The Garden in Concourse C

Mid-June we flew into the Denver Airport, Concourse C specifically. Since we were in Denver to attend the 2019 Garden Blogger's Fling, gardens were on my mind. Yet I would have completely missed this odd airport garden had Andrew not spotted it... 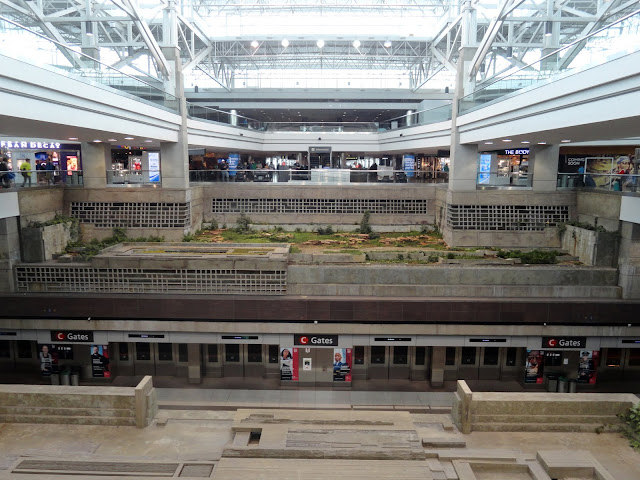 Maybe calling it a garden is a bit of a stretch, but those are plants, and they are real. 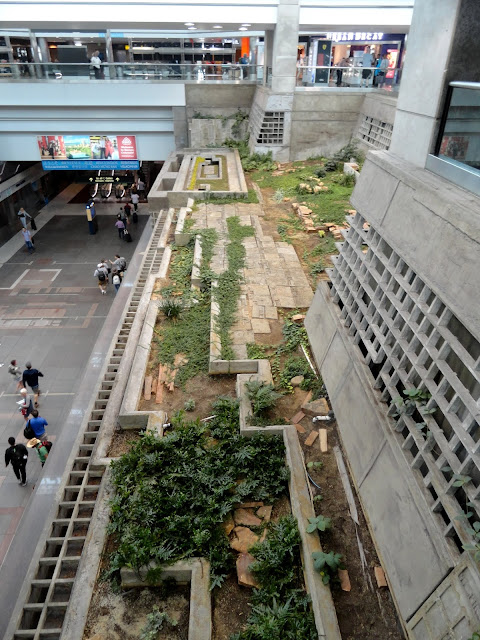 Naturally I turned to Google to find out what it was all about. 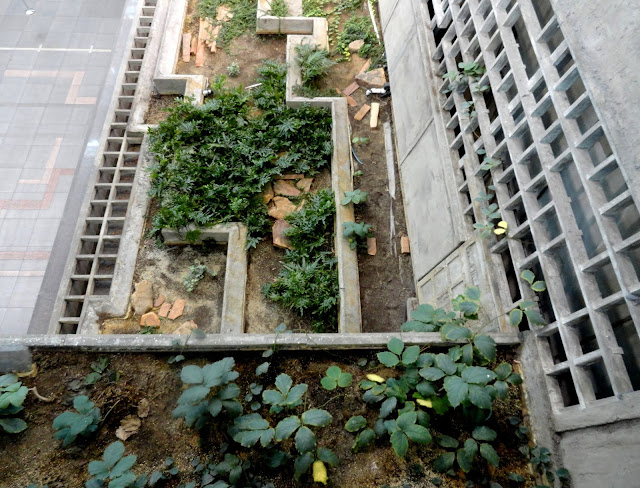 Turns out the installation—which dates back to 1995 and "mimics ancient ruins alive with plant life and flowing water"—has been a bit of a maintenance nightmare according to airport officials "who want to be rid of the needy artwork". They say the garden "leaks, attracts pests, and “creates a hazardous situation for passengers.”" (source) 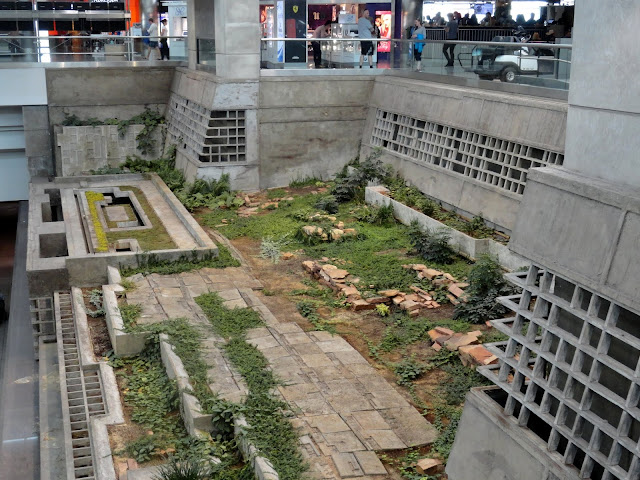 The desire of airport officials to remove the garden ran into push-back from arts advocates. The original work was made possible by a Denver policy that sets aside 1 percent of every major construction budget for art, those advocates see the garden as "a significant piece of the city's artistic identity that needs to be preserved." (source) 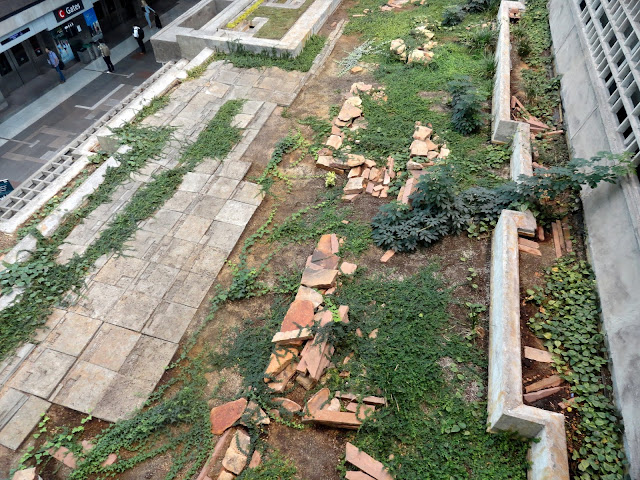 Photos on the artist's website (Michael Singer Studio) show a much lusher garden than the one I saw last month. 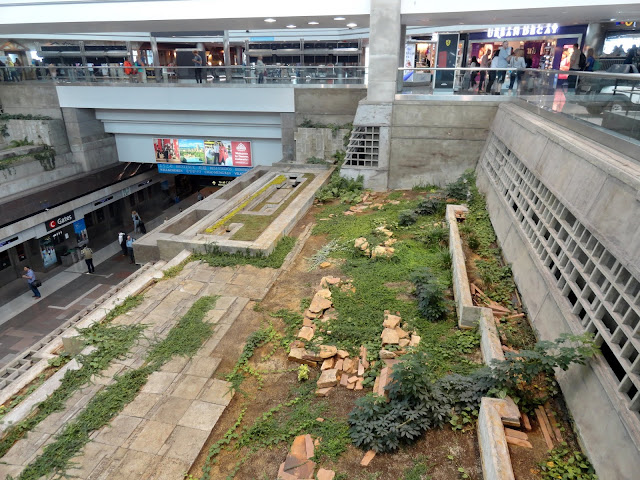 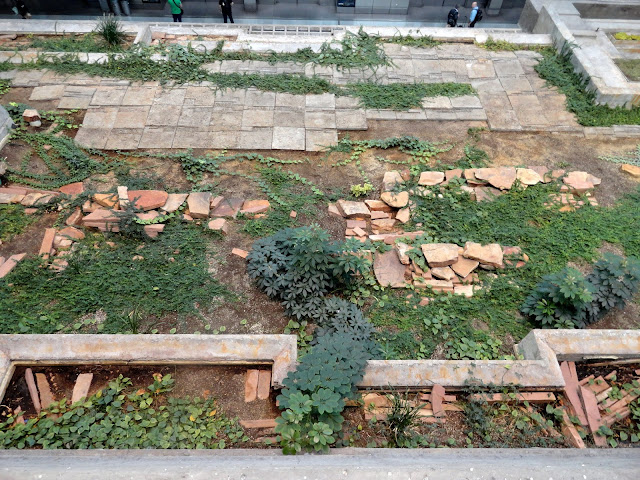 Yet I visited two years later and the garden is still there... 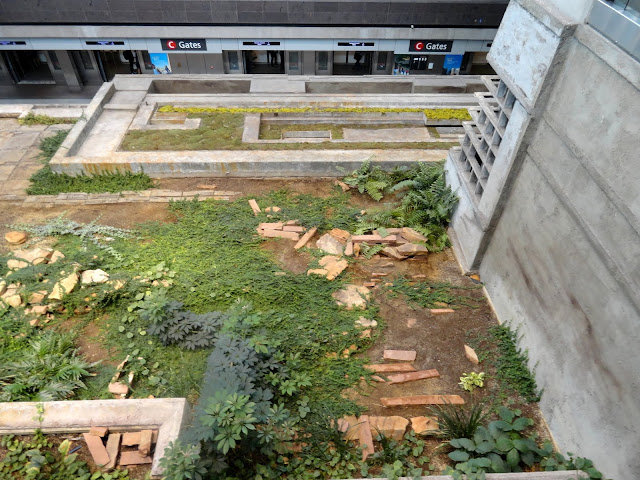 There doesn't appear to be any flowing water however. 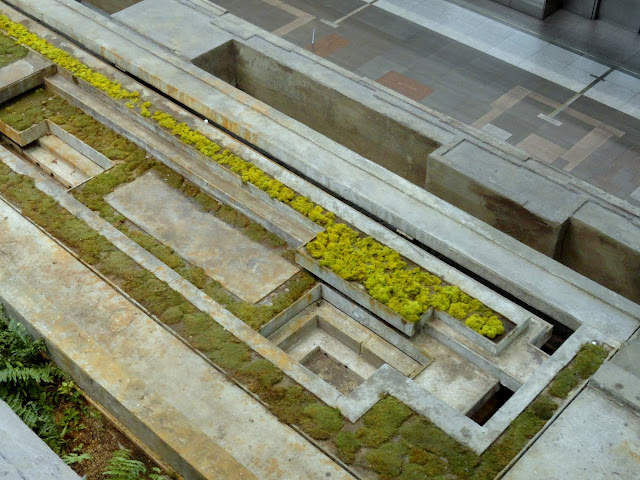 At least none visible to the causal viewer. There must be water available for the plants, unless maintenance staff uses hoses to irrigate. 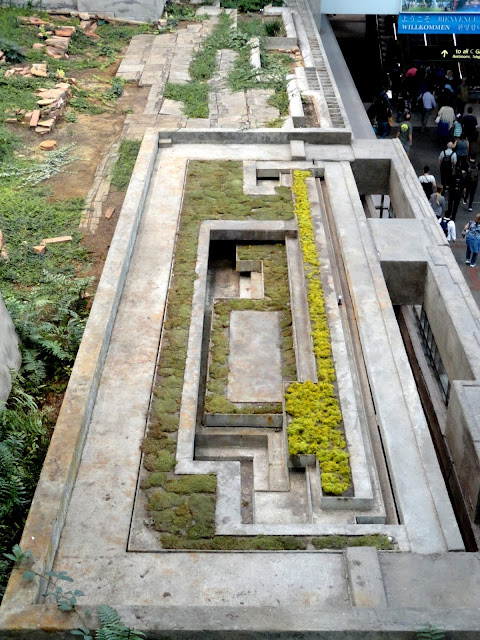 The work has two sides, divided by an open air space below where passengers catch the train to the main terminal. All the photos above, and the one below, were of one side. 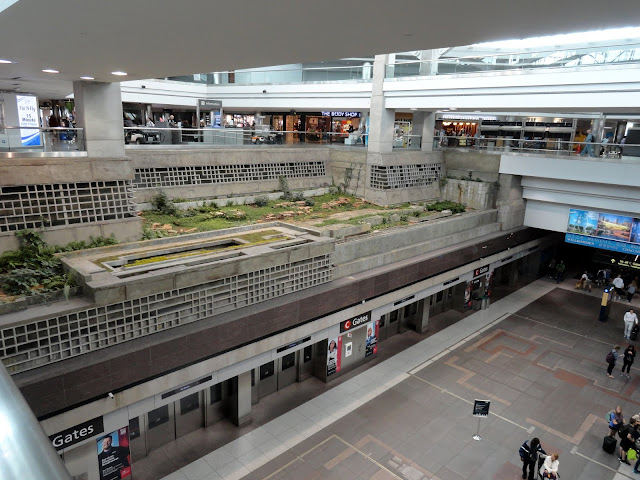 This is the other side... 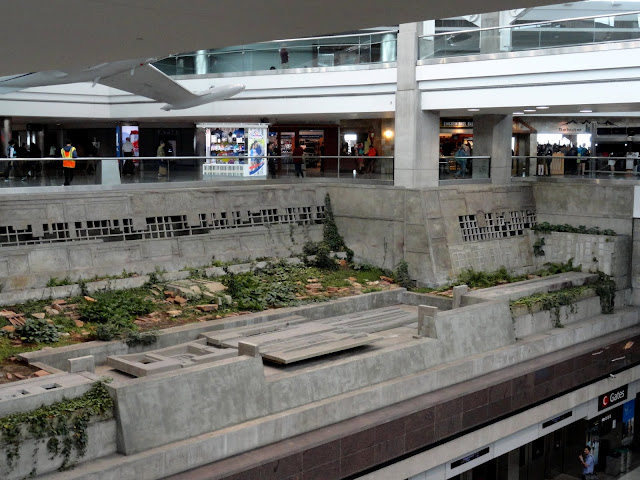 I didn't even notice that airplane in person, it wasn't until looking at my photos that I saw it. 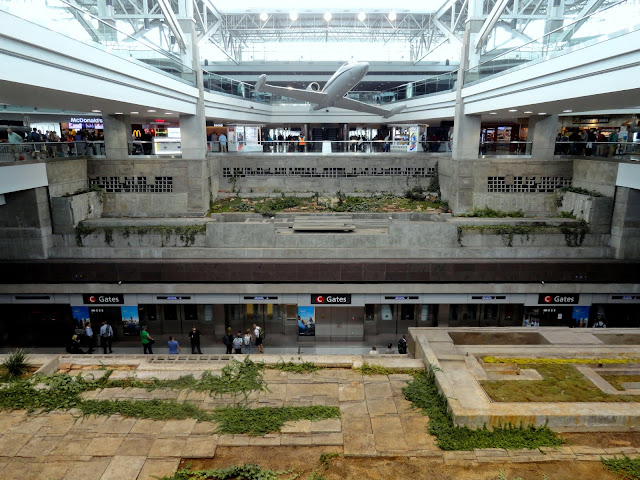 So what's your opinion of the garden? 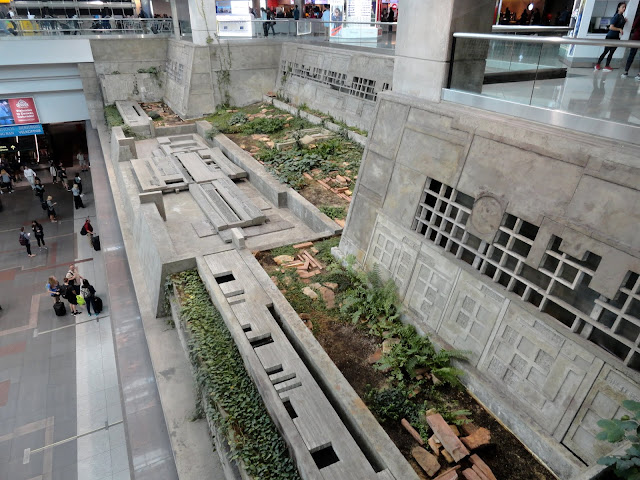 Do you think it should be saved? Do you think it even qualifies as a garden? 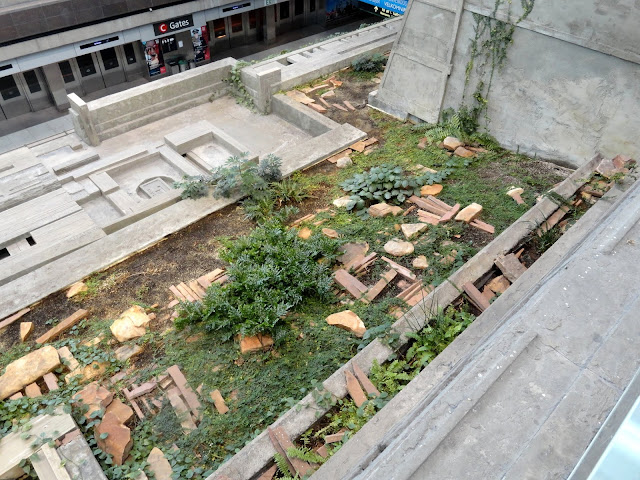 I rather like it. It's odd, a little austere... 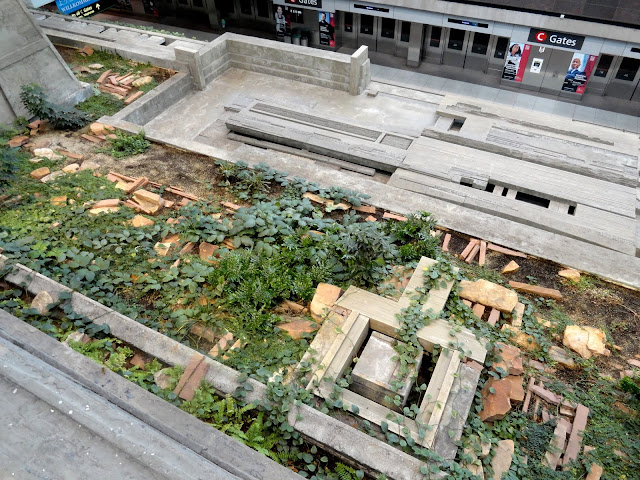 But a nice change from the usual airport fast food and quick grab and go shops. 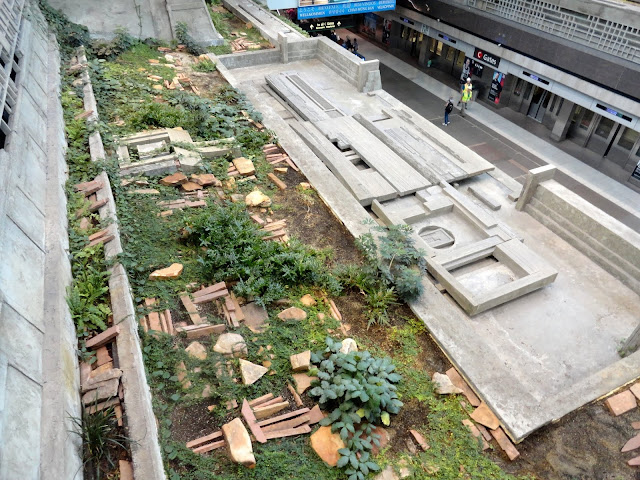