Digitalis some something, takes me by surprise...

Our summer—thus far—has not been continuous days of blazing hot sunshine. I'm not going to complain, there's still the rest of July and August for that, hopefully. One overcast morning last week I realized I need to get over to McMenamins Kennedy School and take some photos for that book I'm working on. Walking towards the dry—spiky—garden just off the parking lot, a tall flowering perennial called out to me. That one, on the right, next to the stunning Dasylirion wheeleri... 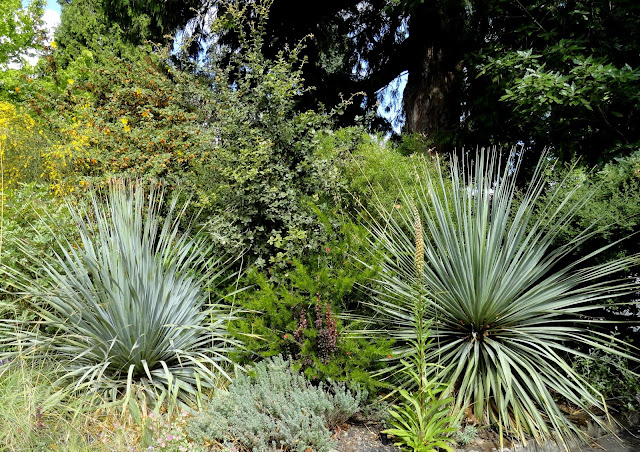 The thing is, I am horribly ignorant of most flowering perennials, they just aren't my thing, so I devote very few brain cells to them. I knew enough to know this was a foxglove, digitalis. But which digitalis? D. ferruginea aka rusty floxglove? D. lanata aka woolly foxglove or Grecian foxglove? 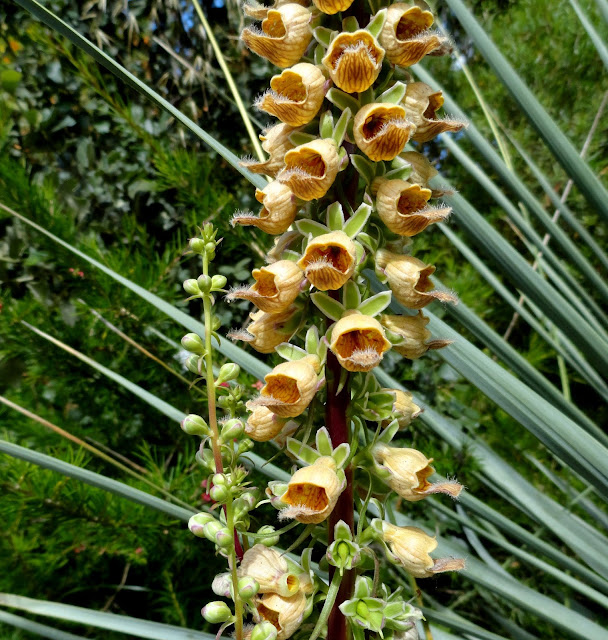 I have no idea, but I was rather enchanted. Wishing I had a few of them in my own garden... 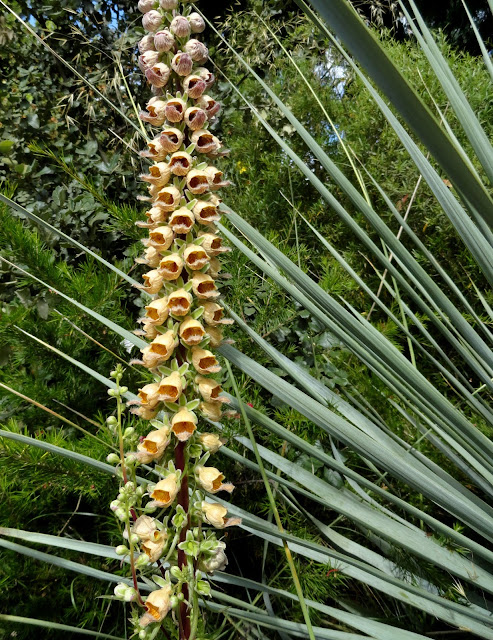