There's always an Agave, if you look hard enough...

I almost called this post "I see Agaves" — you know like Cole in The Sixth Sense. But instead I'm referring to my quote about there always being an Agave. Sometimes you don't even have to look hard!

Day one in Paris and Andrew and I are bound for le Jardin des Plantes. I spot a tiny triangular garden along the Seine, in front of the English language bookstore Shakespeare and Company. Well what do you know! I've been in Paris for mere hours and I've already spotted an Agave (or two). I was not expecting that. 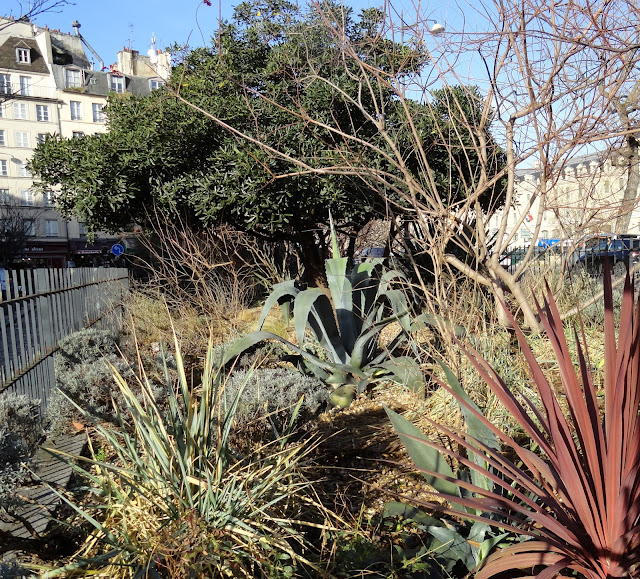 What do you suppose it is? A. americana? A version of? 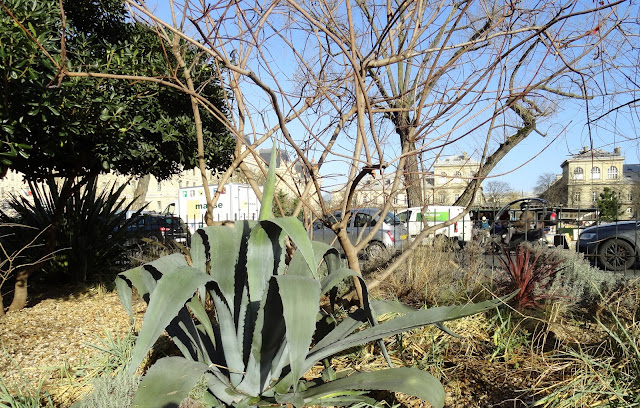 It's obviously been there awhile and looks quite happy. 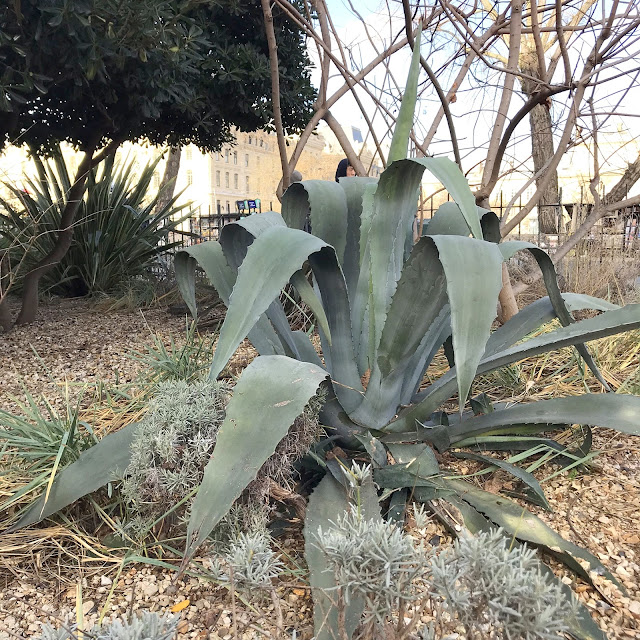 Day two and we're heading to the the Musée de l'Homme (located in the Palais de Chaillot), the palm trees caught my eye — there were palms (Trachycarpus) all over Paris. But wait, what's that.... 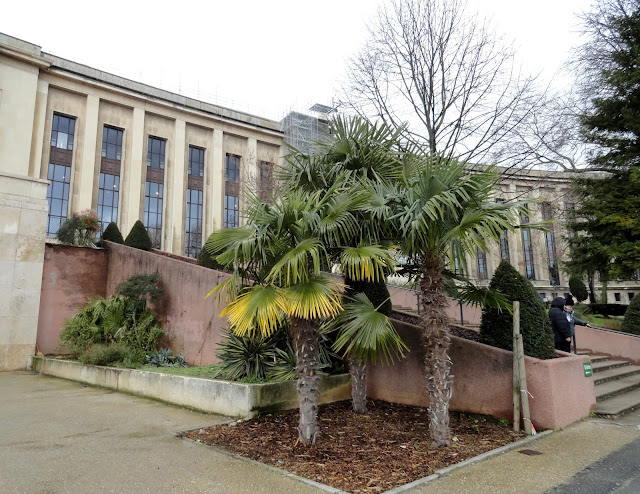 Agaves! The planting area looks a little forgotten, and those Agaves look like maybe they're pups from a plant that bloomed and died? But still, two days in Paris and two Agave sightings. Will my streak continue? 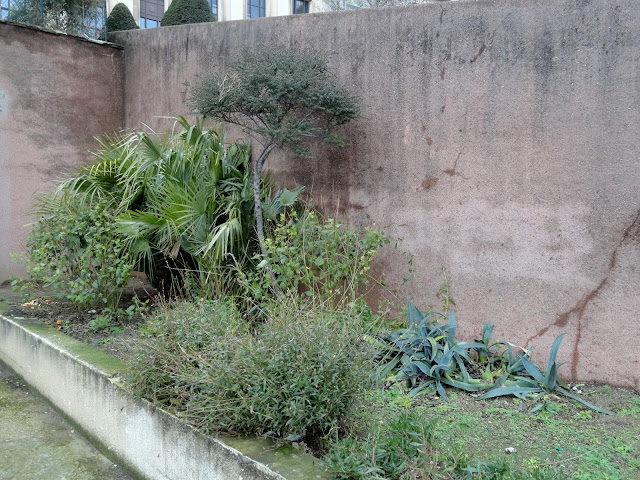 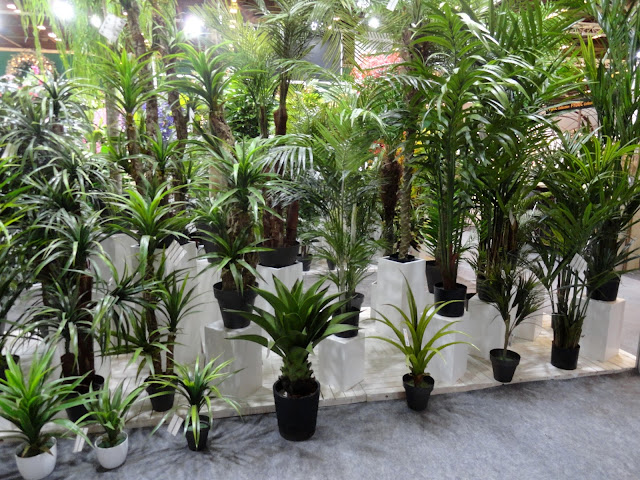 If so my streak is alive! 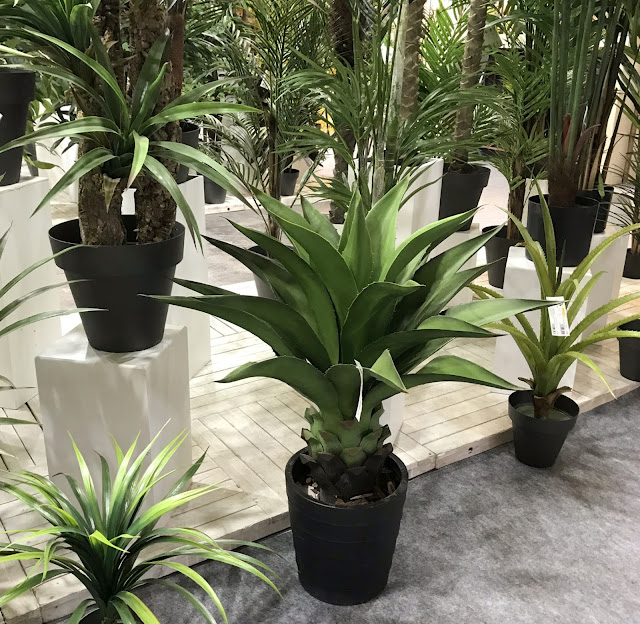 Not a bad fake, if you're into such things. 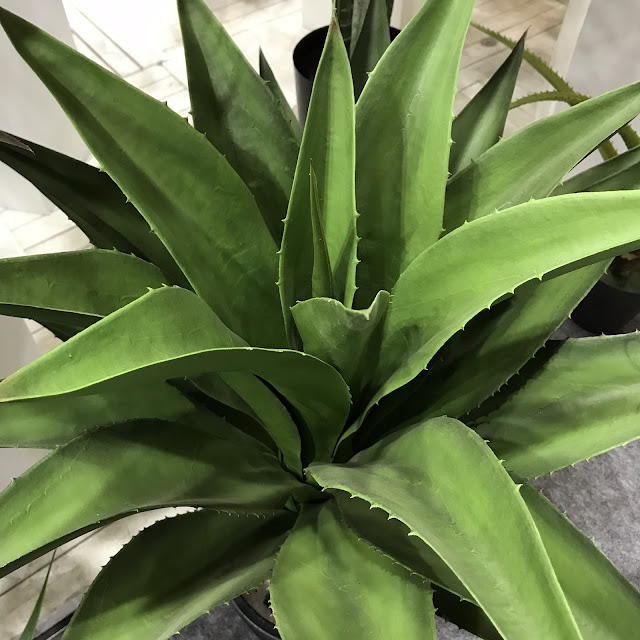 Day four and I was out and about all over town, including a visit to the Luxembourg Gardens. No Agaves though, not a single one. I decided these wicked metal security shapes outside the Universite de Paris (aka the Sorbonne) would count.... 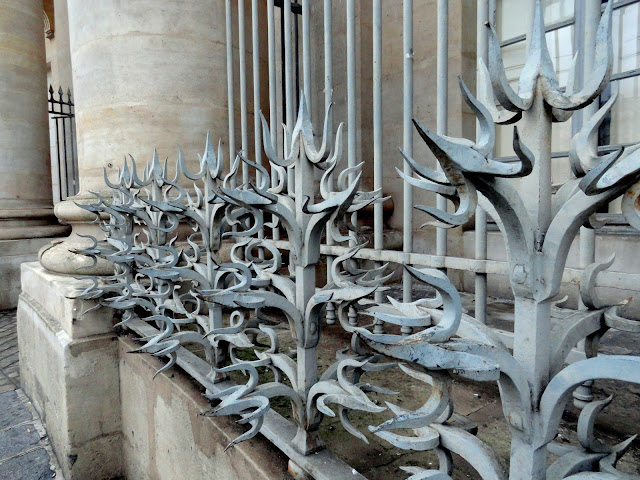 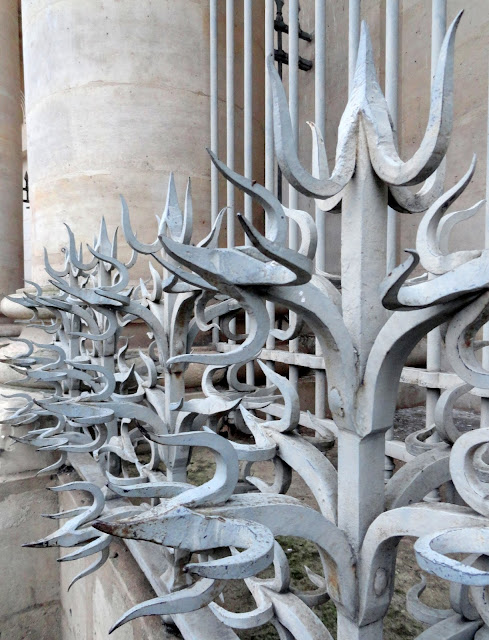 Days five thru seven yielded nothing, but on our last day walking the city....look what I spotted in a shop window... 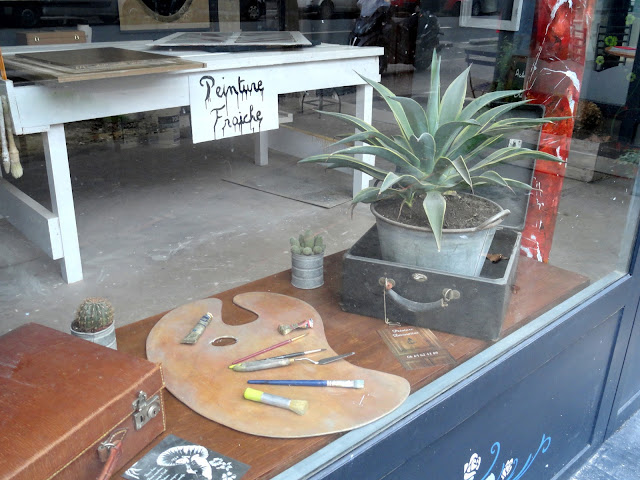 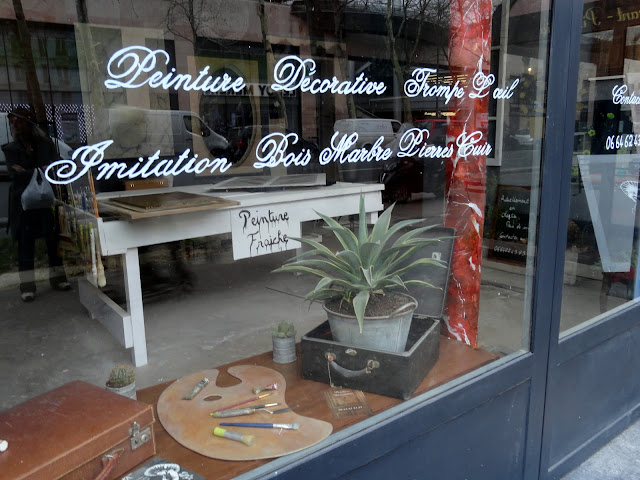 A little off subject, but if you like to listen to gardening podcasts and want to hear me talk about things near and dear to my gardening heart (Lila, Sammy, Clifford, Andrew and blogging — not necessarily in that order) give a listen to this week's Cultivating Place podcast, here.