Wednesday Vignette, "the path this country has taken has never been a straight line, we zig and zag"

I took this photo yesterday afternoon, on what was a beautiful day — sunny and warm, full of possibility. The blue sky echoed my feelings of unbound optimism. This vile election was about to end and my country was going to finally elect it's first female president, someone that I believed would govern with our best interests in mind and would honorably represent our country to the rest of world. Someone we could be proud of. Someone who would protect the marginalized, and raise us all up in the process. And most importantly, someone who, if given the chance, would appoint Supreme Court justices that would uphold the laws that reflect the progress we as a country have made. 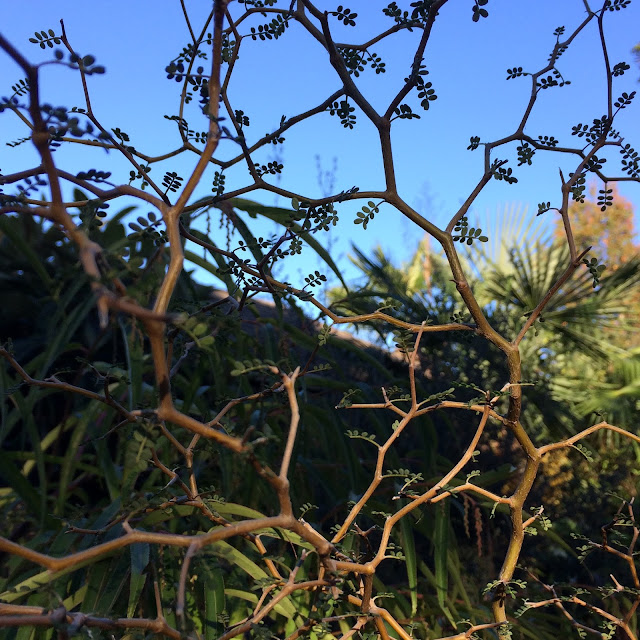 But that didn't happen, did it? Instead we've gone into the dark. I am so profoundly disappointed in my fellow Americans. I am embarrassed by what we've created and unleashed upon the world.

My apologies to the beautiful Sophora prostrata 'Little Baby', a great plant that doesn't deserve to be associated with this horrible event, but it was the only photo I could think of to represent how I was feeling. We will garden on. We must. It may be the only thing that gets us through these next four years, that and love. I refuse to hate, although I will question, and fight — fight to get back into the light.

*UPDATE* - after listening to President Obama's comments this morning I changed the title of this post, it seemed fitting, what with that zigging and zagging.