In a Vase on Monday, self-serve flowers

Instead of sharing one of my own creations this week I'm taking you to Vashon Island, Washington. I was there to visit Dig Nursery (beautiful post coming soon). En-route, zipping along a picturesque country road — which yes, also happens to be a highway — I saw this yellow cart and sign. My eyes read "Self Serve Flowers" and my heart — which was still feeling a little mangled from our recent political and social events — skipped a beat. Really? 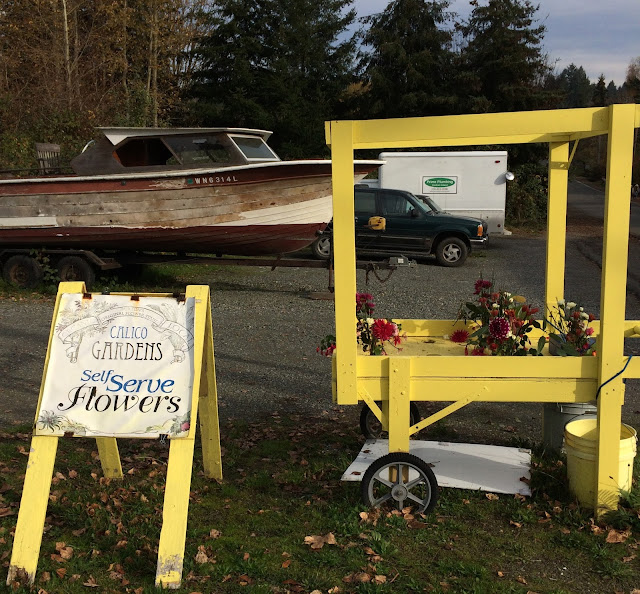 Simple, colorful, flowers. Put out on a corner, trusting that whoever stopped to help themselves to these bouquets in a plastic to-go cup, would leave behind payment. How 1950, in 2016. I wanted to move to Vashon Island right then and there. Trust. What a concept. 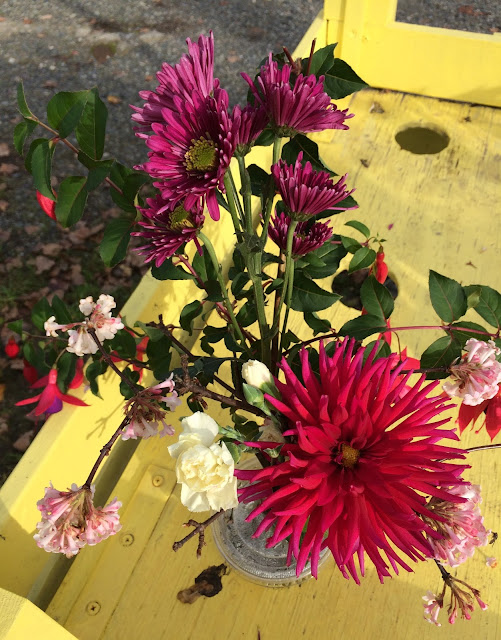 This display had me thinking back to an Instagram message sent out by Portland's Solabee Flowers after the election: "We are wordless. In light of the message we received last night, one of intolerance and division, we will continue to send love out to our community. Come in if you need a little extra love, or know someone who needs love right now. We're giving away free roses all day as a gesture of solidarity." They also participated in Portland's recent "Petal it Forward" event where people were given two bouquets, one for themselves and one to give to a stranger. This is similar to something my friend Riz Reyes (a supremely talented floral designer) has done in the past, handing a bouquet to a stranger to brighten their day, no strings attached. 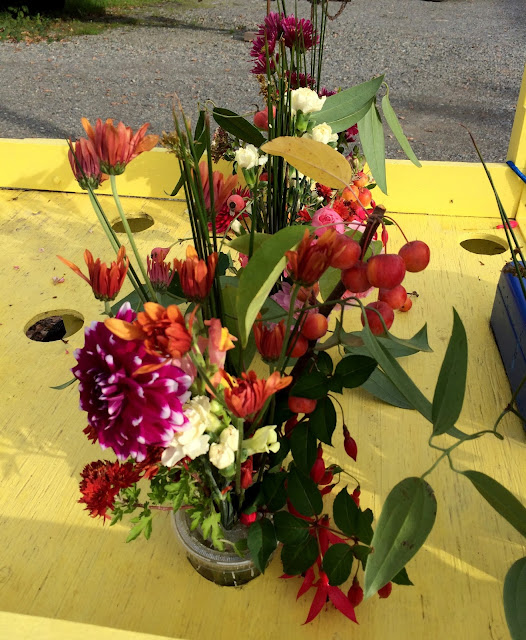 So I hatched a little plan. I'm going to make at least one holiday-themed arrangement this year and give it away. I think I'll stick to my neighborhood, and I've already got a couple of houses in mind, folks I don't think have such things in their life regularly. Ideally I'd like to do more than one but I'm a believer in "under promise / over deliver" even when it's myself I'm promising too. Will you consider joining me?

In a "Vase on Monday" is hosted by Cathy at Rambling in the Garden. I'm fairly sure she'll see fit to forgive me for deviating from the "cut things from your garden" theme of the meme. 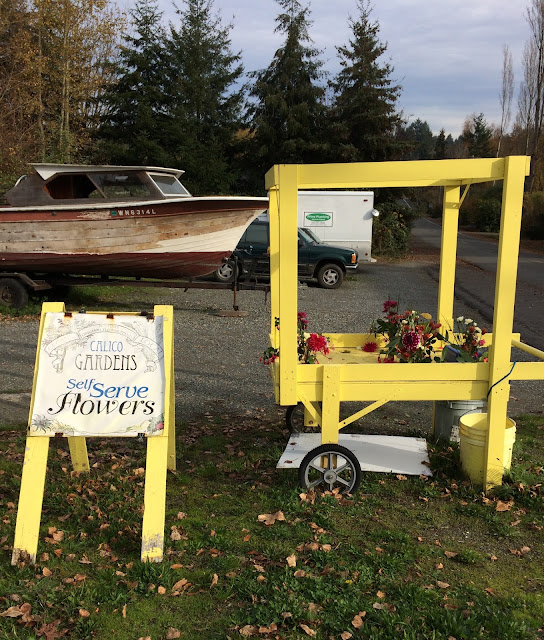