In a couple of years, this is going to be amazing...

Back in the days before it became all rain, all the time, here in Western Oregon, we occasionally had blue skies. They were wonderful, even better when they're sharing space with a bunch of Agaves... 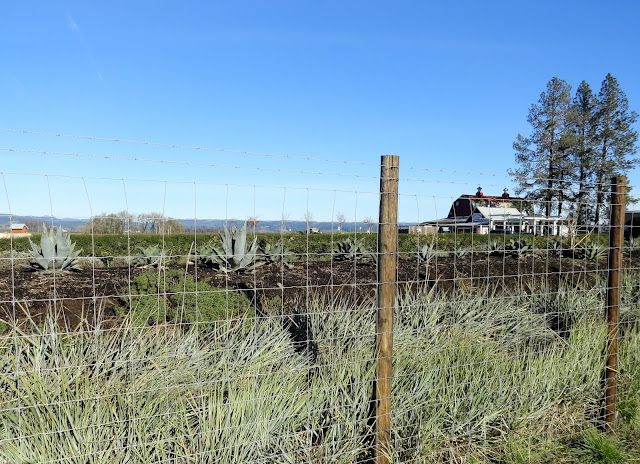 I discovered this mass of Agave goodness the day we drove out to meet some friends for wine tasting. They're planted in the berm alongside Blooming Junction Nursery in Cornelius, Oregon. 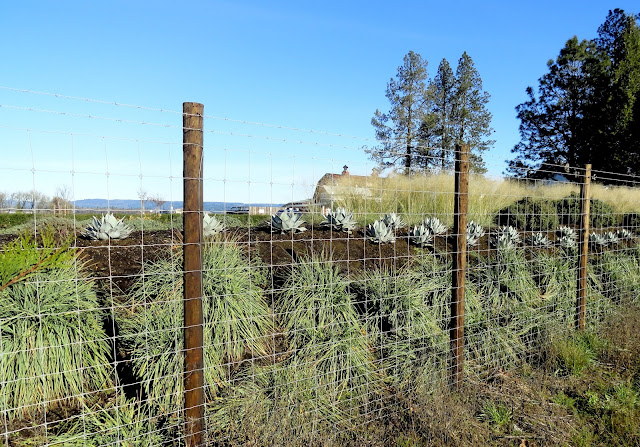 There are at least 17 Agave ovatifolia... 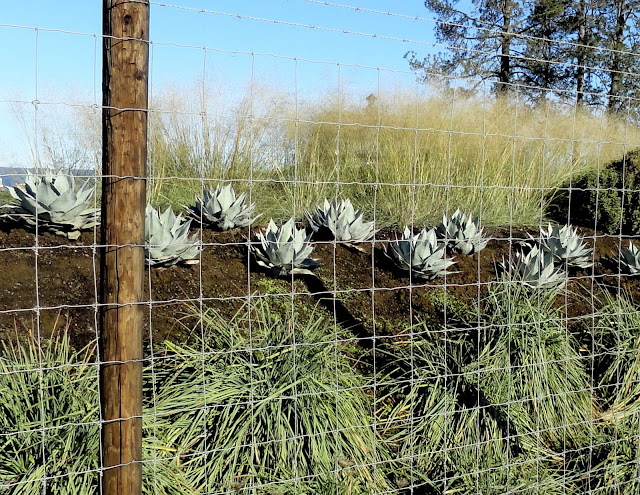 And so many others! 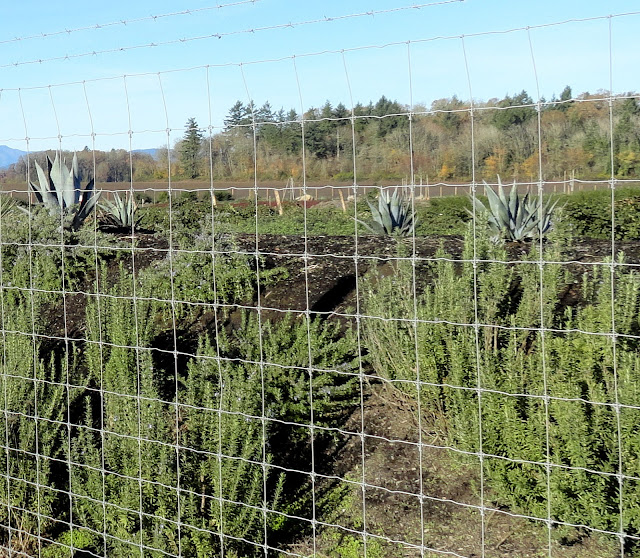 It gets a little colder out in Cornelius, but of course everything they've planted should be fine as long as the drainage is sufficient. It will be interesting to watch and see how they do, in time this could be Agave madness! 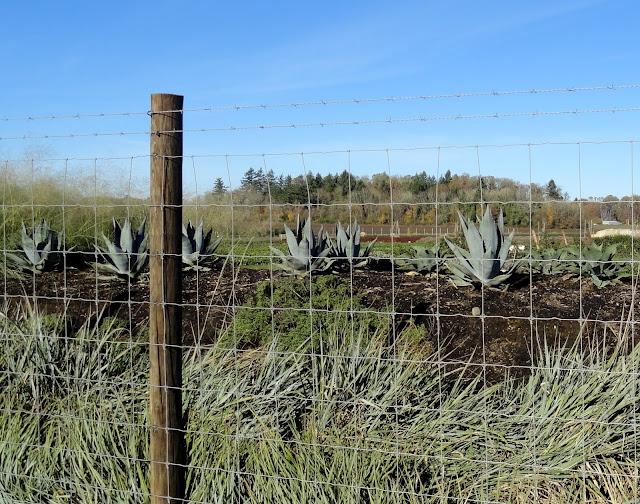 I do wonder what the 16 Seasons are though... 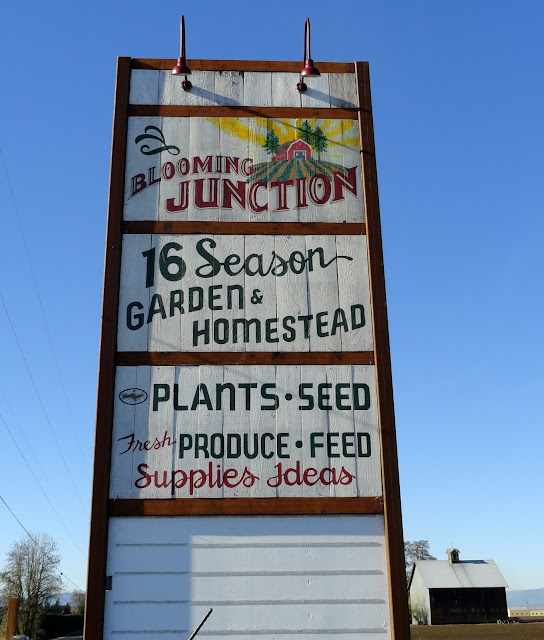 Because they were closed for the season when I was there... 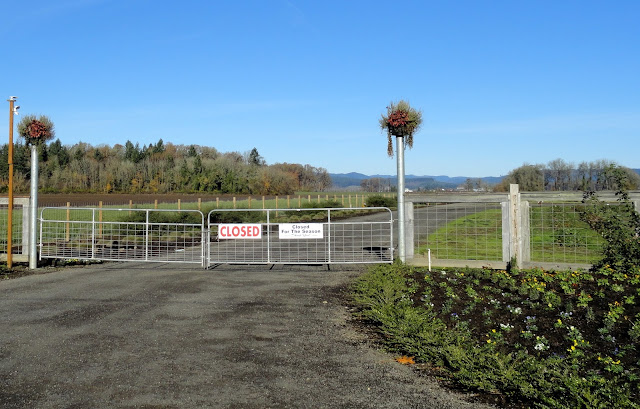