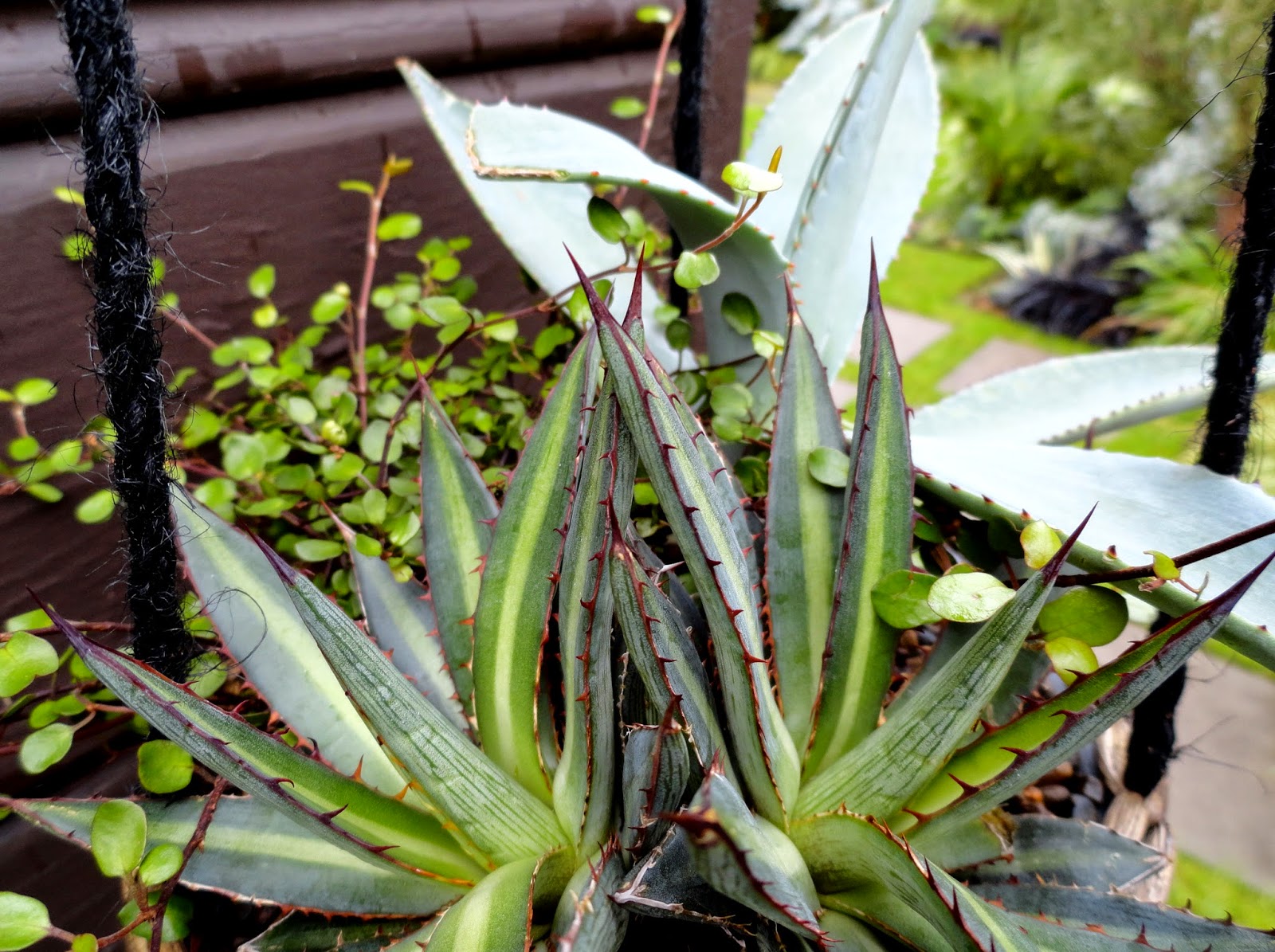 Last year I conquered the dreaded empty plant hook issue with winter-weather appropriate containers. While I loved the hanging device I grew to dislike the containers themselves, so I'd been on the lookout for something new. Instead I spotted these at IKEA. I've been on a woven textural kick lately so I instantly adored them. Plus they were cheap. 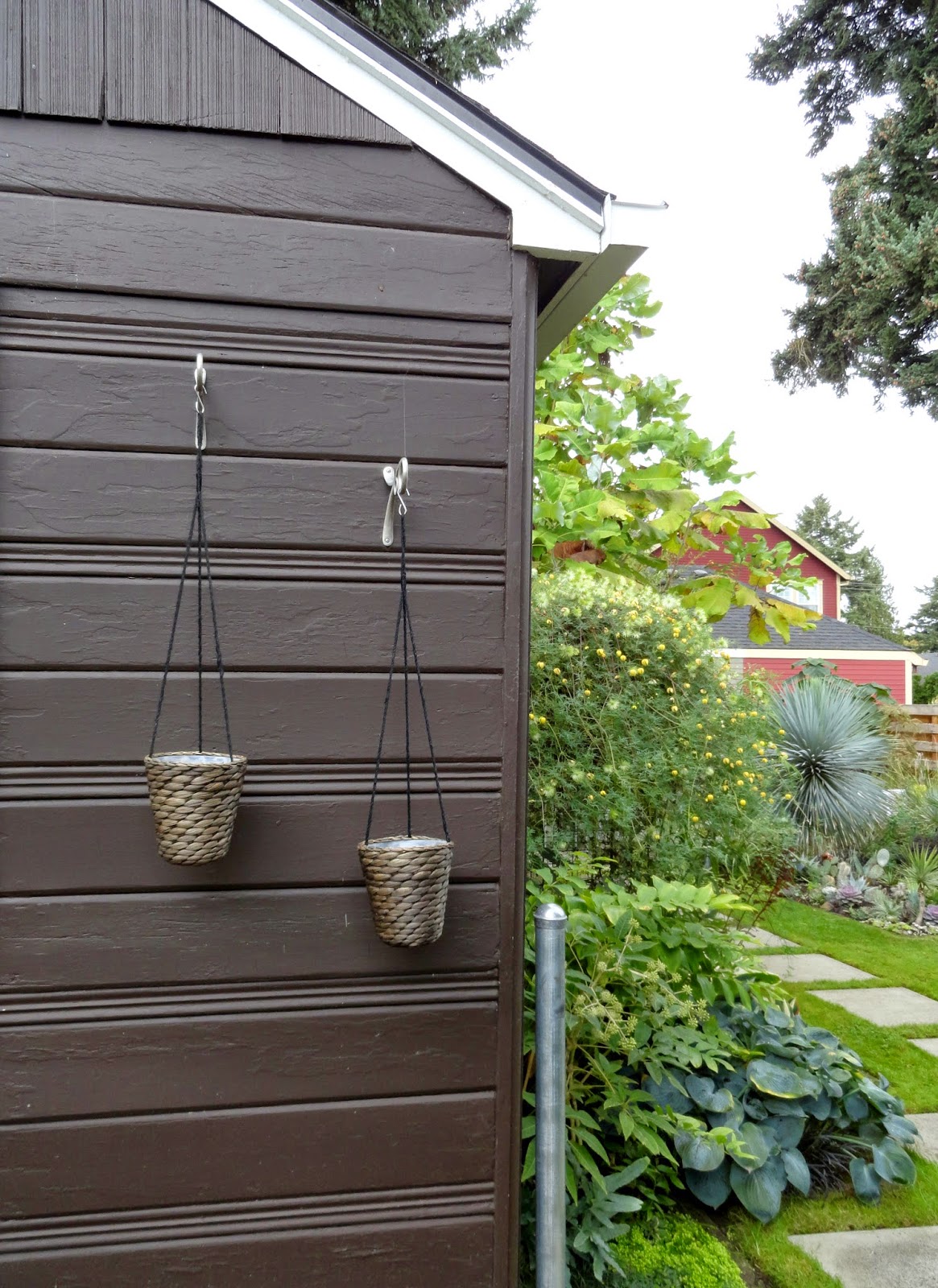 The inside was non-draining, but that's nothing a small sledge hammer and big nail can't take care of. Obviously the woven material (it's actually water hyacinth, according to their website) will soak up the rain, but I'm only asking them to last a season, and maybe they'll start to grow moss like my coir doormat does. The lines they're hanging from seemed to have acrylic in them but now I see it's just jute, hopefully they won't rot in just one season. 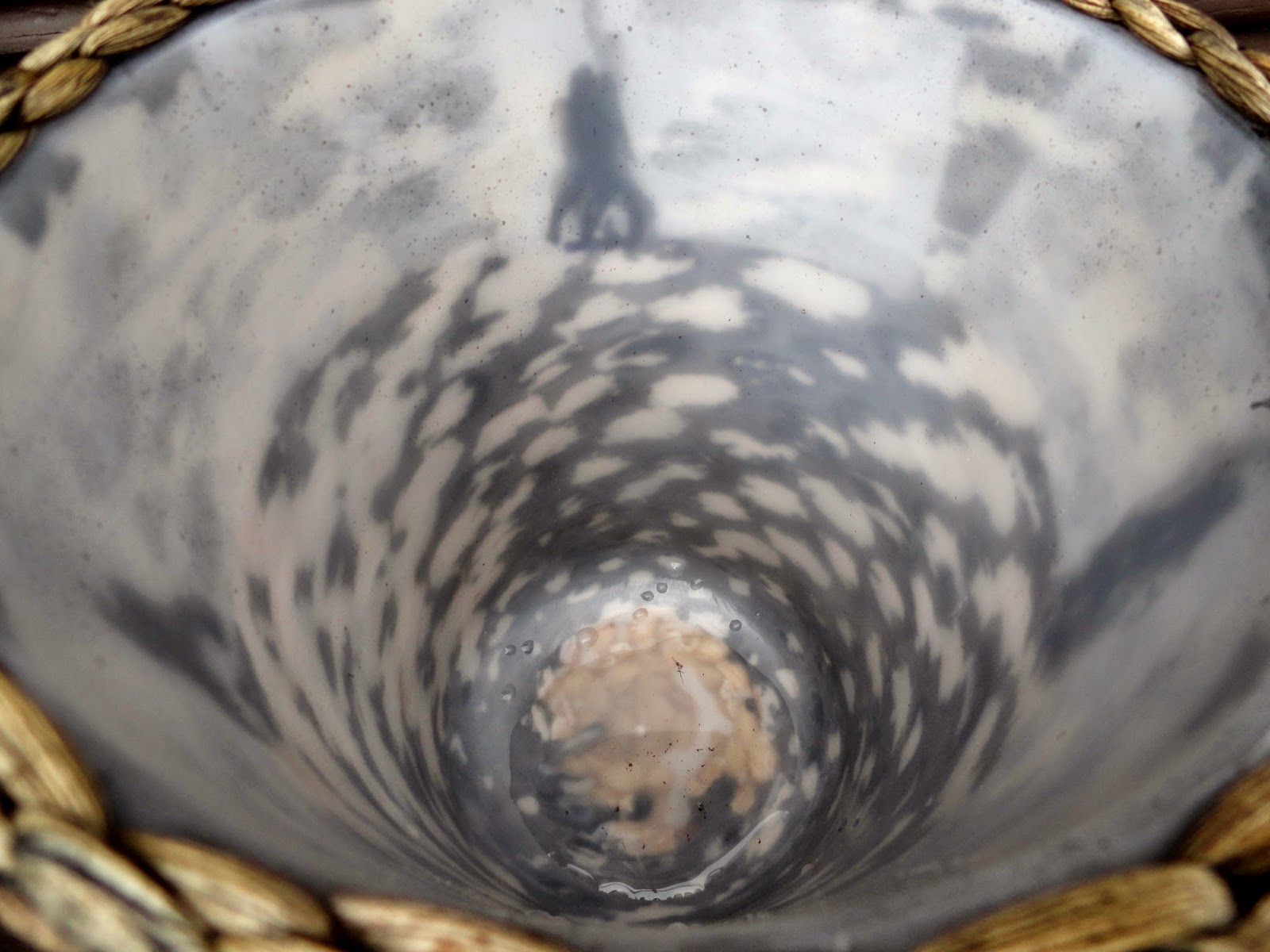 So here's the finished product. Which brings me to the title of this post...I wonder why? I am the poster child for "one pot, one plant" I do not like mixed plantings. Ever. Yet for two years in a row I've done them here, in my winter hanging containers. Why? 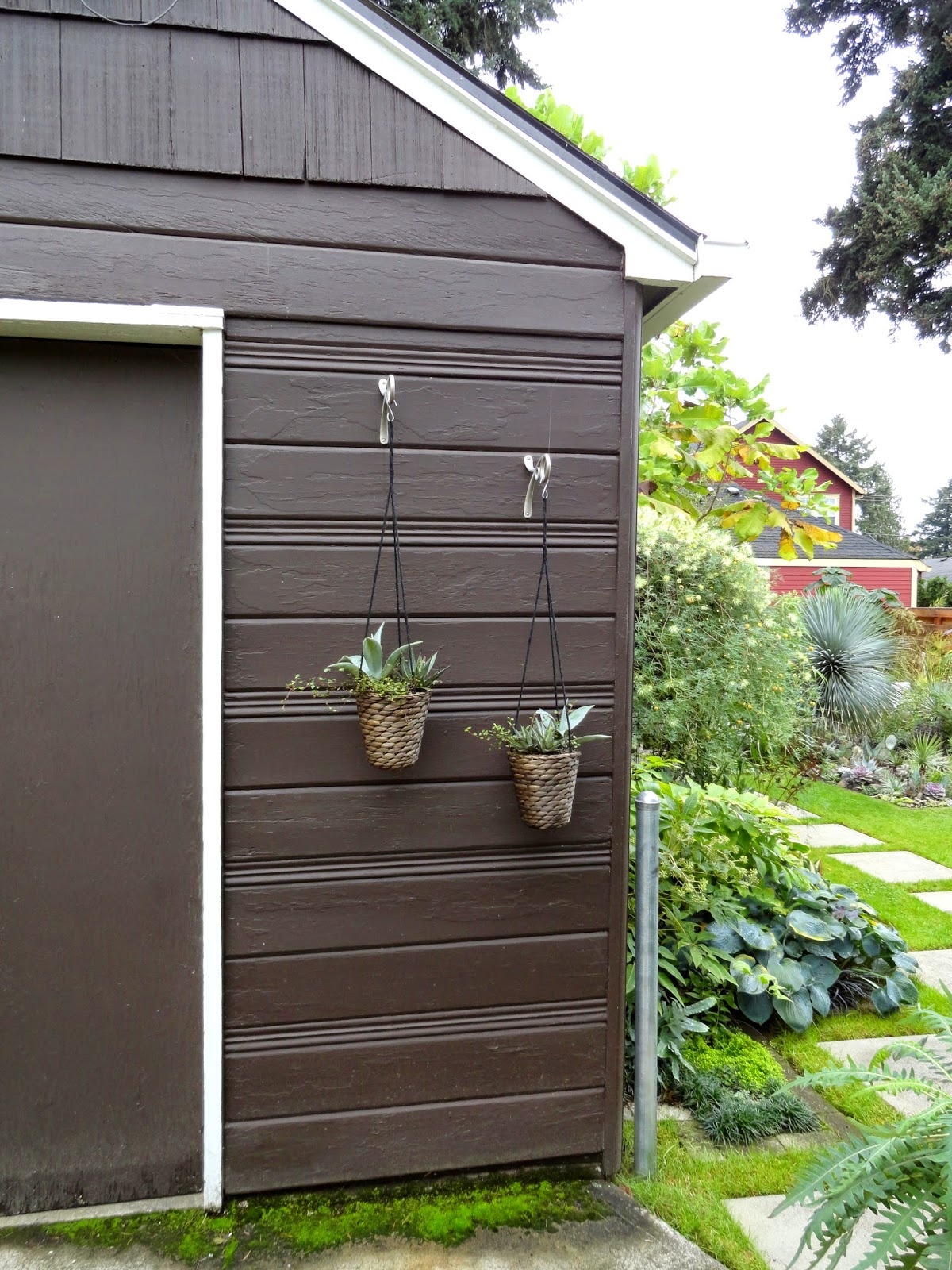 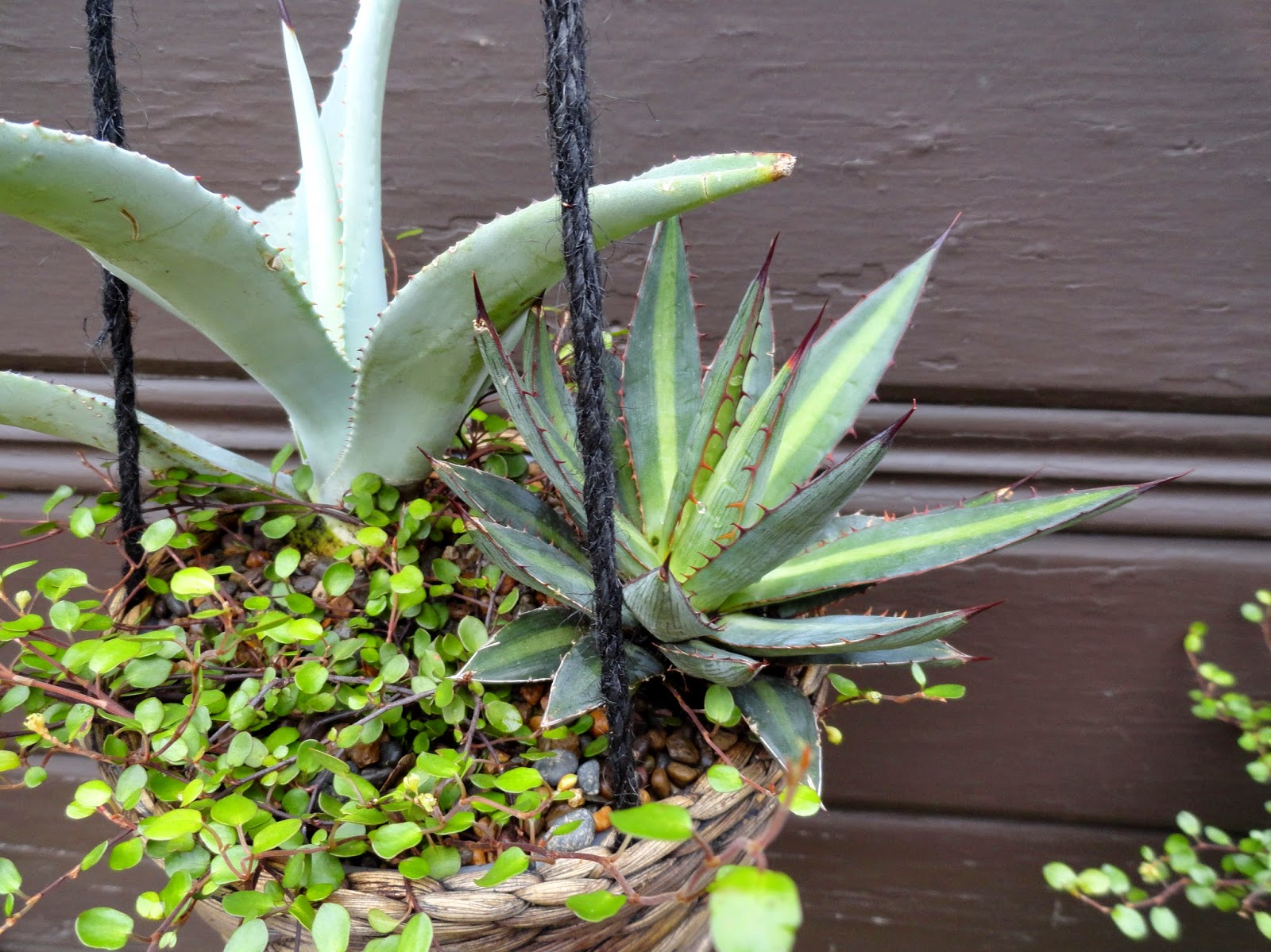 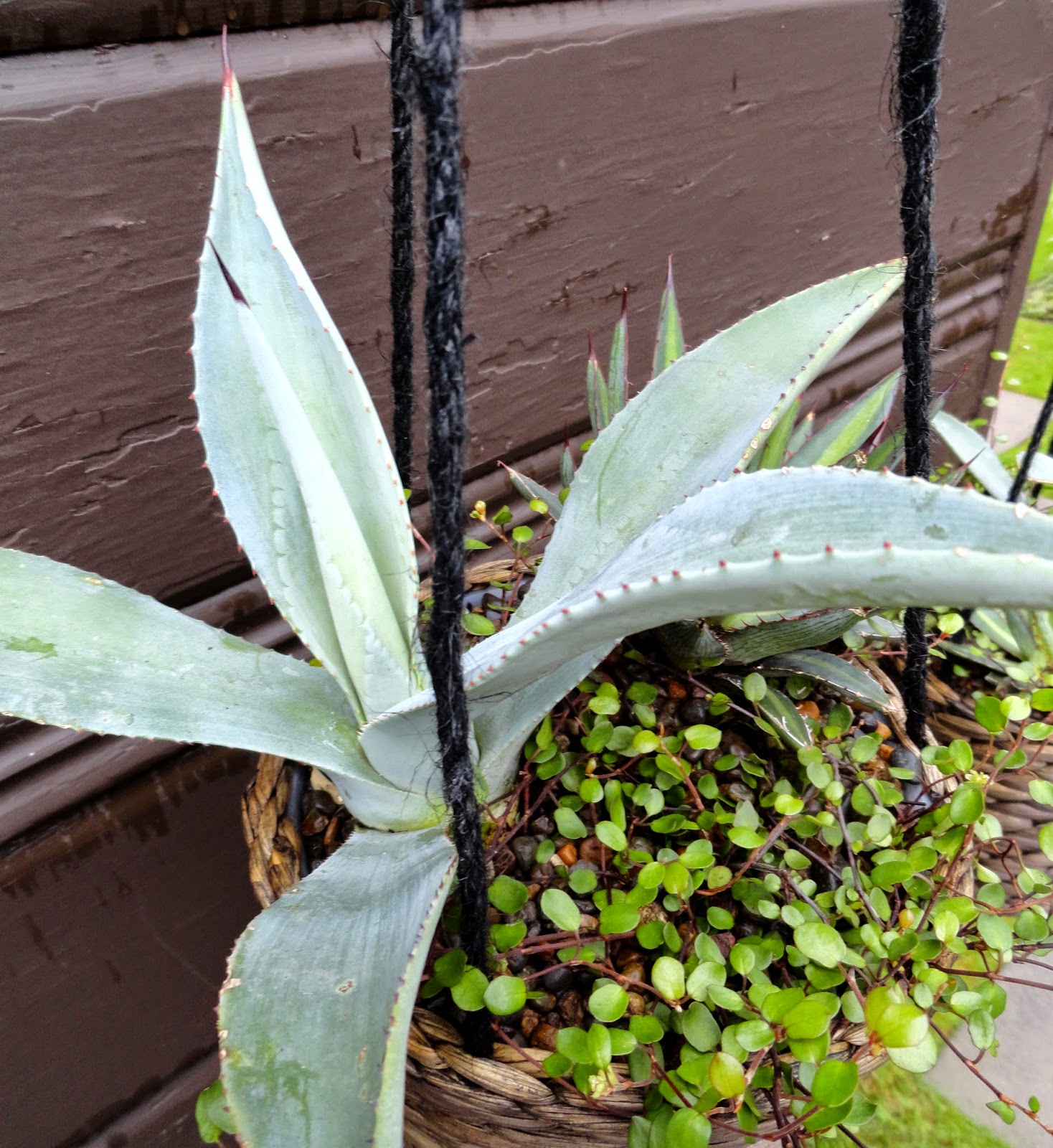 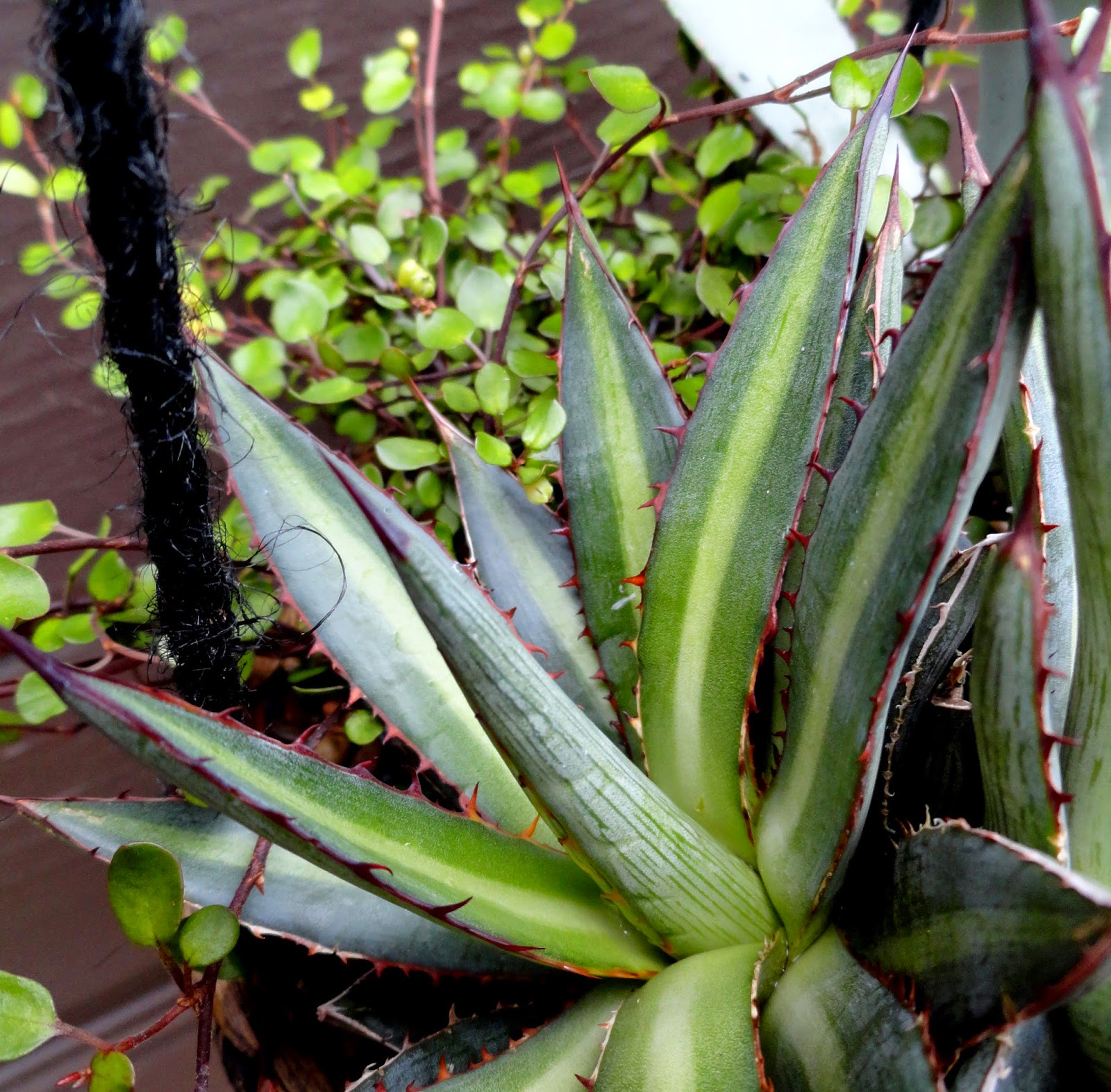 And that Muehlenbeckia axillaris (Creeping Wire Vine) is basically able to take over the world as long as it's grown in Zone 6 or above. So I've been thinking about my clashing opinions about mixed containers. I wonder if it's a need to have a mini garden close at hand, one that I can observe multiple times a day as I come and go? (at a time of the year when my regular gardening interactions are limited). That's got to be it, right? 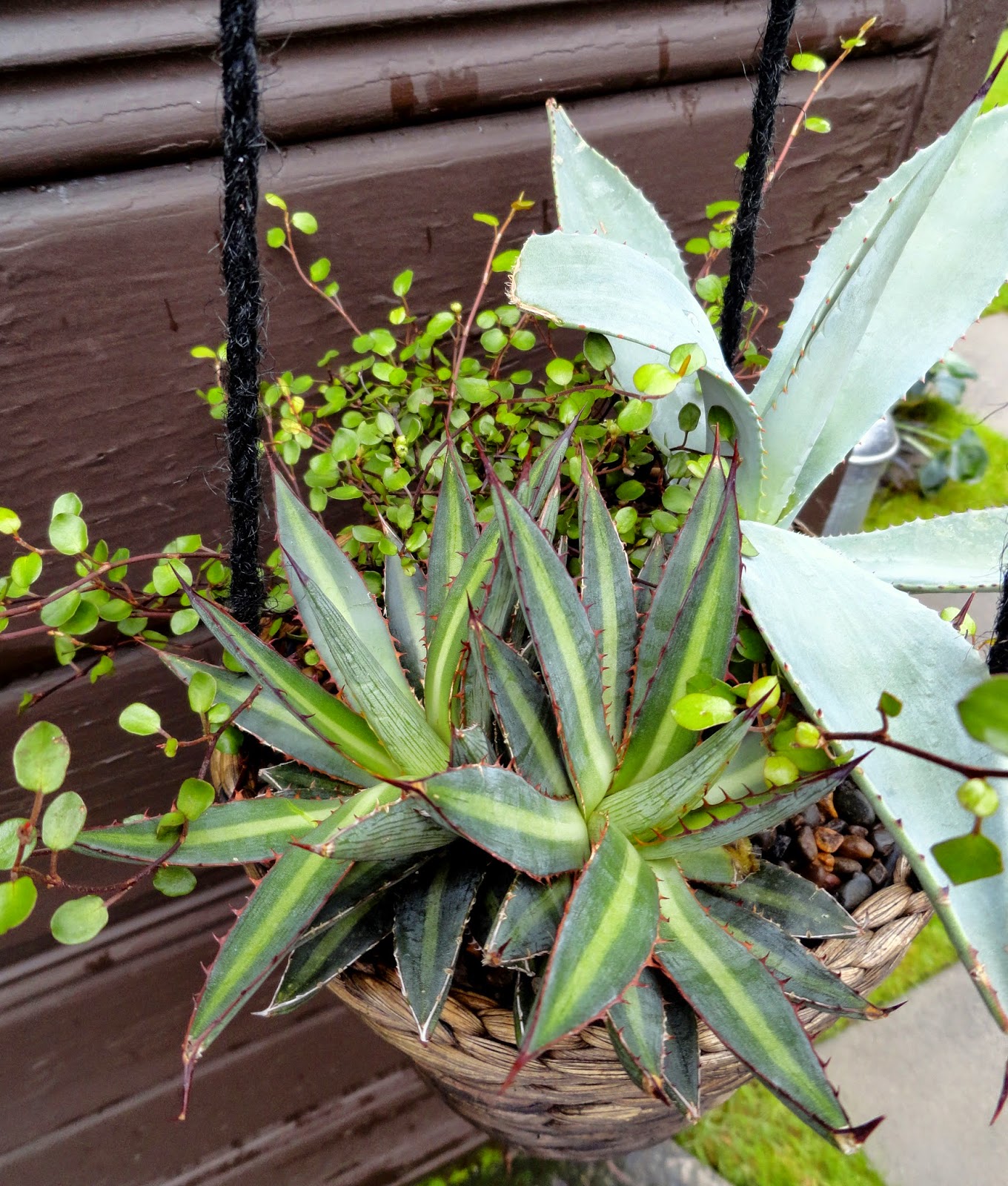