Daphniphyllum macropodum v. humile is my favorite plant in the garden, this week...

My first encounter with Daphniphyllum macropodum was at the UBC (University of British Columbia) Botanical Garden in autumn of 2010. 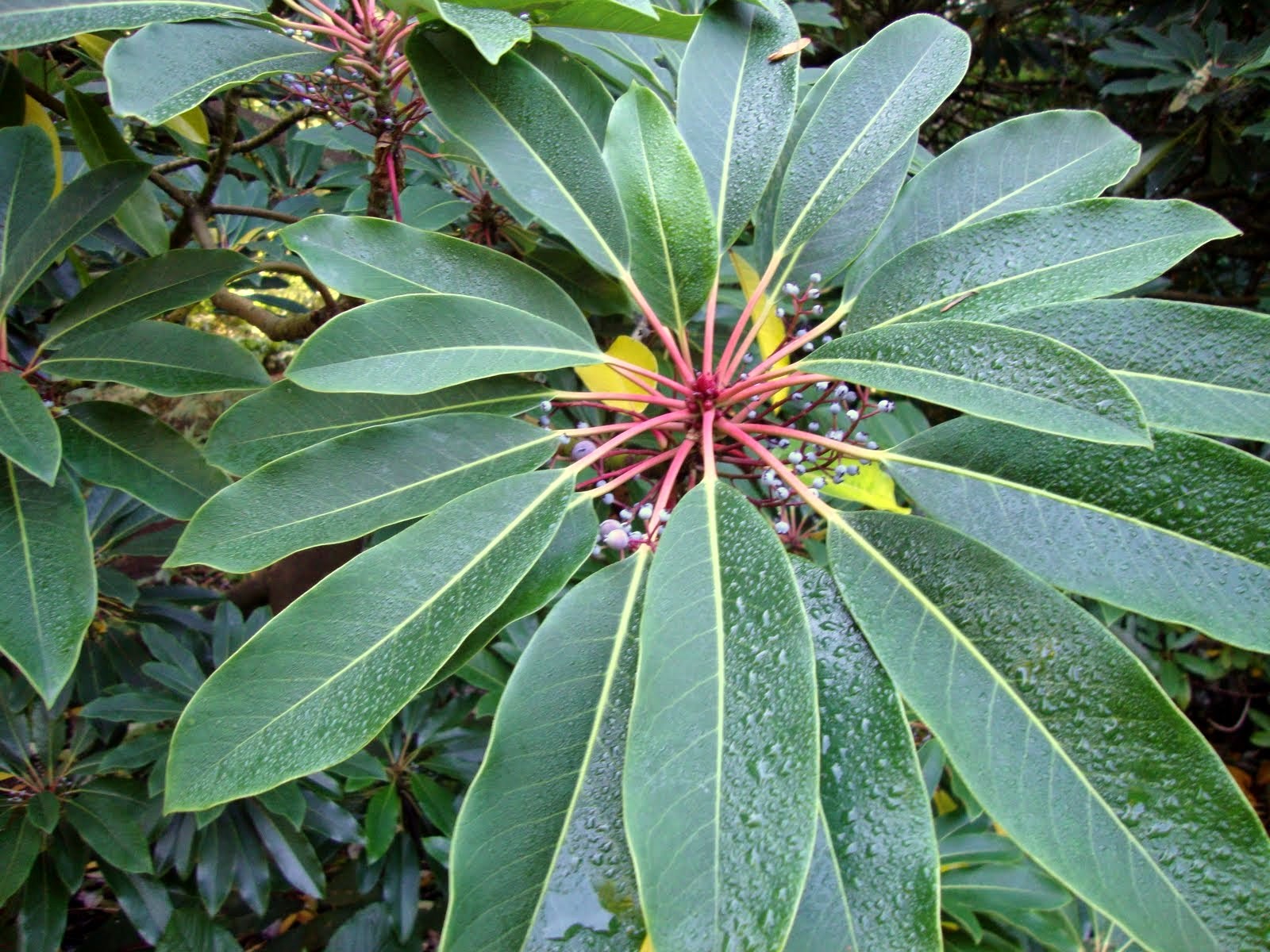 The second, which could (by then) be considered an infatuation, was during a very cold visit to Portland's Lan Su Chinese Garden in January of 2011. While I'm a sucker for the large leaves it's the pink petioles that draw me to this plant over and over. 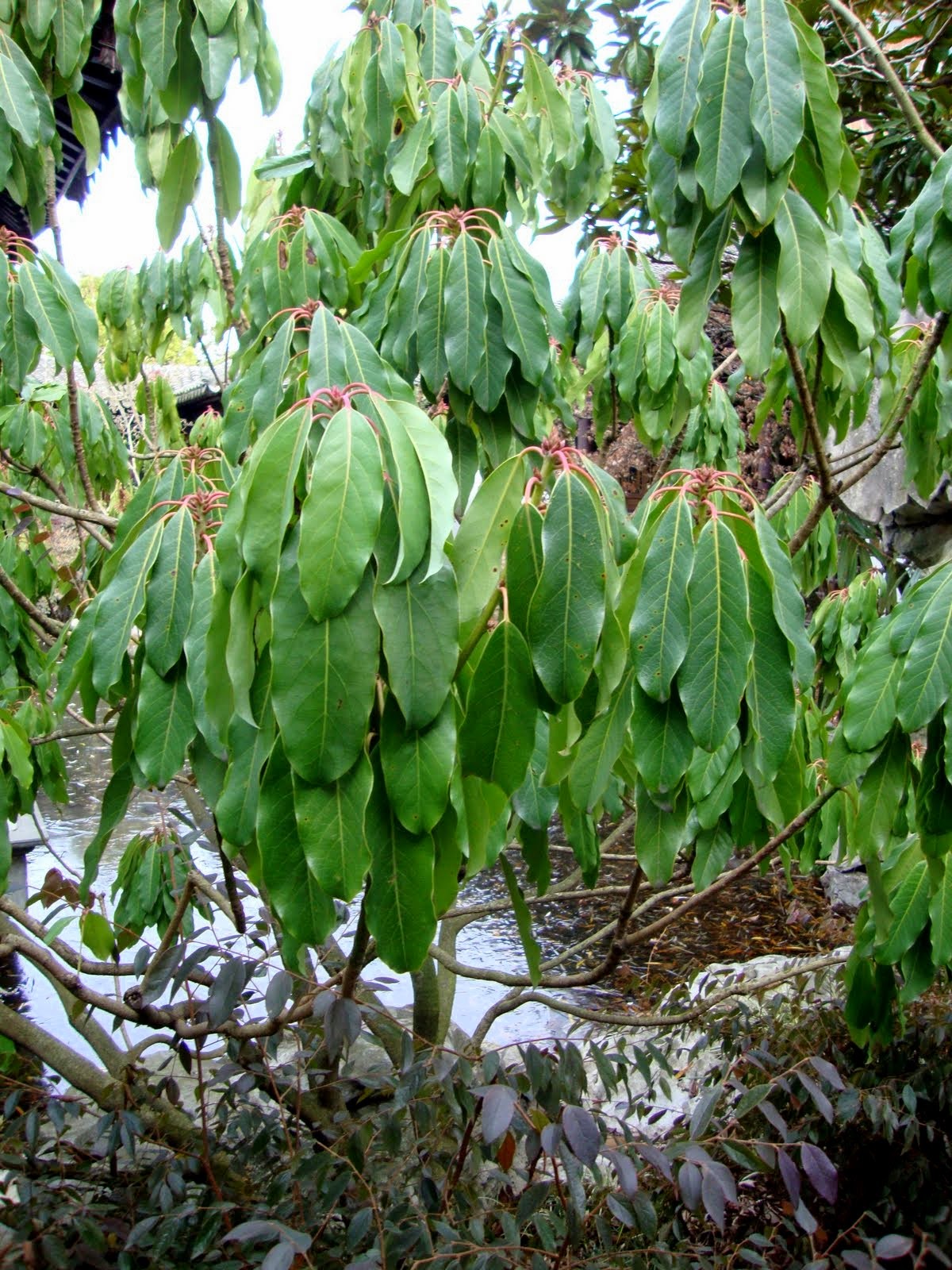 I finally got to add one of these plants to my garden last spring and while I loved it then I love it even more now, because it's colored up... 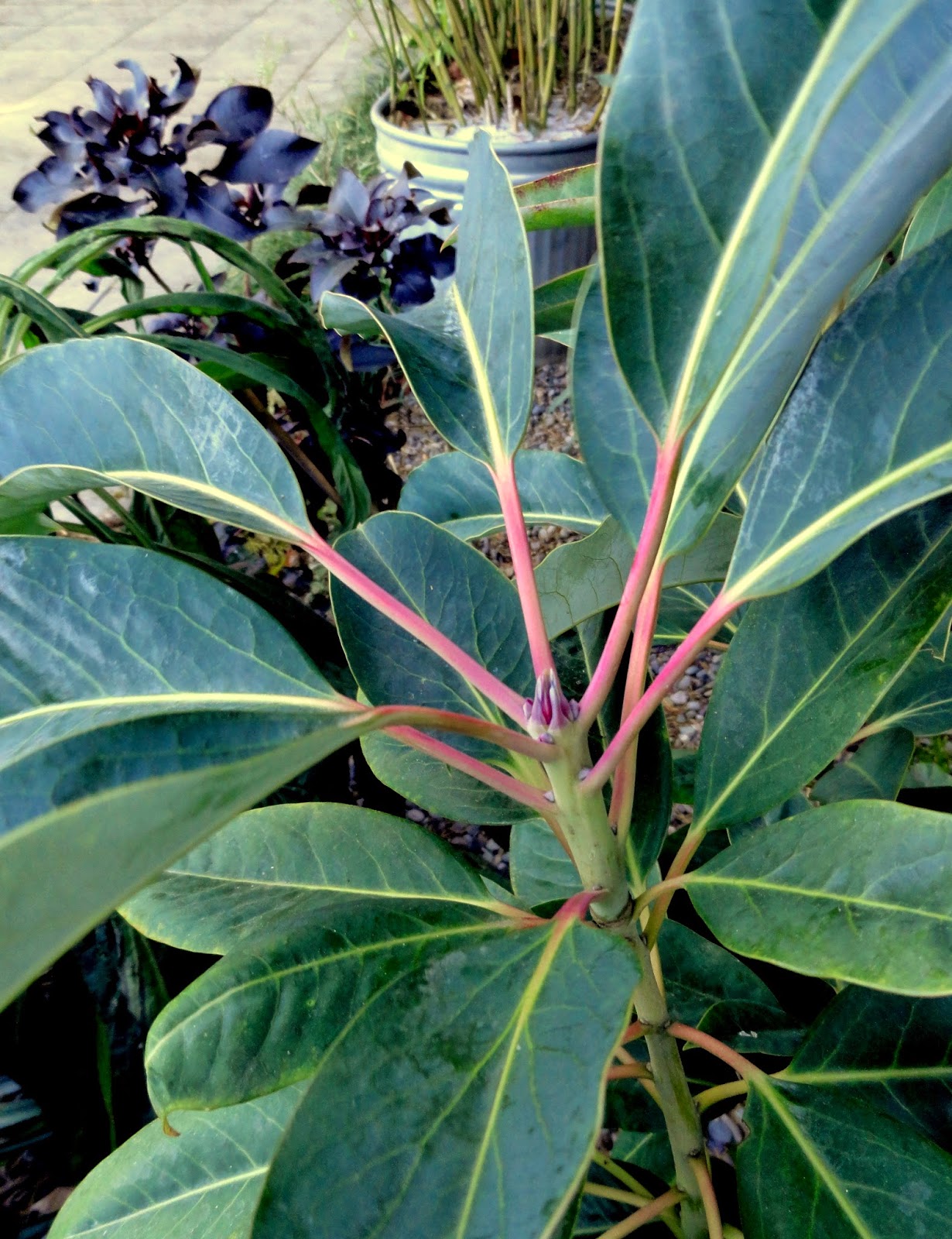 Love that blush of pink. 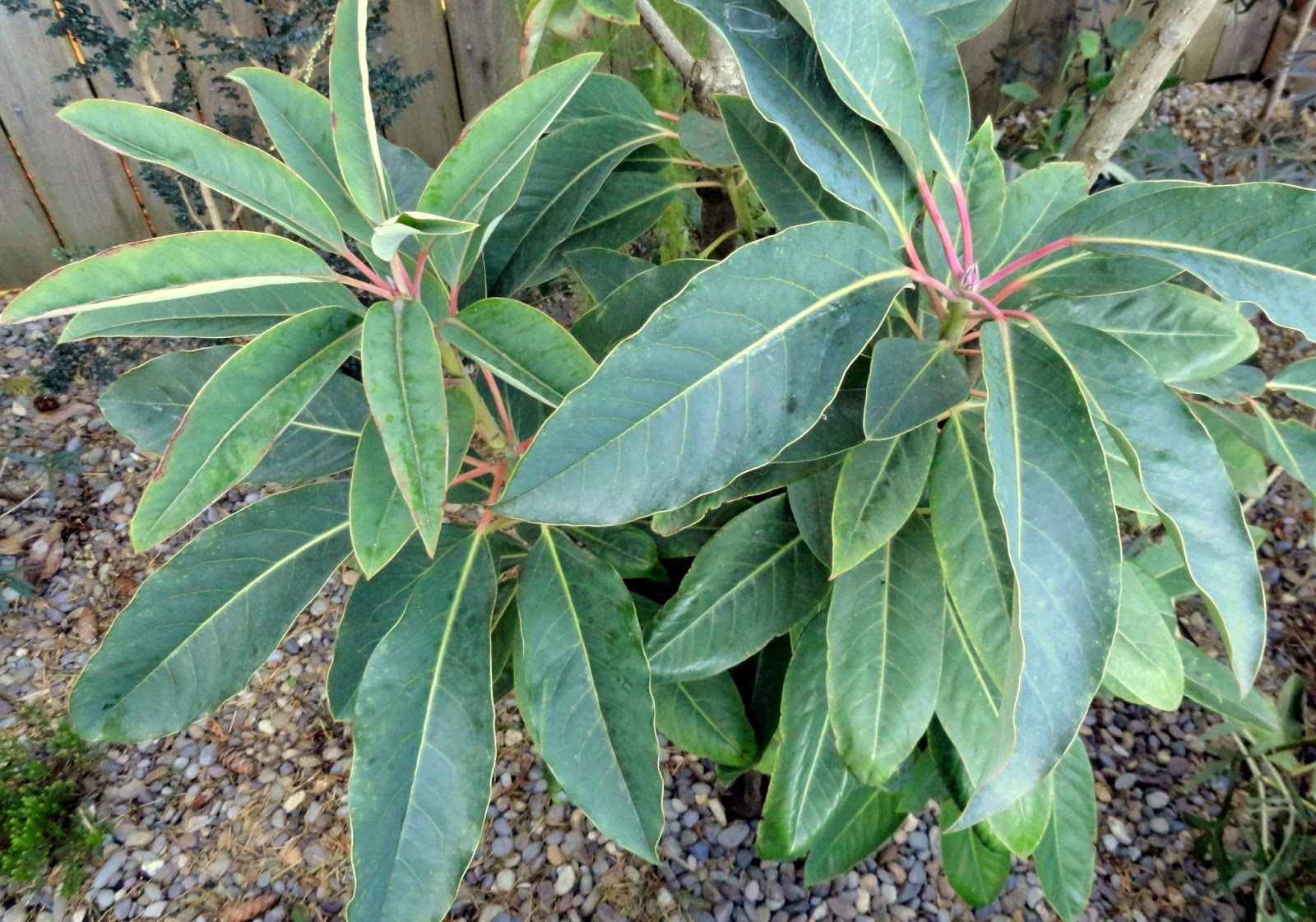 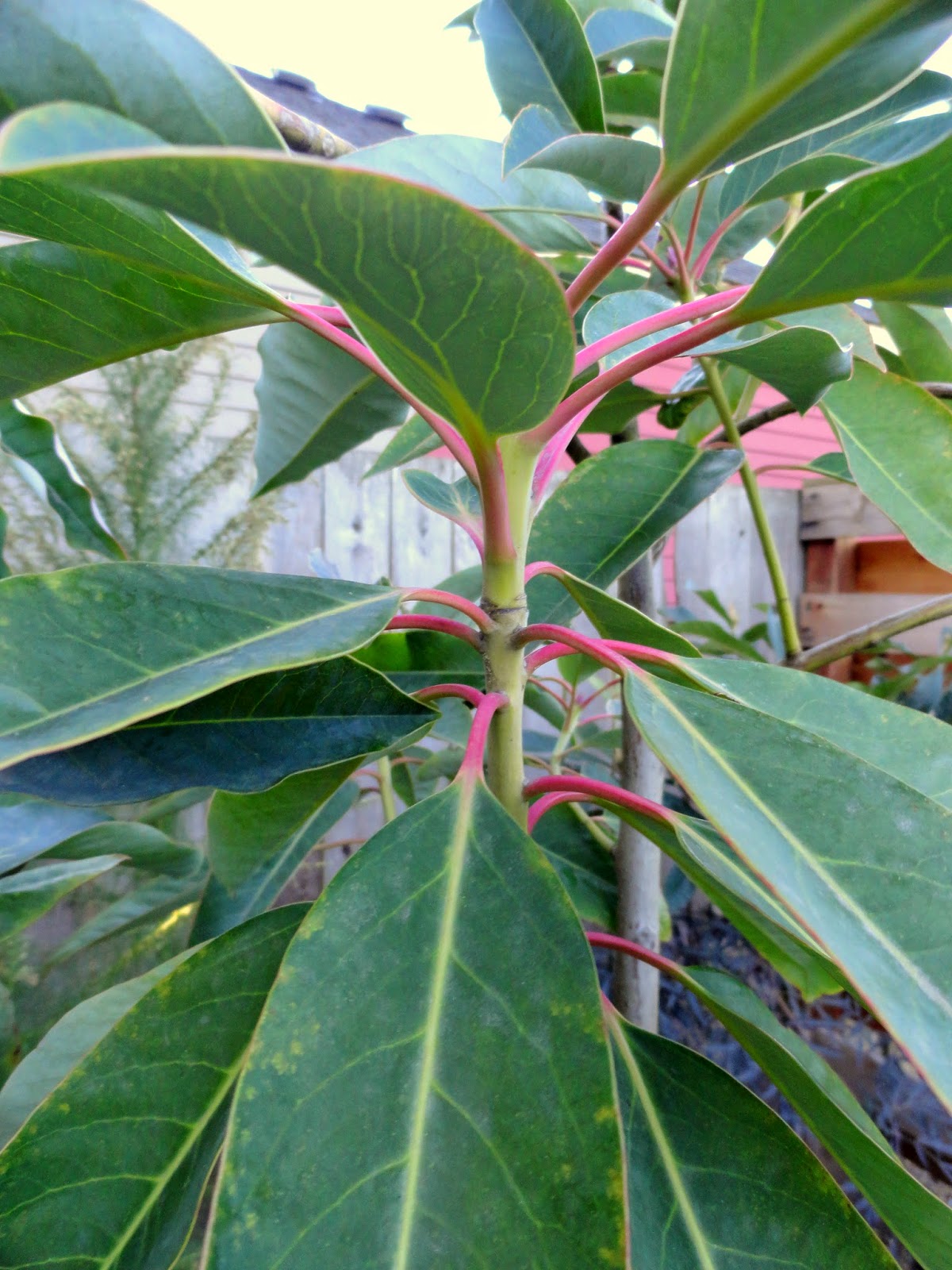 In fact my variegated daphniphyllum is coloring up too... 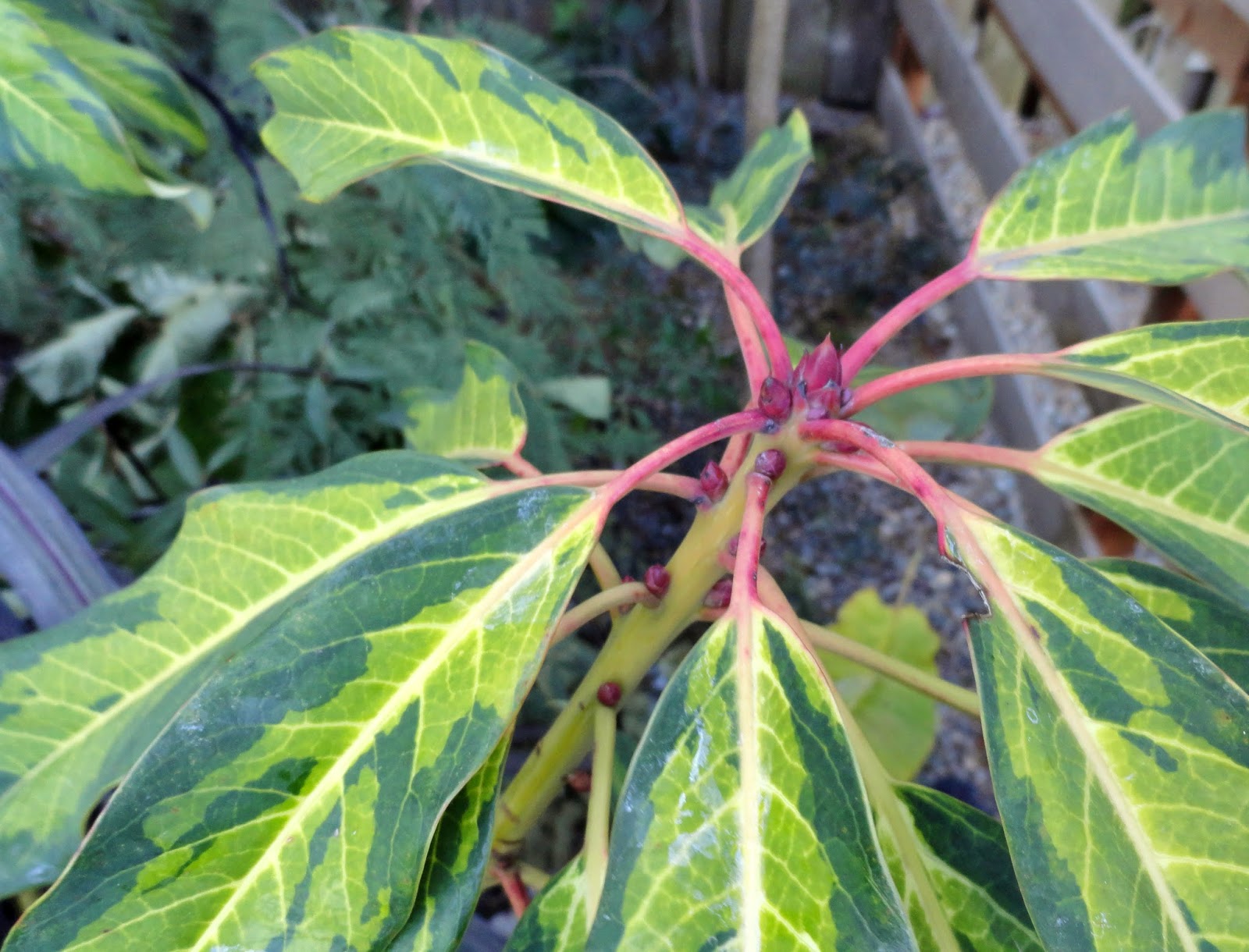 A benefit to the cold spell we've been having, no doubt. 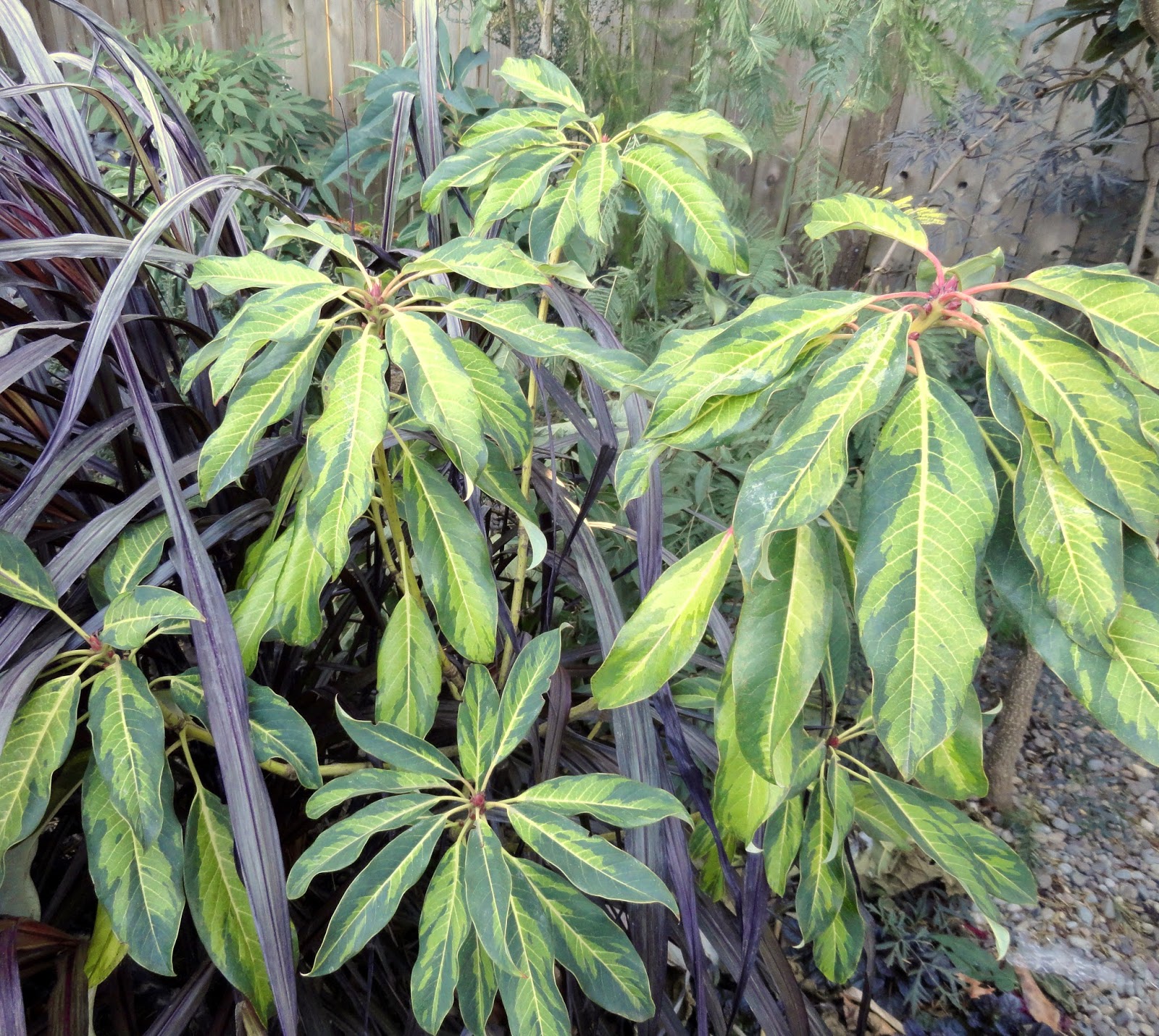 There's not really much information out there on the daphniphyllums (common name redneck rhododendron, which I have to think is a play on the very coloring up which I'm excited about). The hardiness of this broad-leaved evergreen shrub (or small tree) seems to fall somewhere between USDA Zones 7/8 and 9. They prefer part sun to part shade and even moisture. Louis the Plant Geek says "Ultimately to fifteen or even twenty feet tall; in Japan, where it's native, reportedly up to forty.  In colder climates, to five or six feet tall and wide." That's quite the spread, no?

So of course I want to know what plant(s) you're particularly enamored with in your own garden, and just a reminder that next Friday (the last Friday of the month) is the round up of favorites. Be it one, two, four or more I hope you'll link to your posts here, on the 28th of November. 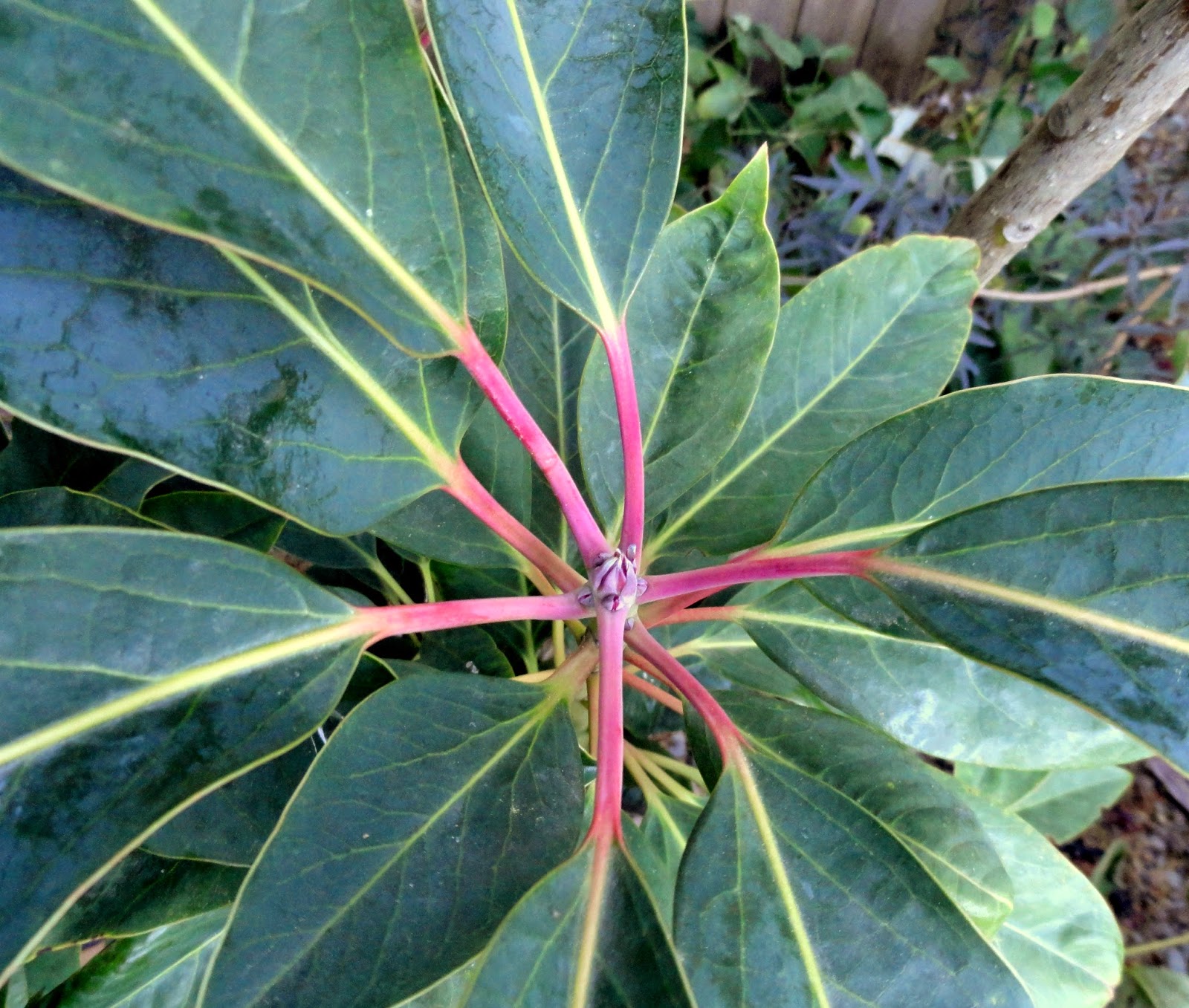