My morning began with a chiropractor appointment, their parking lot was full so I parked on the street. Returning to my car I noticed this... 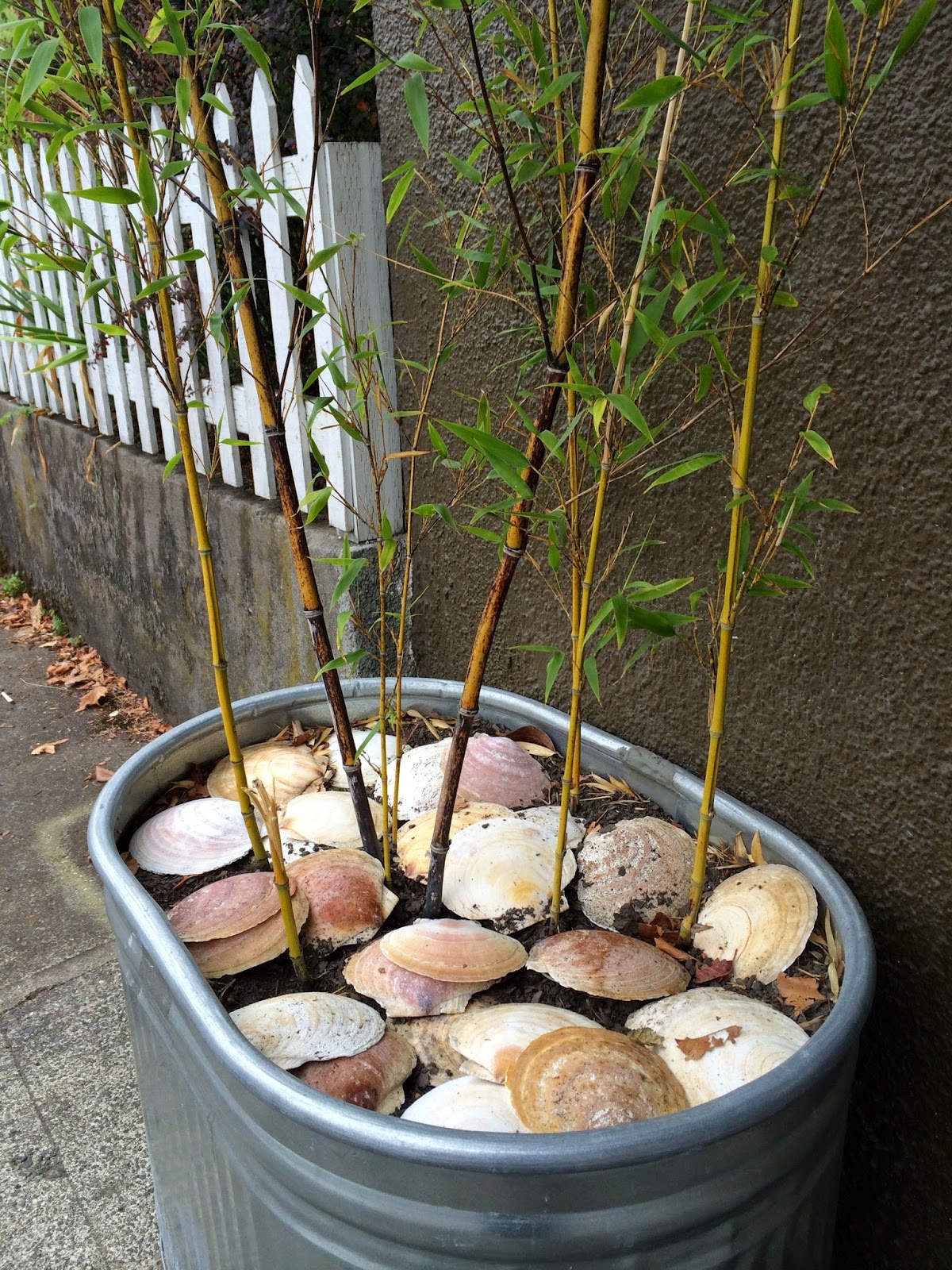 Not your average mulch. I looked up and realized I was in front of a sushi restaurant. I see. 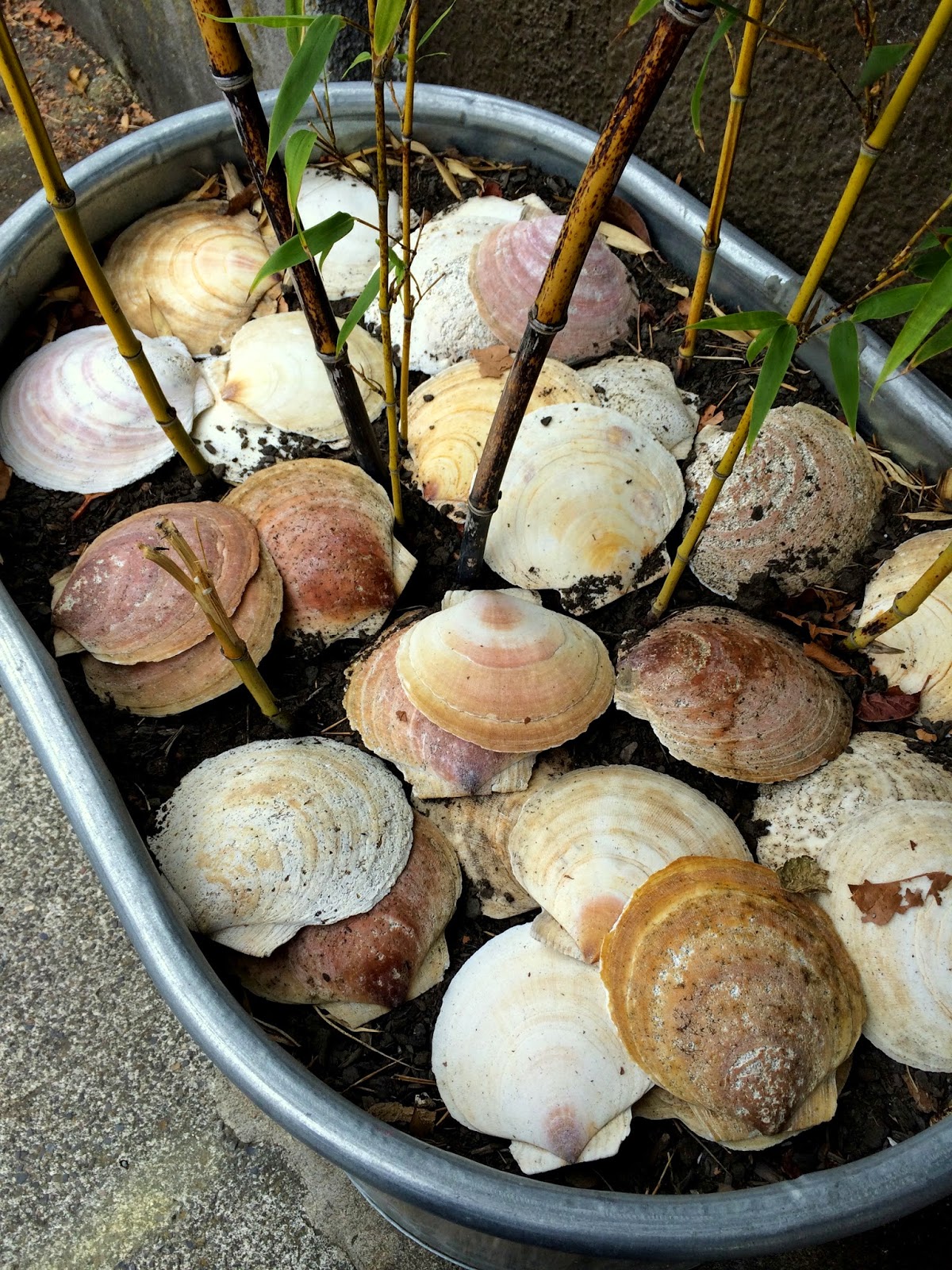 Later that day I had an appointment to get my hair cut. Parking on the corner and hurrying to the salon I stopped when I noticed this, snow. Or so my brain told me, then I realized it was ice - probably tossed out from the bar next door. 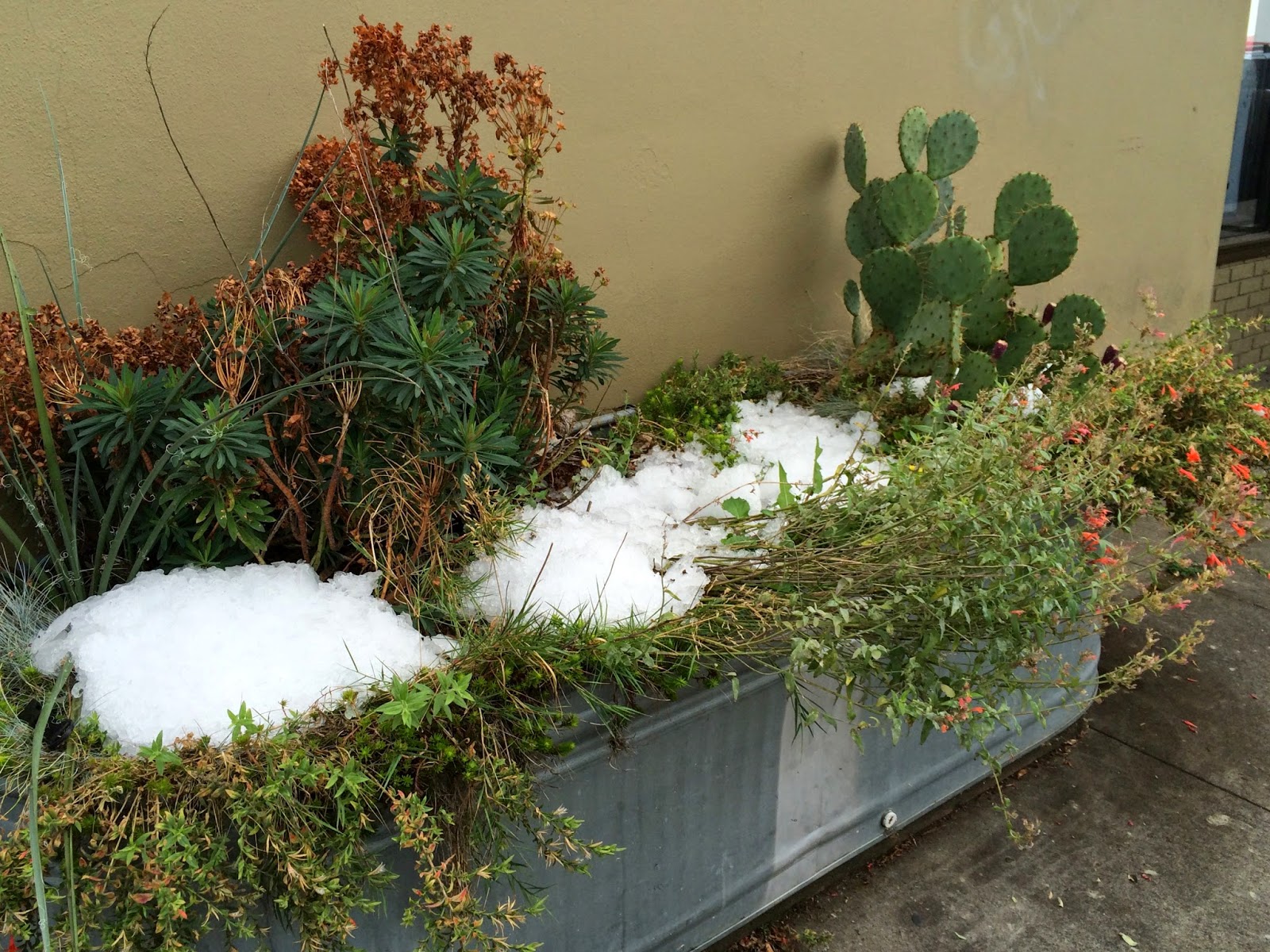 Someone thought he was doing the plants a favor. I doubt they felt that way. 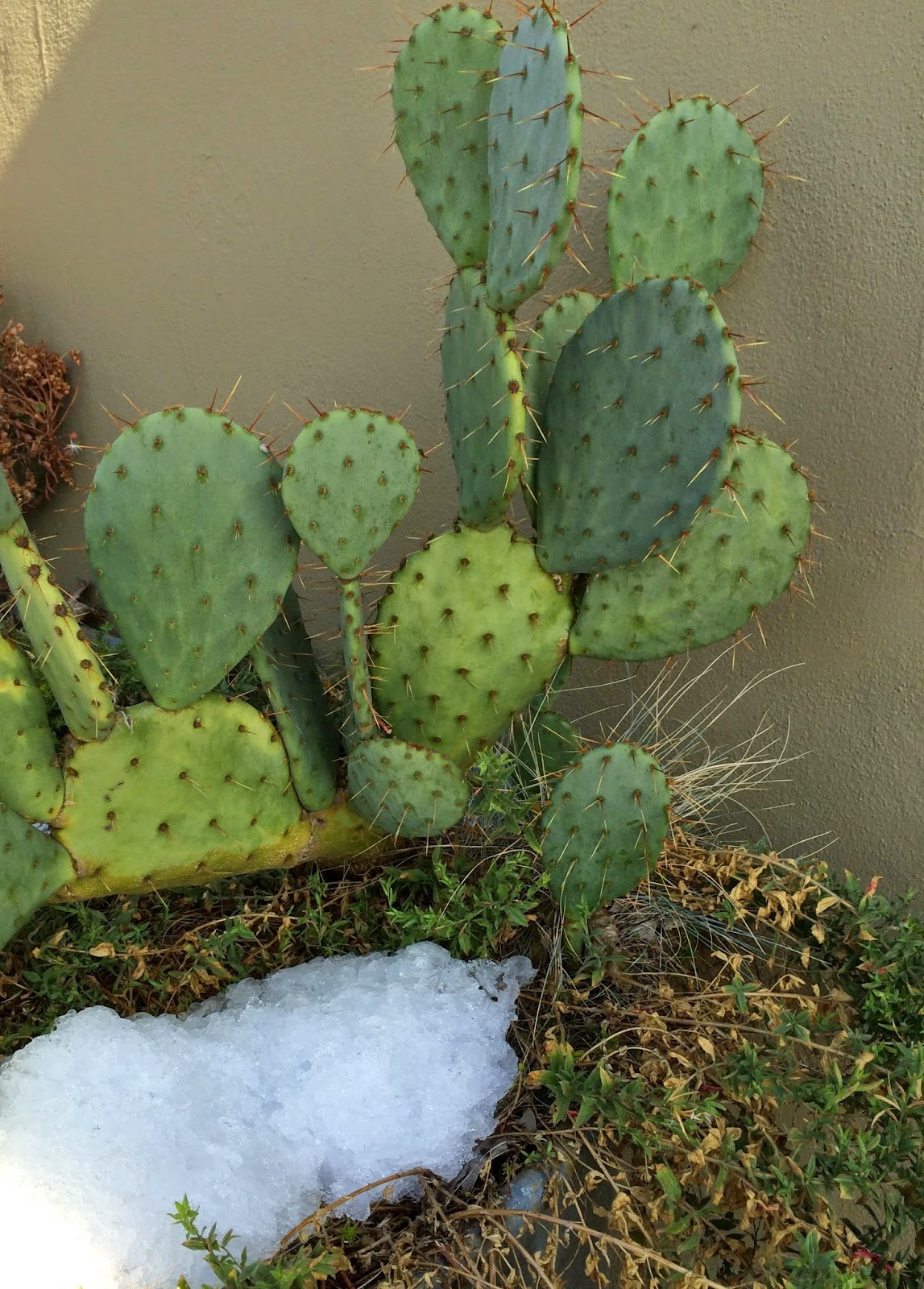 Labels: containers, on the sidewalk