Paulownia tomentosa is my favorite plant in the garden, this week… 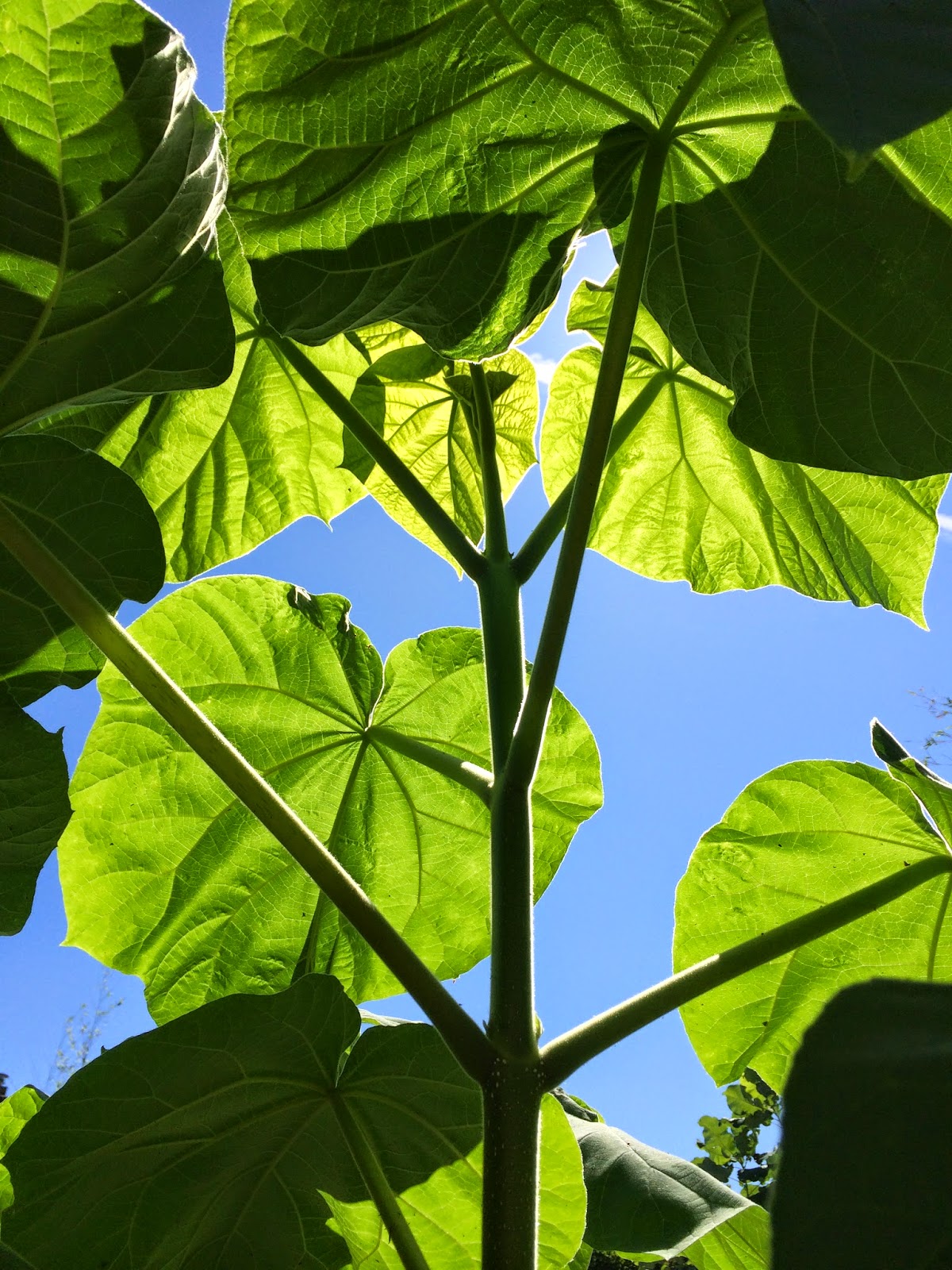 One day early last spring I had a bit of a garden related crisis. Or maybe I should call it a panic attack. As I've written about here before, I realized there were many people visiting my garden in just a few months and I had ripped out an atmosphere/view/reality changing wall of overgrown foliage. The result was not pretty. I needed something “of size” to plant, not a long term solution but a NOW answer. In an impulsive attempt to solve the problem I considered planting a few inexpensive magnolias that friends and I discovered at Means Nursery. $30 and I would have had a forest. I came so close, but in reality I didn’t like the plants. Thank god I didn’t make that mistake. I did however stop at Portland Nursery later that day and spotted a Paulownia tomentosa for only $16.99, I’d always loved their giant leaves. Smart phones are good, and dangerous. A quick look-see and I was swooning over words like these…

“Paulownia tomentosa is the fastest-growing tree in the world” (source)

So it was to be mine, here it is (on the right, that straight twig with the handful of leaves at the top) shortly after planting. Photo from a post in May… 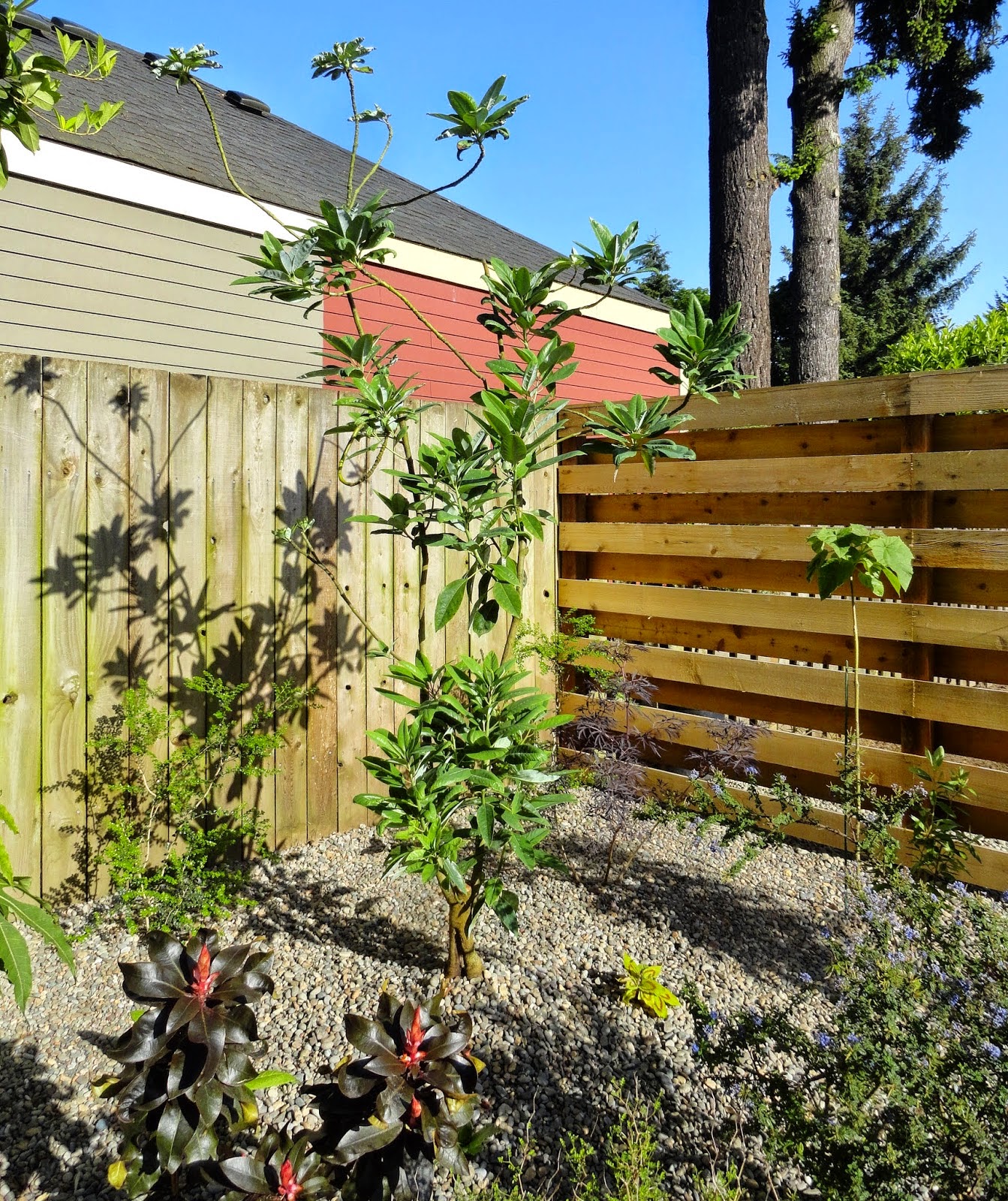 Here it is as seen from our bedroom window earlier this week. I do wish I'd planted it a little further to the left, to hide that consistently offending paint line. However there are two other slower-growing, but long term plants of size, in that spot. 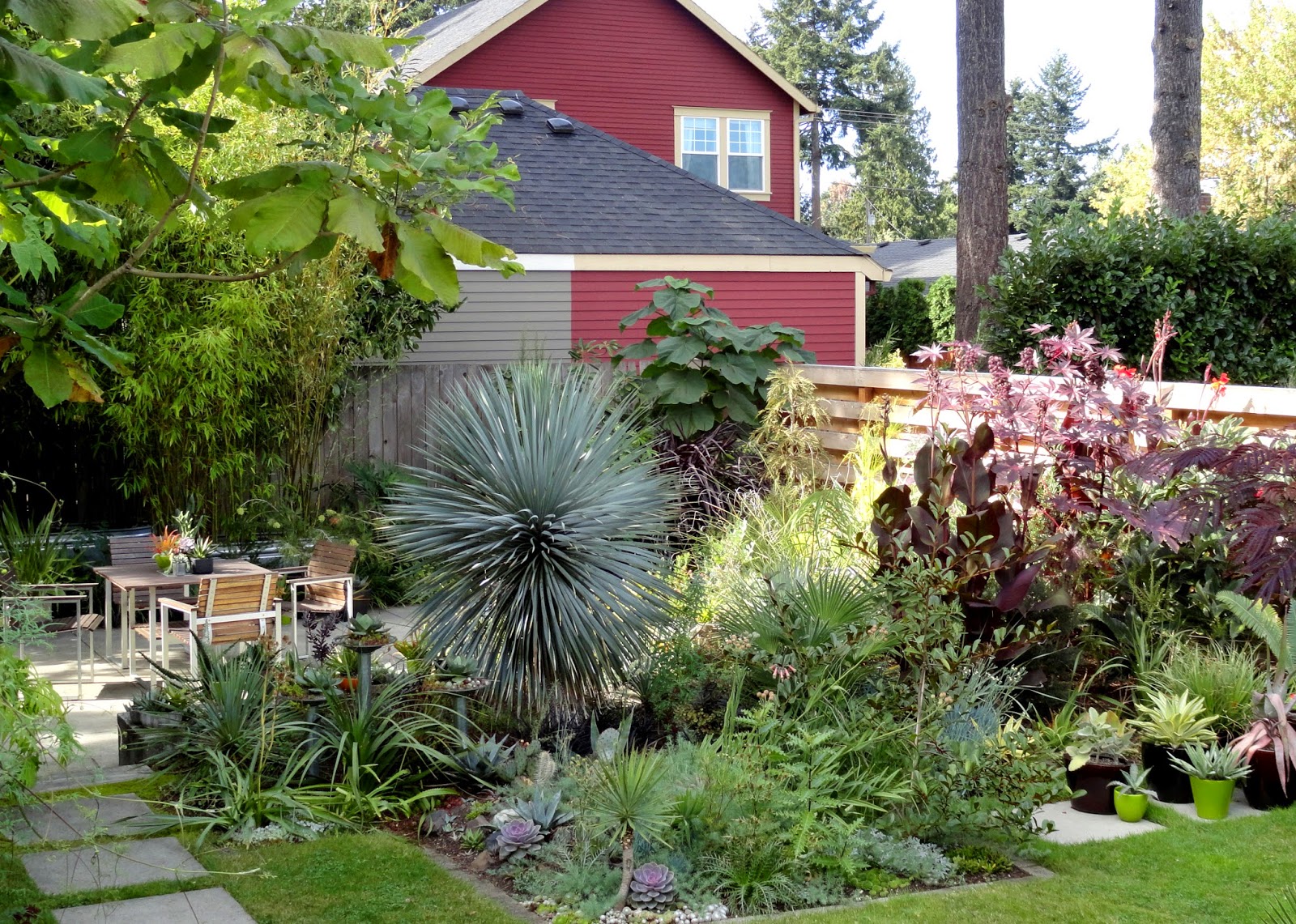 It certainly can't be accused of having grown 10 ft, or reaching 20ft, but I don't feel robbed. What it has done is nothing short of amazing. How many 4 foot tall trees (at planting) can you stand under just just 4 months later? 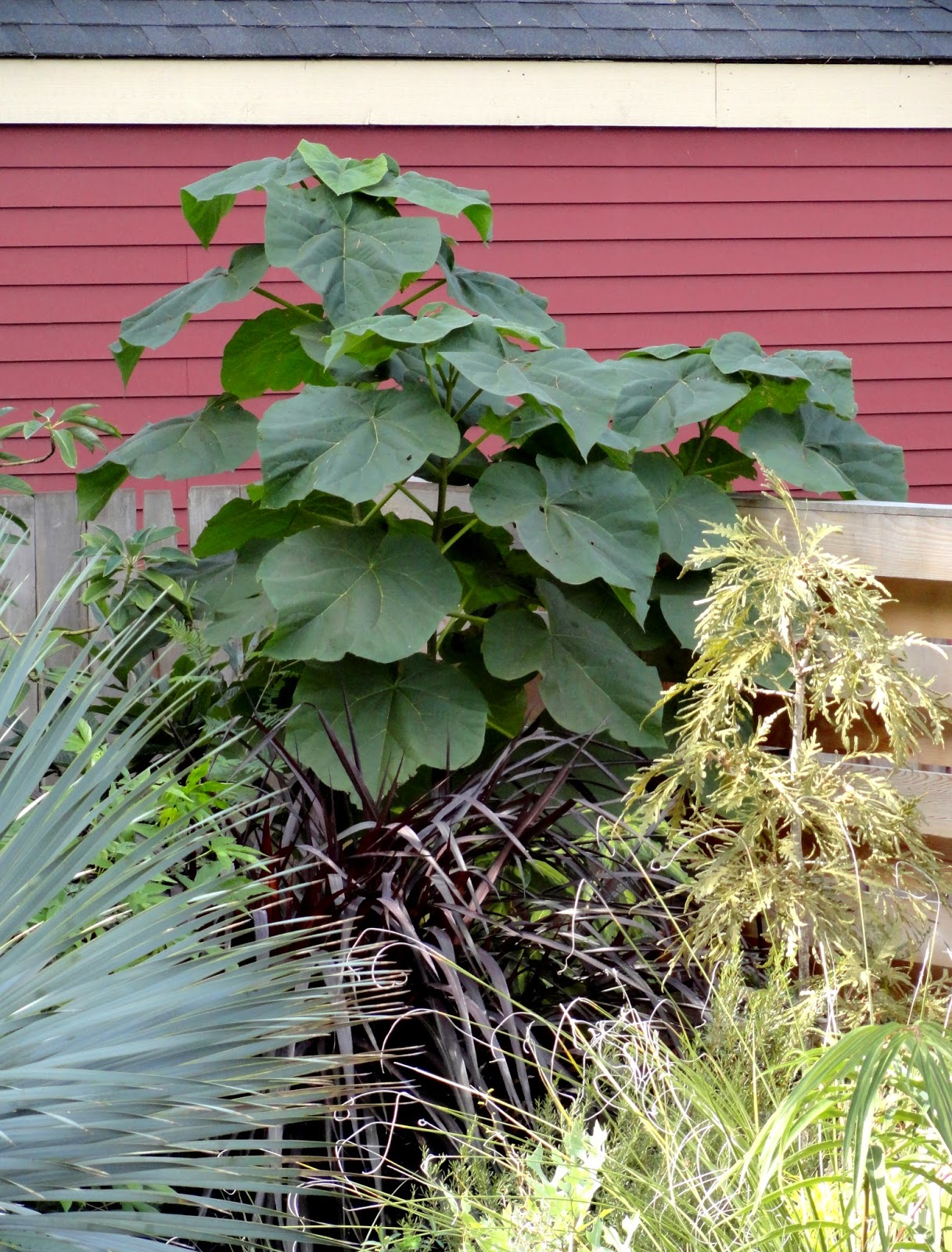 The other monster grower which you've no doubt noticed, and I must mention, is the Pennisetum 'Vertigo'... 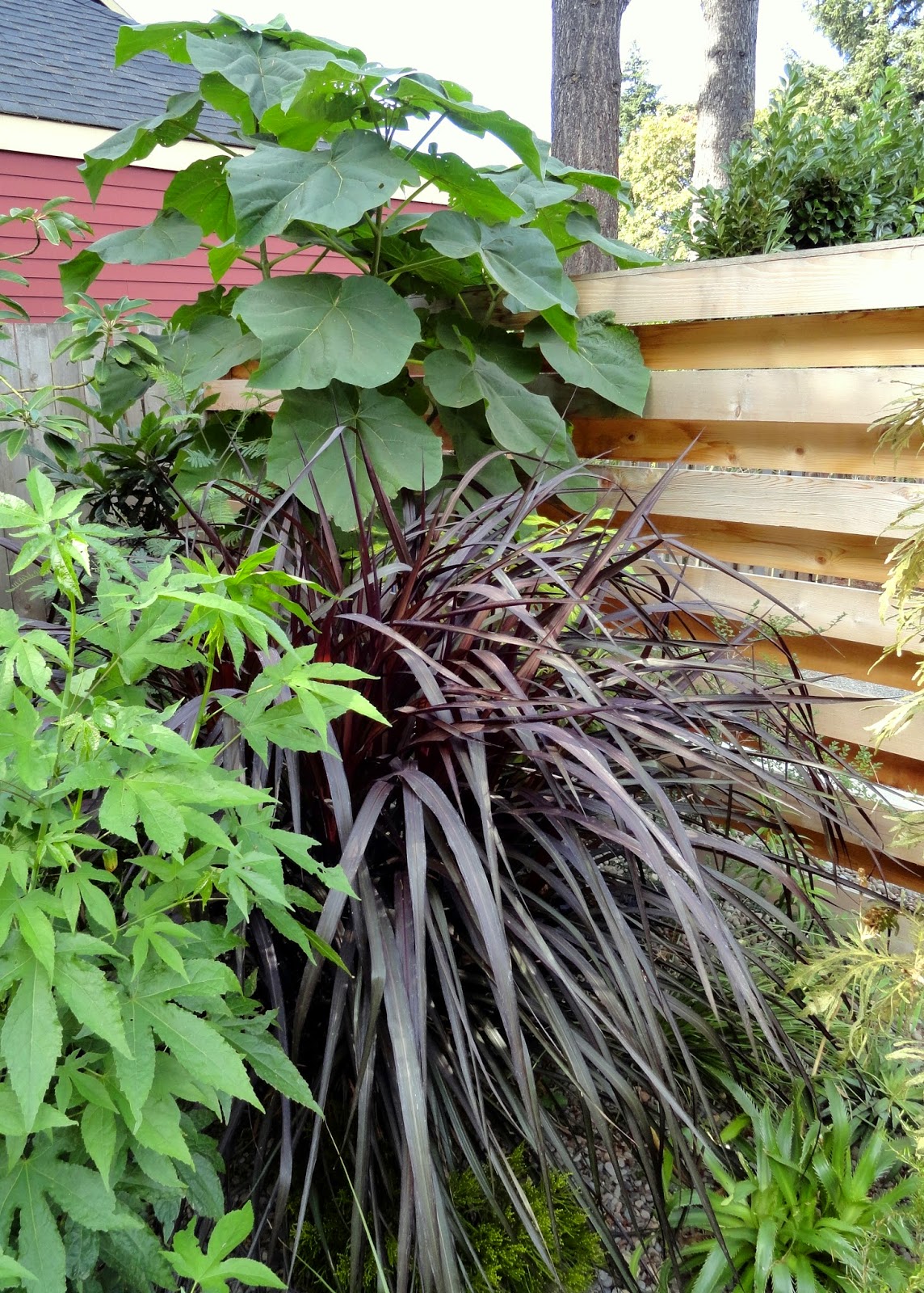 This once tiny plant has exploded and completely buried my prized variegated daphniphyllum. Every once and awhile I pull back the grass blades to make sure it's still there. 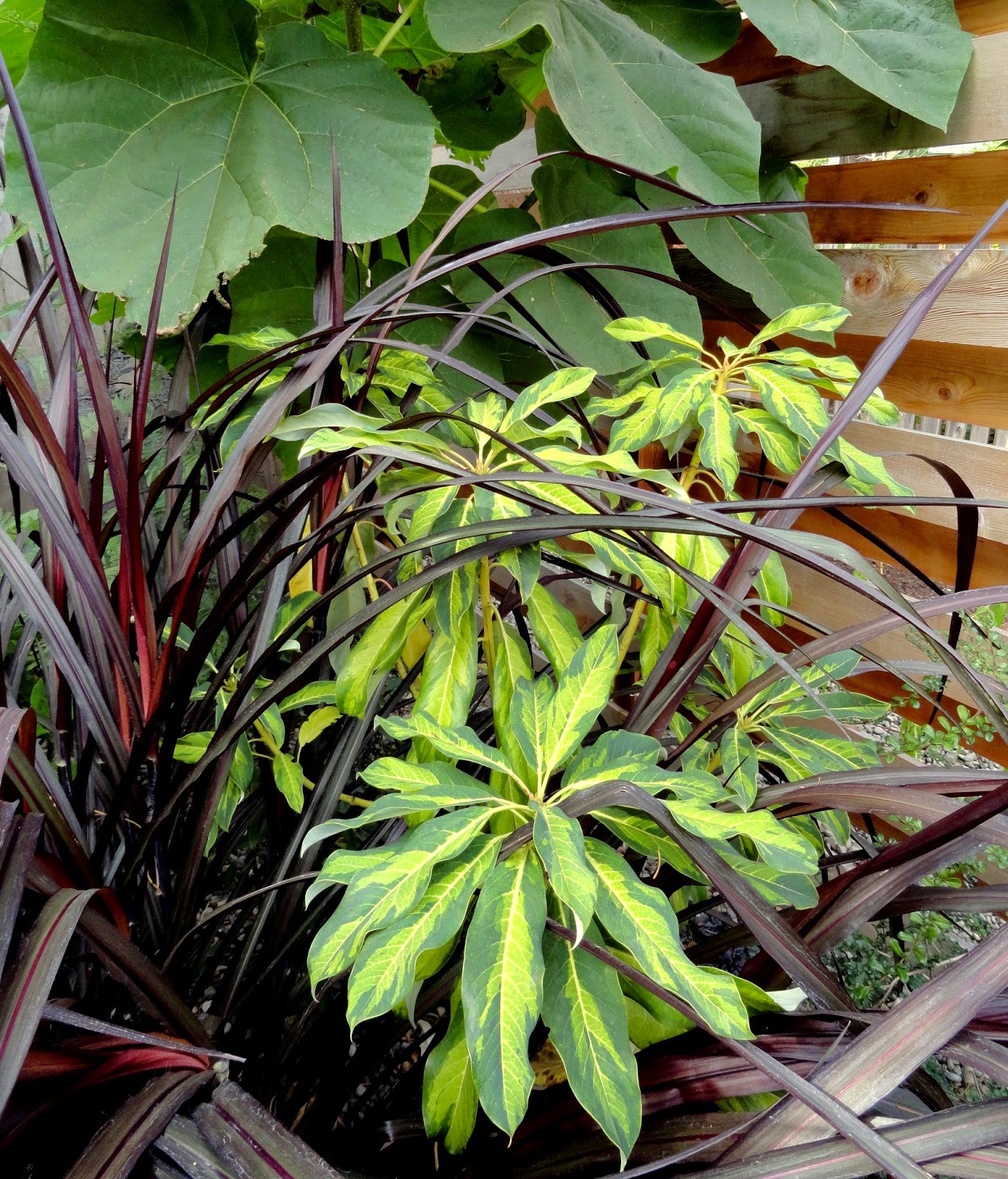 I hate to admit it but I'm actually kind of relieved the pennisetum is not going to live through the winter. 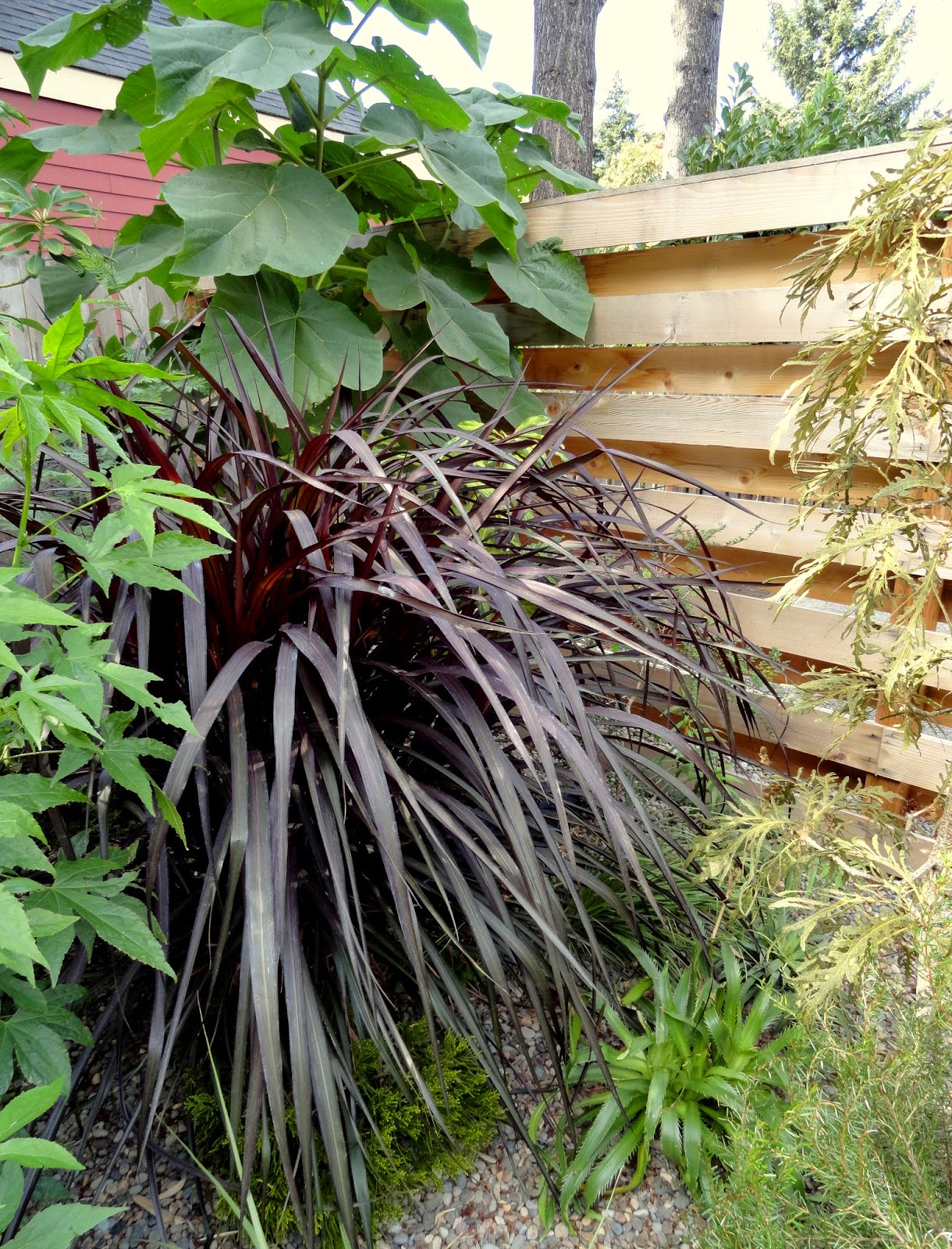 Funny thing though, they haven't all been so successful, I have three and the other two just don't measure up. This one was the first one planted this spring... 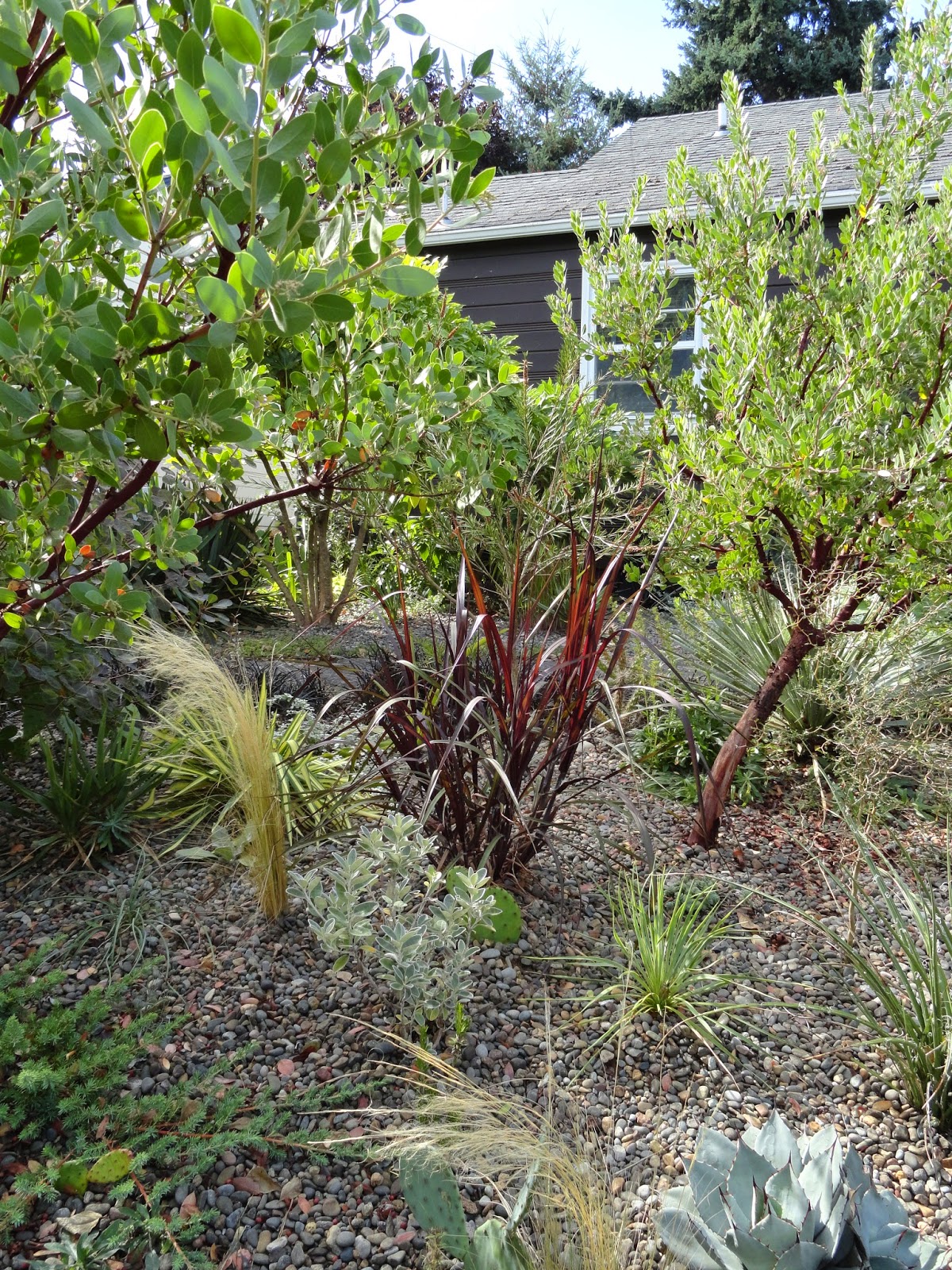 And this one was a mid-June addition. Of course neither of these have received the water the one in the back garden has. 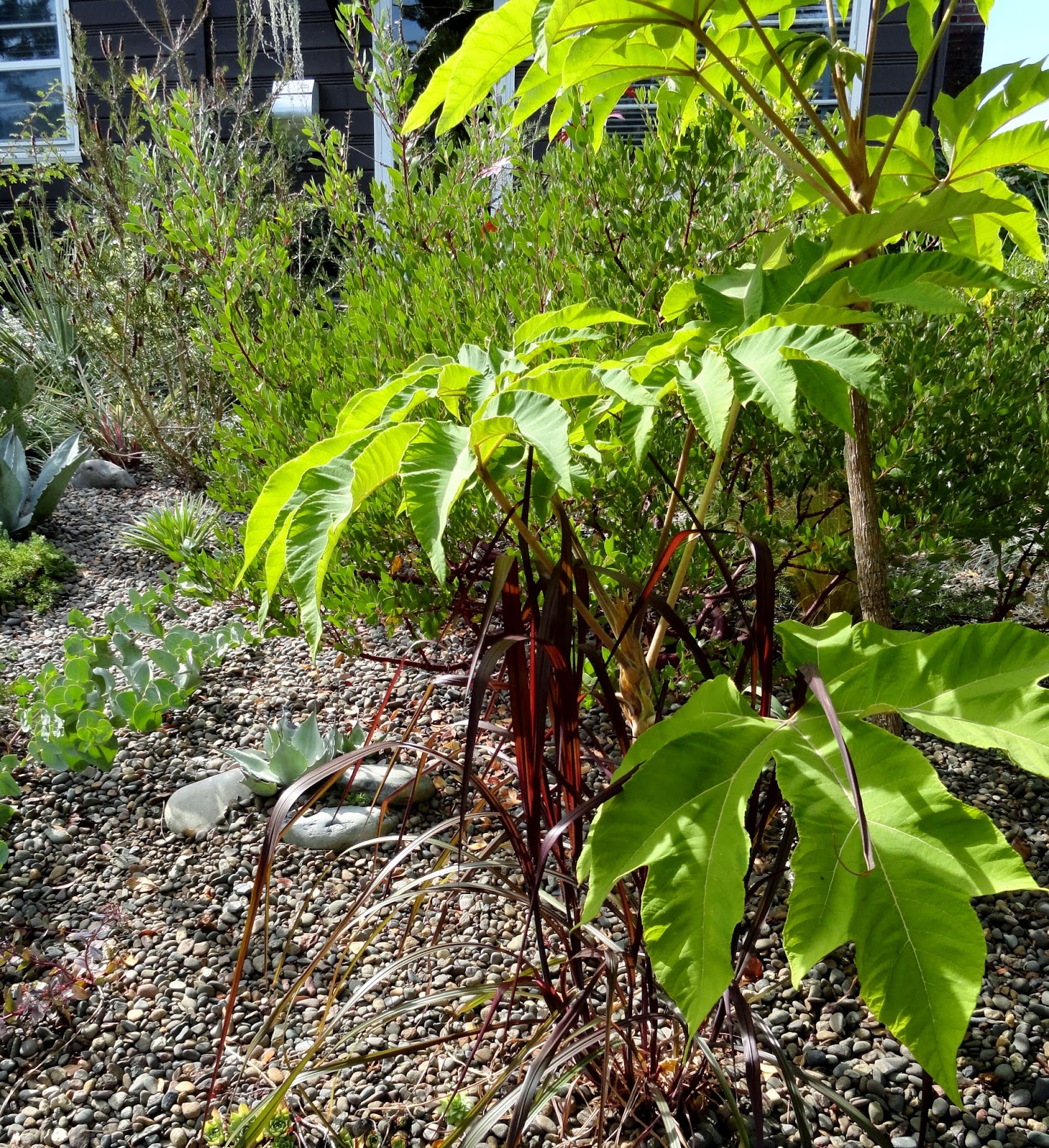 But wait, I'm here to talk about the Paulownia! It's stats:
As always please do tell us about the favs in your garden this week...(link to a post if you can, if not just share the excitement in a comment)... 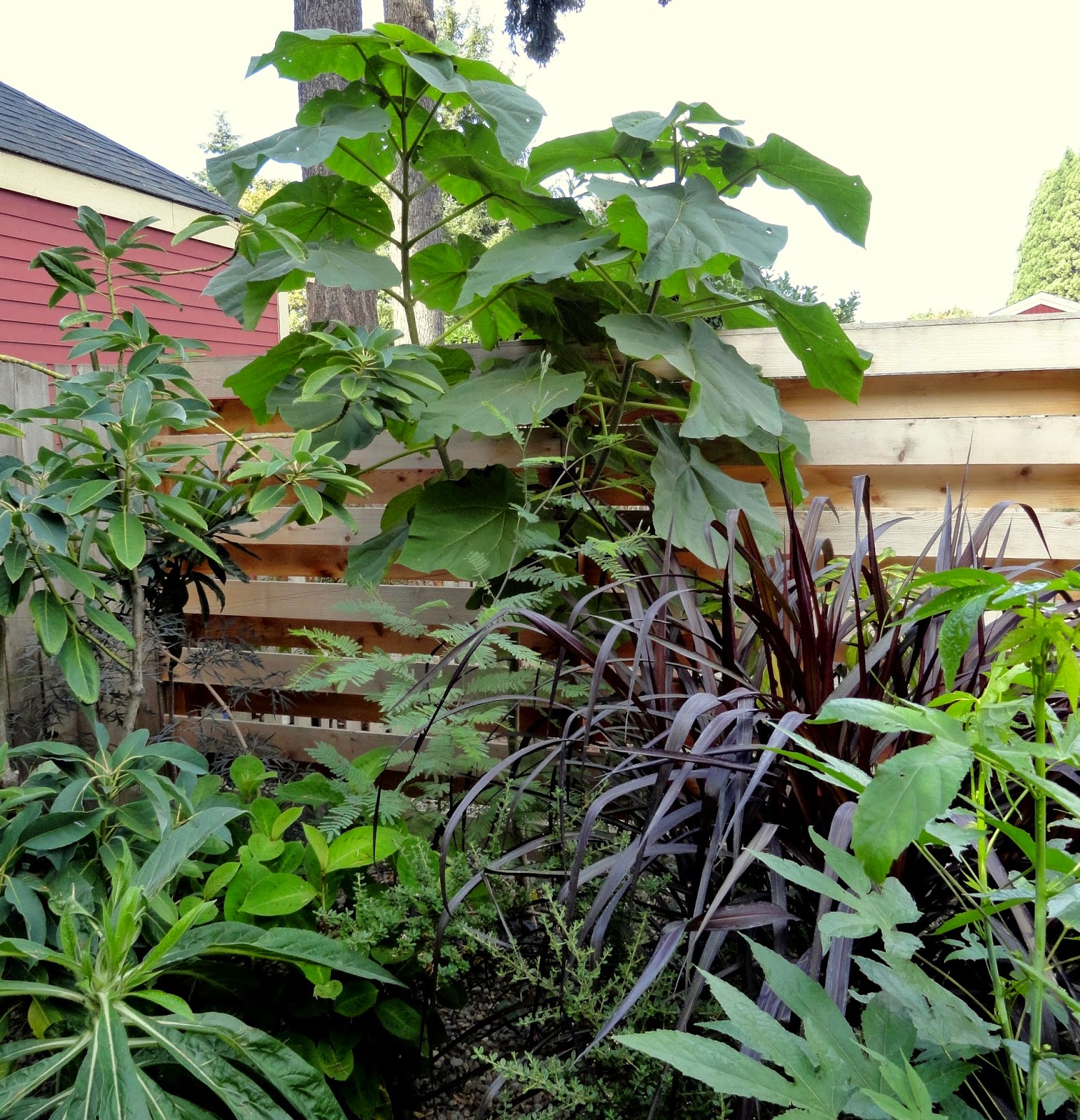