Selaginella kraussiana 'Aurea' is my favorite plant in the garden (this week)... 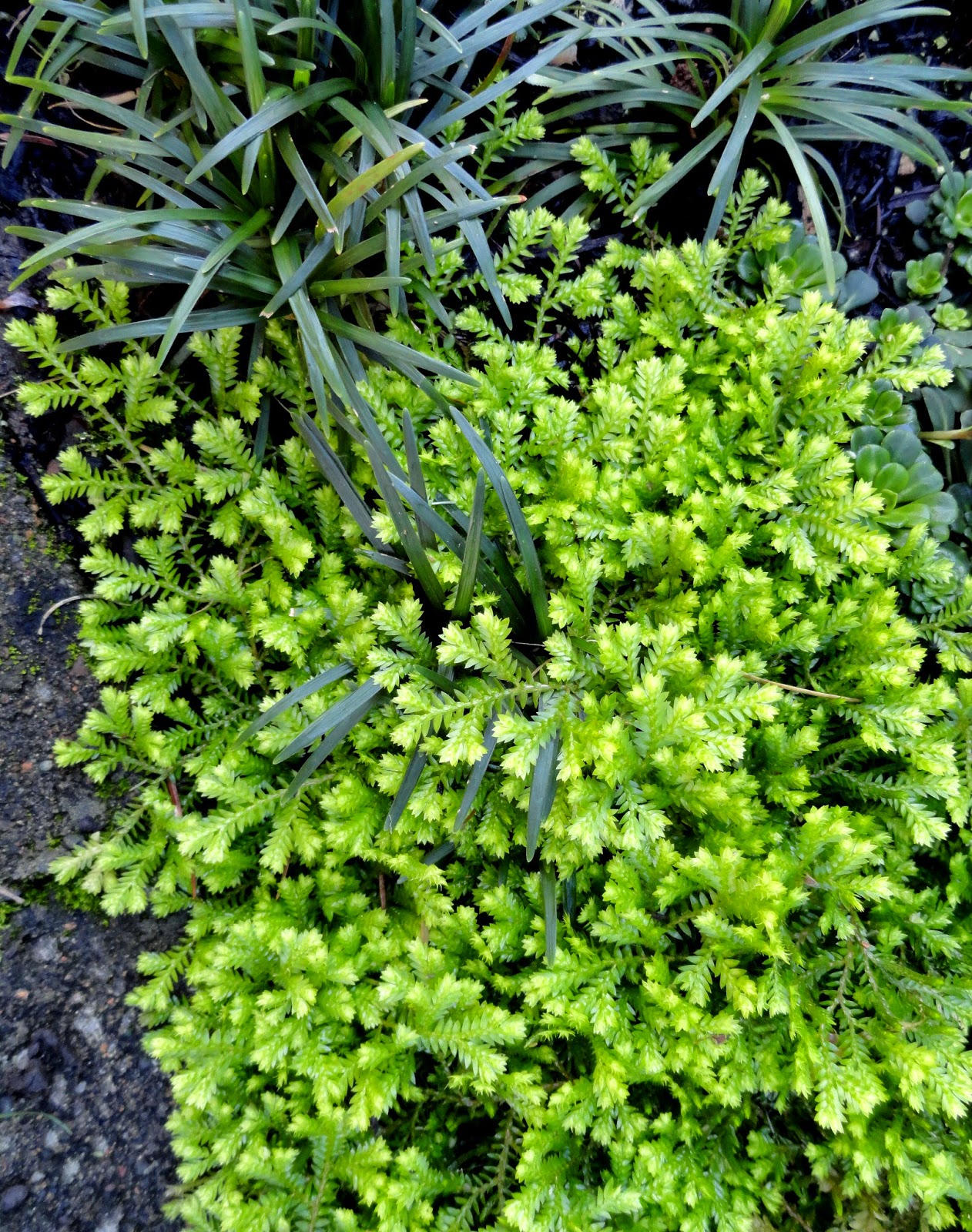 I cannot remember where it was that I bought Selaginella kraussiana 'Aurea' (golden spikemoss) this spring, but I do remember it was 2 qty, 4" containers that I planted. This spot requires plants that can be laid on. Lila loves to nap here and wake to watch the street/sidewalk/driveway and comment on passers-by (with the gate closed of course). 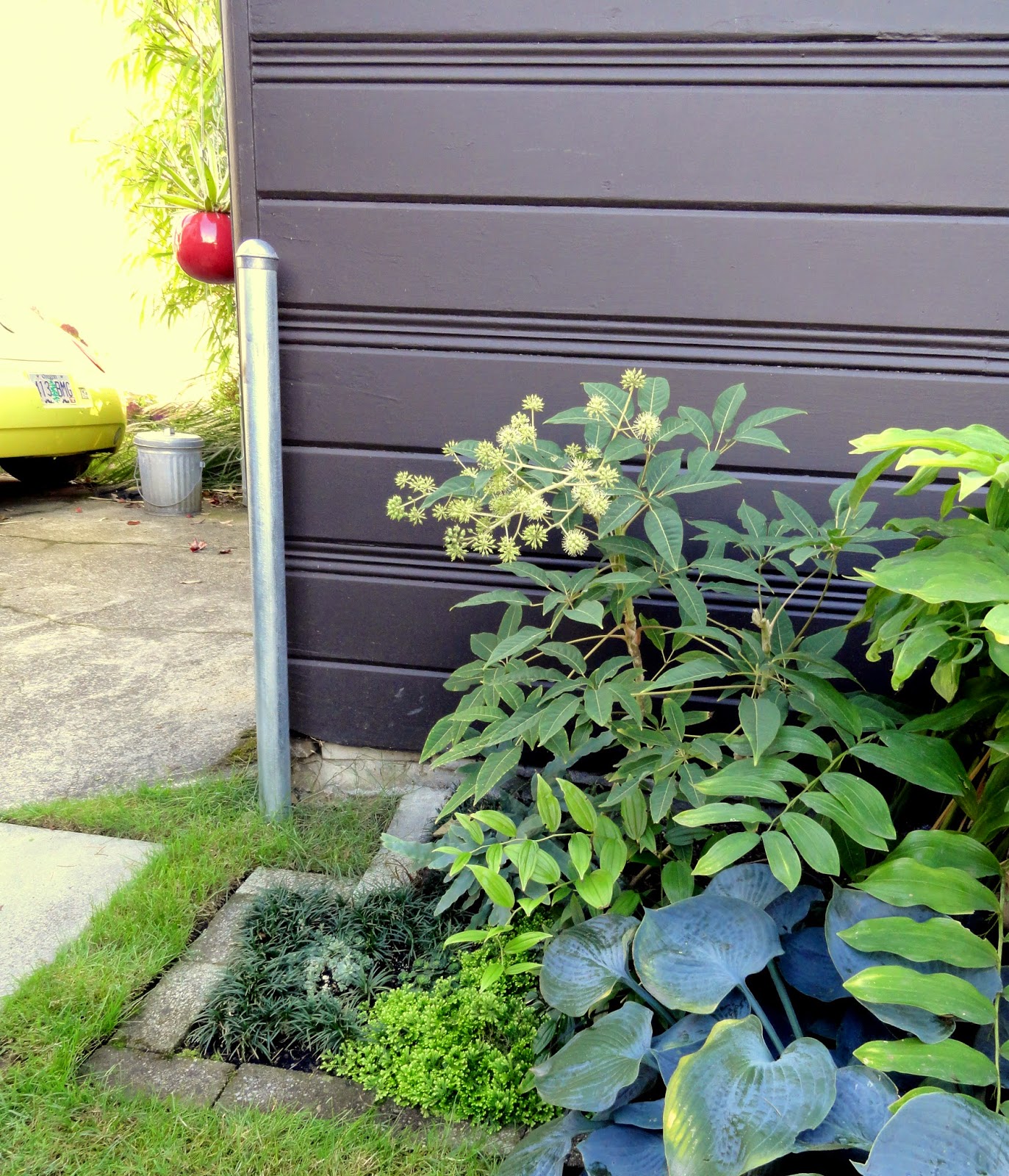 They spread out quite a bit over the summer and seemed to be happy even when I'd forget to throw any water their way. 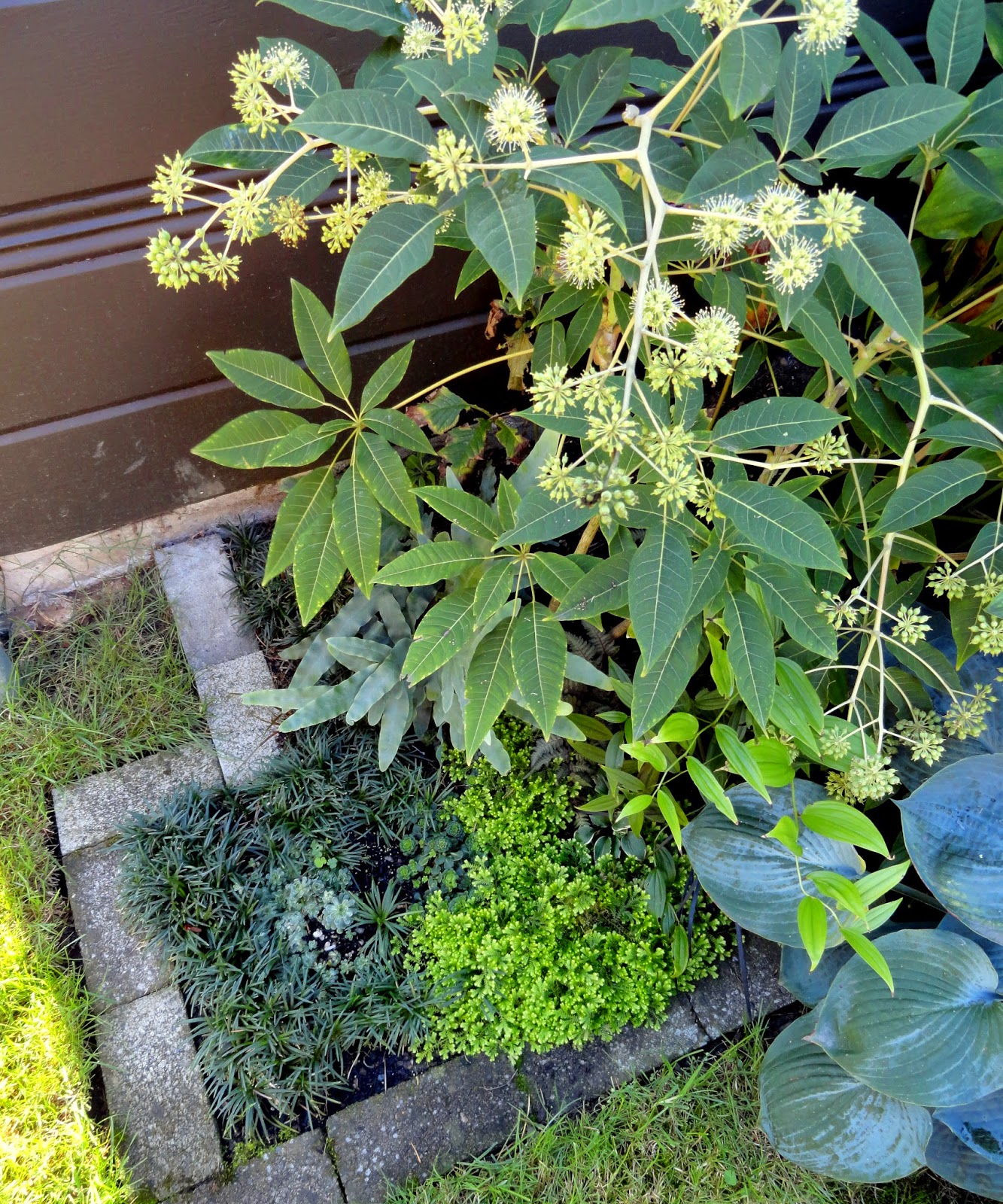 Had I seen them available in a nursery I most certainly would have bought a couple more, but never did, that is until I was up in Seattle and spotted one (just one!) at City Peoples Garden Store. It was also on sale, I think 30% off. 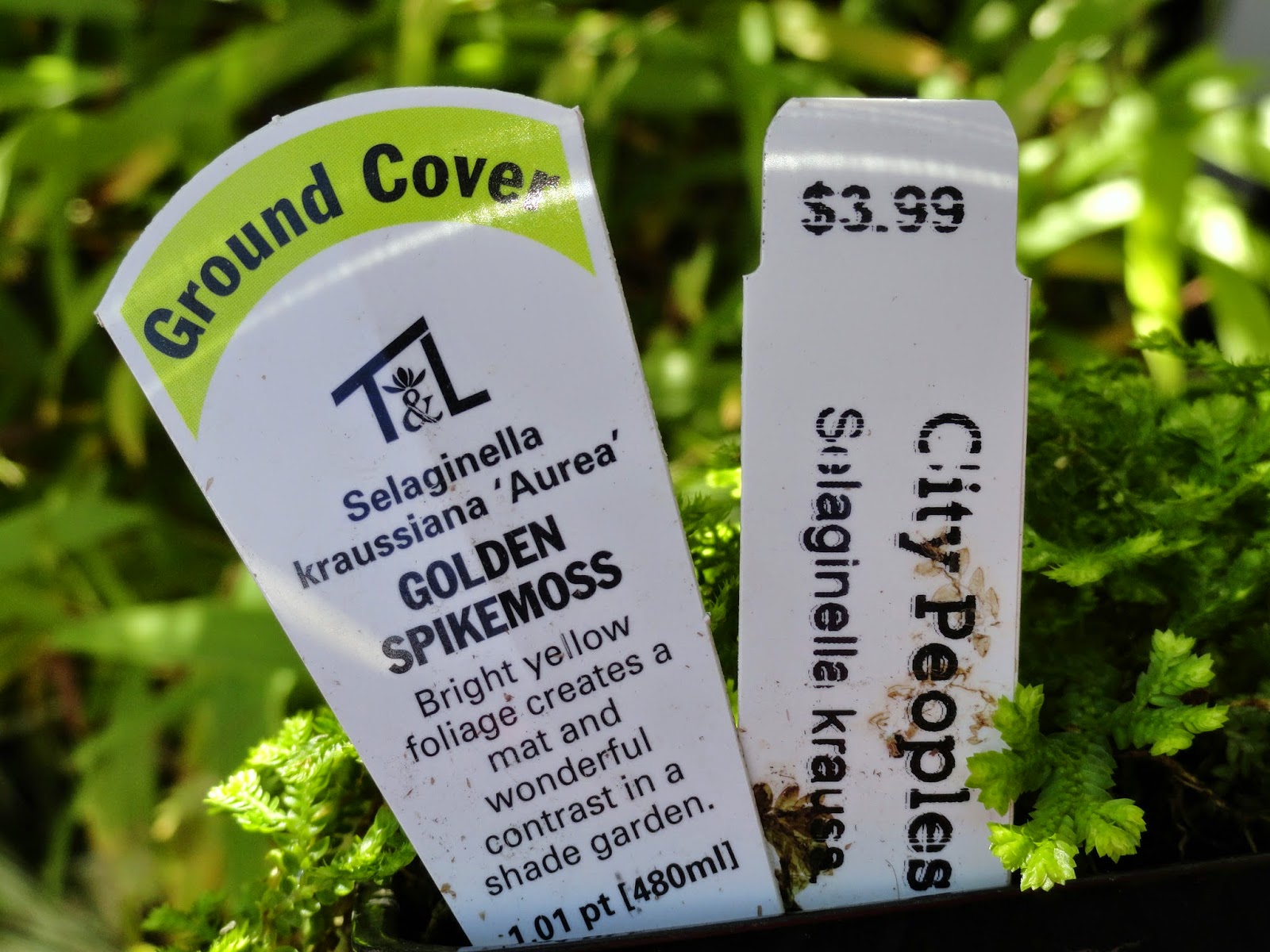 Such a bright happy green... 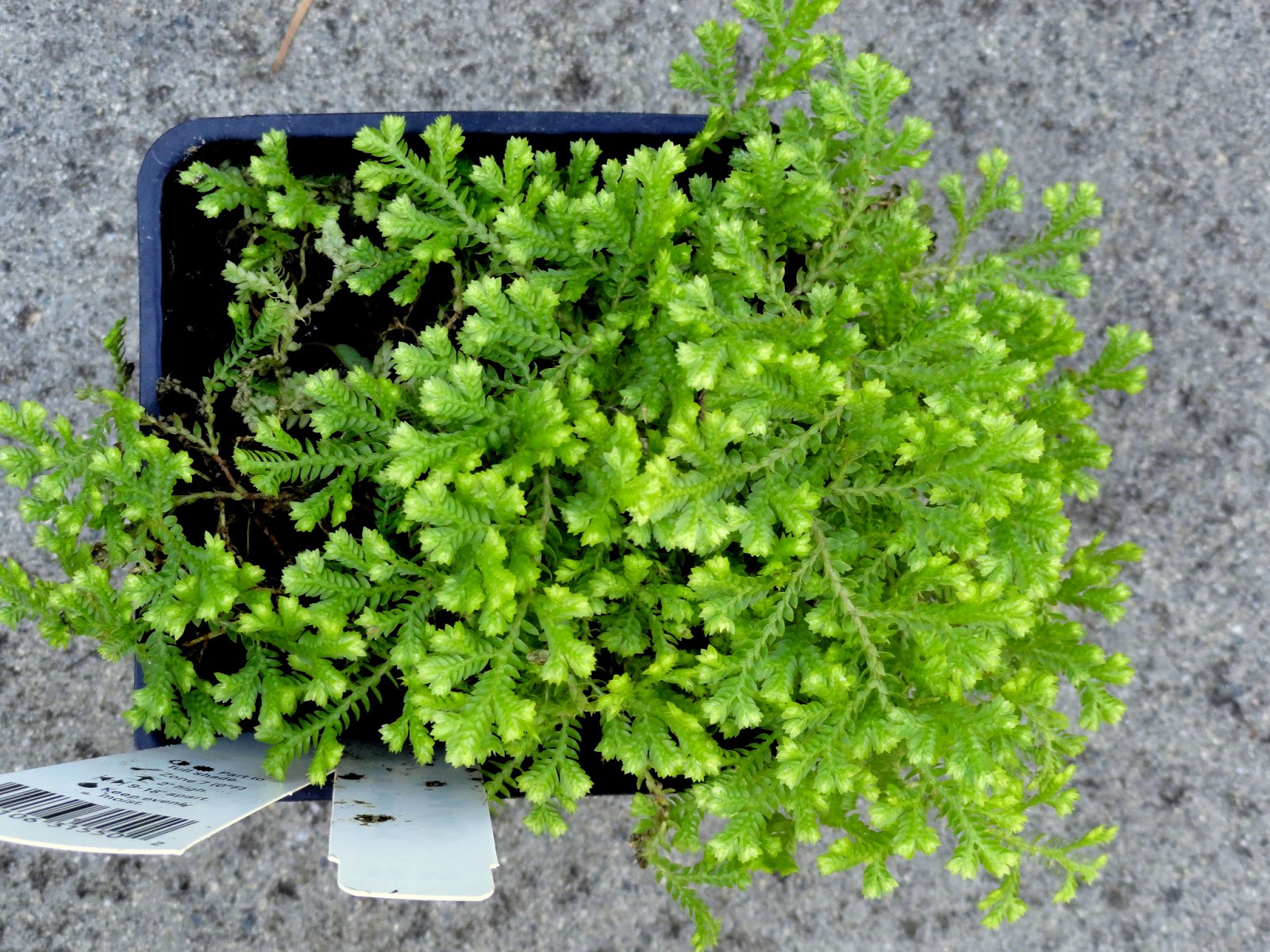 The stats as per plantlust.com...

If your curious for more I found an interesting article from the SF Gate that shares bits like: "Selaginellas are an interesting group of plants, hailing from both tropical and temperate regions, in places as far flung as China, South Africa and the Americas"

And this: "Moss or fern? Selaginella species are spore-producing plants that are frequently referred to as "fern allies." This prehistoric-era family (Selaginellaceae) separated itself early on from the ferns and is botanically closer to lycopods and quillworts. Genera in this family do not produce flowers but form inconspicuous strobili (cones) as lateral axes. Under dry conditions, certain selaginella species, such as S. lepidophylla, roll into brown balls, an occurrence known as poikilohydry. If then watered again, the brown balls become green, leading some to name these species "resurrection plants." (which reminds me I really should give my S. lepidophylla a good soaking one of these days) 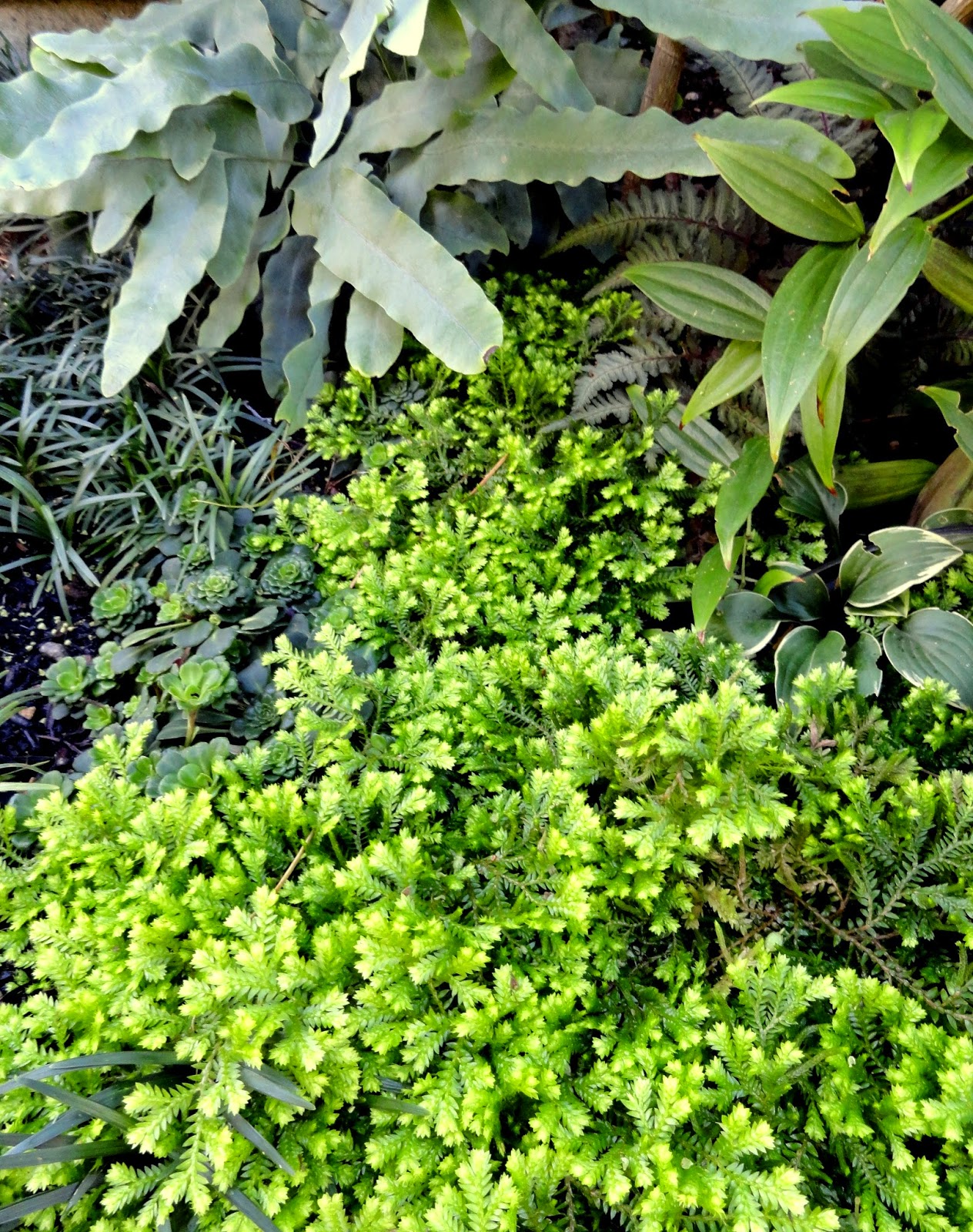 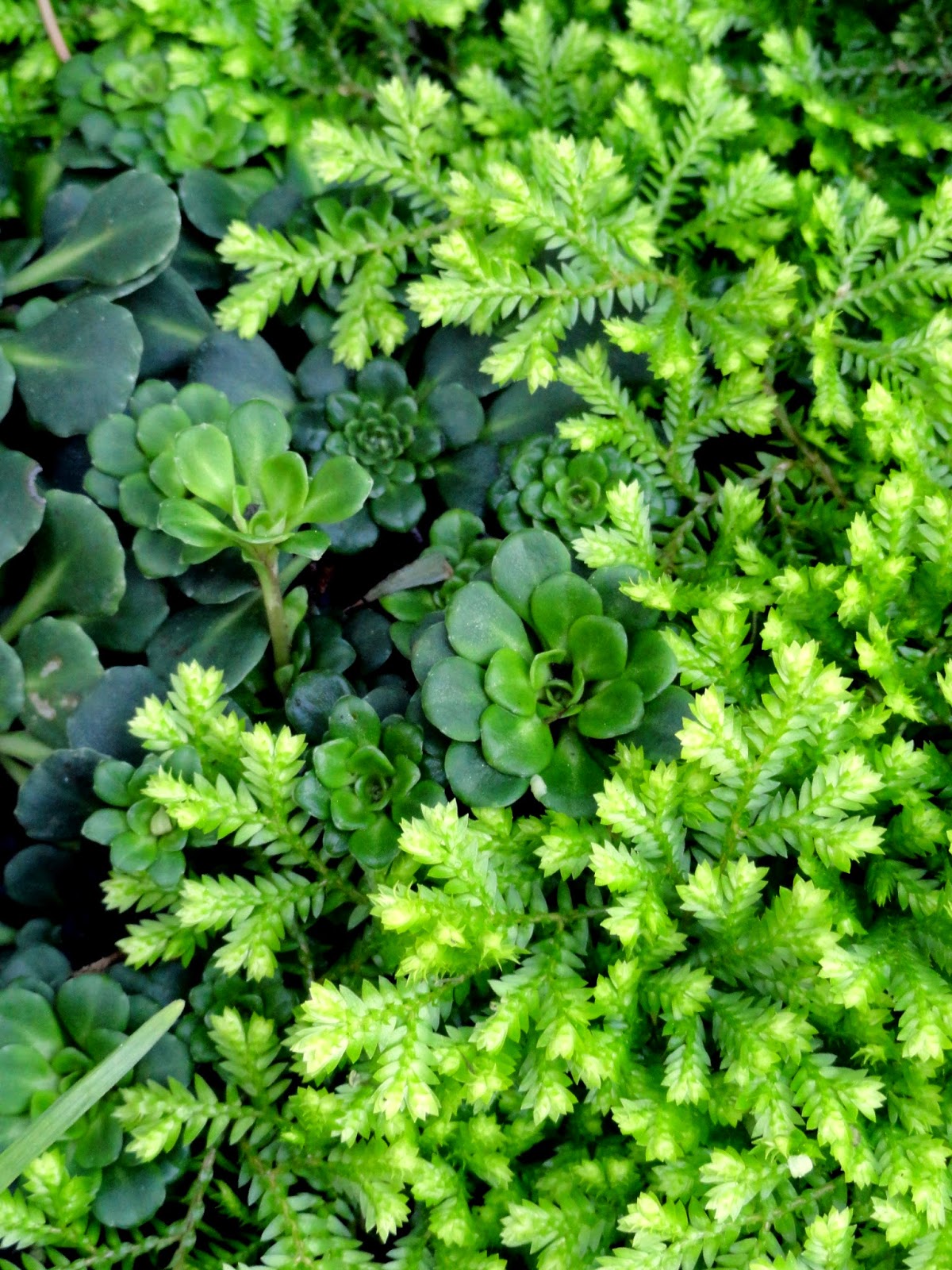