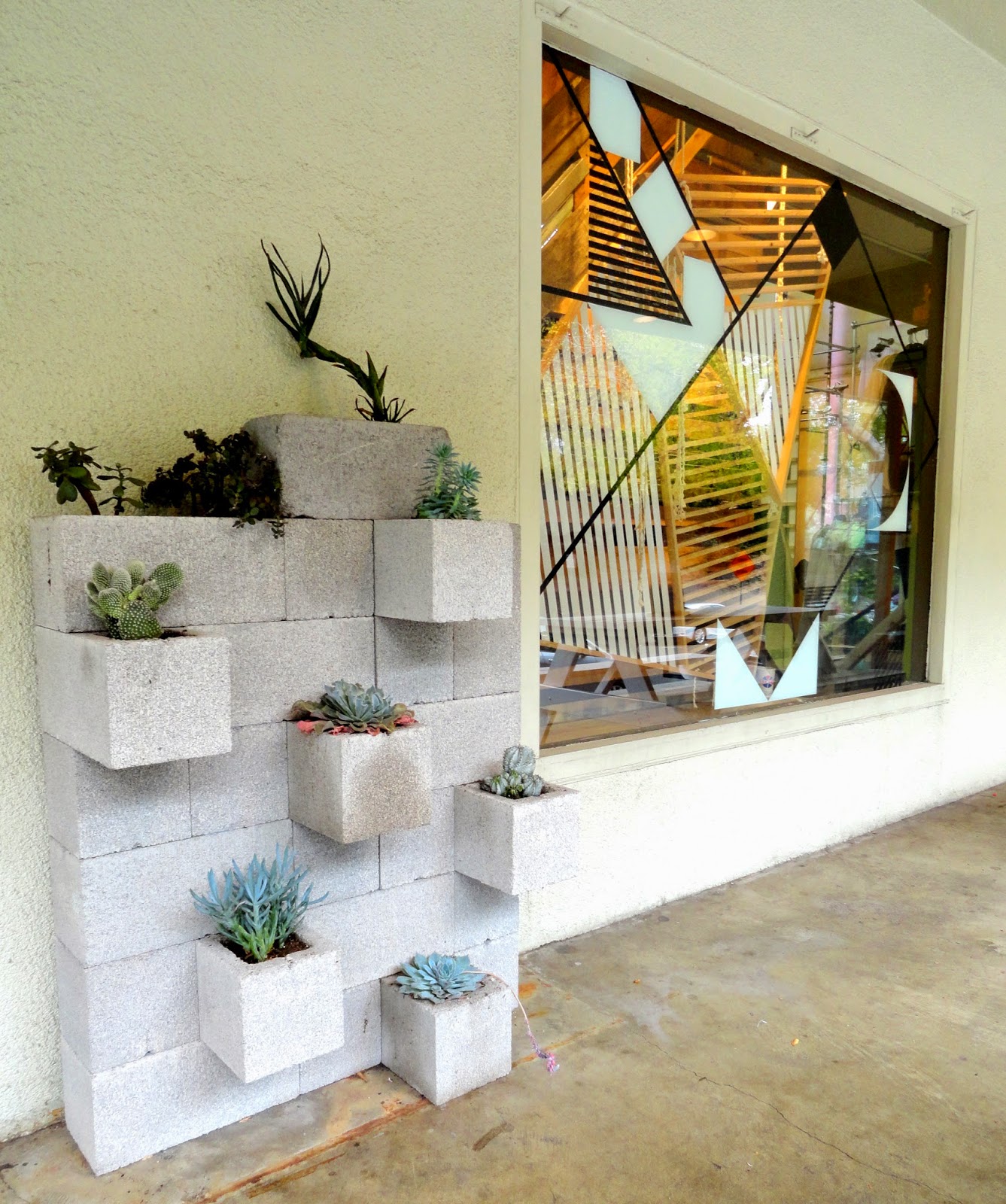 Walking down Bancroft Way across from the UC Berkeley Campus I was surprised to see a certain national retailer who’s been facing criticism for some of its questionable choices (and suffering for it) was featuring CMU planter walls in their current displays. 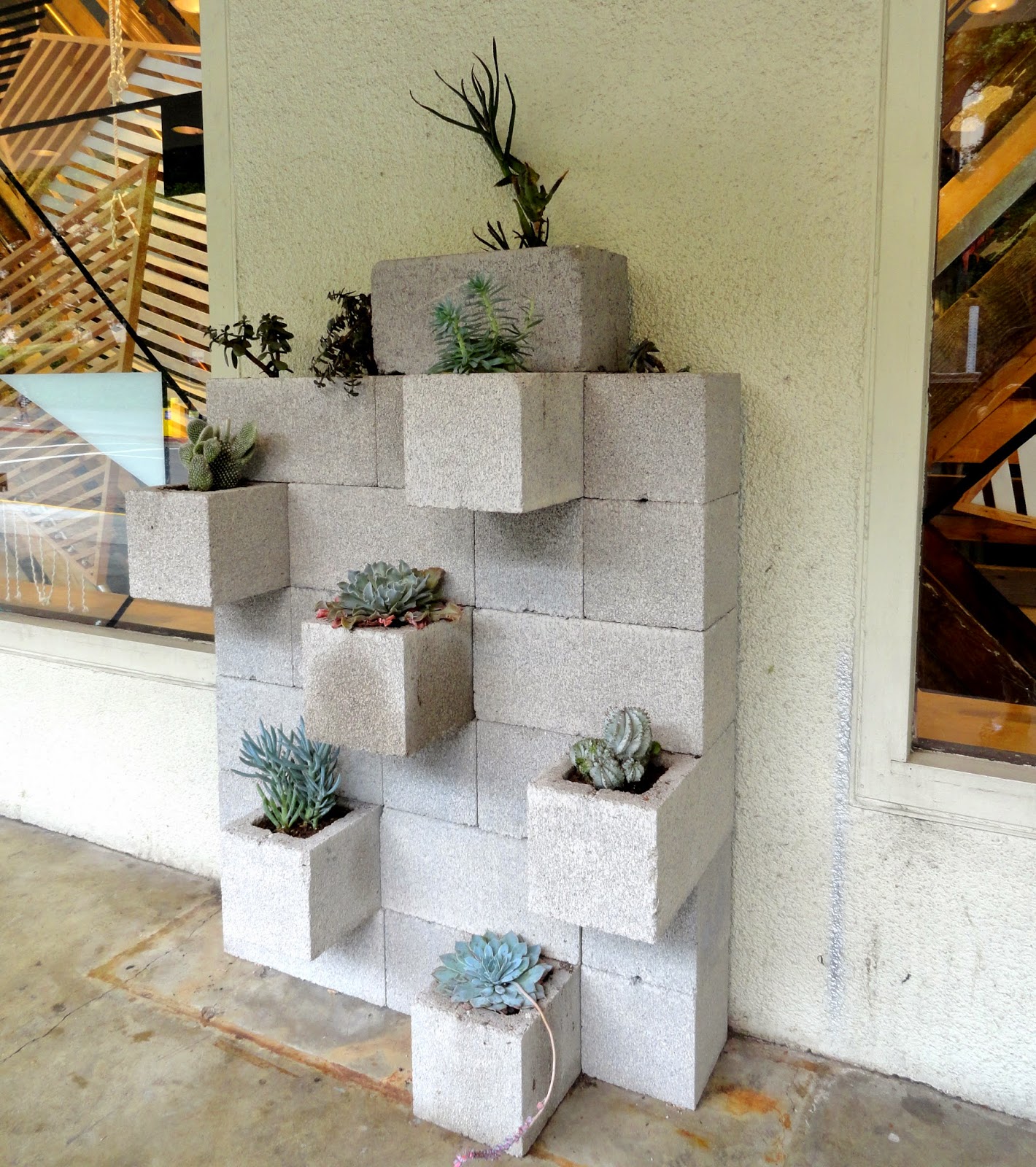 They’re supposed to be cutting edge, ahead of the pack. Don’t they know these things were all over the garden blogs back in 2011? Three years ago! 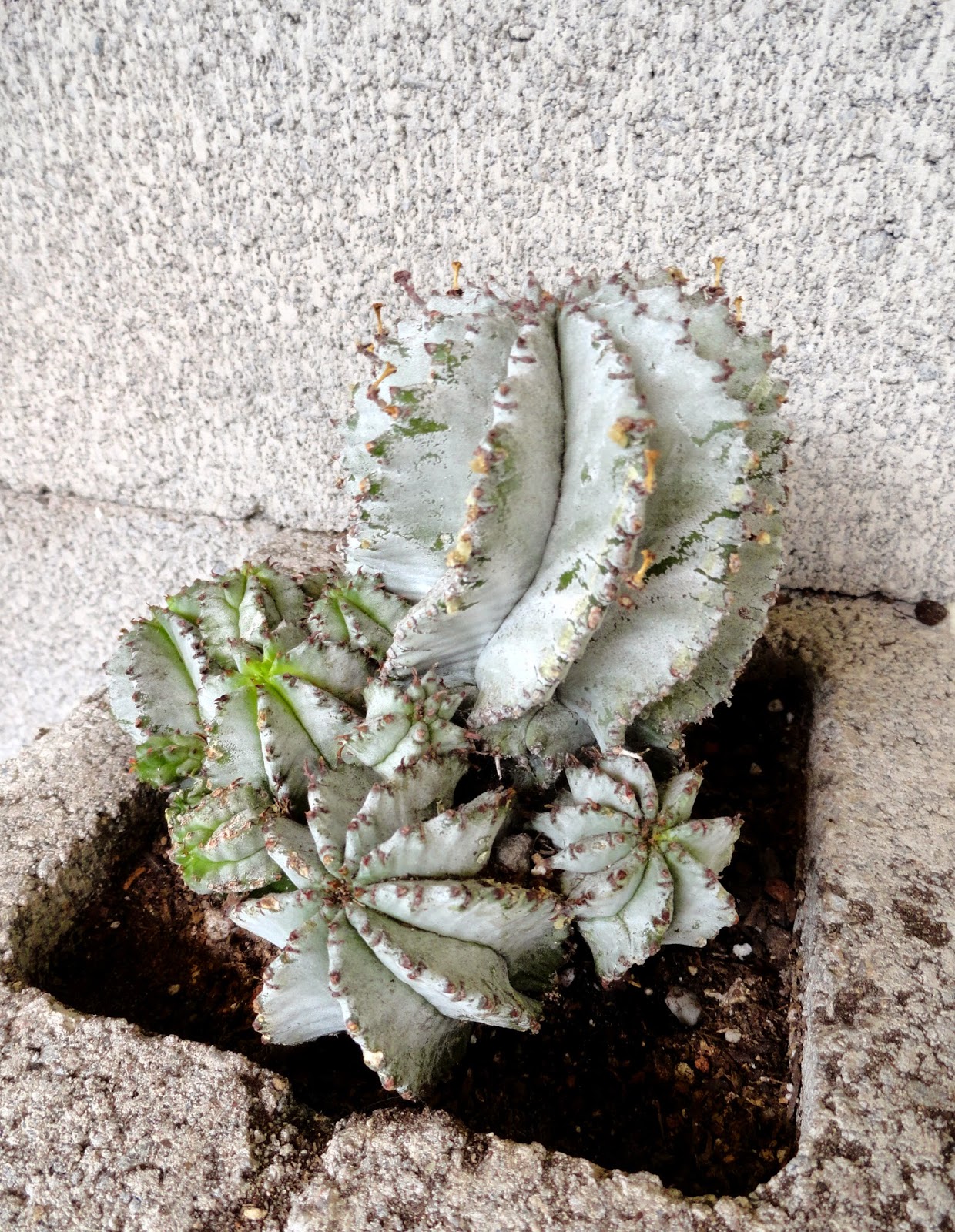 As I was snapping these photos I had a flashback to criticism I read about these DIY creations, it mentioned their lack of a grounding footing, rebar and mortar – basically indicating they’re an accident waiting to happen. 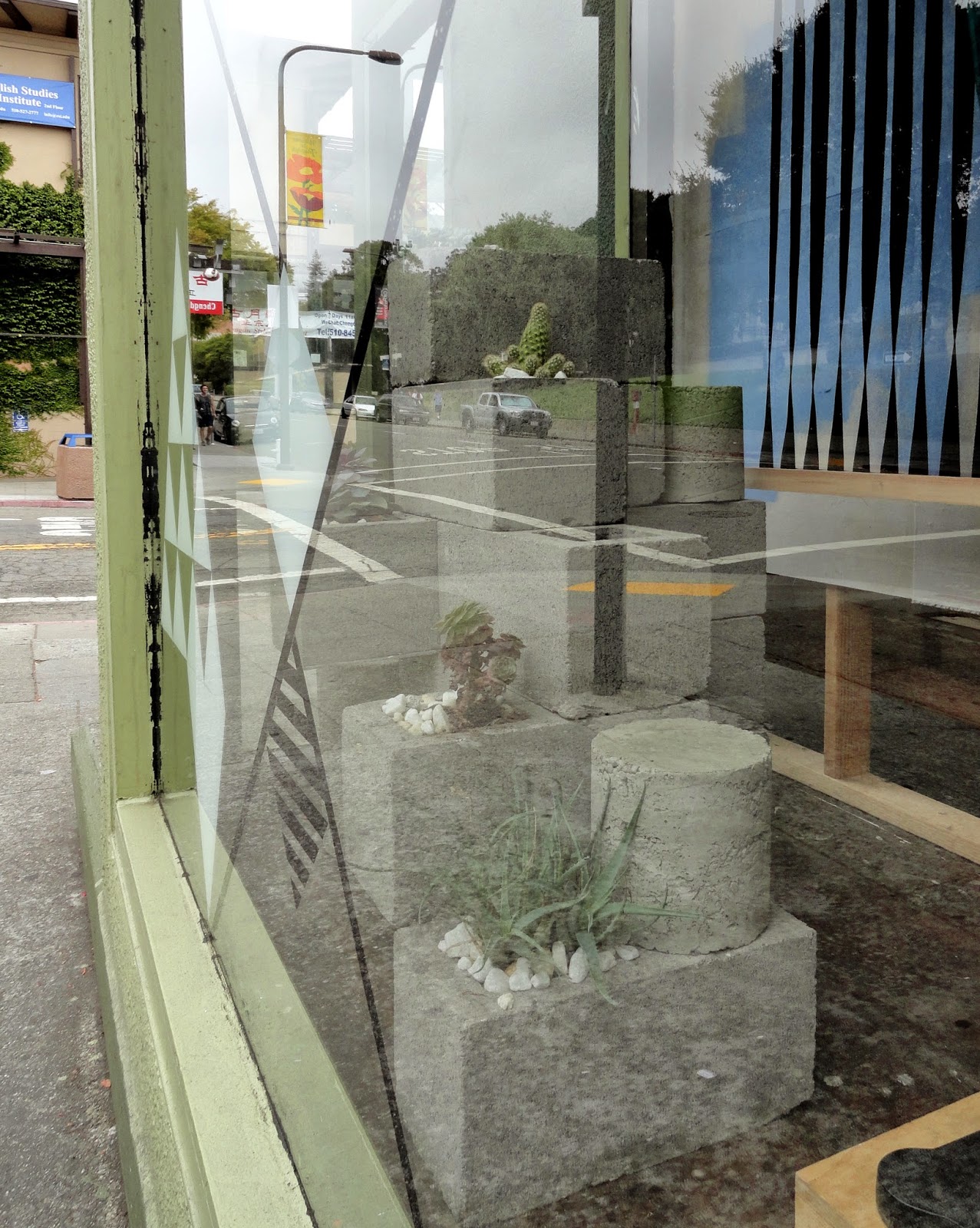 I wonder if students all across campus are building similar displays in their dorm rooms? 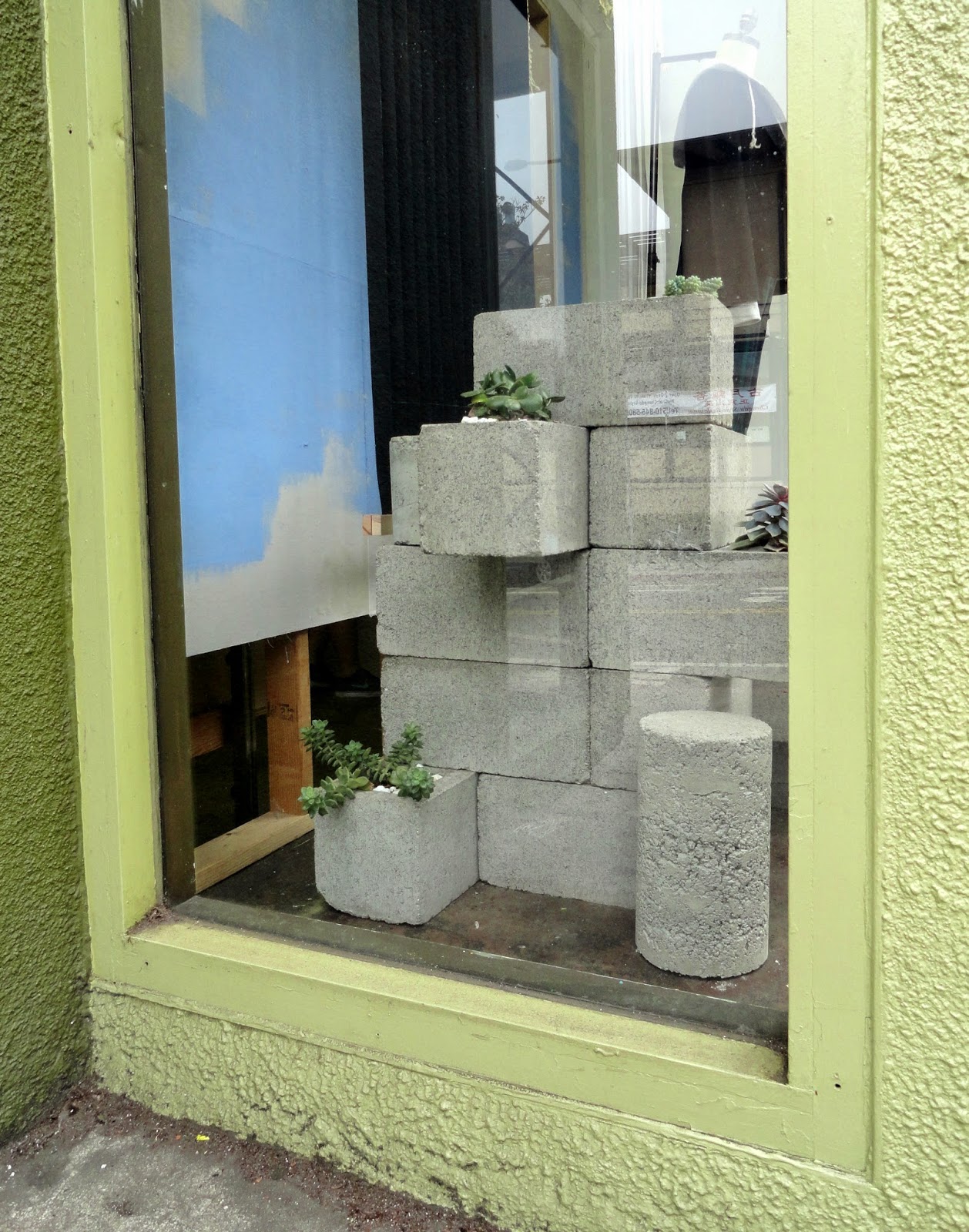 I wonder where they found those concrete cylinders? 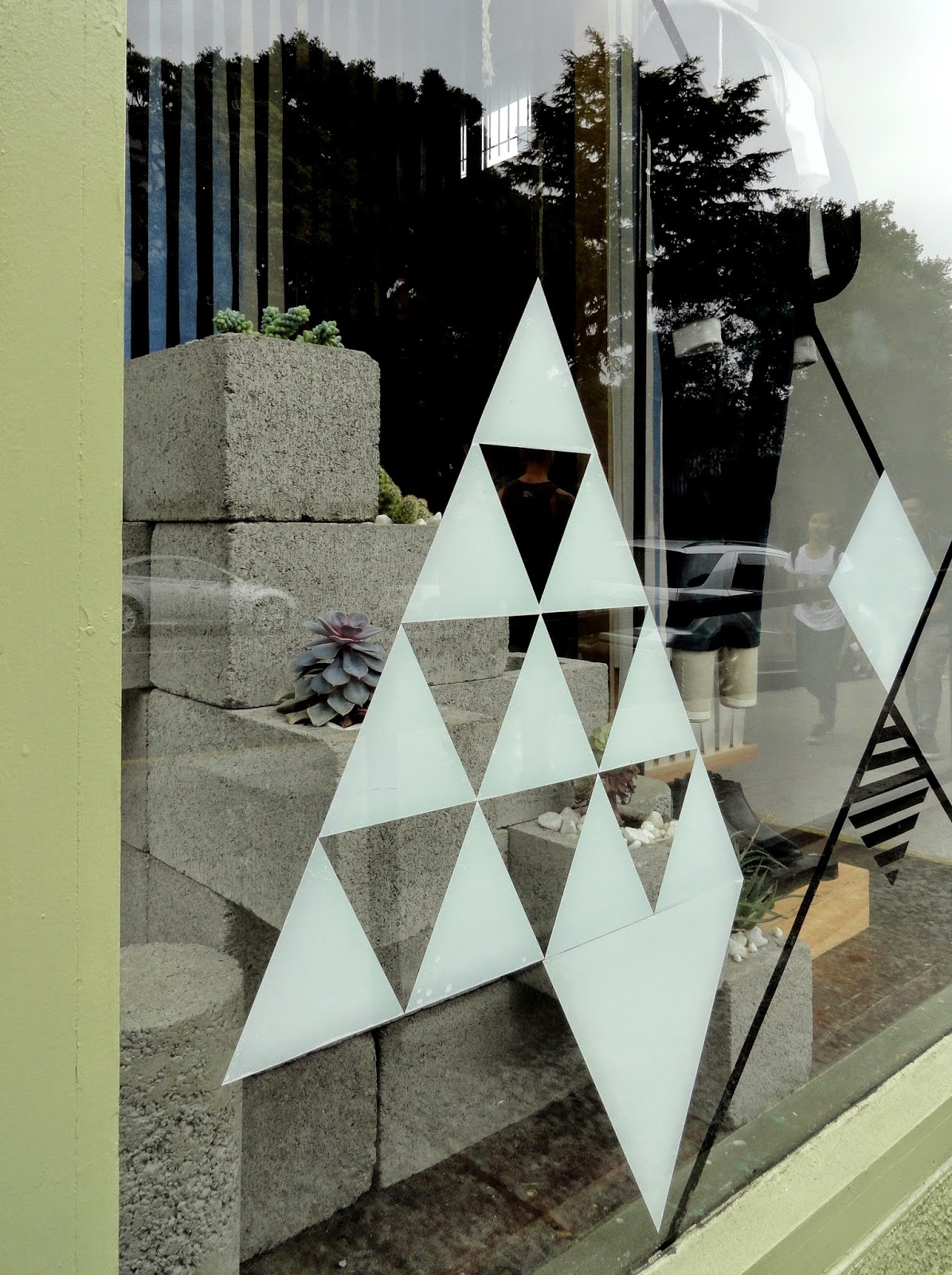 I wonder if this is part of the official visual merchandising outline or improvisation with an extra? 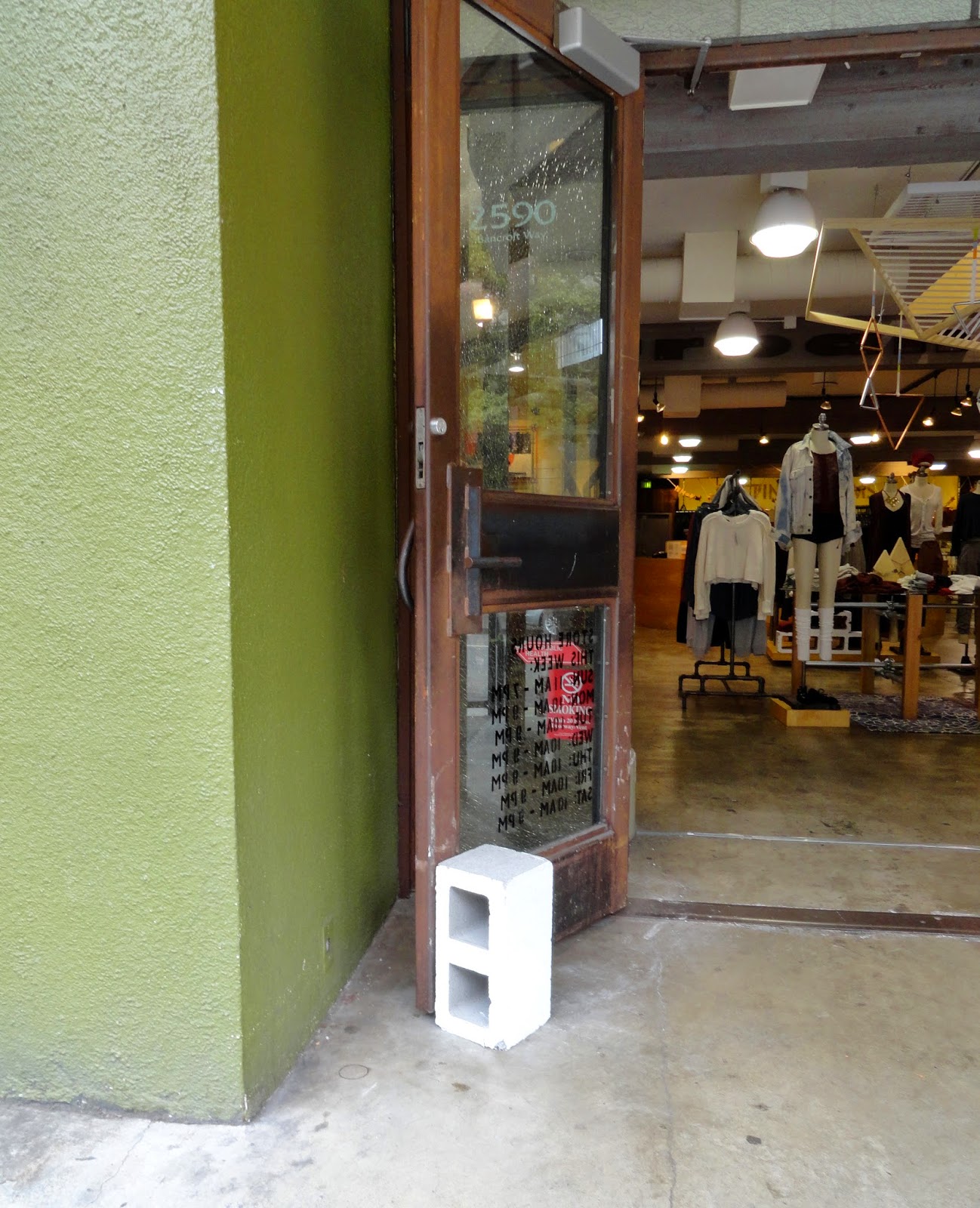