It tricked me once before, so I wasn’t going to fall for it again. Nope, I was just going to ignore that little splash of red I kept seeing out of the corner of my eye. Until I couldn’t any longer. And no, I'm not talking about the canna bloom, look toward the middle of the photo... 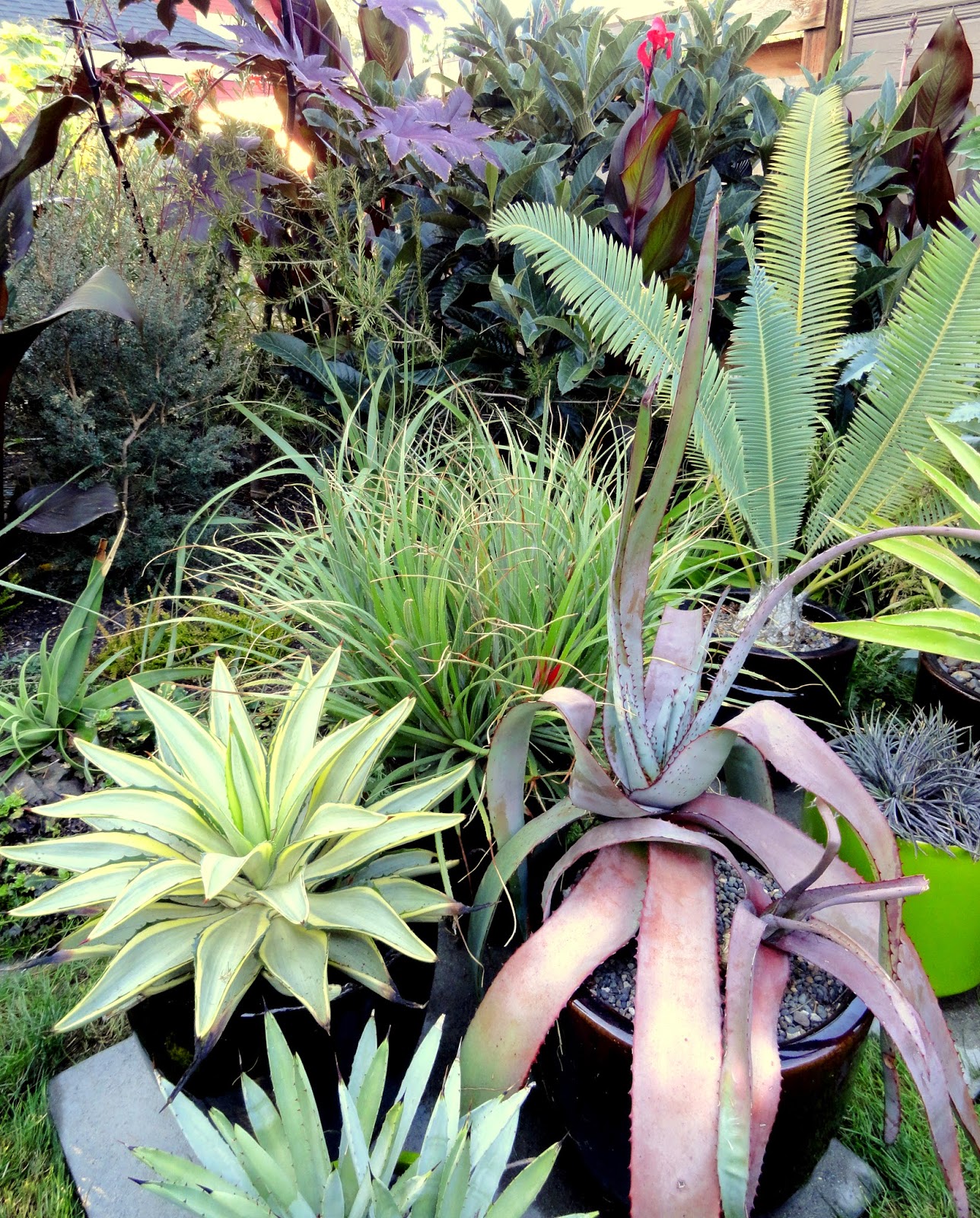 It's this red, on the Fascicularia pitcairnifolia that's got my attention. A little red appeared on a single leaf earlier in the summer, but closer inspection showed the leaf was cracked right where the red color was, so I figured that was the cause. 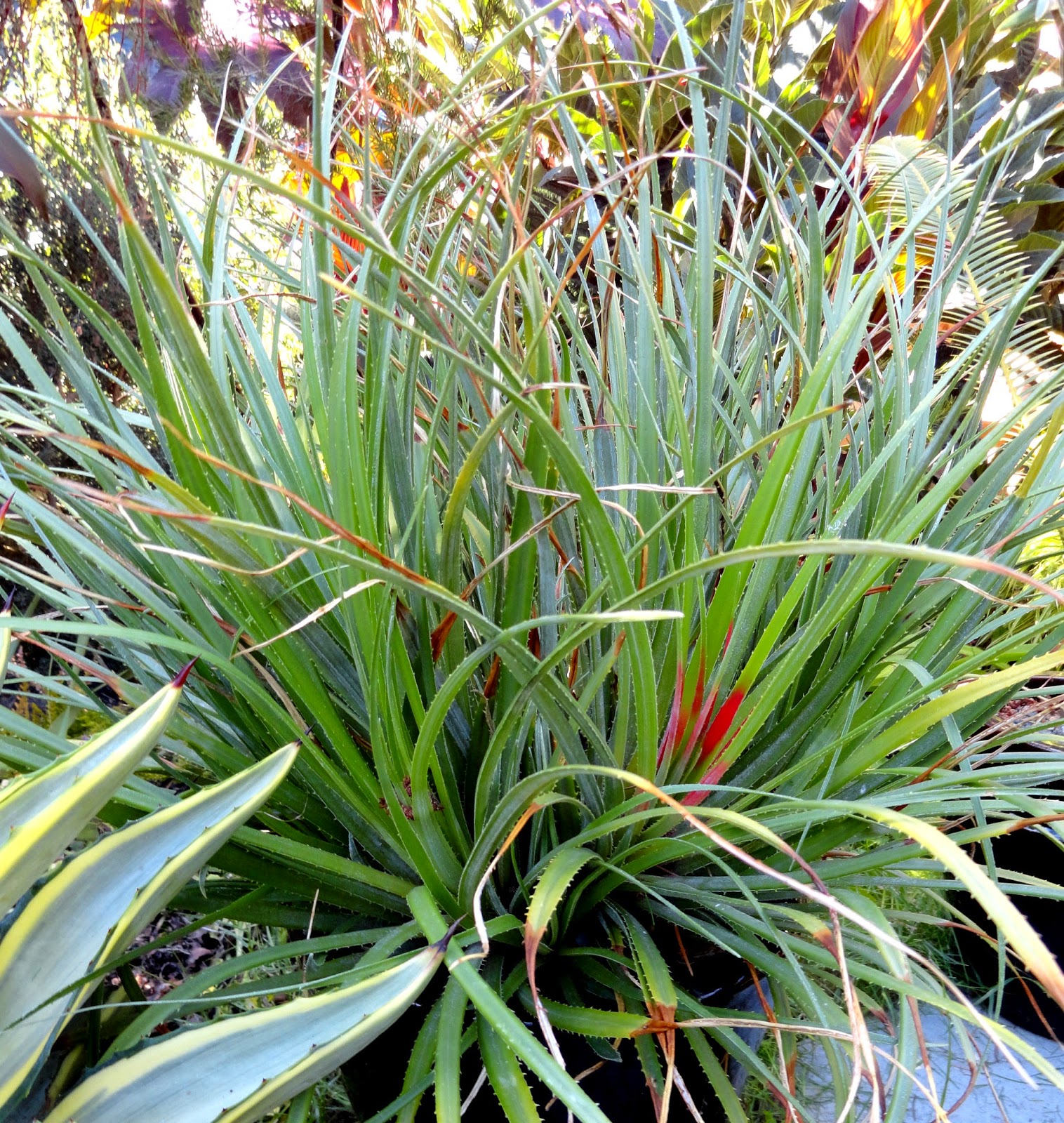 Whatever the reason was for that episode, this is taking it to a whole new level! A level that would seem to indicate a bloom is immanent, but for now there's no bloom happening (unlike what Mark & Gaz discovered on their Fascicularia bicolor subsp. canaliculata recently). 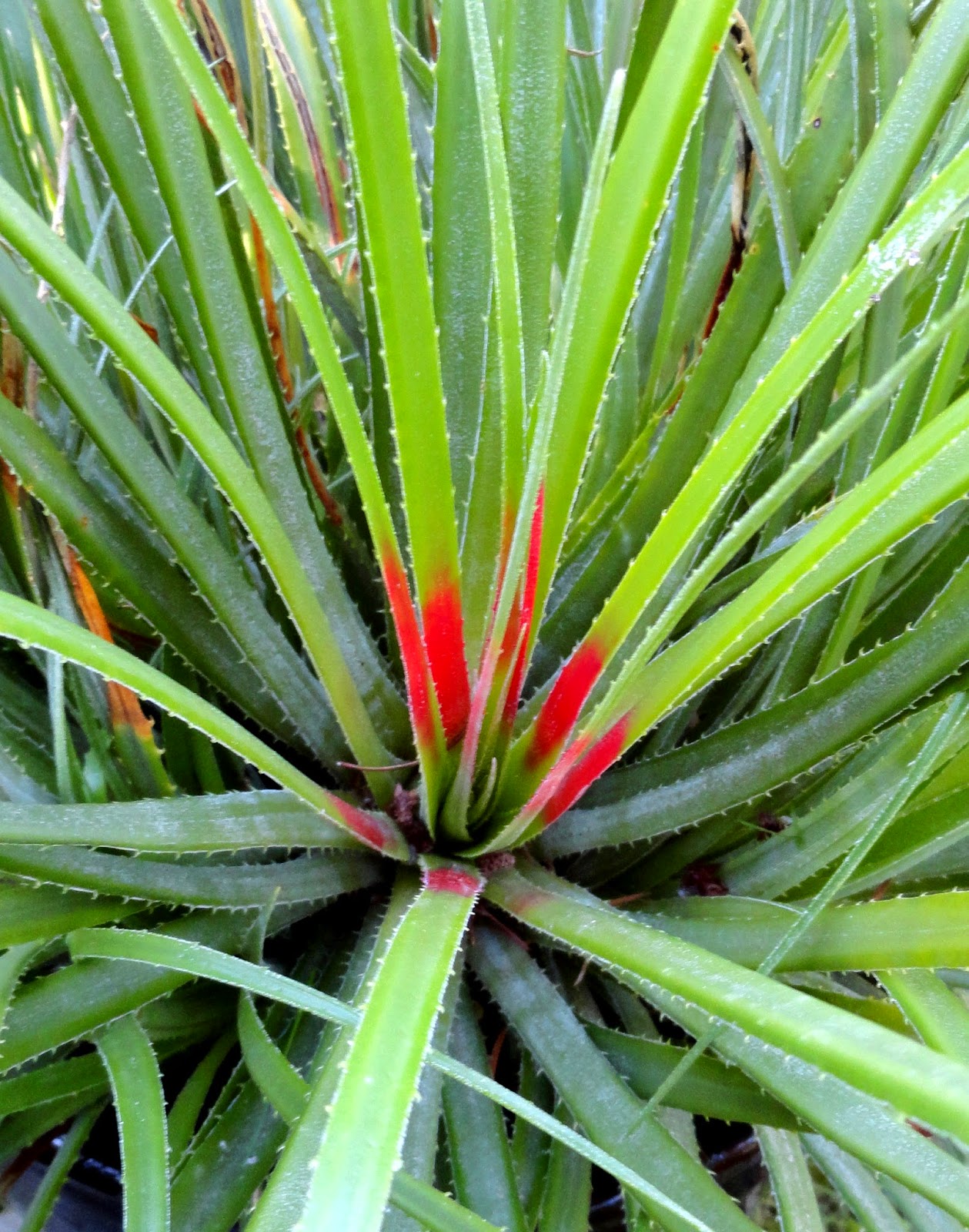 These photos I took of a Fascicularia bicolor/Fascicularia pitcairnifolia (I will not be addressing the confusing name issues in this post, leaving that for another day or another blogger) in the Alpine House at Kew Gardens (in 2012) show multiple blooms... 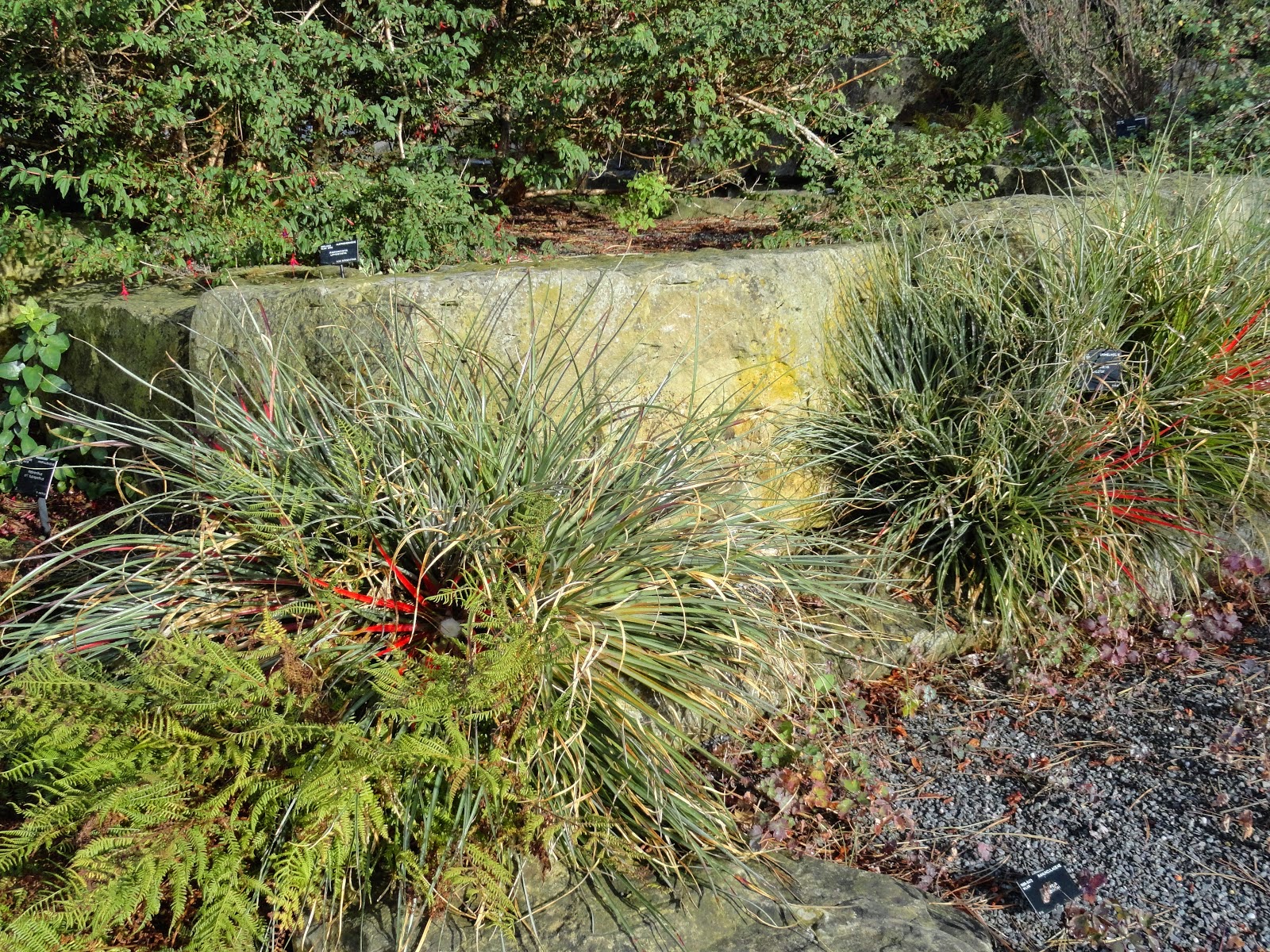 Maybe the red bits on my plant are the beginning of something similar? 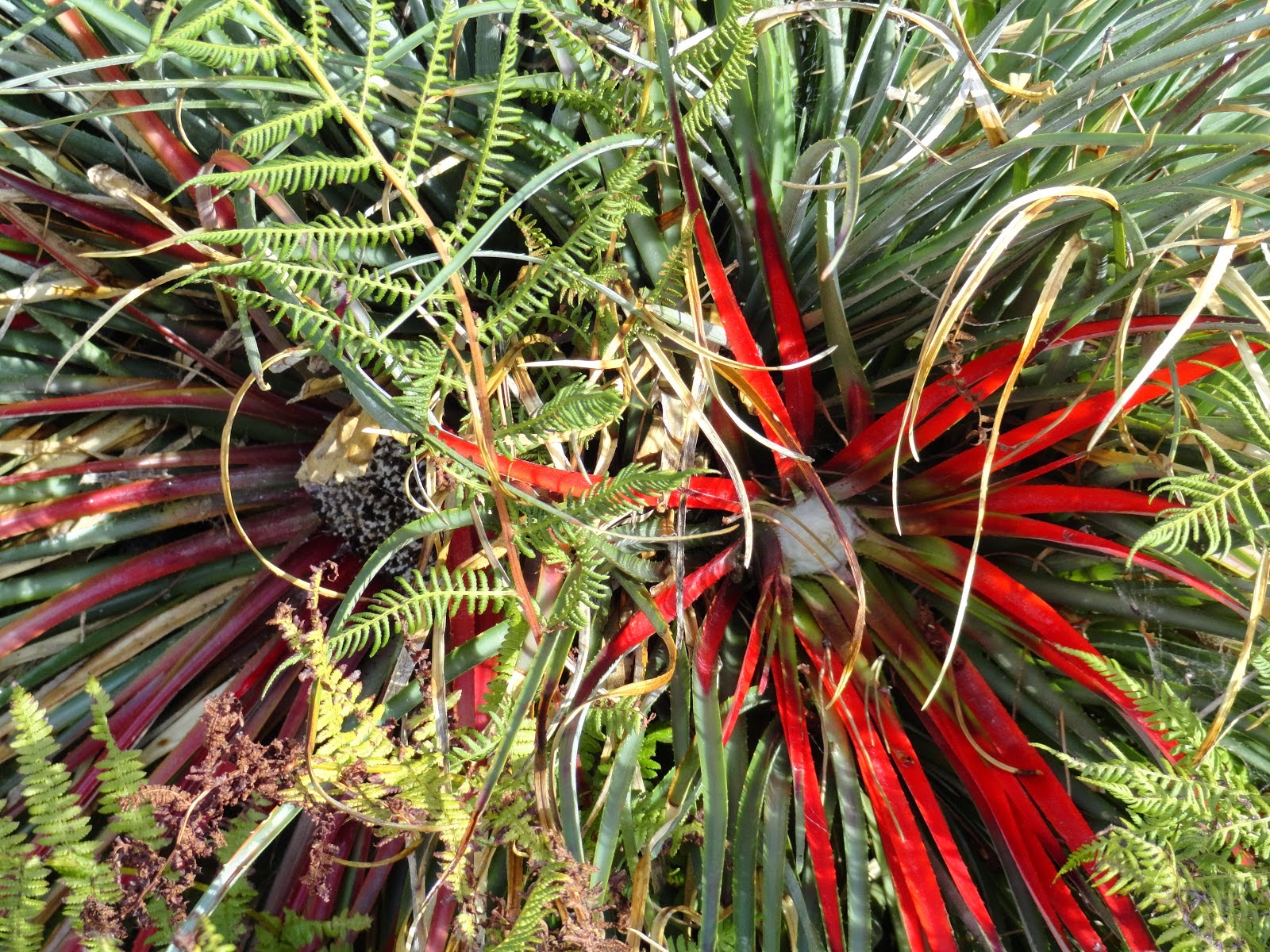 Switching to a different plant entirely, here's a Bromelia balansae at the Huntington Botanical Garden. I took these photos in 2012... 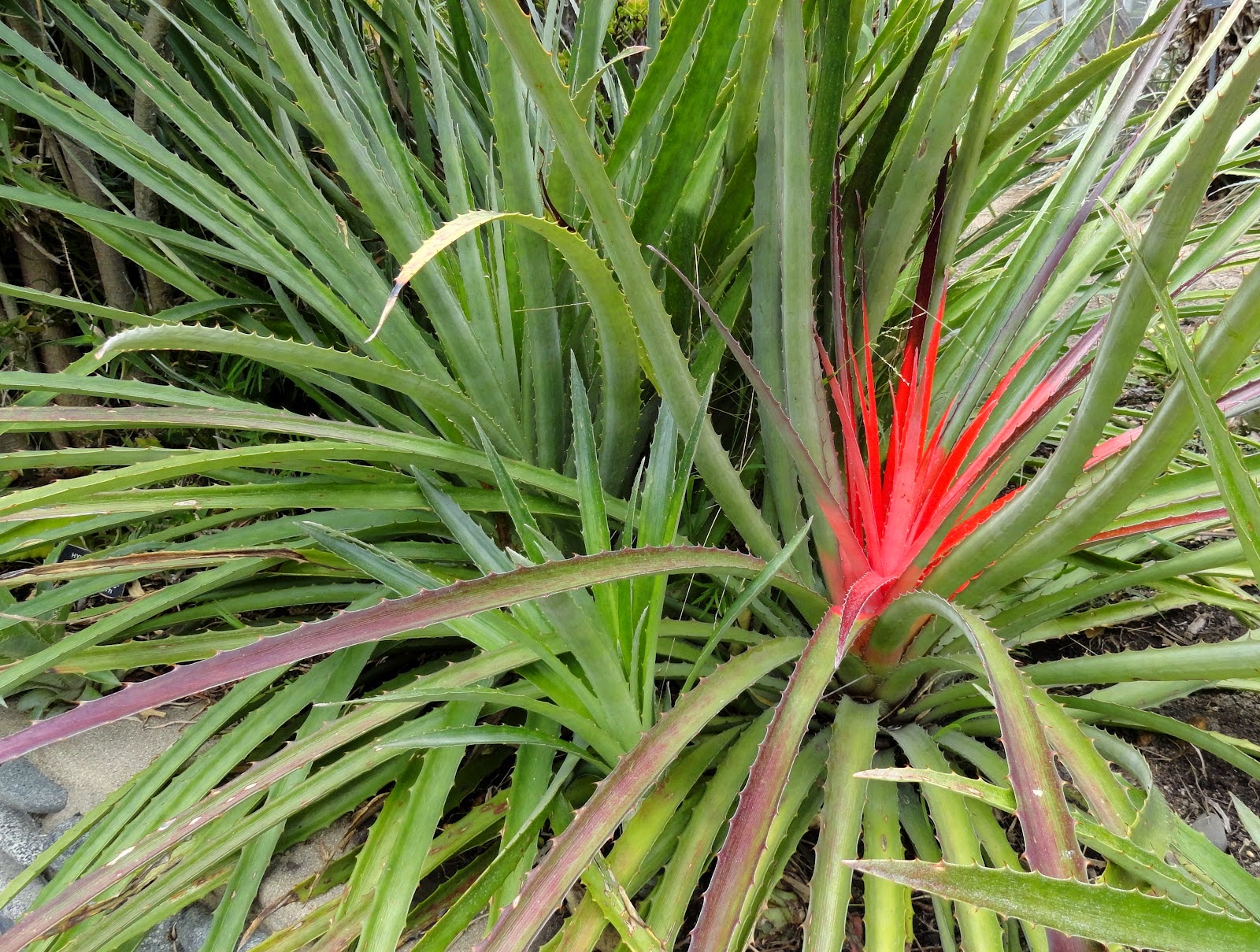 Some plants were just starting to bloom nnd others were further along. 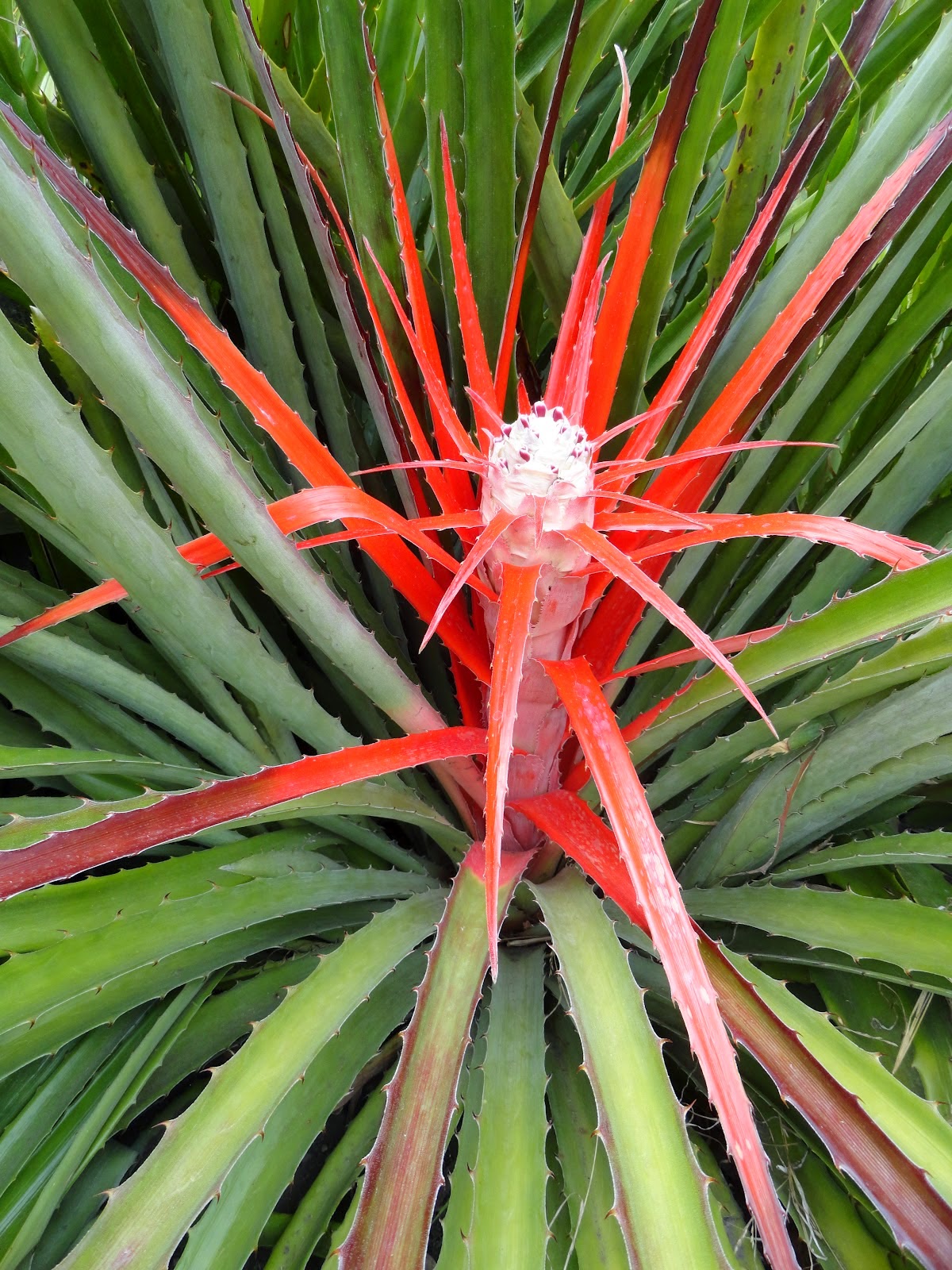 Seeing the various stages was wonderful. I really must look into how/if Bromelia balansae and Fascicularia pitcairnifolia are related (and confuse myself even more). 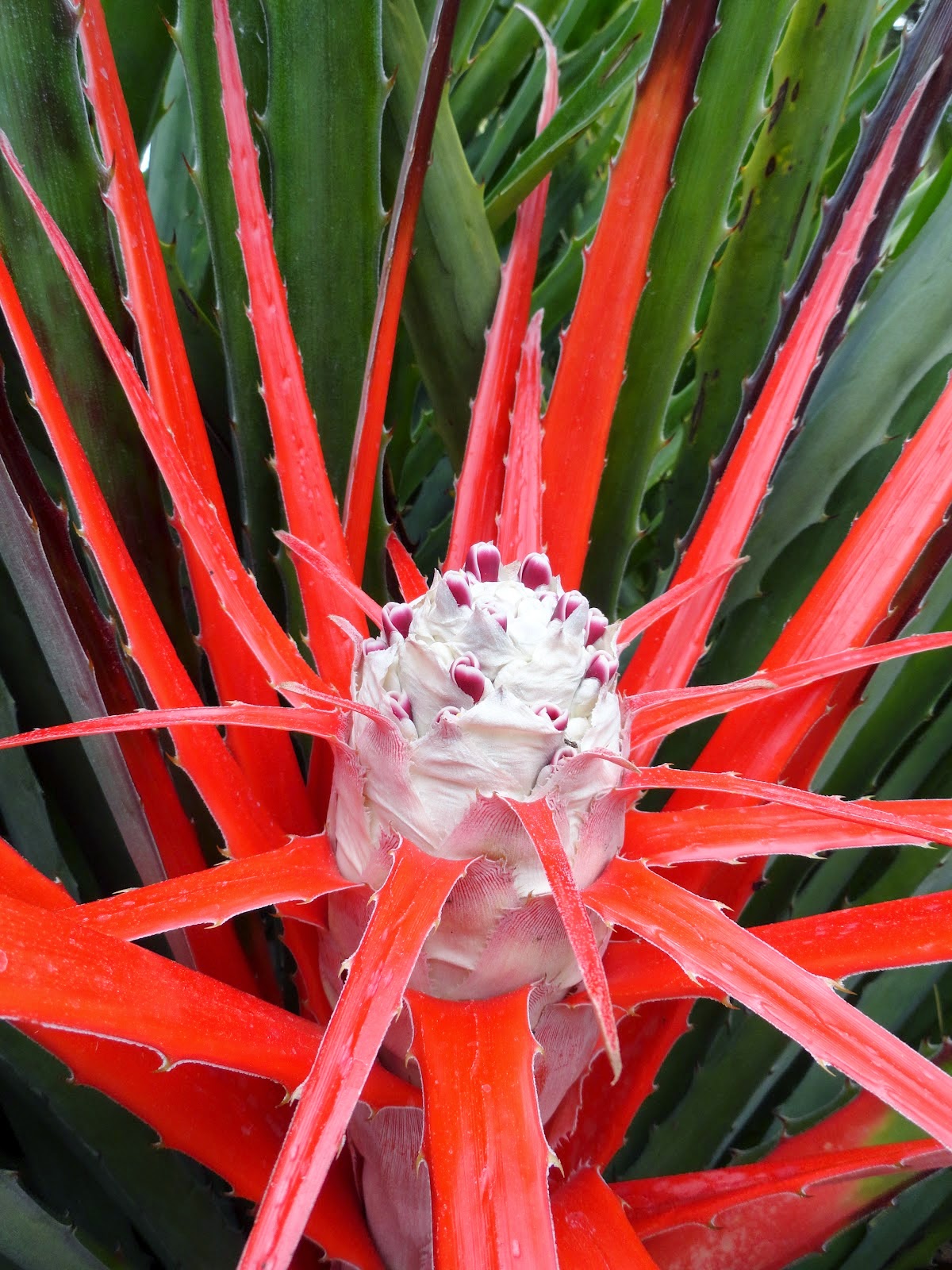 Meanwhile I'll be keeping an eye on my Fascicularia, who knows what it's got planned? 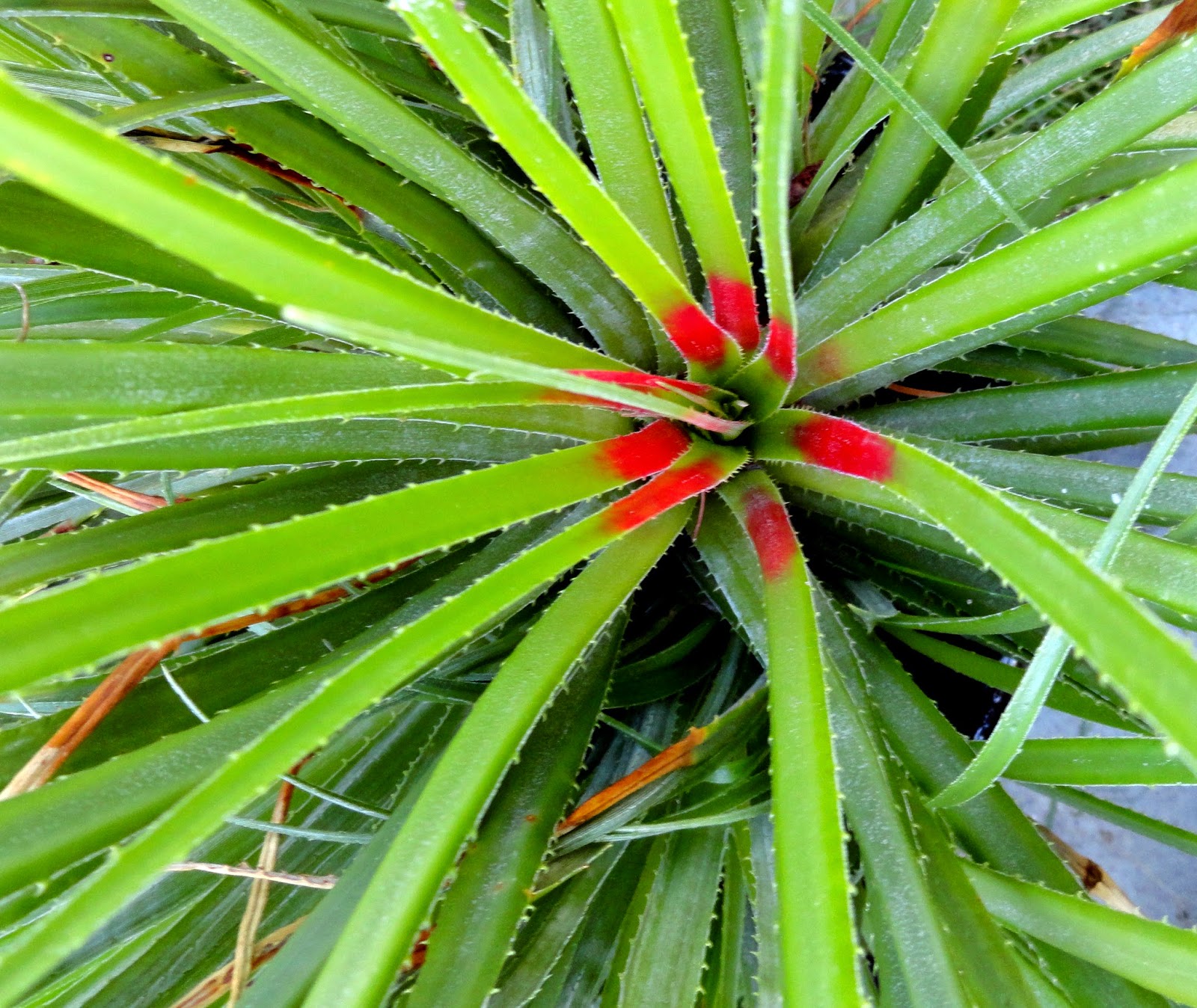