Powder and spikes, an odd combination of favorites this week…

Two plants were begging to be featured as favorites this week, two very different plants. The first one is all soft and powdery, Artemisia stelleriana 'Silver Brocade'. 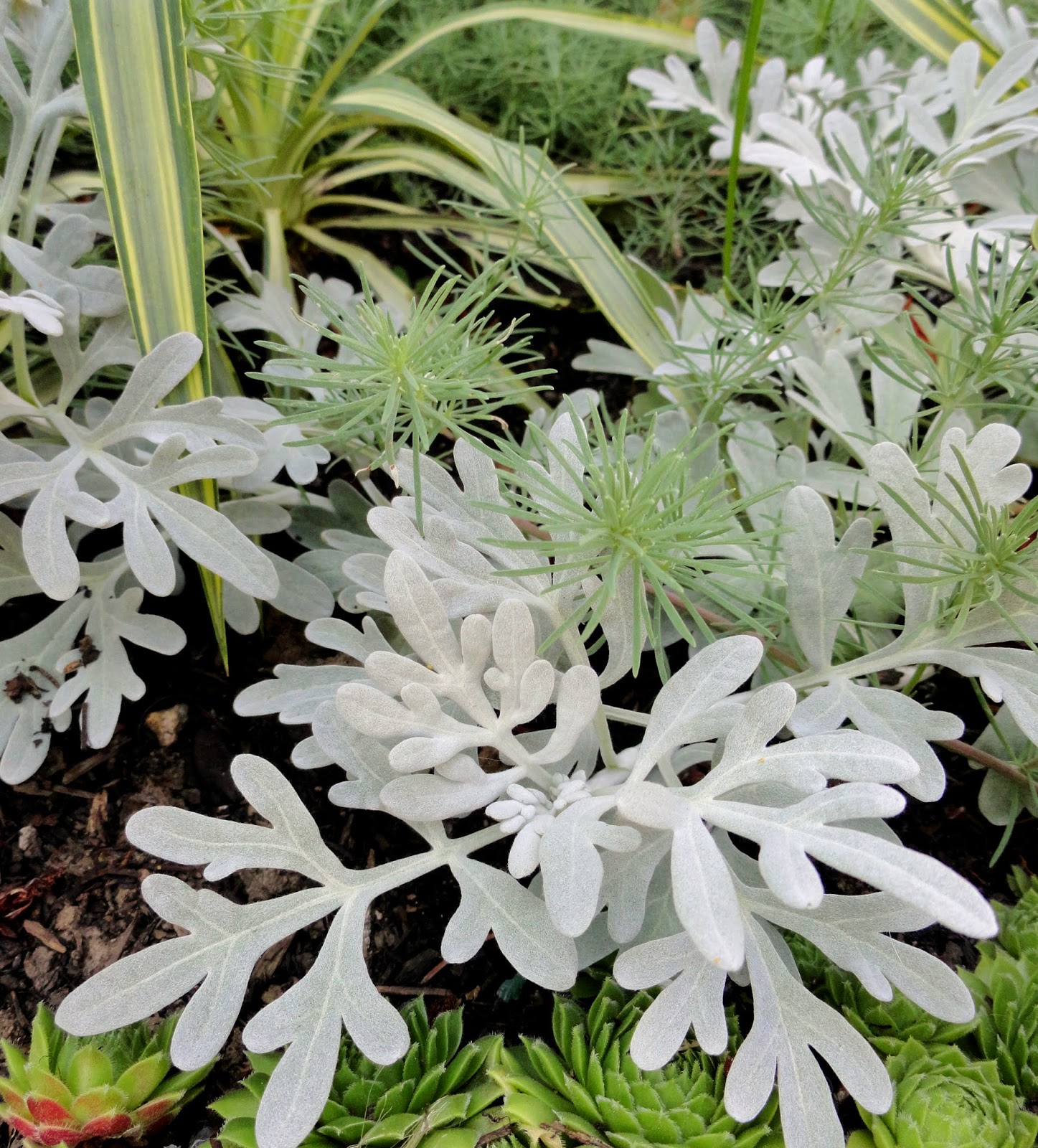 Planted as a small 2-inch "basket stuffer" in June it's done a great job of stretching out to cover some ground. 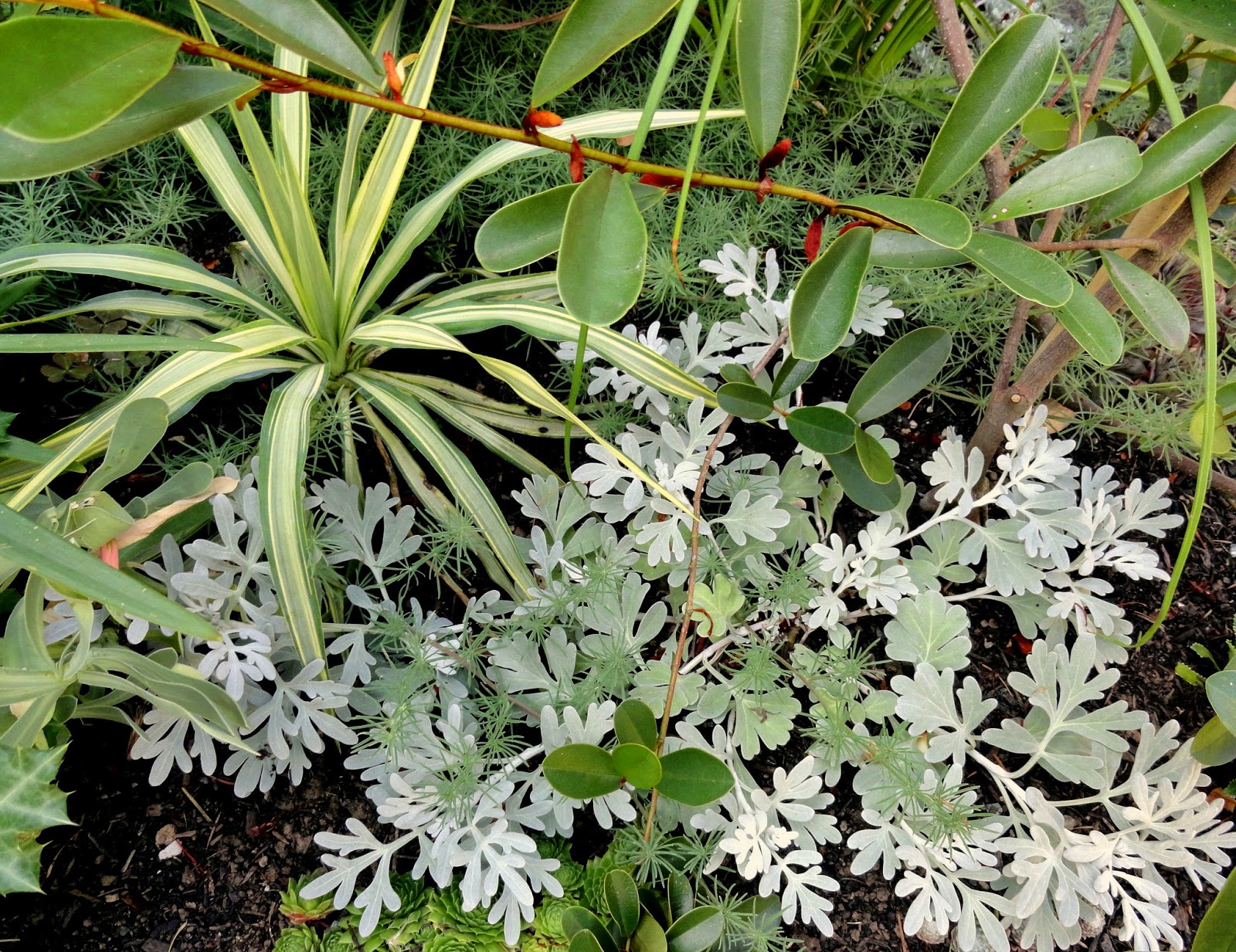 I was worried it would take on a rough "dusty miller" appearance as it grew but so far that hasn't been a problem. Of course the real test will be what it looks like come spring, I imagine I'll be cutting it back for a fresh start. 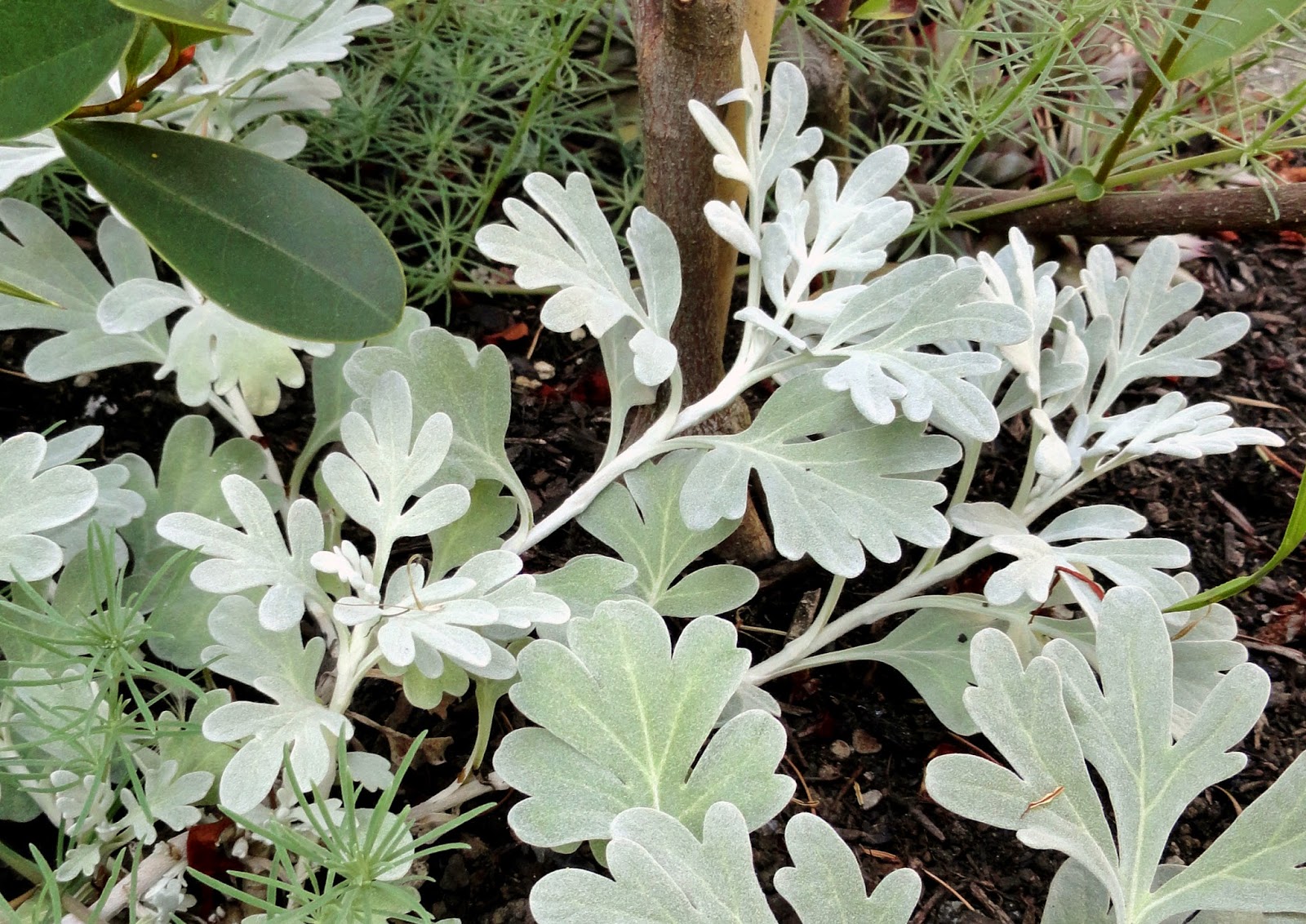 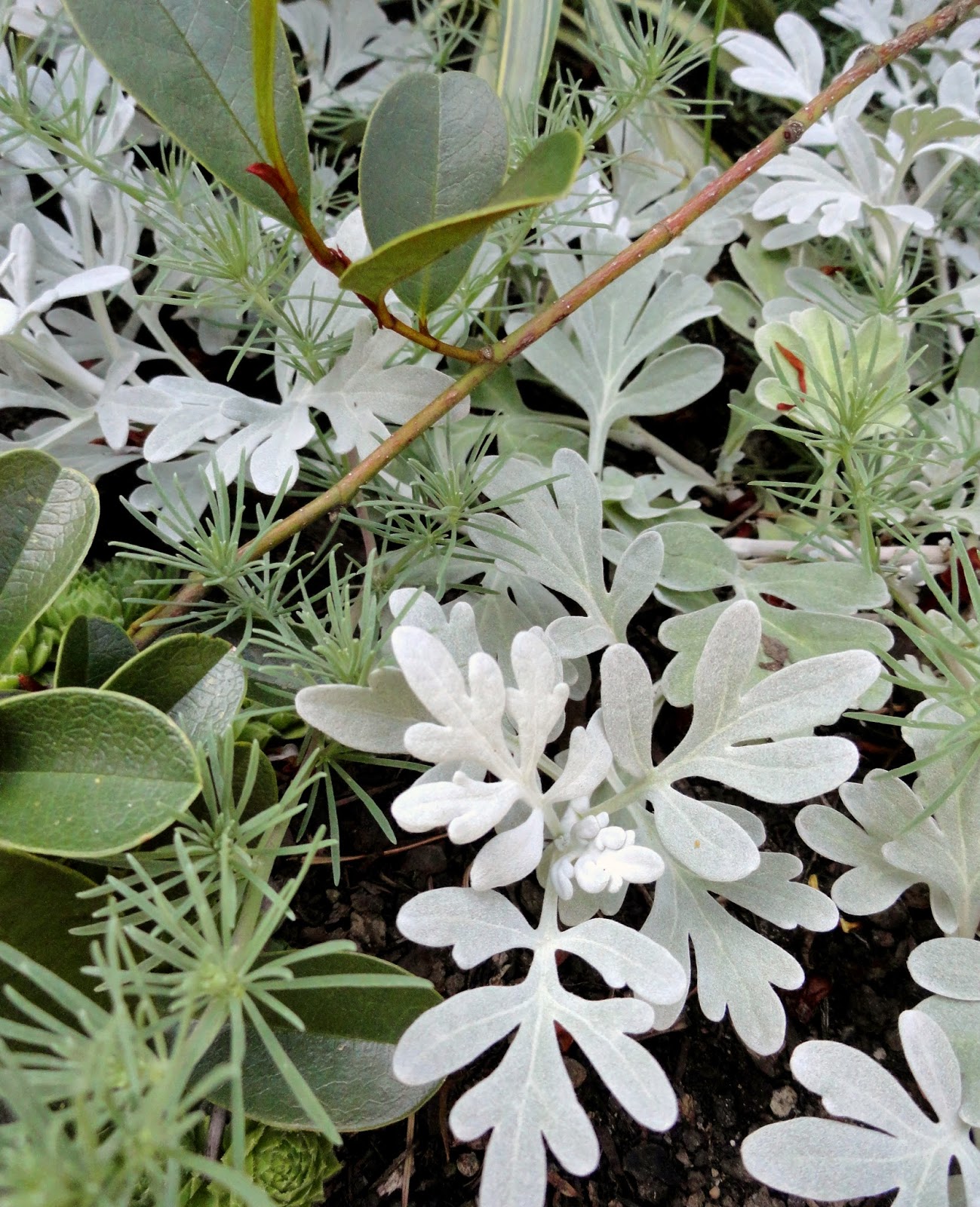 The second plant, Pachypodium lamerei, is anything but soft, although it's crazy top-mop of foliage does have a "touch me" quality... 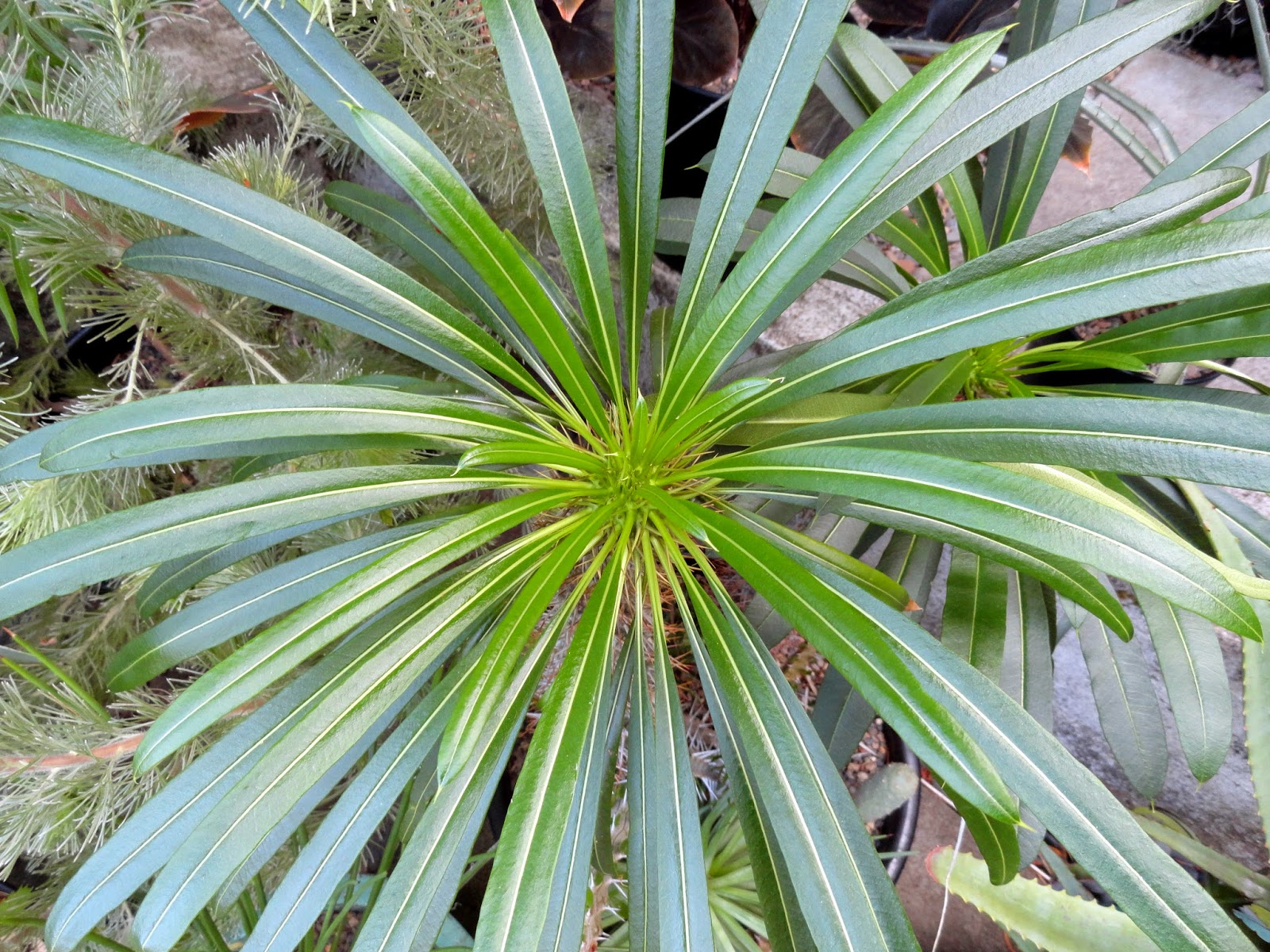 However with a quick glance below the leaves your fingers might recoil in horror, look at those spikes! 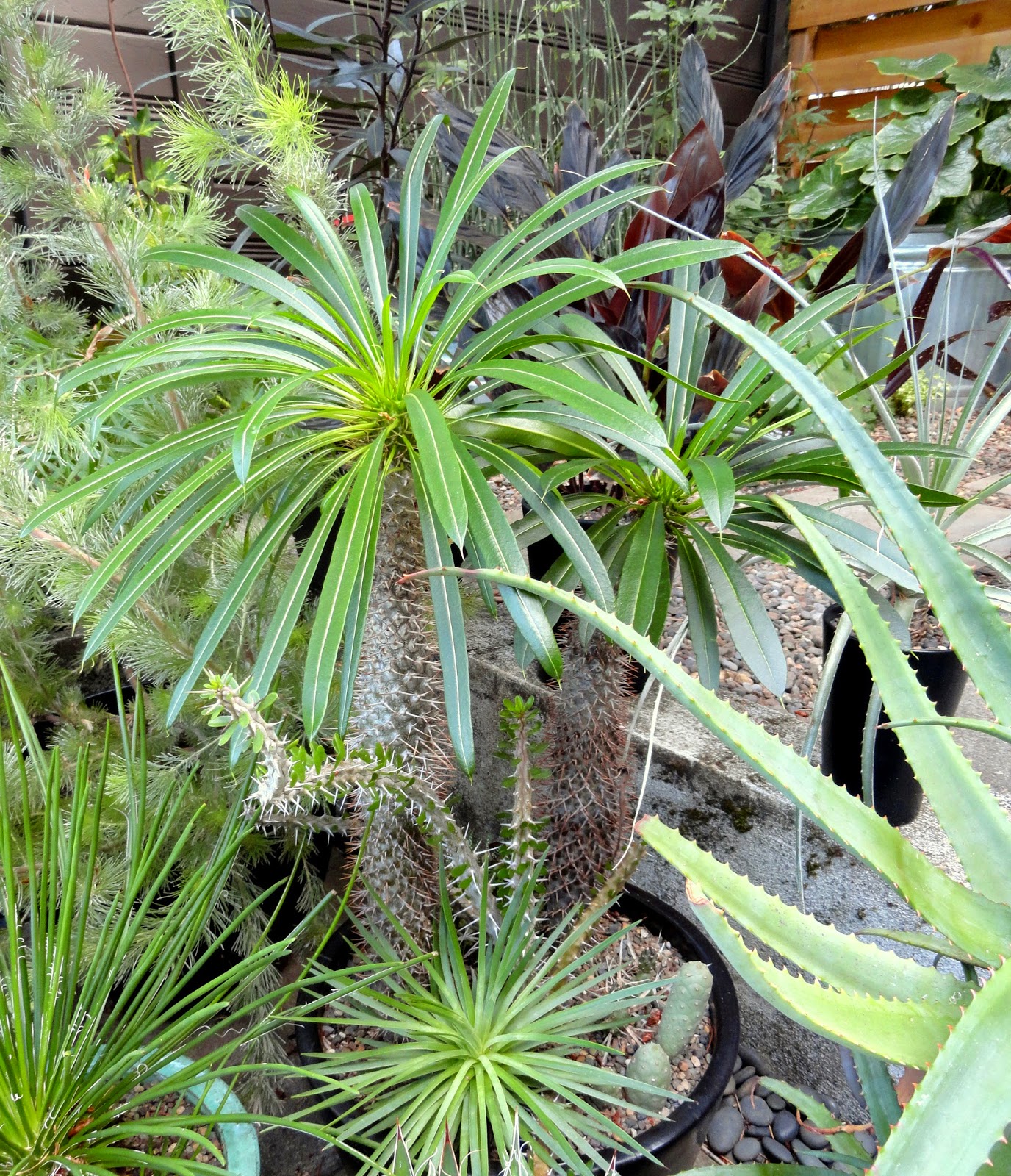 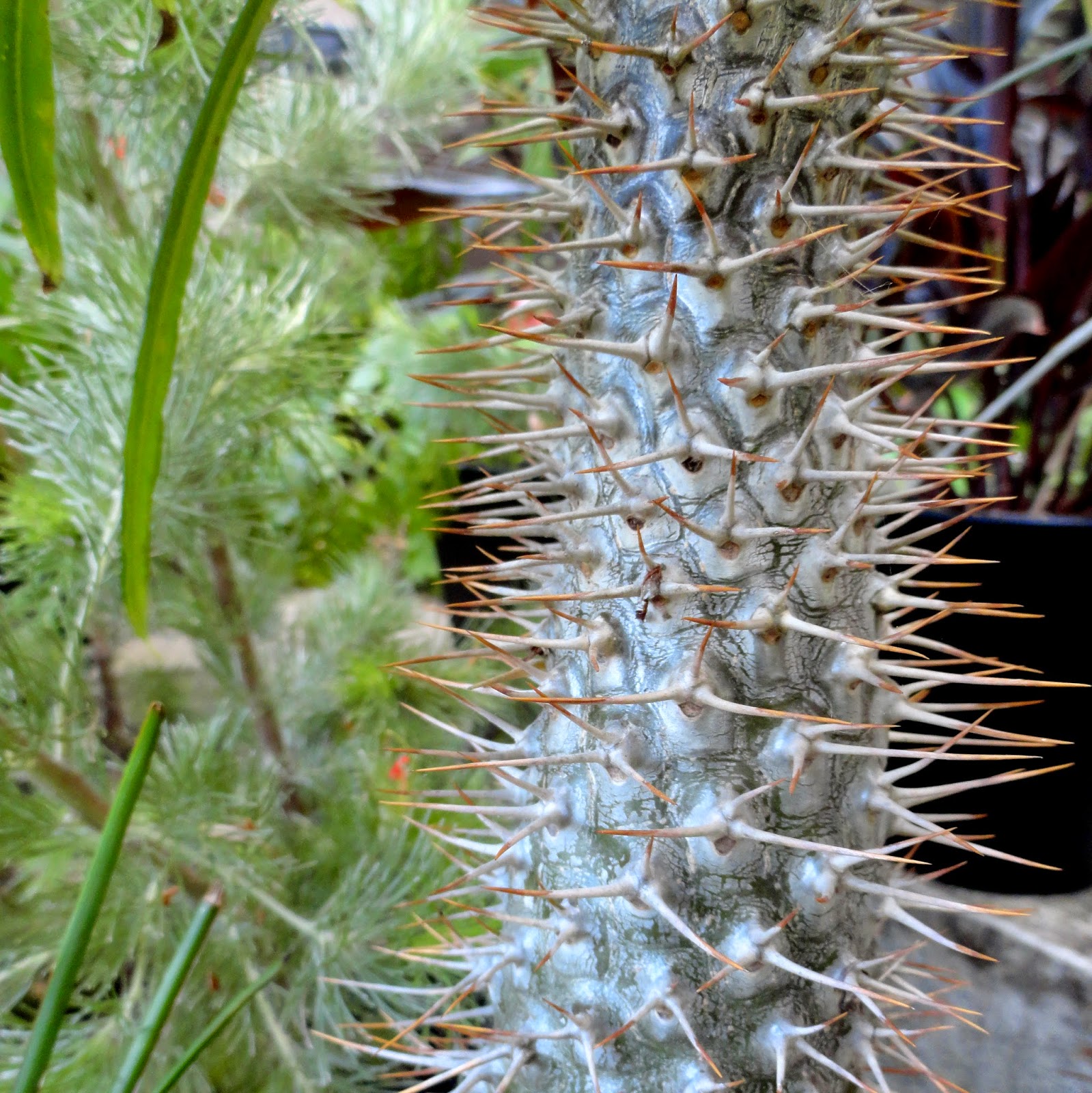 This one isn't hardy here in my Zone 8 garden (requires at least Zone 9+) so they (there's actually a pair planted together) go indoors each winter, and typically loose their leaves. The first time it happened I was concerned, but now expect it, as soon as they go back outside when temperatures warm in the spring the leaves reappear. 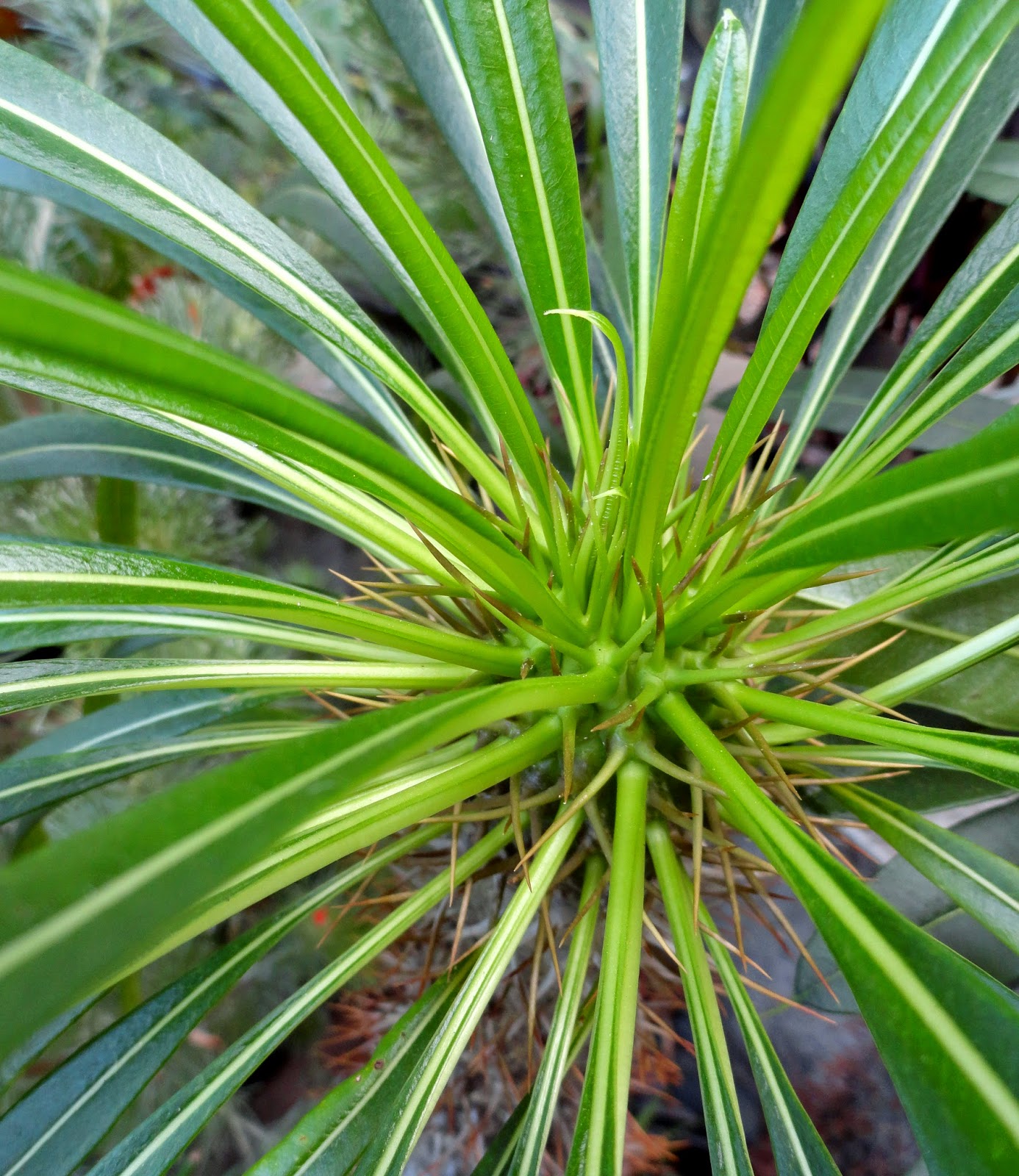 These can become small trees (up to 15ft tall) when planted in the ground. They're native to Madagascar, which explains the common name - the Madagascar Palm. They both have an extra nice crop of leaves this year, which is why they caught my eye. So you know what I'm wondering...what's looking good in your garden this week? 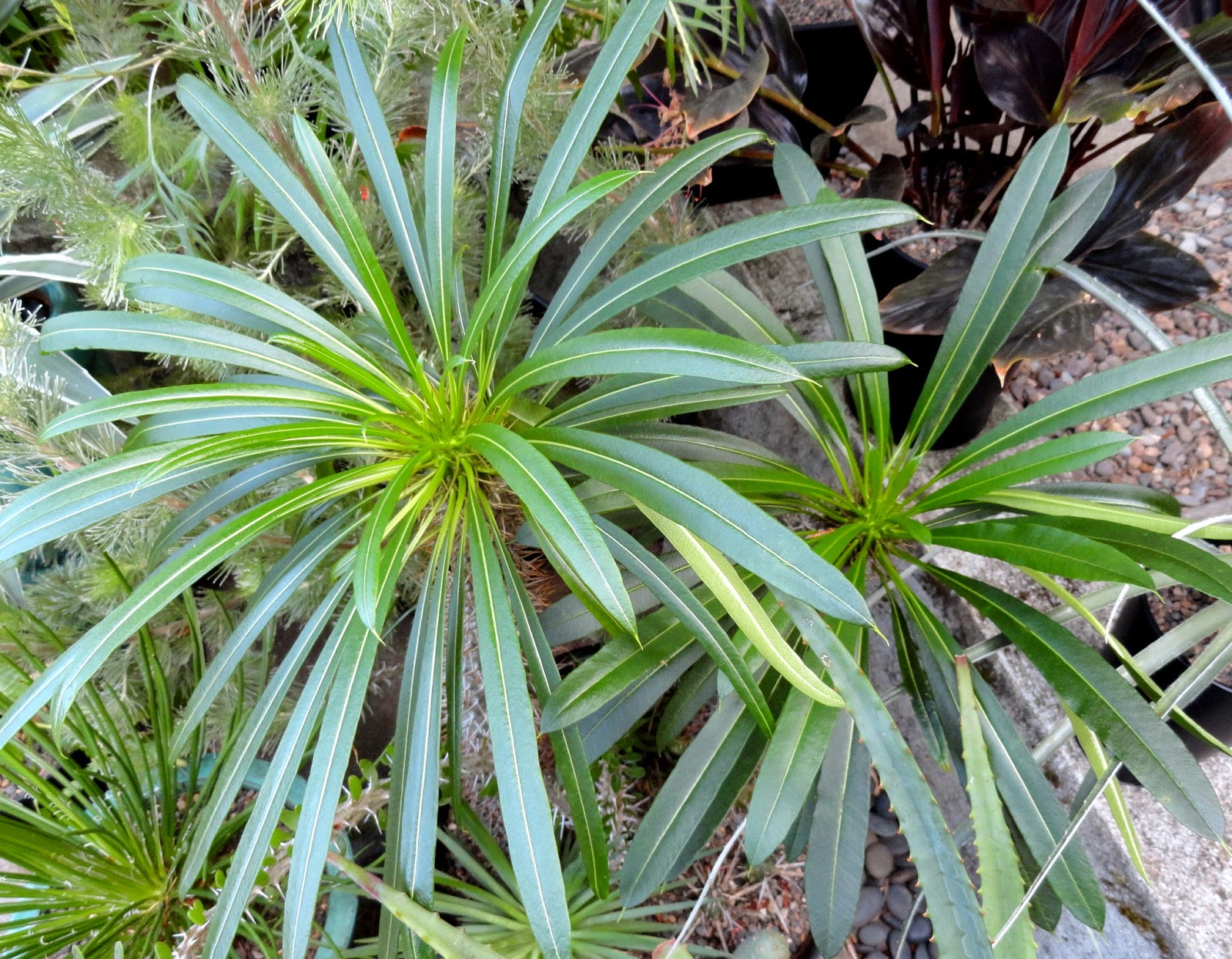