Lupinus albifrons is my favorite plant in the garden (this week)… 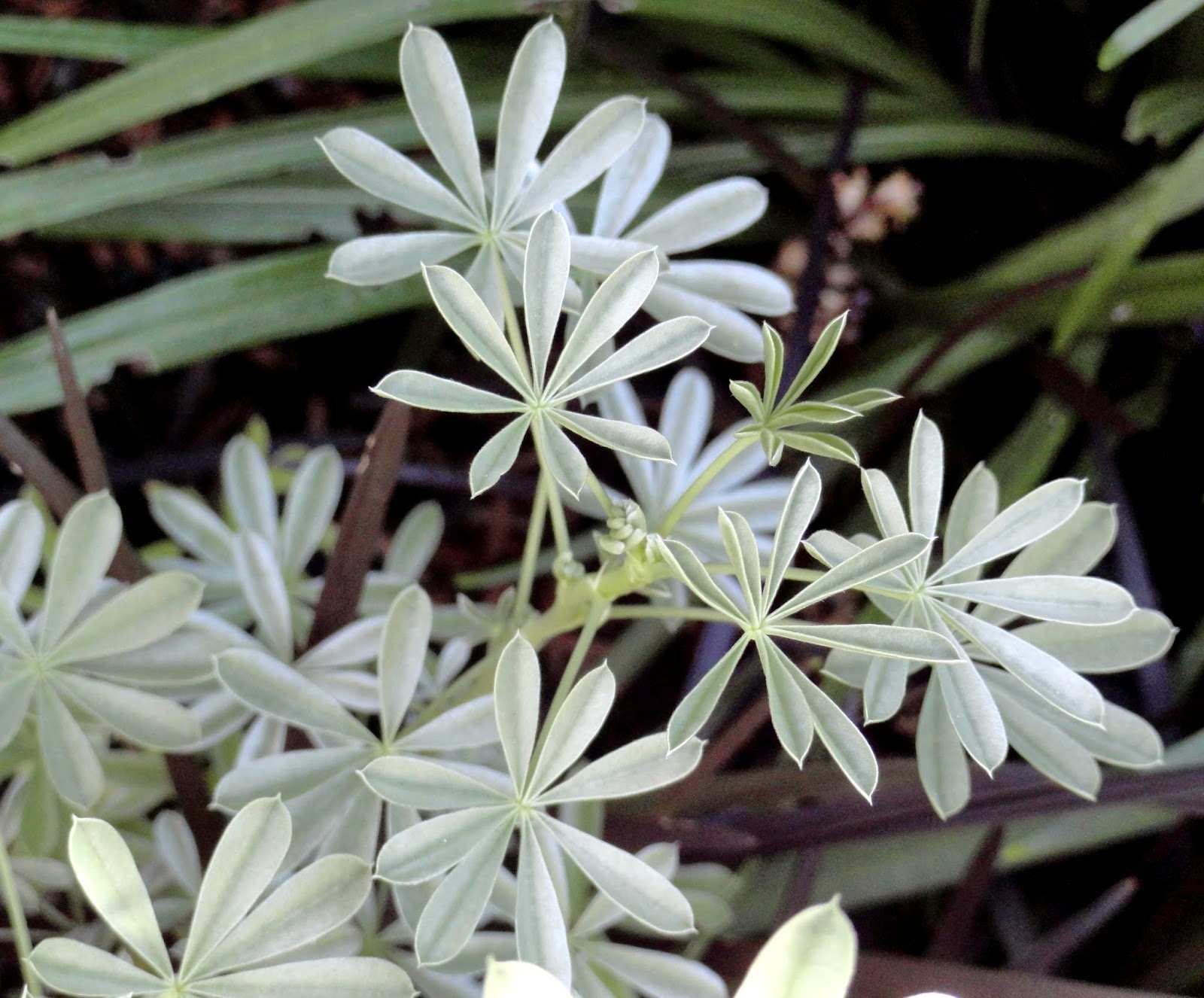 I went out to do some watering the other morning and realized the leaves on my Lupinus albifrons were facing towards me, back at the house, to the east. Just the day before I'd been admiring them as I walked up the pathway and they were facing completely west. You've gotta love a plant that is so attuned to the light. 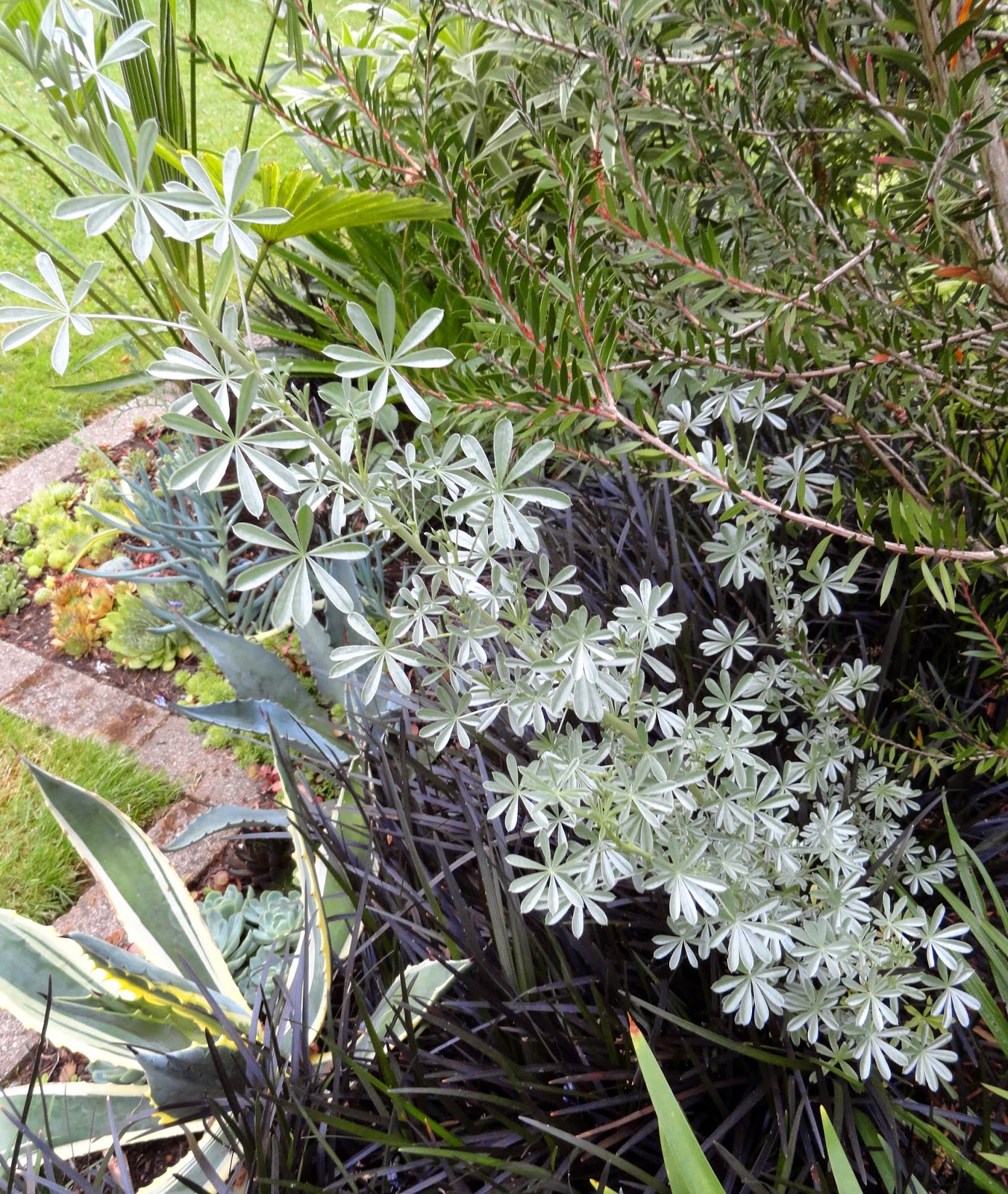 This photo (below) was my first ever sighting of Lupinus albifrons, at Portland Nursery back in 2012. It was growing in a display container and there were none for sale. 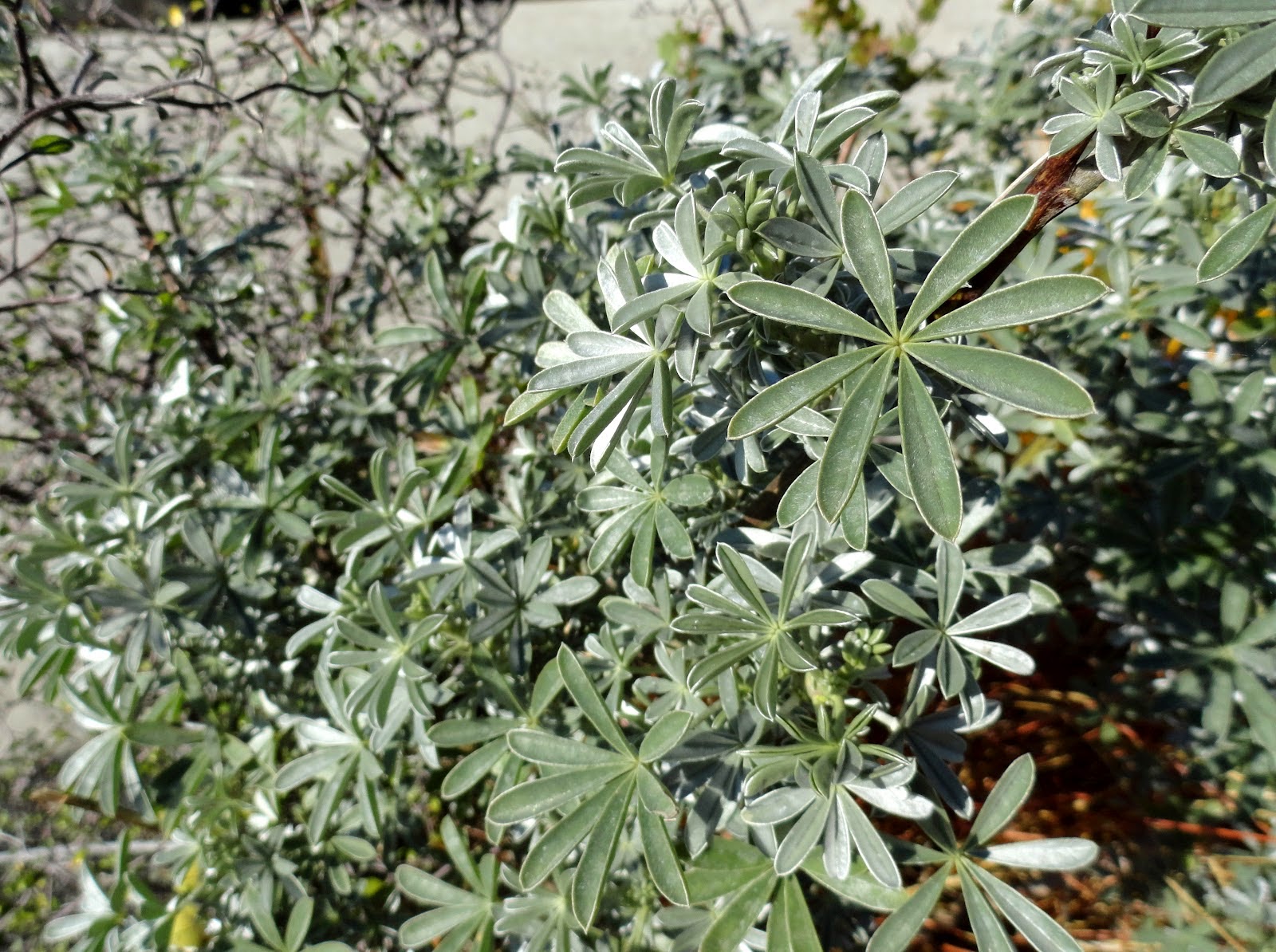 I hunted for one all spring and summer of 2013 and finally gave up and ordered a plant from Annie's Annuals. Here's a photo from late October of that year, it's all nestled into it's fall/winter holding home, it was such a such a tiny little thing (front row). 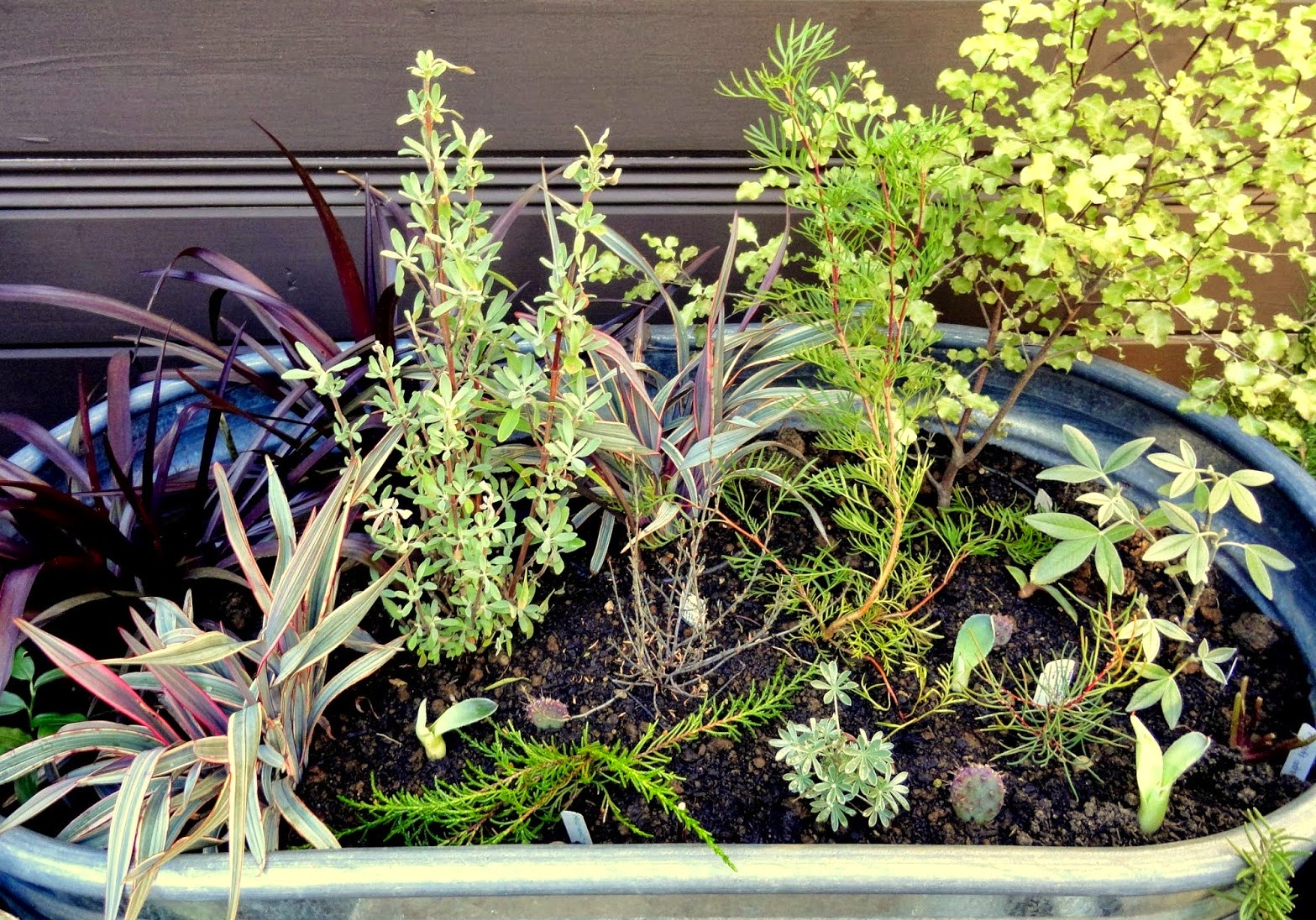 I've always been a sucker for the shape of a lupine leaf, add in the silver sheen to these and wow, it was a must have! 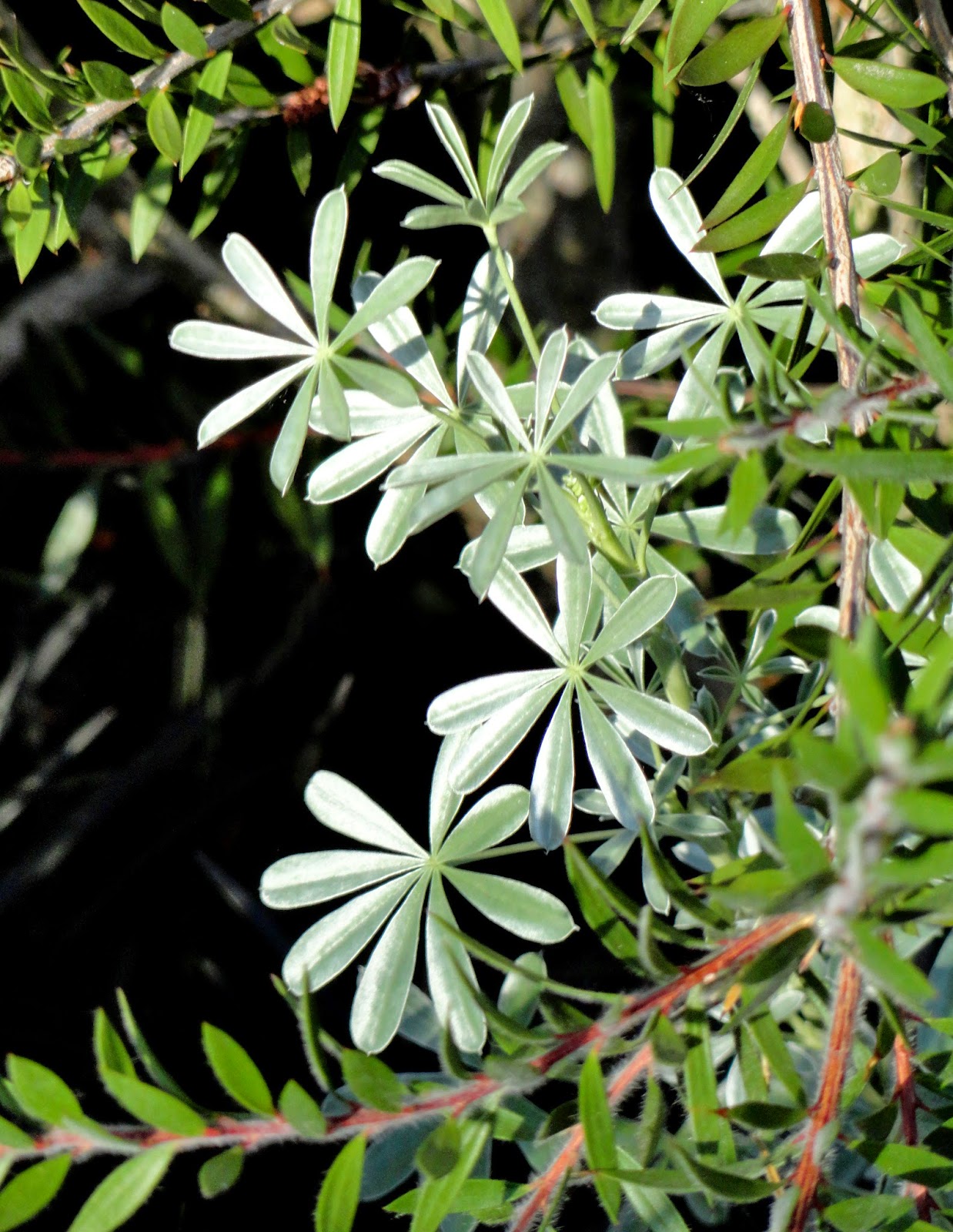 Planted as it is over a patch of black mondo grass (Ophiopogon planiscapus 'Nigrescens') the combo can look like a black and white photo... 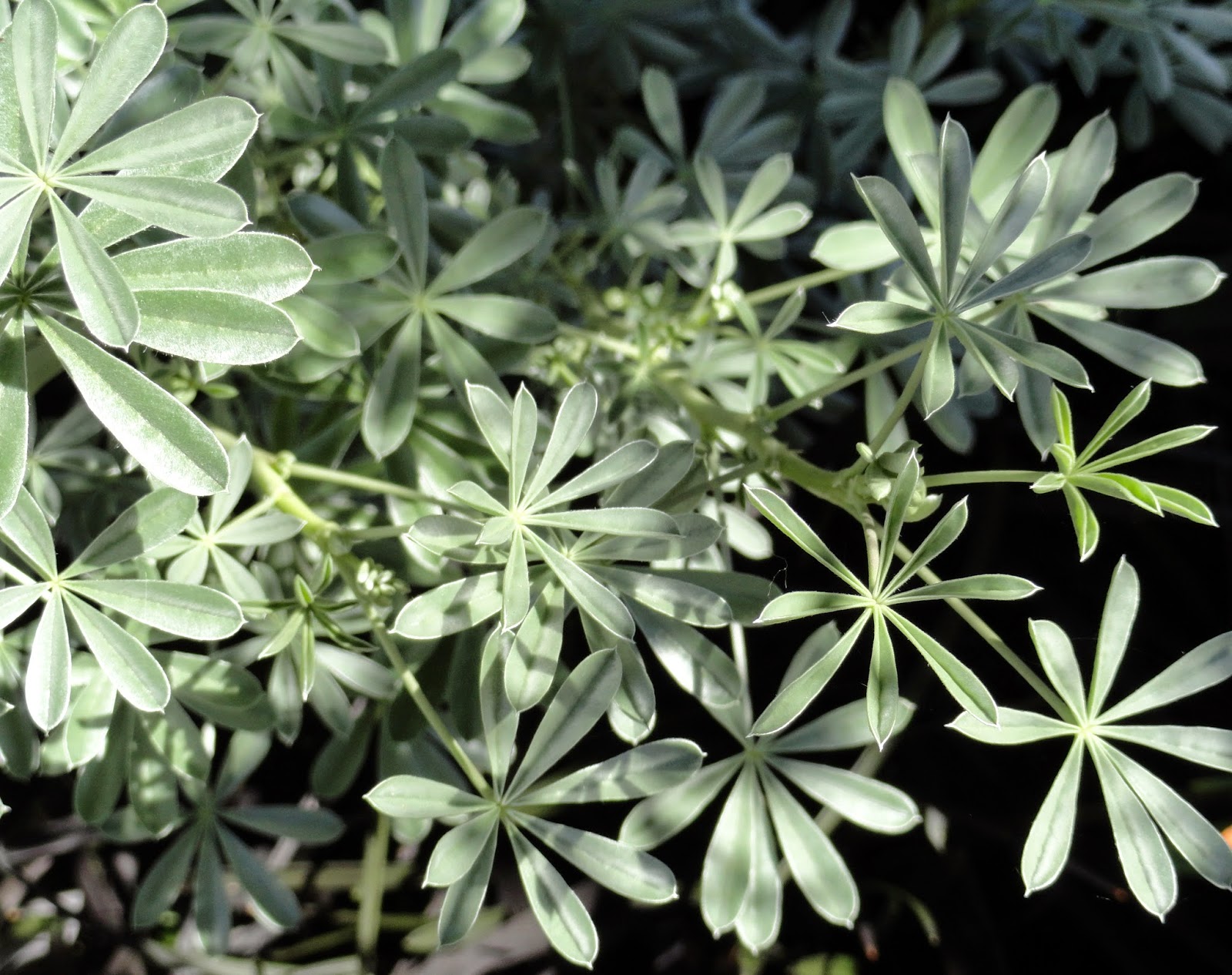 This is where I should probably mention the main attraction for most people isn't those lovely leaves, it's the crazy big purple flowers. I have no need to see those flowers, I hope mine never blooms! 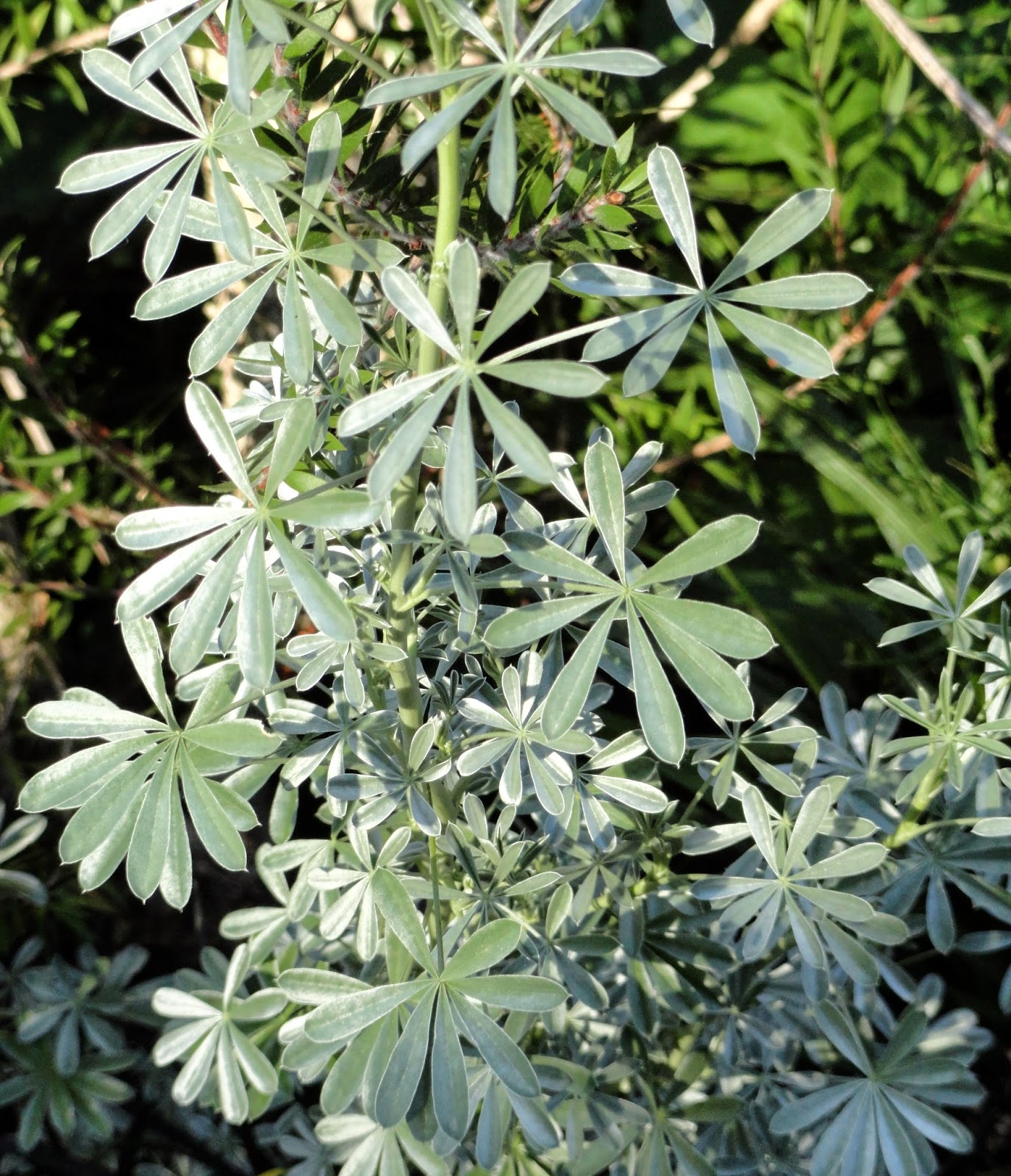 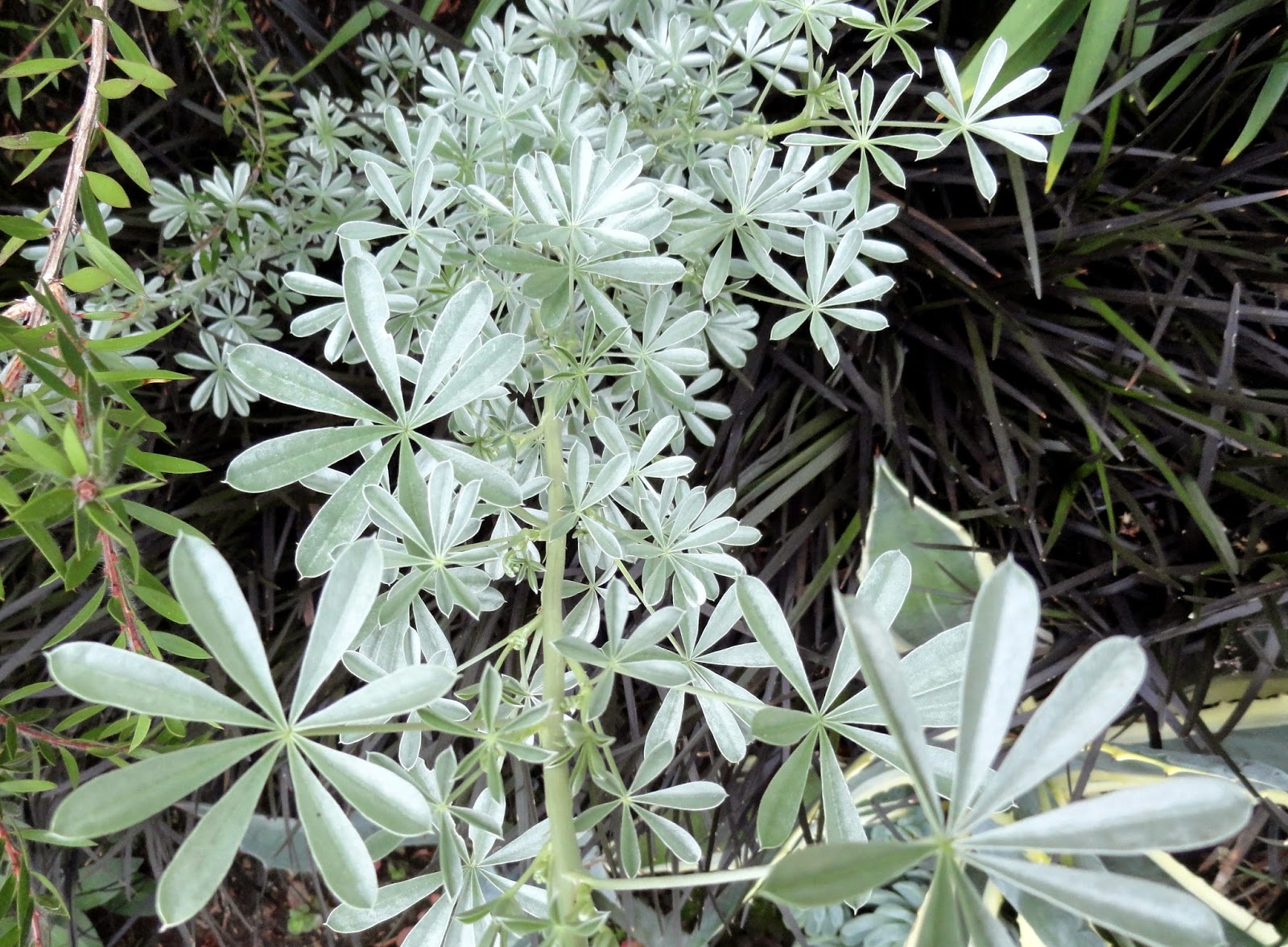 According to Native Sons Nursery "this shrubby lupine often develops a gnarled trunk with age" oh I hope so... 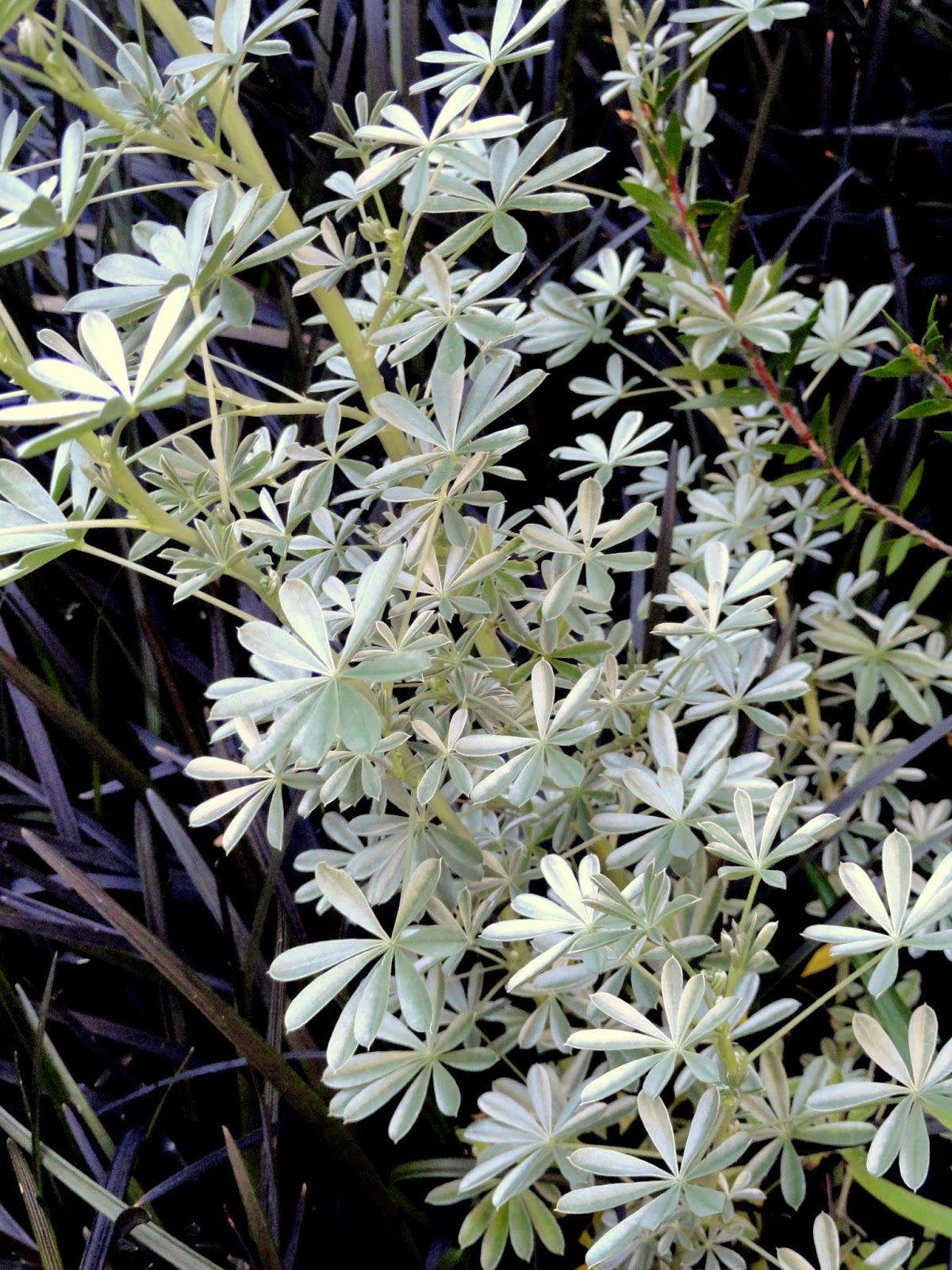 My fellow blogger Tamara took the photo below on a neighborhood walkabout here in Portland last fall. After I inquired about it's location (and if I could use her photo) she walked by to see how it was looking, sadly it was nowhere to be found. Removed by the whim of a gardener or did our bad winter put an end to it? I'm hoping it was the former. So that's what's looking good and catching my attention this week, how about you? 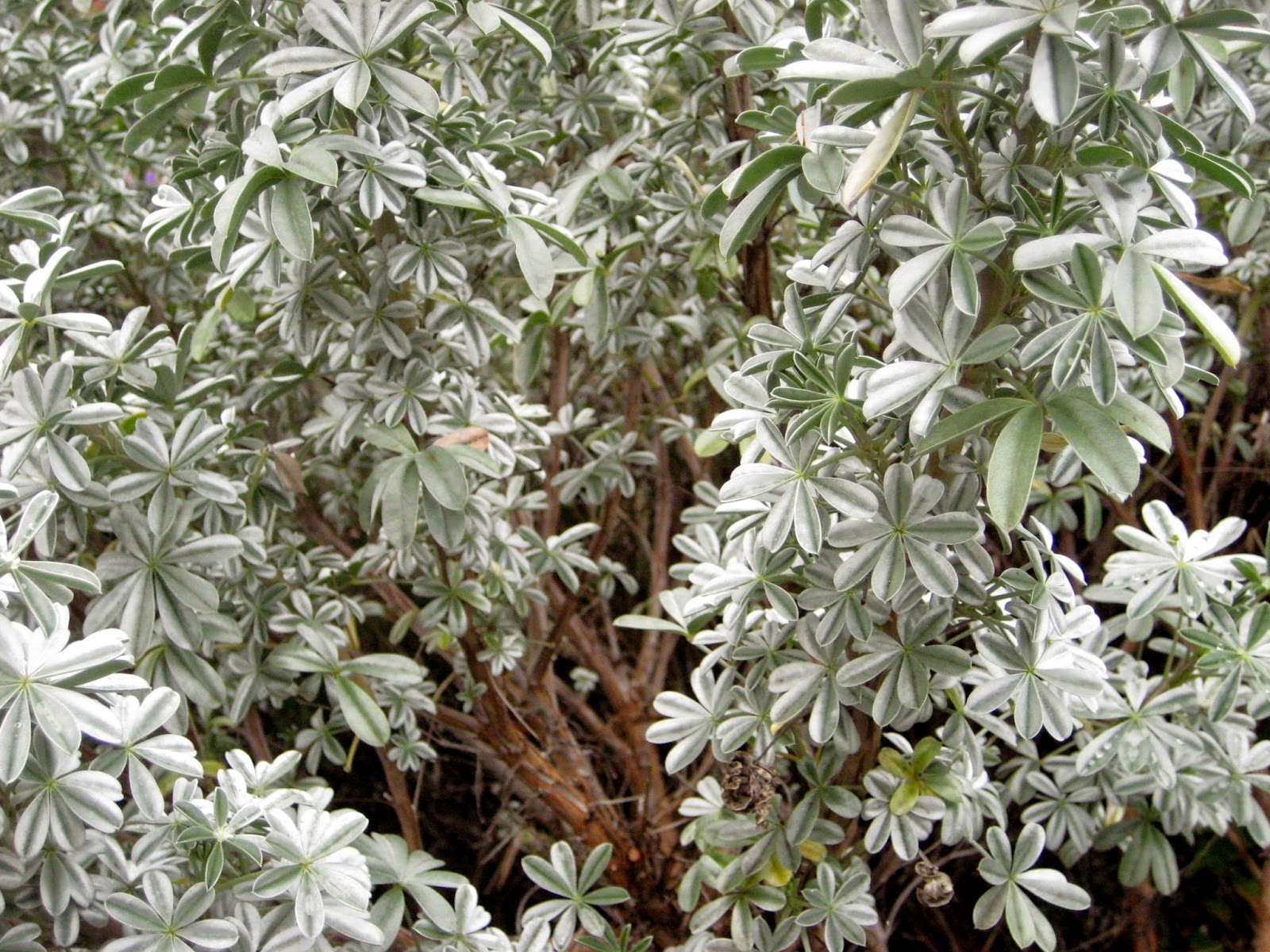