The photo below was taken last November, at that time I was singing the praises of my Fatsia polycarpa 'Needham's Lace'. I was also coming to terms with the fact I needed to move it to a better location, as it was leaning further and further out and blocking the entrance to the garden. 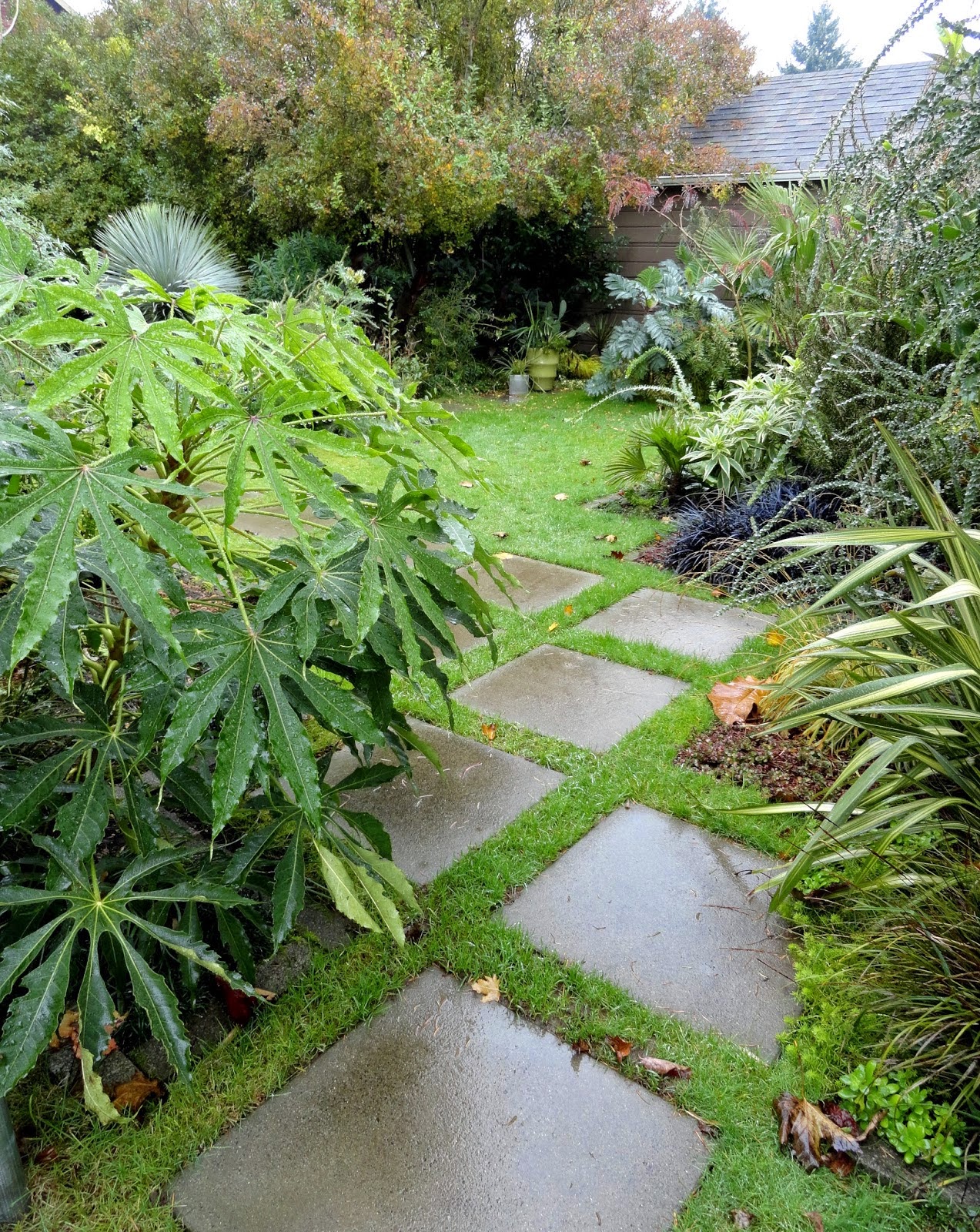 What I didn't know at that time was a severe cold snap was just ahead. While the plant survived, the growing tip was zapped hard. Come spring I moved it, and it struggled to live... 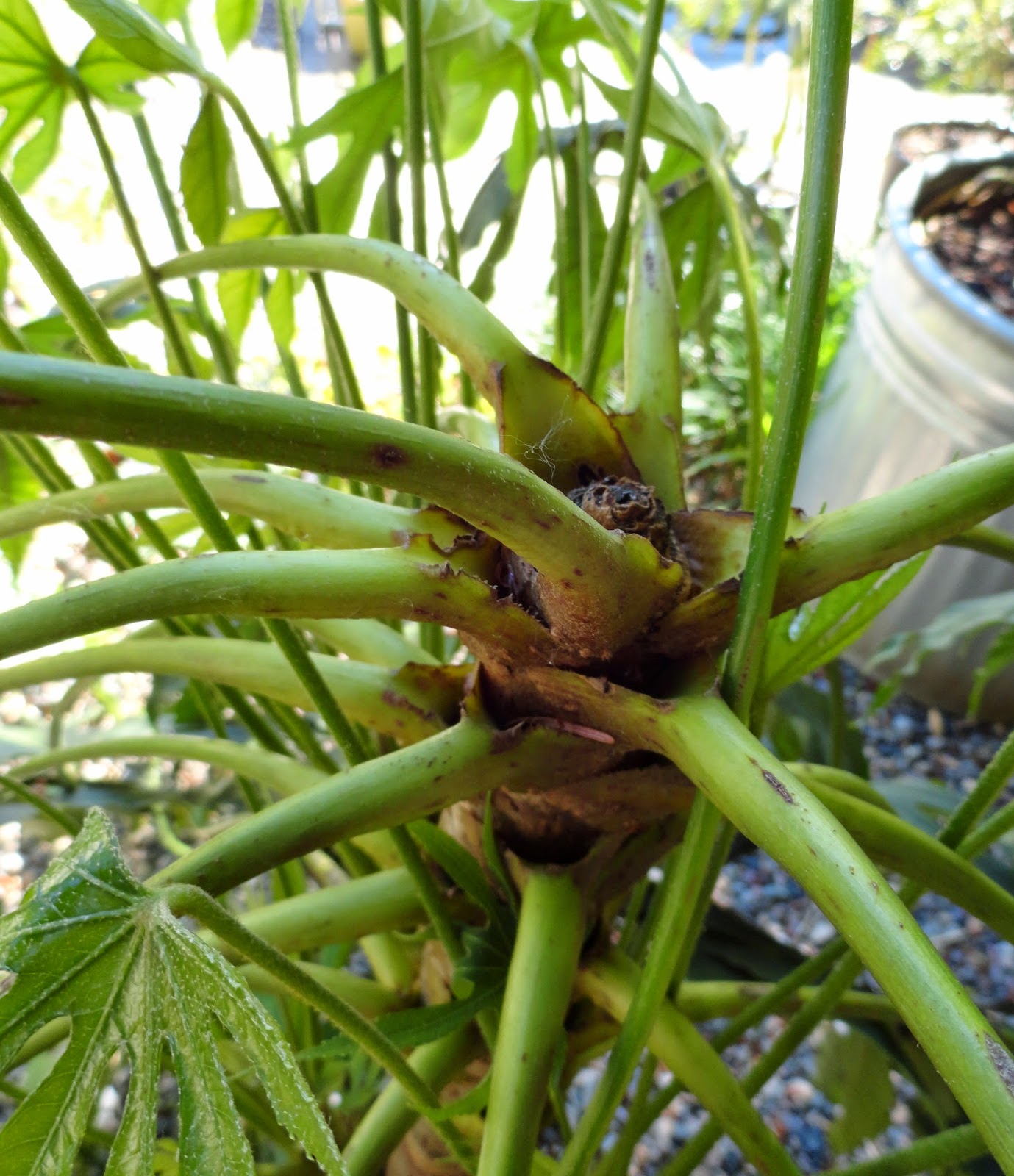 But live it did and what do you know, eight new "branches" began growing. The death of the growing tip acted like a pinching back and things were going to get interesting! 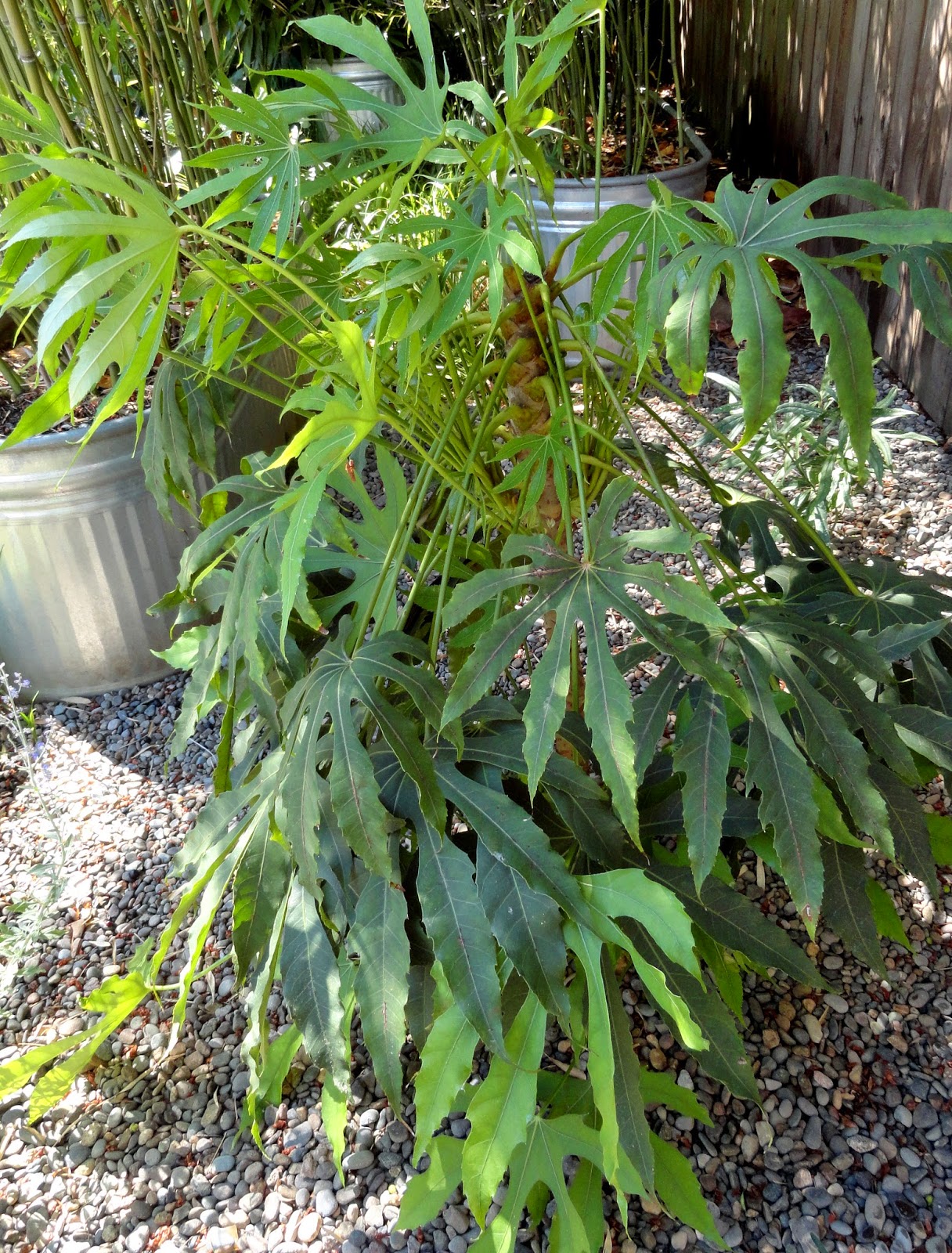 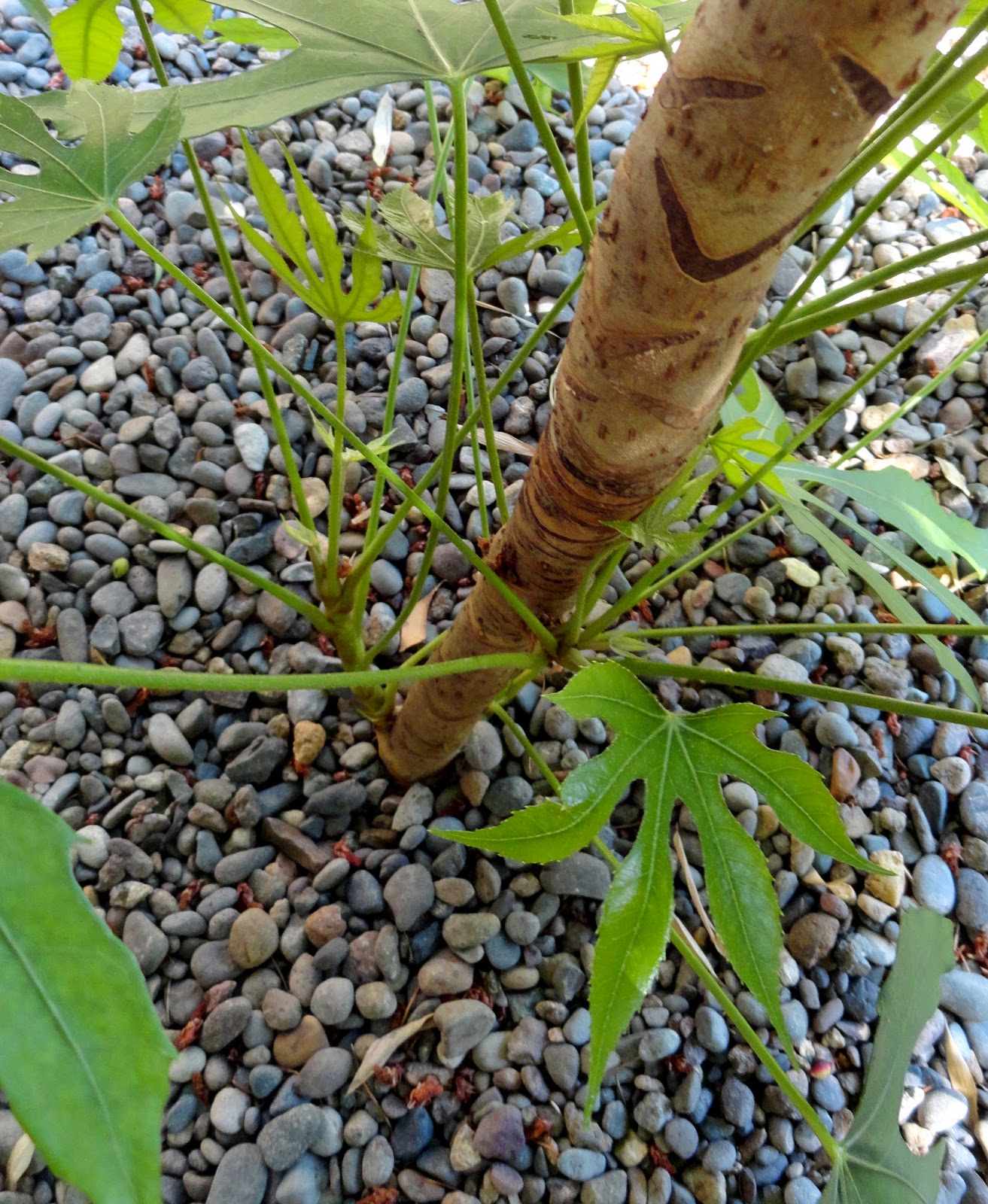 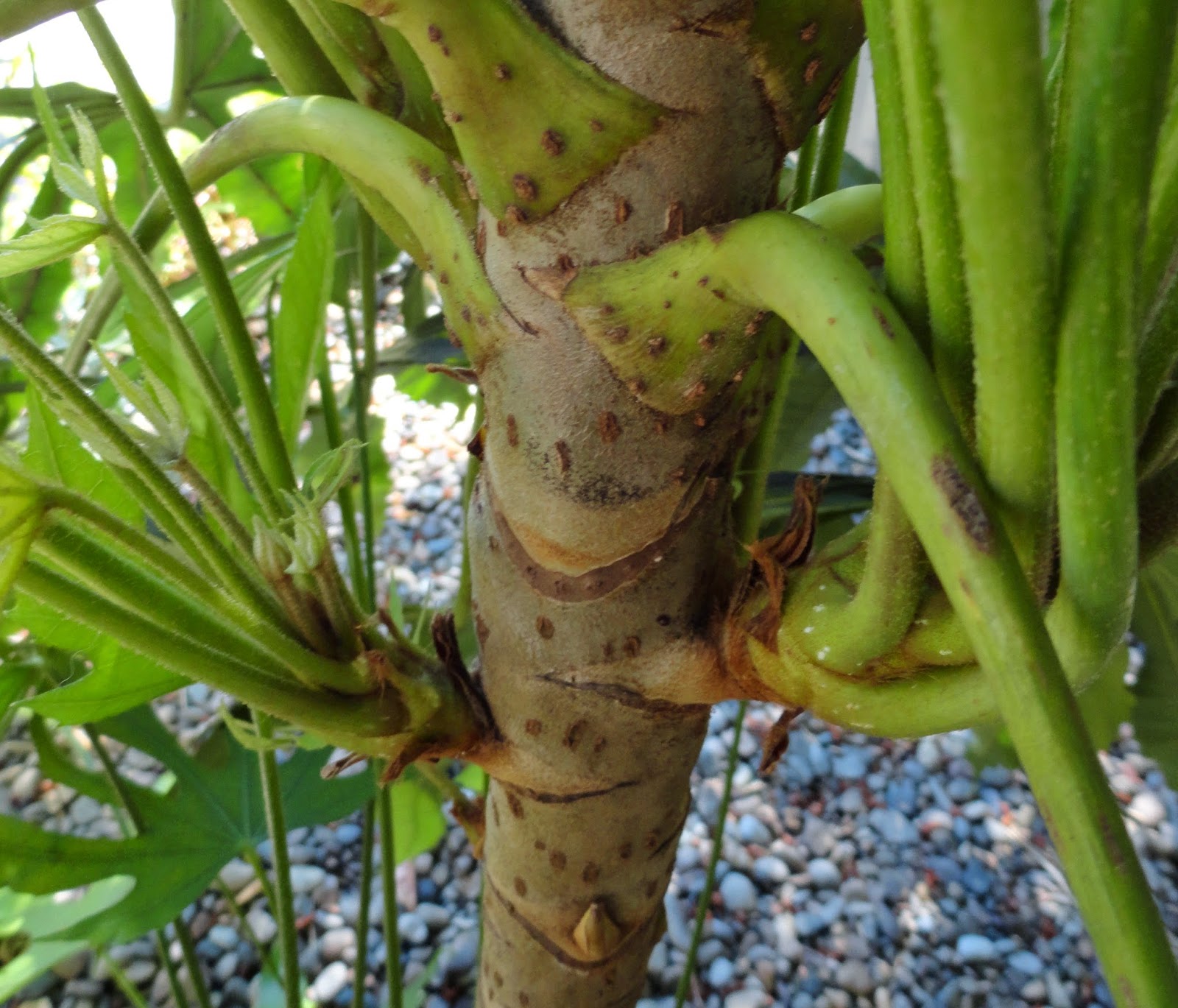 The problem was the old leaves looked ratty and were out of scale with the new growth. It took me a few days to work up the courage but finally I decided they had to go. 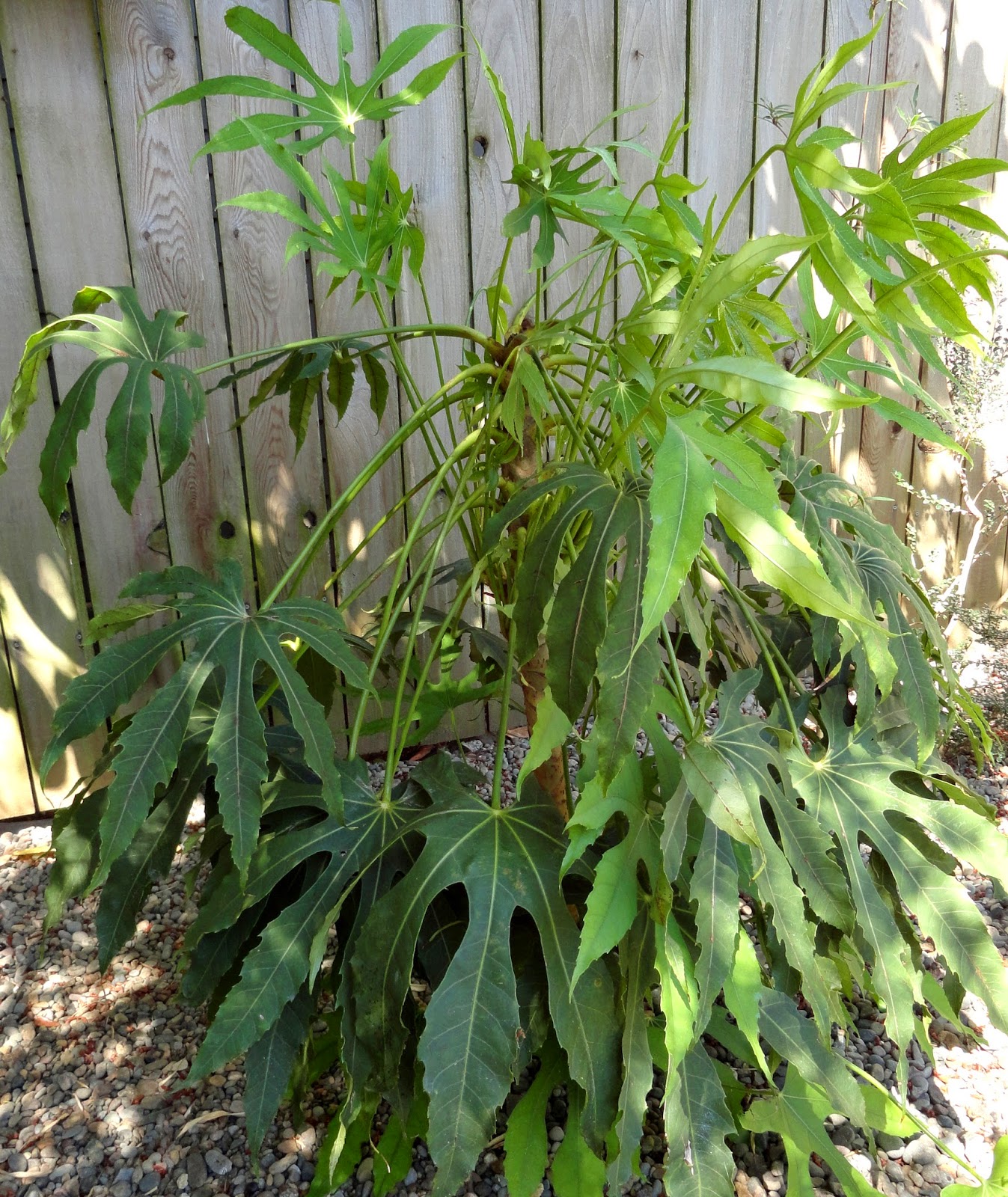 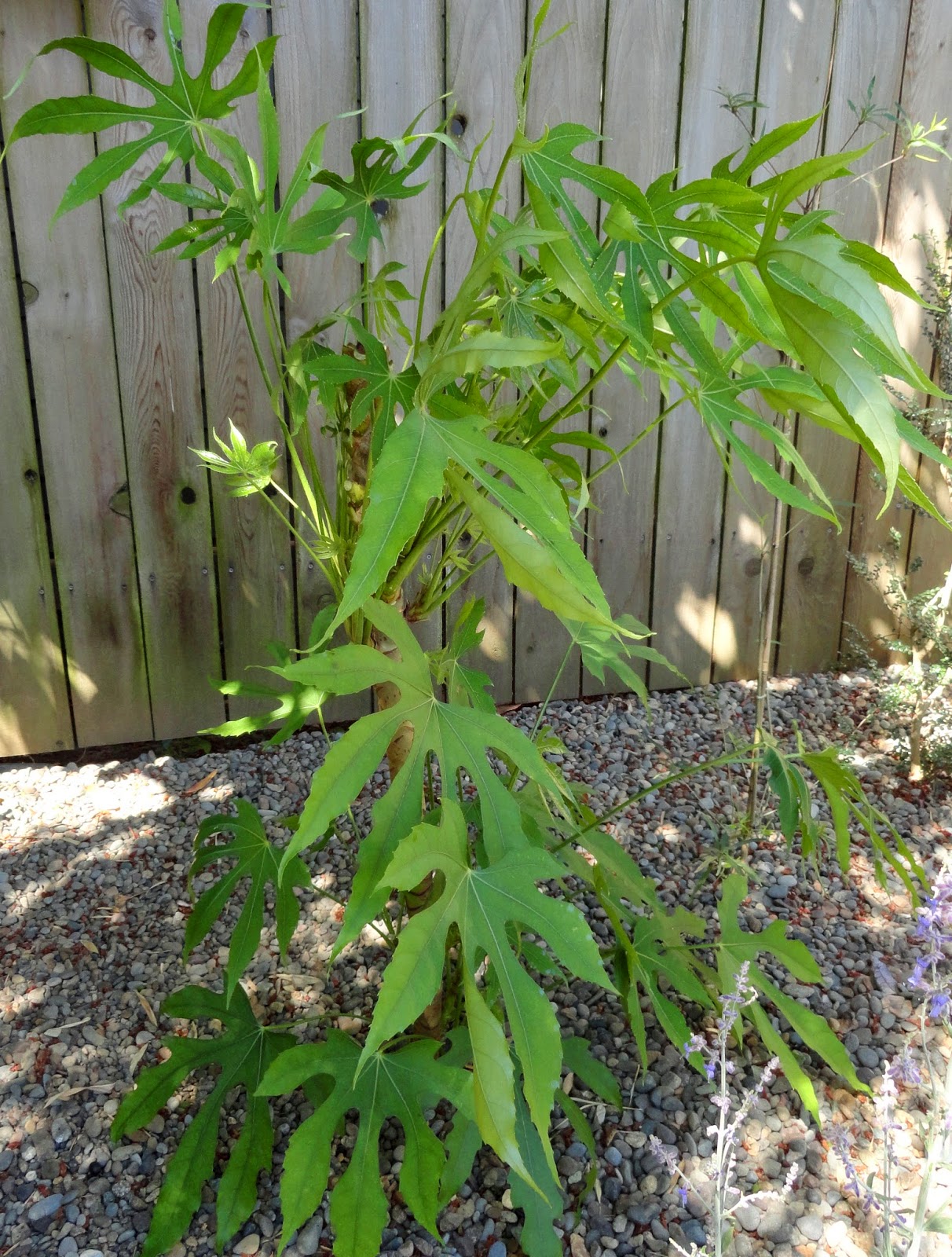 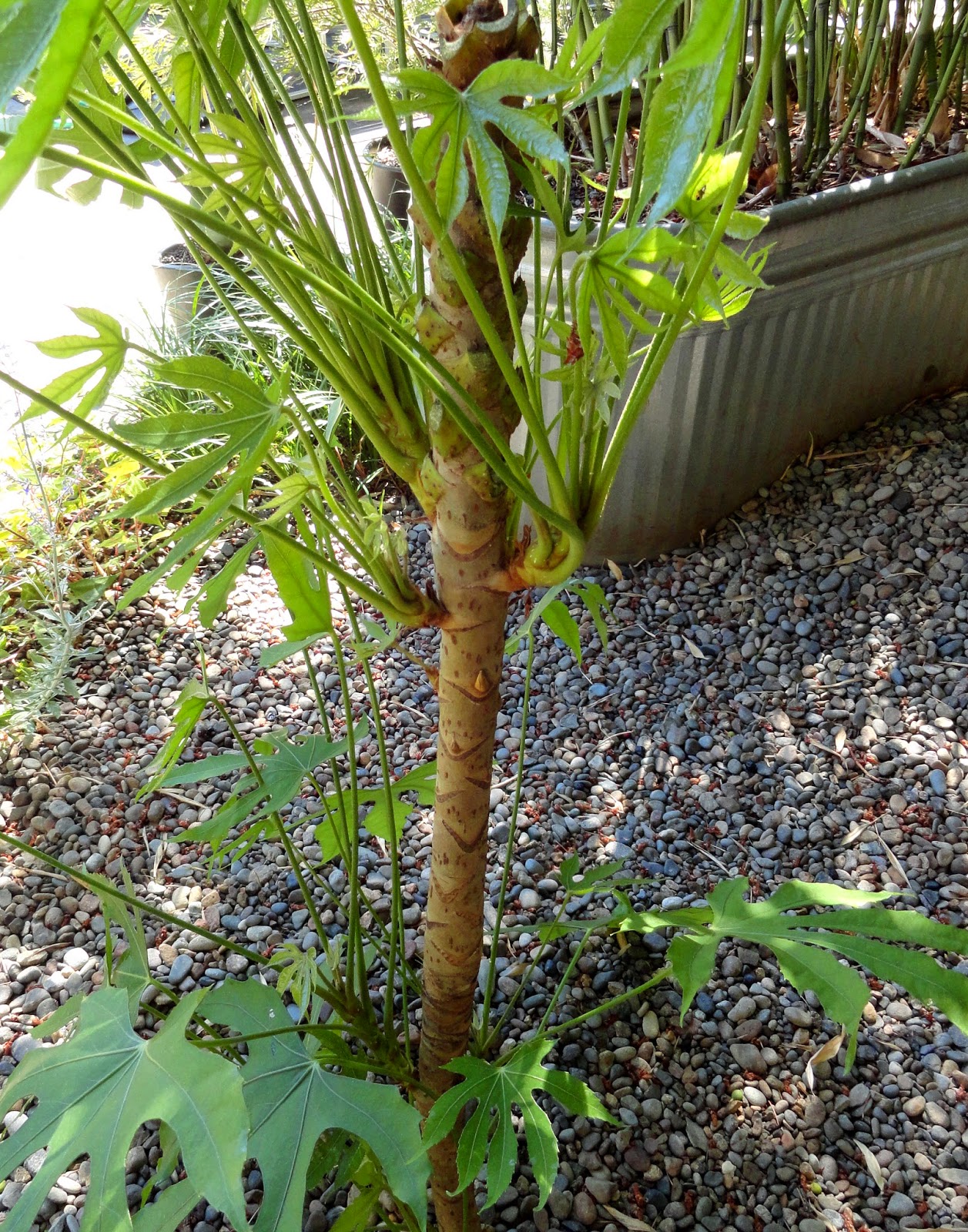 Kind of an odd shaped thing. 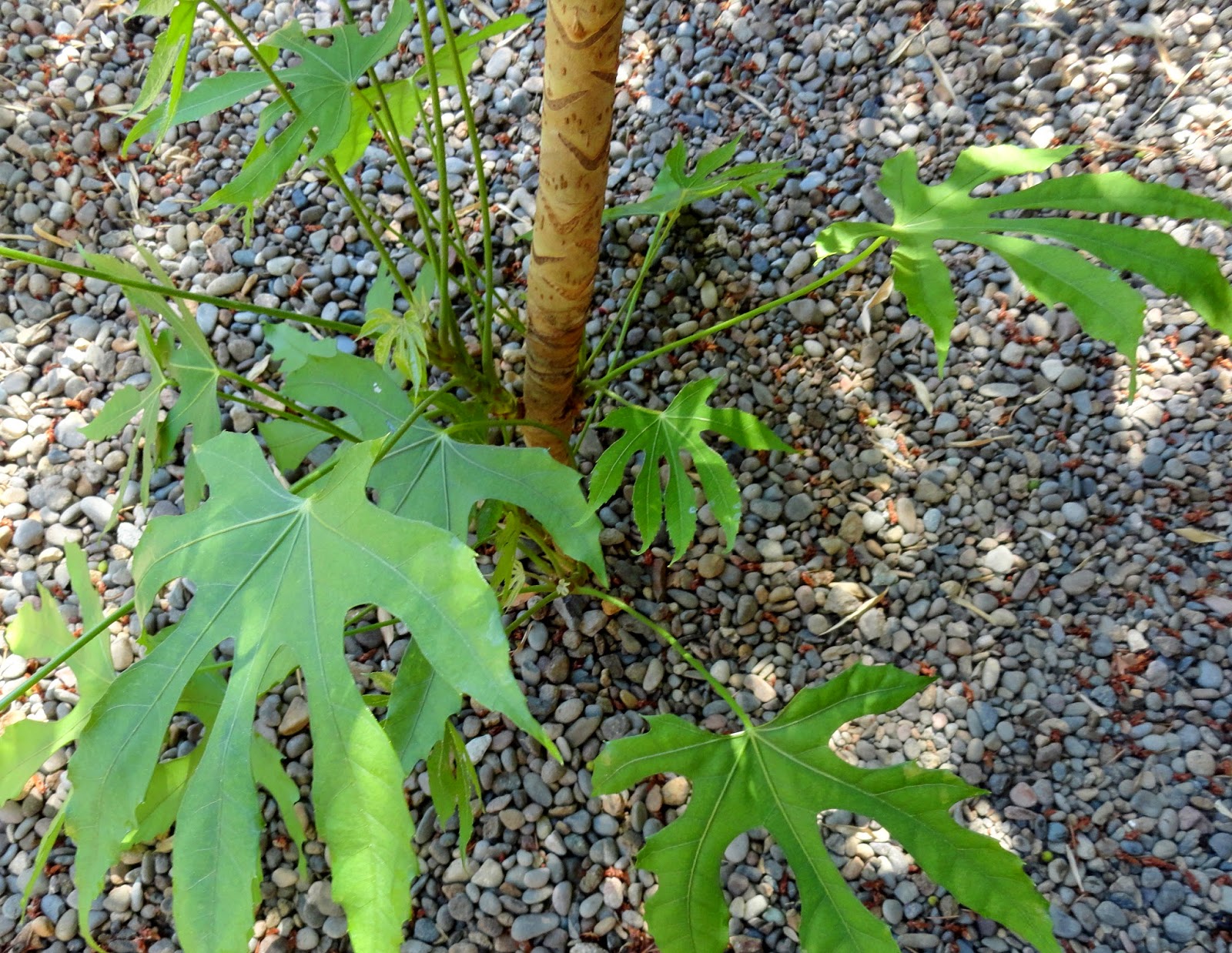 At least the trunk is attractive. 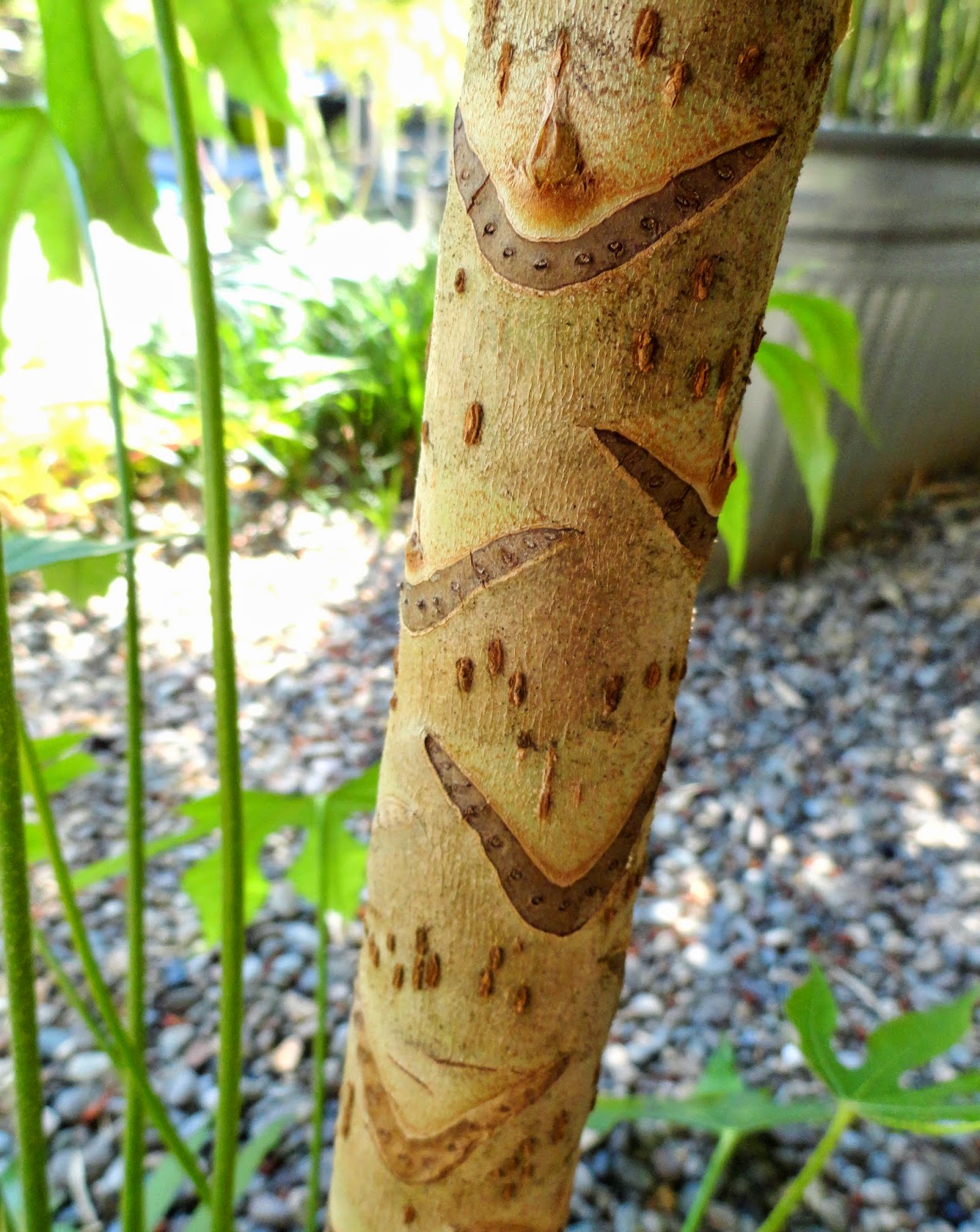 And those leaves are once again making my heart skip a beat. 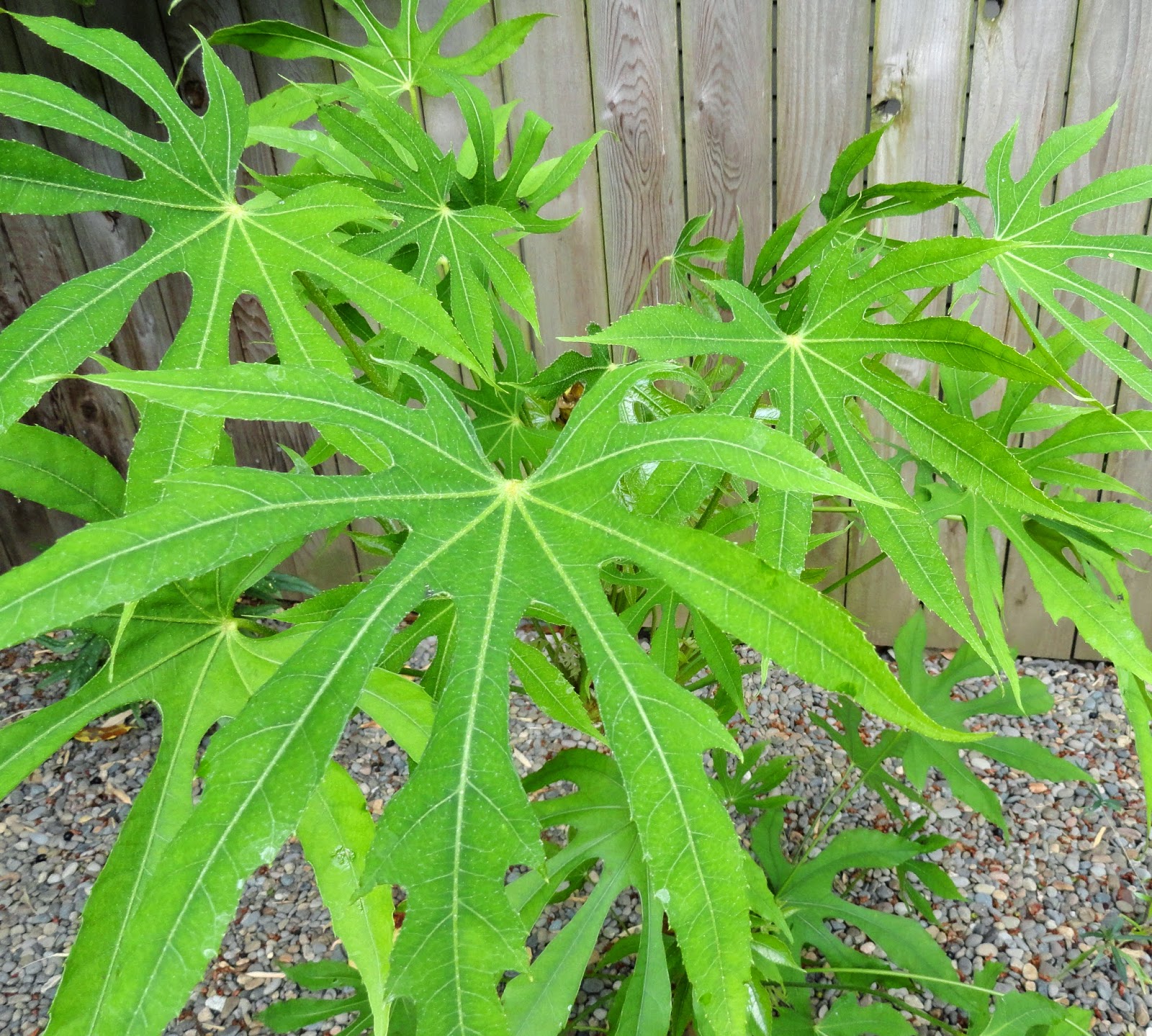 Not that it was easy to cut off all of these... 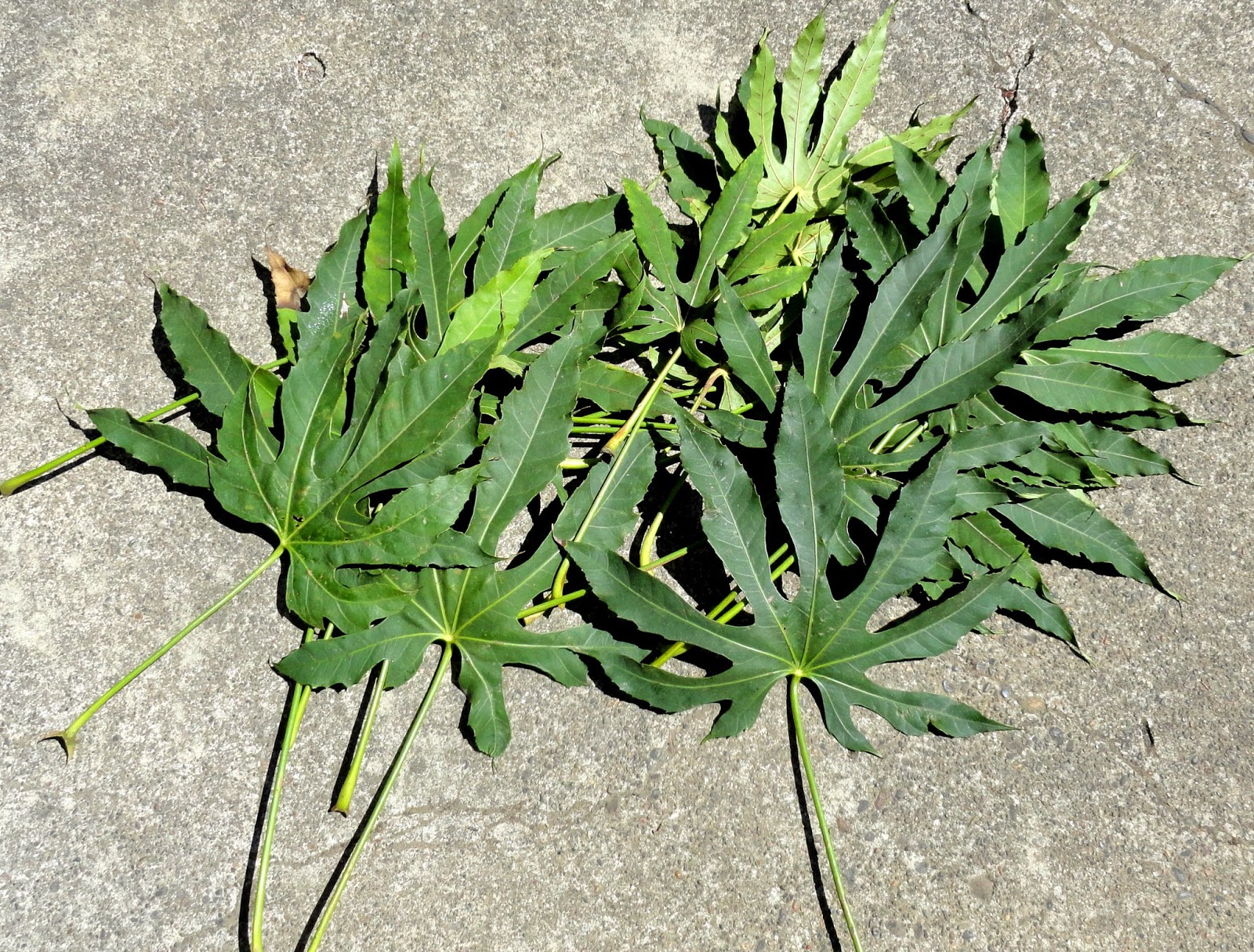 But I think I made the right decision... 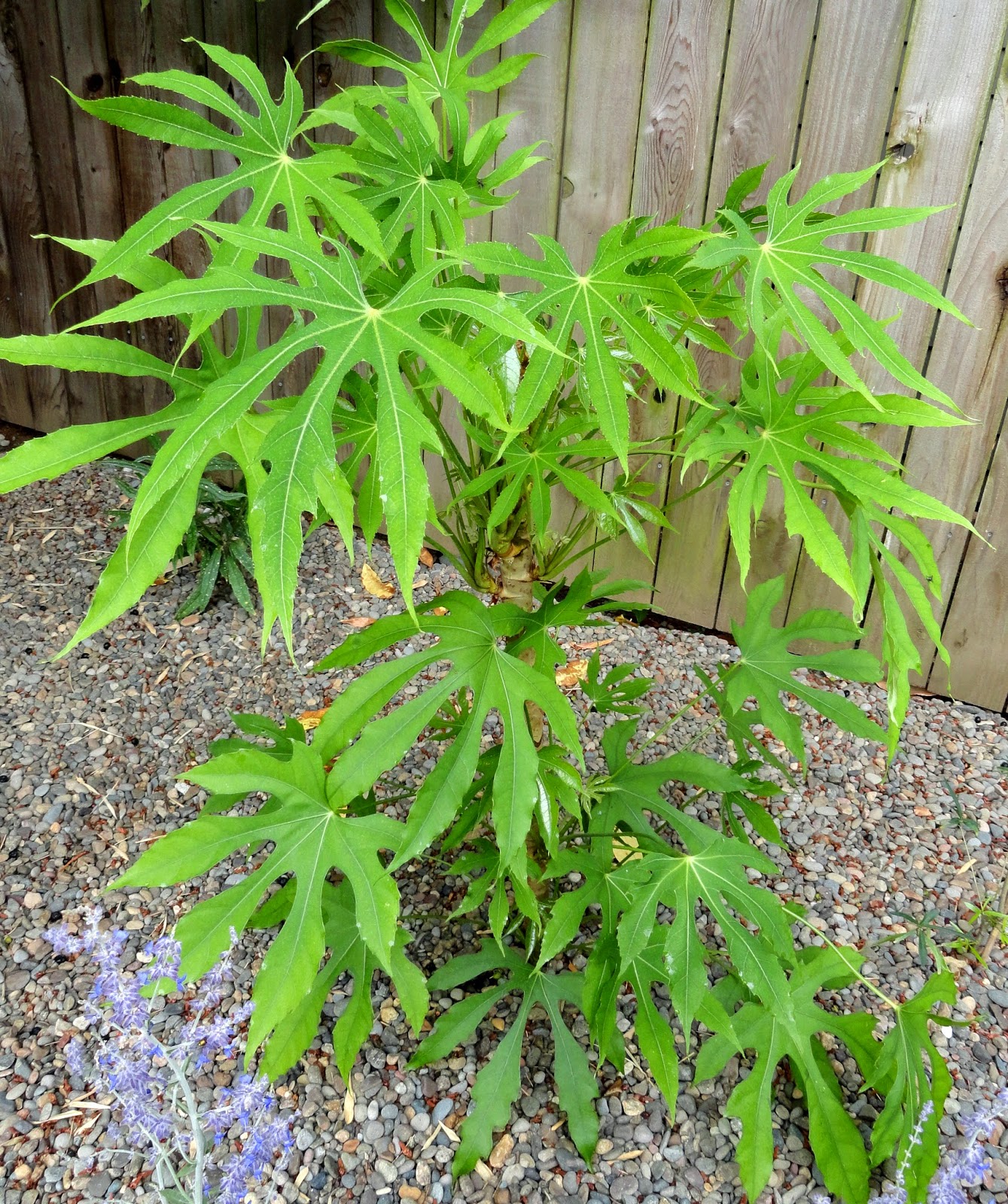