I’ve only visited this garden once before, in February 2013 when the hamamelis were in full bloom. However since they're known for their magnolia collection I figured this was a great time to return, for a second look... They did not disappoint. Of course on a beautiful day such as this everything looks good! 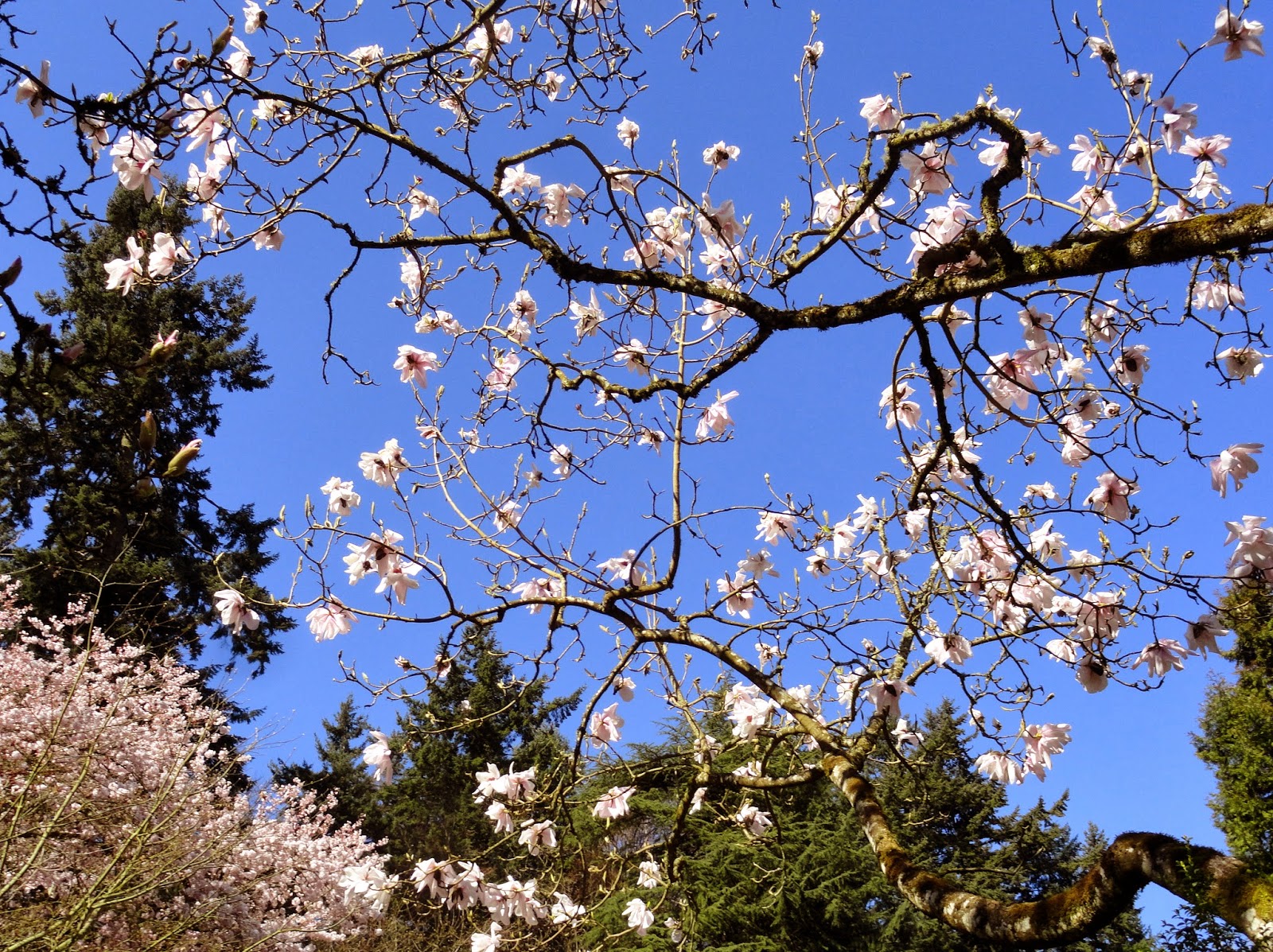 I really must return again to see this wisteria in bloom. 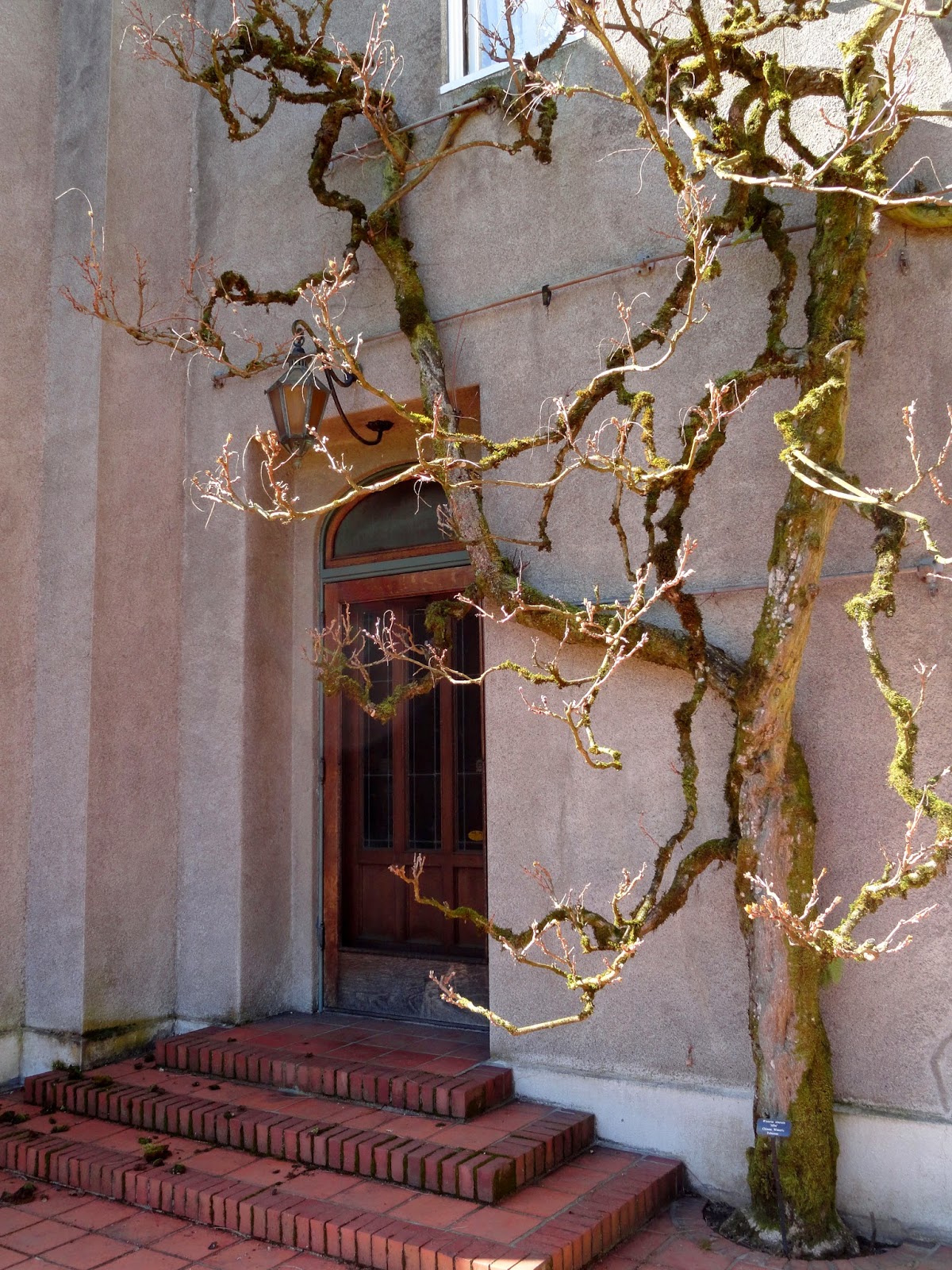 I heard of many a loropetalum dying last winter. Their L. chinese 'Pipa's Red' seems to be fine... 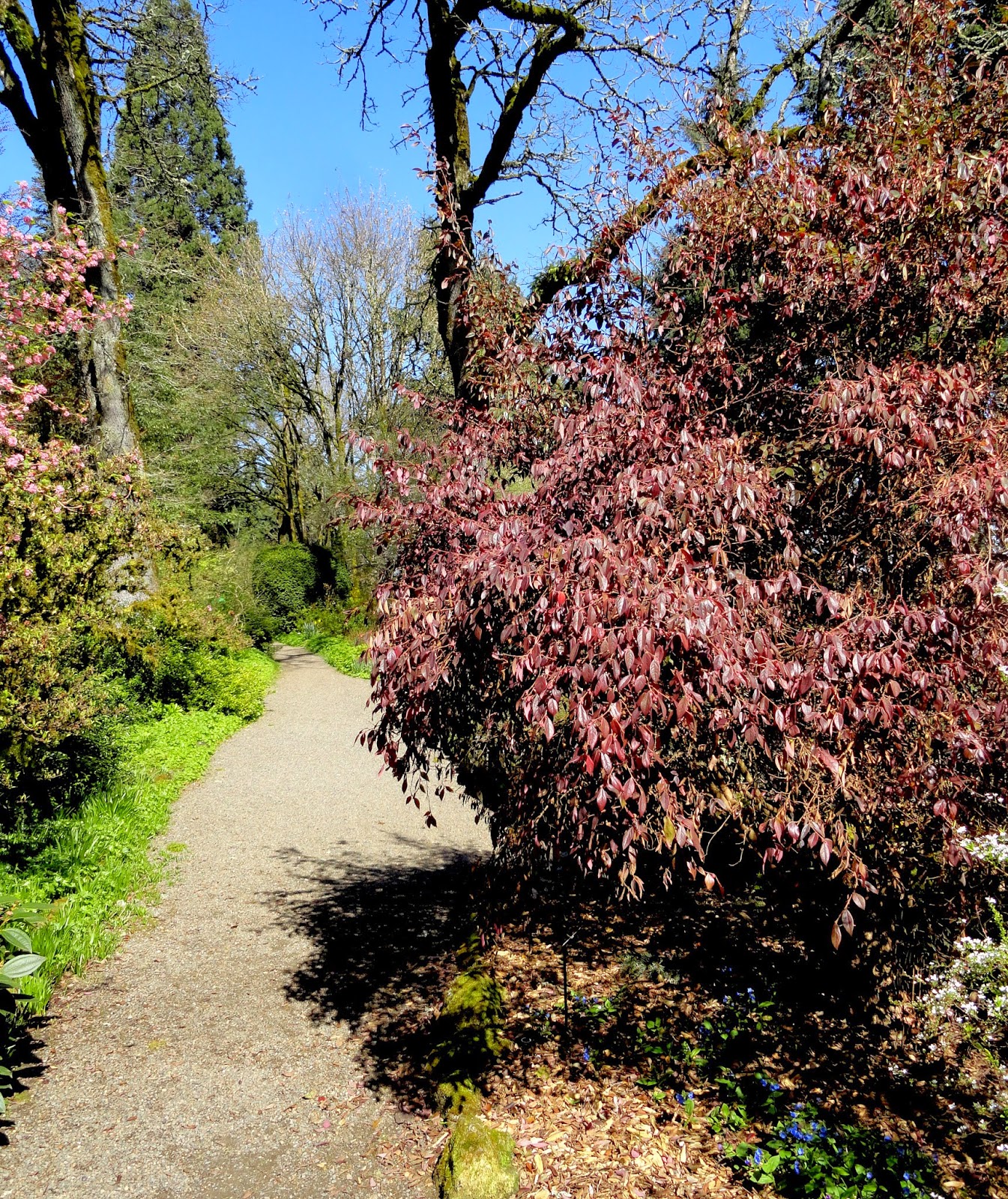 Can anyone tell me what this plant is (maybe a lily? maybe a particularly leafy Paris polyphylla, nah...). I love the foliage... 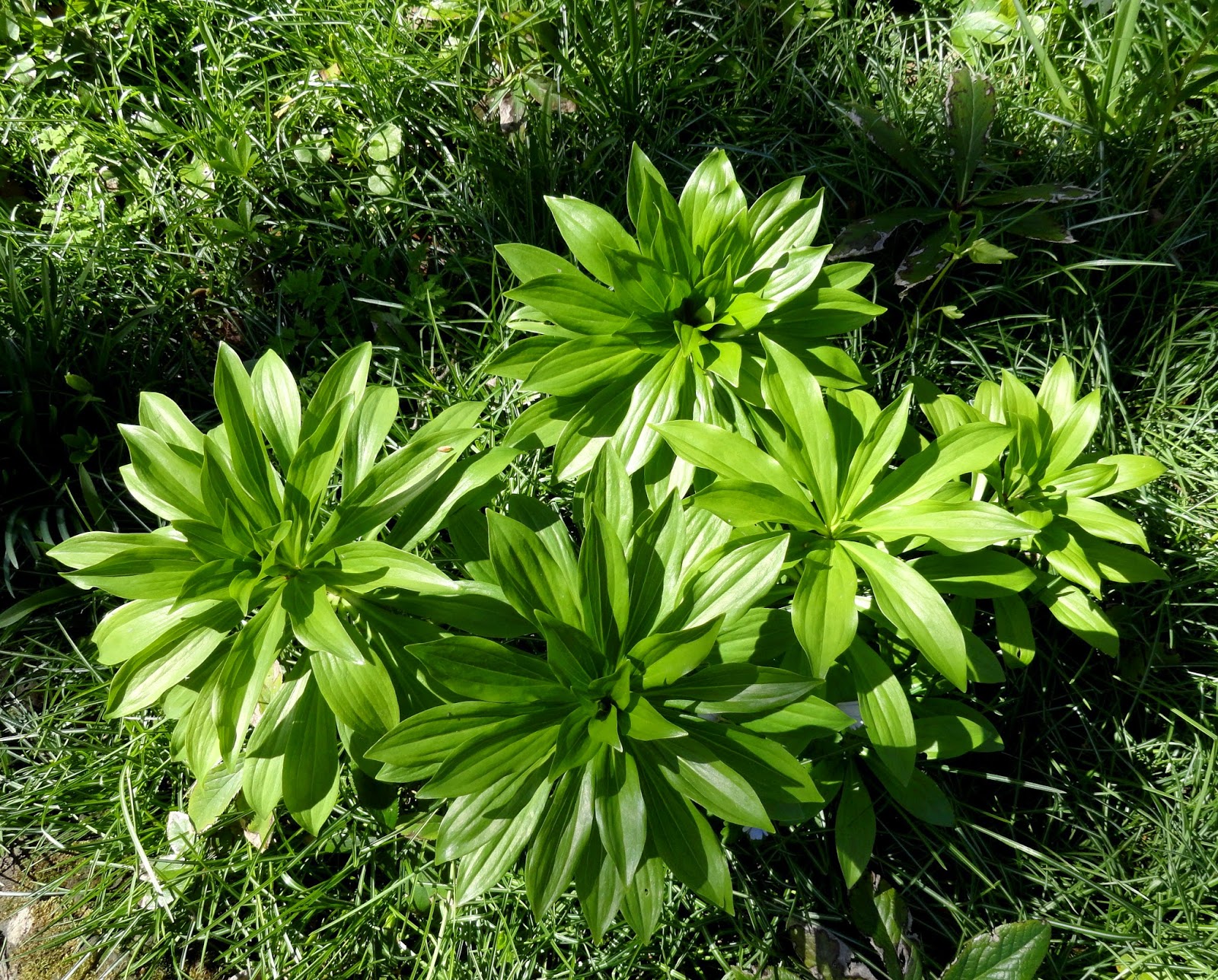 Such a huge expanse of lawn, a pity they don't allow picnicking. 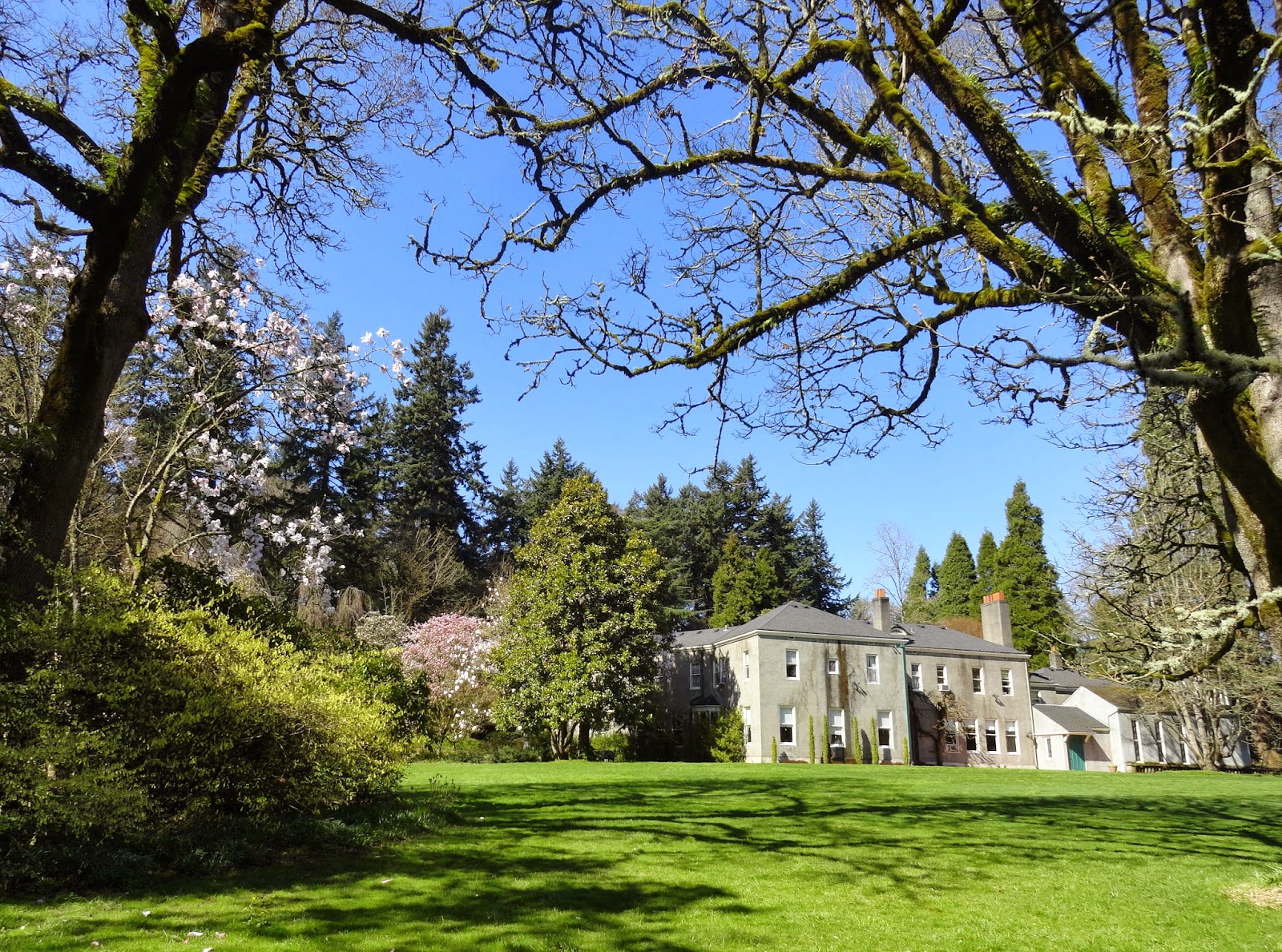 It's still such an usual sight I couldn't stop staring at the cloudless blue sky. 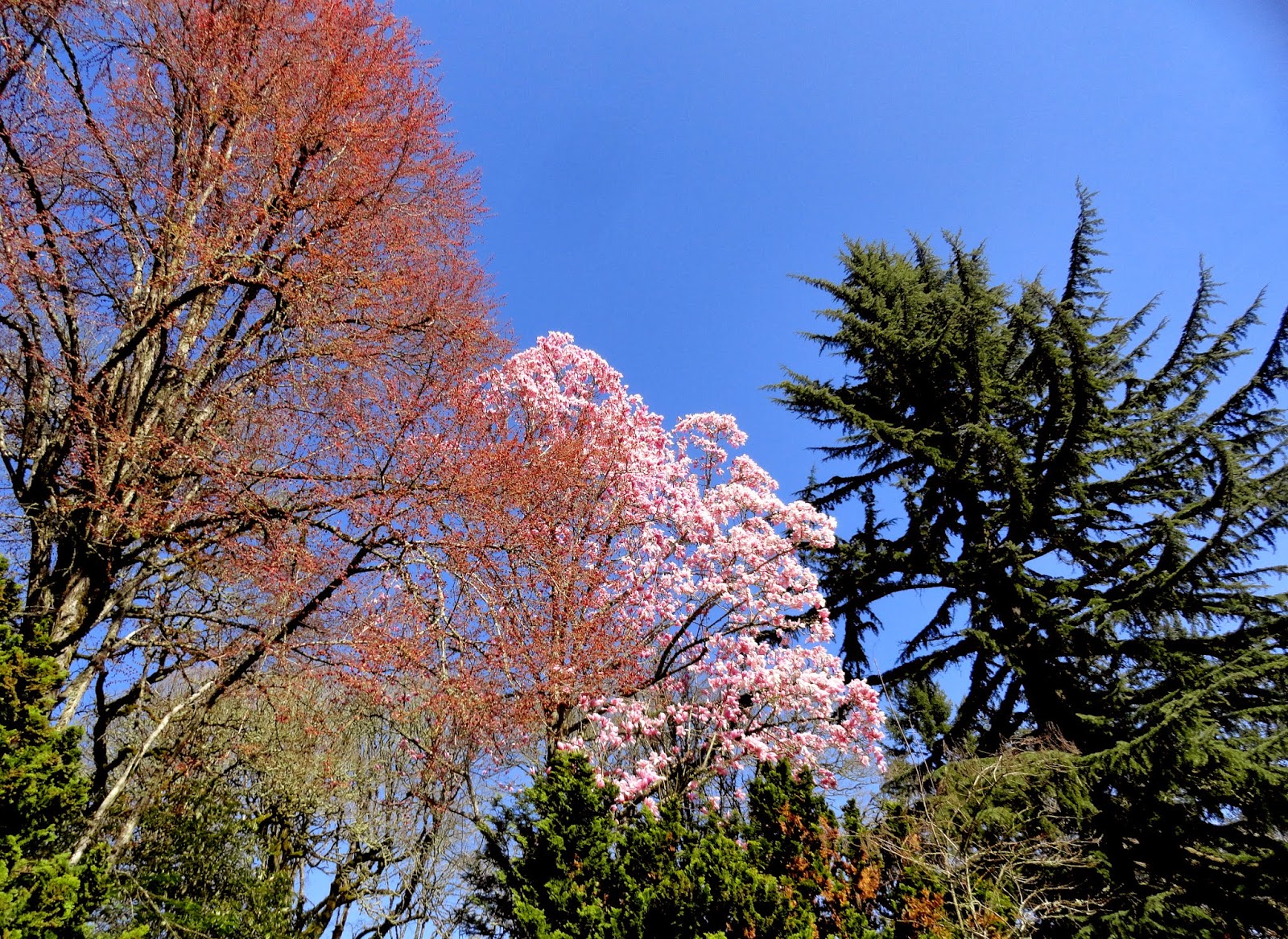 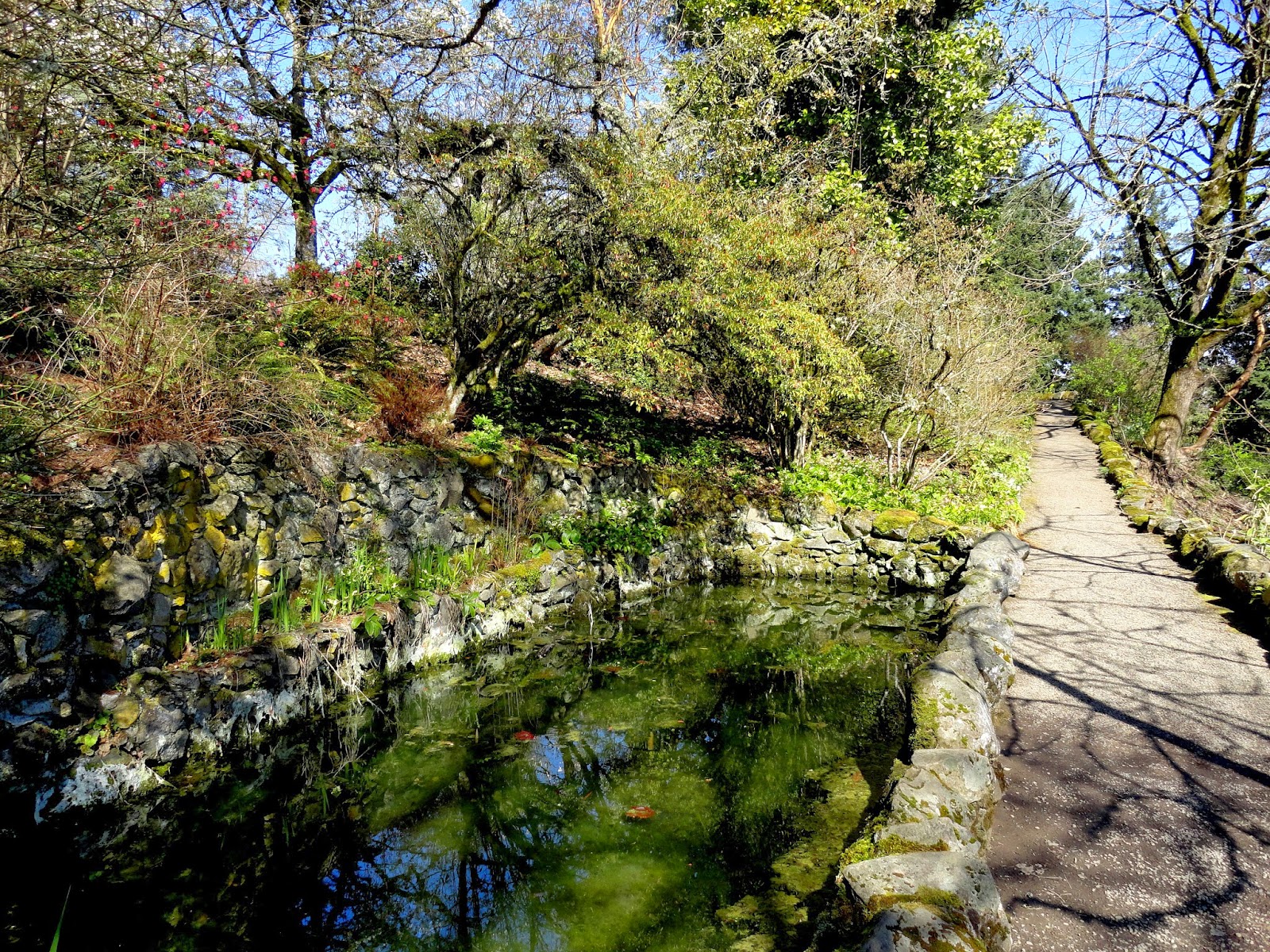 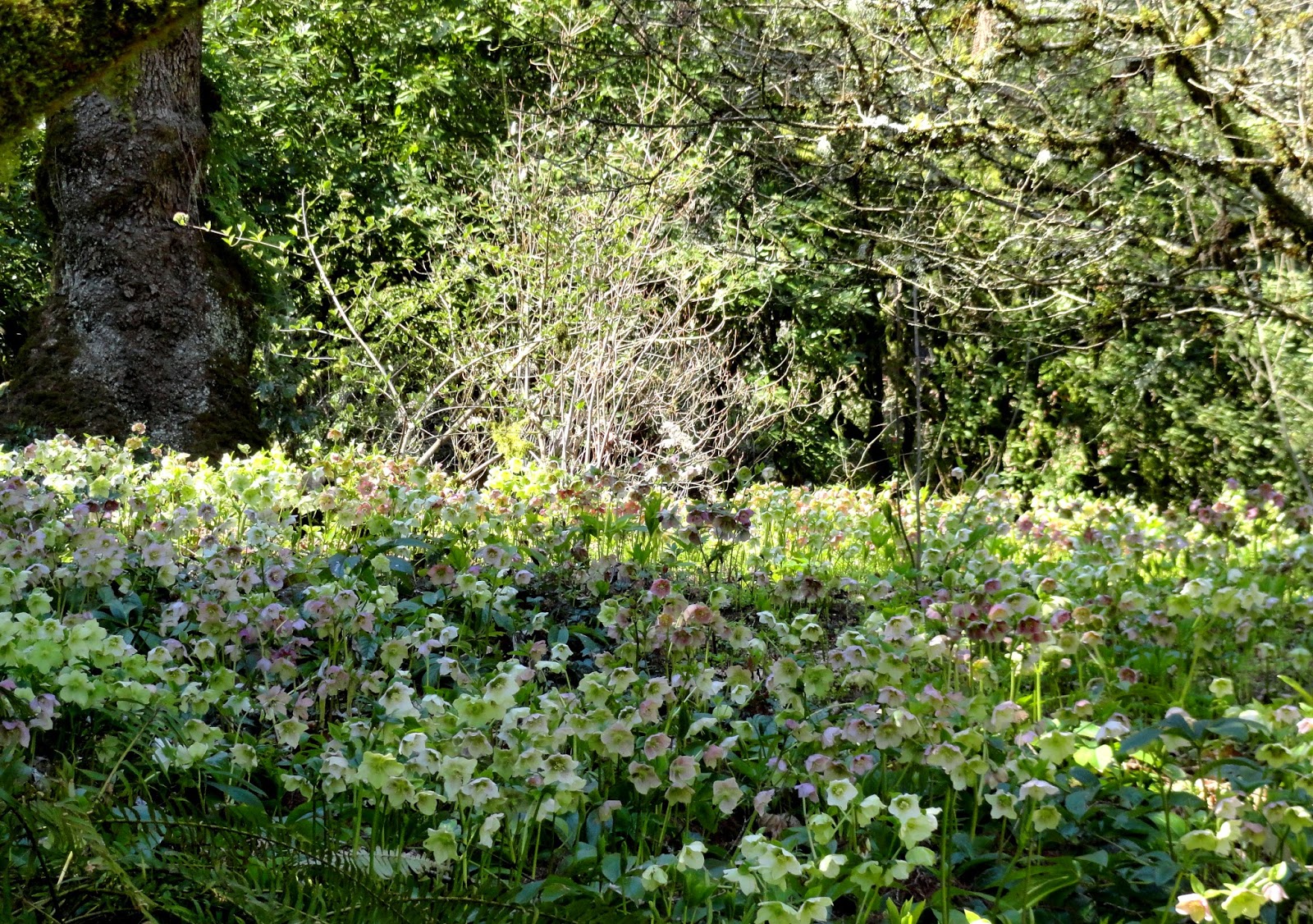 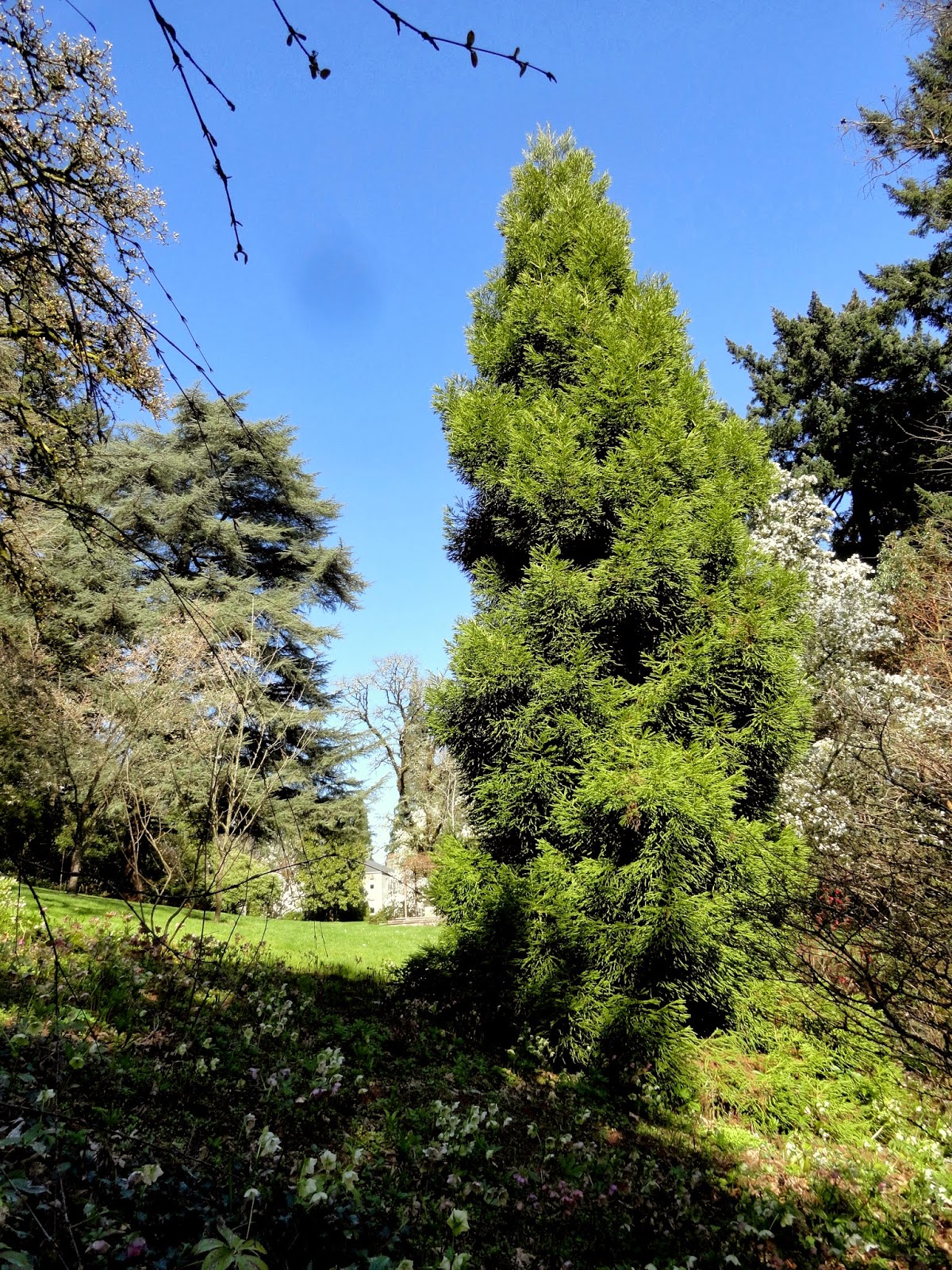 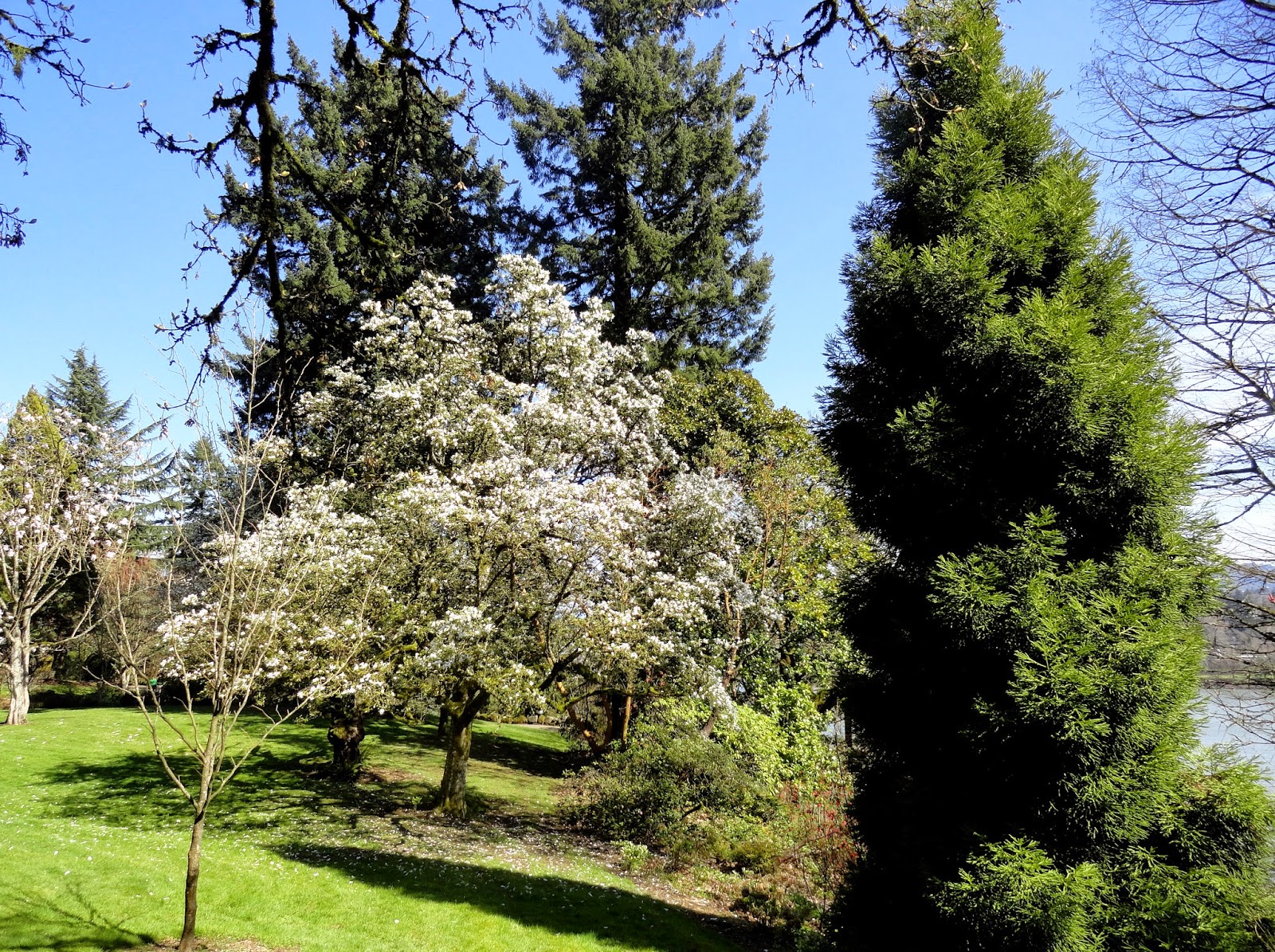 It was quite the beauty. I have it in my head this is a Rhododendron sinogrande, perhaps we were told that on my last visit (it was a guided tour). 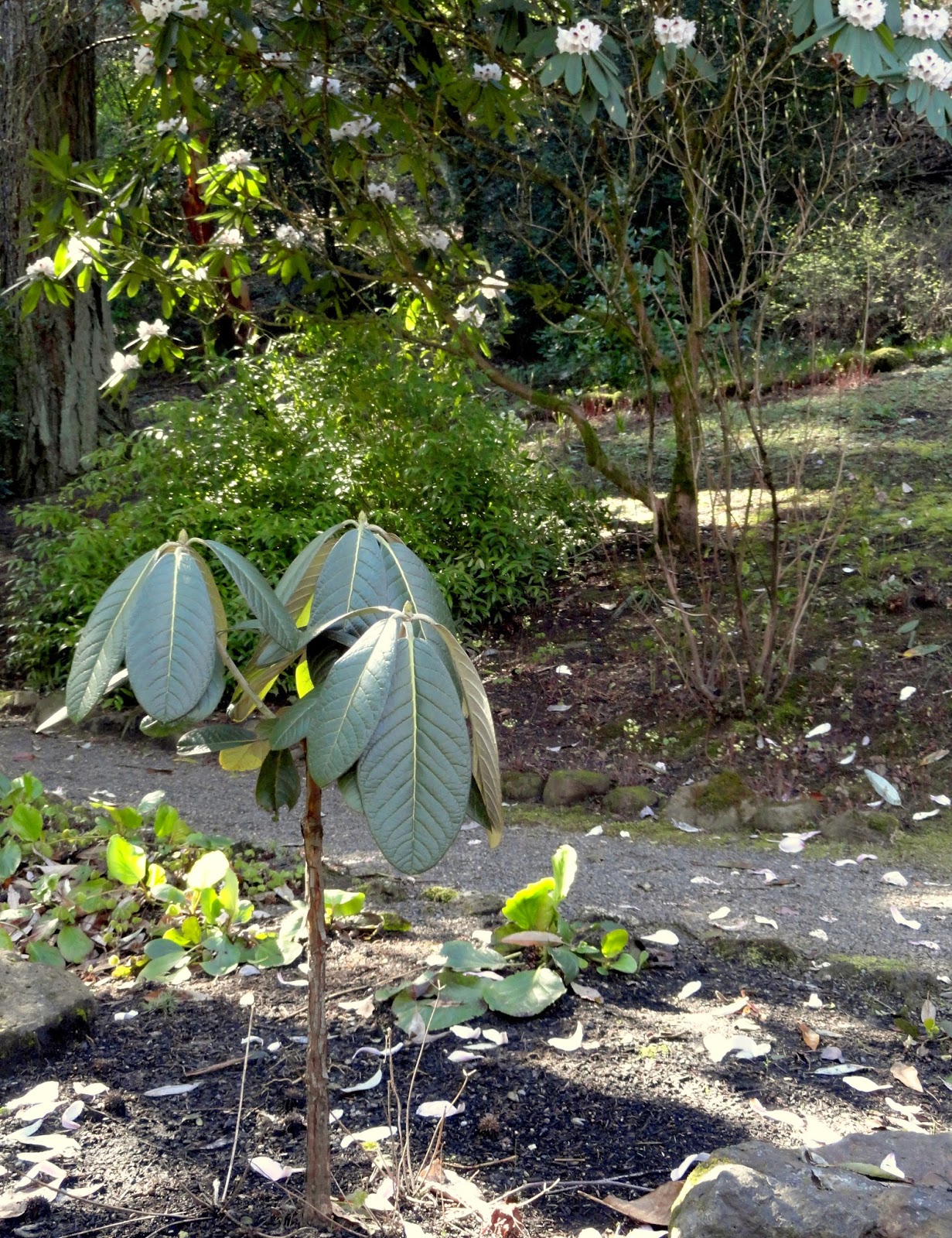 Stewartia pseudocamellia, I wish you could feel this bark, so smooth... 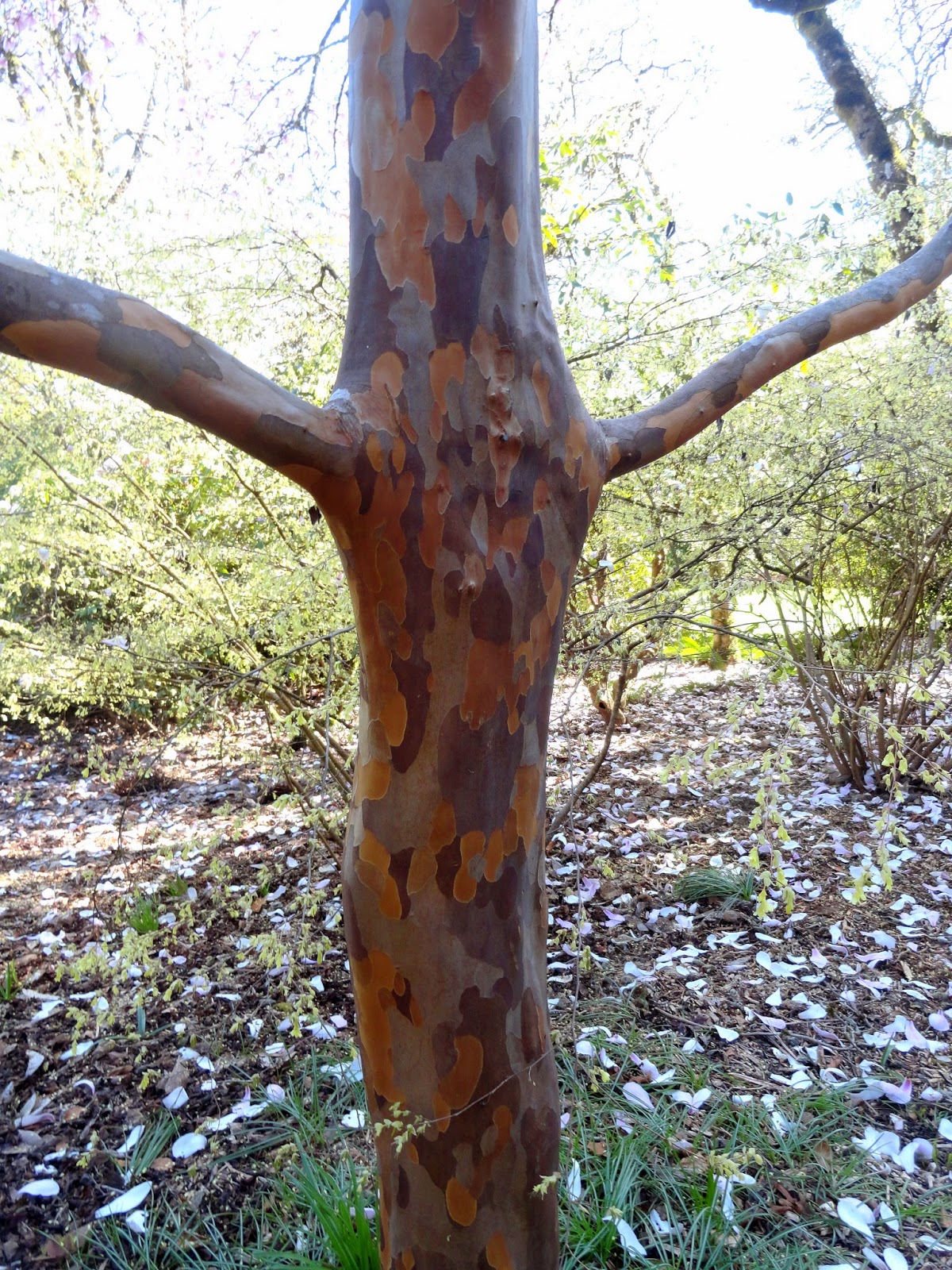 These didn't have name signs but maybe they're Chamaecyparis lawsoniana 'Wissel's Saguaro'? 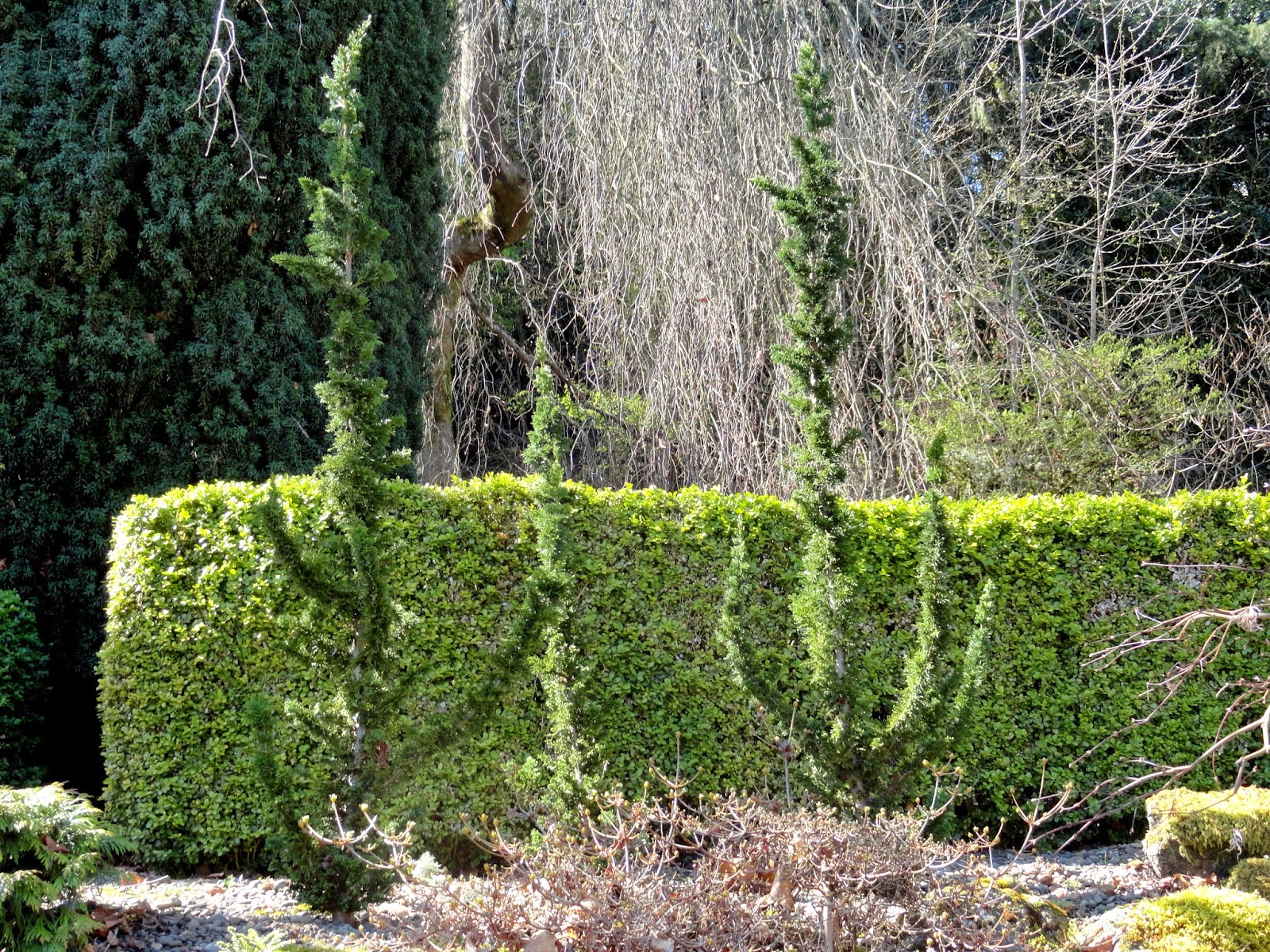 We briefly considered adding an Araucaria araucana (monkey puzzle tree) to the garden (in the former Privet-lands), while I was thrilled at the idea we ultimately decided it just wasn't a good fit. I'll continue to enjoy them in other gardens. 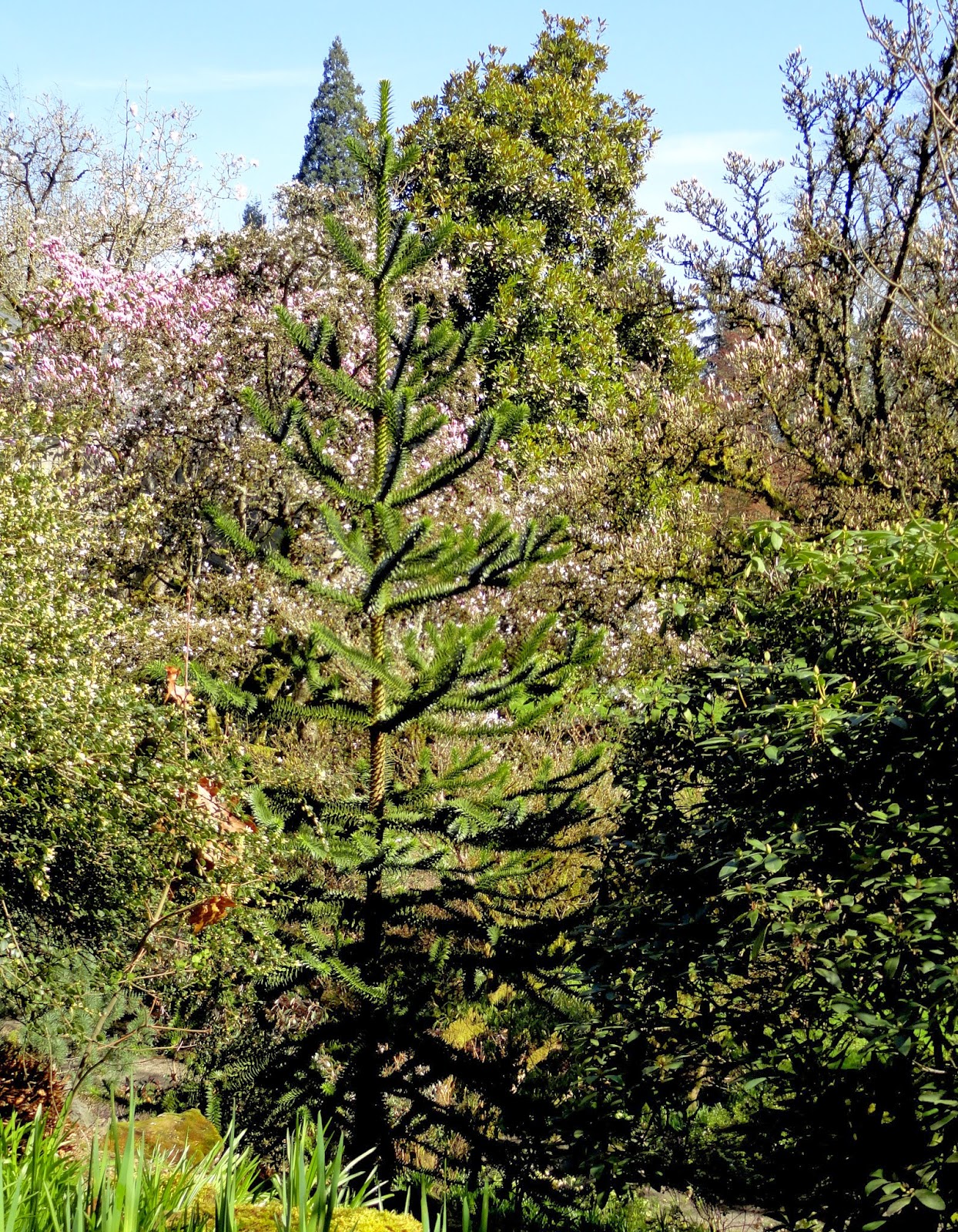 Cute little ground-cover like plant, or weed? Anyone know? 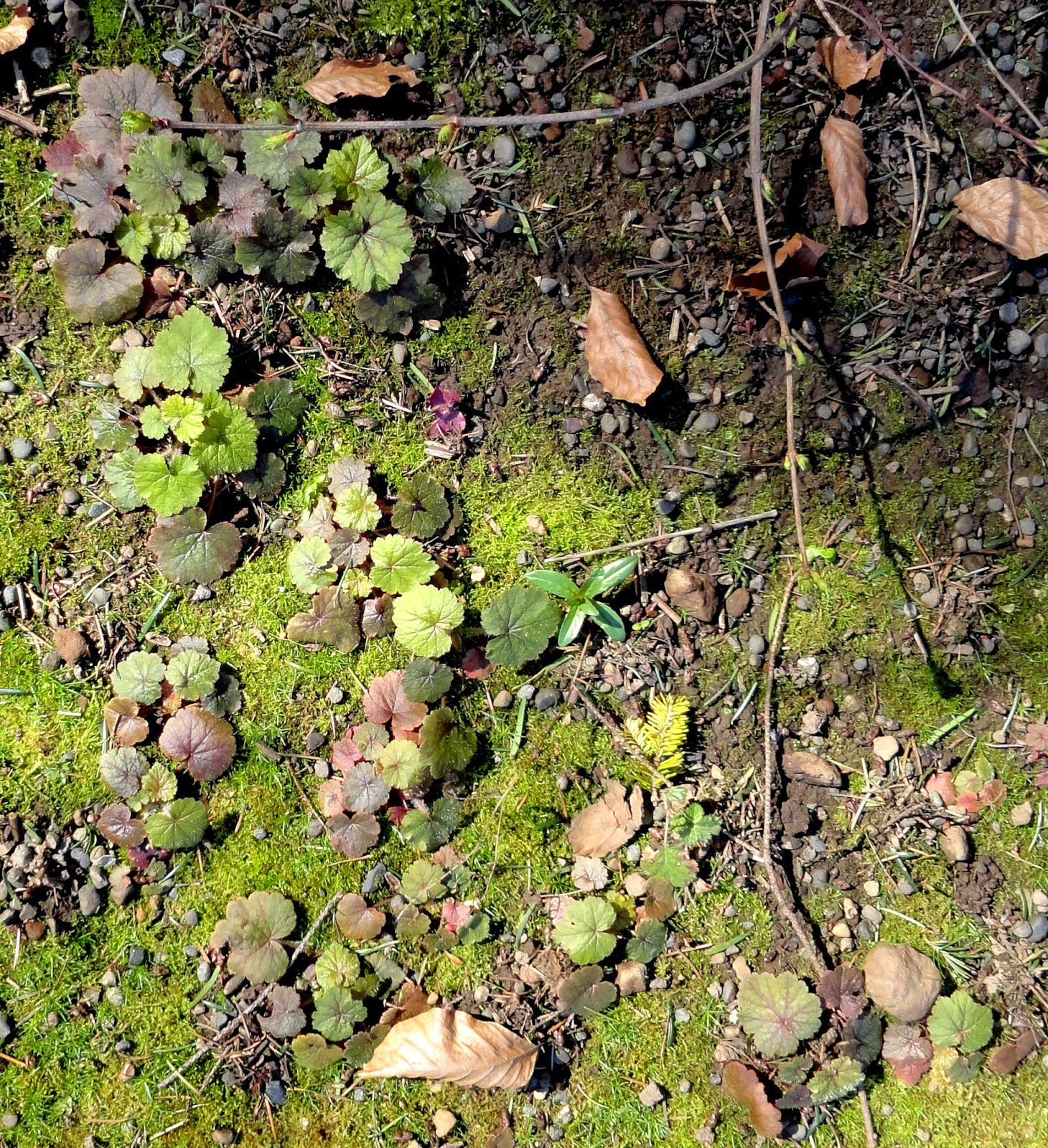 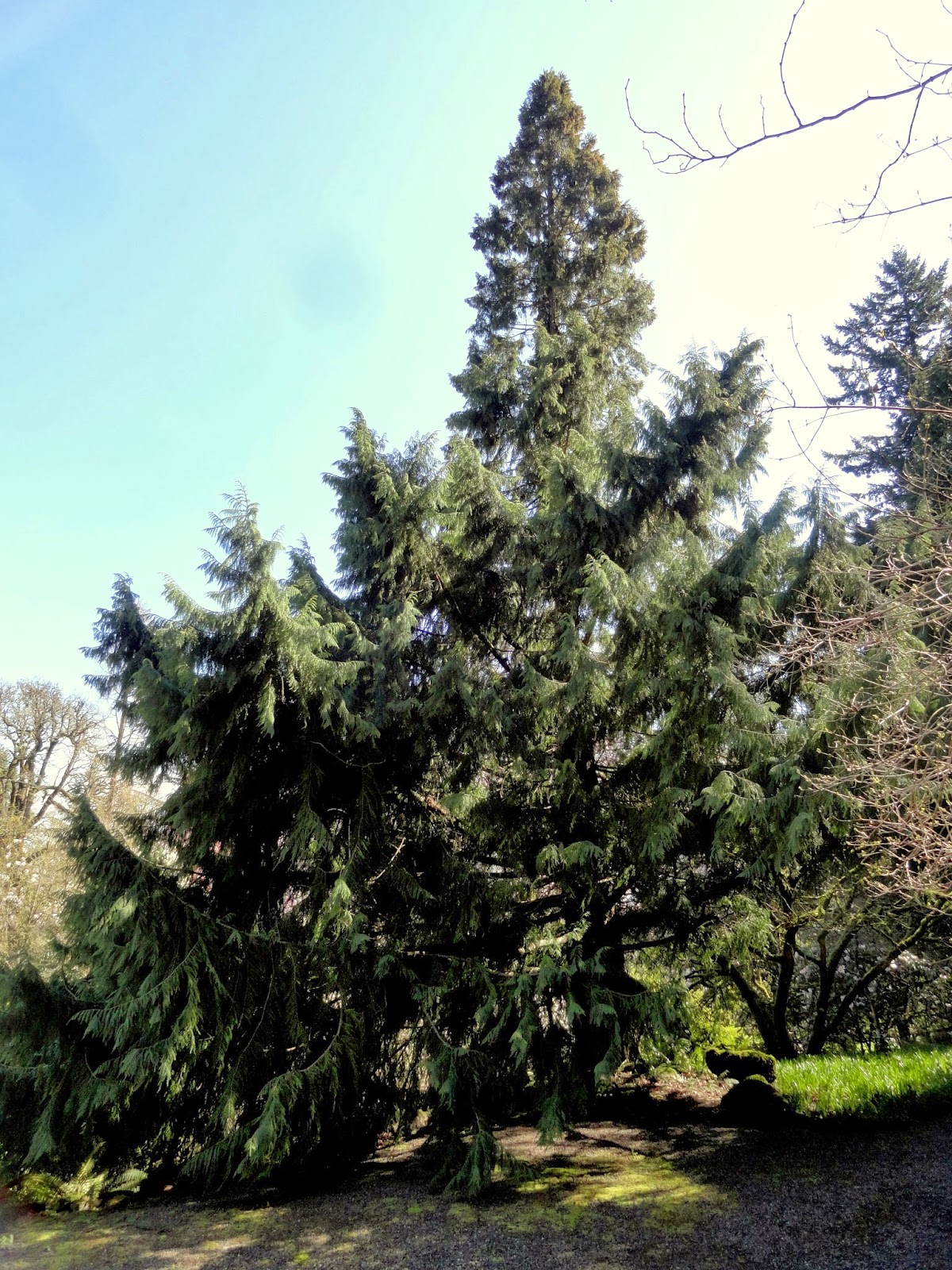 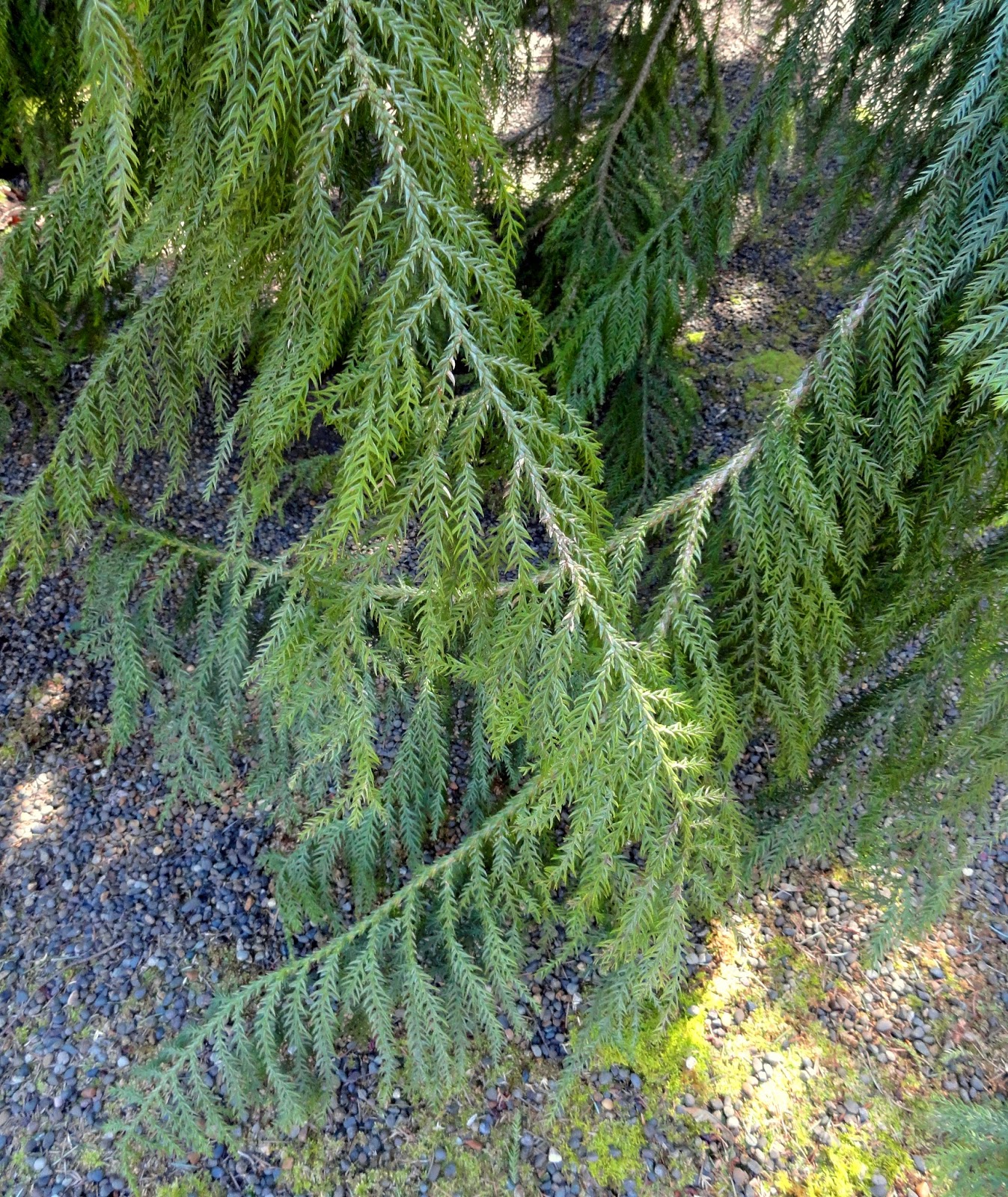 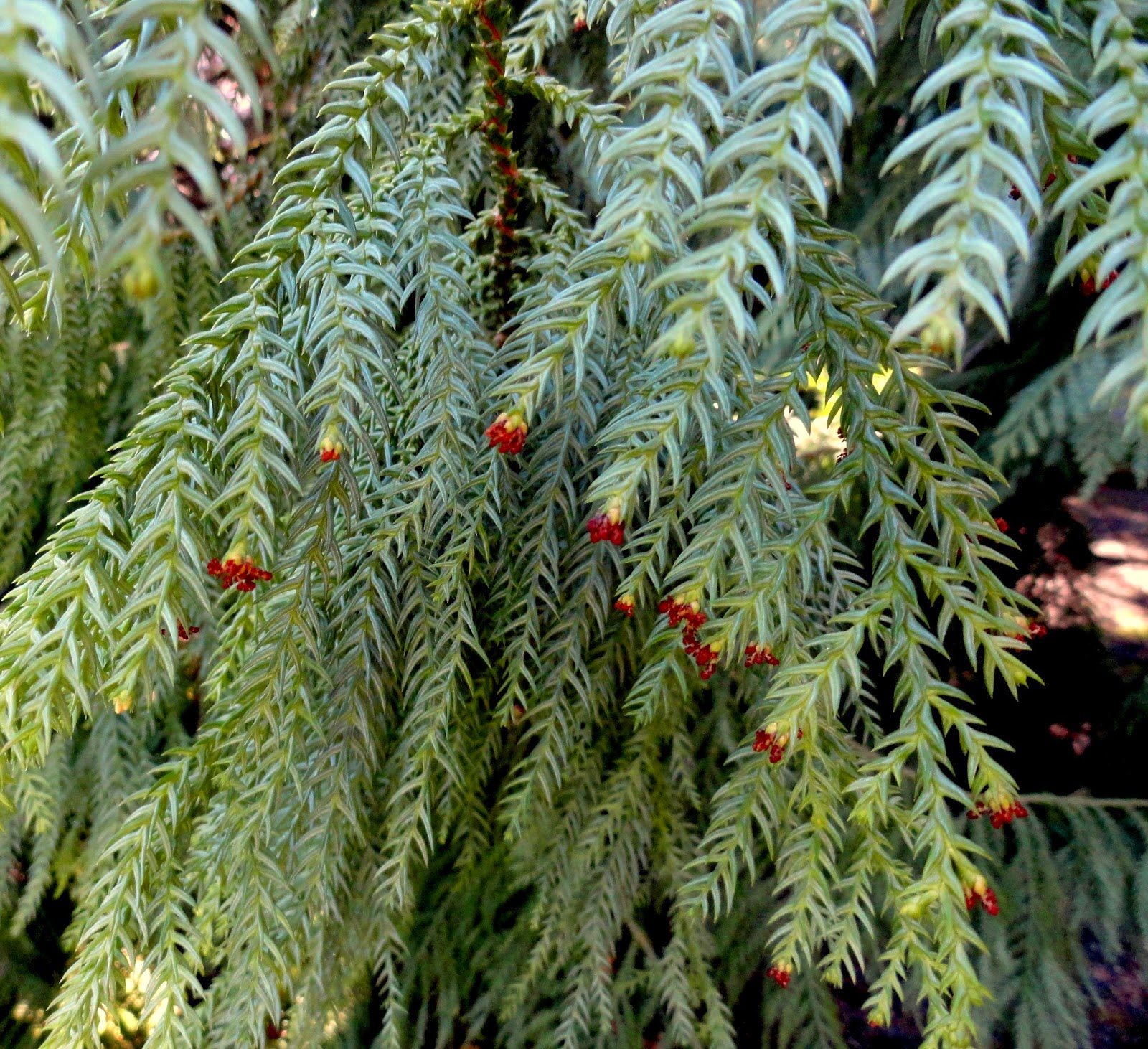 Finally the hamamelis which were in bloom last time, and bare this time. Maybe I'll return to see their fall color? 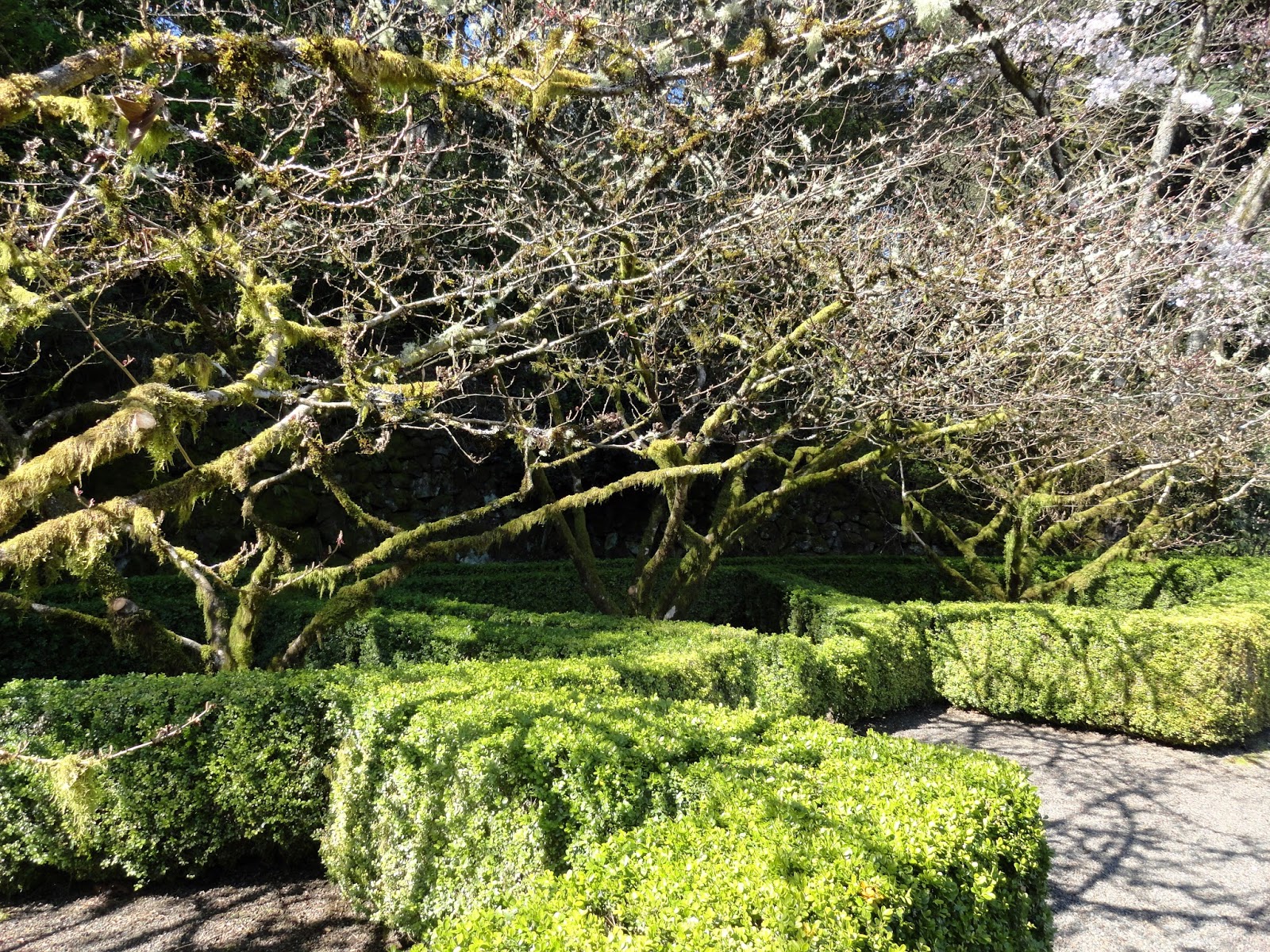