I got it! (a sought after plant, of course)

This a tale of lust, plant lust. My first sighting of the variegated daphniphyllum was in this garden, such a beautiful plant! 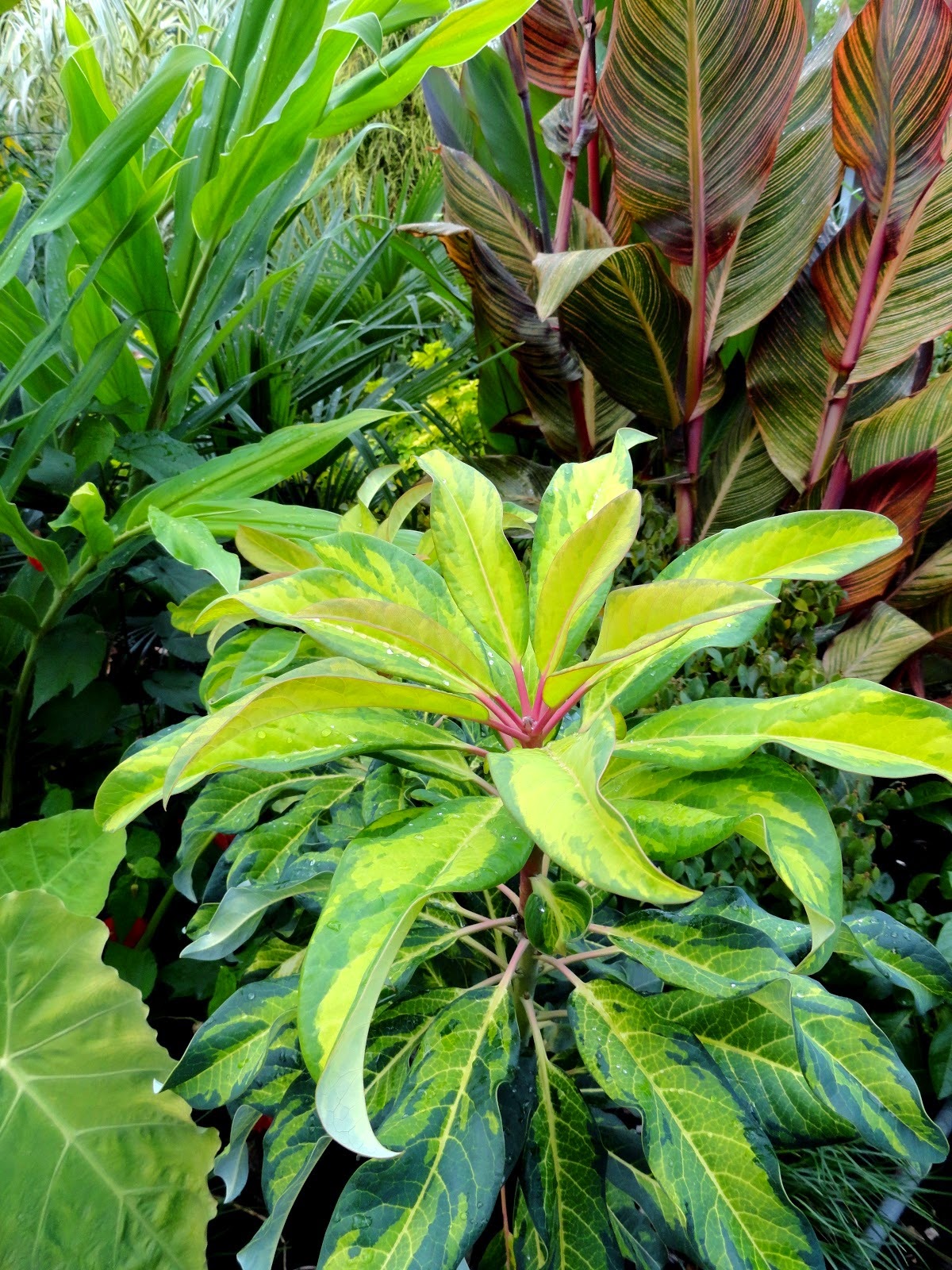 How could I not fall in “love”… 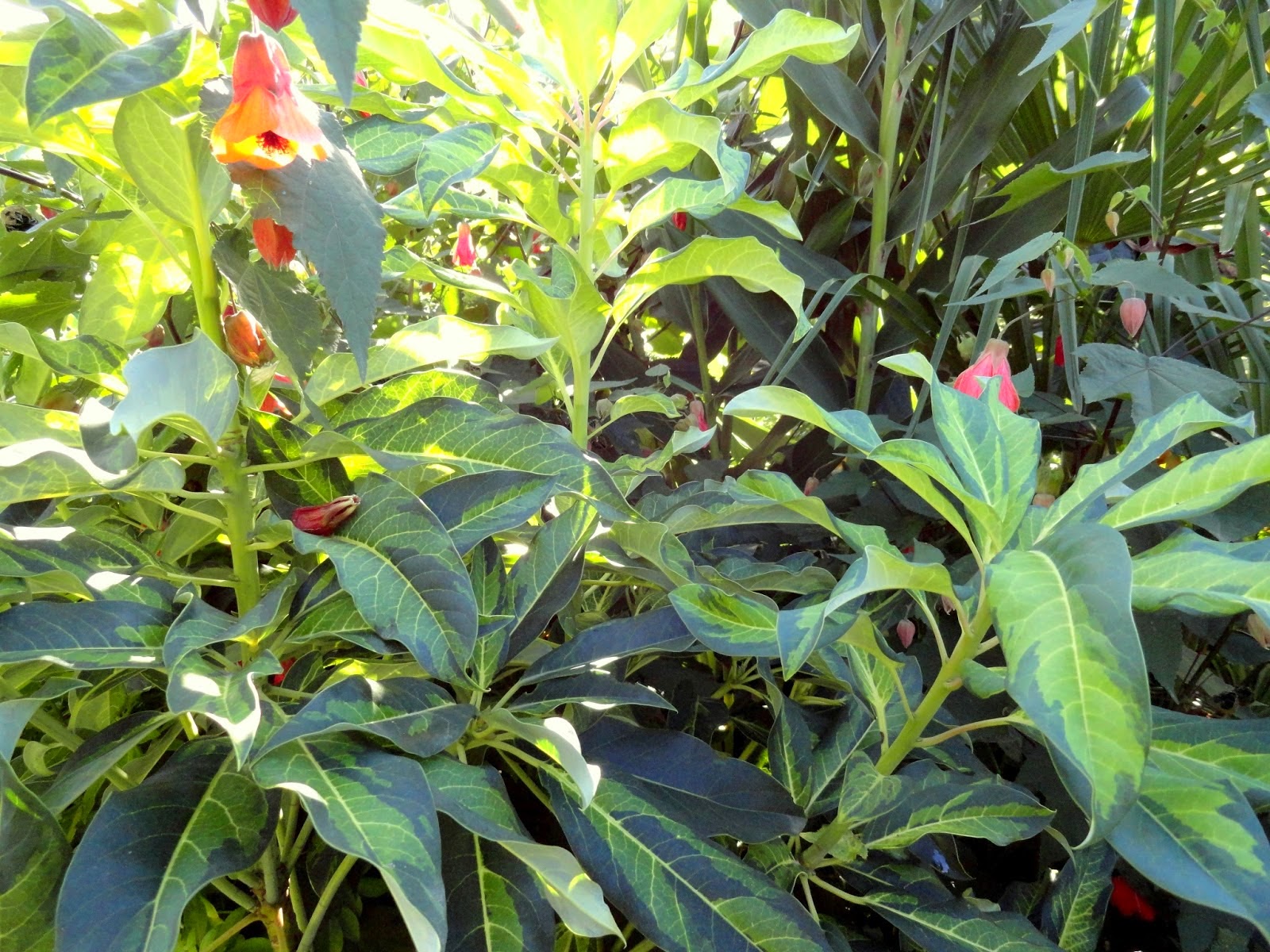 Then of course there’s the huge specimen at Hersonswood, on the Kitsap Penninsula. I stood and stared in awe… 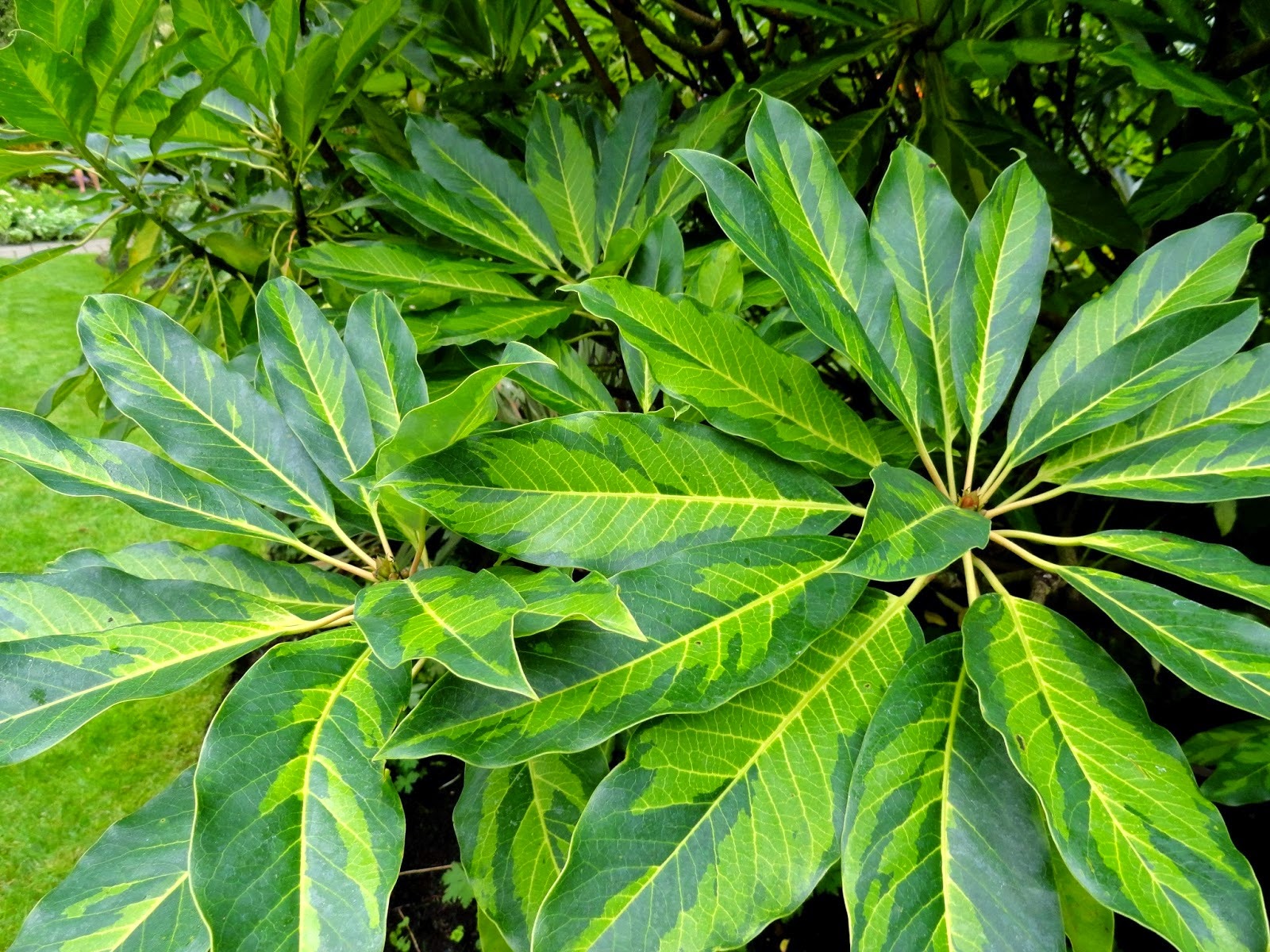 All internet searches seemed to lead to Buchholz & Buchholz, yet when I asked I was told it was not available. Heck even the standard green daphniphyllum I admired at Portlands Chinese Garden seemed nearly impossible to find... 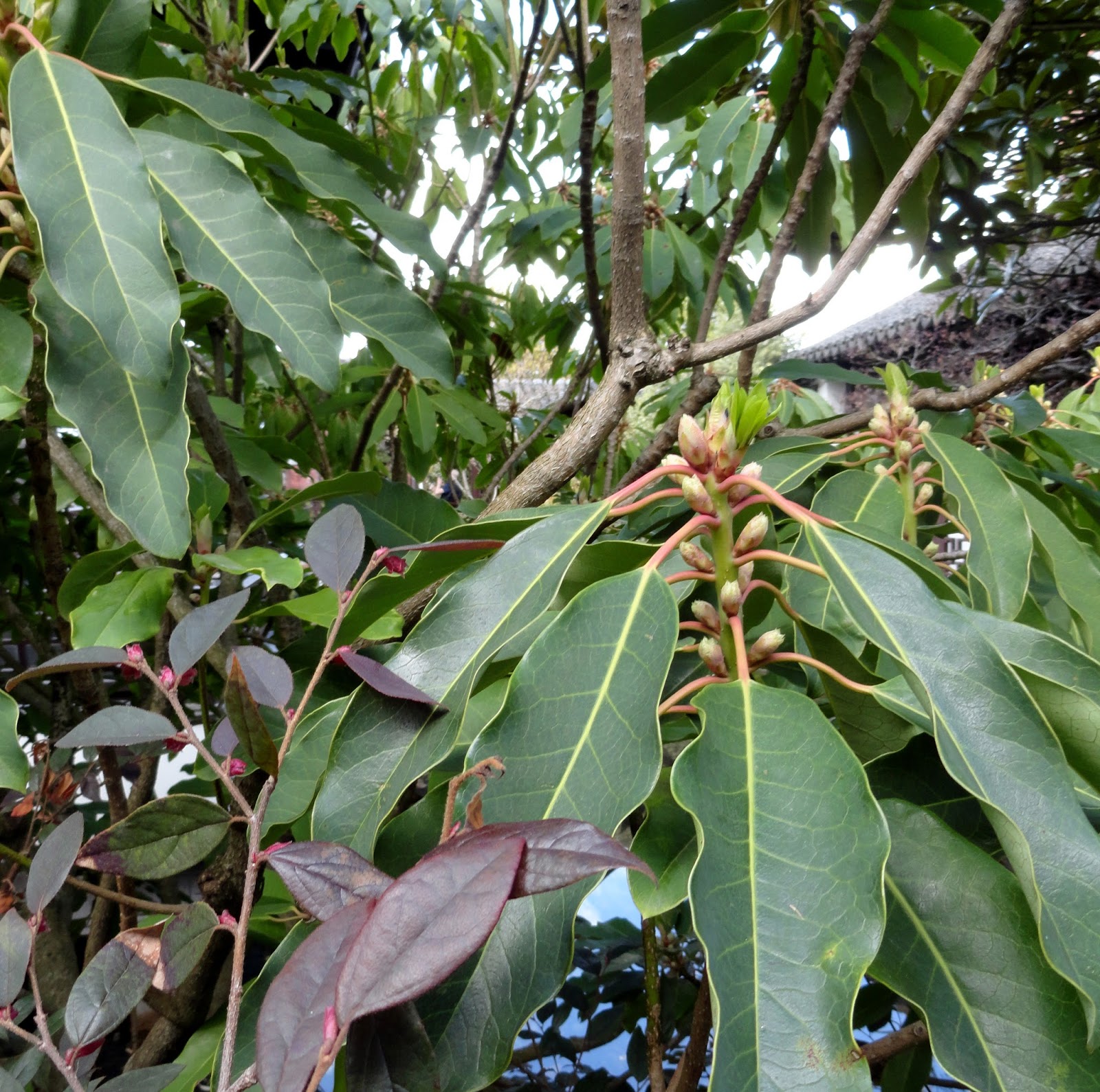 At the Hardy Plant Society "Winter Interest" display at the Yard Garden and Patio Show I spied Daphniphyllum macropodum foliage from Roger at Gossler Farms Nursery. 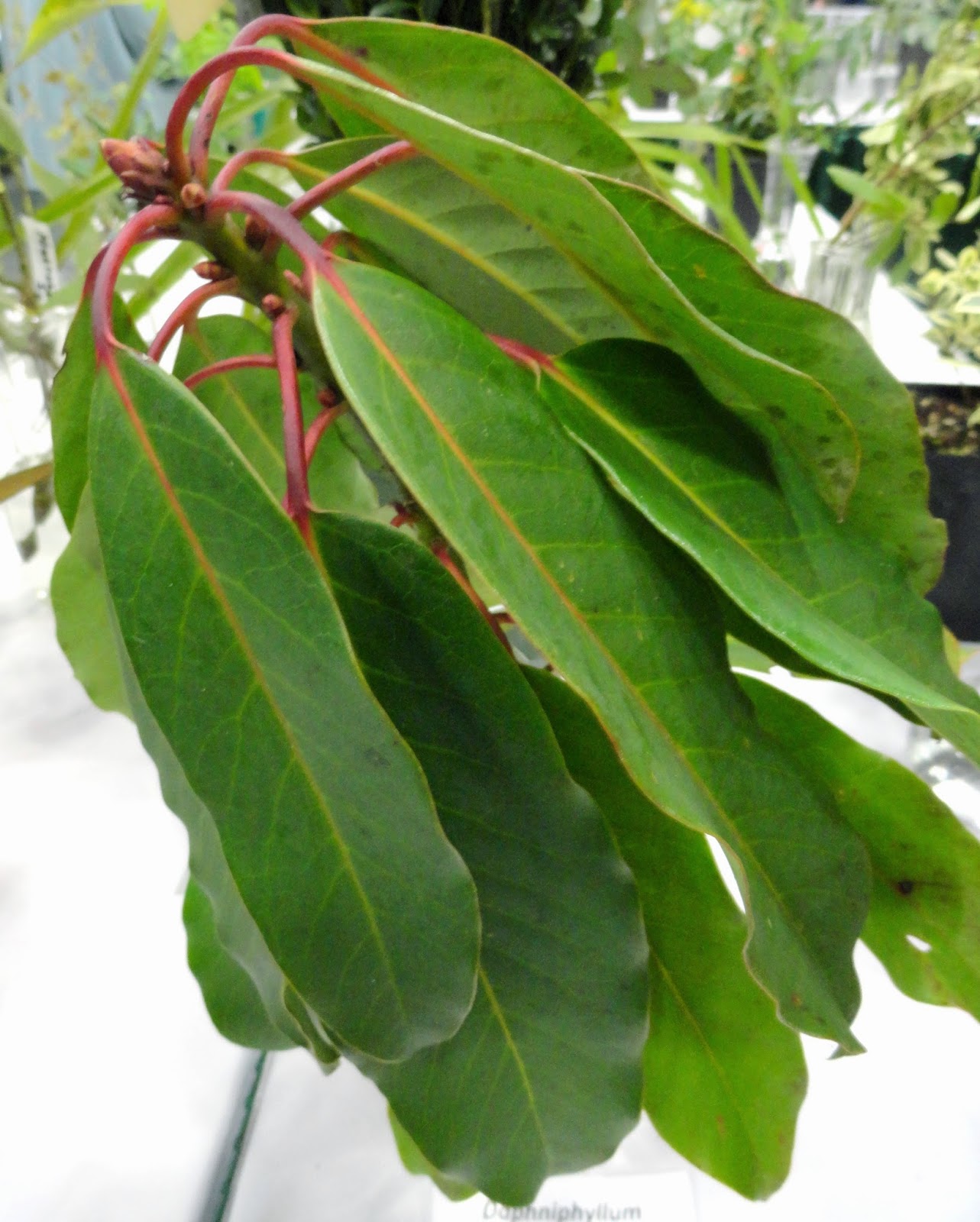 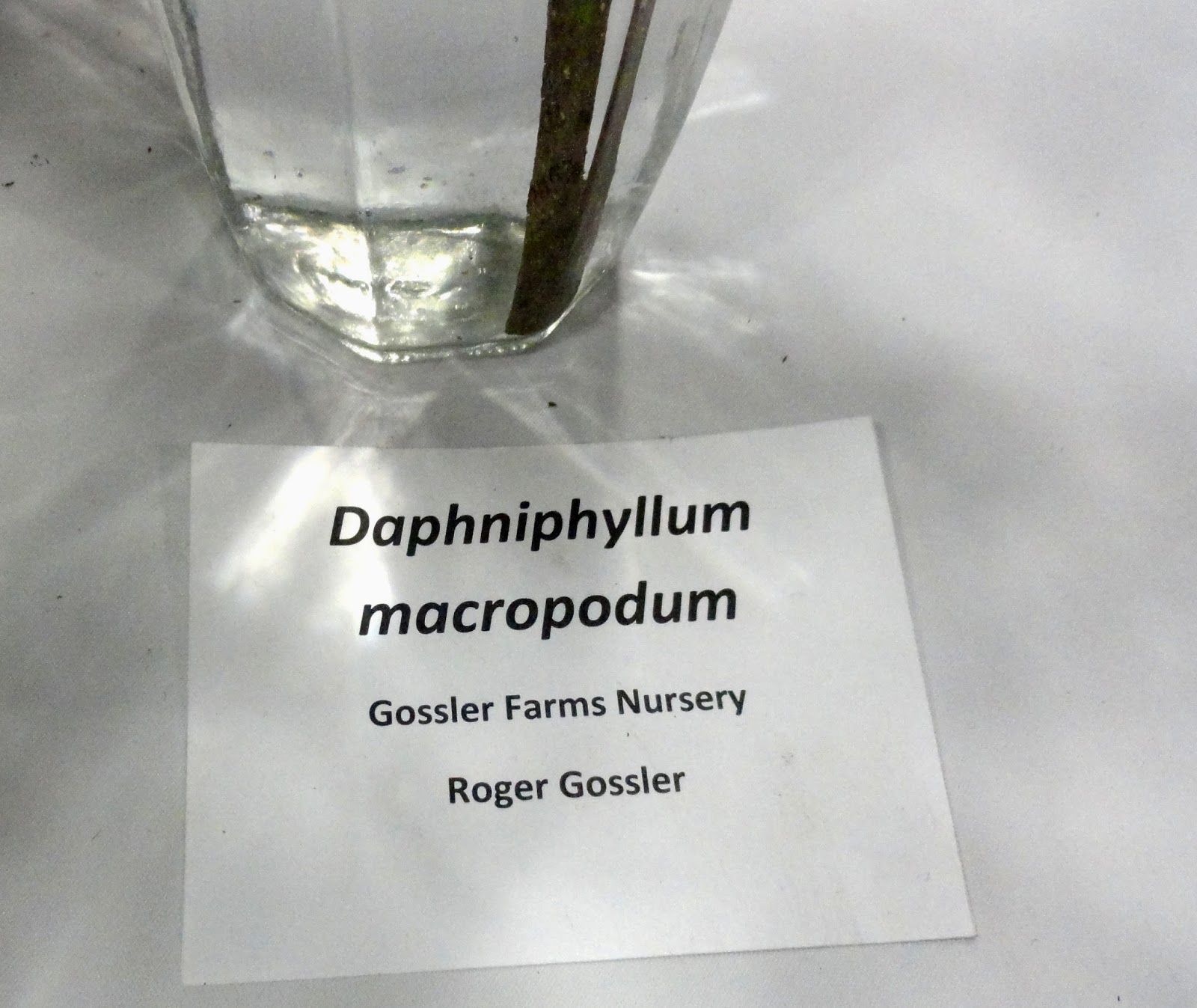 That had me remembering...the owner of that fabulous garden (where I first laid eyes on the object of my affection) had mentioned his plant came from Gossler Farms, and as luck would have it we'd planned a little trip south to Eugene, Oregon…Gossler Farms was nearby, I wonder!? Searching their online catalogue yielded no results so I called, after all they’re not open regular business hours and I needed to make sure a visit was okay. Ya, they might have one, we’d take a look when I was there (!!!).

The night before our trip to Eugene I attended Plant Nerd Night. Dan Hinkley (of Heronswood fame, now selling plants under the Windcliff label) was there and selling a couple small Daphniphyllum macropodum for $14. 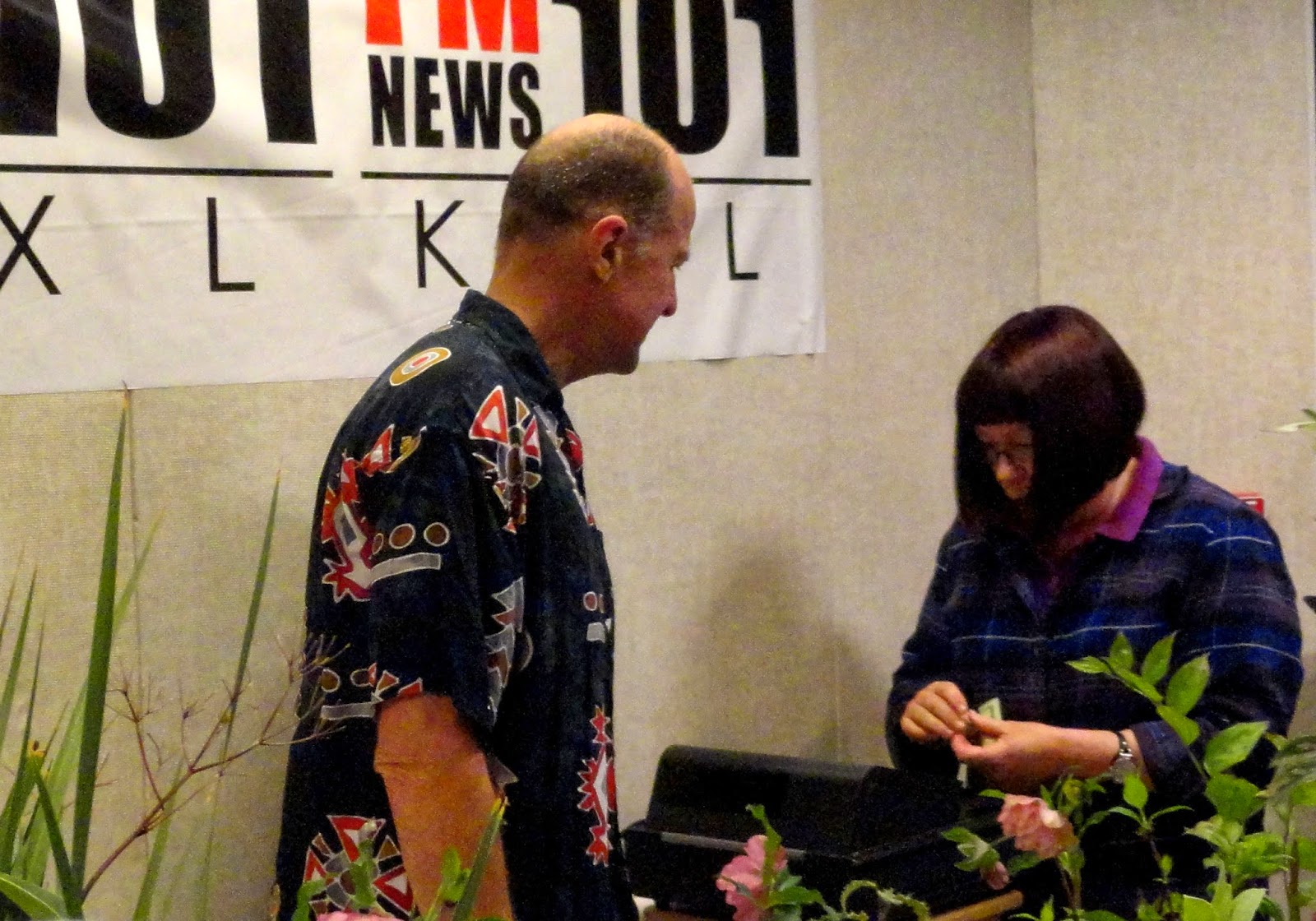 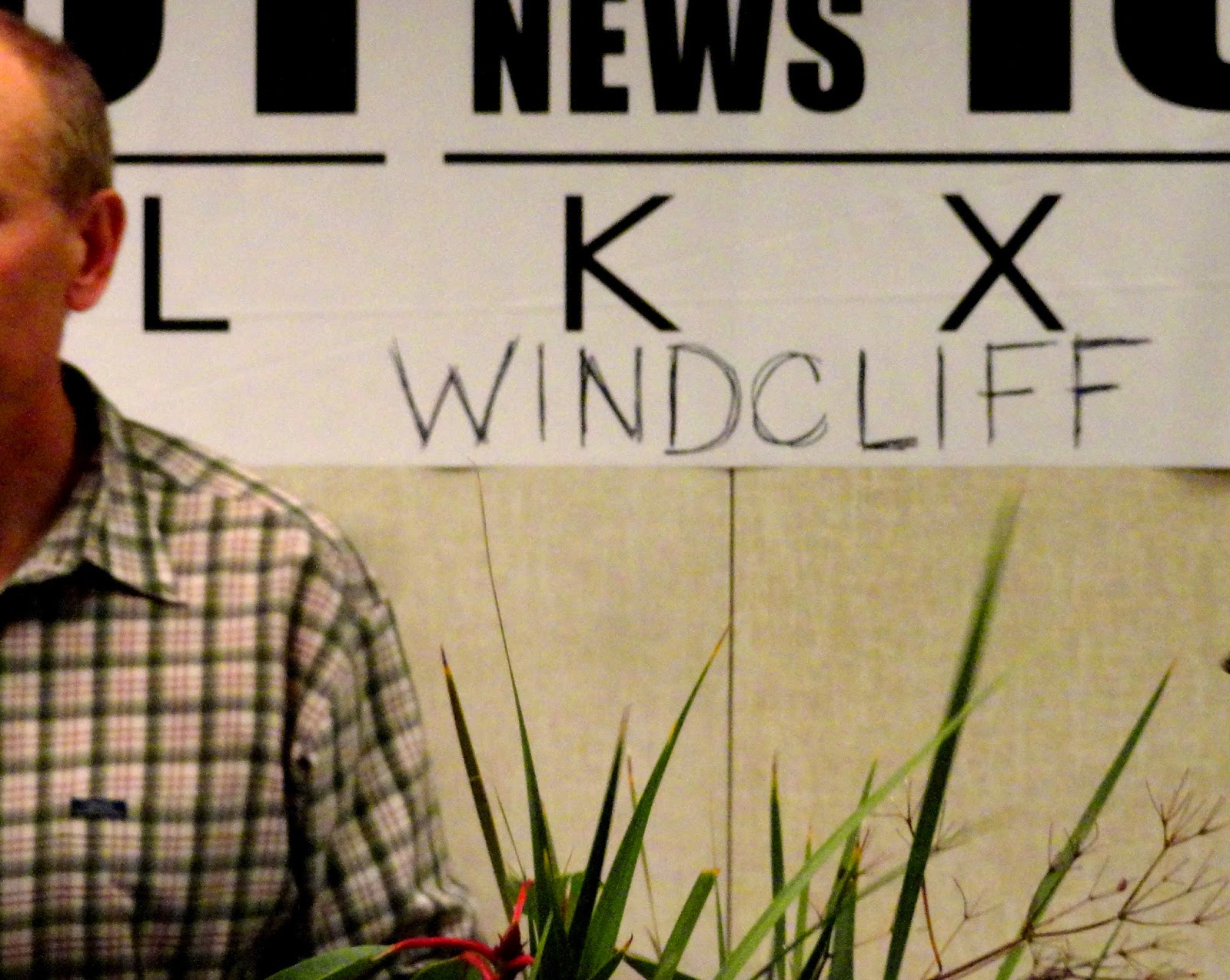 I had a moment and grabbed one. I mean sure I might find the variegated plant the next day but wasn’t a little $14 insurance a good thing? 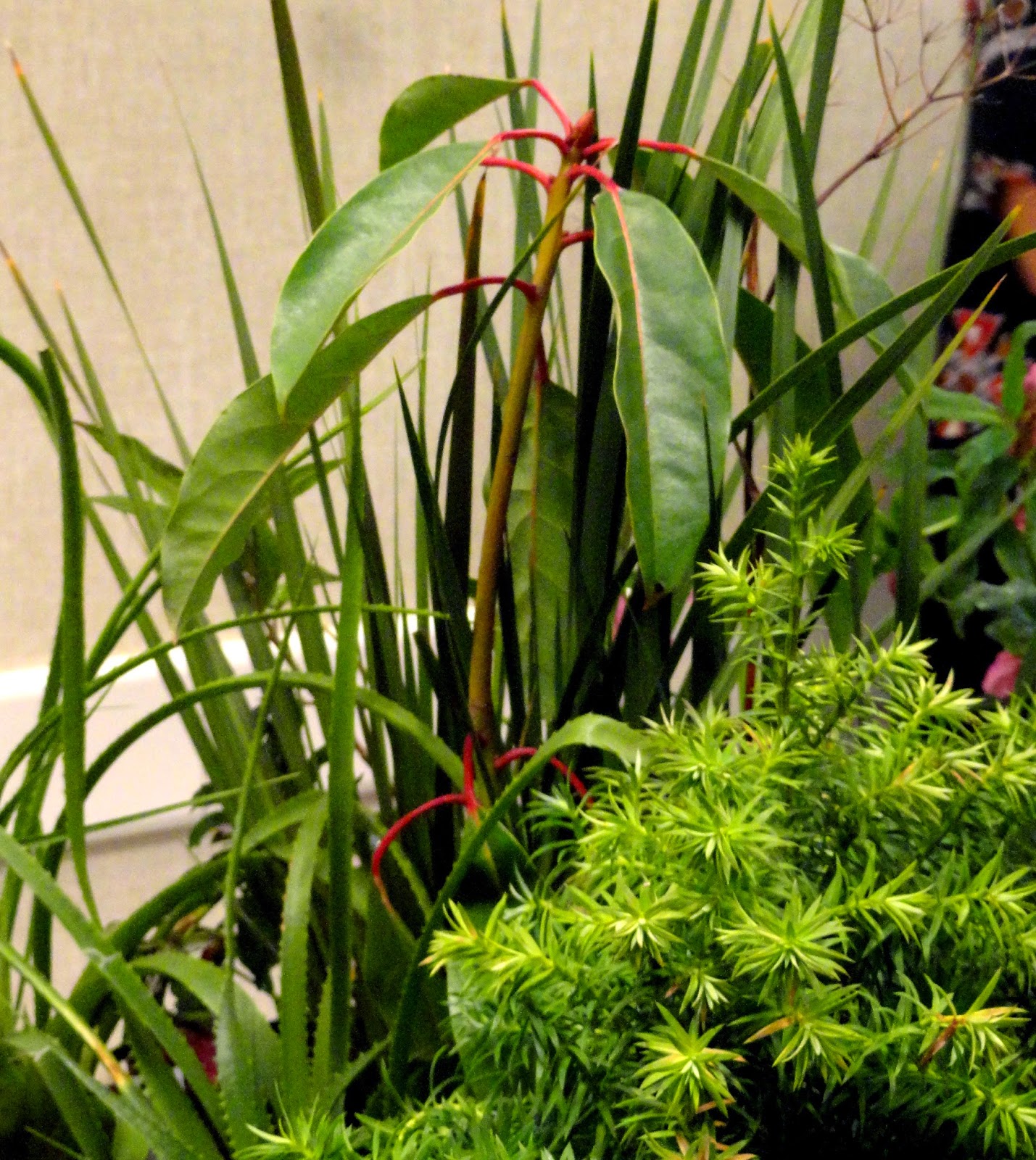 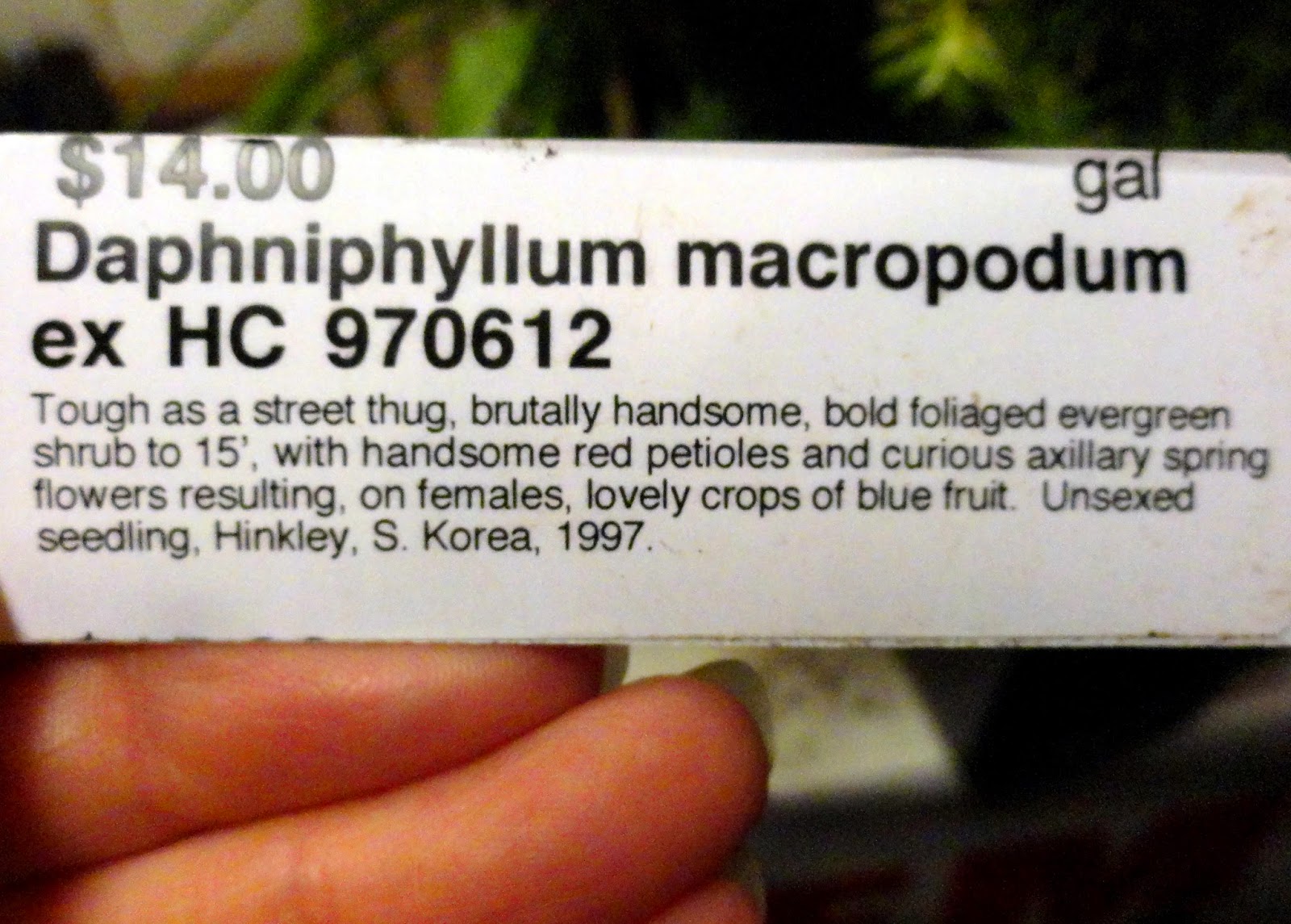 Just in case you’re wondering if I did buy anything at Nerd Night I’ll diverge from the topic at hand and share my purchases. First was Pittosporum tenuifolium 'Atropurpureum’ from Cistus which I passed up at the YGP Show. Just look at that sexy foliage! 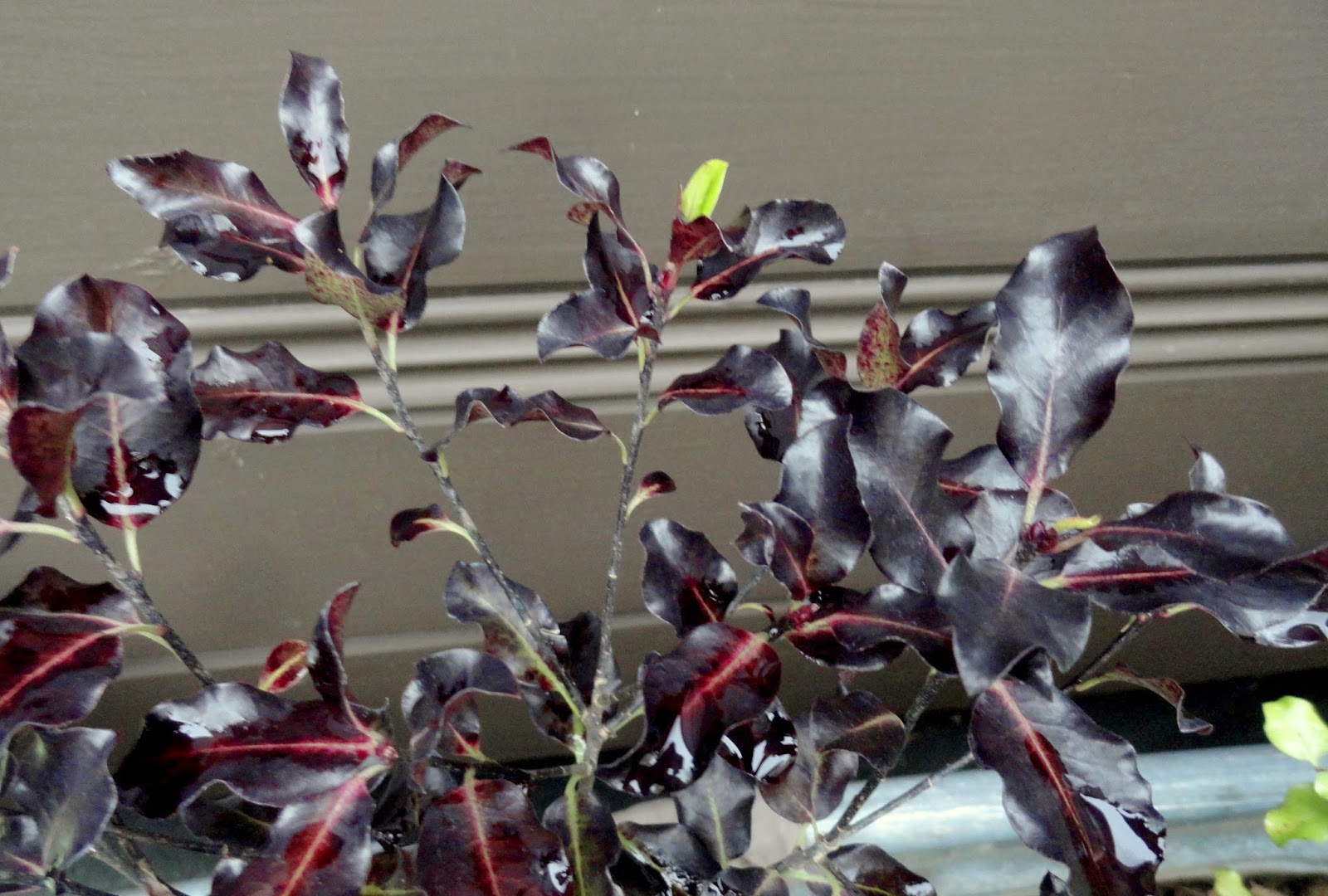 And secondly an Ochagavia carnea, from Mr Hinkley. Reportedly hardy spikes, of course I have to try them. 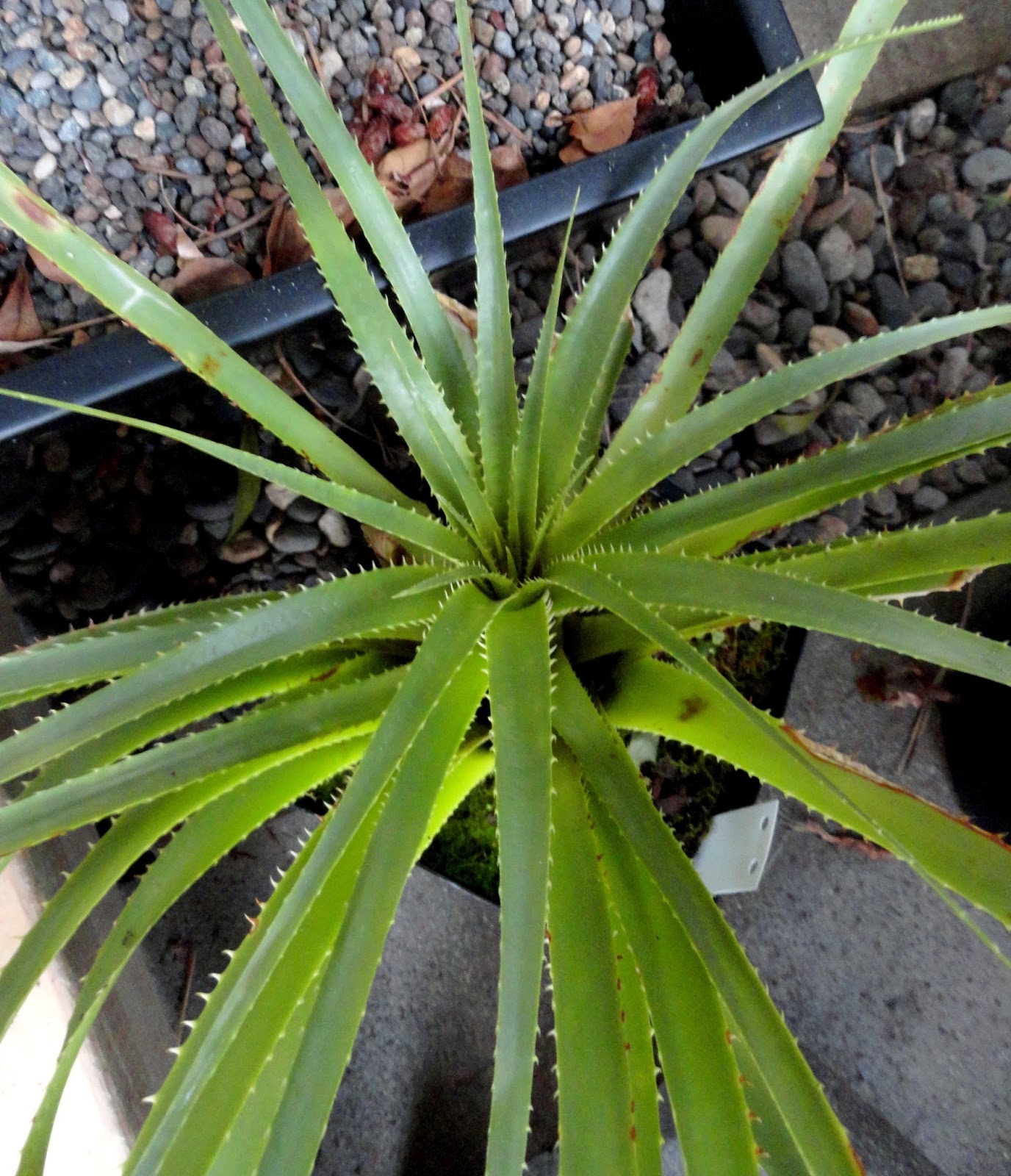 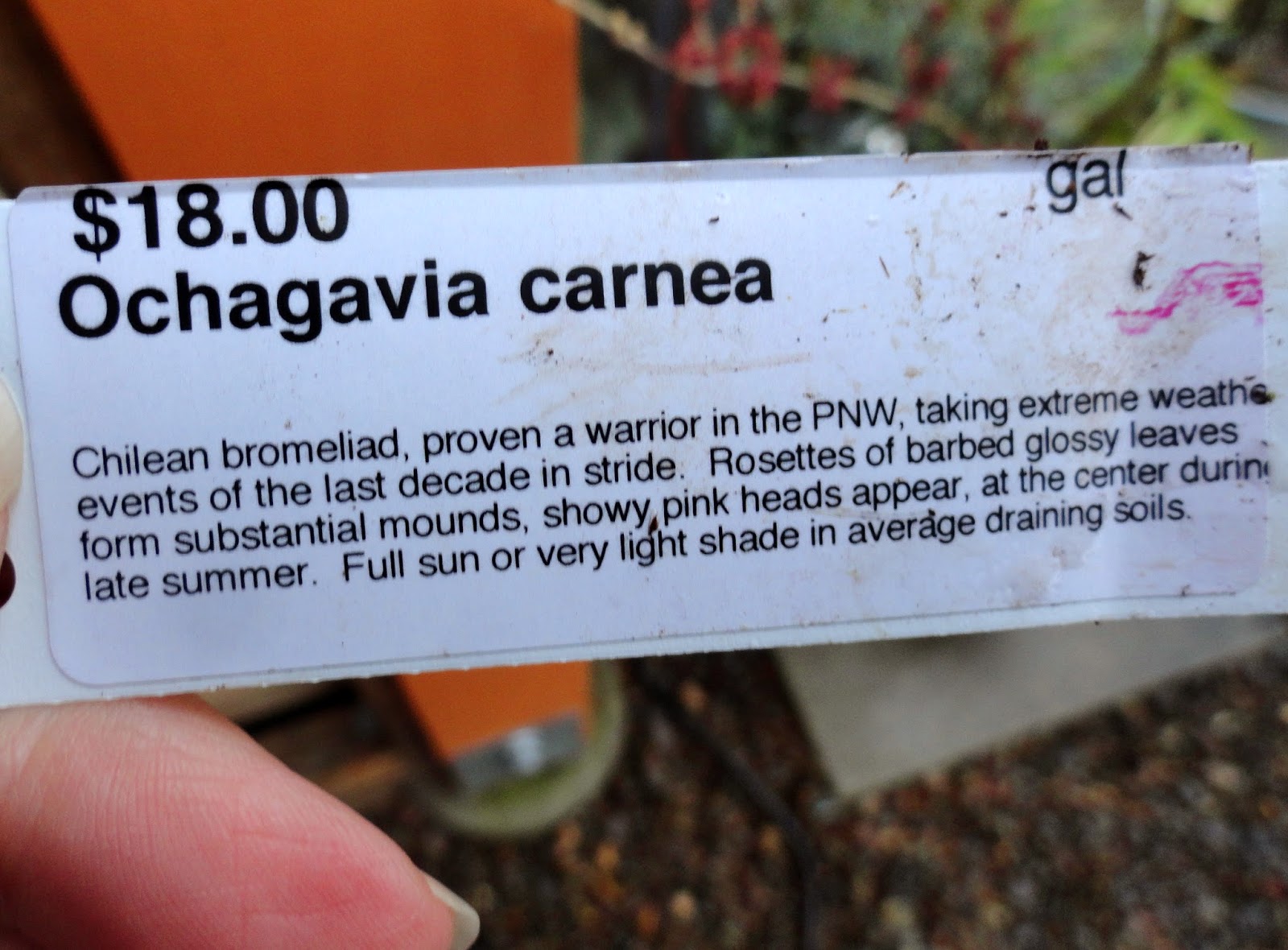 Okay back to our story, the hunt for the variegated daphniphyllum. When I first arrived at Gossler Farms there was no one around so I wandered in and out of the greenhouses, in my own little plant nirvana. I eventually found these… 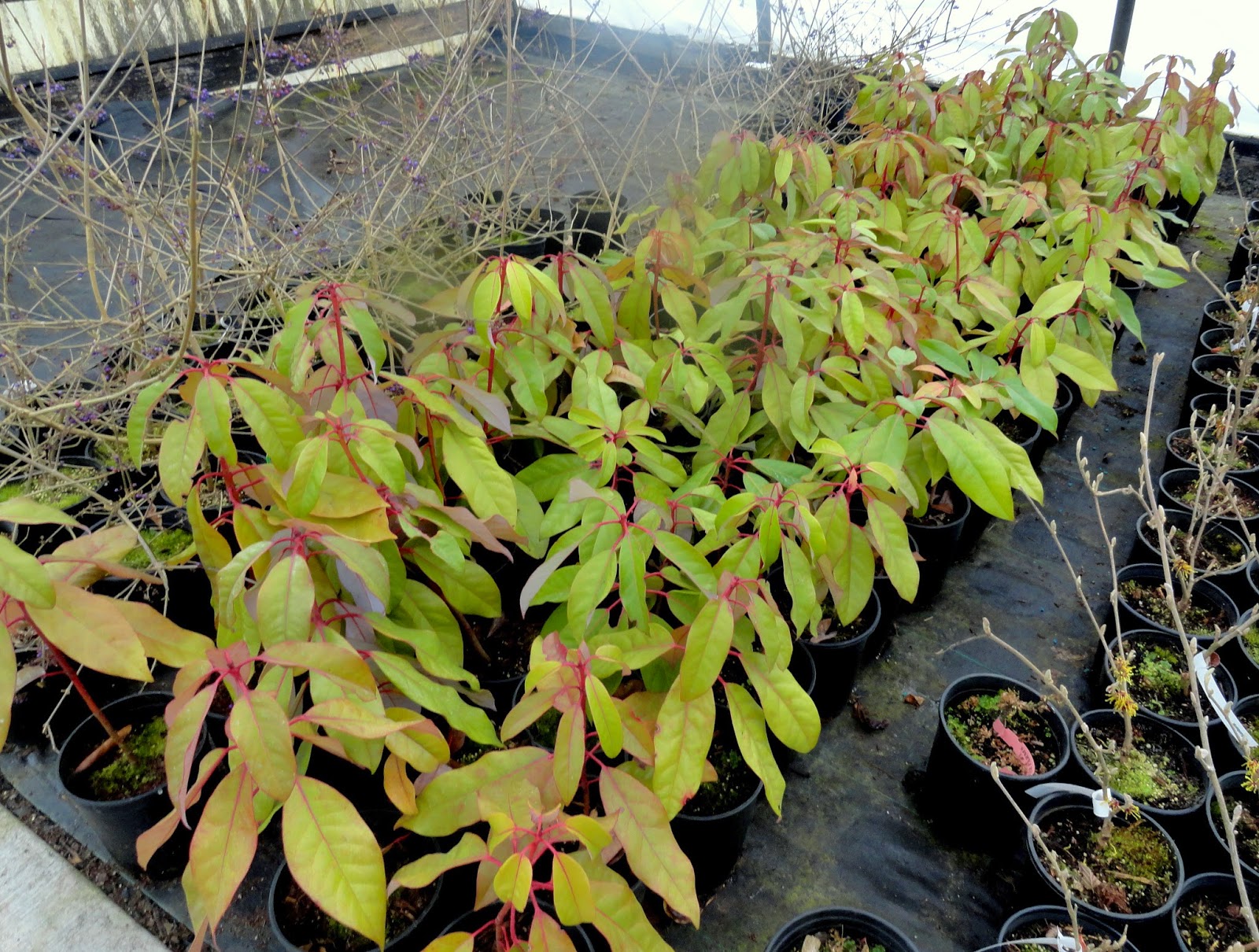 So I at least knew I could make up for letting the Windcliff plant slip through my fingers the night before. 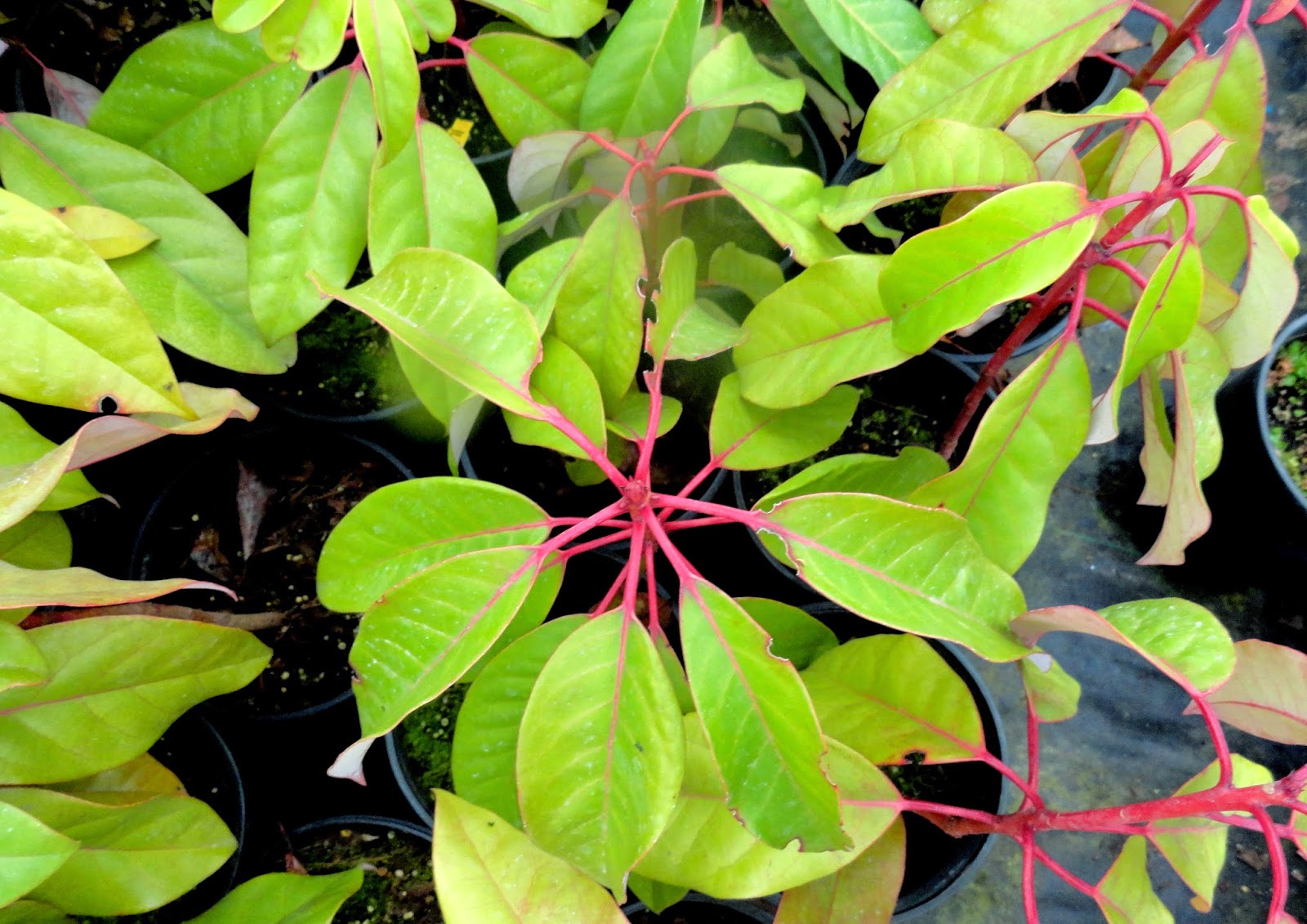 Then, finally, in a sort of a propagating and special plants space, I found this… 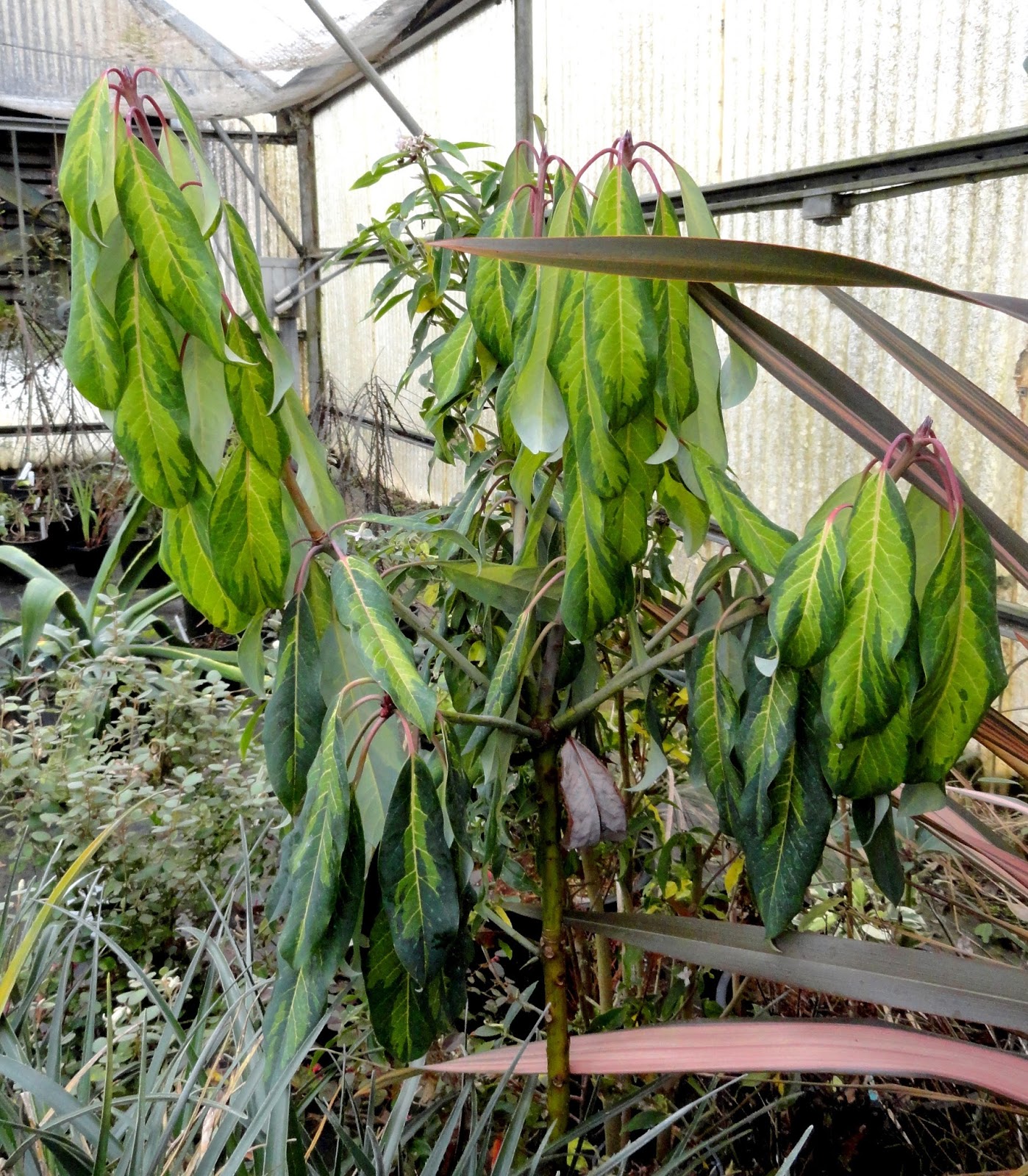 It’s what I was hoping for but it certainly didn’t look happy, extremely unhappy actually. Further hunting turned up a very large plant in a greenhouse that was off in the distance, perhaps off limits (oops). 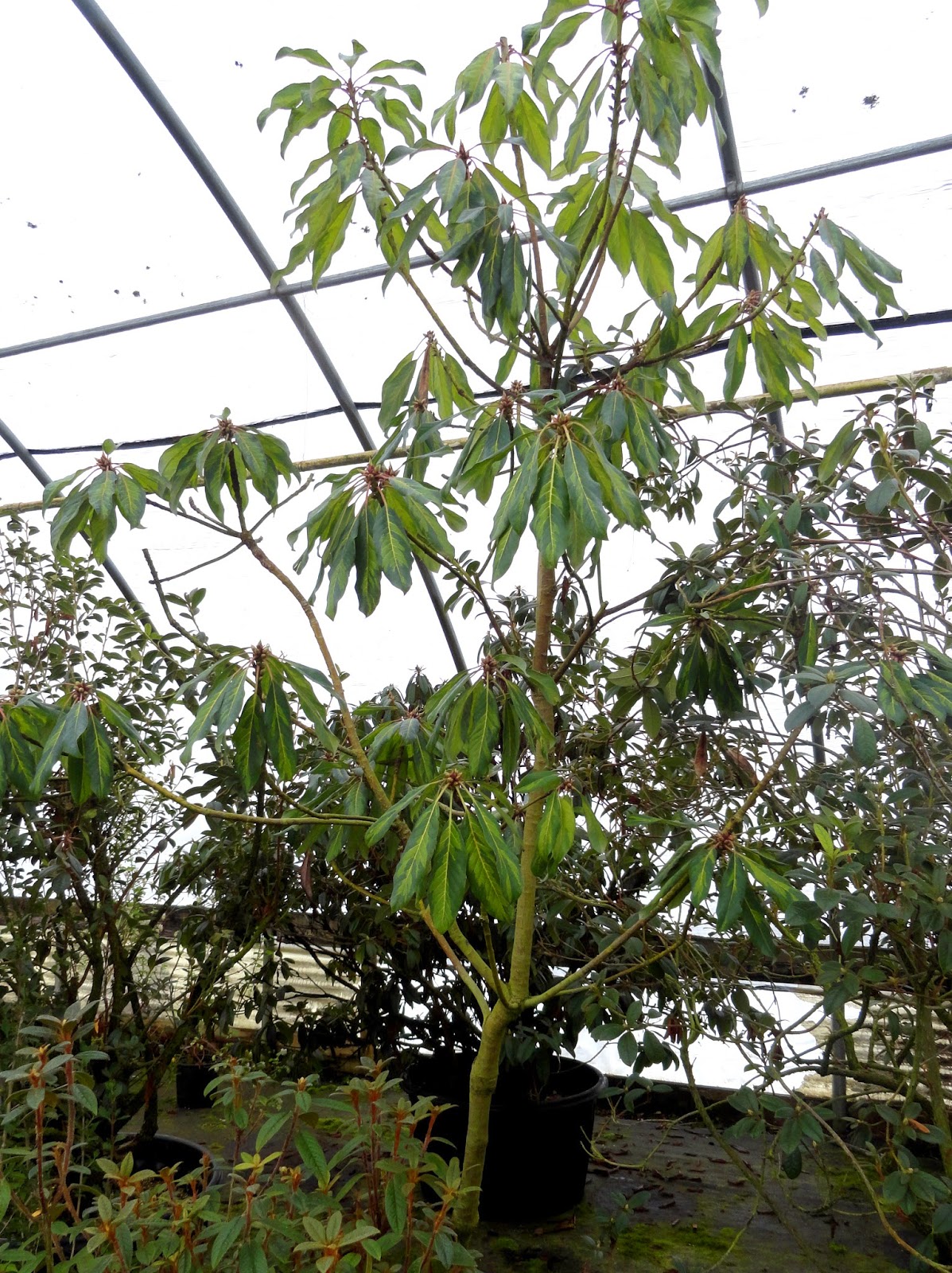 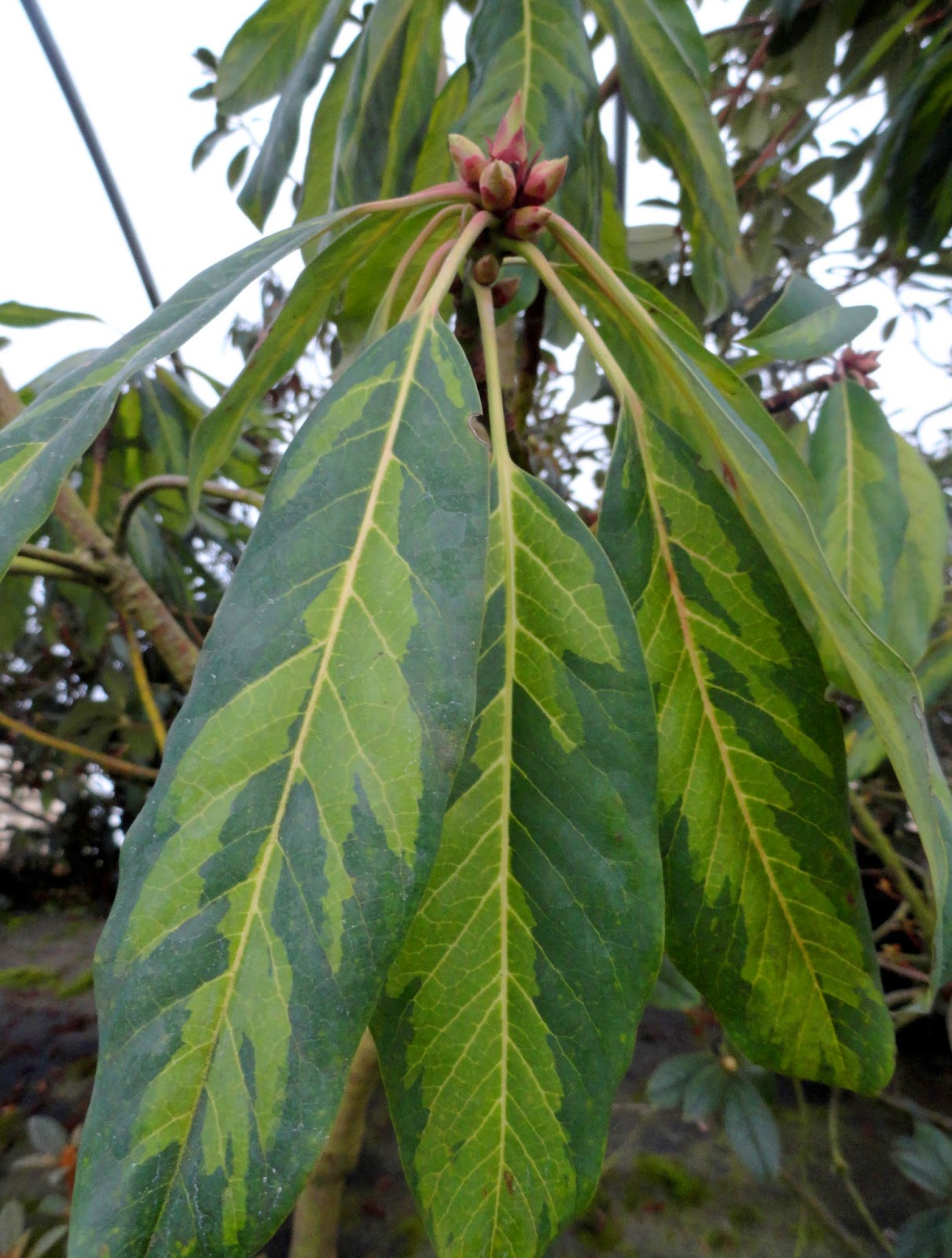 About then Roger Gossler joined me, I identified myself as the one who’d called looking for the variegated daphniphyllum. He took me to the sad plant but said he thought there was another tucked away in an outer greenhouse. We found it, but the graft had taken in a rather odd way (a 90 degree angle in the trunk) and we both feared the plant wouldn’t be structurally sound long term. He was sure the sad plant was only sad because it needed water. I was dubious, primarily because I’d recently lost a plant that looked exactly like this one did.

I took a leap of faith and went for it, buying the drooping one rather than the bent one. And look at it now… 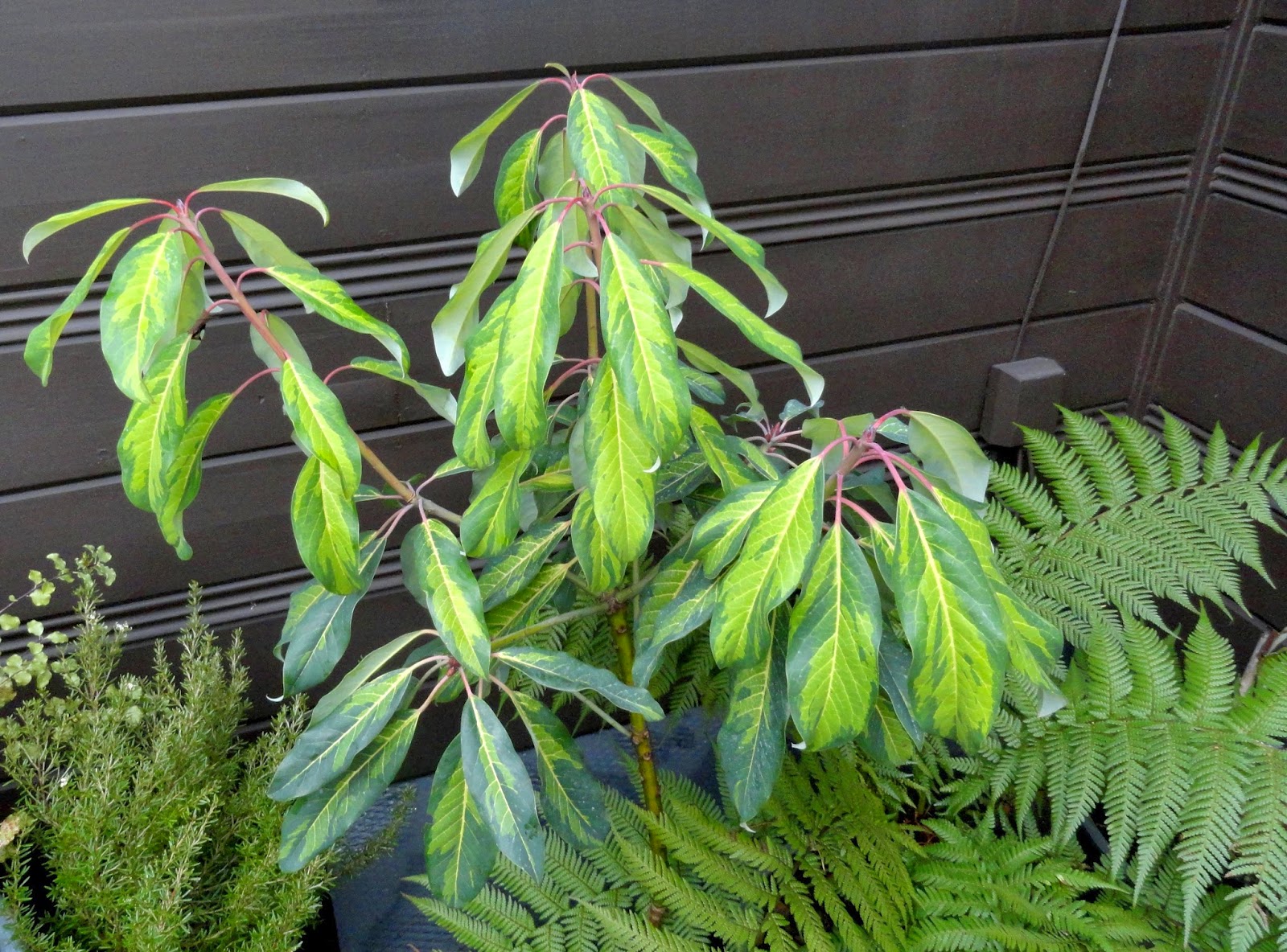 I’ve got my variegated daphniphyllum! 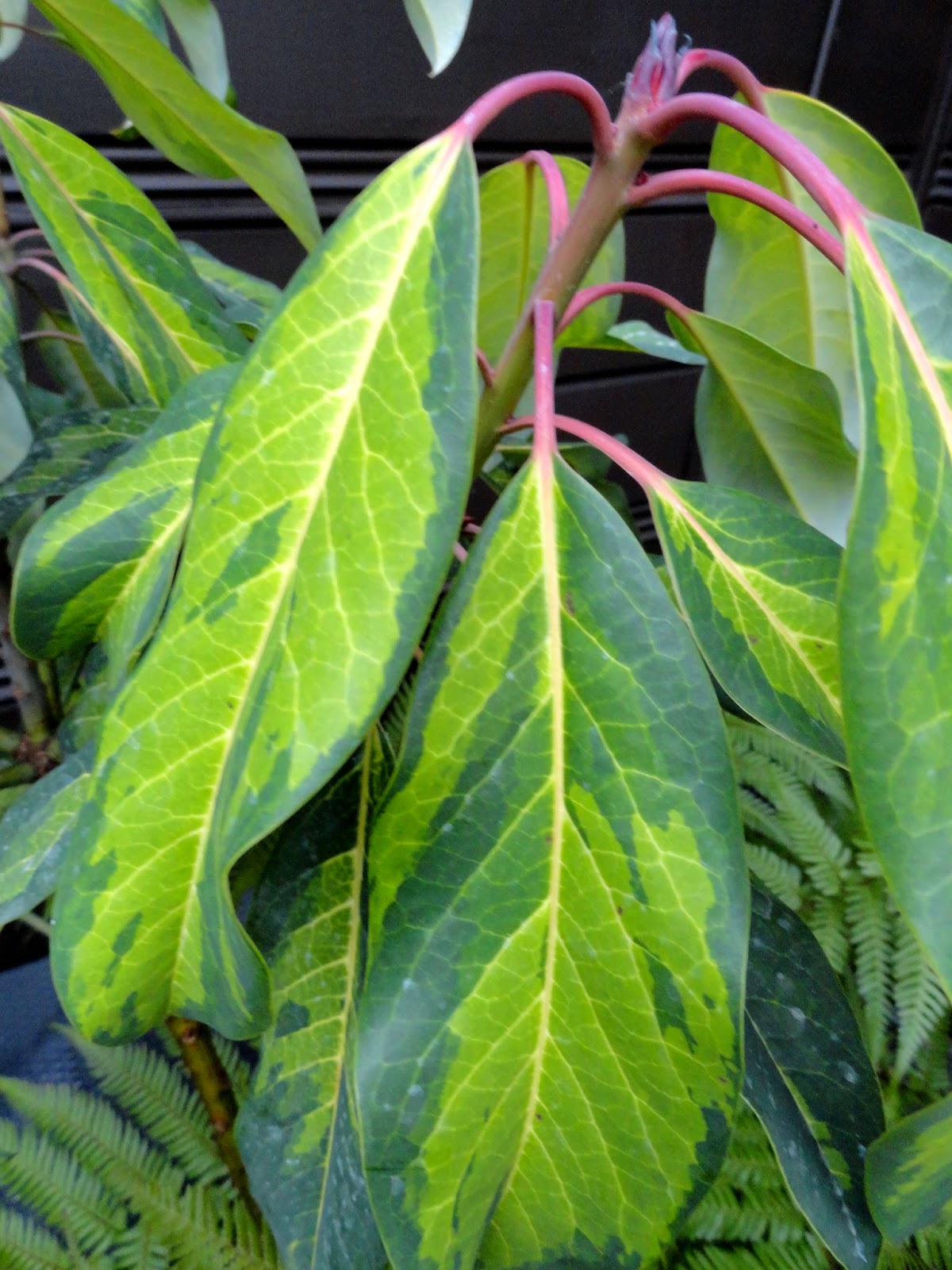