One of my first few dozen or so posts when I started this blog in 2009 was about a neighbor’s opuntia. In an attempt to straighten them up from their limp, folded-over, winter posture she tied them up, I called it cactus bondage. Evidently she knew what she was doing because it worked. In the last 4 years that container of pads has grown and grown. So much so the owner hacked back its twin last spring. I guess one huge mass of opuntia in a parking strip was enough for her. I’ve been watching this plant slowly deflate in our cold temperatures, bending over further and further. Up until now it had remained intact, today a pair of pads broke off. 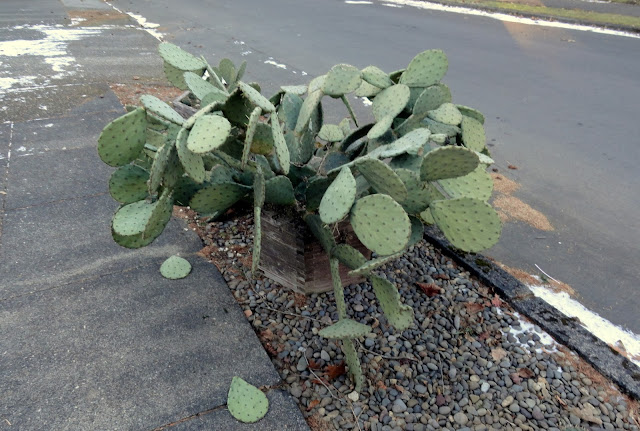 I guess those are two more pads for me! As I’ve mentioned before this particular patch of opuntia is where I got my first pads, and has gone on to supply even more for my garden, as well as many I’ve given away to friends. None of my plants are as tall as these, and I’ve been watching them as an indicator of how my plants are feeling about the temperatures. 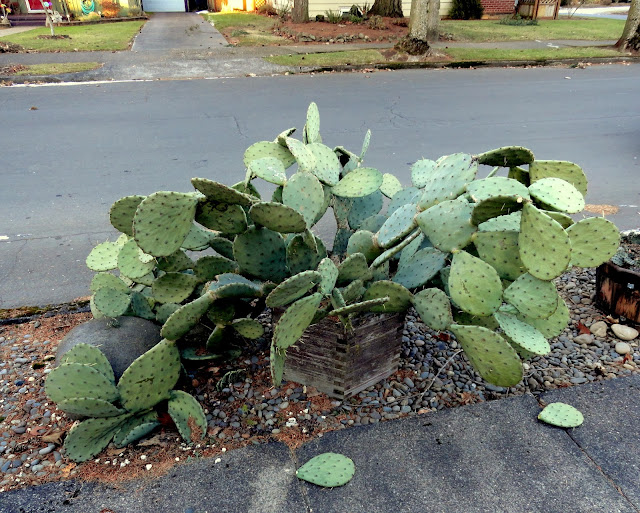 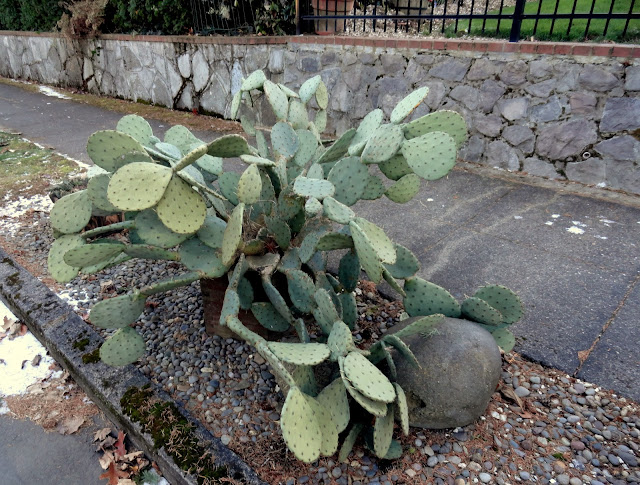 The pads even look frozen (the multi-colored appearance), although it is very hard to see in a photo. The fallen pieces we took home (I do have a standing agreement with the owner to pick up any pads that fall from the mother plant) were so heavy and solid, I just couldn’t leave them outside. They defrosted on the kitchen counter. Who knows if I did the right thing, but I guess I wanted to treat them as insurance for a spiky future, just in case. 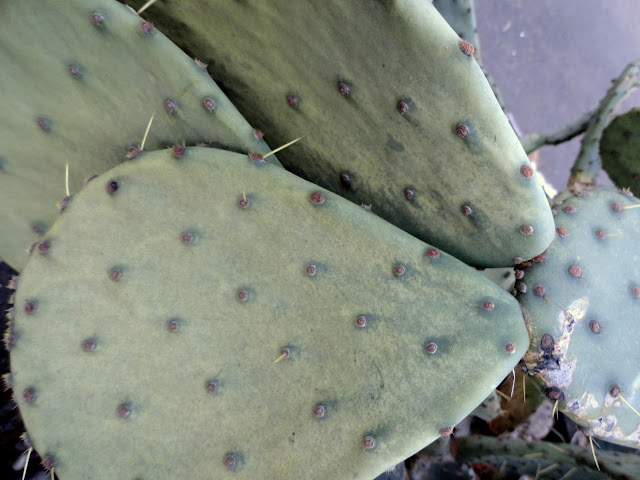 Labels: on the sidewalk, Opuntia, weather