Garden Blogger's Bloomday in the dead of winter, December 2013... 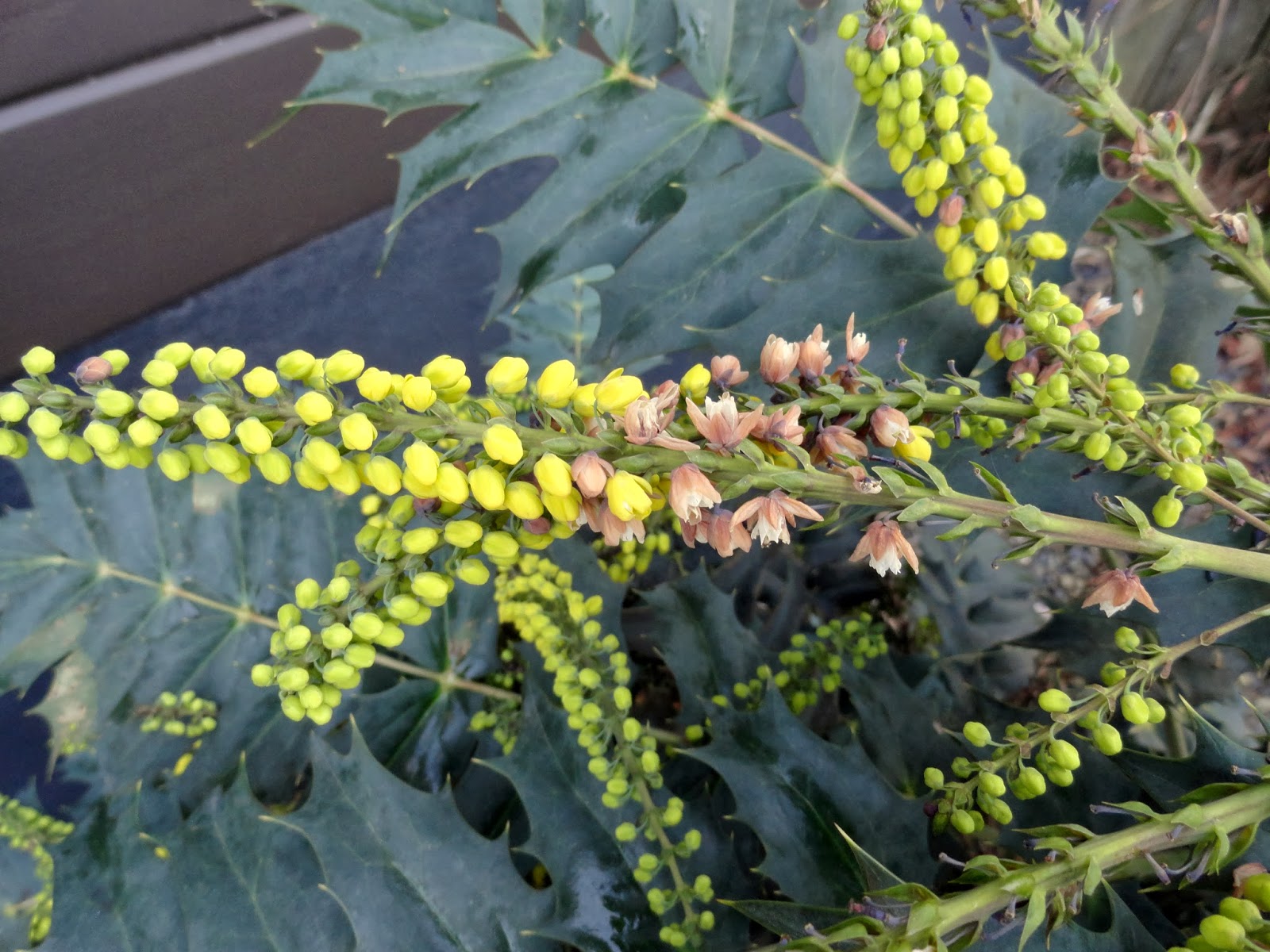 If last week at this time someone would've told me I'd have flowers to share for Bloomday I would have laughed at them. But I do! Mahonia x media 'Charity' didn't even miss a beat after freezing for a week and a low of 12.7F... 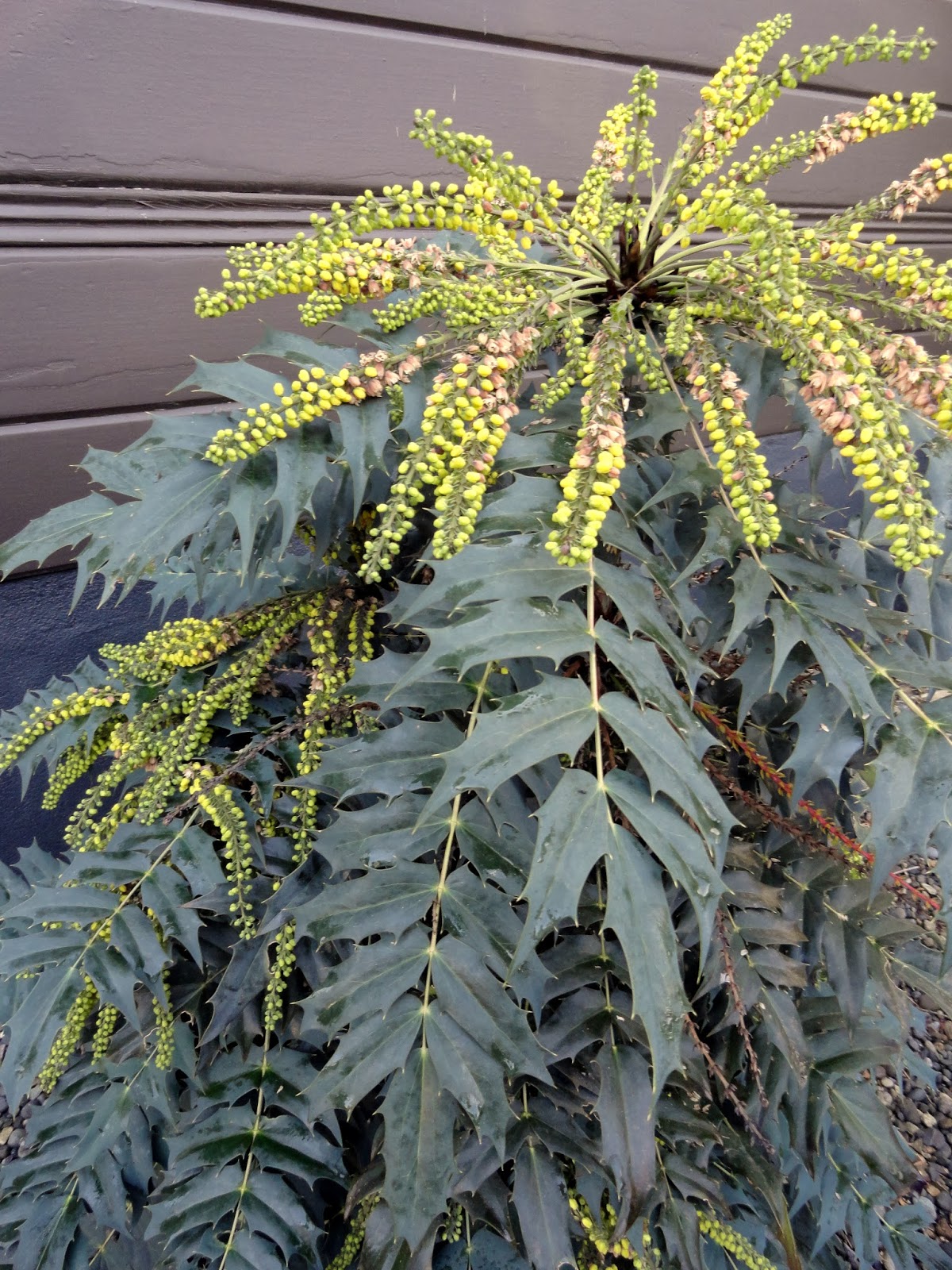 I did wrap a sheet around this Grevillea victoriae 'Murray Queen' (one of only two Grevillea to get any protection). 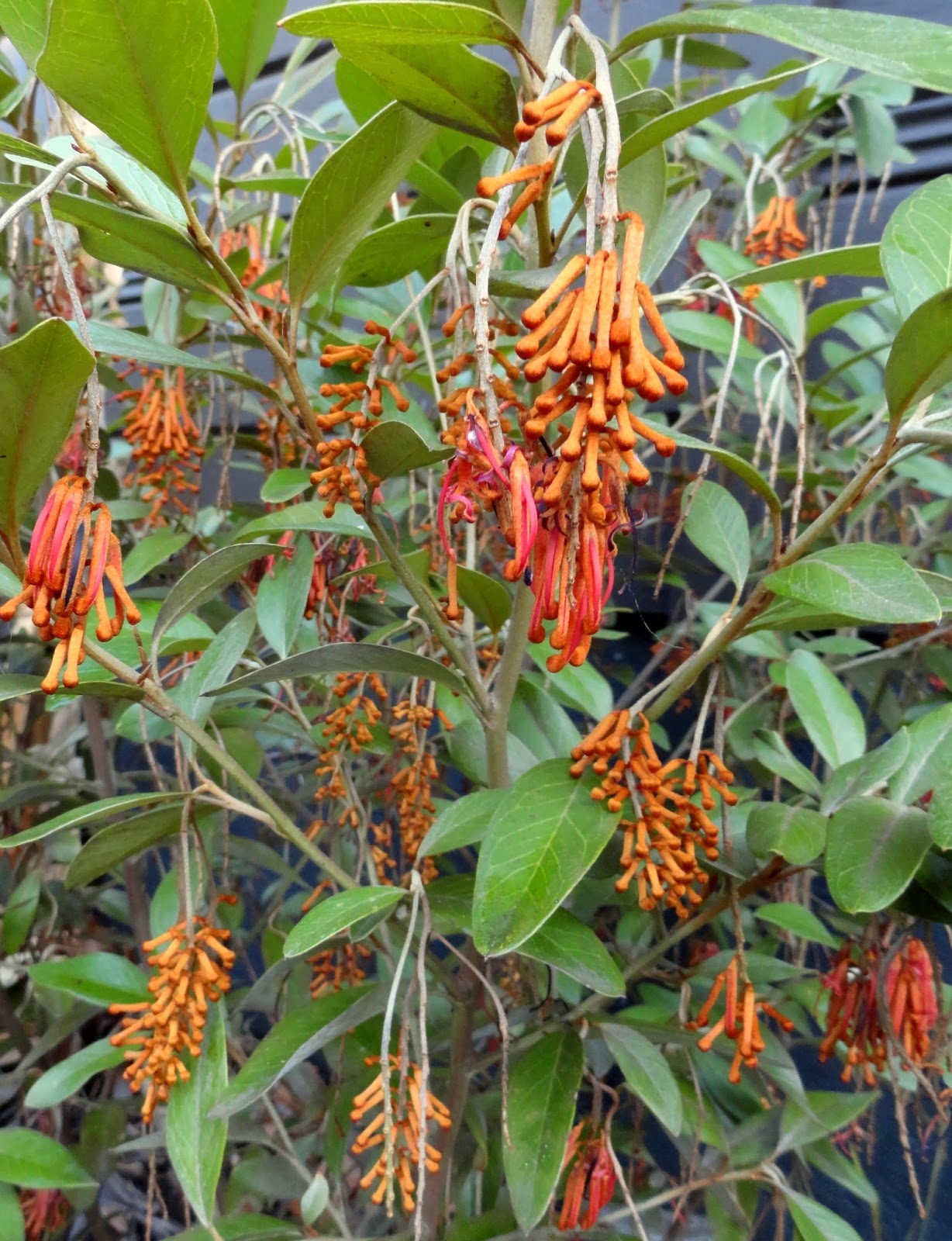 I can't believe it looks exactly the same as before the chill. 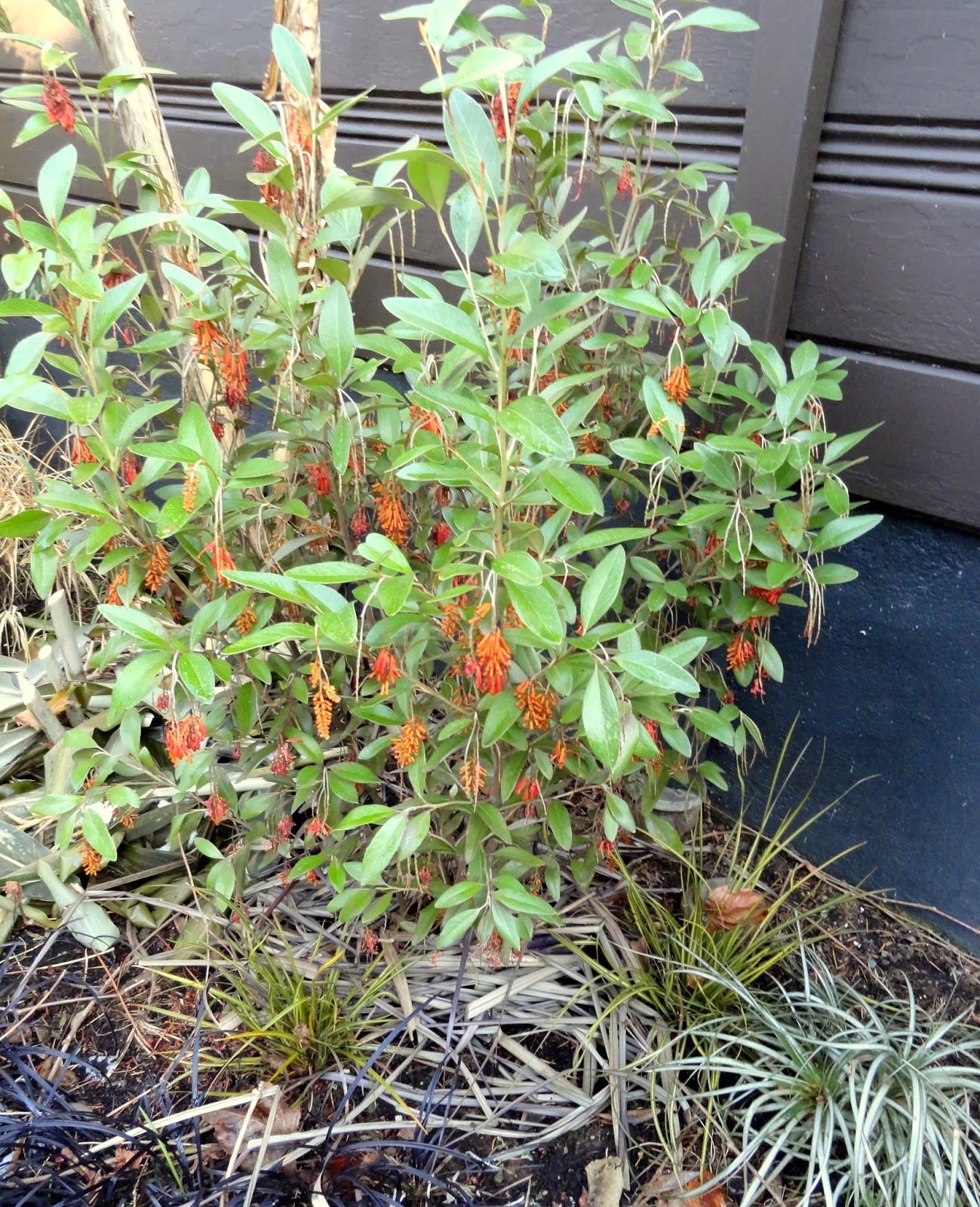 Not such a happy story for the Fatsia japonica. Its flowers were nipped. This is a sad blow for the birds who normally snack on this thing for weeks. 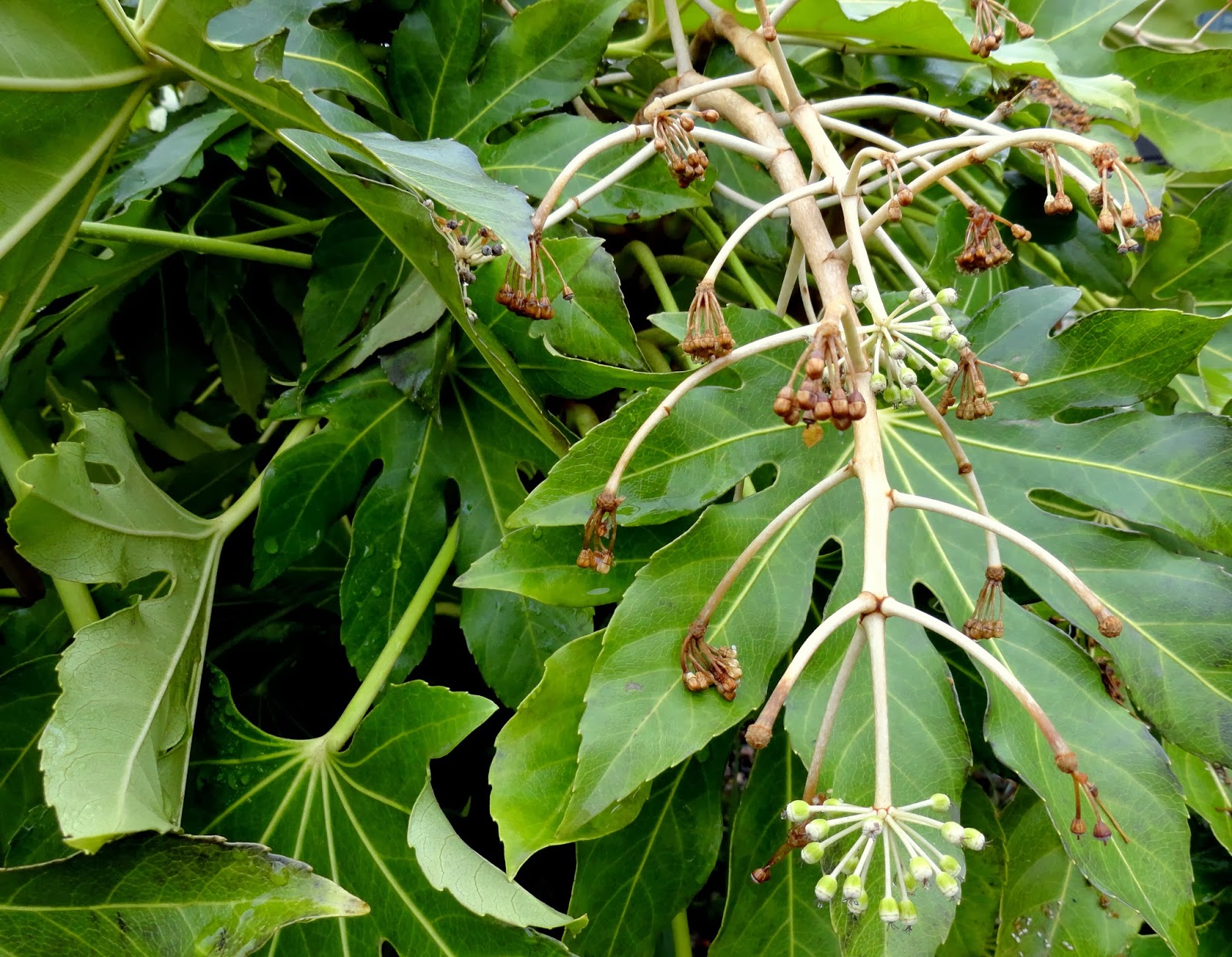 Purchased a couple weeks before the cold hit, this Loropetalum chinense var. rubrum was stuck in the basement for a week (still in it's nursery pot and taking up too much valuable space in the greenhouse), it rewarded me with a bloom! 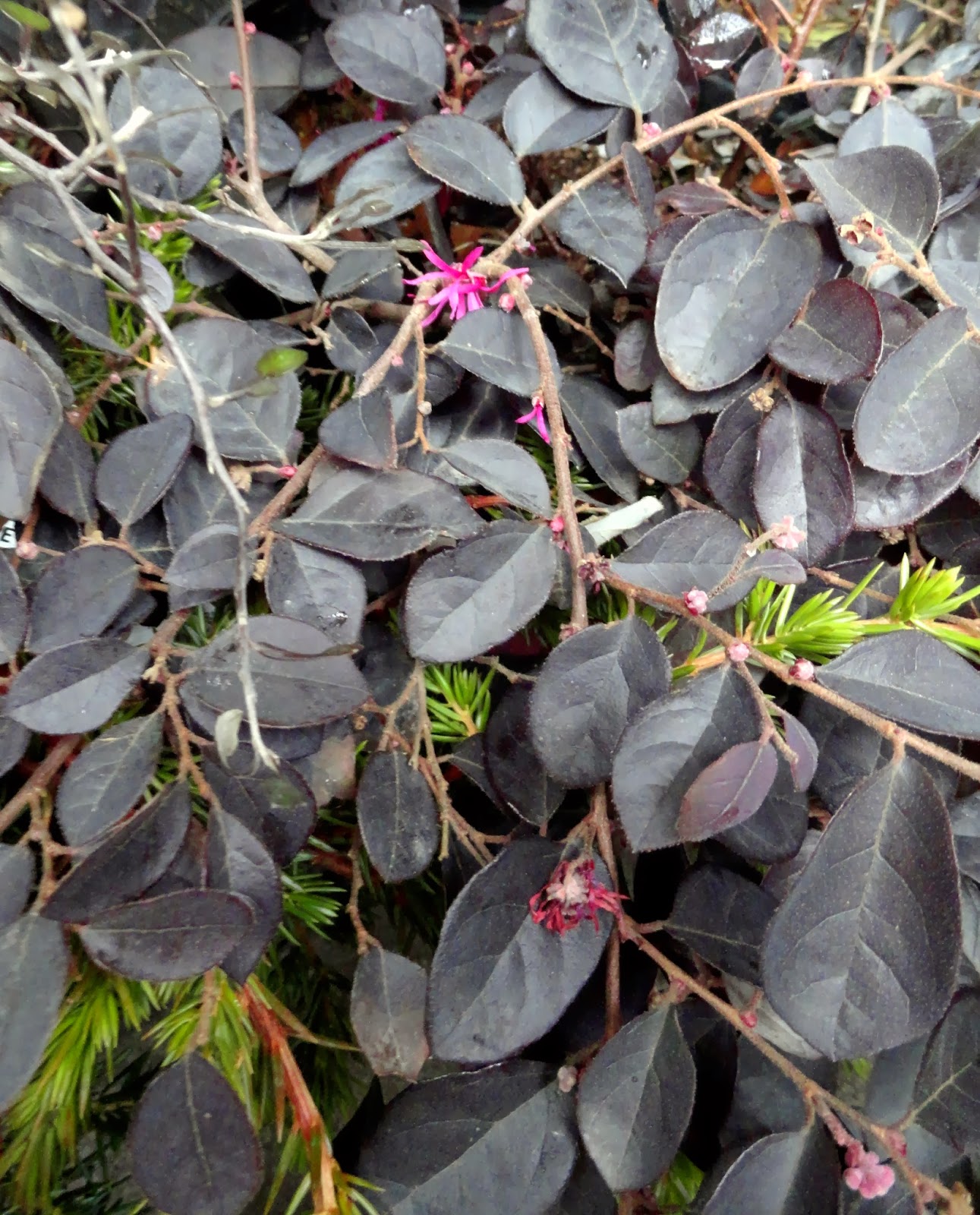 Likewise basement bound (but now back out in the greenhouse) my Acacia baileyana 'Purpurea' is blooming too! 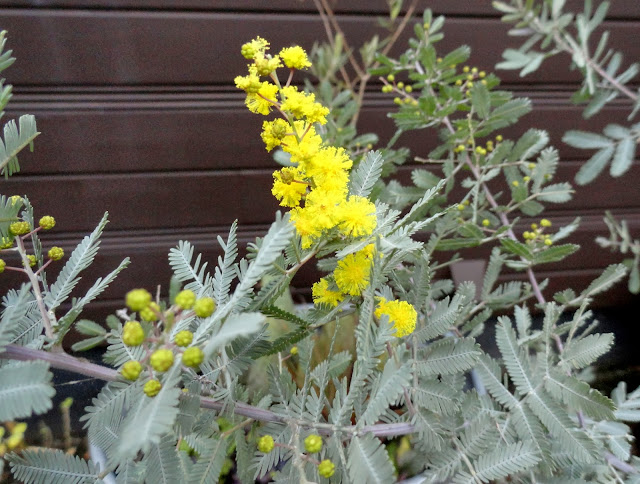 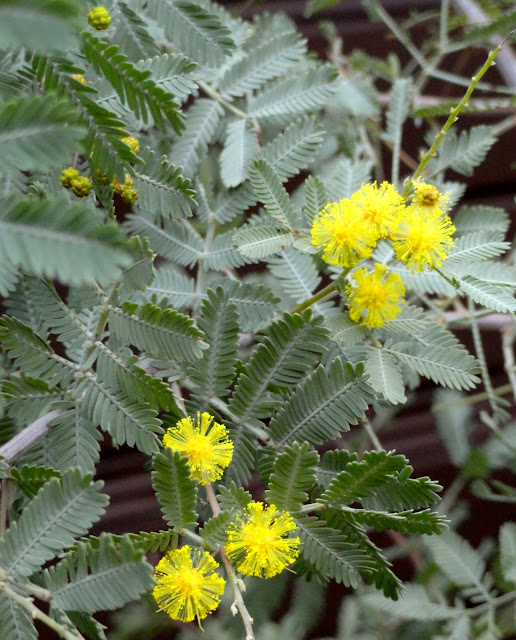 I thought the dried up blooms of the Hakonechloa grass against our dark foundation were rather picturesque. 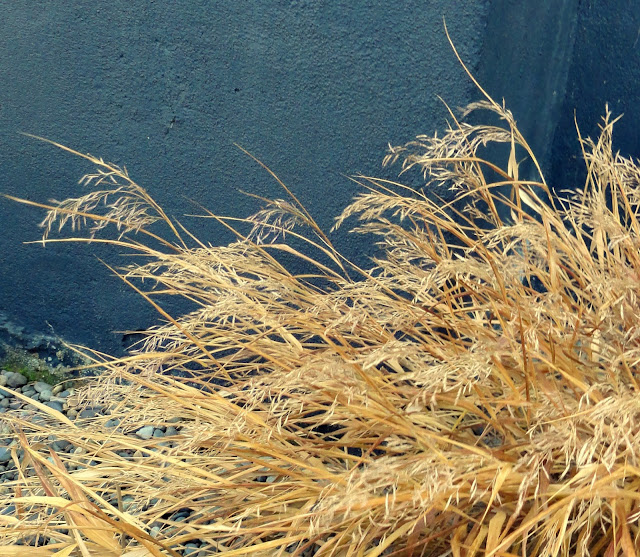 And even though this Arctostaphylos x 'Austin Griffiths' is dropping a few leaves (as a reaction to the cold?) it's flower buds hang on... 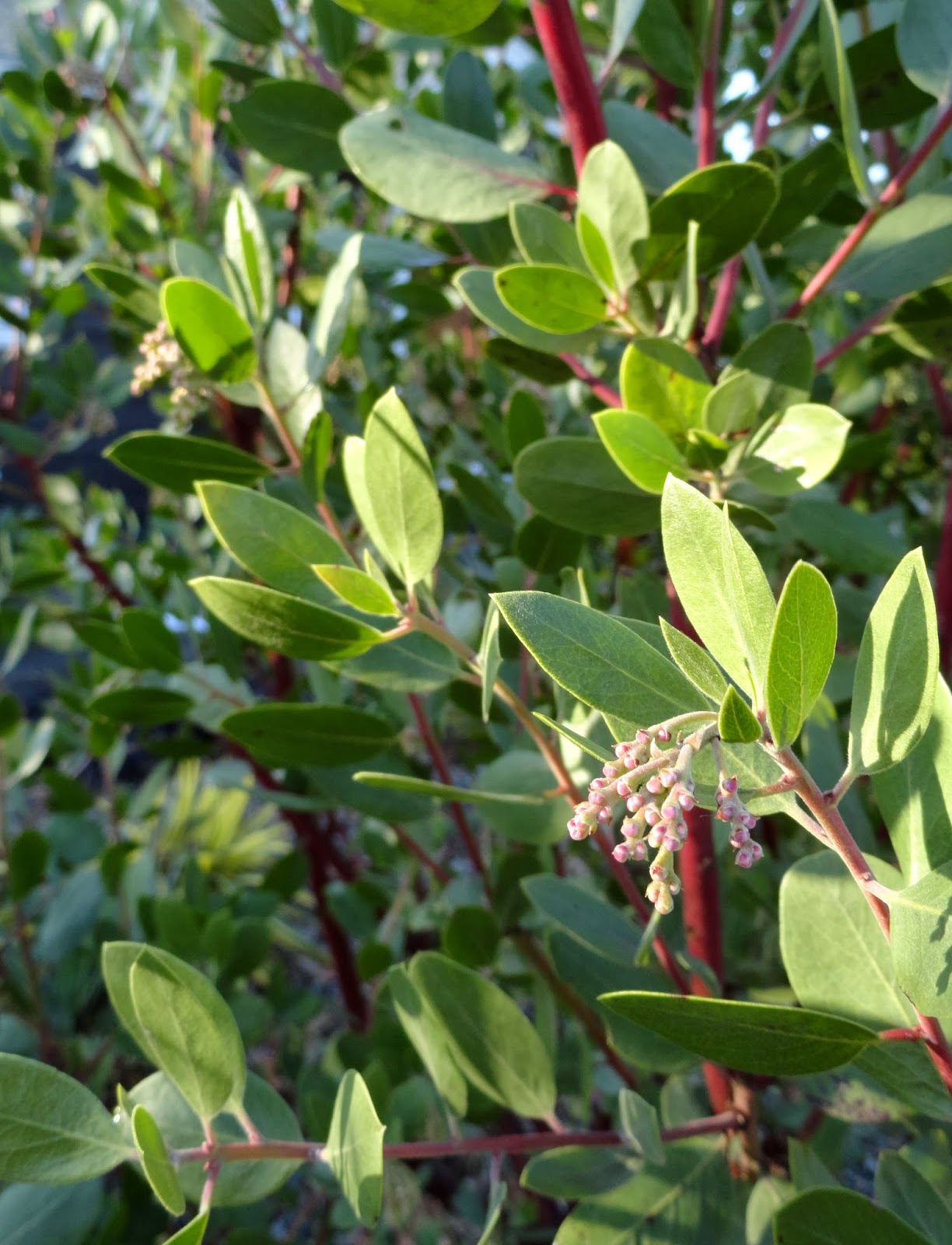 As always Bloomday is hosted by Carol at May Dreams Gardens, I wonder what other gardeners have blooming in December?