Mr Big, he’s my favorite plant in the garden – this week…

Mr. Big is an Agave Americana ‘Variegata’ and he is a survivor. I bought him at Rare Plant Research in 2007. 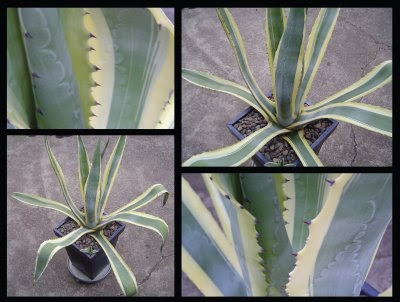 He pre-dates the shade pavilion greenhouse (spg) and spent his first couple of winters staying dry in our unheated, detached garage. I’d open the door on dry weekends and wheel him out for a few hours of light (there is only a small window in the garage, on the north side of the building). He spent summer vacations on the patio... 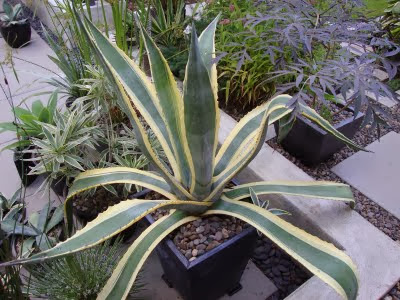 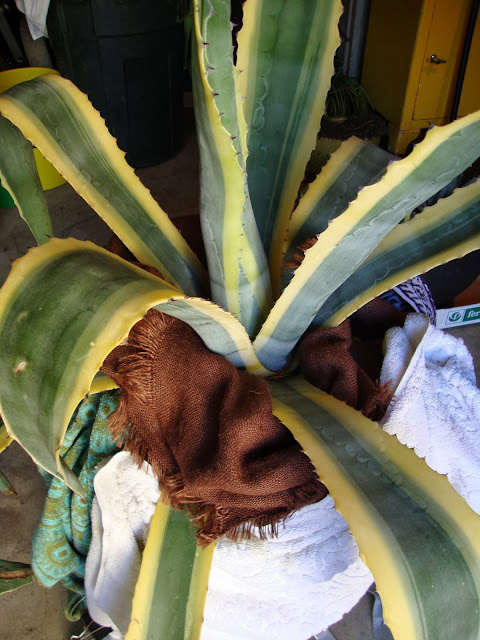 I took these photos the day we started to warm up from that week-long deep freeze, his arms were sort of glowing as they defrosted... 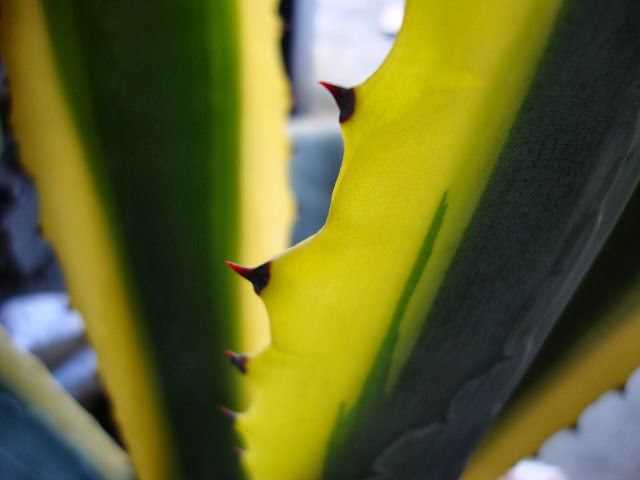 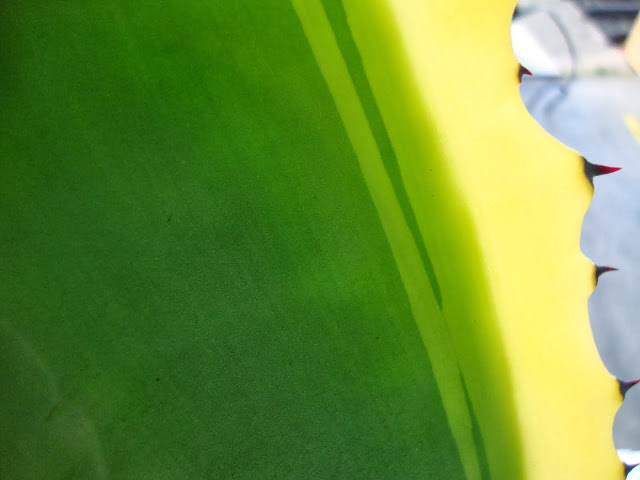 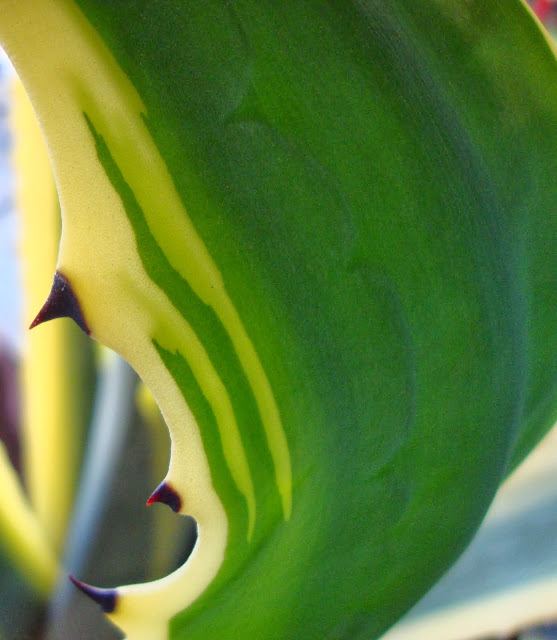 Here he is after moving into the new winter digs the first year of the spg (2010), as you can see an amputation was about to occur to that arm on the left. 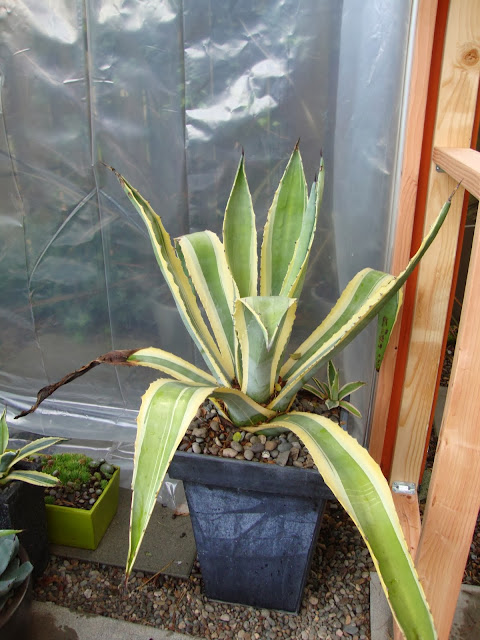 So enough of the trip down memory lane. Here’s Mr. Big today, or well - a couple of days ago, as you can see his form has changed a little over the years. He’s still my biggest agave but instead of the log twisty arms one usually sees on an Agave Americana ‘Variegata’ he’s developed shorter wider arms. 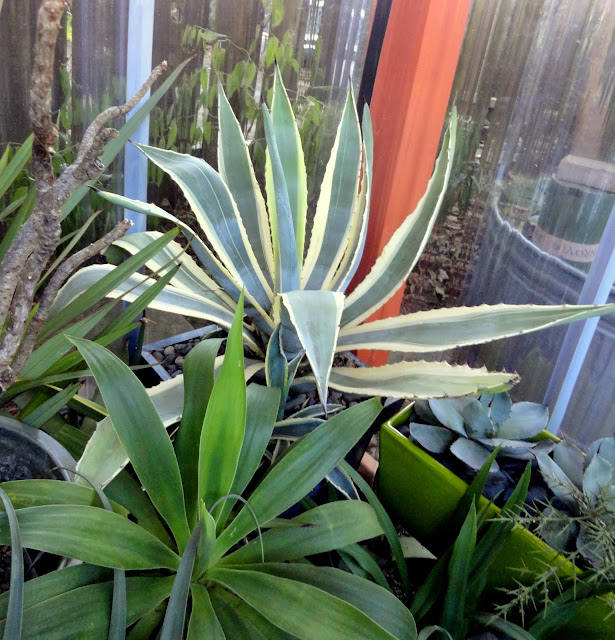 Agave Americana ‘Variegata’ aren’t known for being particularly cold hardy, and the ones I’ve grown in the ground suffer from the cold and wet of our winters. However Mr. Big has managed to survive through it all and now gets to winter-over in the relatively desert-like dry and warm sp greenhouse. Here we’re peaking in through the back wall of the spg (that's why the pictures are so hazy), which in its new form has been running a good 20 degrees warmer than the outside air during the cold-snap (of course that’s with a small space heater running pretty much non-stop once the outside temp dropped below freezing). 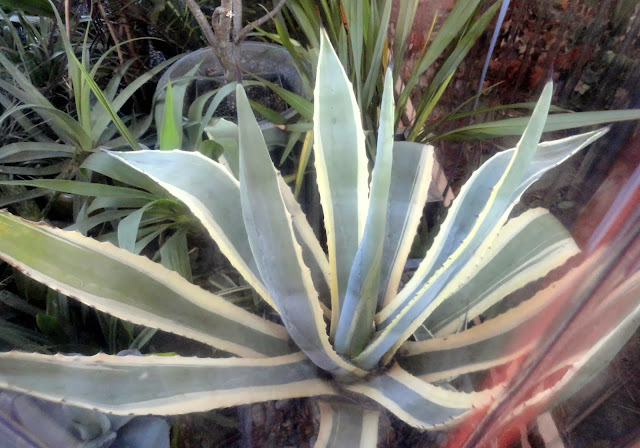 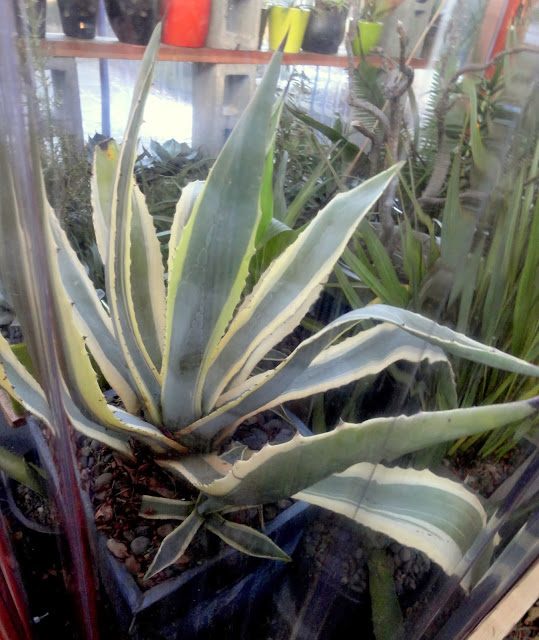 I’ve promised Mr. Big a root-pruning and a new orange container come spring, I'll also remove the 4 pups he's produced. I won’t lie I’m not looking forward to the job, it’s gonna be painful. Oh, which reminds me of this patch of A. Americana ‘Variegata’ I found in Fillmore, CA. The owner of the shop behind the agaves said he liked them because they provided a natural security system. Nobody is dumb enough to climb through a patch of spiky agaves, hopefully. 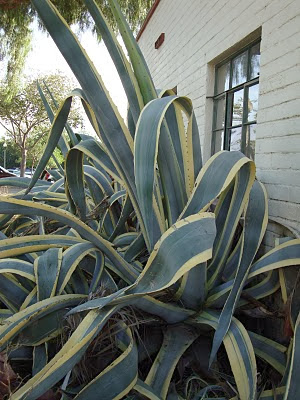