It’s about time I featured an agave don’t you think? Well ‘JC Raulston’ has definitely earned the privilege. This particular plant… 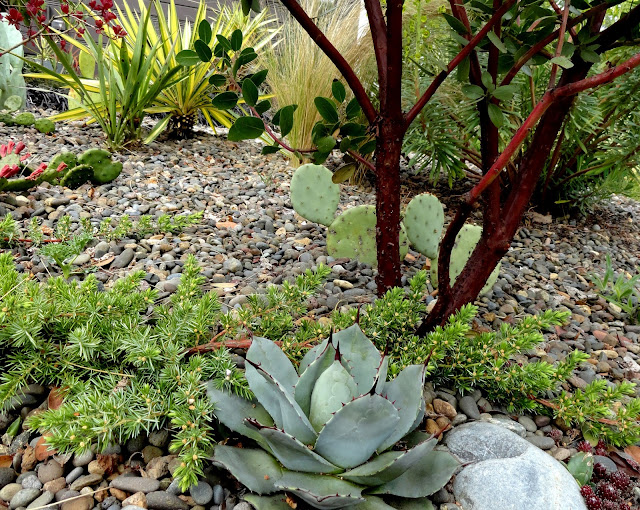 Has been in my garden for two years now, that’s two wet winters without any damage at all. 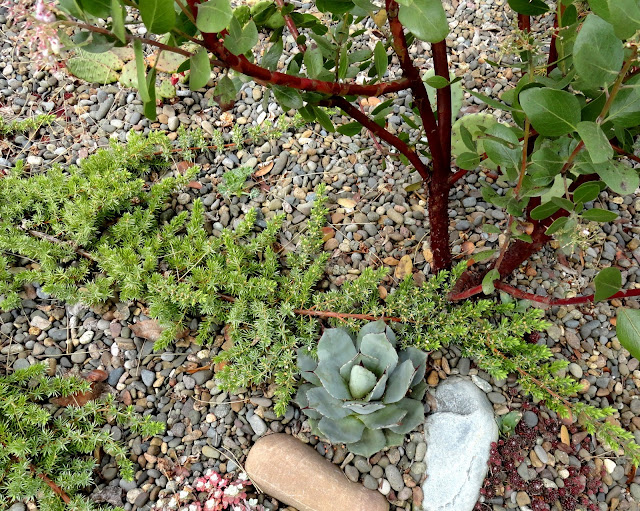 It is simply perfect. 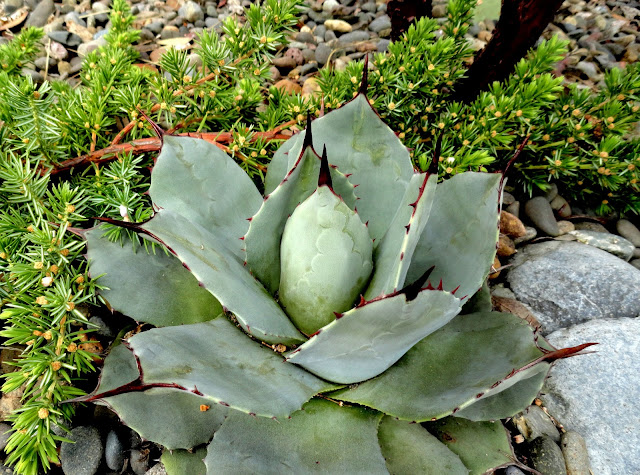 Pictured below is my second ‘JC’ planted last spring in a space vacated by a less suitable agave (it turned to mush). This one has grown significantly, easily out-sizing its older brother. 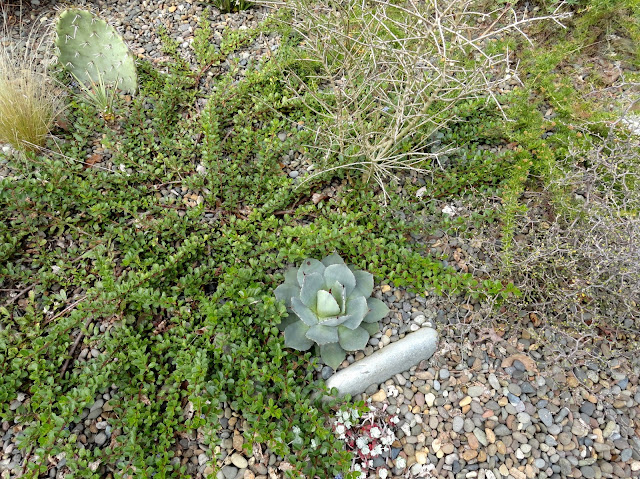 As if just to prove these plants are alive and not plastic this one has developed a bit of a blemish over the winter. 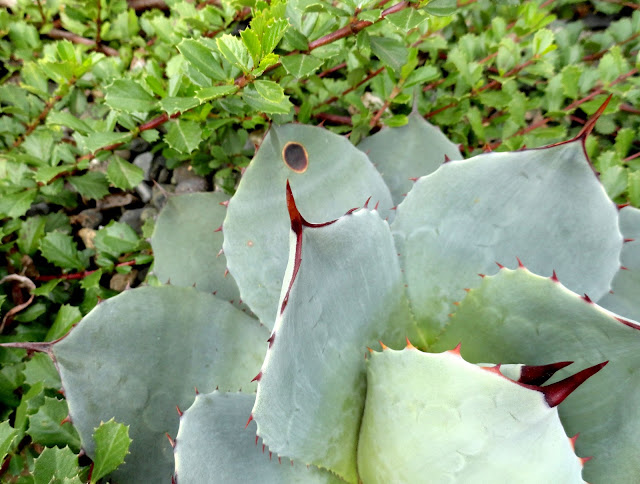 Still its beauty is unchanged in my eyes. 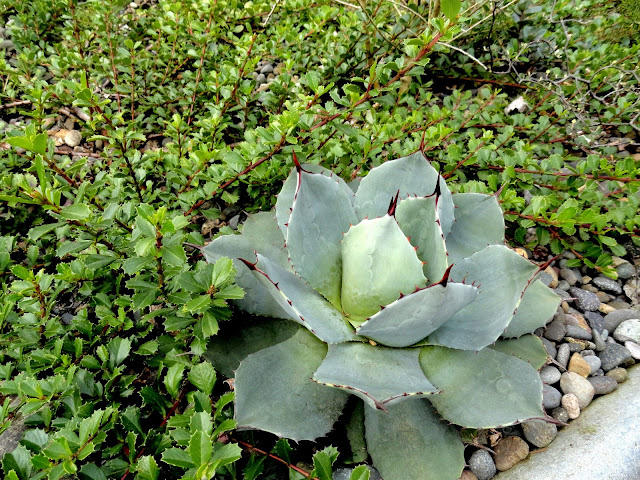 When I first discovered this clone the description from Plant Delights Nursery was what convinced me to buy: "We've grown Agave parryi from all along its native range, but the best clone is still the one growing at the JC Raulston Arboretum in NC. We tracked this clone back to a plant that came from J.C.'s 1979 trip to California's Strybing Arboretum. Strybing obtained their plant from California professor Jack Napton in 1971. This special clone forms large symmetrical 2' tall x 3' wide rosettes that seem particularly well-adapted to winters in wet, humid climates. It is slow to offset compared with many forms, which makes propagation more of a challenge. This clone needed a name and we could not think of anything better than to name it after the late Dr. J.C. Raulston."

Yes “particularly well-adapted to winters in wet...climates.” is what sold me. What I don’t understand is the part about being slow to offset. The oldest one has freely pupped in the ground and I separated these as tiny offsets before I planted the second one. 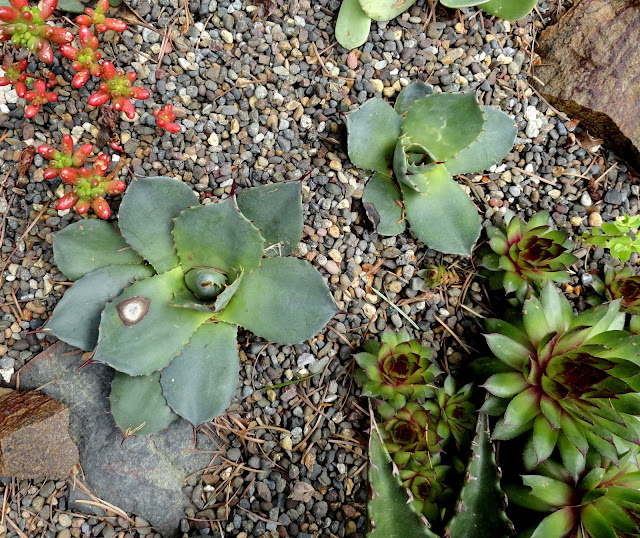 I should confess that when I went back to The Gardener’s Choice to buy that Ligularia 'Osiris Cafe Noir' (you knew I was going to), they were having a “buy one get one free” sale on all agaves. How could I say no? Now I’ve got two more JC’s to play with…and there are pups! 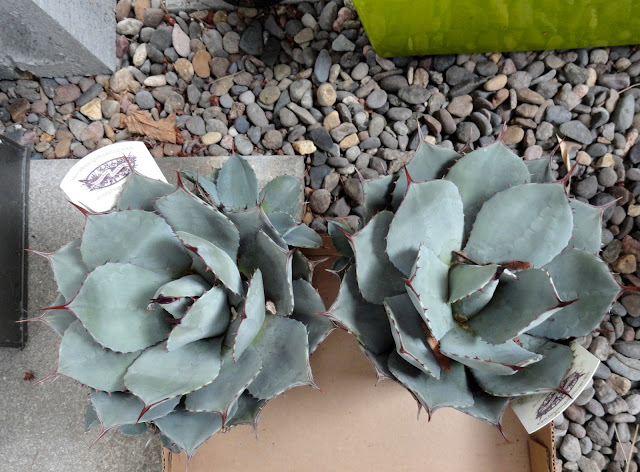 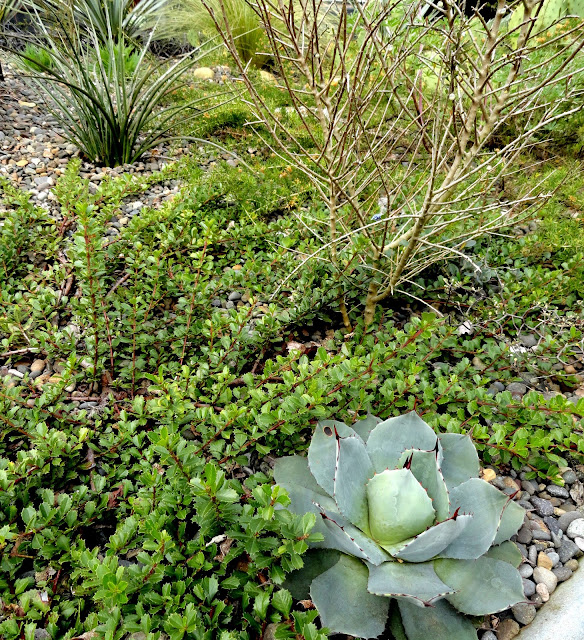