Stachyurus salicifolius; my favorite plant in the garden this week… 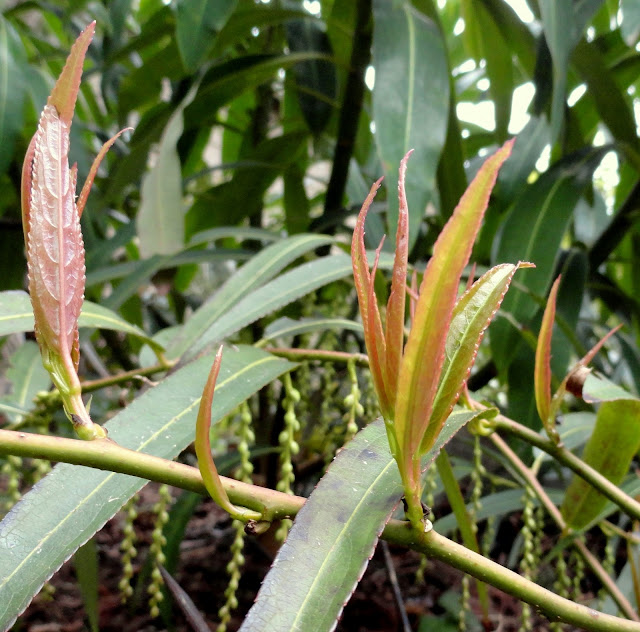 This week’s fav plant suffers from my inability to focus. I wanted to showcase the new foliage, but then realized the rest of the world probably wanted to see the blooms. Thus I didn’t get a really great photo of either, but Stachyurus salicifolius really is a cool plant! 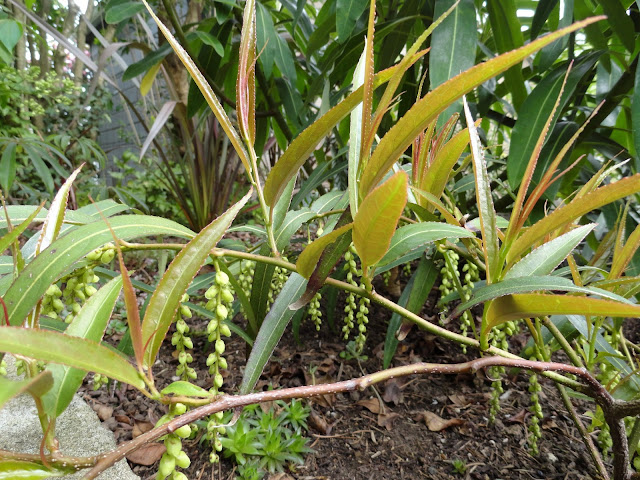 I’ve arranged these photos by date. The one at the top was taken on March 25th (I’ve been wanting to feature this plant for awhile) and the last pair on April 10th. That way you can see how it’s changed over a couple of weeks. 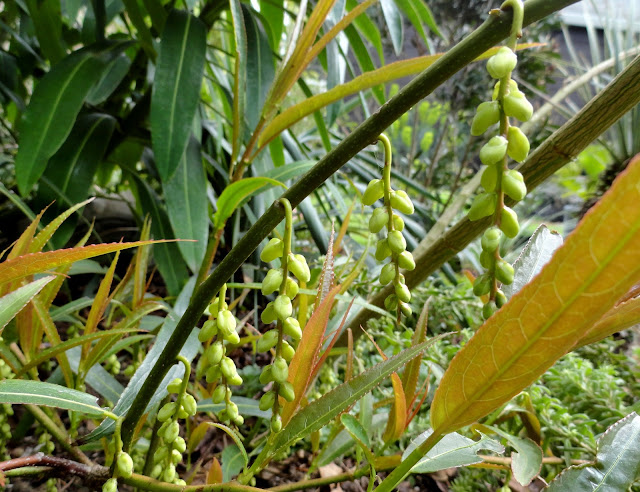 I first discovered this plant when I saw it at Molbak’s and Swanson’s Nursery in 2011 up in Seattle, it was July so all about the foliage, the blooms were long gone. The fact that it was called Willow-leaf Stachyurus helped, I have a soft spot for willows. 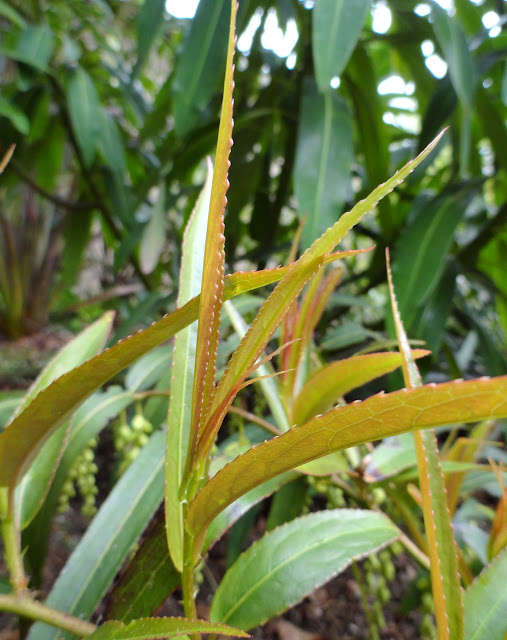 I bought mine later at Cistus, in a small (square, they seem smaller than the round ones) 1-gallon. Not sure exactly where to plant it, I stuck it in a container (my consistent answer to that question). It finally it went in the ground about this time last spring. 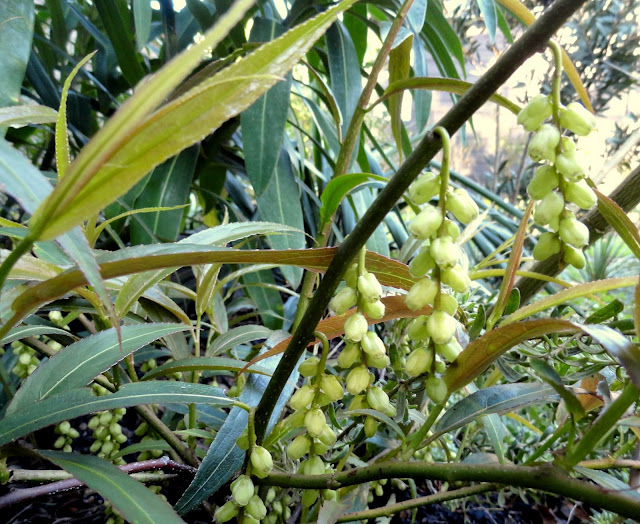 Here’s what the folks at Cistus have to say about it: “Elegant evergreen shrub from China with long and narrow pointed, rain-tipped leaves on arching stems to 6-8' tall x 5-6' wide. In winter pendulous chains of white-to-greenish-white blooms tantalize for a long time from bud to bloom. Truly striking year round and wonderful arching out over banks. Morning with afternoon shade, or dappled shade with regular summer water for best performance. Frost hardy in USDA zone 7.” 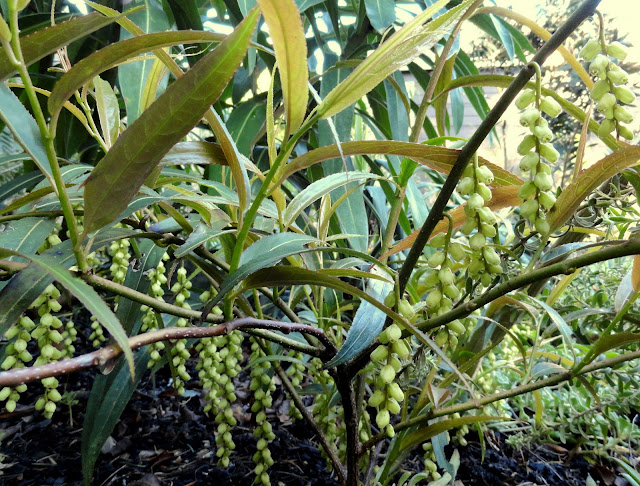 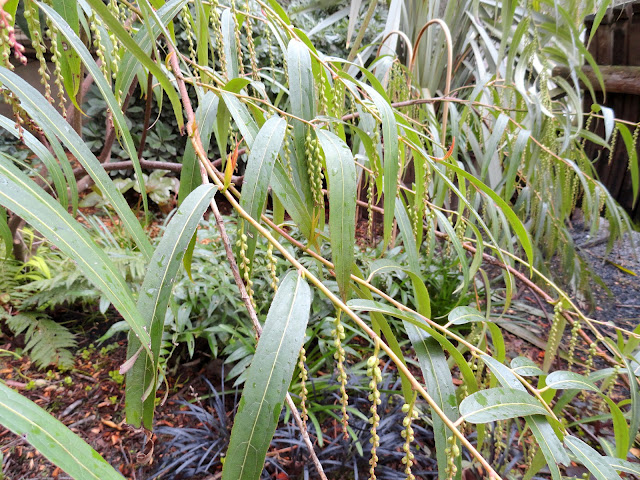 Which appears on plantlust.com is credited to me. I have no idea where I took it, but it really does show off this plant much better than any of the photos I took in my own garden.