So what did she do about that embarrassing Dusty Miller infatuation?

I know a few of you have probably been losing sleep, wondering if I’ve come to my senses and ditched the Dusty Miller (I confessed awhile ago to having bought three plants, after mentioning I was thinking about it). Or maybe instead I've planted them and I’m now proudly growing a favorite plant of tacky suburban gardens everywhere? (whoops, how many people did I just offend with that comment?) 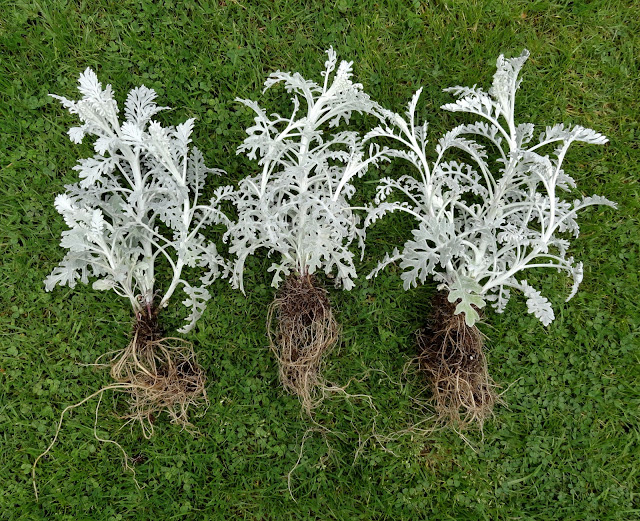 Those poor little plants. I moved them around the garden, trying to find just the spot…but no. I couldn’t make them work, maybe it’s the preponderance of grey days here in the Pacific NW but they looked hopelessly dingy. Time to toss them; or maybe give them to somebody else…or…guerrilla plant them in a friend’s garden and see what they do! (like this one?) 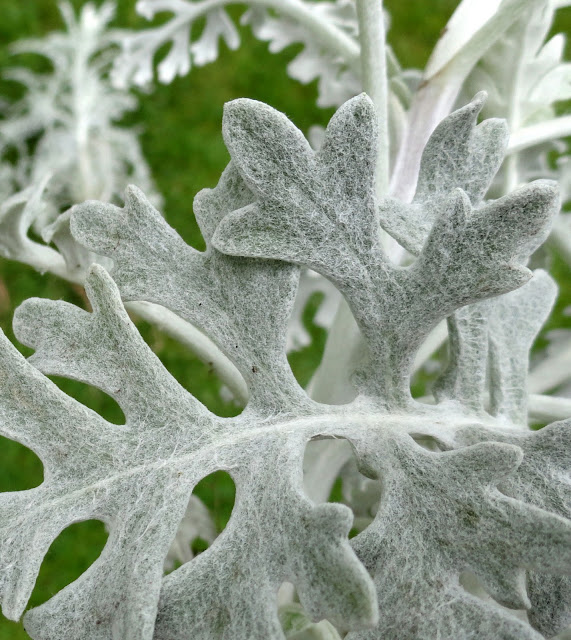 In the end I decided to have a little fun. After all it was seeing Dusty Miller in hip floral arrangements that started me thinking of them in a different way, maybe I should see what I could do? Let me just preface these photos by saying there is a reason floral designers are paid to do what they do…and I am not one of them. I have no illusions of grandeur; I was just having fun… 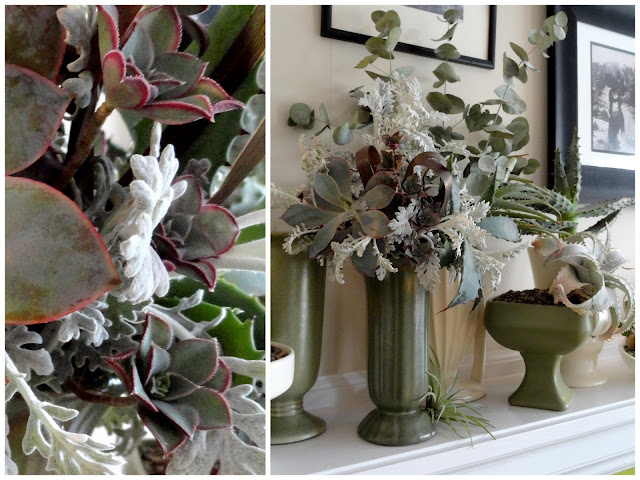 I went with a neutral color scheme because I wanted it to work with my green/grey/white mantle-scape which I’m still not tired of. 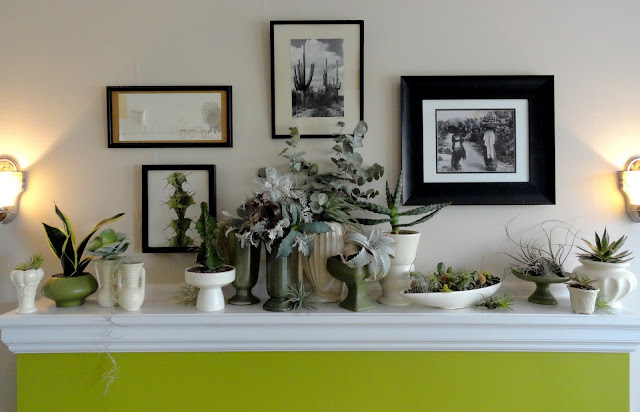 It turned out a little “weddingy”…although I guess most brides don’t carry an agave down the aisle (I wish I would've thought to do that back when Andrew and I were married!). 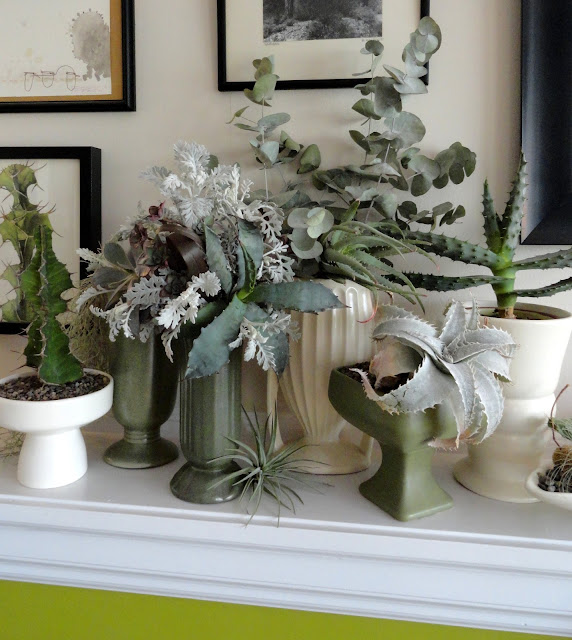 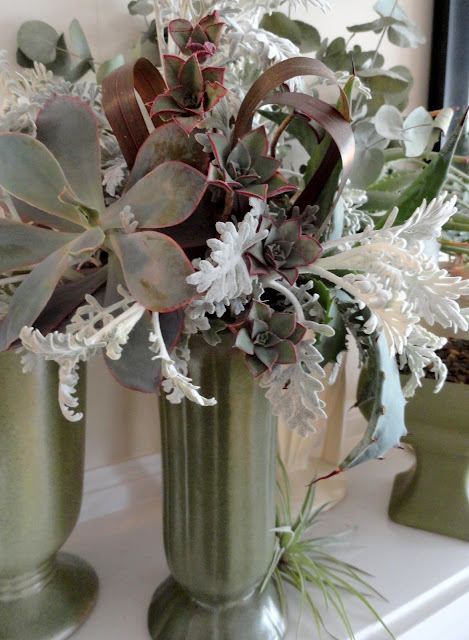 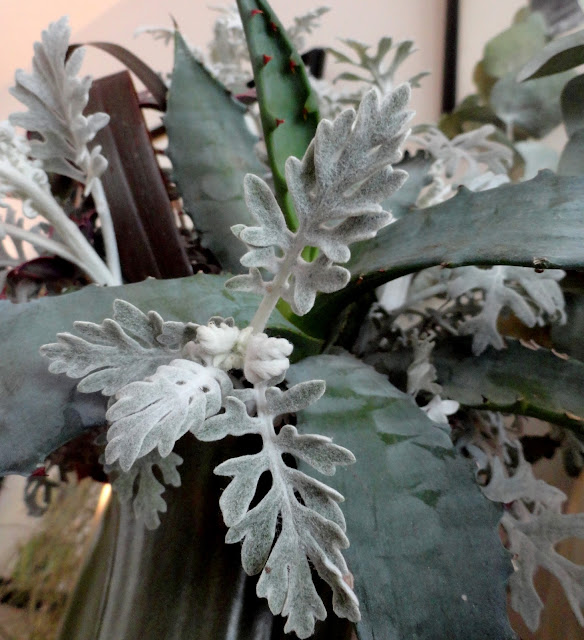 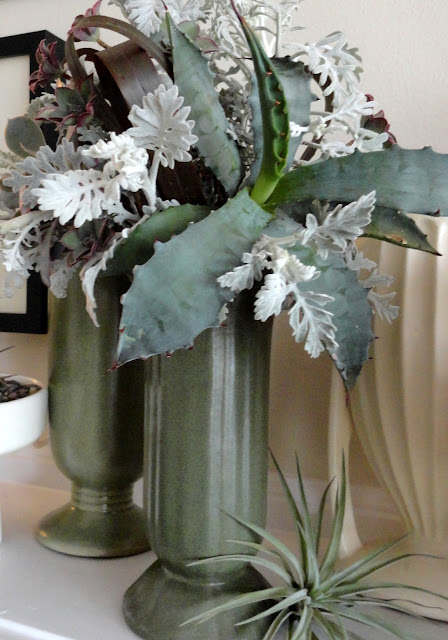 By the way the agave was a gift from Pam, a pup from her Agave colorata which I haven't yet planted up. 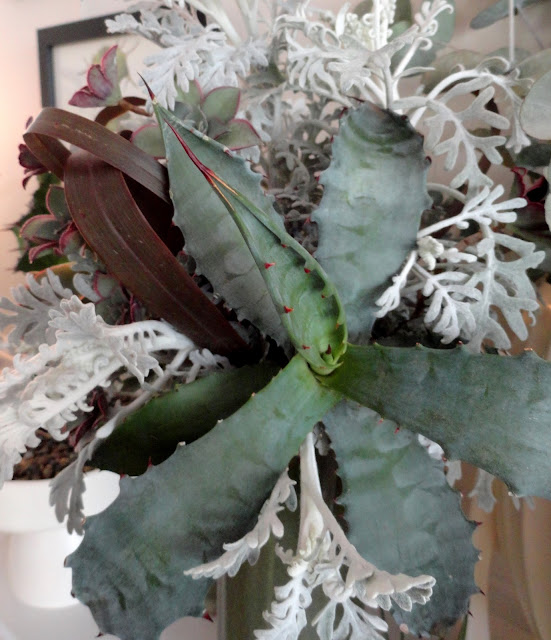 Also from Pam an Aloe 'Blue Elf,' which I couldn’t resist tucking in the (left over from Christmas) eucalyptus in the vase behind. 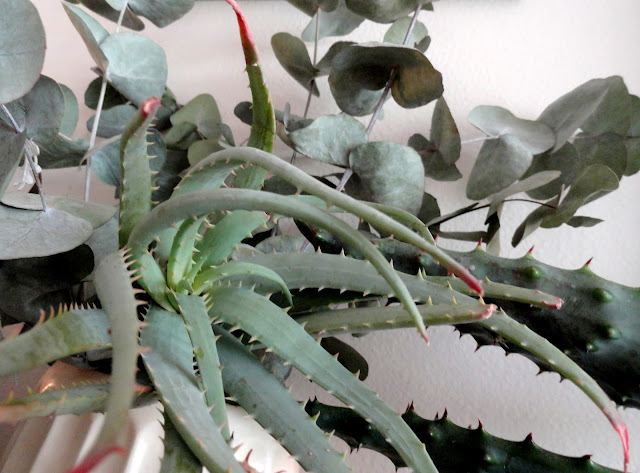 The other succulents are ones from my collection. 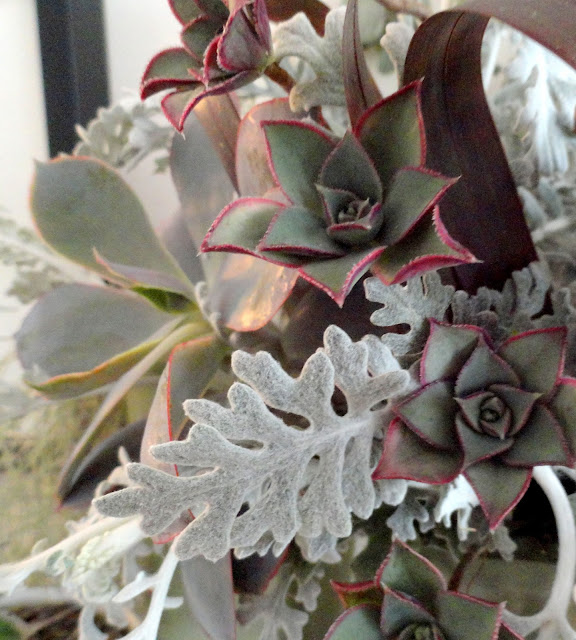 Yikes! I hope I haven't gone and done what Scott referred to as the succulent equivalent of “bedazzling!” Thankfully a few leaves in a vase alone is a nice way to go too… 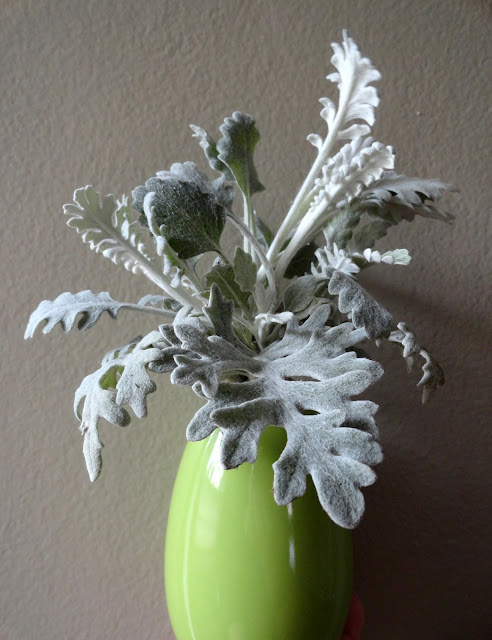 Labels: inside the house