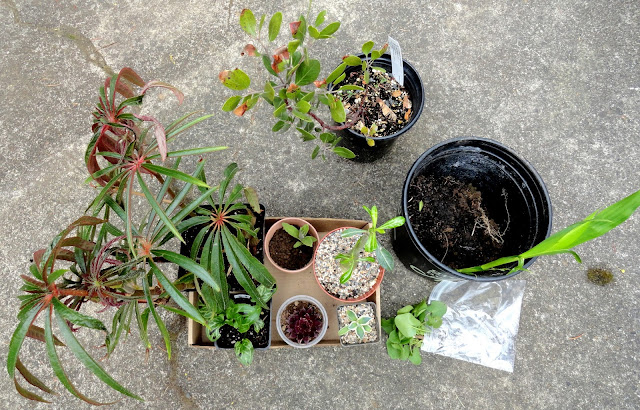 However there is something very different about this one…all these plants were free! We Oregon garden bloggers got together over the weekend for a plant exchange and that’s my haul above, not bad huh? Get together with a bunch of plant nuts and the offerings can be pretty fabulous.

Four of the plants I brought home came from Matthew who blogs at The Lent's Farmer. I posed a question to my fellow bloggers awhile back asking if their Lobelia tupa were showing any signs of life, mine were (and still are) a no show. Matthew's were up and he shared an amazing picture of his plants from last year, they were even blooming (something mine had never done). Now I've got a tiny bit of one of those plants! 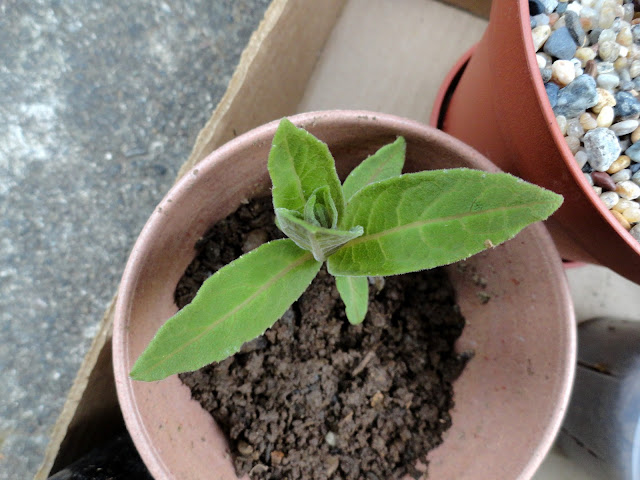 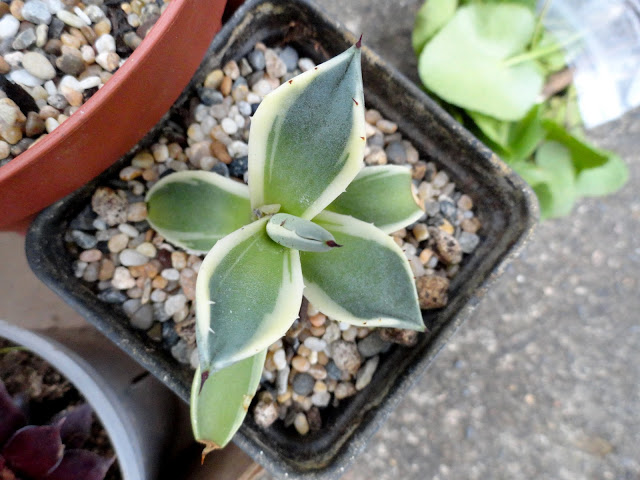 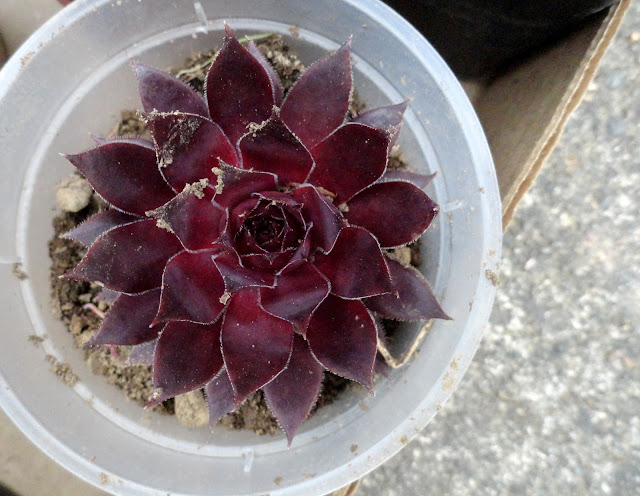 And this! An Adenium obesum (Desert Rose) which he grew from seed! This baby is 4 years old, grown from seed sent from his mom in Florida. 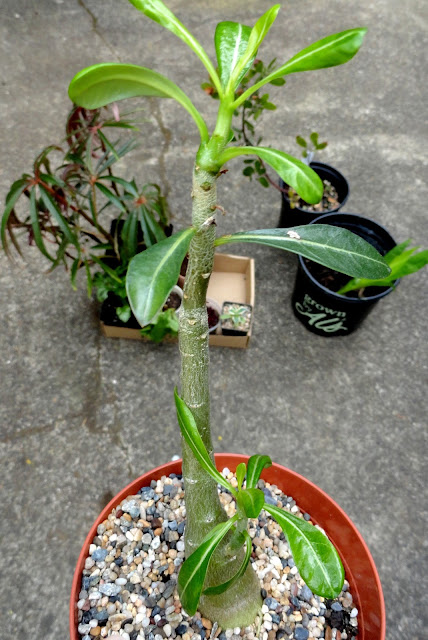 From our hostess for the event, Linda (Whatsitgarden) I scored a handful of Eryngium giganteum ('Miss Wilmott's Ghost') seedlings. So far my seeds haven't produced a thing and I love this plant too much to not have it in the garden. Of course now this means every seed that fell to the ground last summer will be sprouting in about a week. 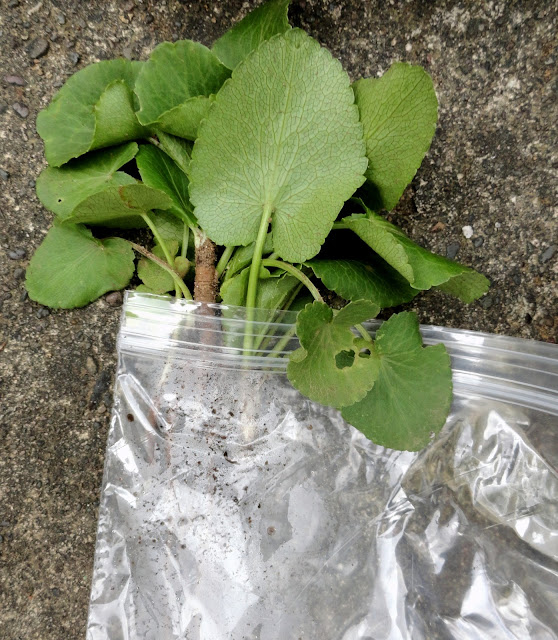 Alison (Bonney Lassie) and Peter (The Outlaw Gardener) from up north (Tacoma area) were honorary Oregonian's for the day and joined in the fun. I got this Arum italicum 'Jack Sprat' from Alison... 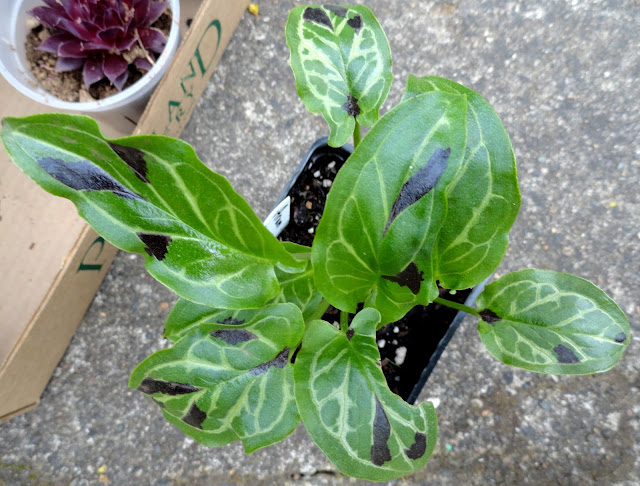 And from Peter a gorgeous Begonia luxurians he grew from rooted cuttings! 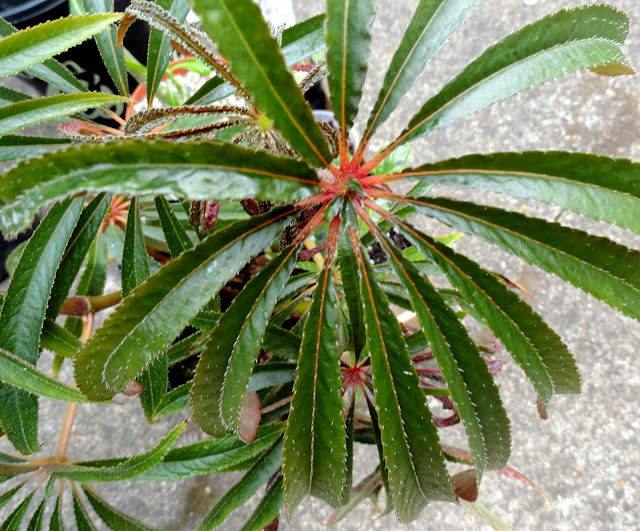 From Anna (The Creative Flux), an Iris confusa. I had no idea what it was until she showed me a photo, then I couldn't grab it fast enough as I've loved this plant for years at the Portland Chinese Garden. 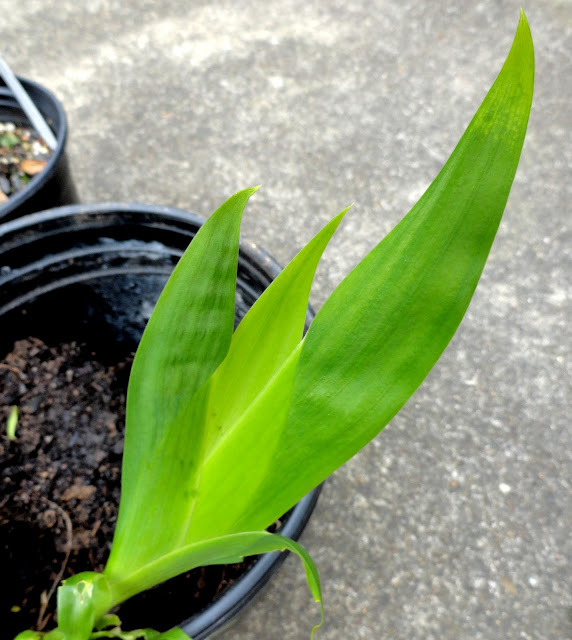 Finally the oddest moment came when I saw a Manzanita with a Cistus tag... 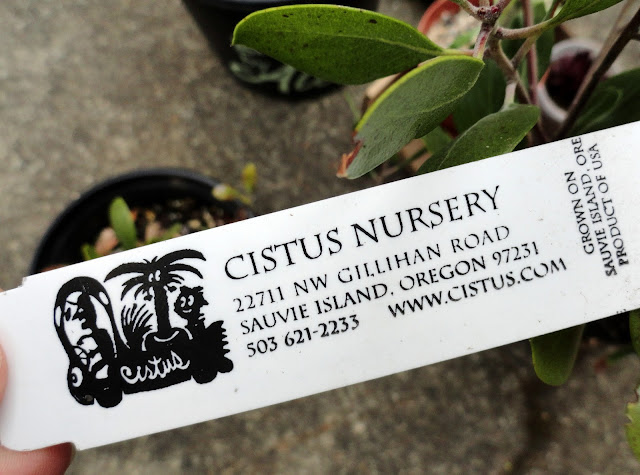 I remarked how crazy it was that someone brought such a thing to a plant swap! That's when Heather (Just a Girl with a Hammer) told the story. Last year when she visited Lisa's garden, she was given this Manzanita... 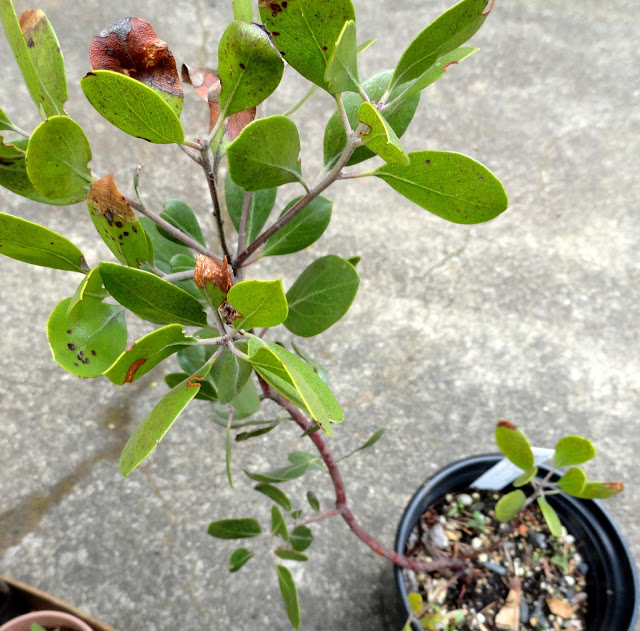 ...as a gift, but had to promise she'd plant it. Lisa said that I'd brought it as a gift when I visited her garden earlier in the summer. Lisa hadn't found a suitable spot for it and was passing it on to Heather. I'd originally been given the plant by Sean Hogan as a tiny rooted cutting, along with another. The other one died, and my passing it on to Lisa was an attempt to keep it from the same fate. I didn't have a spot in my garden where, as such a tiny plant, it could get the sun it needed to thrive. So from Sean, to me, to Lisa, to Heather and now...finally...back to me. Thank you Lisa and Heather for taking such good care of this once tiny plant as it traveled around Portland. You grew it on and potted it up so nicely and I'm very excited to have it back again...plant swaps are the best!