I walked into the back garden the other morning and broke out laughing. The flowers on the two dark leafed Cannas had opened and I was confronted with a collection of orange dots! 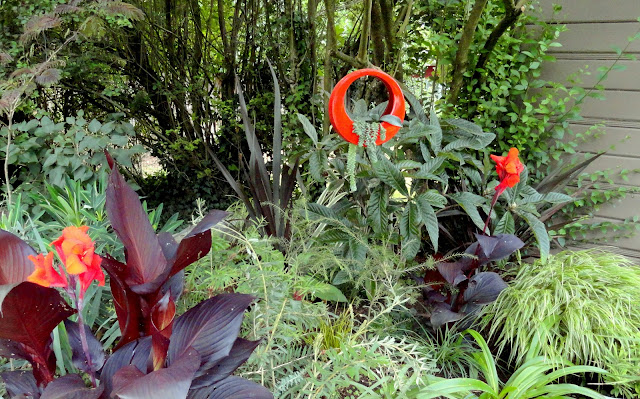 They coordinate so well with the circle pot that it almost looks like I planned it. 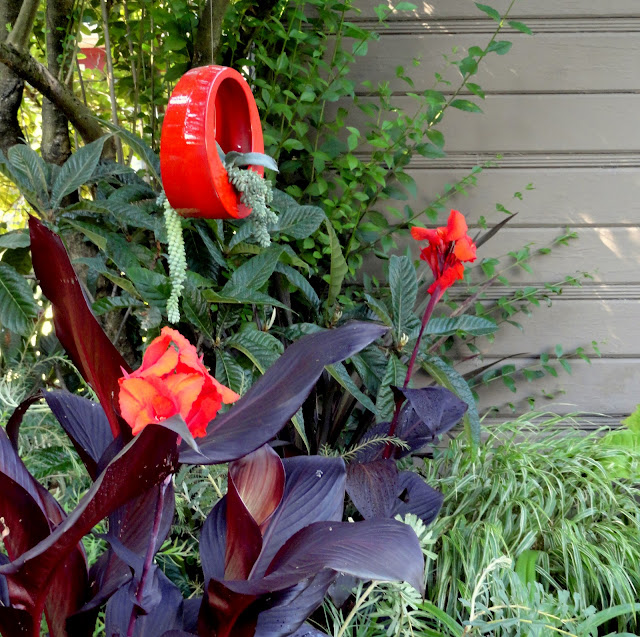 The truth is I just wanted big dark leaves. I paid no attention to what color the flowers were going to be. 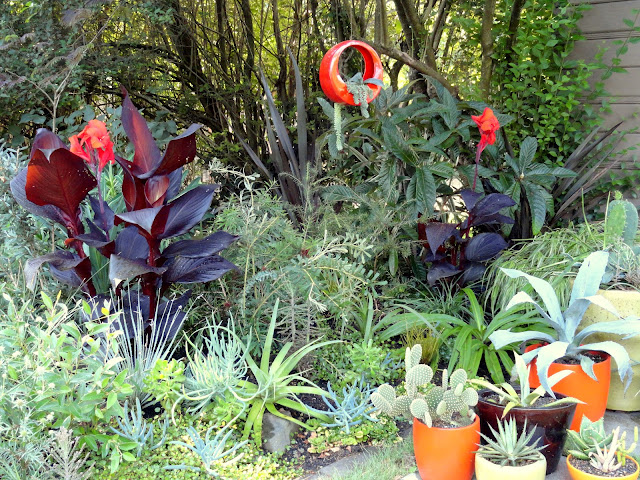 This is a habit with me, buying plants for the foliage and not even looking at the flower color. Usually it results in a horrible combination, when and if the flowers appear. This time I got lucky! 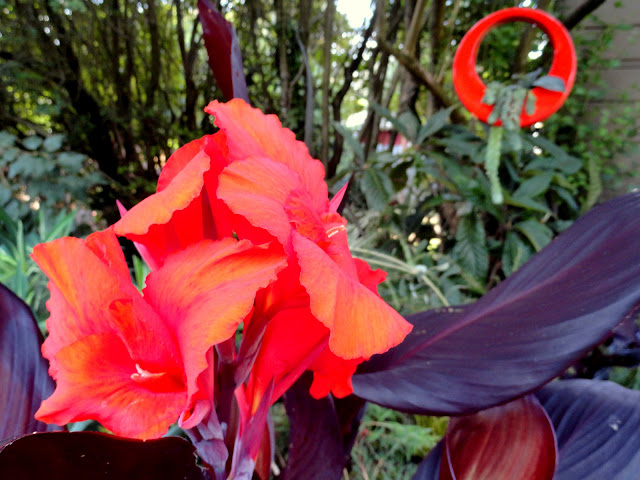 Here’s another happy coincidence…I just happened to put this Colocasia where the late afternoon sun hits its leaves and lights them up. 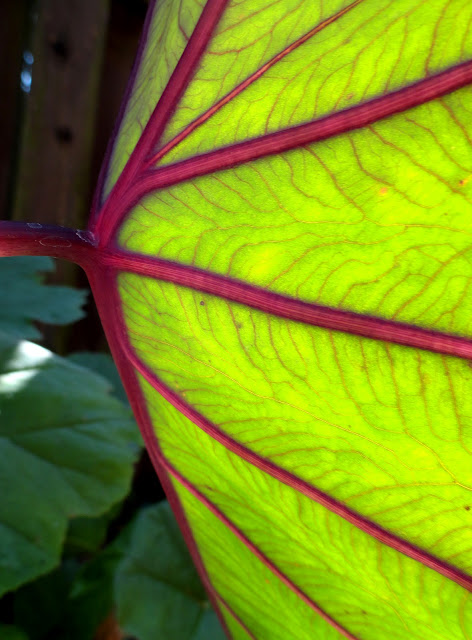 Couldn’t have planned it better. 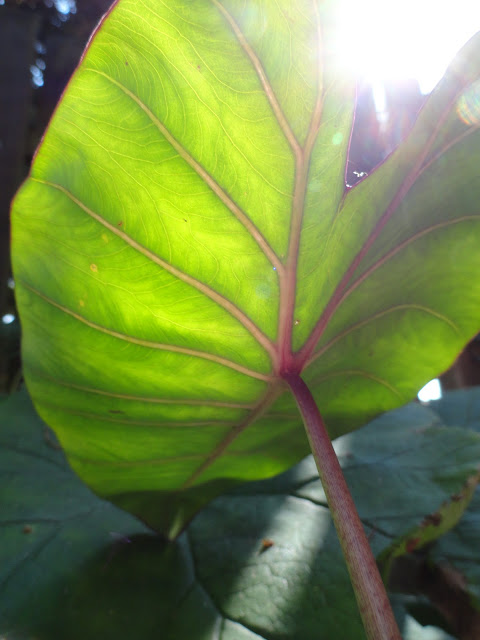 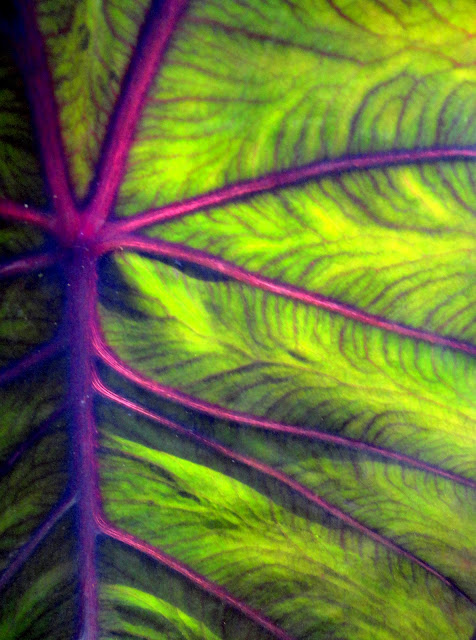 Last winter I was undecided on whether or not Wire Vine (Muehlenbeckia axillaris) was something I wanted to include in my garden. By the time I got around to planting the backyard Rhody area I’d bought 3 of them…and I’m glad I did! Especially since they’ve grown to form a sea around the Blue Senecio … 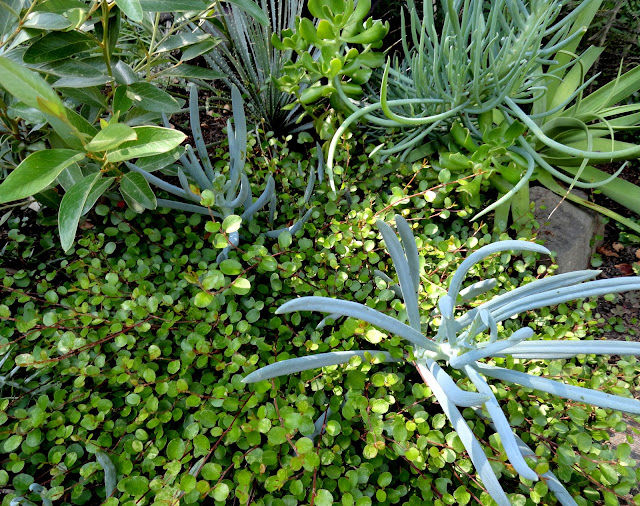 Speaking of (the Blue Senecio) I’m definitely going to overwinter these again as cuttings. They’ve been growing nonstop since I stuck them in the ground last spring…so easy! 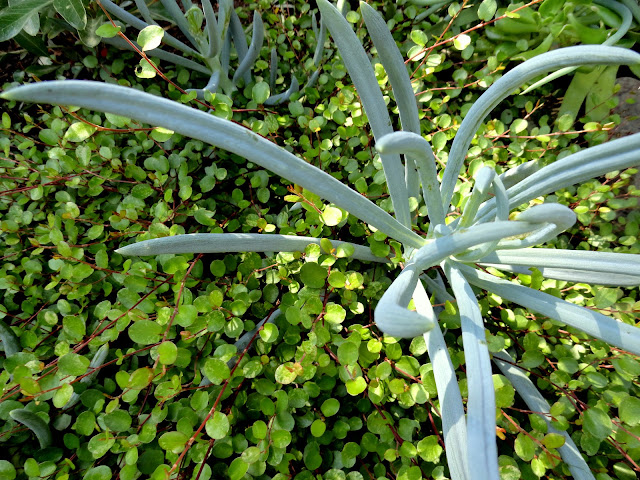 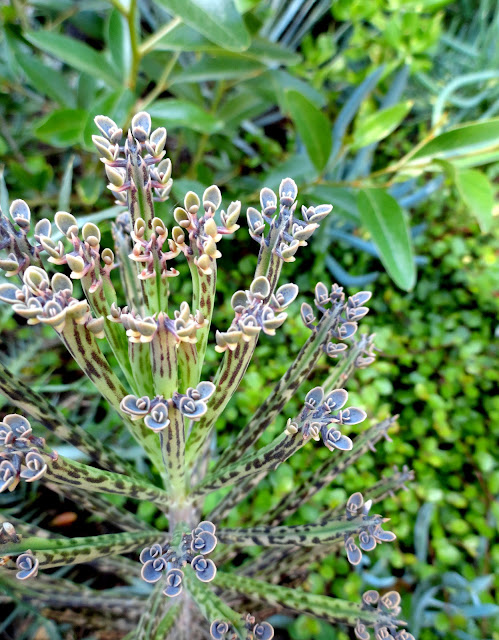 And it’s showing why it’s called “mother of thousands”… 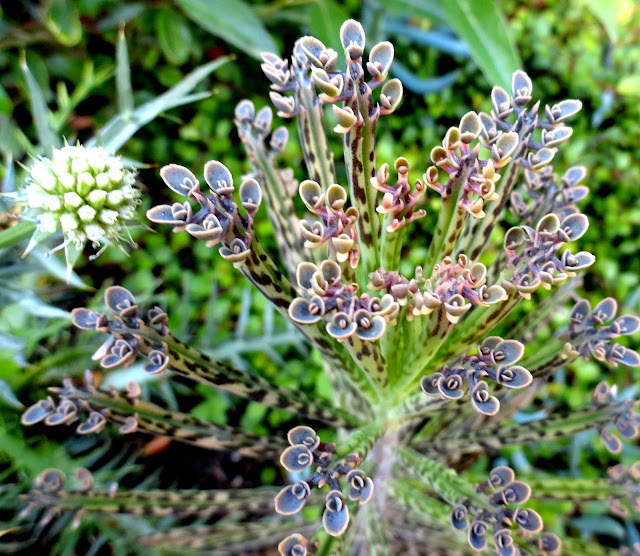 Andrew asked if I was afraid it might start multiplying in the garden, no, not a chance. Winter will take care of any babies that fall to the ground and I’ll once again cut off the main stem, bring them inside and let them live on the windowsill for the cold months.

Until then…life is good, it’s summer in the garden… 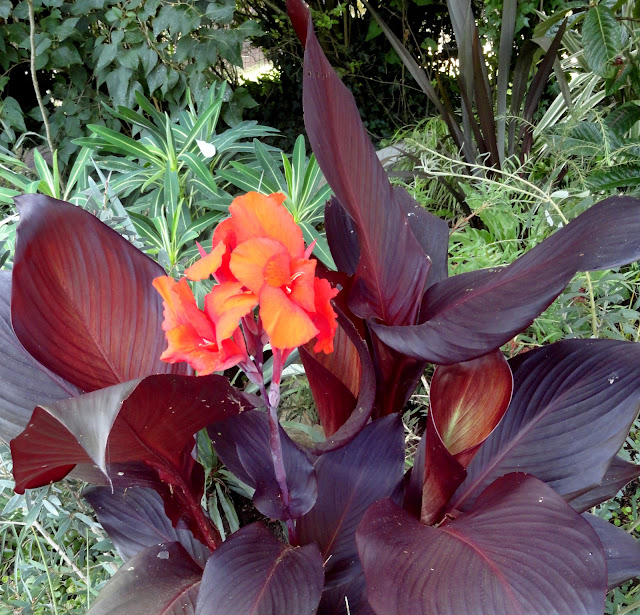