One of the reasons I enjoy hand-watering my plants is that it allows the opportunity to get up close and really notice how they’re doing. Last week I was watering the Hymenanthera alpina and noticed something odd at the top, next to the berries. 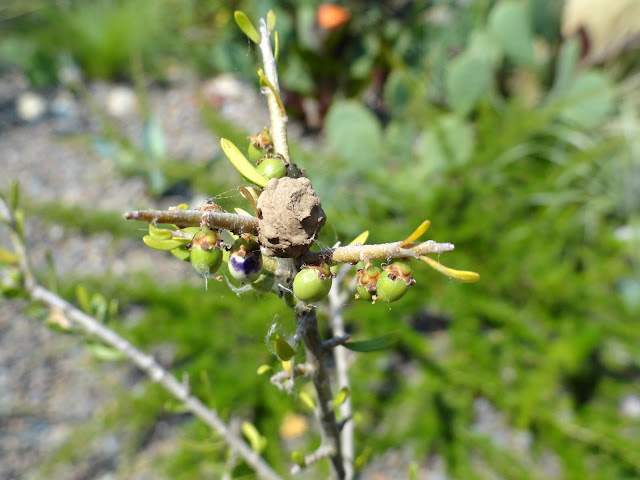 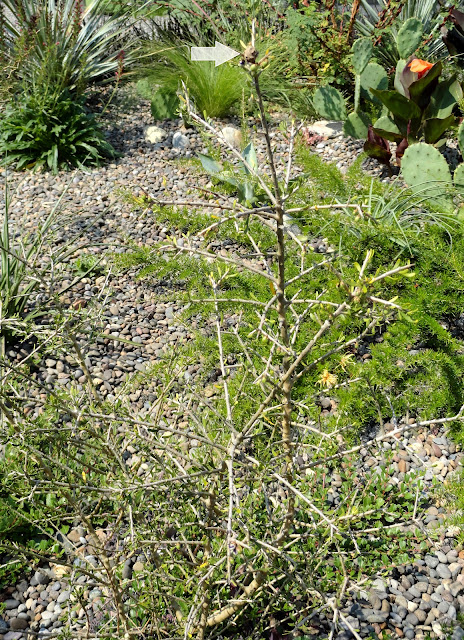 My first instinct was to pop it off the plant, but the longer I started at it I realized how intricate and beautiful it was. That night when Andrew got home I drug him out to have a look. His curiosity was aroused and to the bookshelf he went. 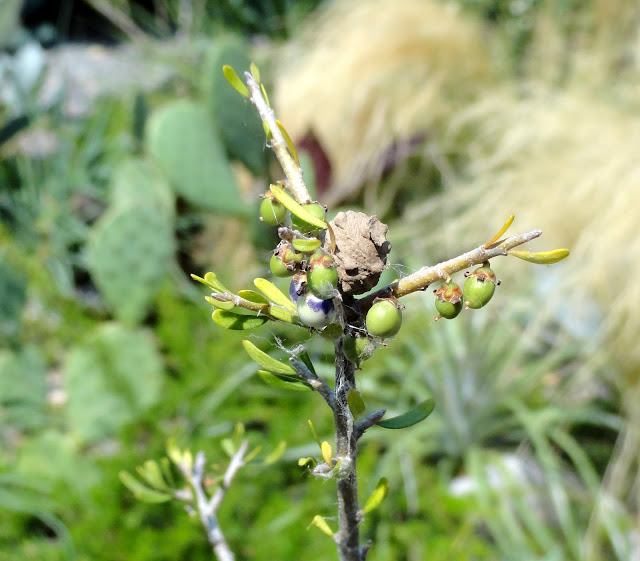 From the book Tracks & Sign of Insects… “Potter Wasps (Vespidae: Eumeninae) in the genius Eumenes, make conspicuous aerial mud nests attached to twigs or other objects…When first built, the nest has a distinctive flared opening suggestive of the mouth of jug…the mother stocks it with caterpillars or sometimes larvae of sawflies or leaf beetles. She then lays a single egg near the entrance…and seals it with a mud pellet.” Here’s a photo of the sealing in progress (borrowed from here): 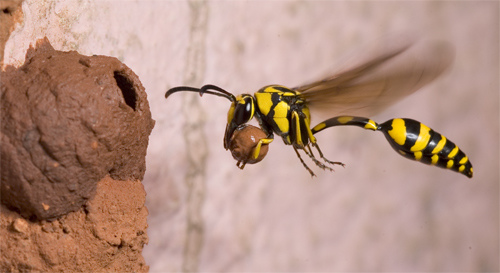 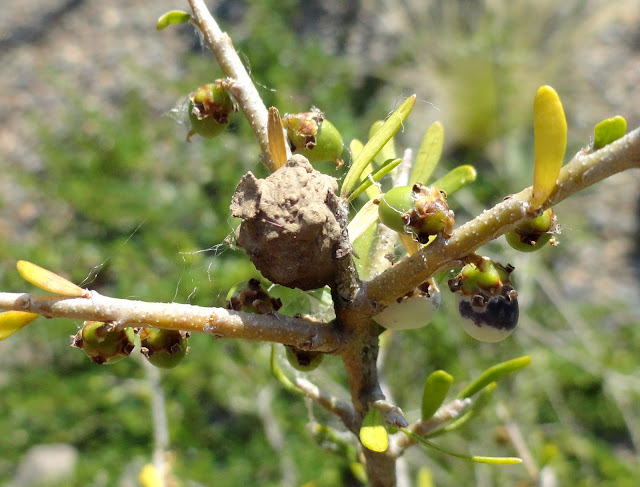 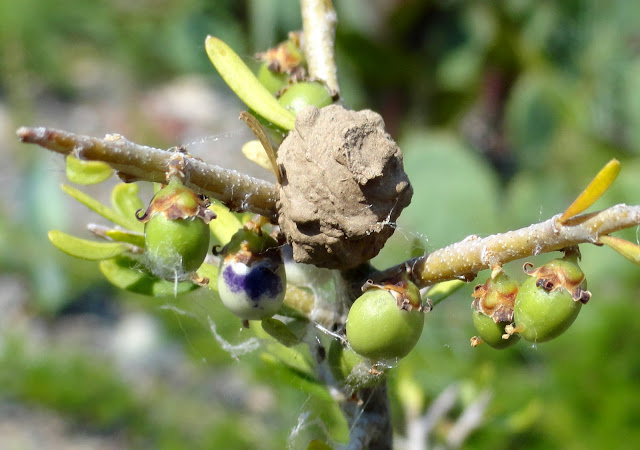 Nature left something else for me to find in the front garden.

A warning to readers with a week stomach, this is kind of, well, gross, so you might want to look away… 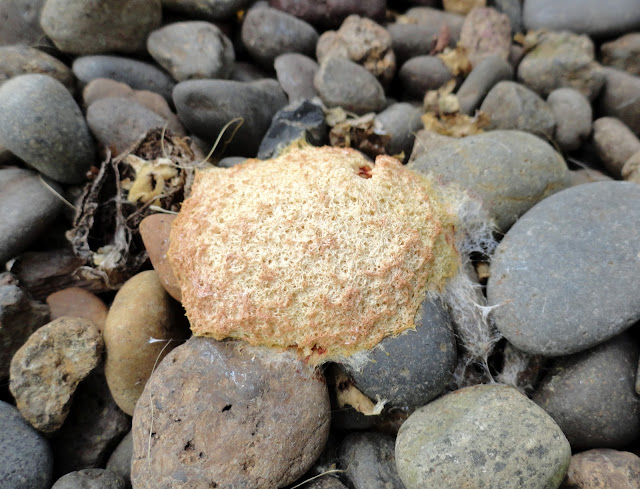 What’s your first reaction? Mine was that a neighborhood cat partied a little too hard last night and lost its cookies while stumbling home (or something like that). 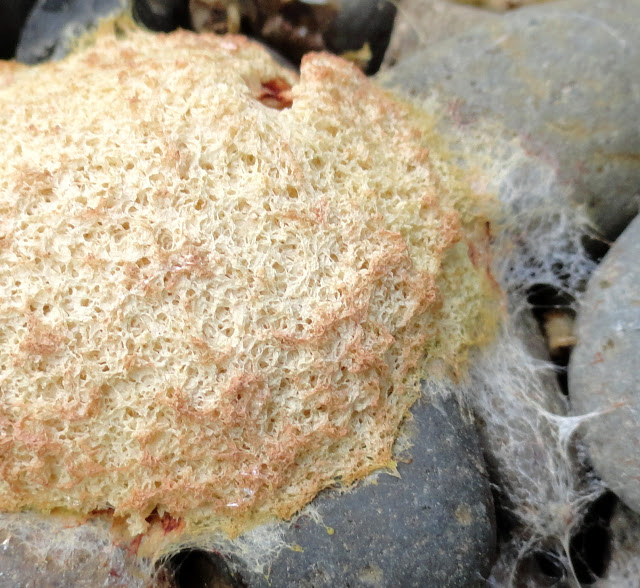 But a mass like this has appeared at least four times in this spot…what animal is going to puke in nearly the same spot over a period of a couple of years? Not likely I’m thinking. And it's so fibrous looking...here’s a close up of that red area on the upper edge… 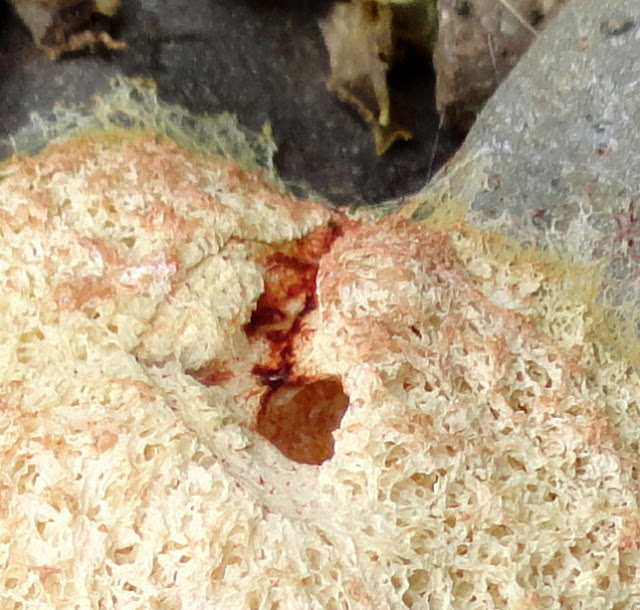 Here’s what it looks like when I used a rock to break it apart (the stem like thing on the upper left is from last years Canna...not related) 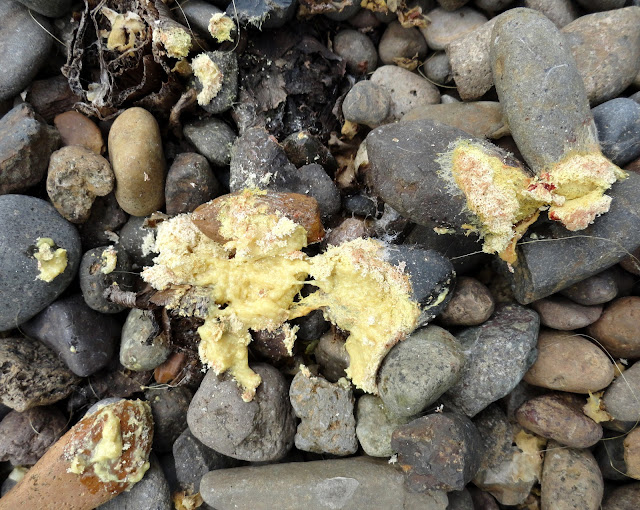 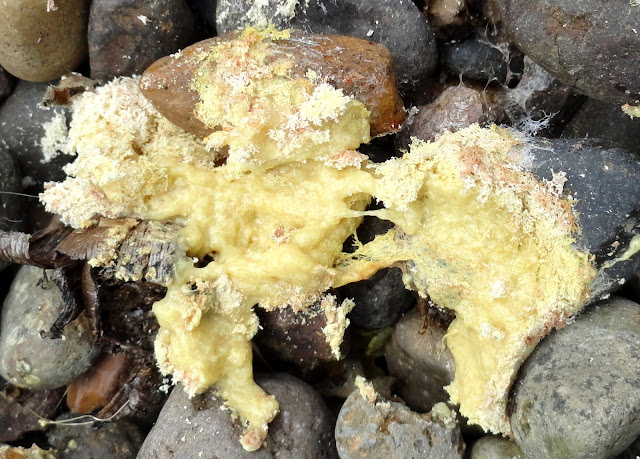 Is there some giant fungus under my garden that wants to work its way up to the light? Or just a sick animal with a great memory? I’d love to hear what you think is going on!