Last week was that time again, time for the annual Oregon Association of Nurseries industry trade show…the 40th annual to be exact. From the show website: “The growth of the show over the years is a reflection of the growth of Oregon's nursery industry in general. Oregon is one of the largest nursery growing states in the United States, ranking third in total annual wholesale sales behind only California and Florida.”

Since I have no desire to live in Florida I guess that means I’m living in the #2 best state to be a plant freak! Nah, I take that back, while I would love the California sunshine and winter temps I think I’m actually living in THE BEST place in the country to be a plant freak.

This was my 4th trip to the show, and I have to say personally it was the best yet, no doubt a reflection of the people I’ve met over the years and the fact that I got to chat with a lot of them while being surrounded by plants. Can’t go wrong there!

A lot of people I talked with reminisced about the good old days when the show floor was so crowded you had to stand in line to get into a booth (a good thing from the vendors perspective of course). I assumed the economy was the culprit, but several people actually blamed the weather. It isn’t just my imagination, our springs here in the PNW have been wetter and colder, and that affects the nursery trade in a big way. After all spring is the time we all want to get out there and buy buy buy, but if we can’t plant, well, we don’t buy.

The other thing I heard over and over from wholesalers is how hard it is to get nursery buyers to take a chance on new, slightly more exotic, plants. They’re rushed and thus (understandably) go through availability sheets ordering what they know. A name they aren’t familiar with gets glossed over.

One of the booths with plants that stopped me in my tracks was the We Hop booth. We Hop is a plant broker who fills trucks and delivers to retail nurseries. When I’ve bought plants from San Marcos Growers at Jungle Fever Exotics and Dragonfly Farms (both in Washington) it’s most likely We Hop that got these cool plants there. 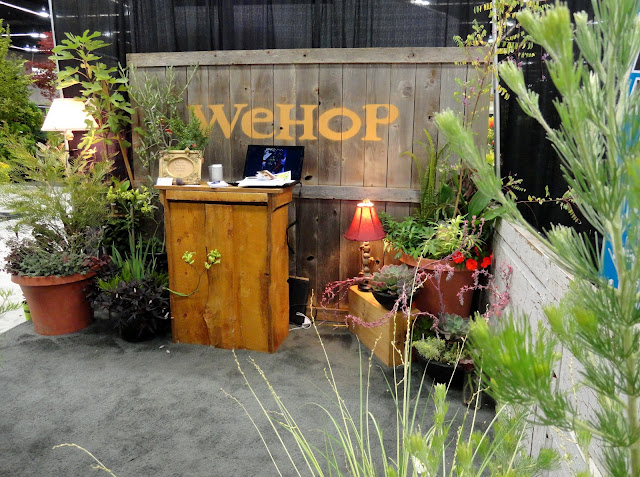 So nursery buyers buy what they know and believe will sell. Maybe if we all start asking for plants that are a little outside the mainstream, our requests will add up and they’ll realize there is a demand. It couldn’t hurt right? Fed up with the selection you have available at your local nursery? Submit a list of what you would like to see. Ask your friends to do the same. Maybe we can make a difference? It certainly couldn’t hurt!

As “garden media” I was allowed into the show before it opened last week to a preview of the New Varieties Showcase. 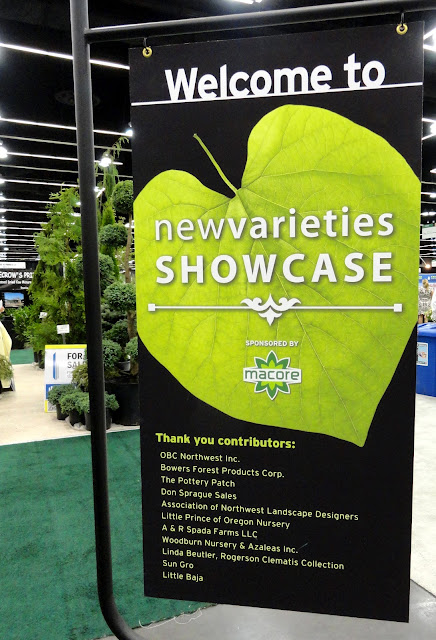 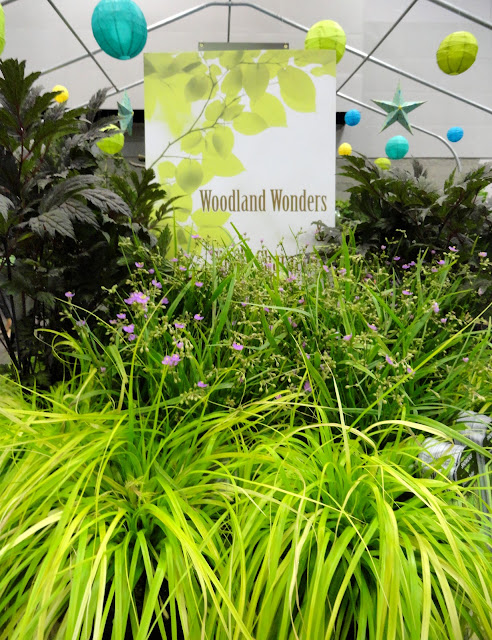 I was most excited about the Fire Spinner™ Ice Plant. This small spreading succulent was discovered in the high mountains near the Eastern Cape of South Africa by Panayoti Kelaides of the Denver Botanical Garden. Believe it or not I was excited by the flower…orange and pink! This one little plant could magically make my love of orange and my accidental pink flowering plants (chosen for their foliage) seem like a smart design decision! 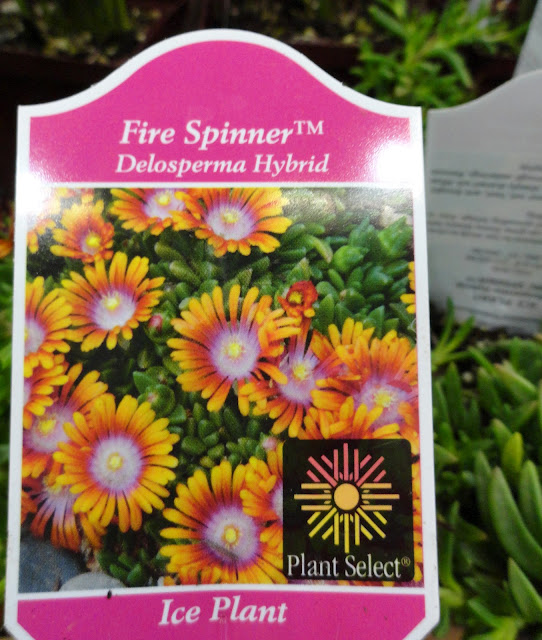 The only problem was it wasn’t blooming for the show. 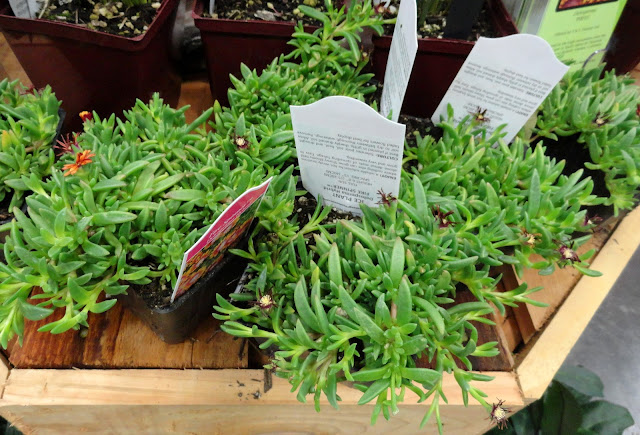 Ah well. Here’s a picture borrowed to show you what the flowers would have looked like (source)… 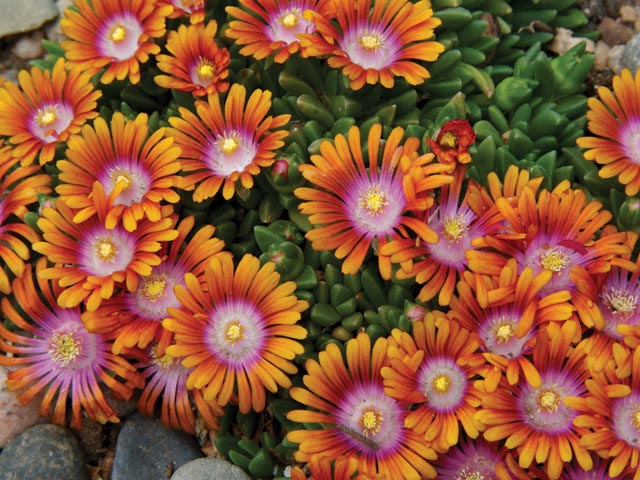 There were proper judges voting for best of the new varieties, if you’re interested click here to see all the plants and learn what the judges thought, I’m only sharing the ones I found particularly interesting. I know a couple of you are already growing the Pistachio Hydrangea. 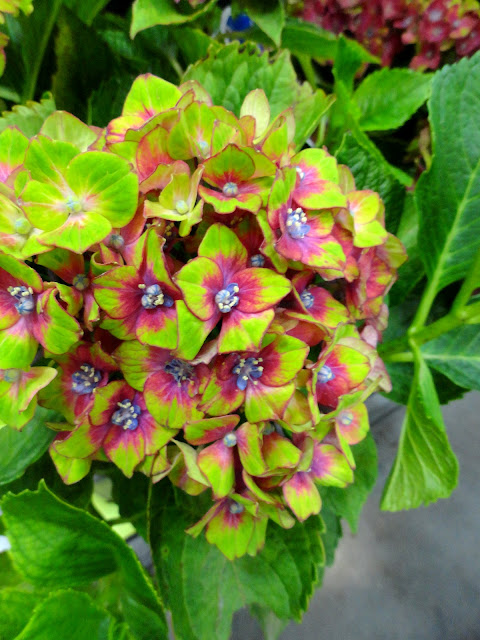 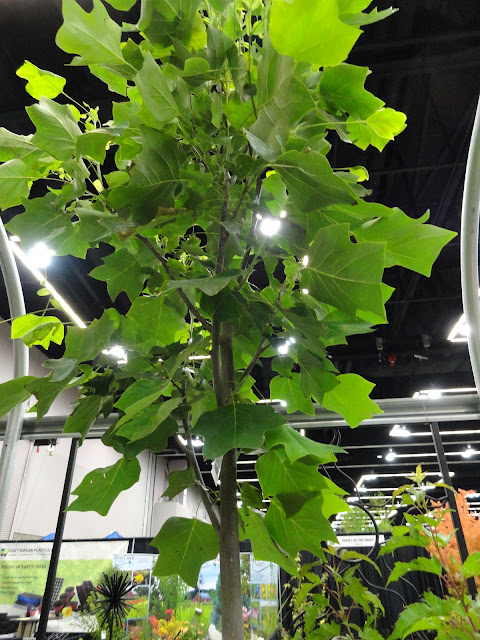 What’s not to love about Chocoholic Bugbane? How wonderful it looks combined with chartreuse foliage! 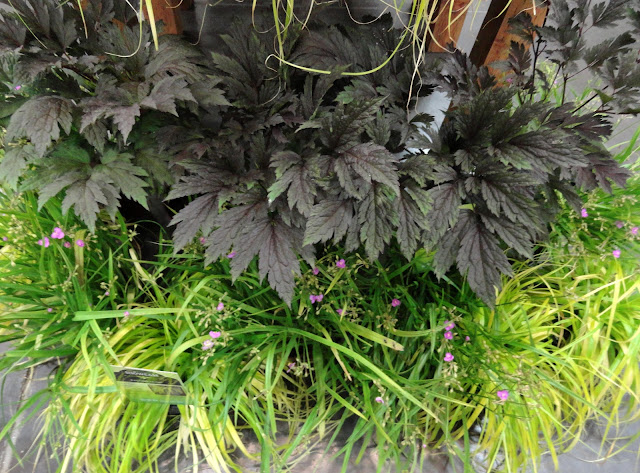 Winner of “Outstanding Plant” (from the judges) was Cathedral Gem Sausage Vine from Monrovia. All we got to see was the foliage but it certainly looks promising. 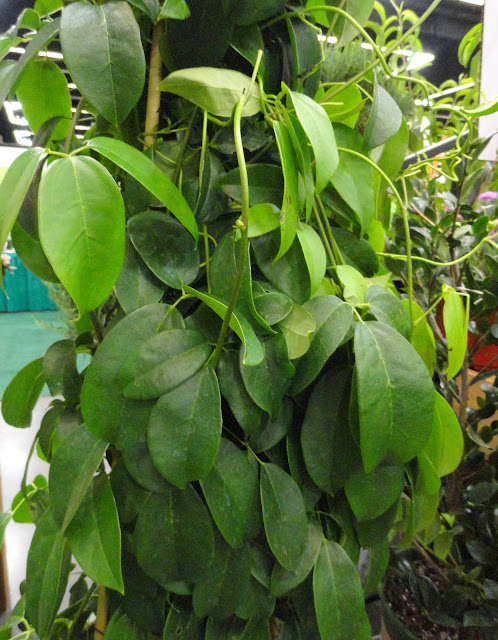 I also liked the Sunsparkler™ Dazzleberry Stonecrop and the Desert Eve™ Deep Rose Yarrow, especially together like this. 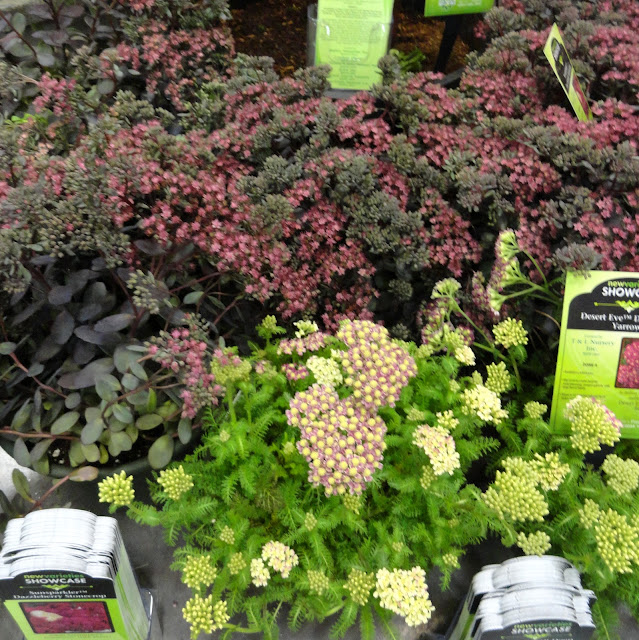 Other things that caught my eye at the show... 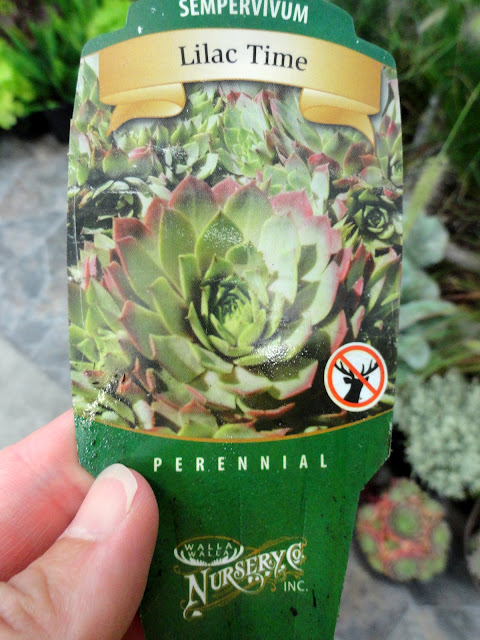 And now the best part…even though the show isn’t really about buying plants you can, with cash in hand, make a few deals in the moments before the show closes. After all the vendors really don’t want to haul these plants all back home again! I finally got an Acacia cognata 'Cousin Itt'…not this HUGE one at the Ball Horticulture booth…(I wish!) 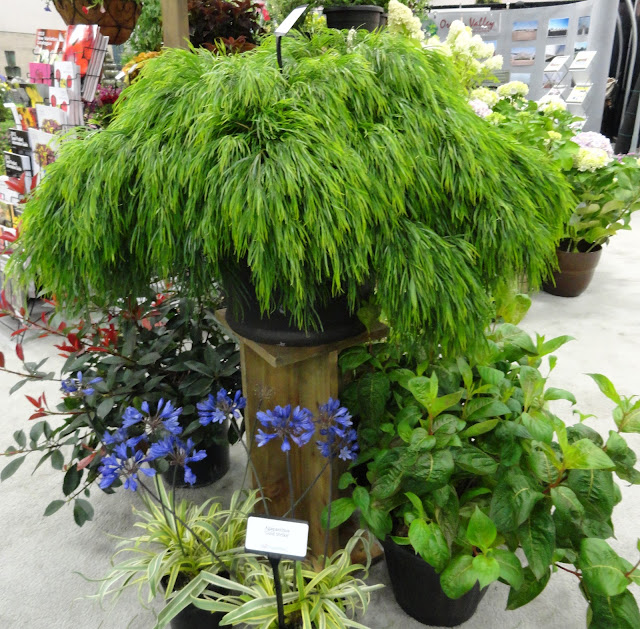 But a smaller one from Youngblood Nursery in Salem, OR. Smaller is better in this case anyway since it’s not hardy here in Portland and I’ll be growing it in a container. 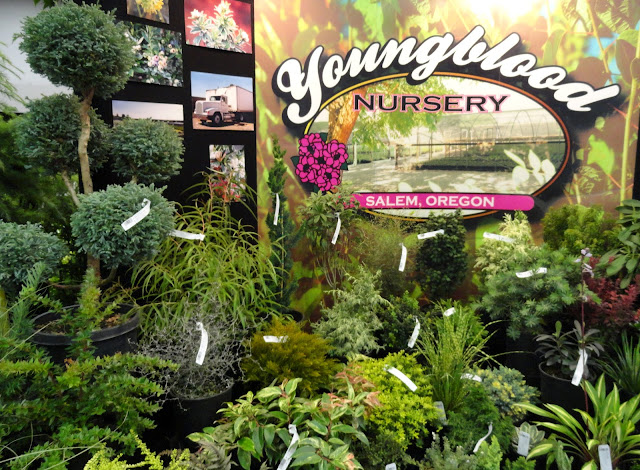 So that wraps up my look at the 2012 Farwest Show...well, okay, not quite...I've got a couple fun pictures to share tomorrow.