Oh yes I did! (and you would have too)

I stopped by the “other” Portland Nursery location last week (Division Street vs. my usual Stark Street). I get my hair cut nearby and since their annuals are all 30% off I thought maybe I’d get lucky and find something good (one of my all-time "best buys" there was Echium wildpretii for $3.99…at 30% off, well I’d have bought them all!). No such luck this time, but of course I had to walk through their succulent and cactus area on the way back to my car. That’s when I saw this… 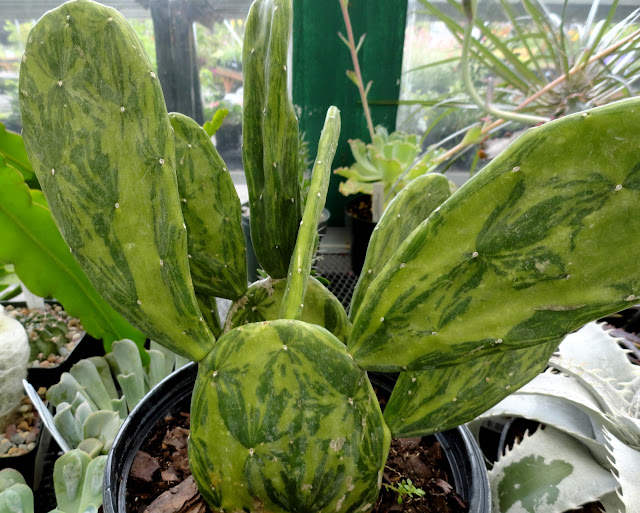 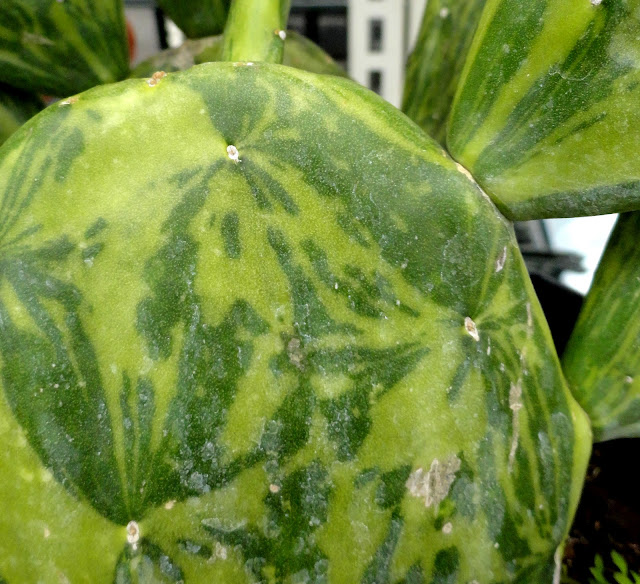 You know that apprehensive feeling when you come face to face with a plant you MUST HAVE and you just know it’s going to cost way more than you can spend?

Well I had that feeling.

Let's see, what would I spend…how much could I rationalize for an out-of-this-world, stunning variegated Opuntia!? 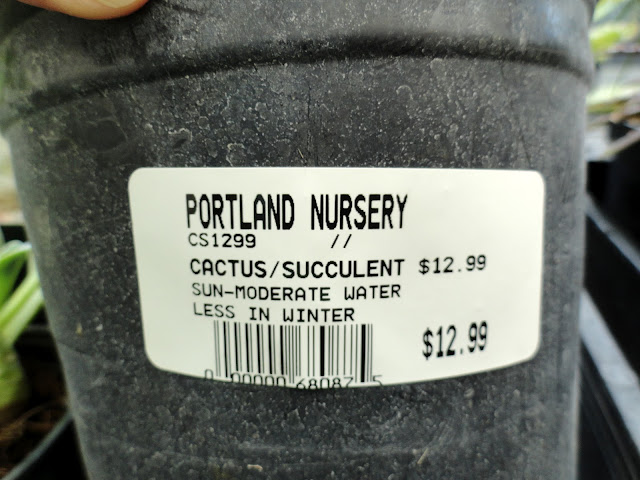 Of course the bargain price has certain costs associated with it. For example I get the completely unhelpful name of Cactus/Succulent to go by. Oh and in case I didn’t know…sun and moderate water, less in winter. Thanks.

After a little research I believe it's an Opuntia cochenillifera variegata which means it's not hardy here in my Zone 8 garden but hey, since when has that stopped me? 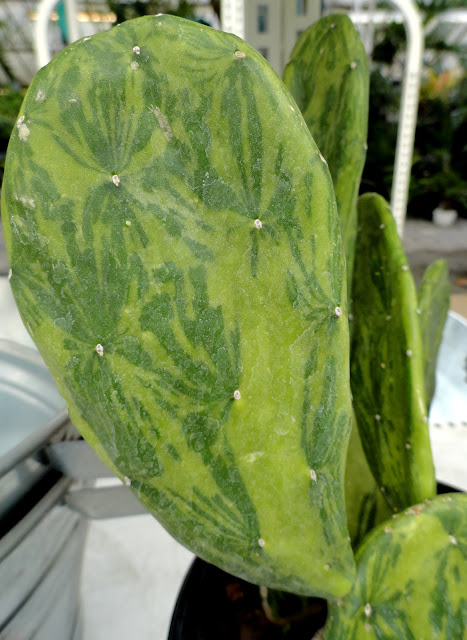 And you would have about tripped over yourself to buy it too, right? 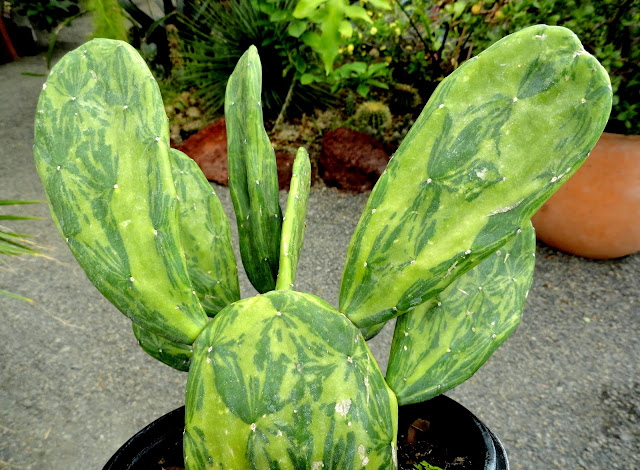 Speaking of tripping…after I picked up the Opuntia and finished looking at the other plants I had the oddest sensation. For just for a moment I forgot I was in Portland and I was transported to the desert SW. As I bent down to read the tag on an Agave I was startled by movement out of the corner of my eye. It’s a lizard I thought to myself. Then I remembered I was in Portland, Oregon…not Arizona or New Mexico. There aren’t lizards just darting about here! But actually there was...can you see him on the rock just above the white stuff? 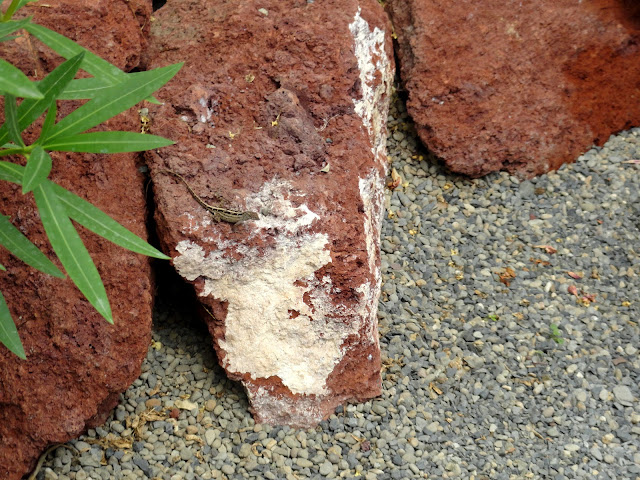 You’d live here too if you were a lizard in Portland right? 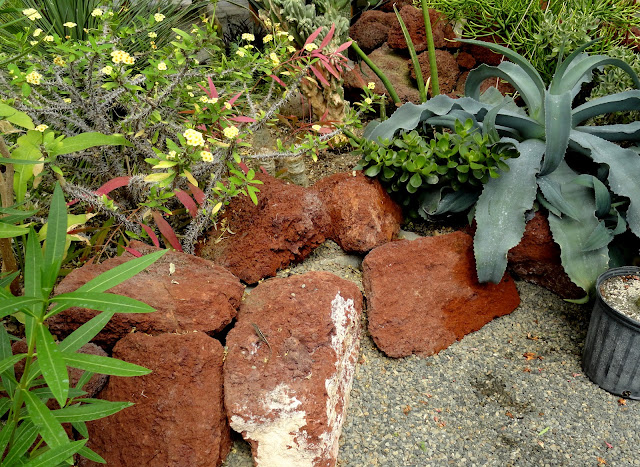 Isn’t he cute? (and why are lizards cute when snakes send me running?) Andrew says he’s not an Oregon native but maybe an Anole? So he must have been intentionally released here? I should have asked, but in the 50 or so feet from there to the cash register I became infatuated with my new Opuntia all over again and completely forgot about the lizard. 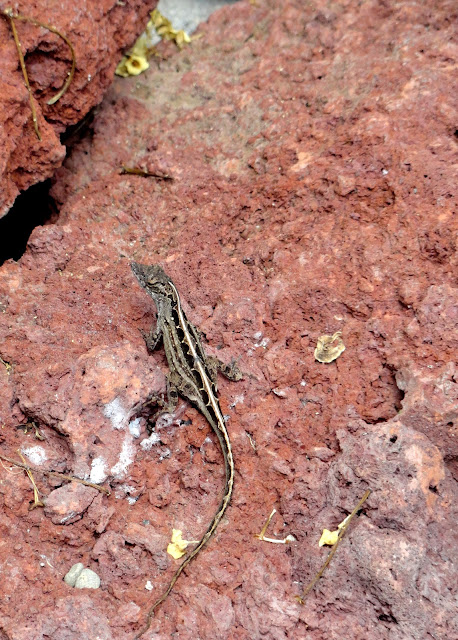