For this Foliage Follow-up I thought focus on the plants I was certain hadn’t made it through the winter, the ones I’d written off with an “oh well, ya win some, ya lose some” only to have them finally show up in mid to late July. 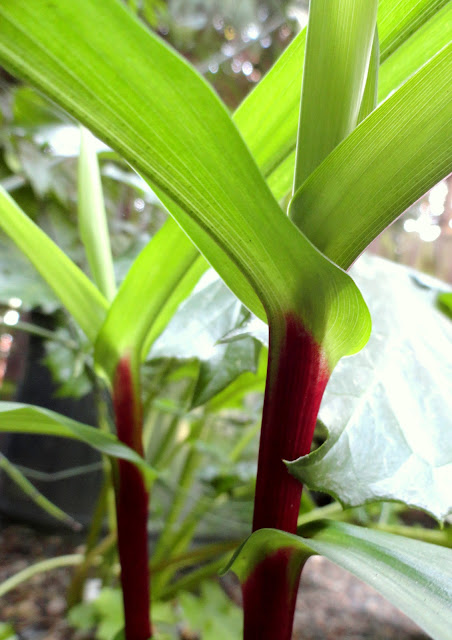 I saw nothing from this plant for so long, and naturally assumed it hadn’t made it. Only to have its two “cinnamon sticks” turn into four… 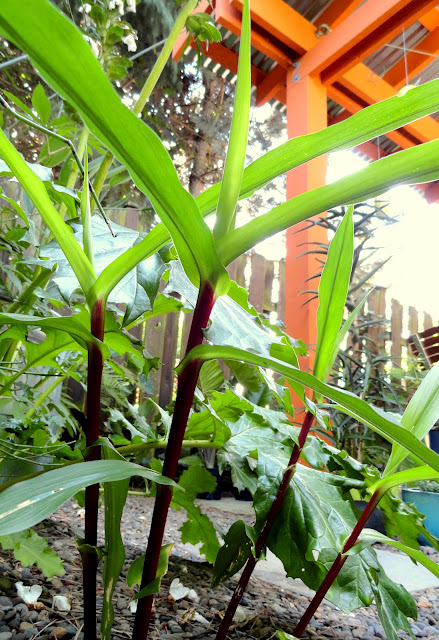 And if it doesn’t bloom this year that’s just fine by me!

Then there was the black Calla Lily (Zantedeschia 'Edge of Night') I received as a birthday gift from my husband last year. How horrible to have killed a birthday gift right? But just a week or so before my birthday the first leaf finally emerged. 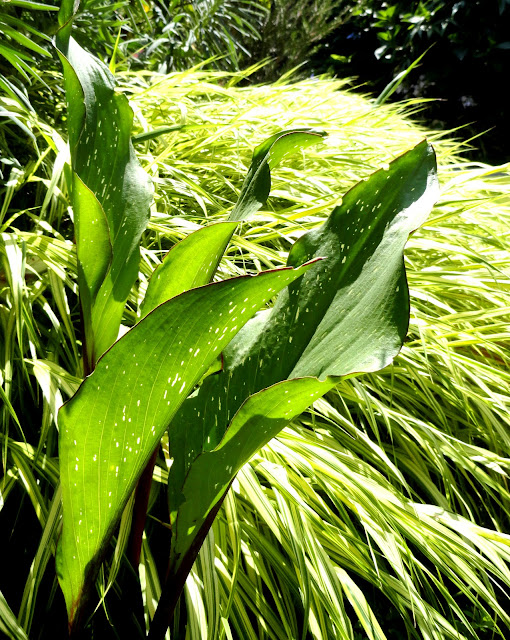 Now I’ve got four. I would love for this to plant to bloom! 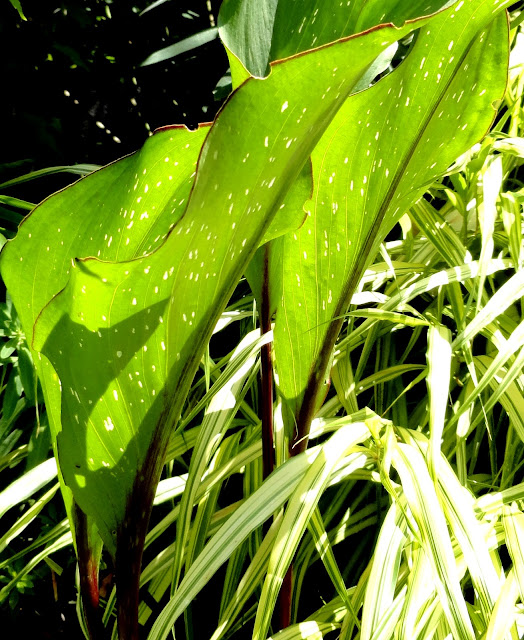 When the Acanthus sennii finally chose to return I’d forgotten about it and though that little leaf was a weed. When I reached down to pull it and felt a pin prick I remembered. Sure enough…it’s back! 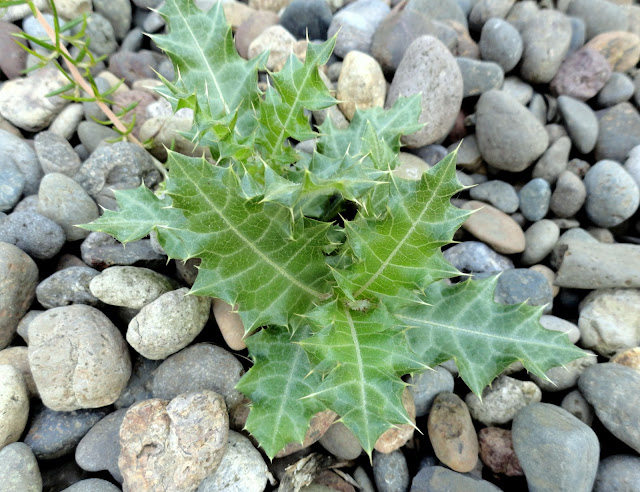 Much less dramatic but ever so welcome is this Umbrella Papyrus (Cyperus involucratus) growing amongst the Horsetail Rush (Equisetum). Last year it was a big bold beautiful plant, this year…not so much. 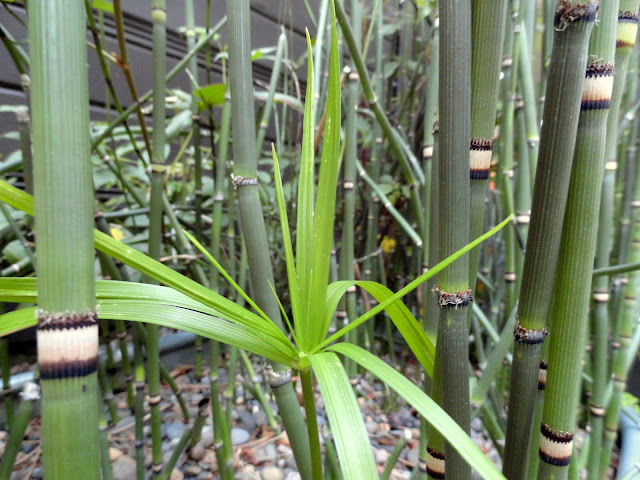 I thought for sure if winter hadn’t killed this supermarket Taro than I had, so I was rather surprised when it made a return. 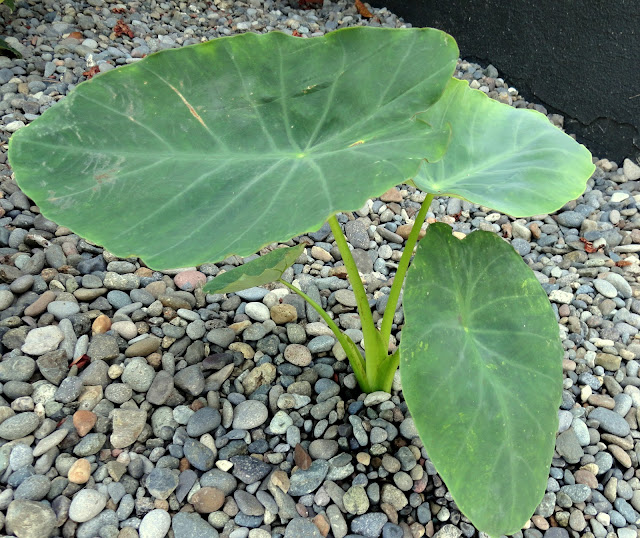 You see in digging out the Bishops Weed I took a “scorched earth” approach and chopped right through every bulb and tuber in the ground. How could this have survived yet I managed to get all the Bishops Weed around it? It’s a happy mystery.

Same story different plant, only I moved it about 3 ft to the south. Yucca’s are a tenatious bunch coming back from the smallest little bit left behind. Just ask my brother who invited me to dig out all his “ugly” Yucca one summer. They came back the next, and even stronger! 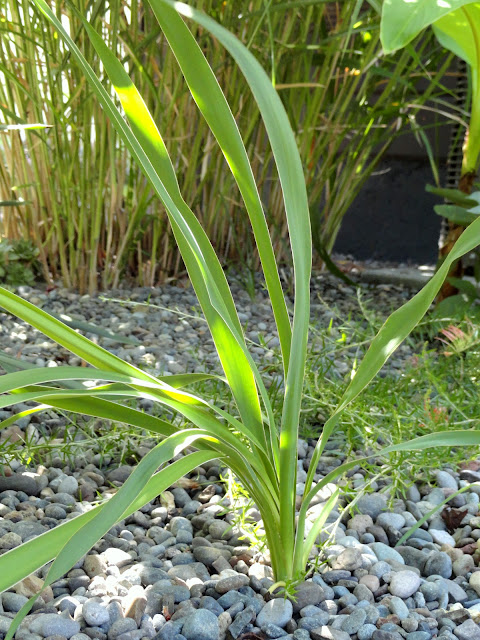 Foliage Follow-up (an excuse to focus on the foliage in our garden, like we need an excuse) is hosted by Pam, over at her blog Digging.