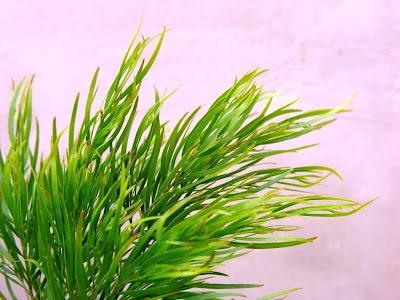 I’m afraid I’ve become slightly obsessed by a plant I’ve never even seen. Never seen in person that is, I’ve seen several pictures. For the first time on the wonderful blog Piece of Eden (above and below). 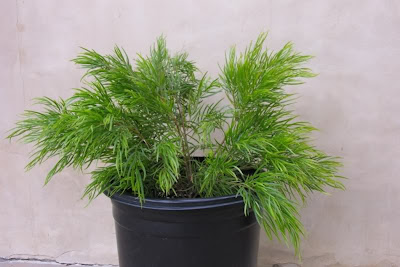 Then just a few days later this same plant shows up on the Martha Stewart Garden Blog when Tony Bielaczyc visited the Ball Horticulture Pack Trials. Here is the picture from Martha’s blog… 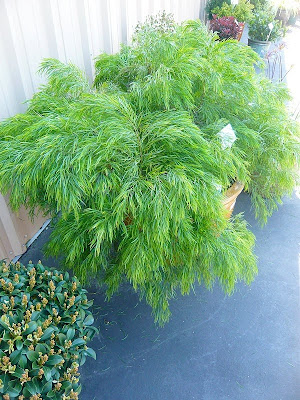 Isn’t it hot!? Kind of like a Restio crossed with Hakonechloa. Here’s what MSGB had to say about it: “This is Acacia 'Cousin It'. The name is nearly as charming as the plant itself. It's a slow grower and perfect for containers, which is what Ball is working toward with many of their woodies, adapting them as container plants.”

Next I went to the San Marcos Growers website to learn more. Here are a couple of their pictures… 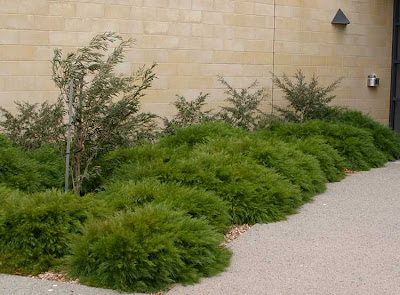 And what they have to say: “Acacia cognata 'Cousin Itt' (Little River Wattle) - A low growing mounding form of the River Wattle, Acacia cognata, with tight growth to 2 to 3 feet tall by 3 to 6 feet wide with light green, sometimes red tinged, new growth that matures to a rich emerald green. This plant has not been noted in bloom but likely would have the very pale yellow flowers of the species. Plant in full sun to part shade in a well drained soil. Once established it will require only occasional irrigation. The literature lists it hardy to 15°F but we feel that the tips likely will freeze at 20-25° F as with the species but this likely will not be as damaging as it is to the tree form and serve as a light pruning on this shrub form. This plant was first released in Australia as Acacia cognata 'Mini Cog' but is making its debut in the US under the marketing name Cousin Itt by Ball Ornamental Plants” 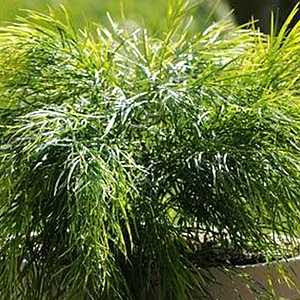 And going to the Ball Ornamental Plants site I learned this:

Naturally I’ve fallen for a plant that isn’t hardy here in Portland. But yet I imagine a thick border along the front of the house, choking out the Bishops Weed and looking fabulous!