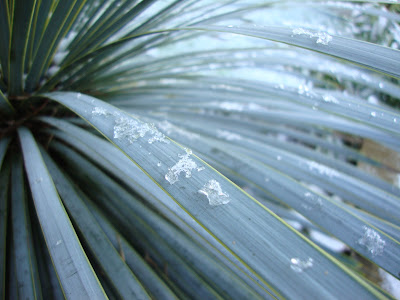 The killing frost that is. Saturday night the temperature reached 31.6 degrees, it was frosty but there was little damage. Sunday night it even warmed up a bit, but after Monday night’s chilly 24 and dusting of snow its official…winter is here. 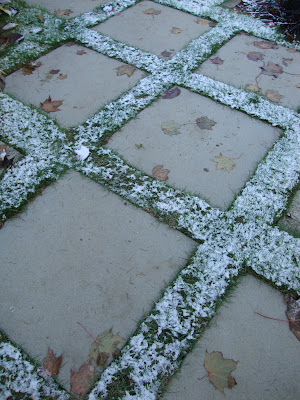 The poor plants went from fall to winter without even a warning that it was on the way. Can’t imagine that’s very good for them. Luckily this little event is supposed to be over pretty quick and things return to normal on Thanksgiving, although there is one more frosty night to endure as tonight is predicted to reach a very cold 18 degrees. 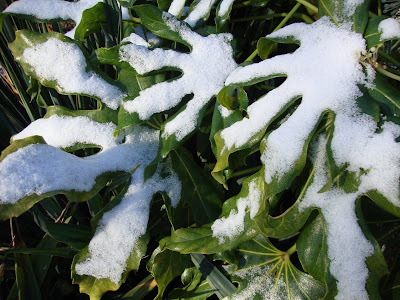 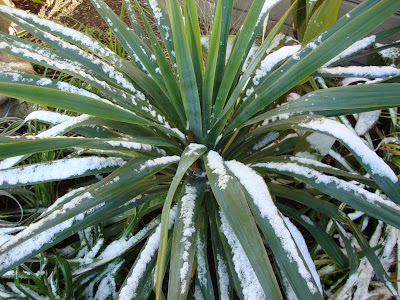 Walking accross the gravel to take these pictures I discovered the stones were frozen together. Crunch crunch crunch as I stepped on them. 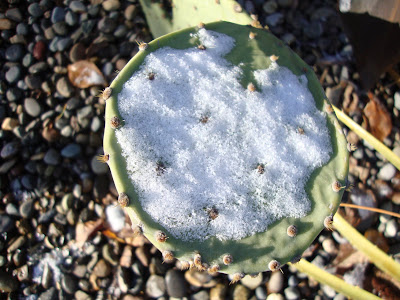 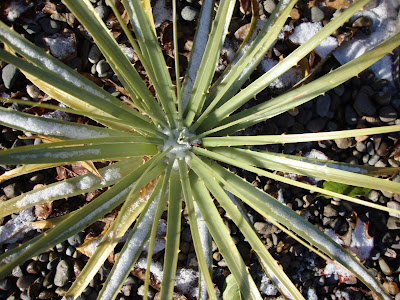 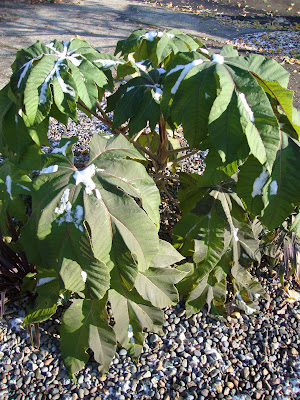 Thankfully our little heater kept the shade pavilion greenhouse at a toasty 32 degrees, briefly dropping to 31 this morning before the sun came up. That’s an 8 degree difference between inside and out, I’ll take it. Hopefully it will hold tonight too. 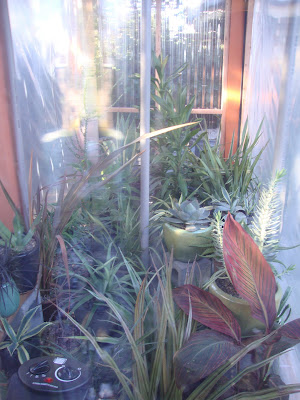 Remember my quandary about whether or not to leave the trio of Agave americana in the ground? Well I finally reached a compromise, one of them stayed. It’s protected with frost cloth (plus late yesterday afternoon I added a plastic bucket over that) during our little cold snap. As tempted as I was to dig it up I also want to know if they would have all made it in the ground. The prickly pear and puya are just toughing it out with no protection, poor guys. As you can see in the photos above they look okay after one night in the cold. 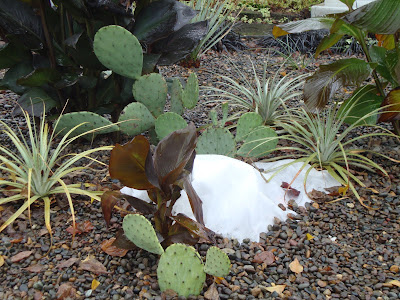 The other two agaves that I dug up were planted in an empty stock tank (used for veggies in the summer). That way they can be outside all winter, protected during mild/brief arctic events and easily pulled and brought inside if an unspeakable chill should arrive. 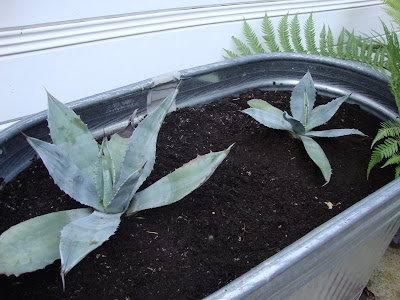 I was so happy with the stock tanks compromise that I also dug three other agaves that were in easy to remove places and planted them in the other tank. 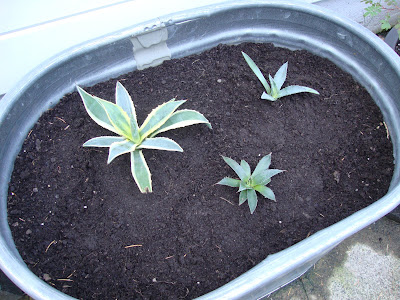 Of course I wimped out and pulled them all late Monday, they’ll spend a couple of days in the basement. I’m sure the temperature changes in and out aren’t good for them either but I just couldn’t leave them outside. 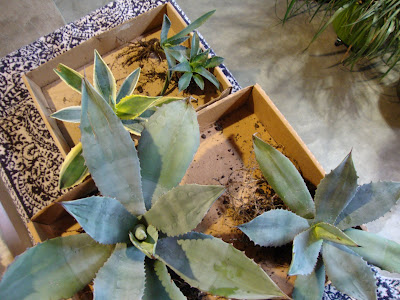 Before things got really cold I also dug two of my red Bananas (Ensete Maurelli) and I’m going to try to over-winter them in a semi dormant state wrapped in newspaper and in a cool dark corner of the basement. Who knows if it will work but since they were doomed to die anyway I have nothing to lose. 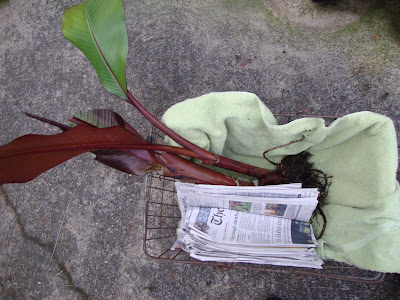 This one is taking another route and I’ll see if I can keep it alive and semi-growing over the winter. Again nothing to loose in trying! 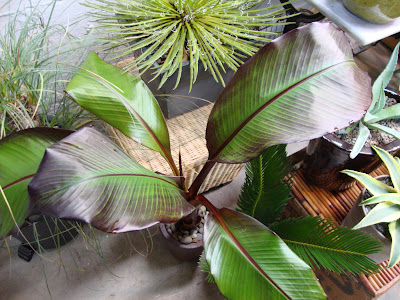 Today I’m feeling pretty lucky to live in Portland. My family up in Spokane is experiencing a bone chilling high today of 11 degrees, low tonight predicted to reach 12 degrees below zero. Thankfully we are not visiting Spokane for the upcoming holiday. I don’t have enough pairs of socks to keep my toes warm at -12!