How to make a perfectly wonderful plant disappear...

I planted my new Rodgersia tabularis in the front garden. Hinted to by the plant tag, and confirmed by my follow up research online, it wanted more sunlight than the swell spot I had planned in the back garden would have provided. 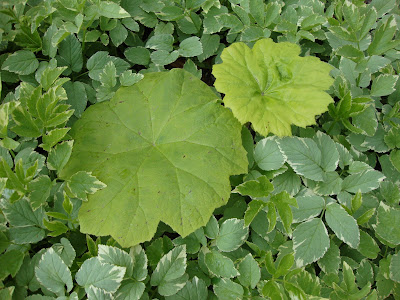 I figured I would place it where anyone walking up the sidewalk, to the front door, could enjoy it’s amazingly large leaves. Of course when I planted it the Bishops Weed was still waking up from its long winters nap. How easily I forgot what a thug it is. 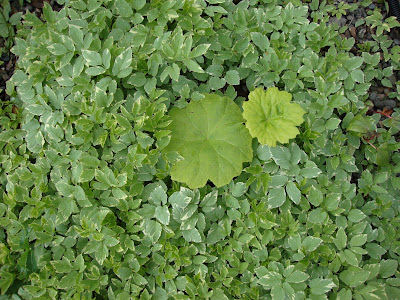 Back then the Rodgersia was standing tall in the gravel, now it is swallowed but the emerging weed, which will most likely get even taller. And if I dig it up to move it I risk transplanting The Weed to another part of the garden. 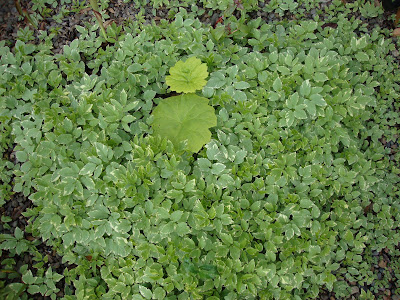 What appeared to be a wise placement now proves not to be.