After I finished reading the book Bromeliads for the Contemporary Garden I thought I would do a danger garden post on Bromeliads. I went around the house (it was winter and they were all inside the house then) and photographed all of my Bromeliads, surprised to learn that I had over 10 different ones (13 now…not that I’m counting). That was back in January, I still have the images…but I never followed through with writing the blog post. Now I’ve forgotten what I even wanted to say! 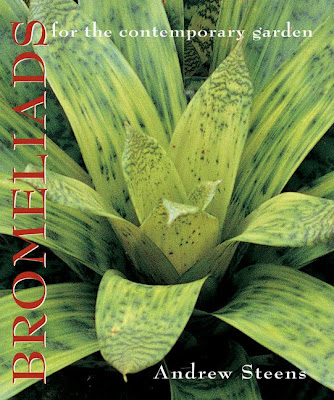 I am reminded of all this because of an email I recently received from the fine folks at Rare Plant Research, reminding me of their open house (and sale) this coming weekend. In the email they mentioned the fact that their “rare giant bromeliad, Alcanterea imperialis, is in bloom with a purple flower stalk 10' high and the rosette 5' wide. It's probably the first time one has flowered in the Pacific Northwest.”

I went to the RPR website and found this picture… 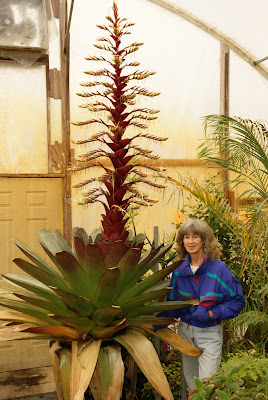 Pretty impressive! This got me thinking about my (self identified and thus possibly wrongly identified) Vriesea imperialis which looks a lot like their Alcanterea imperialis! OMG…what if mine someday gets a bloom like this! That would be fabulous. 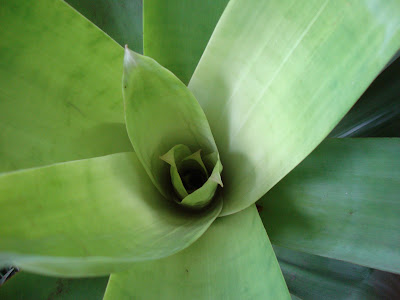 The oldest, Billbergia nutans has reliably bloomed every winter. Except this last one. 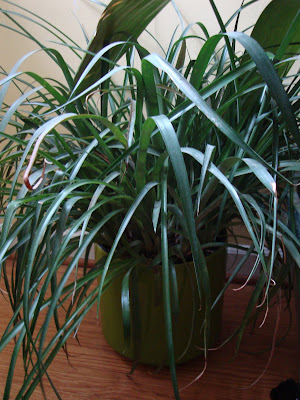 Here are what the blooms look like, on a plant for sale at the Yard Garden and Patio show last February. 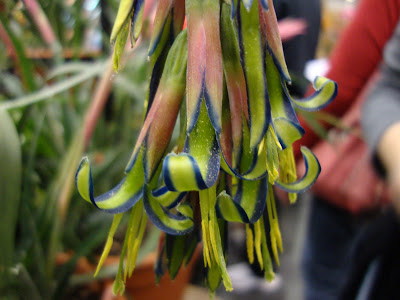 According to the book Billbergia nutans is one of those most durable of the Bromeliads. From personal experience I can add that it also multiplies rapidly so if you buy one you’ll be able to share plants with all your gardening friends! Well, when you get around to dividing it, which I still haven't done.

A Guzmania (yep…from the super-market), according to the book these are some of the most widely purchased houseplants in the world. 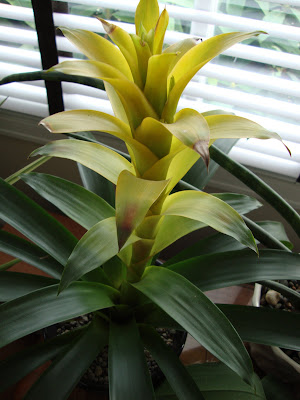 A (cheap) IKEA Bromeliad…actually a Tillandsia cyanea. You can barely see the remains of the shocking blue flowers that erupt from the edges of the pink fan. Super cool! 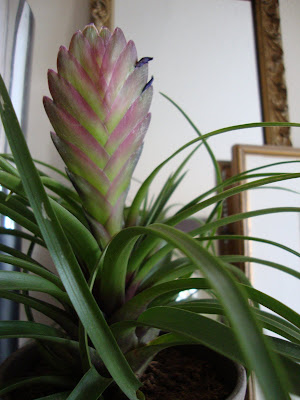 Tillandsia is the largest genera in the Bromeliad family, and of course one of the most popular right now. Since they are commonly called air plants a lot of people don’t realize they need water to survive! Our homes (where they usually live) are far too dry for them to get the moisture they need from the air. Mist them, put them under the faucet…let them drink frequently! Our purple Tillandsia… 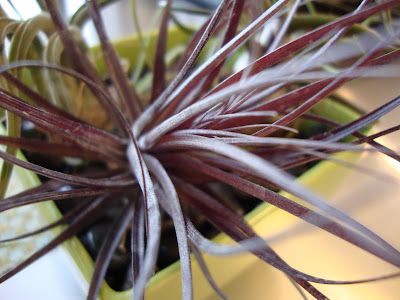 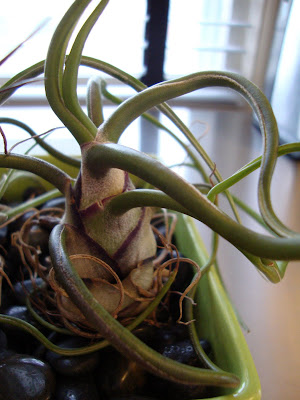 I feel like I should be able to come up with a more creative way to display our Tillandsia collection, for now they are just placed on gravel in a bowl, please pardon the bright 'flash' picture. 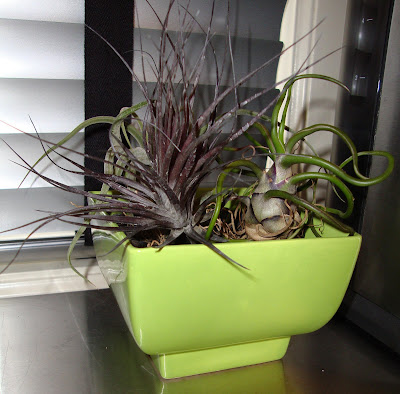 I previously posted about Dyckias, which are also part of the Bromeliad family. And in the course of the last couple of months I’ve finally managed to acquire three Puya, another genera …but I have no pictures, so they will be another post on another day. Last up is this Hectia podantha which was purchased at Rare Plant Research years ago. It’s very much like a Dyckia with its waxy sharp edged leaves. Here you’re seeing it in the midst of its winters nap. Once it goes back outside for the summer and fall it will perk up and scream danger! 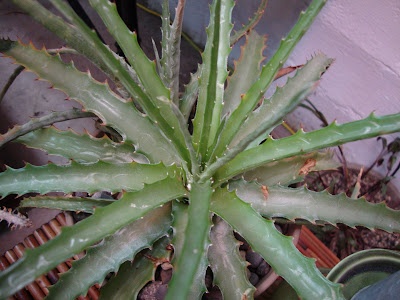 There will be many different Bromeliads on view (and many for sale) at the Rare Plant Research Annual Open House this weekend, not just the huge blooming plant pictured above. There will also be a fabulous selection of Agave, Canna, Aeonium, Echeveria and many many many more! I hope to see you there!

The details: May 15th and 16th from 11am to 4pm, RPR website with directions and more information: http://www.rareplantresearch.com/