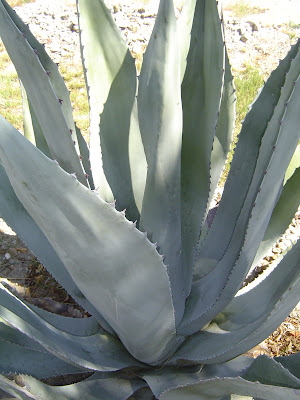 While we were visiting in Fillmore my in-laws from New Mexico made the trip over to be part of the weekend. Last spring I heard they’d had their huge Agaves pulled from their yard and hauled away. Damn! No more agave pups from the in-laws! These pictures are from their yard during our visit to see them in Truth or Consequences, NM, July of 2007. Yes those good looking people are me and my husband. We don't always wear our sunglasses for pictures, that New Mexico sun was bright! 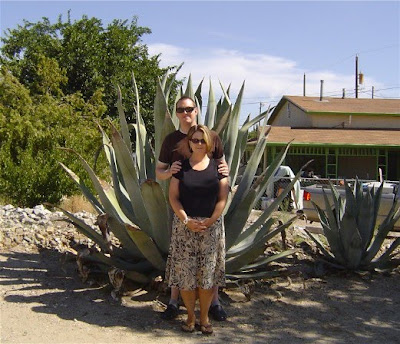 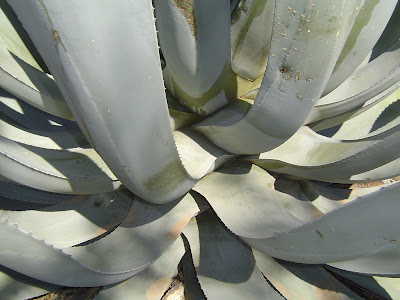 Thankfully I was wrong! A few of those tenacious Agave americana were hiding in the ground and popped up begging to be transplanted to Portland Oregon! (ok, that’s doubtful, but a fun thought) So the in-laws brought 3 baby agaves with them to California! For me! 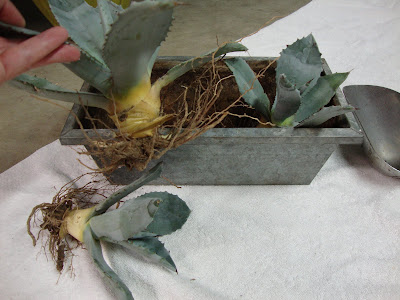 And from the looks of things the babies might be having babies someday soon as they all had little sprouts like the one on the left (below), I believe the one on the right was actually the root that once upon a time connected the pup to the mother plant. 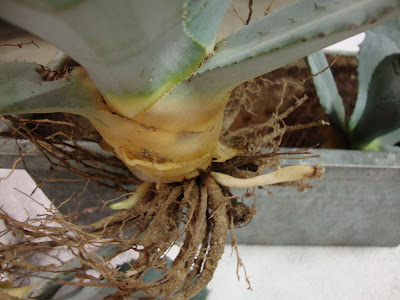 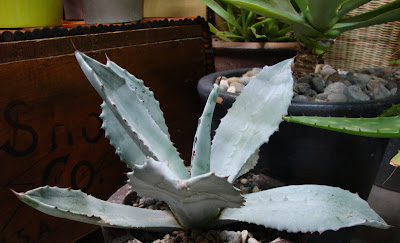 After our return from California, while I was potting these up I was thinking maybe I’d try planting 1 or 2 outside in the spring, to see if they could handle our winters. But after our record setting cold December temperatures I am having second thoughts about that. Maybe they’ll just stay safe in pots, where I can baby them through the winter.

I have 3 other Agave Americana pups, dug up from the in-laws place during our 2007 visit. They’ve grown significantly since I brought them home. And up until recently they were the picture of health. In December they suffered through one night at 13 degrees in our unheated garage before I took 2 of them down to the basement, they were frozen; their leaves wouldn’t bend at all. The third was just too heavy to move so it stayed in the garage. I took these pictures after they had been inside for a few hours. The leaves were starting to defrost. Can you see the darker area in the middle where it was still frozen? 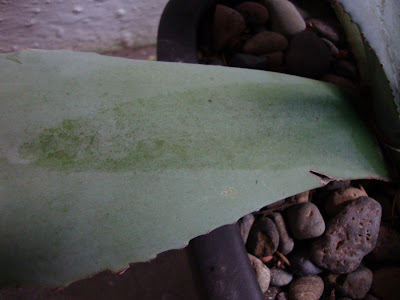 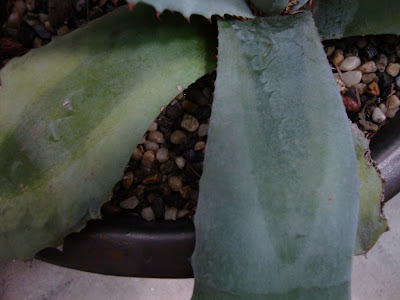 Eventually the dark (frozen) area receded and the plants appeared to be fine. Then this happened. Seemingly over night, but actually over the course of the two weeks I was unable to venture downstairs, they started turning yellow. They aren’t rotting, just yellowing. 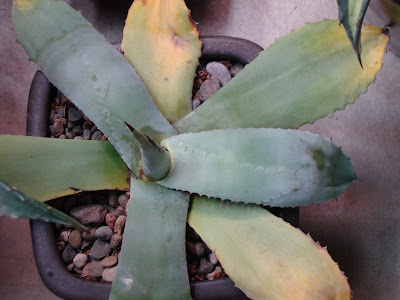 The one that stayed in the garage is fine. It had to deal with another 2 nights of 13 degree temperatures yet it looks perfect, what’s up with that? Anyone have any ideas what’s wrong with the ones I brought inside? 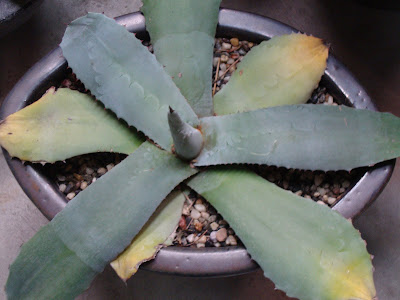