Who needs a security system?

Part of my continuing series on our October trip to California… 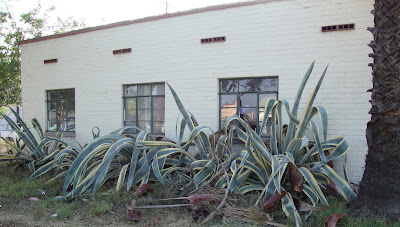 After spending a week traveling down through California we finally ended up in Fillmore, a small city about an hour north of Los Angeles. My husband’s brother and family live in Fillmore and we had a new niece to meet! Fillmore would be our weekend hangout. 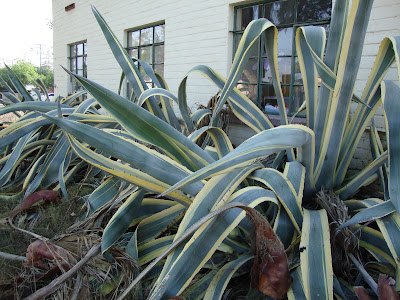 A few years back, during my first visit, on a walk around the downtown area we happened upon this mass wild planting of Agave americana variegata. I was excited to find it was still there and even bigger than I remembered. 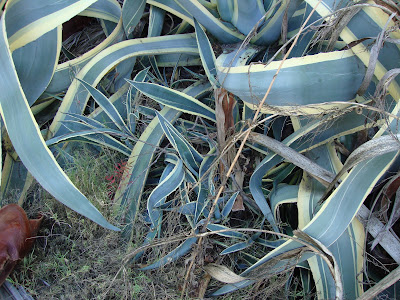 My husband stayed in the car while I hopped out to snap a few pictures. Isn’t it amazing and also a little menacing? 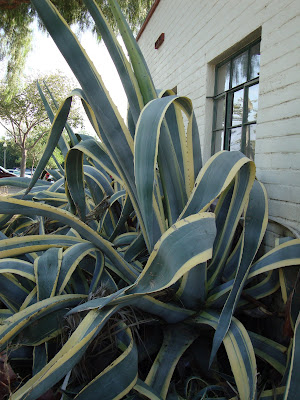 I wasn’t paying any attention to the people in the building, on the other side of the windows, until one of them came out to find out what I was up to. Once I assured him I was harmless and only interested in the agaves he seemed to relax. He told me that he loved the agaves because they kept him from having to purchase a security system or put bars on the windows. Good point! Who’s crazy enough to crawl over a wall of agaves? 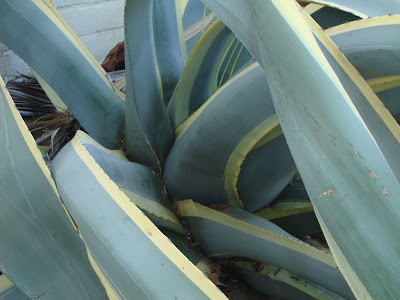