An agave makes the local paper...

I do love it when the local press get's all aflutter about an agave. Many times it's because the agave is in a conservatory and has started to push out a tall bloomspike, causing concern about the glass enclosure. Last May our local paper did a story on Monte, Lance Wright's Agave montana, which was definitely a Portland celebrity (story here). This article is on an agave growing in Sequim, WA—a small town on the Olympic Peninsula of Washington state. It's an Agave americana which it's owner, Isobel Johnston, reportedly bought for a buck at a garage sale some 20-years ago. 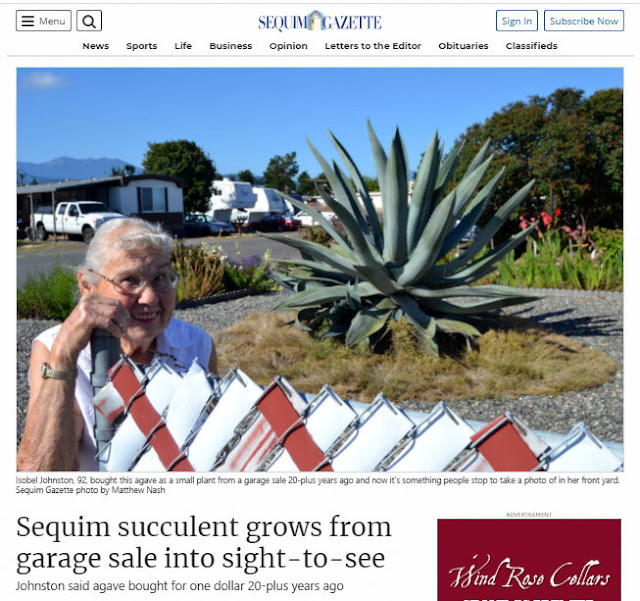 I happen to have a couple of friends who live in Sequim, one is Ian Barclay who owns The Desert Northwest Nursery. He shared the newspaper story with me (above, and here). The other one, Sonny Hanway, a is friend from my time living in Seattle in the 1990's. I asked Sonny if he'd seen the agave and while he'd driven by, he'd never actually stopped stopped to look at it closely. Well, until now—he sent me these photos... 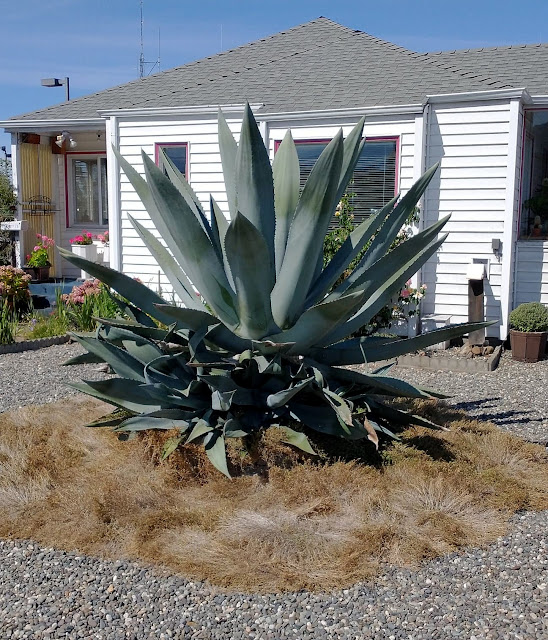 Agave americana is not the most bullet-proof agave for the Pacific Northwest. But Sequim is special in that it lies in the rain shadow of the Olympic Mountains and receives, on average, less than 16" of rain each year. 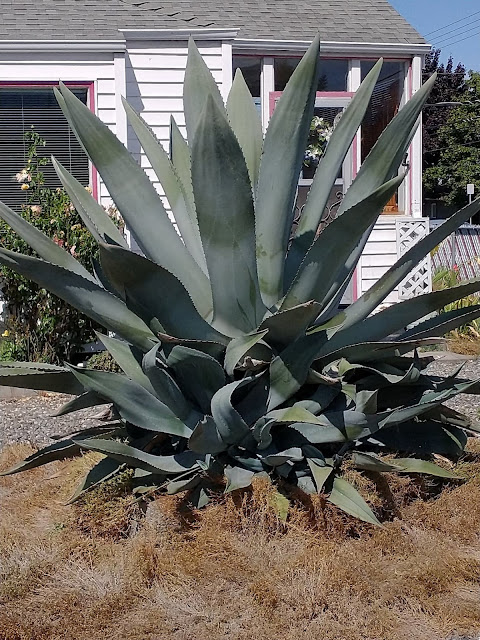 That certainly works to the advantage of this big boy. From the newspaper story: "Heavy snowfall in recent years hasn’t bothered it, she [Isobel] said, and it has a watering system connected to it. But with its size, Johnson assumes the arms have covered the sprinkler heads. “I’m not really sure if it’s getting water or not, but it seems to be doing fine,” she said." She also mentioned people ask about getting a "start" from the plant. It certainly has plenty of pups to go around... 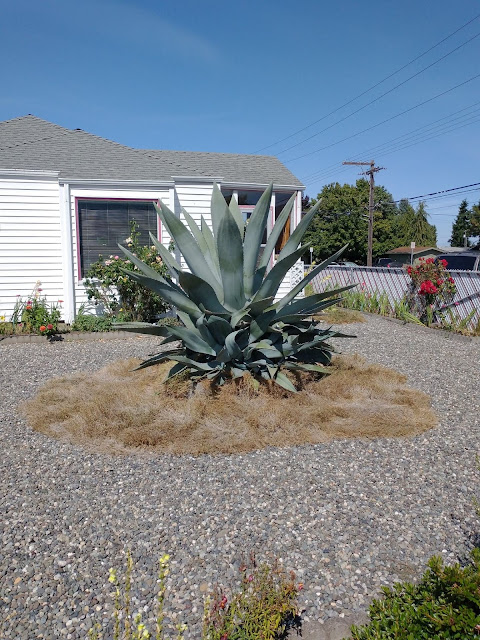 At 20+ years of age I won't be surprised if it blooms soon. No doubt that will earn it another feature in the local paper. 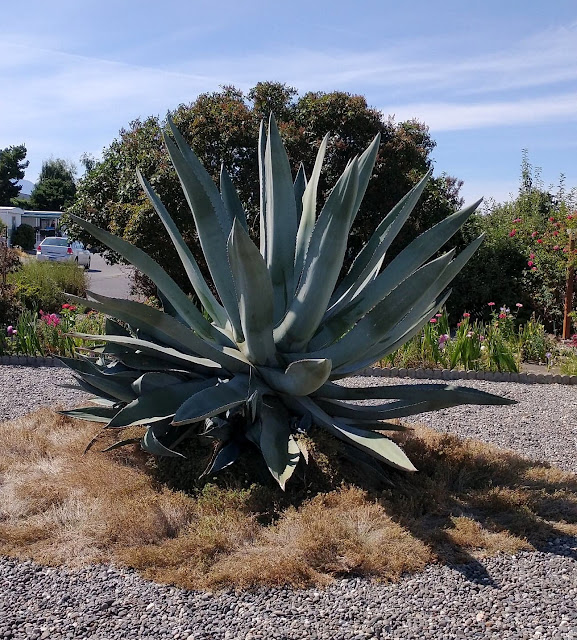 Weather Diary, Sept 9: Hi 89, Low 65/ Precip 0. After a clear, but very windy, day on the 8th the smoke from all of the area wildfires blew in in yesterday afternoon and kept the nighttime temperature up. The air quality is miserable.