Late in the summer of 2013 we were on the Oregon coast celebrating my parents 50th wedding anniversary. Never one to pass up the opportunity to visit a plant store I stopped in at Bear Valley Nursery where I was thrilled to find a (new to me) large Agave 'Mateo' and snapped it up. This portrait is from 2013... 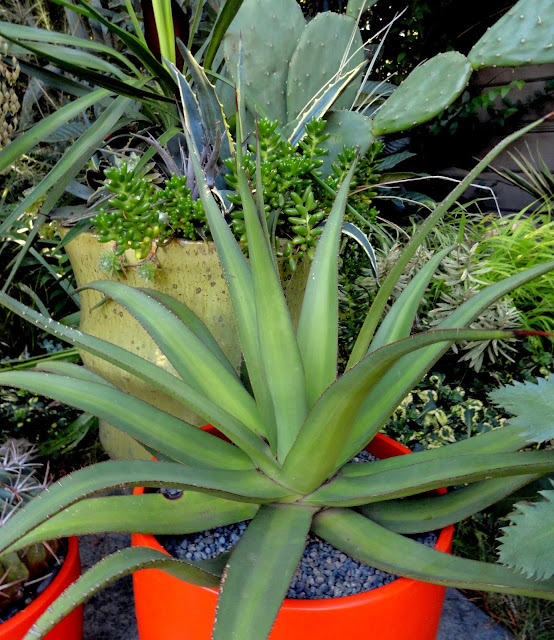 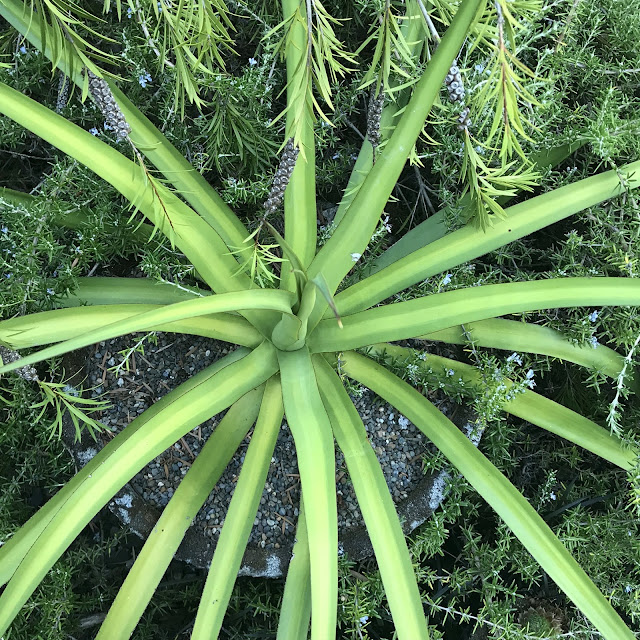 I hate to admit it, but for several years it languished in a too-shady location in the back garden, until spring 2019 when I moved it to a large cement pot in the front garden. I believe that's why it's shape is a little open and lanky, compared to when I brought it home (top photo) or... 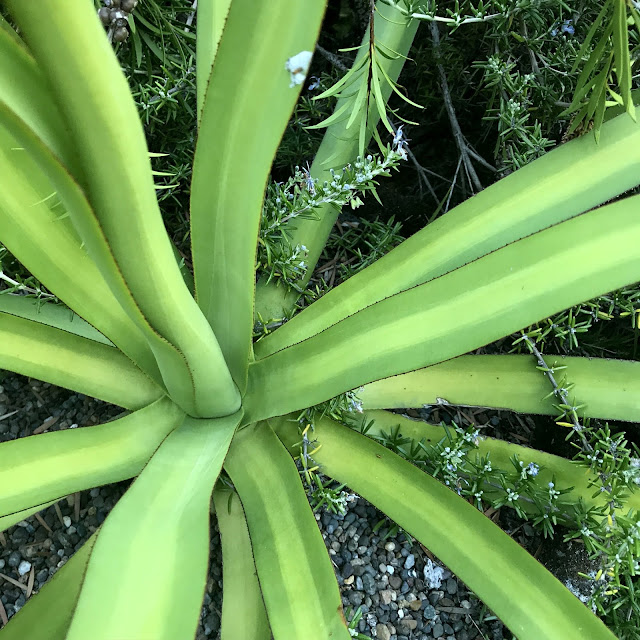 ...compared to this specimen Gerhard—of the blog Succulents and More—photographed in his friend Troy McGregor's garden (here) 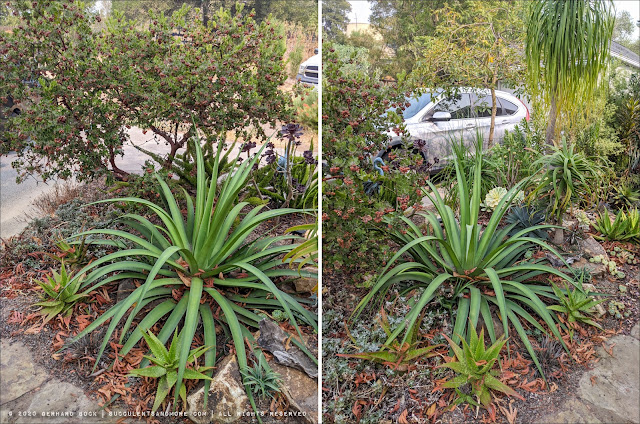 It's responded to it's new location with lots of growth and increased drama in the contrast between the light green center strip and darker green margins. 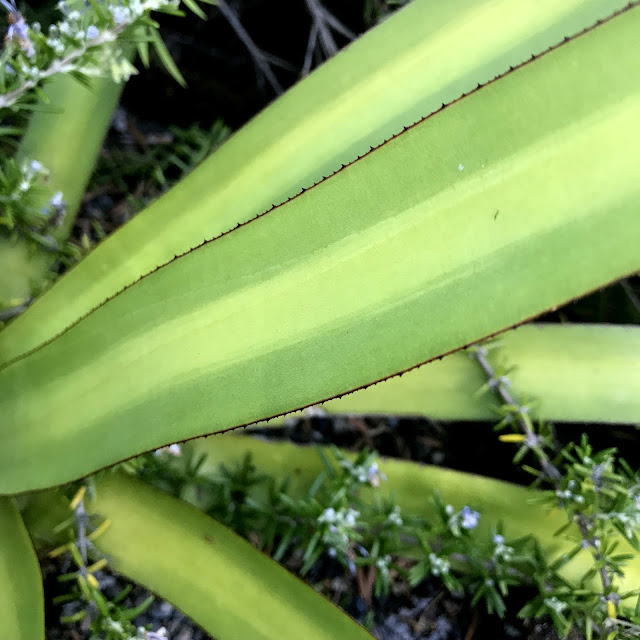 From the San Marcos website: "This plant was discovered at San Marcos Growers in March 2003 by our salesman Matthew Roberts (AKA Mateo). He selected the plant from a crop of otherwise uniform Agave bracteosa that was grown from seed sowed in 1999. The seed had been purchased from Aztekakti Cacti and Succulent Seed of El Paso, Texas, who noted the source as wild collected. We speculated this plant to be a hybrid between Agave bracteosa and Agave lophantha because of the look of the plant and because the range of Agave lophantha overlaps that of Agave bracteosa." 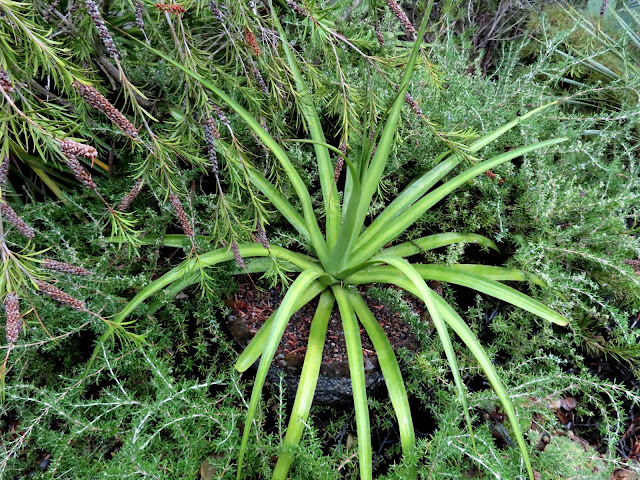 In the back garden I have another Agave 'Mateo' planted next to the standard Agave bracteosa. On the right is A. bracteosa and on the left A. 'Mateo. 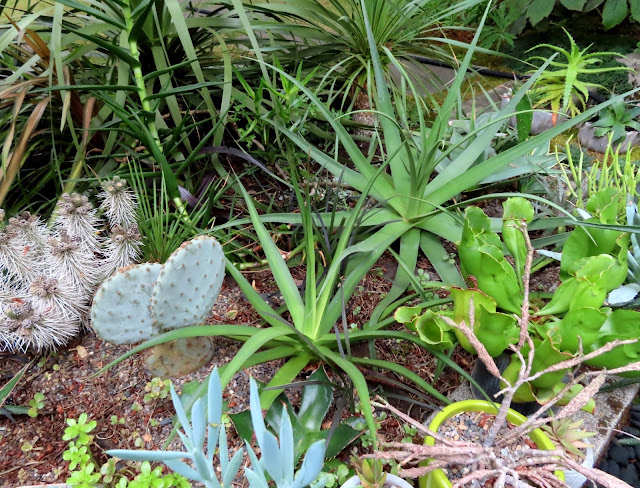 There are a couple of 'Mateo' pups in between them. If memory serves these pups are ones I removed from the front-garden plant back in 2013 when I brought it home. They were tiny little things then and got hit hard with a bad winter that year... but survived! 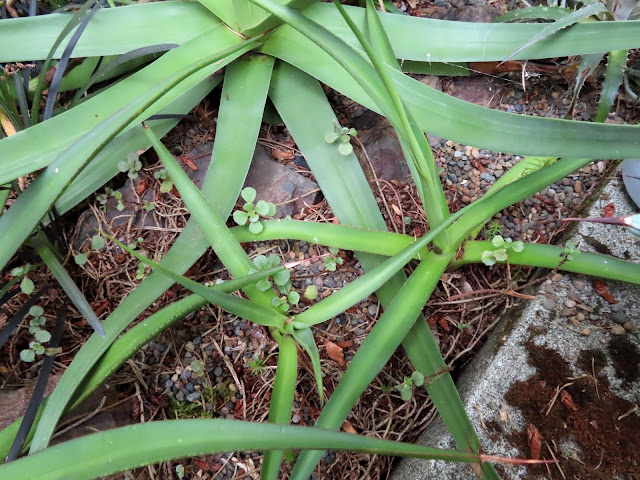 The stripes on this plant are nearly impossible to see, probably because it's in too much shade to really bring them out. 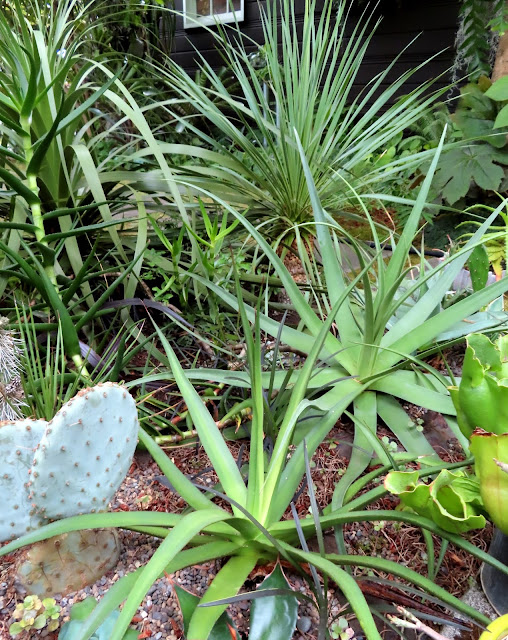 Since we're talking about stripes though, I thought I would share this cutie again, Agave bracteosa 'Daddy Longlegs'... 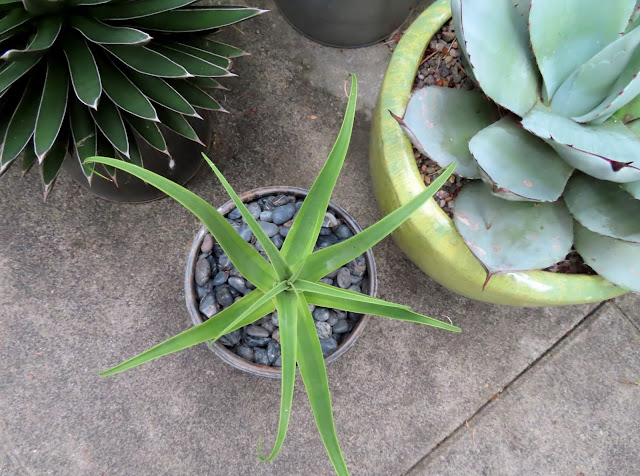 He was a generous gift that came into my collection in July. 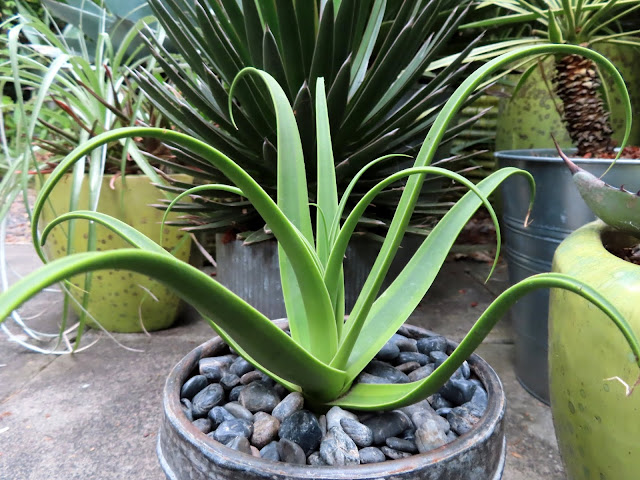 The variegation here is reverse of what's on 'Mateo', with the dark green in the center of the leaf. 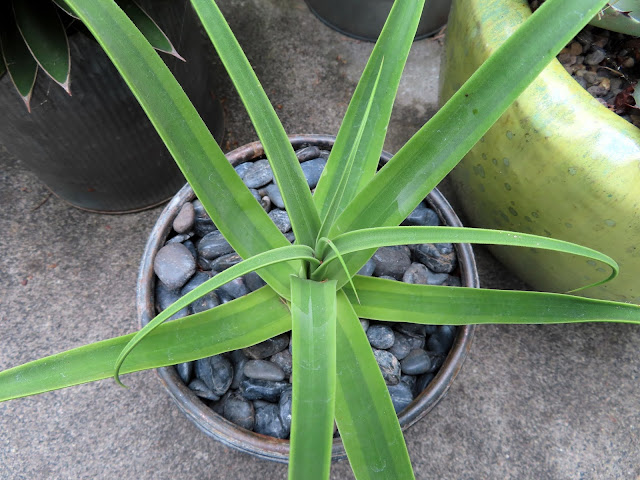 This plant should be hardy into Zone 7, but I don't know that I'll ever be able to risk planting it in the ground. It's just too rare. 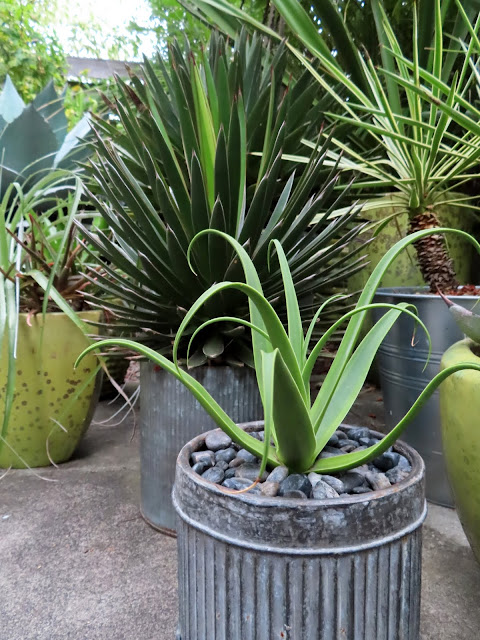