Wednesday Vignette: put an agave there!

Growing out of that patch of black mondo grass a less than vigorous dwarf abutilon was putting up a brave front. Trying to carry the space, trying to look like it belonged there, even as it's bare stems and yellowing leaves told the truth. Every time I passed by I gave it the stink-eye. Just grow dammit! Bloom! Earn the space! I finally yanked it. Relief! So much better without its awkward form. But yet, a little empty... 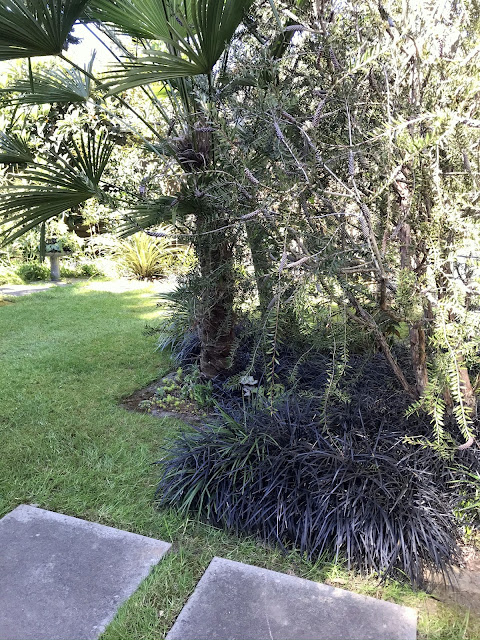 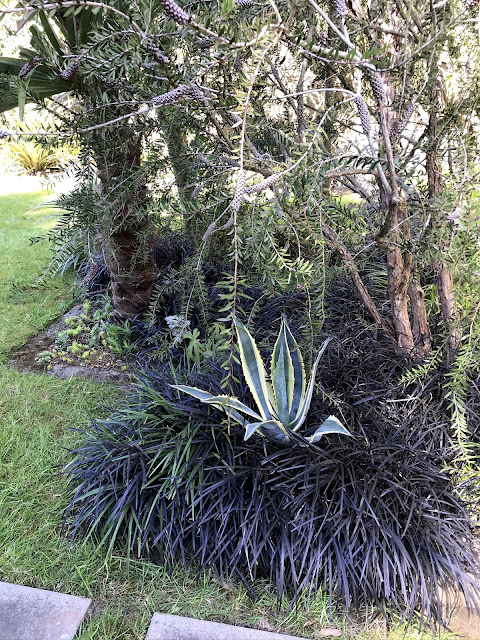 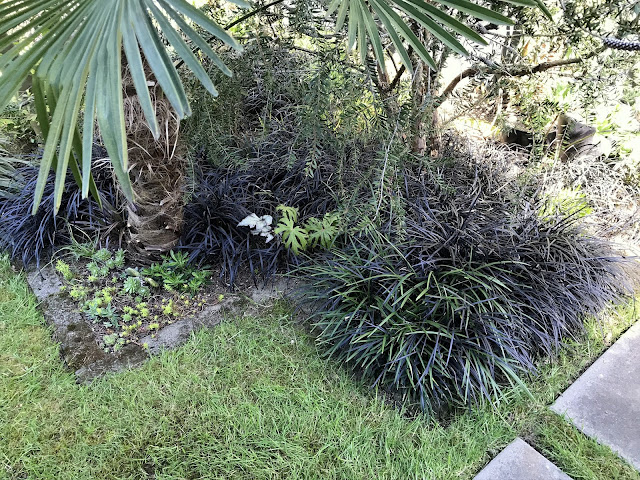 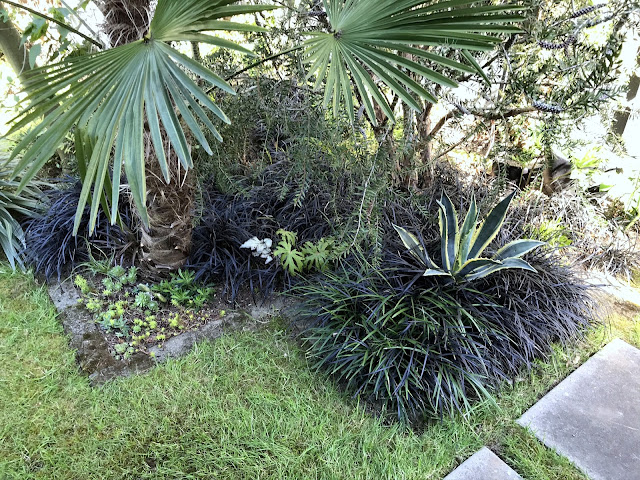 I didn't want to dig in the mondo grass perfection, and the air circulation wouldn't be great for an agave planted there long term, especially over our wet winters. So I found a tall black plastic growers pot and planted the Agave americana 'Variegata' in it. That way it isn't permenant and the agave is raised up, taller than it would be in the ground. 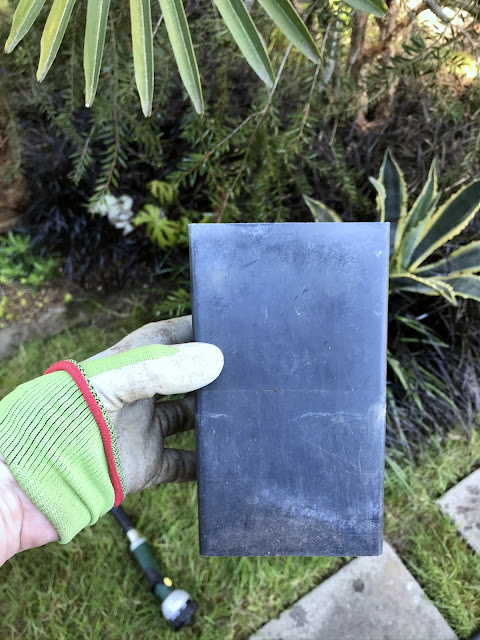 Chances are it may root into the ground over the summer, what with those large drain holes. But a nice hard tug should break it free when it's time to move before winter. 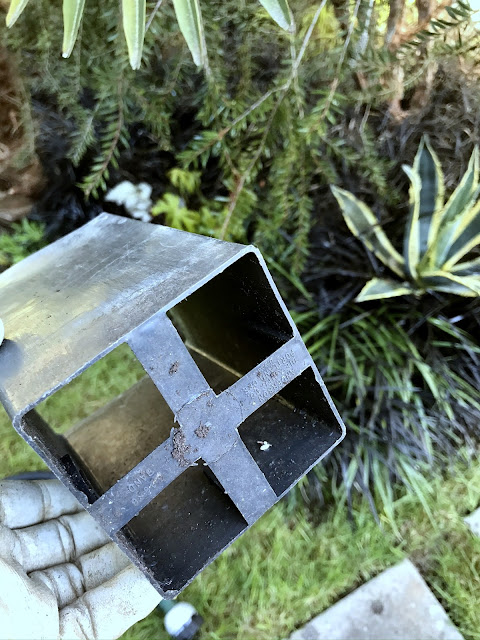 Everything's better with an agave... 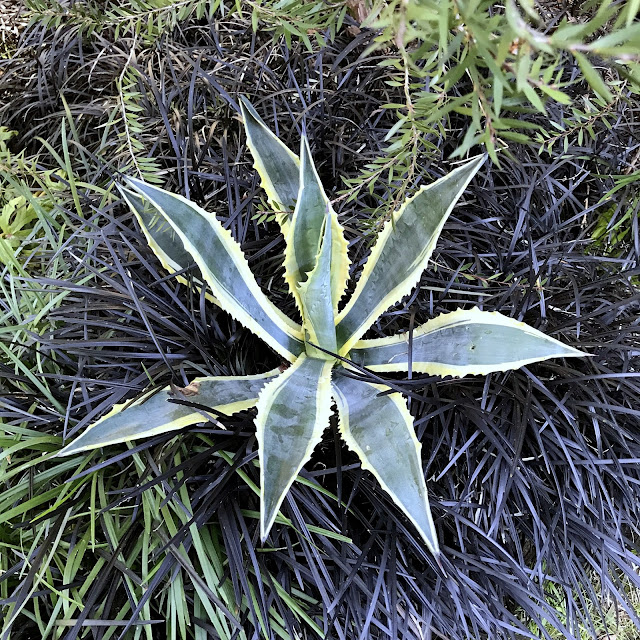