It's not just a play on words, fungi really are fun. In my compact city lot I've discovered things such as dog vomit slime mold aka Fuligo septica (which admittedly is no longer considered a fungi but hey, work with me here) and Peziza fimeti, a strange growth that looks like a brown silicone cup. My latest discovery are the these thin white fingers which go by the name white worm coral...also fairy fingers or white spindles... 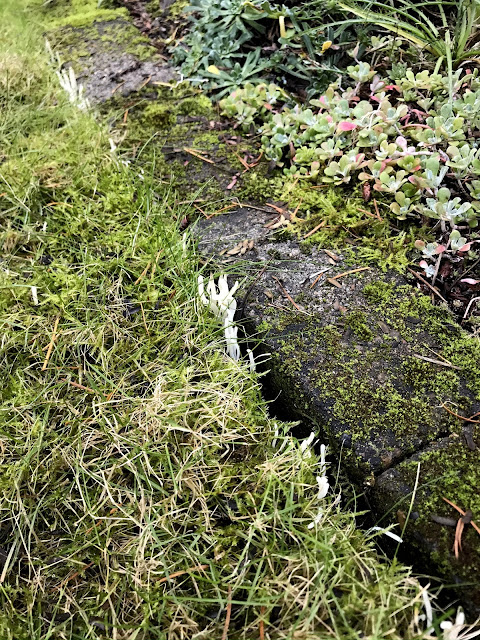 They're reaching up from the space between the lawn and the brick edging, which is actually kind of creepy. 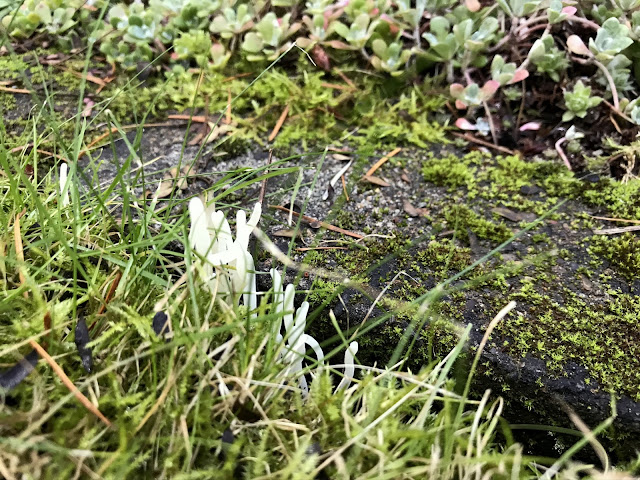 Their real name is Clavaria fragilis, well, unless it's not. This Wikipedia article says there are are several other small white coral-like fungi with which C. fragilis may be confused. 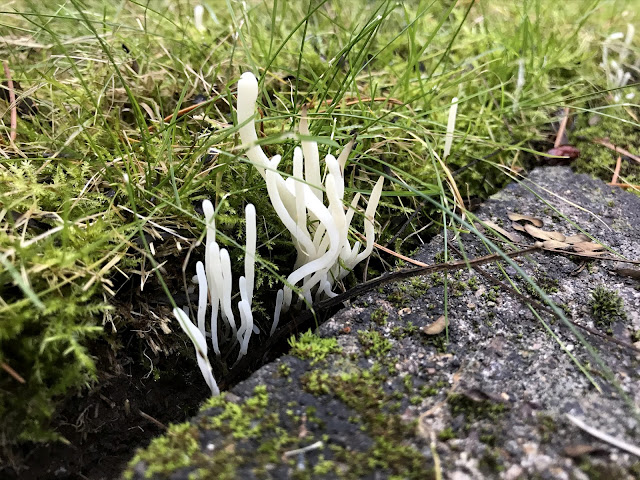 Clavaria fragilis is said to be found growing in woodland litter or in old, unimproved grassland. While I'm not sure my small urban garden qualifies as either I do love the idea of it. 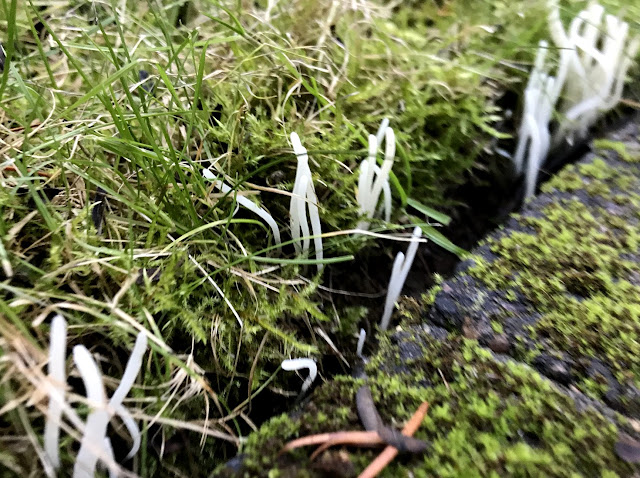 From the same Wikipedia article: "One field guide says "its flesh is tasteless and so delicate that it seems to dissolve in one's mouth." Its odor has been compared to iodine"... nope, I have not, and will not, be tasting them. 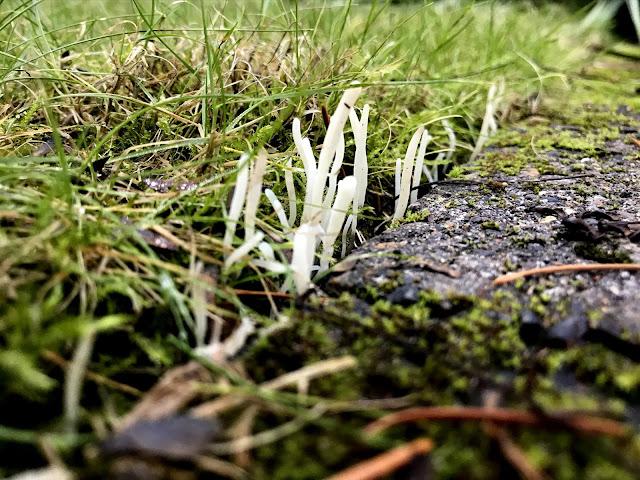 A few have sprouted up in the lawn, away from the edging. 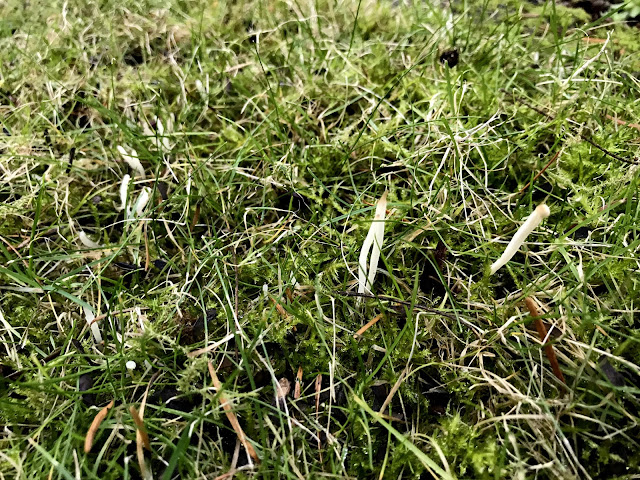 And now there's even a colony a few feet away next to one of the pathway pavers. They may be trying to stage a take-over...I'll be watching! 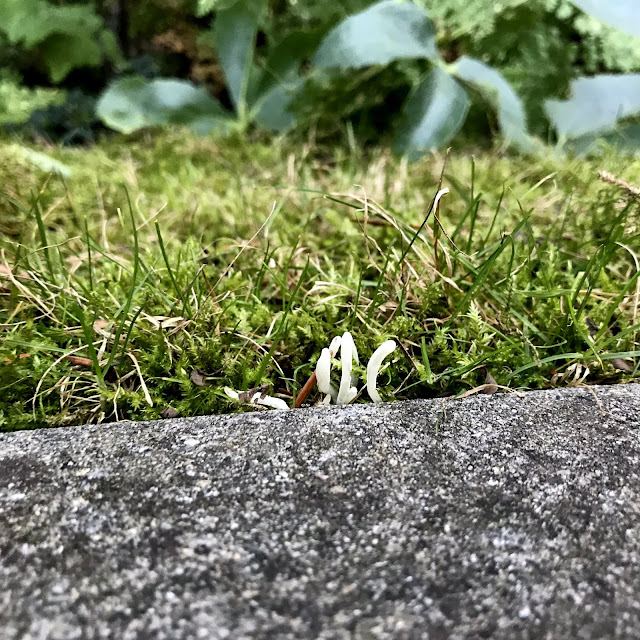