I had several alternative titles for this post:
Gardening with straight lines
Gardening within the box
Agave, cornered
Stand back!

And on, and on—but really it all comes down to agave abuse. Someone planted a couple Agave americana 'Variegata' in a spot they—and their offspring—would easily outgrow. Then they failed to do any maintenance other than chop the hell out of the poor plants. I briefly considered attempting to count how many agaves there are in this tangle, but quickly gave up. 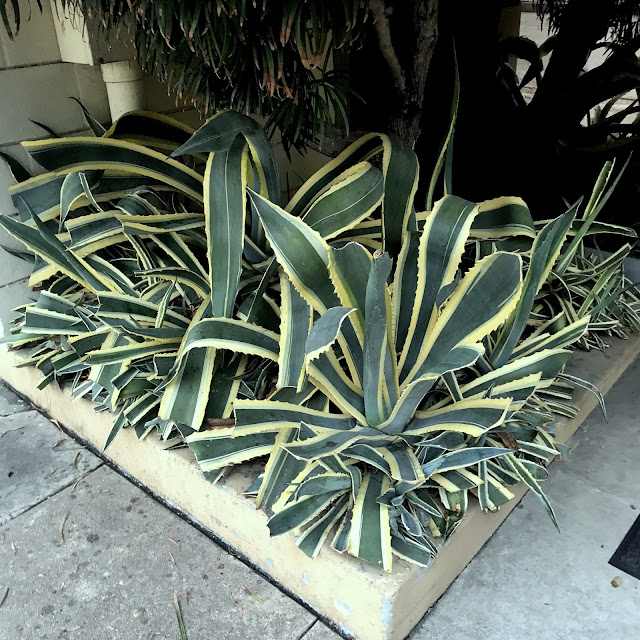 I wonder what they used to cut the leaves with such straight edges? 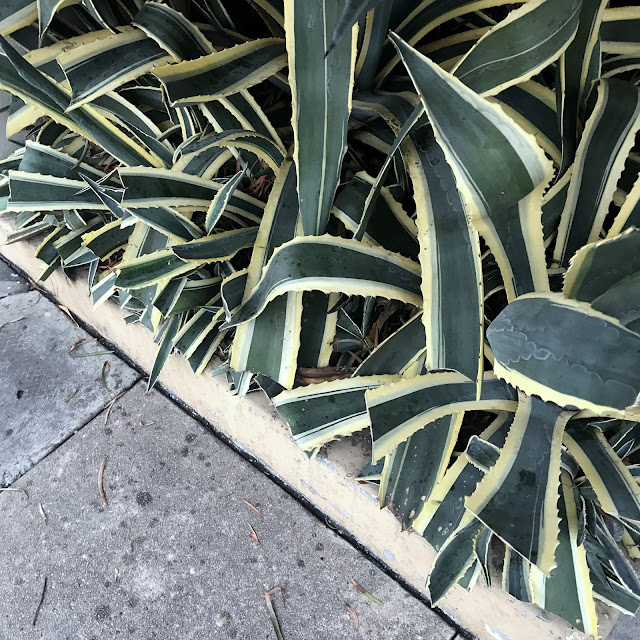 They even cut off the center of this one... 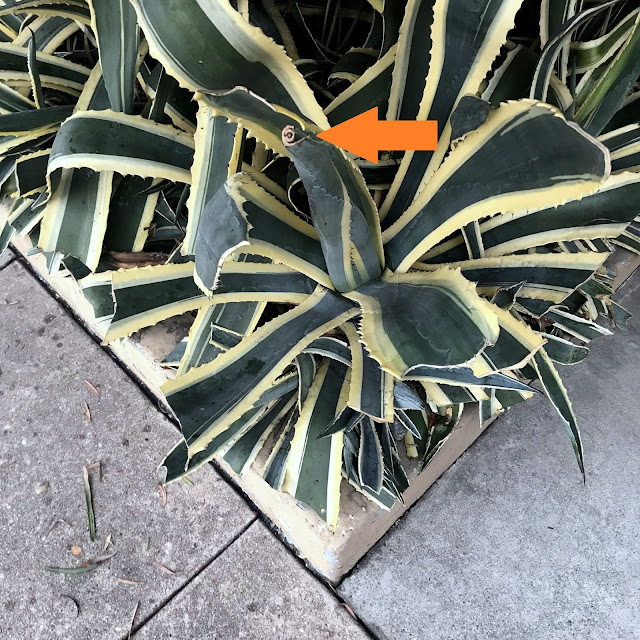 The crime took place just around the corner from a bookstore Andrew visited during our holiday trip to Southern California. I was parking to pick him up when I spotted the abuse. I should have got an overall shot but it was pouring down rain, so I didn't. Instead here's a Google maps image from August of 2014. Things looked quite a bit different back then. 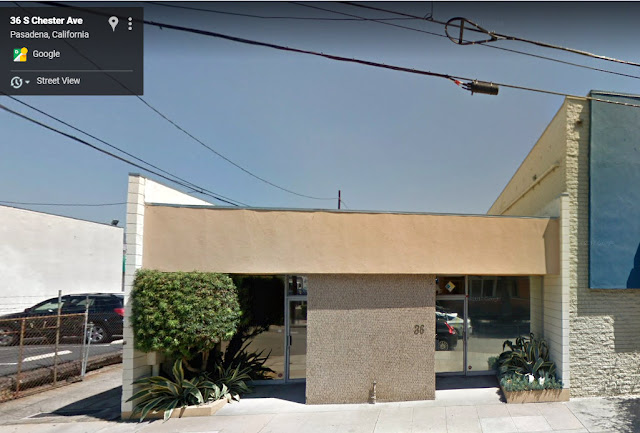 Here's what the agave on the right (in the photo above) looks like now. 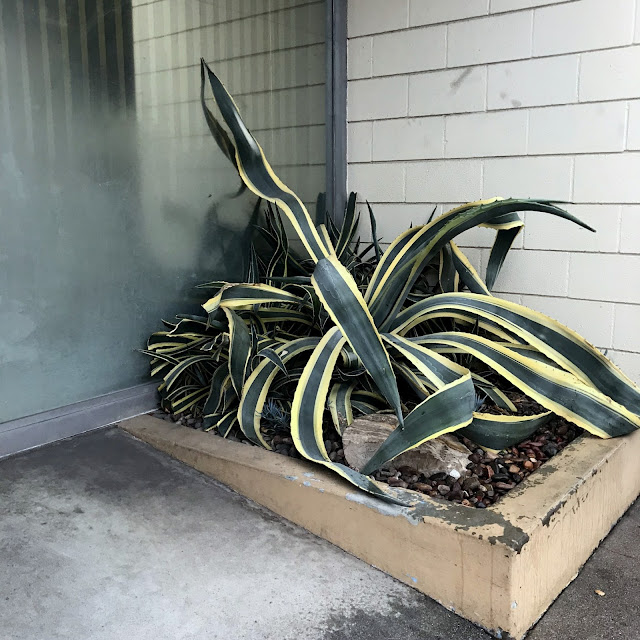 If I were to anthropomorphize the scene I'd say the big agave looks like a mama trying to protect her babies from the evil person with the blade. Yikes. That's not a happy thought. 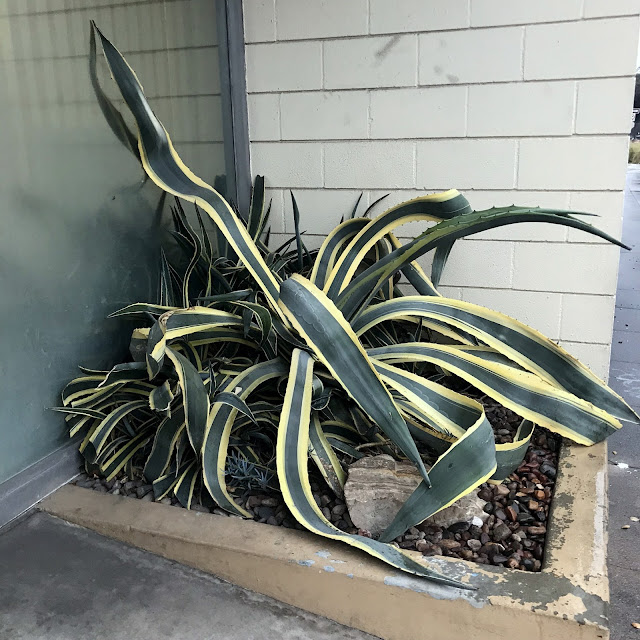 There lots more photos to come from this trip to SoCal, happy ones!