In a Vase on Monday; bells, and seeds, and galvanized metal lust

In my vase on this Monday are multiple — squiggly — steams of Moluccella laevis, aka Bells of Ireland. I've adored these cut flowers since I first laid eyes on them in the mid 90's at a flower shop near where I lived in Seattle. How could anything so crazy cool really exist in nature? I had no idea back then how many other crazy cool plants that were in my future... 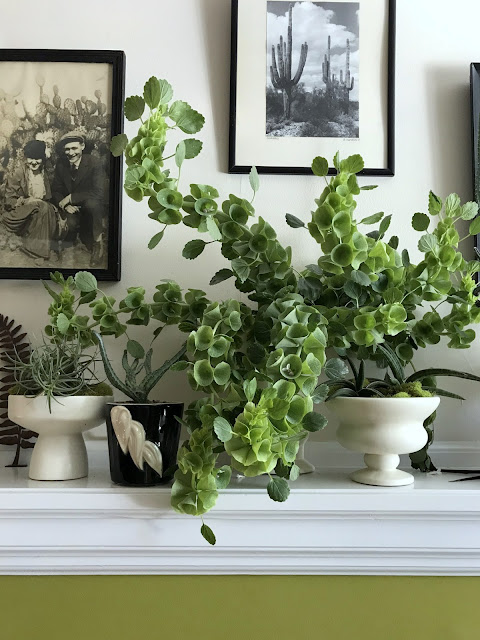 I grew these from seed, and after cutting a few here and there over the summer, finally broke down and cut them all, being careful to save the sections with dried papery calyces so I could harvest seed for next year's crop. 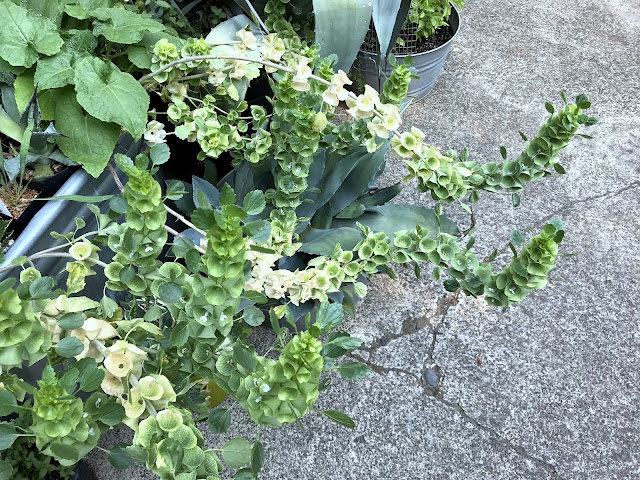 The brown center (orange arrow) easily pops out and splits into four seeds. Imagine how many seeds one stem could produce, since each whorled section theoretically made 24 seeds and there are many, many whorls per stem. 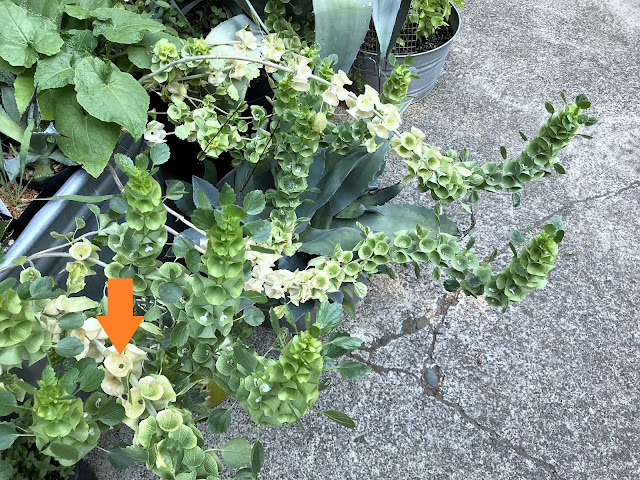 The green sections of each stem filled two vases, this is just one of them. 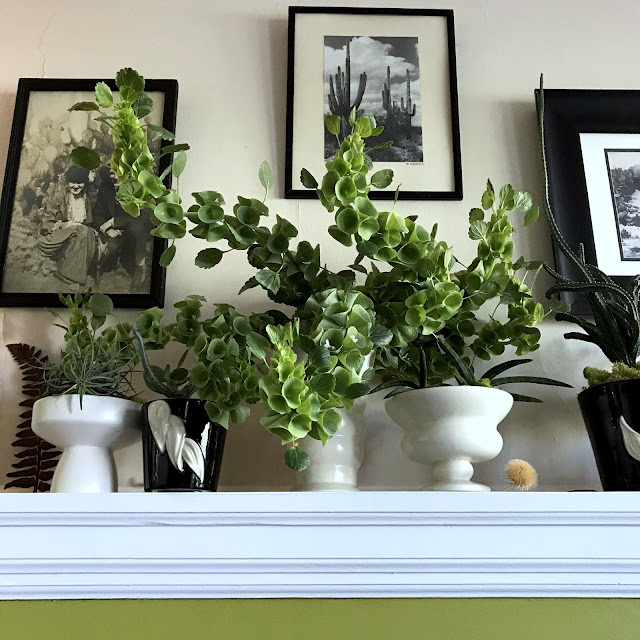 The light fragrance of these flowers is hard to describe, it's sort of fresh and a little minty (it is in the mint family). 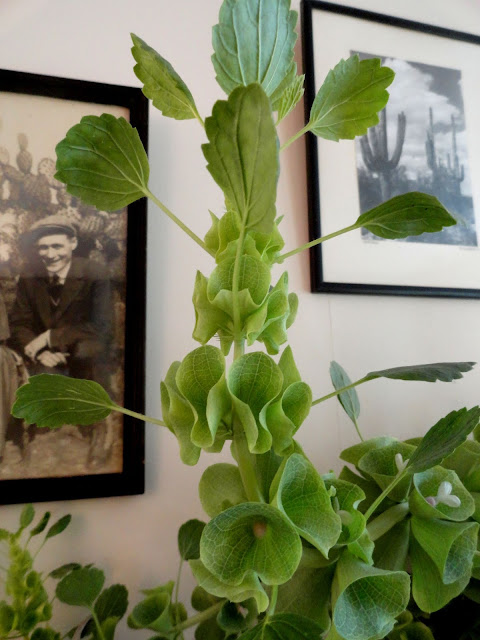 The patterns on the calyces are quite intricate. 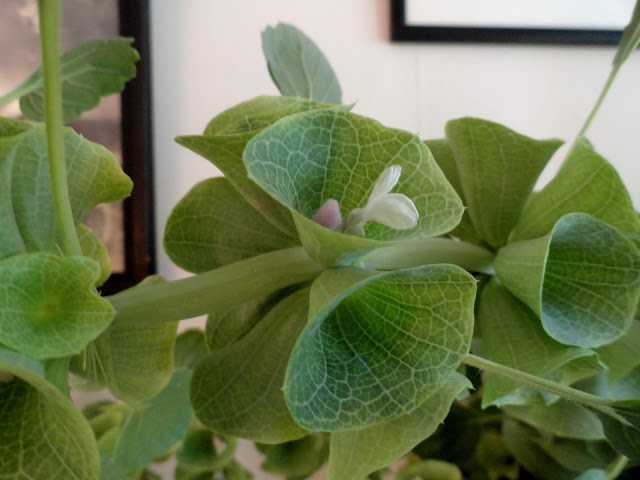 And the tiny white flowers are almost orchid-like. 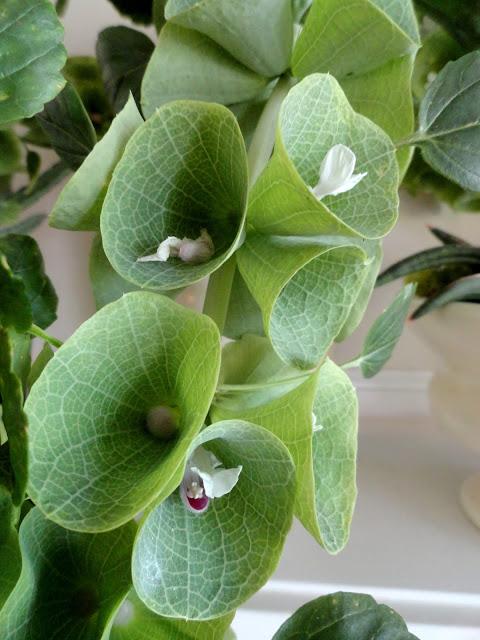 Best of all is how they bend and twist. 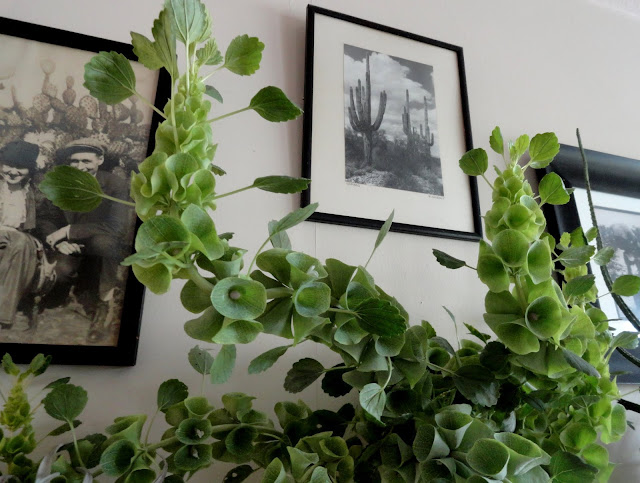 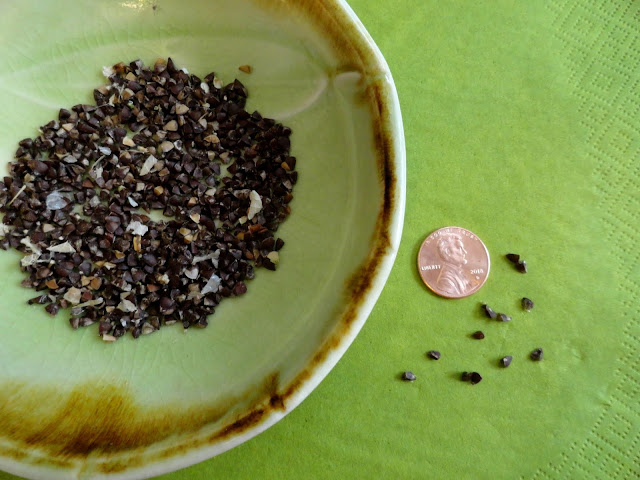 With so many seeds I want to be able to plant these around my garden next year, not just in the driveway stock-tank "cutting garden". I have read Moluccella laevis is best sown in place, but in my cramscaped garden that just doesn't work. So I'll need to start some of the seeds and plant them out. I was thinking of this when I saw these sexy seed trays on Gardenista last week. 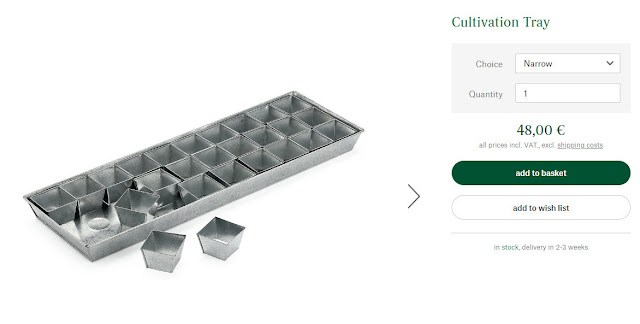 At 48 Euro the small one is $56 and the large is $85 and that doesn't even include shipping, which from Germany is certainly going to be a pretty penny. So I lusted, and moved on. (photos borrowed from Manufactum) 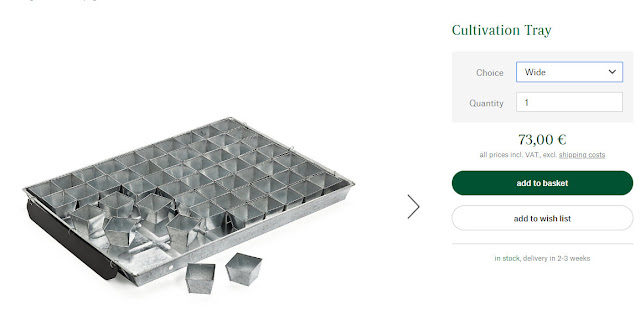 I started hunting for something similar from a US company and found this, from Gardeners Supply. At $35 it's not cheap, but a much better deal than the German ones. although they're so darn cute! 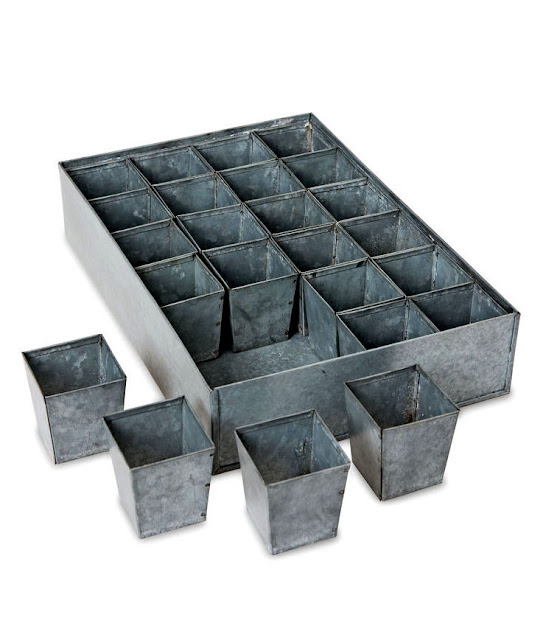 I've never been a big seed starter, although I have flirted with it here and there. Maybe having a fabulous galvanized starting tray will help? Ya, I bought one (photos borrowed from Gardeners Supply) 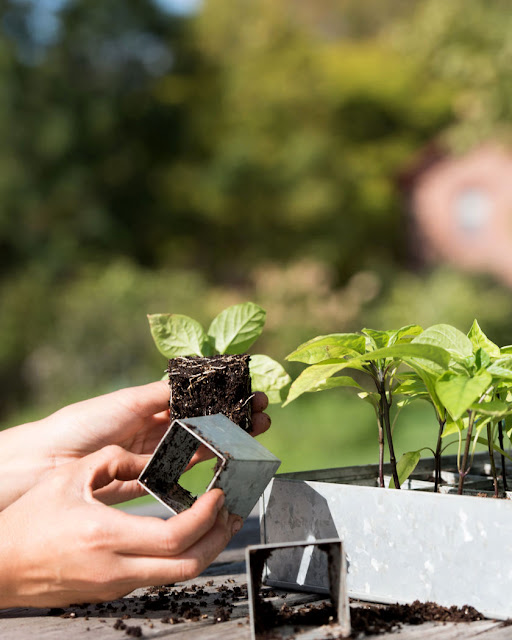 Labels: containers, in a vase on Monday, seeds