A labor of love

I should have a business card that says "Will work for Agaves"... because apparently I do. 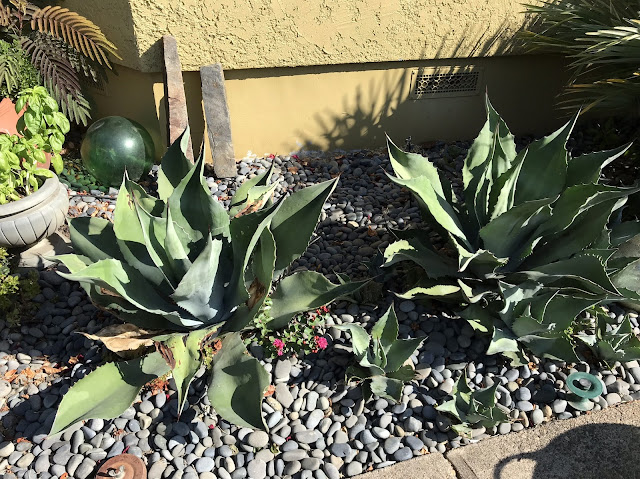 A house with an amazing garden, which I wrote about back in 2012 (here), recently sold and I was contacted by one of the new owners asking if I would help with identification on some of the plants they inherited. Of course! Then she mentioned they'd like to get rid of the pups popping up around a trio of agaves planted against the house. I said I'd be happy to take on that project. 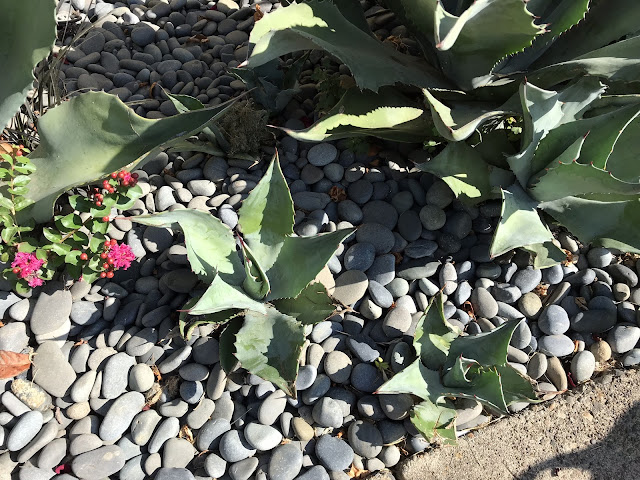 I returned about a week later and got to work. I came away with 14 Agaves, not bad for an hour and a half of work. Some of them came out easily, some of them fought back, the biggest issue was the previous owners installed landscape fabric, evil evil stuff. 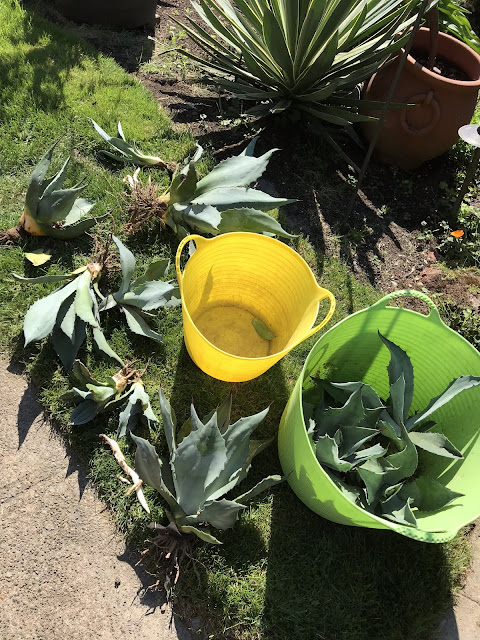 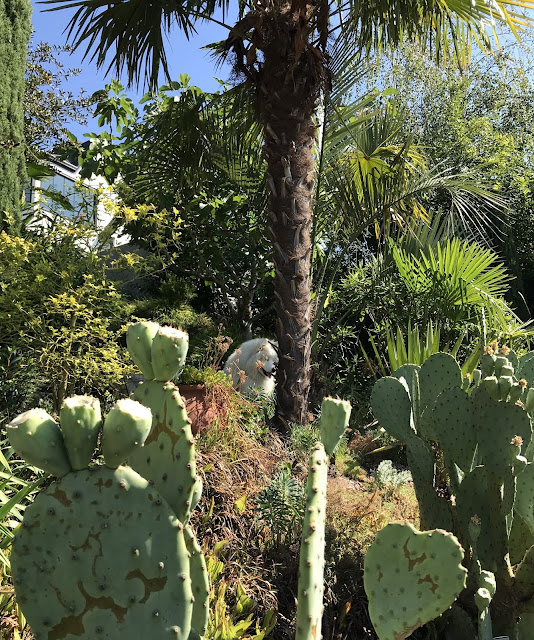 Once home I set about cleaning up my haul, removing broken or crispy leaves, and dealing with this! 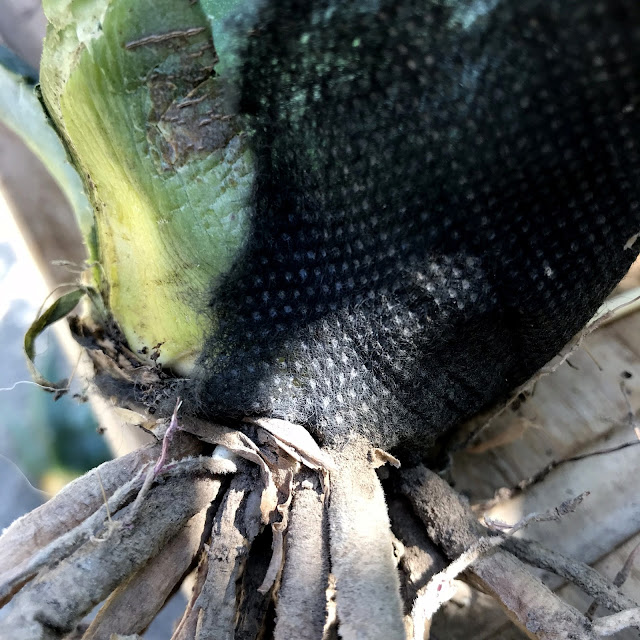 Yes in several places the landscape fabric had actually been surrounded by growing Agave tissue, kind of like when a tree meets a chain-link fence and just absorbs it into the growing trunk. 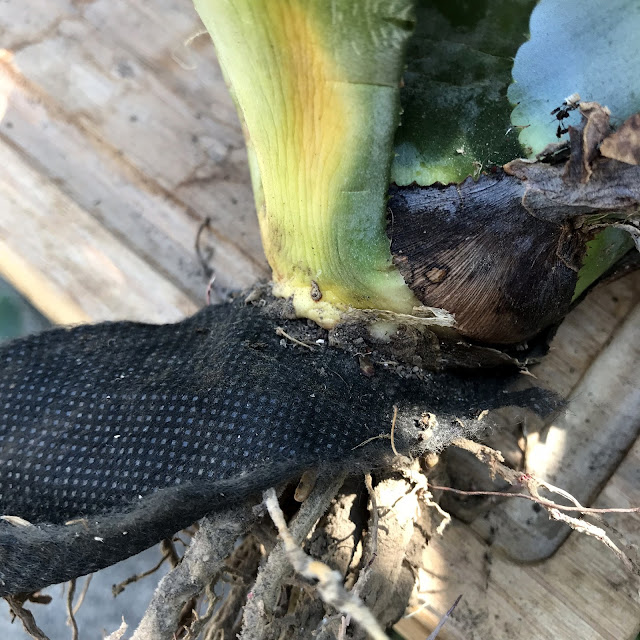 I tried to get it all out, but I'm sure there's still some fibers in there. Not that it will bother the plant. 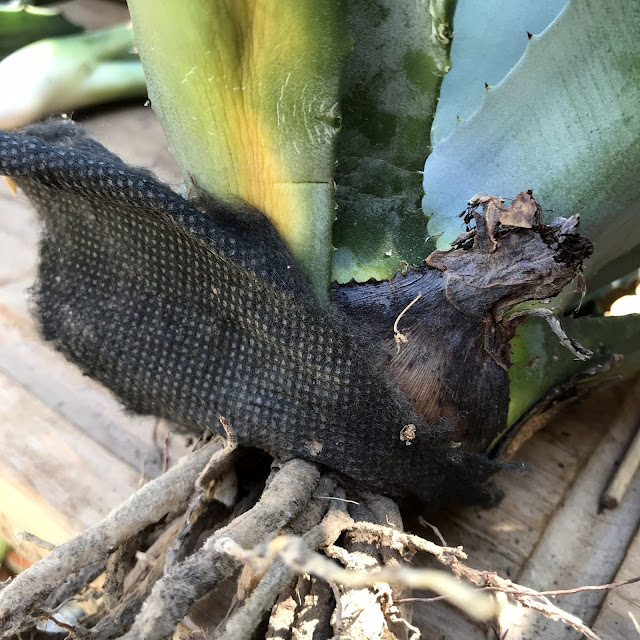 Here are my new adoptees, after being cleaned up. 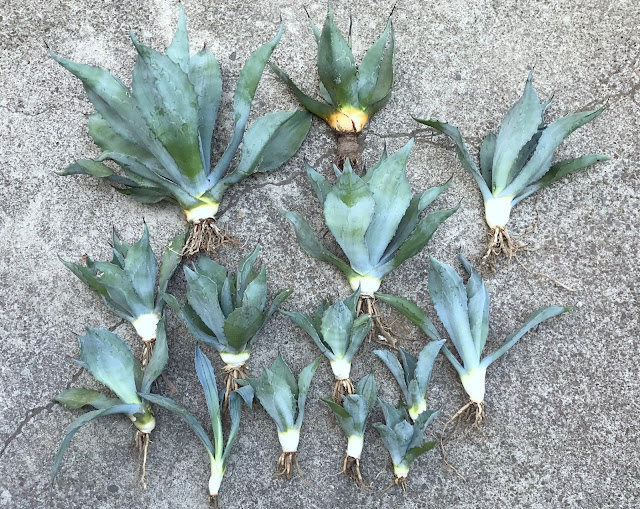 Are you wondering why type of Agave they are? Me too. I contacted the previous homeowners and asked if they knew what the three Agaves up near the house were. I was told they were pups that had been removed from the big guy further down the slope, this one (photo from 2012)... 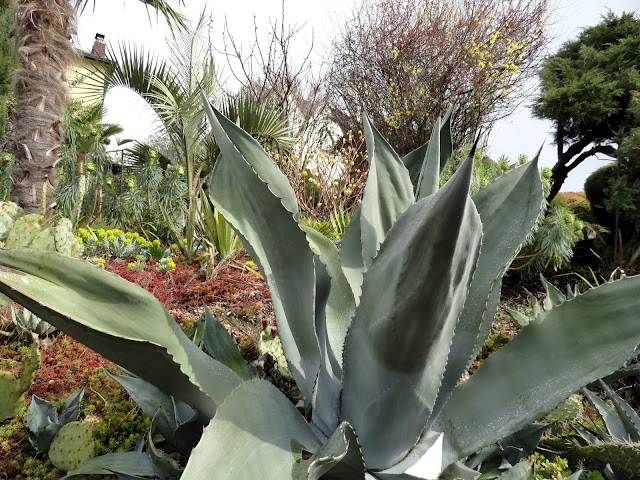 So my new pups are grand-babies of this beauty, which I've been told may be Agave salmiana. I would have never guessed, they're so blue, where as this one is so green (again, photo from 2012). 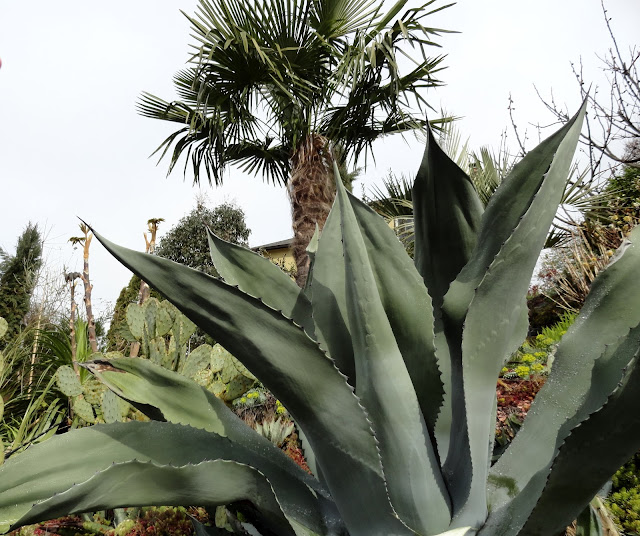 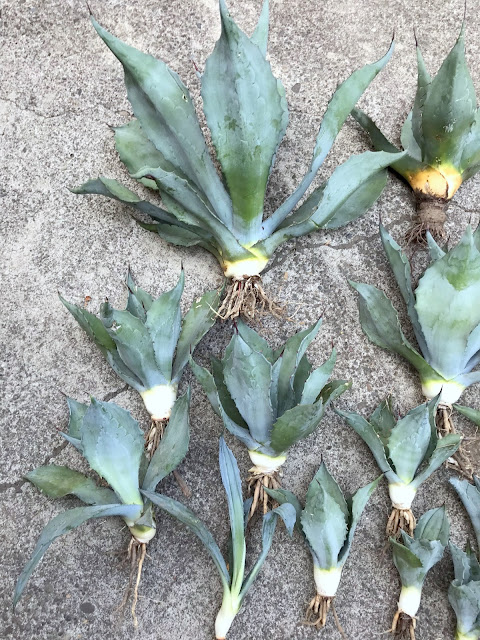 And giving some away to friends, because I don't really NEED 14 more Agaves, do I? 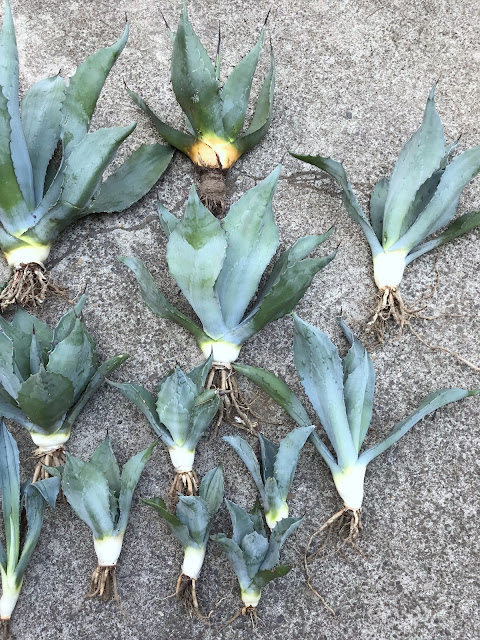 Happy Labor Day to my readers in the U.S., I hope you get a chance to labor in the garden today...