"The Desert Next Door" — my garden is in Sunset Magazine's June issue!

I like to think of it as a little Ruth Bancroft magic. Back in August of 2016 I attended the the media preview party for The Bold Dry Garden, the fantastic book from Timber Press on Ruth and the garden she built. Johanna Silver, the books's author, and at that time garden editor for Sunset Magazine, was there and we chatted. One of the things we talked about was my garden — she brought it up, really! Johanna kept in touch and then pitched my story to the decision makers at the magazine, they loved it, especially my then and now post from October of that year. 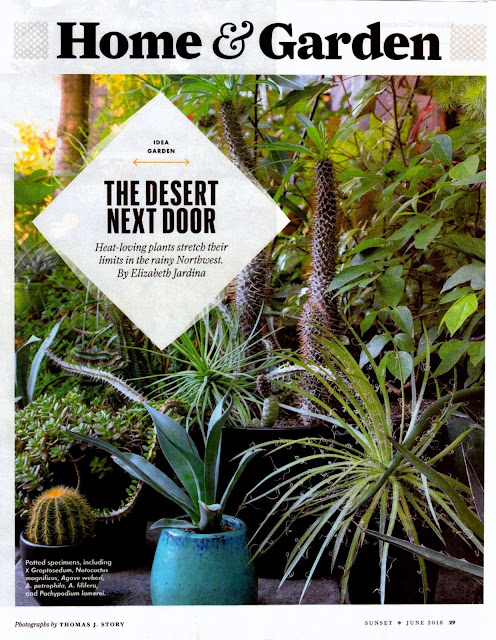 Nearly a full year later, last July 29th — a scorchingly hot one, as luck would have it — Sunset flew a crew of three up from the Bay Area and they spent the day photographing my garden. I was told the article would run in the May 2018 issue. I shelved my excitement and got on with things. In the following months Sunset was sold, Johanna and Sunset parted ways, and I thought my story would be filed in the "oh well, we thought it was a good idea" bin. But nope, it's real! 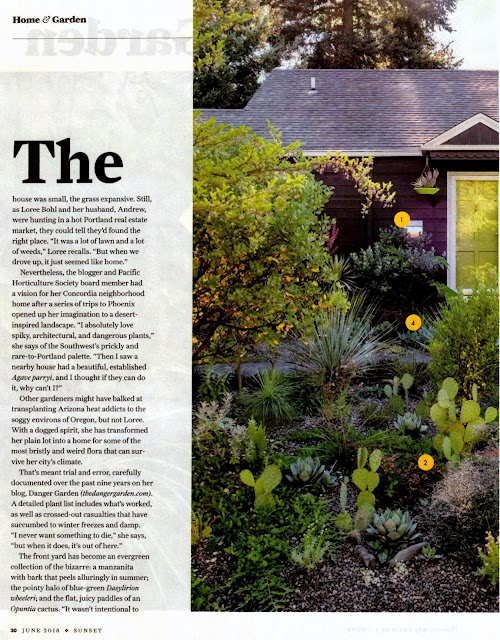 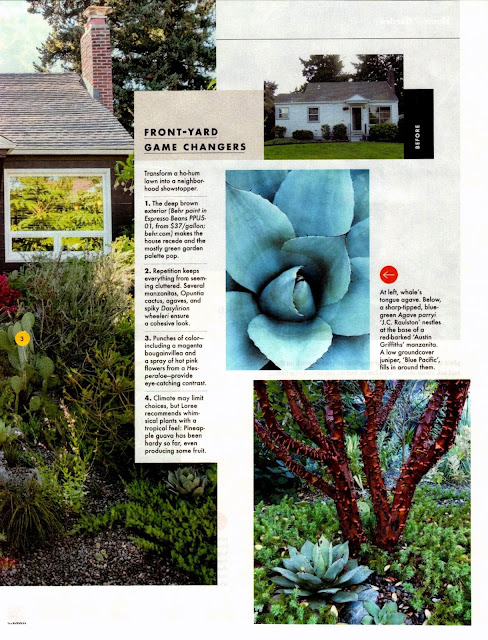 The two page spread as it appears in the magazine... 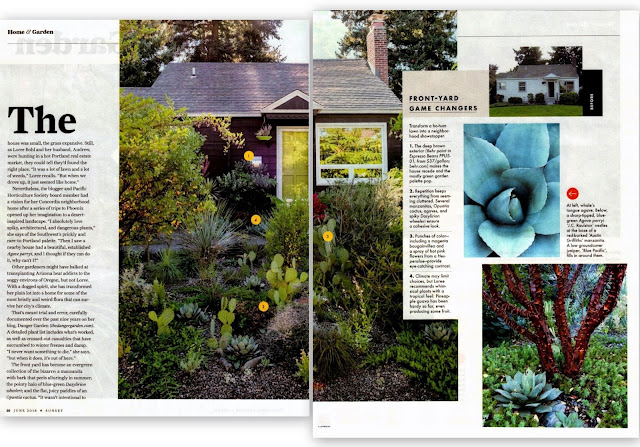 The June issue hits the news-stands tomorrow, Friday May 18th. The article is also available online, here, but the online version has a different headline: "How to Grow a Desert Garden Anywhere". I'm kind of giddy about the print headline: "The Desert Next Door", it just makes me smile. 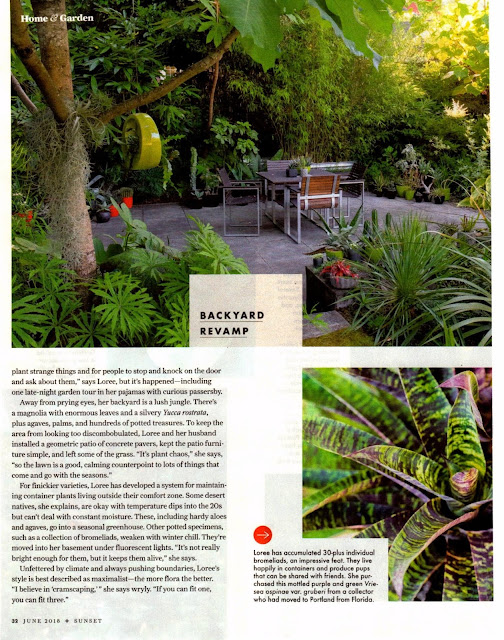 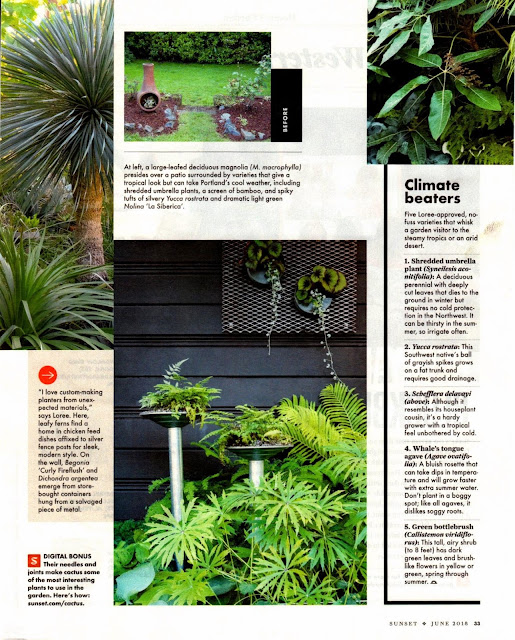 And again, the two page spread... 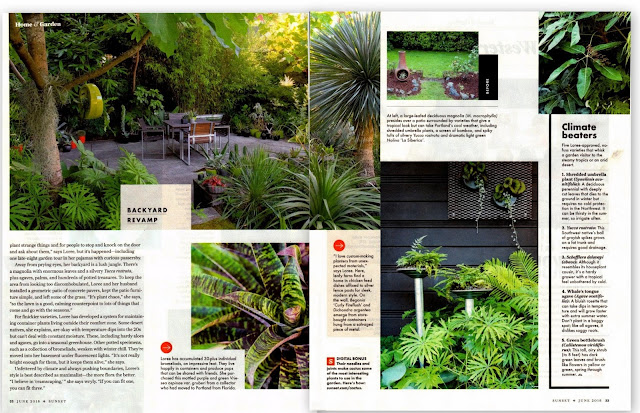 It was an interesting process; seeing what caught the eye of their photographer, Thomas J Story, working with the writer Elizabeth Jardina, and senior garden editor Mike Irvine. The layout must have morphed a dozen times as they asked for plant IDs in a handful of photographs one day, only to be followed by more the next (many of which don't show up in the 5 page story). But, it's gonna be on newsstands tomorrow...and I'm thrilled!