Who did it first?

Strolling down E. 4th St, on our first evening Austin, Andrew and I spotted these excellent dish planters. Before I could say anything he said "they stole your idea!" Ha, he's great that way, assuming the best from me, like I could possible be the one to have come up with such a fabulous design. 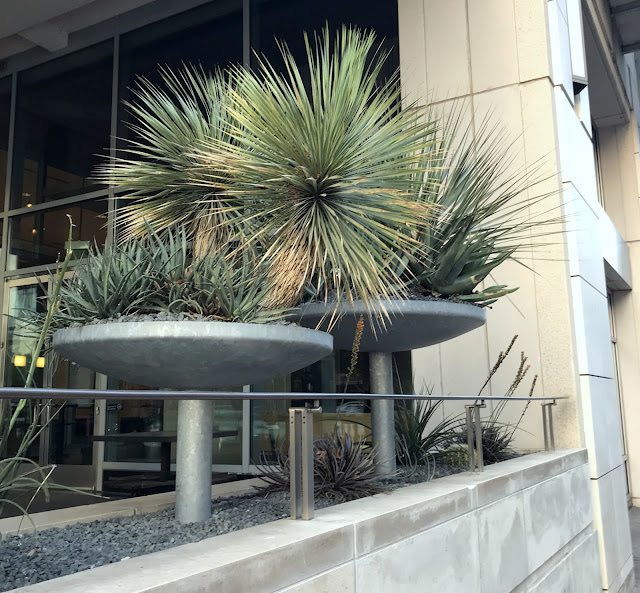 No I simply put my spin on it, with the materials I could find (photos here, if you're unfamiliar with mine). I do wonder though, who did it first? I tend to think it may have been the Big Red Sun (see photos of their signature steel dishes here), a design company / retail shop originally based in Austin, but now in Venice, CA. And since these are in downtown Austin I wonder if they are from the Big Red Sun?

Whatever the case I love them, and applaud their cramscaping ways. 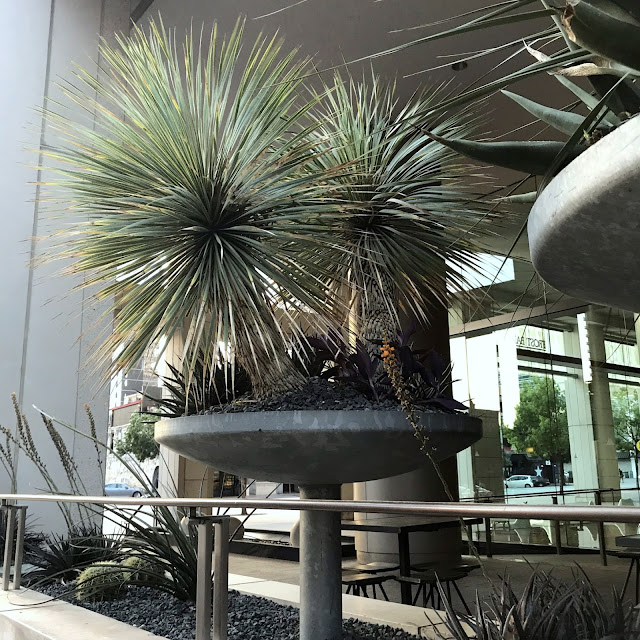 People often look at my dish planters and worry about the shallow area for roots, ha! Mine have nothing on these, with those tall Yucca rostrata. 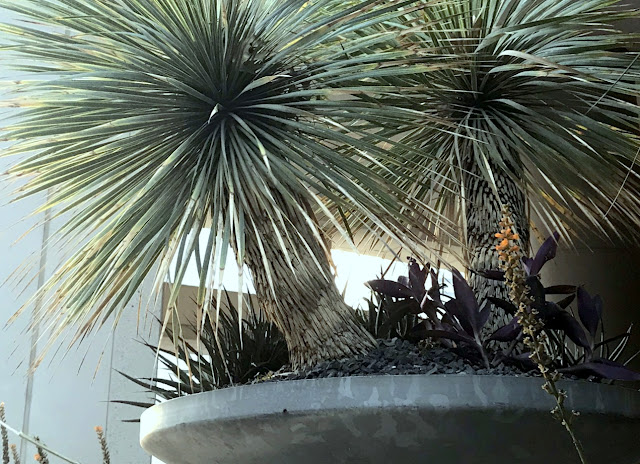 The Agave 'Sharkskin' look to have been a little abused. 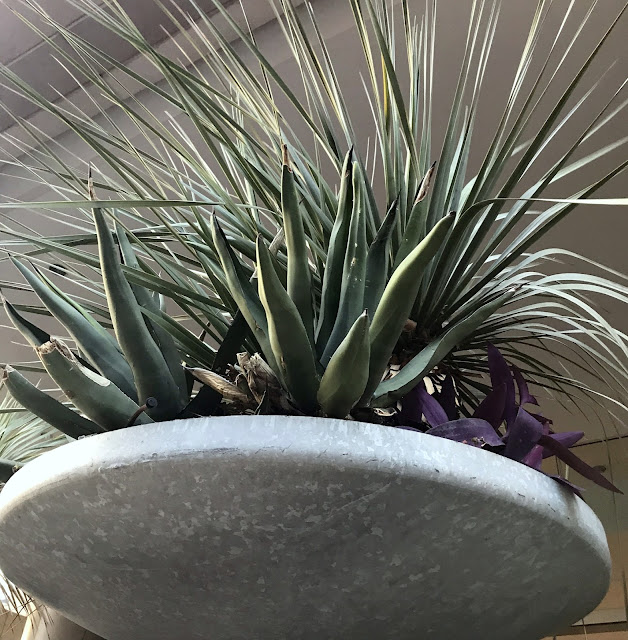 But wow, I would really like to have these in my garden! 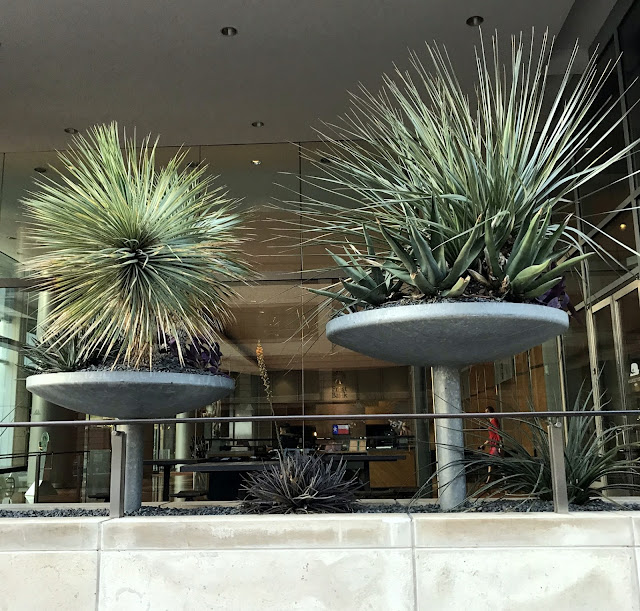 When I sat down to write this post I wanted to check my memory that we really were walking down E. 4th St, so I pulled up Google Maps. Then I realized Google street view might show a better photo of the installation my images, since since mine were all severe close-ups. Then things really got fun when I traveled back in time to see how it all began. Here's a screen-shot from June 2009, I see sweet potato vine, pencil conifers and pink flowers... 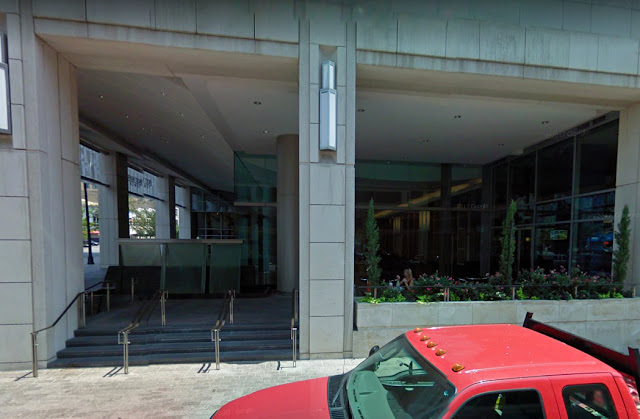 March 2011, one of the conifers has dissappeared... 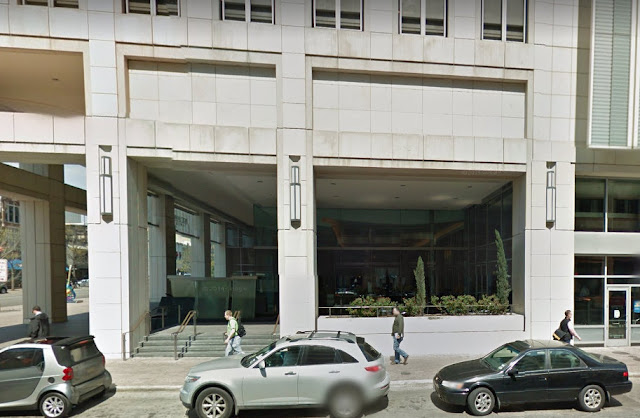 And the planters finally show up in February of 2014, but with Agaves and cement balls! 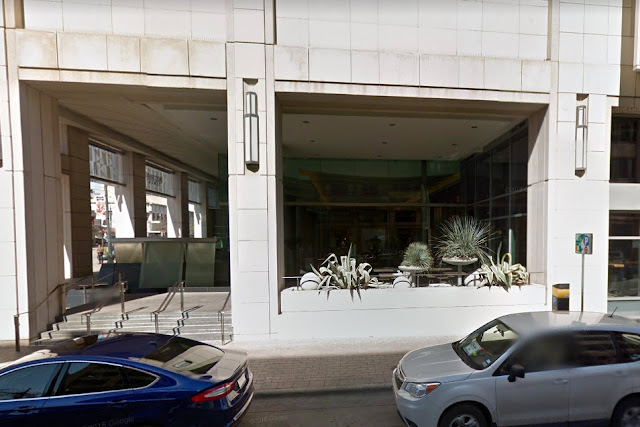 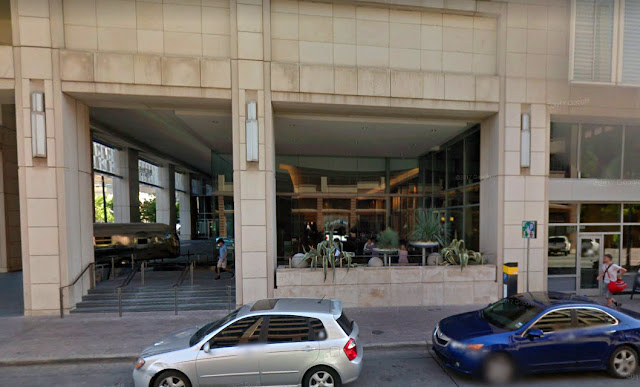 July 2014 — and note — it looks like the same plants have been in the dish planters all along. 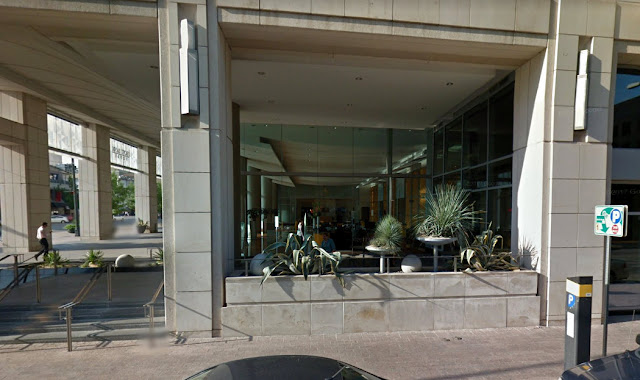 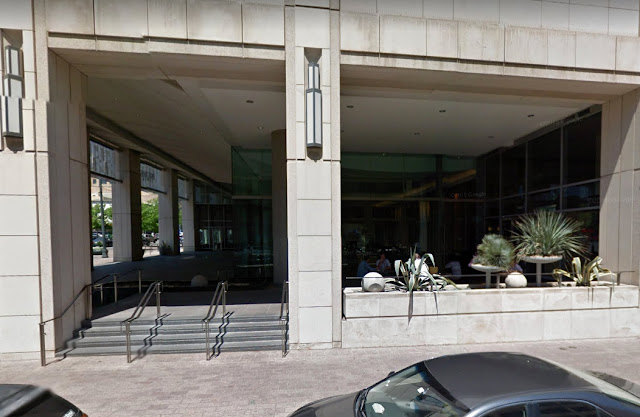 And January 2017, the most up to date image on Google street view. The Agaves seem to be shrinking, maybe that's why they were replaced with purple Dyckia and barrel cactus? 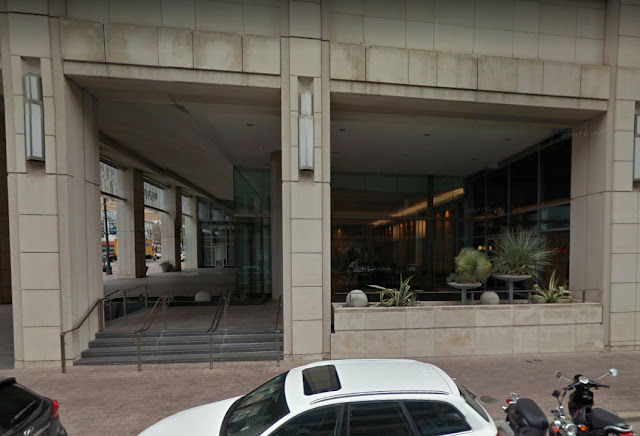