I passed this "in process" garden a couple of weeks ago and snapped a few photos, vowing to keep an eye on how it develops. There are many interesting details that I'm sure will explain themselves over time. 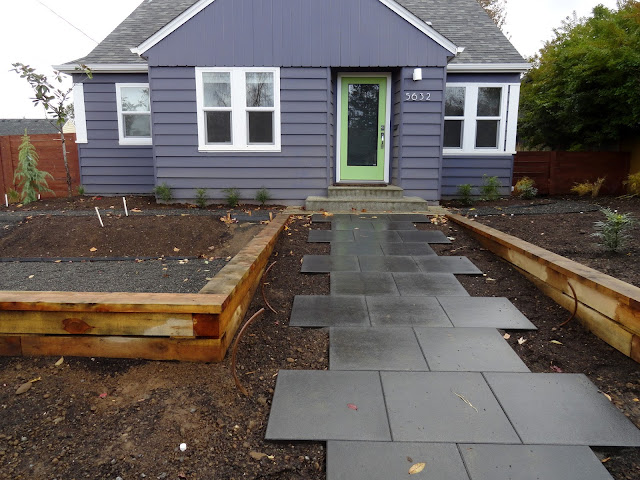 If you have a photographic memory the house might seem familiar. The image below was part of a post I wrote in February of 2016. I thought the tree was getting moved, but it was actually pulled and reinstalled. 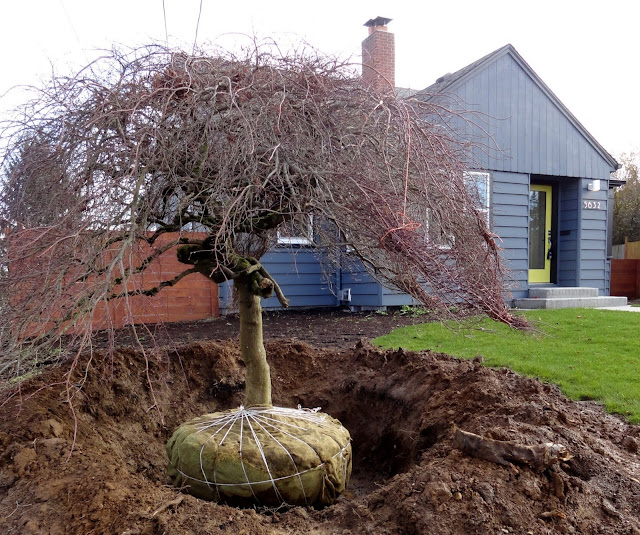 That was then, this is now. That tree is history (you'll see the corner where it used to be in photos below) and new landscaping has gone in. Did the house change hands again? Did the owners just decide to change things up? I dunno. I do like this pathway though. And the curved copper pipe seem to hint at lighting yet to come? 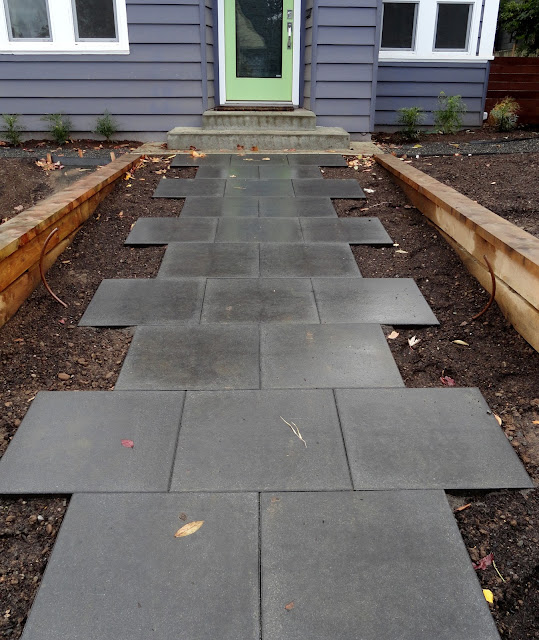 This is the biggest head-scratcher. A sunken gravel "living room"...with a steep soil entrance? So many questions. 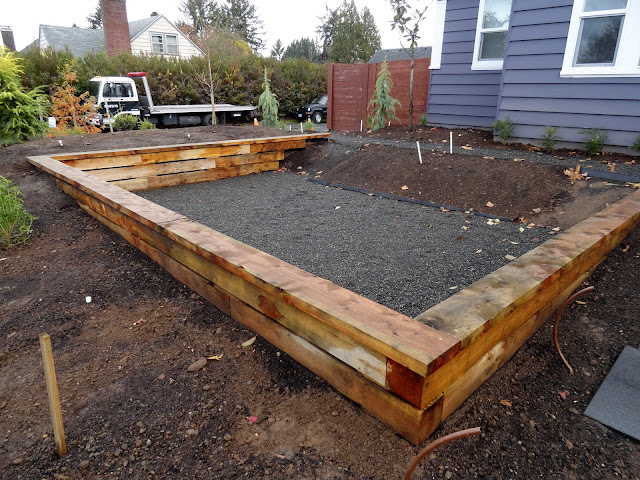 They really went to some trouble to dig out, and then shore up the walls. 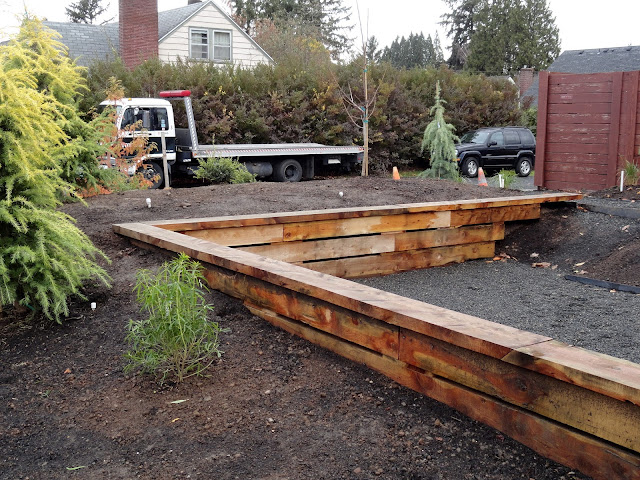 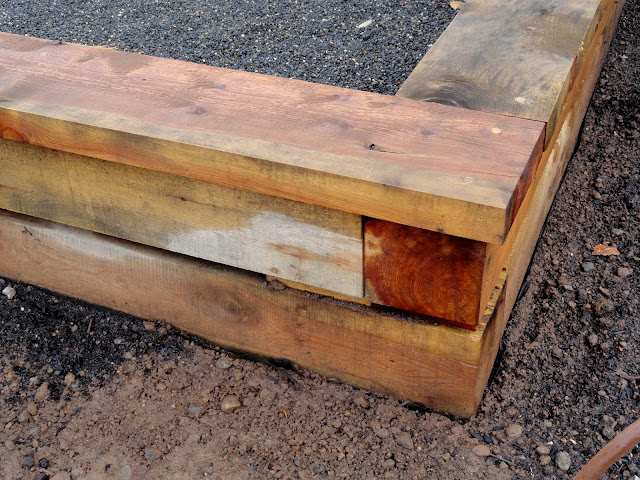 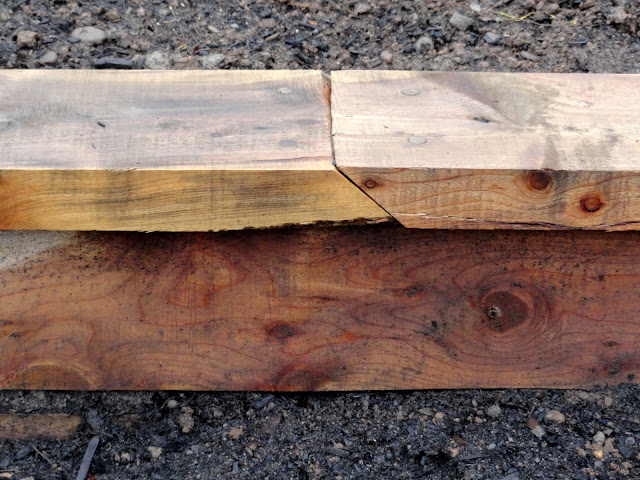 What so you suppose they'll use this space for? It's mirror on the other side of the front pathway is all above grade. 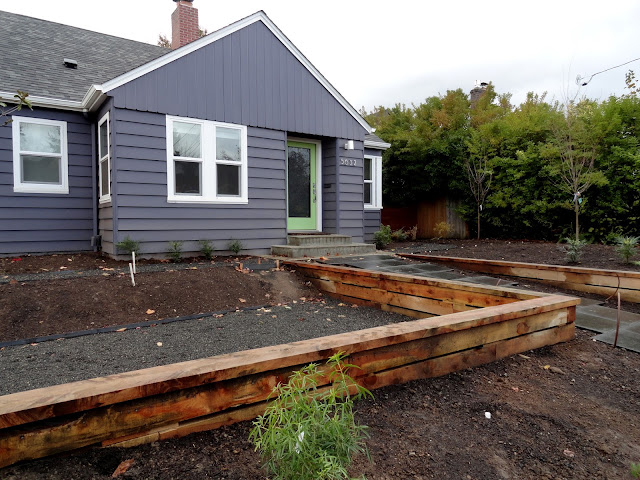 The plantings are all good solid choices, repeated for effect, like this Choisya sp. 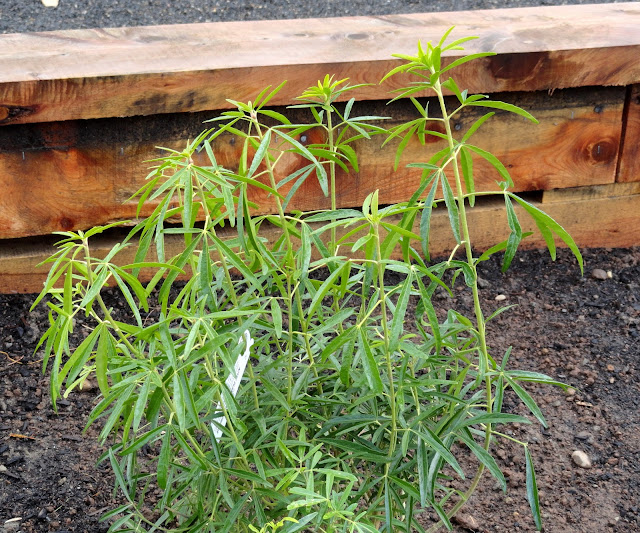 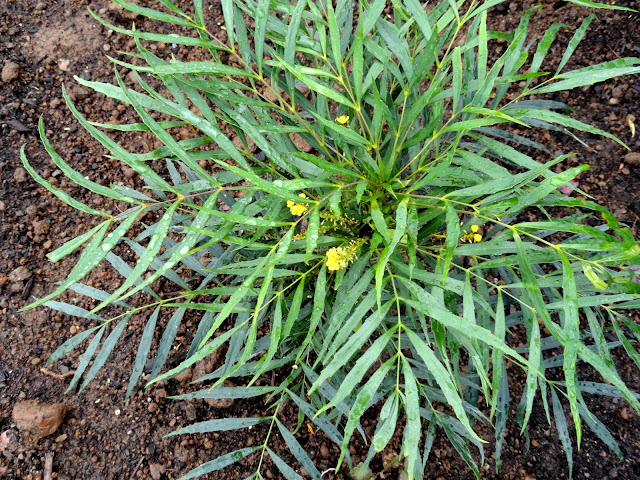 Here you can see more of the copper pipes I mentioned previously. 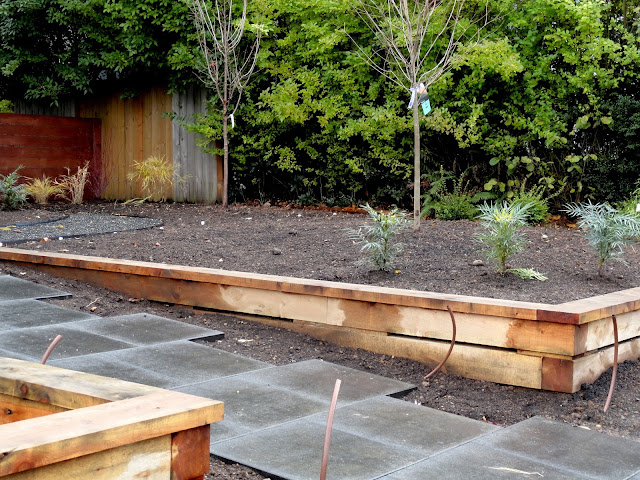 I love it when the companies involved put out signs, I wish they all did this. 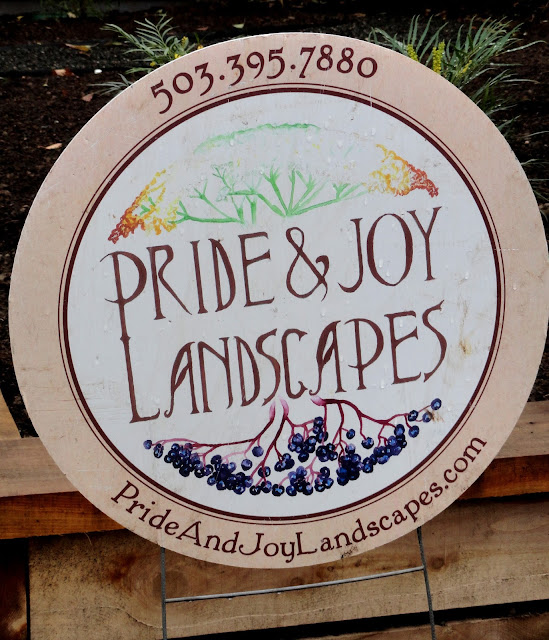 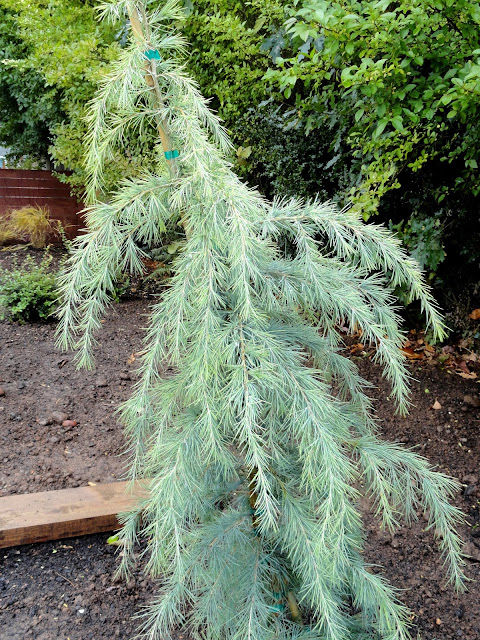 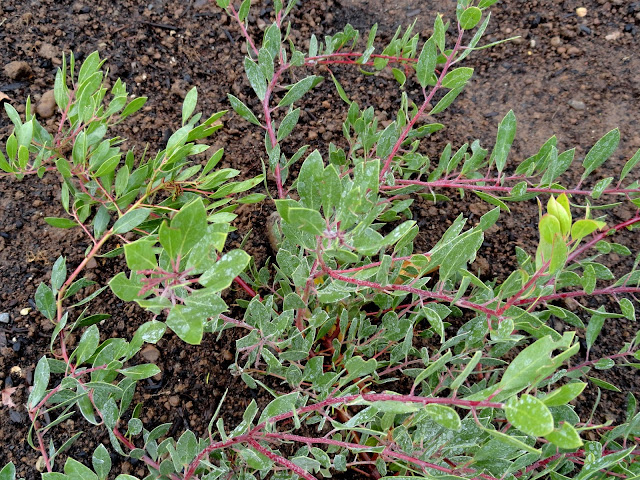 On the left, just slightly out of frame is where the burlapped Maple would have been. 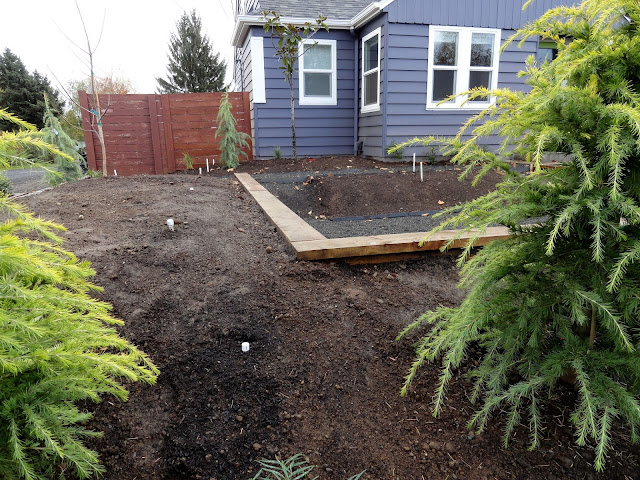 A new Metasequoia, via Friends of Trees. 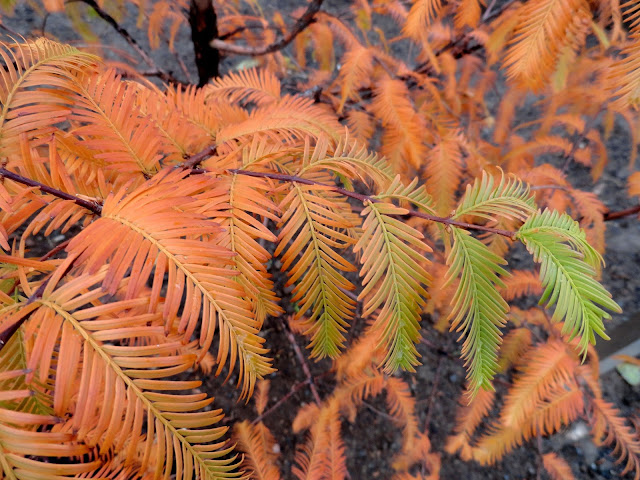 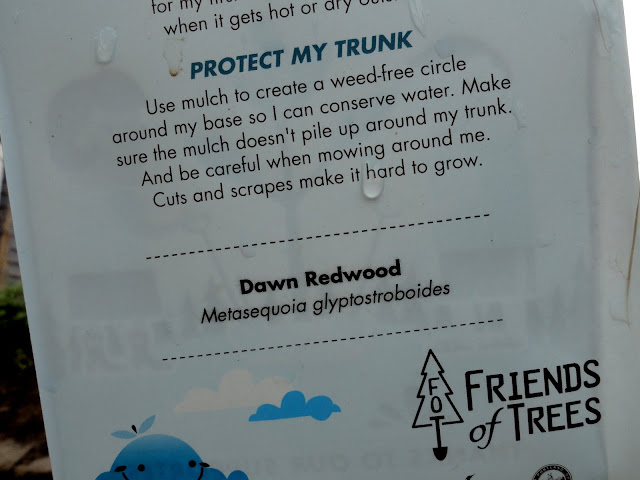 A final look at the front landscape.. 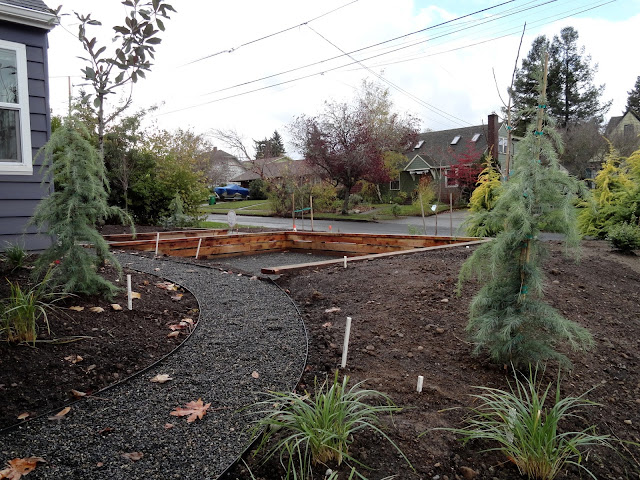 Before we stop to admire the pile of empty pots, I love this kind of thing. 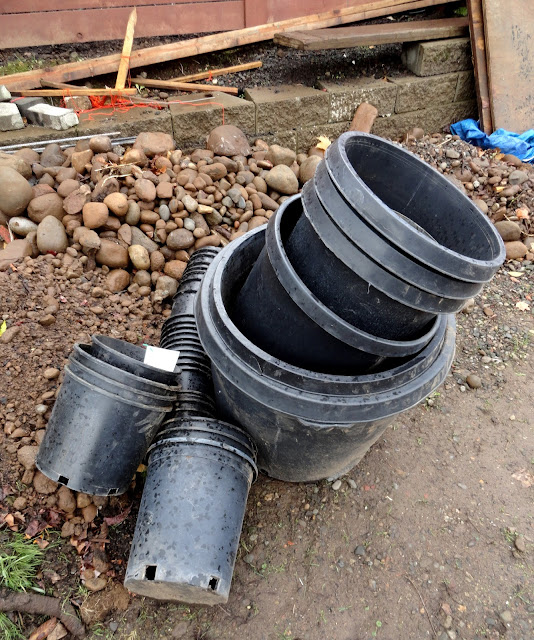 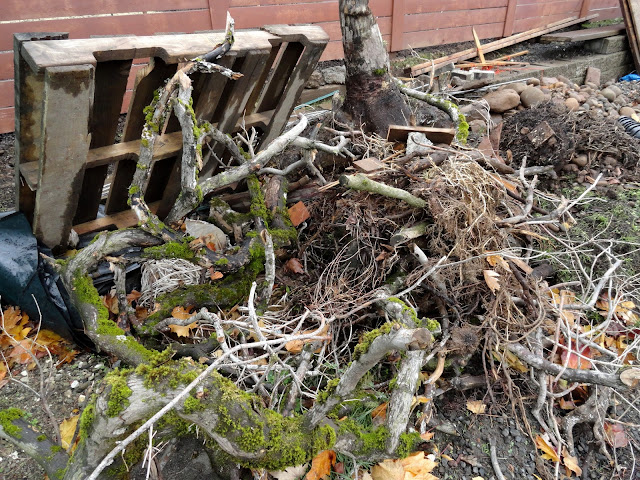 Hip carport and storage at the back of the property. One to watch. I will be filing future reports. 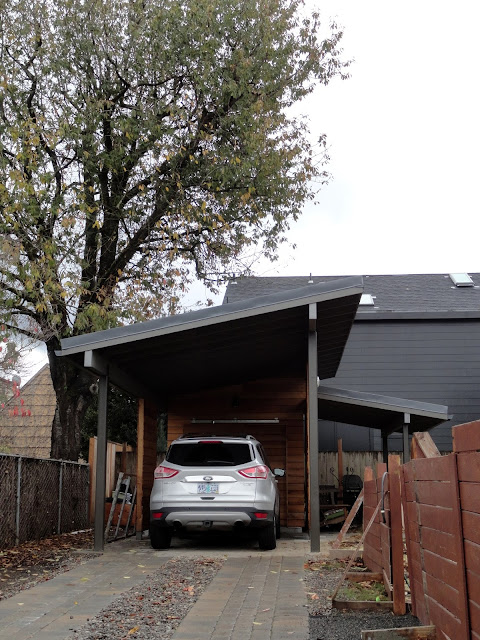 *update: I spoke with one of the homeowners and she reports the sunken area is indeed going to be a sort of patio/living room where they can be outside and interact with the neighborhood. The maple was a sad loss, they had hoped to save it.