Winter removed more than a few things from our garden. Probably the largest was the Acacia dealbata, and no, it's not coming back from the roots (yet?). I've also caused a few things to disappear. I previously wrote about the removal of a Magnolia laevifolia. Painful as it was. Hold on to your pants because it's about to get really crazy...

I cut down a perfectly healthy Arctostaphylos...that one with a slight lean just to the left of the front door (photo from September of 2016)... 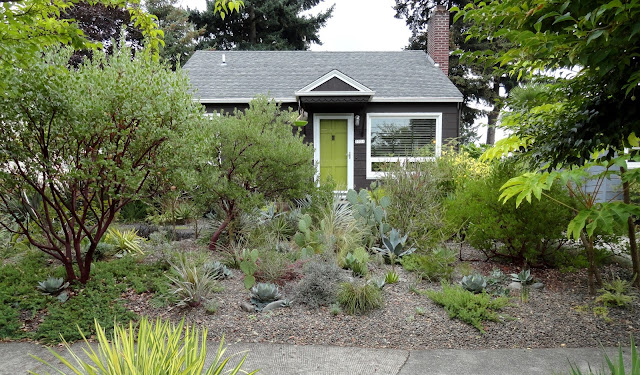 Looking at this "after" image the front garden hardly looks empty, right? But page up and you can see the difference. 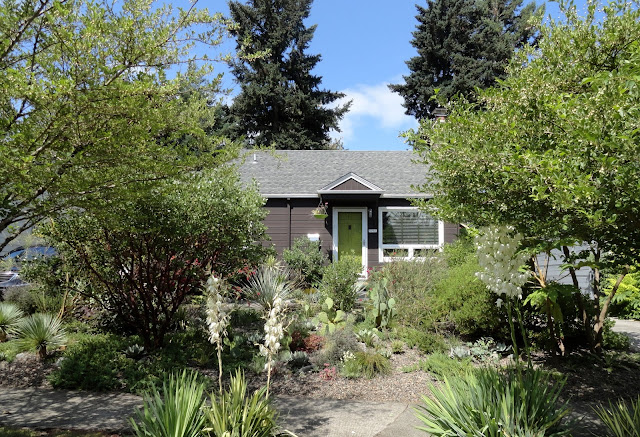 Why did I do such a dastardly deed? Well besides the fact the front garden was beginning to feel like a forest (a cool forest, but still...things were a little "intense"), this poor Dasylirion wheeleri was being shaded out and starting to be smashed. Which was just not acceptable. 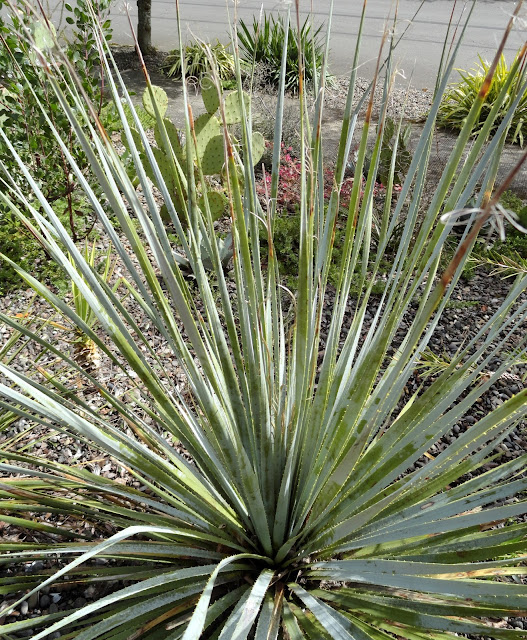 See how happy it is now? 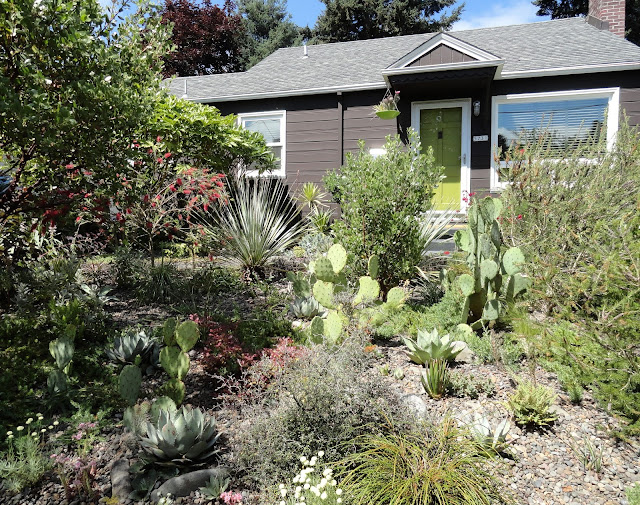 But back to the poor Arctostaphylos (A. densiflora ‘Sentinel’ if you want to know specifics). It was at the beginning of May when we cut it down and hauled it back to the (then empty) patio. It was kind of amazing how much bigger it was. Seriously, I had no idea how large it had grown until I saw it here, in an "enclosed" space. 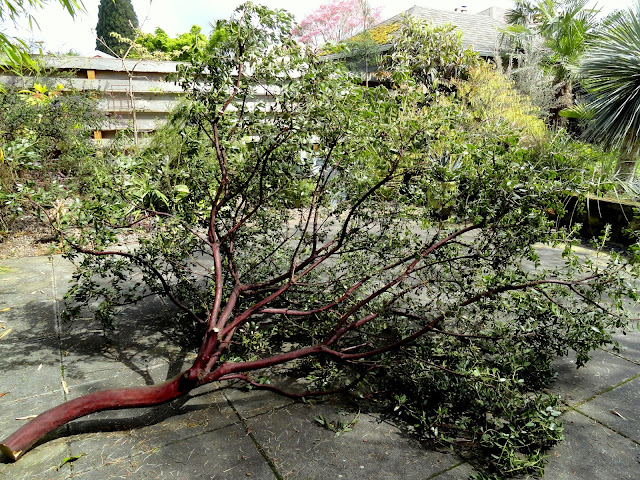 So why did we haul it back to the patio? Well that would have been the perfect place to gradually chop it up and put it in the yard waste container, but that's not what I had in mind...

Visiting the Miller Garden just north of Seattle (in 2013) left its mark on me. One of the strongest impressions was of an Arctostaphylos that had died, but been left in place. Symbolically I like the idea, but even aesthetically it was a huge win. The dark bark of the dead shrub was every bit as powerful as a living one... 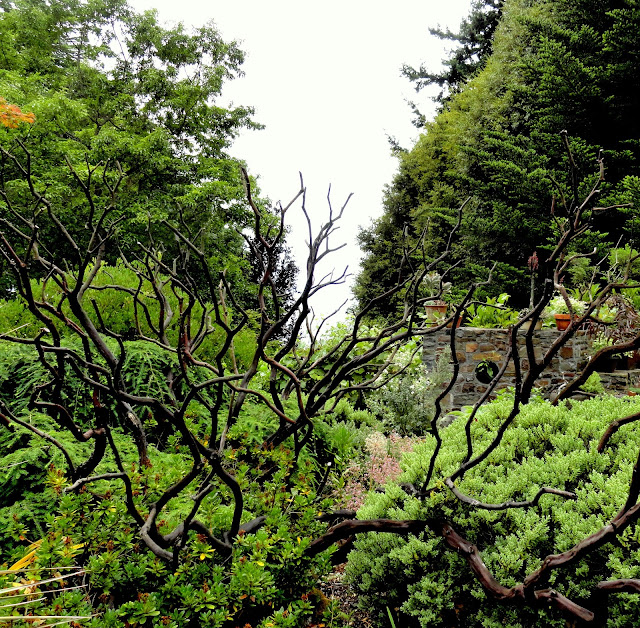 Sure it won't ever do the once annual shed... 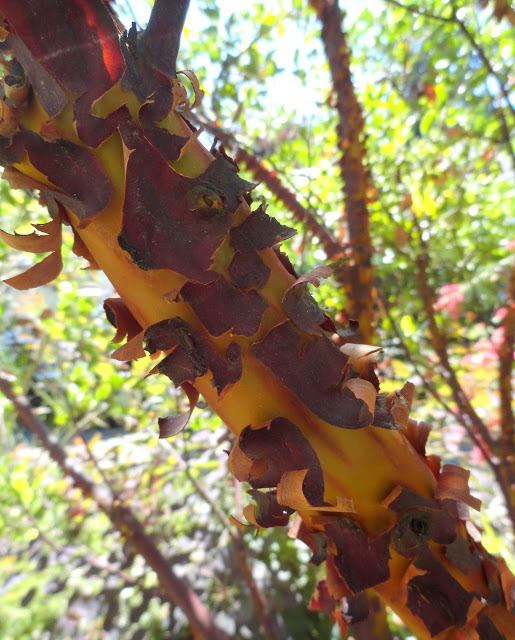 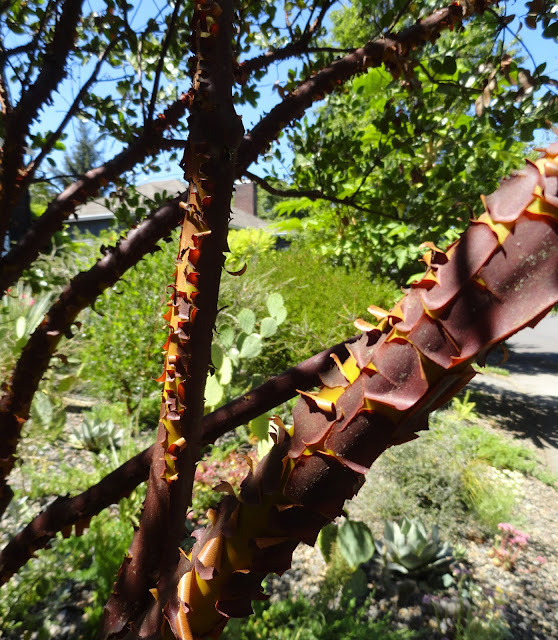 But that bark is still quite gorgeous, as is. 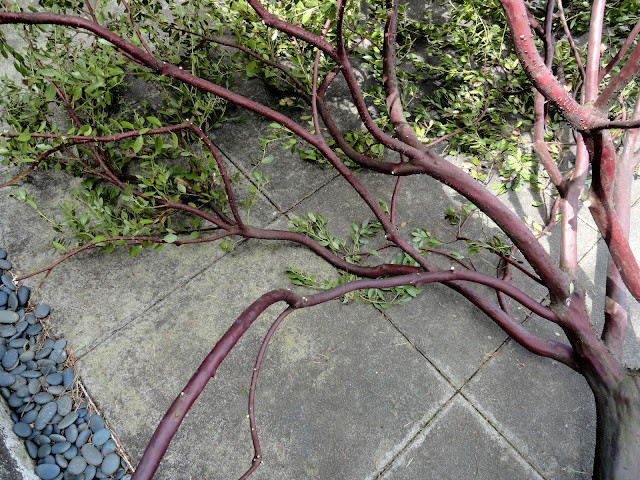 I just needed to do a little foliage, and small stem, removal. 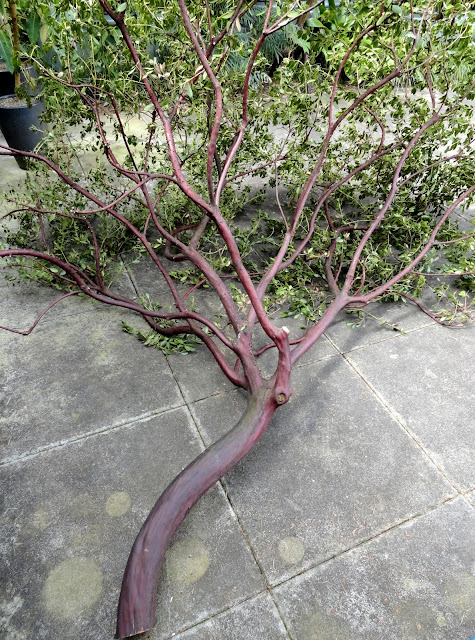 Then it was put in place, center feature in the stock tank to the side of the shade pavilion. 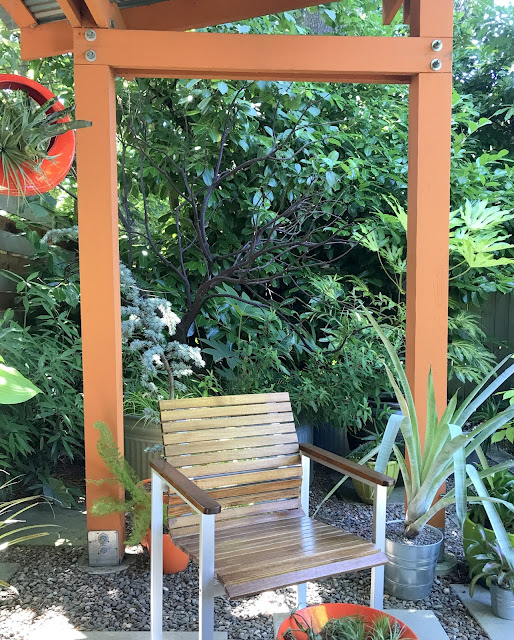 There used to be a pair of large Tetrapanax in the tank, however a plugged drainage hole resulted in root rot. And while the Tetrapanax will definitely make a return (as you may notice, it already is) there needed to be another focal point until then... 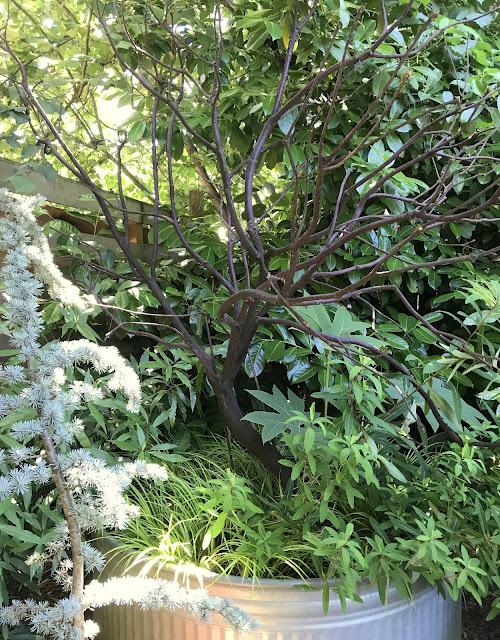 It's been interesting watching the changing sun angle and how it illuminates this corner. The dead Arcto had been lit in the evening, up until recently when the sun is now behind a neighbor's tree for most of the afternoon and evening. 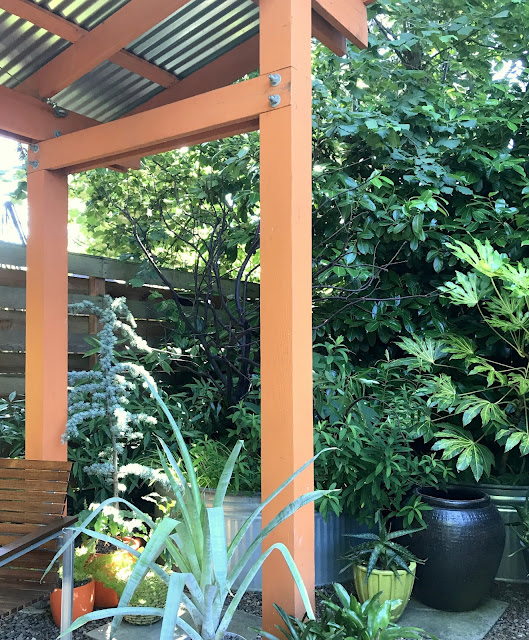 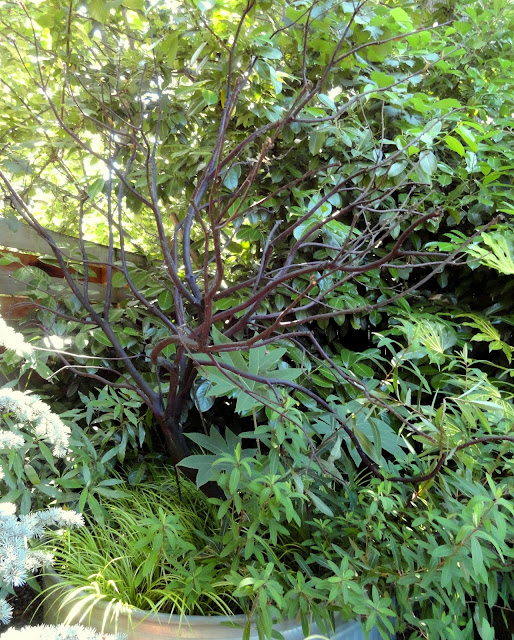 I might try accessorizing it with a little Tillandsia usneoides, you know, to draw the eye. 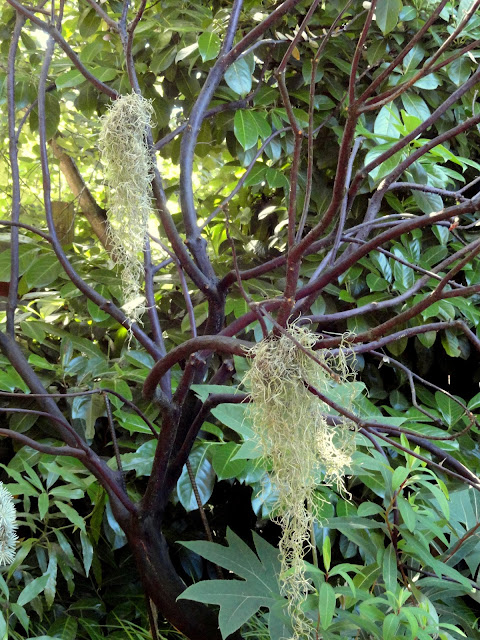 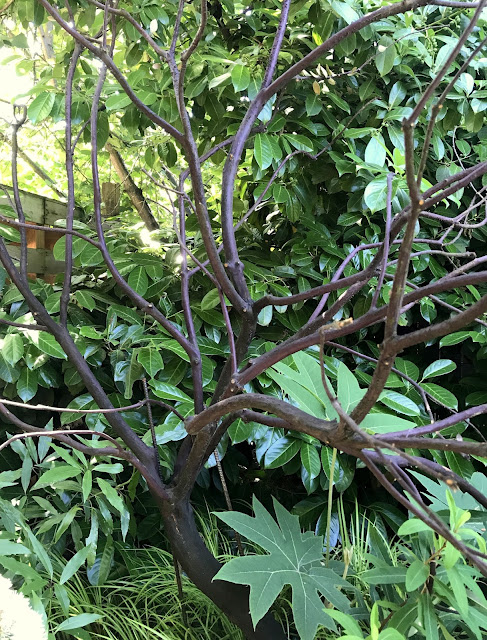 We'll see. Either way I love that this plant, grown from just a 2ft tall skinny whip, lives on even after it's ceased to live... 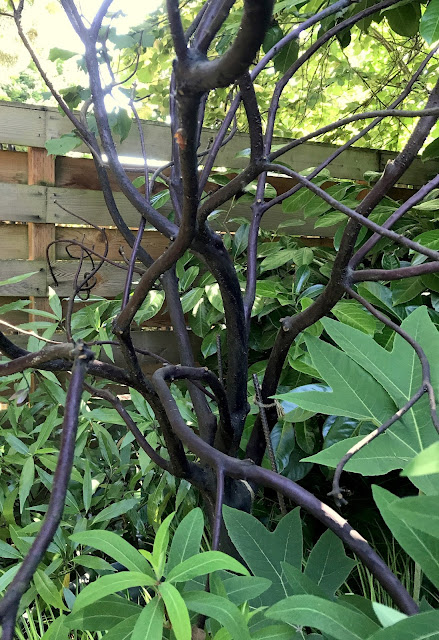