I really didn't think I was going to have any outdoor bloomers to share today, after last week's ice storm, but since there were a few things with flowers I took no chances and snapped photos before the next round (approximately 3" of snow) hit, yesterday afternoon. After all who wants to clean snow off flowers to take a picture? Not I. So without further chatter here's what's blooming in my garden this December Bloomday.

Eriobotrya japonica — last year I found the scent to be overpowering. This year it's perfection. Maybe it has something to do with the cold air? 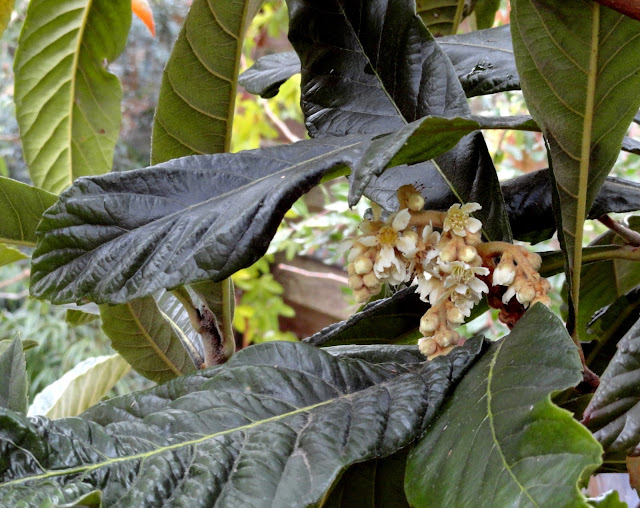 This one slays me (I wanted to write sleighs me). Correa backhouseana it was flat on the ground until Tuesday when it finally started to rise. And yet it blooms on!!! (wonder if it will survive our cold temps over the next few nights?). 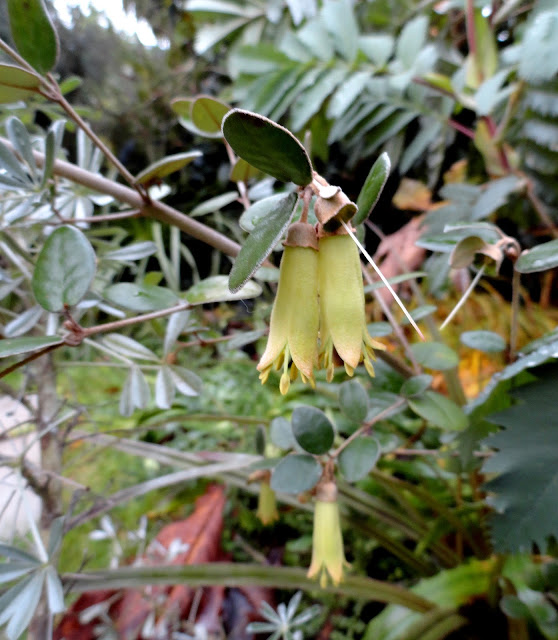 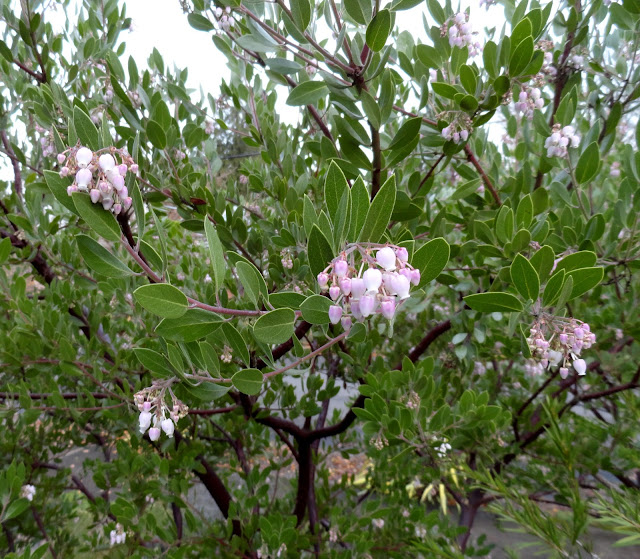 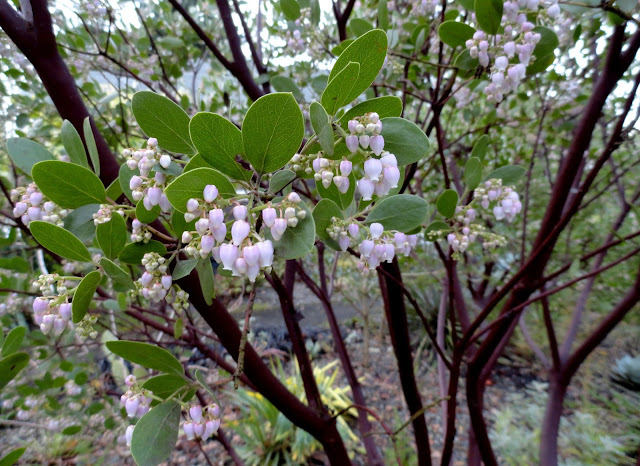 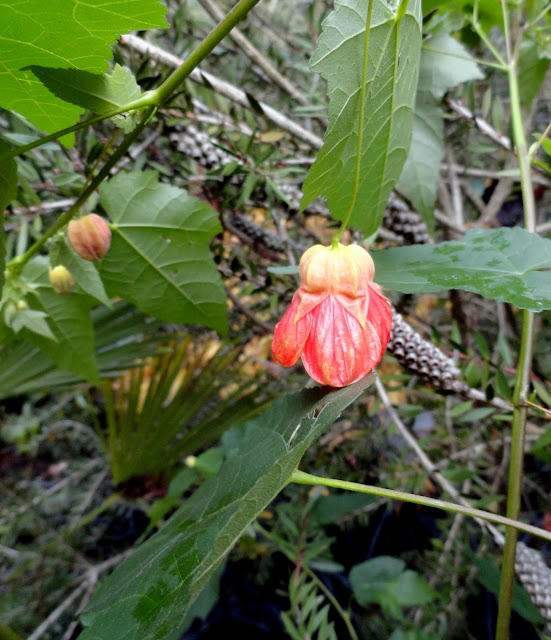 Abutilon nuabyell trying to keep up. But the branch snapped under the weight of the ice so it's a withered bloom. 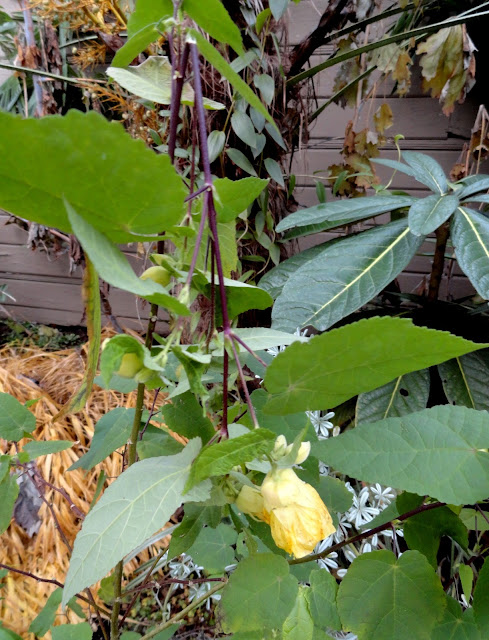 Abutilon megapotamicum 'Red' — broken branches on this one too. Oh well, it needed pruning. 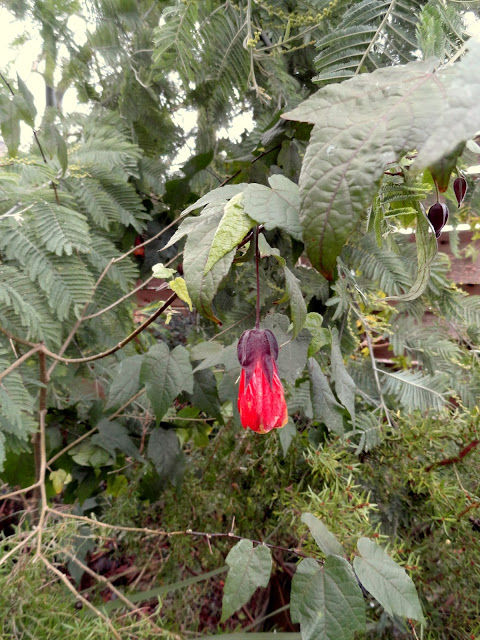 Mahonia x media 'Charity' — I'm so glad this guy remained upright. I saw sad photos of a friend's plants who all toppled over and needed to be cut back. 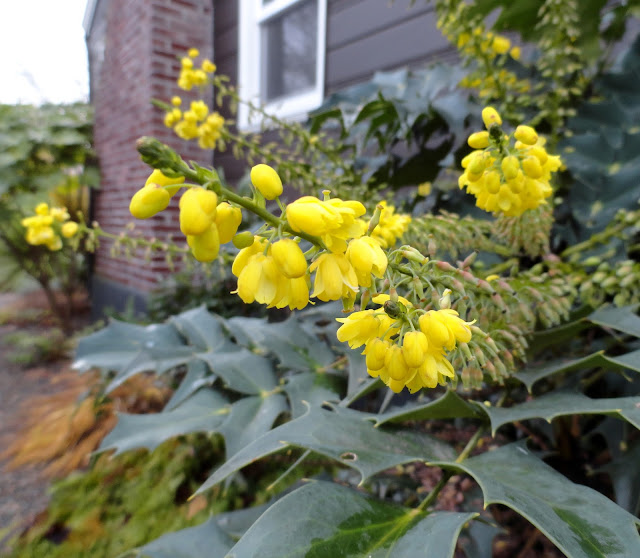 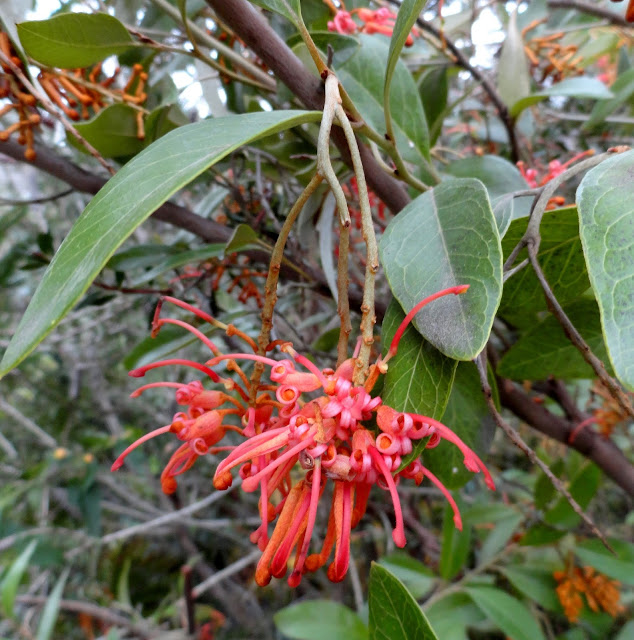 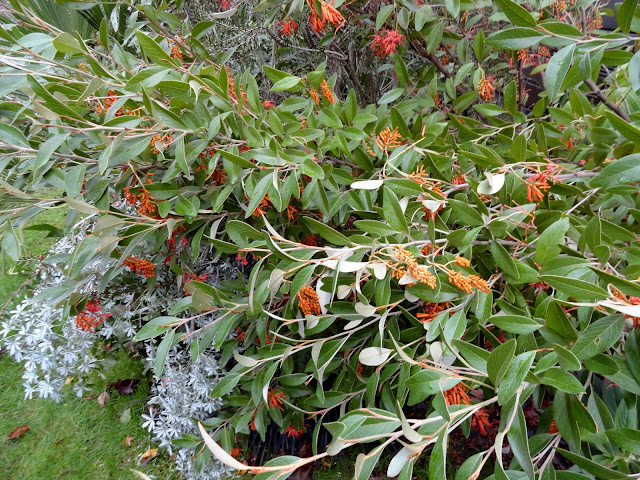 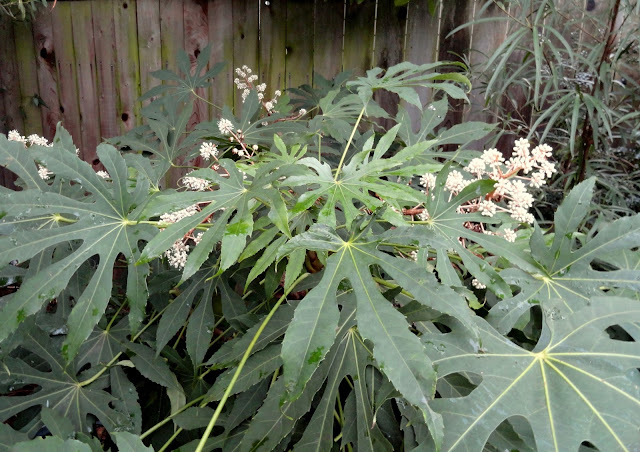 Acacia dealbata, it's been through so much I'm including it even though those are only buds. Plus this might be it's farewell post (cold ahead)... 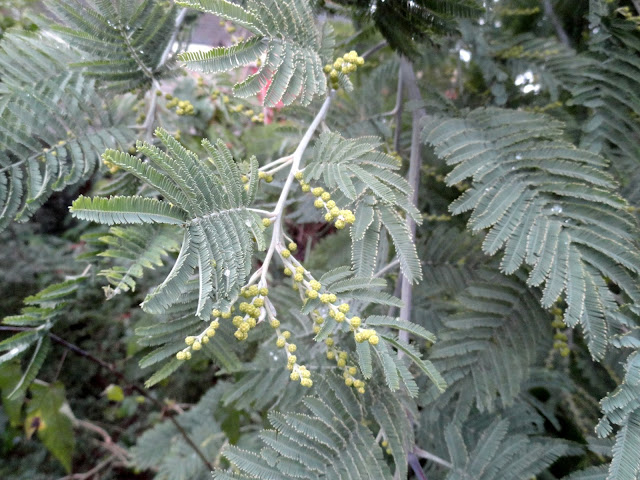 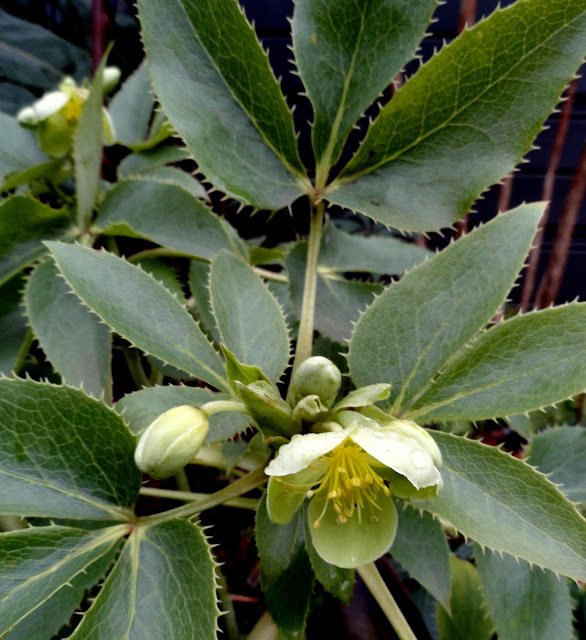 This one remained fairly solid during the ice, not much bending. 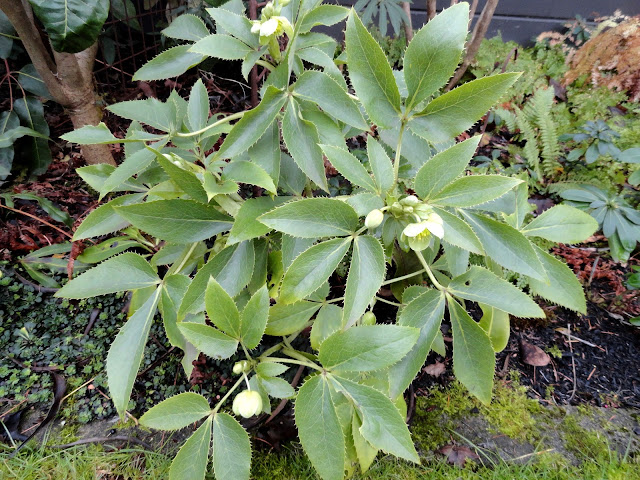 So that's the meager (yet thrilling to me) garden bloom round-up. There are also a few things blooming inside, like the Ludisia discolor. 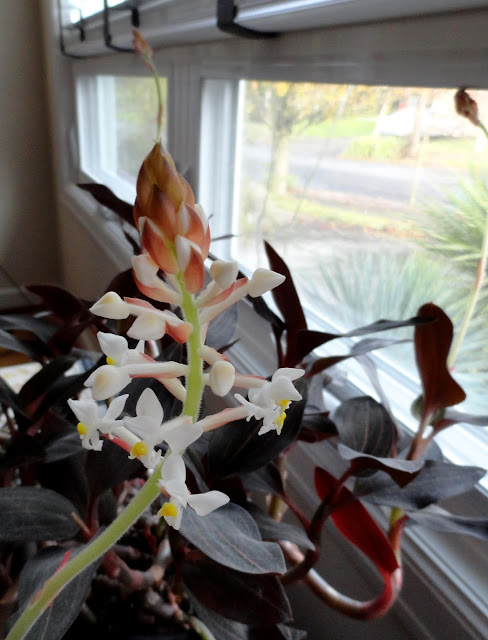 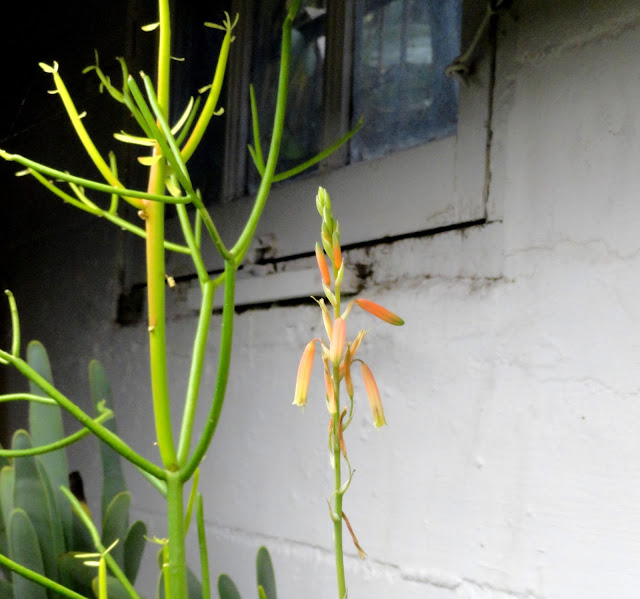 And Grevillea 'Ned Kelly' — which finishes my Bloomday post. Thanks to Carol at May Dreams Gardens for hosting! 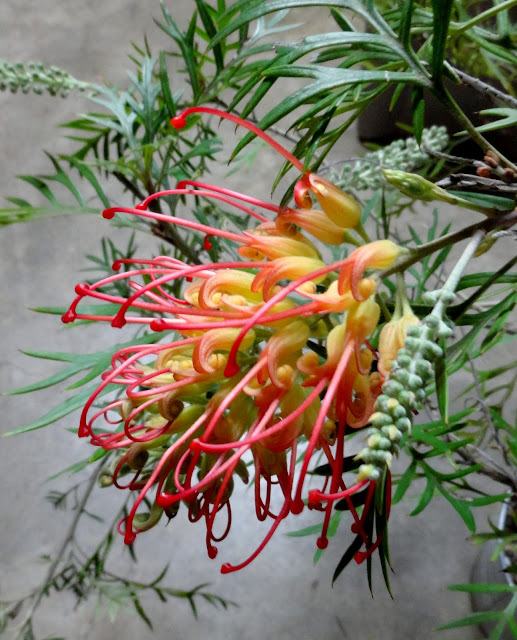 * a note about my word choice — I am well aware that winter doesn't actually start until the 21st but here in Portland we are most likely to get winter weather during the last of November through December and January. So for me, winter is already in full swing.