My stop at DIG on Vashon was part of a long weekend visiting friends in Seattle. There was another nursery I made a point of visiting while there, City People's Garden store on Madison. I've got a long history with this urban nursery. Living in Seattle in the 90's I began my plant addiction in earnest, never mind that I lived in an apartment with only window sills to "garden" on. During my time without a car City People's was walkable and I spent many an hour there dreaming... 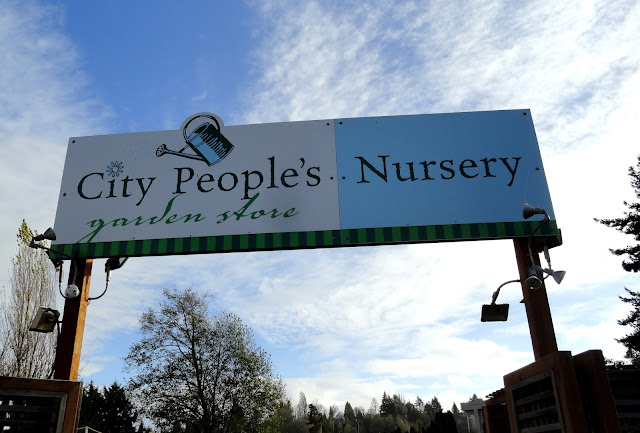 Unfortunately the owners have reached the age where they too are ready to move on and do other things, factor in the land underneath the nursery has become extremely valuable, and selling it to developers was the logical thing to do. Some of the nursery staff are committed to finding another location to continue on — and I hope they do — but it won't be the same. December 31st will be the last day in business for this Seattle institution, so this was my last chance to visit and let the memories wash over me.

Most of the outdoor nursery stock had already been sold, in preparation for Christmas trees! 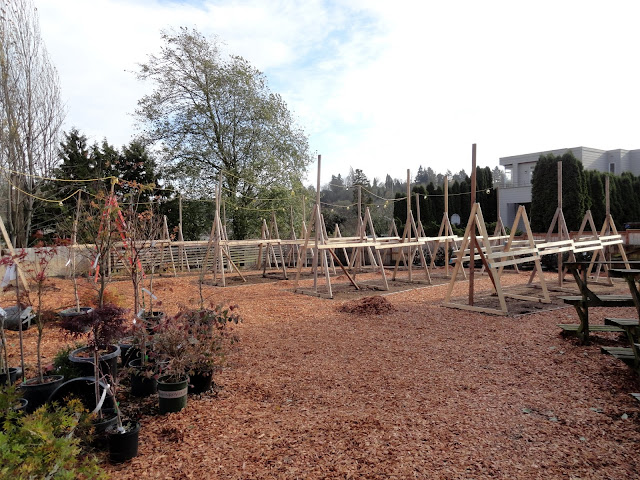 There were a few interesting things left...Selaginella braunii. 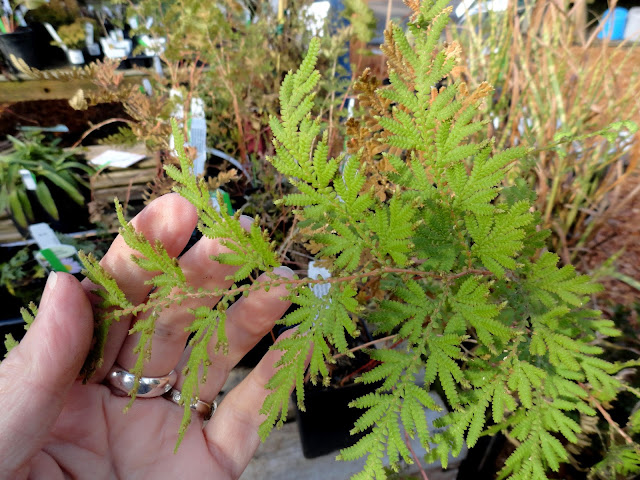 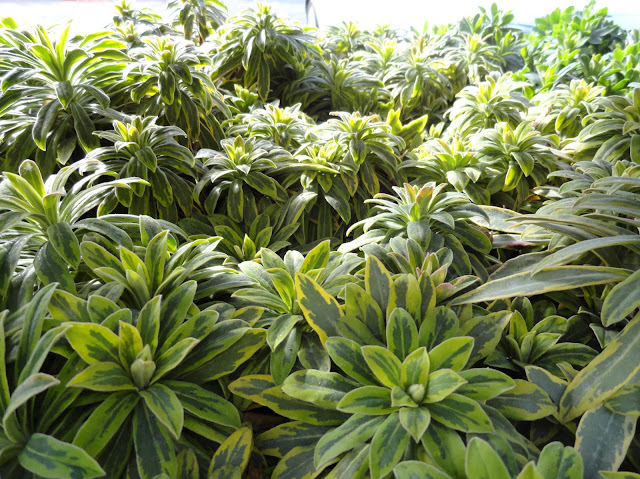 Hebe ‘Jewel of the Nile’ 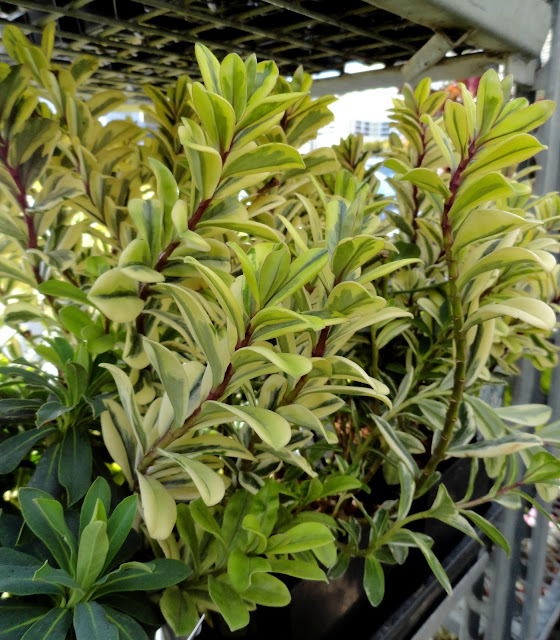 Inside the nursery stock was also rather depleted. Still, looking at these shelves reminded me of all the amazing discoveries I'd made here over the years. Long before I'd ever heard of Cistus, Xera, or any of the other specialty nurseries I'm now spoiled by. 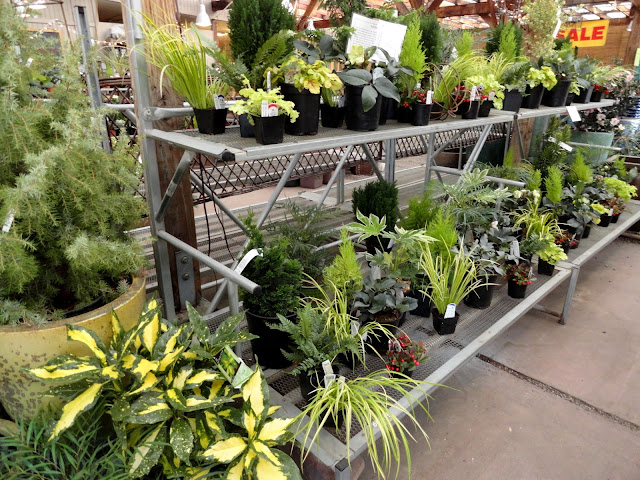 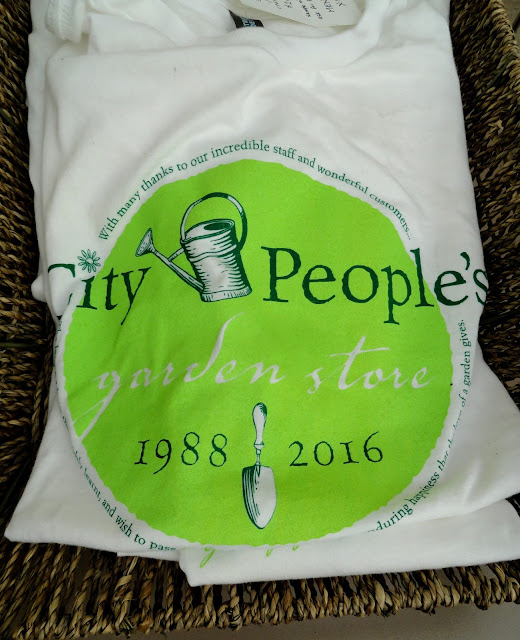 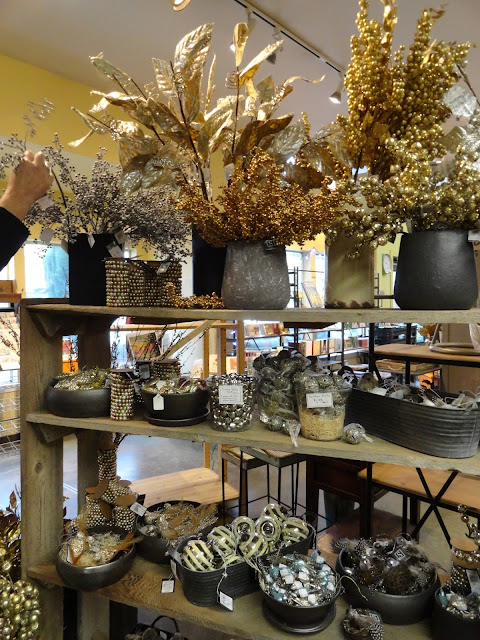 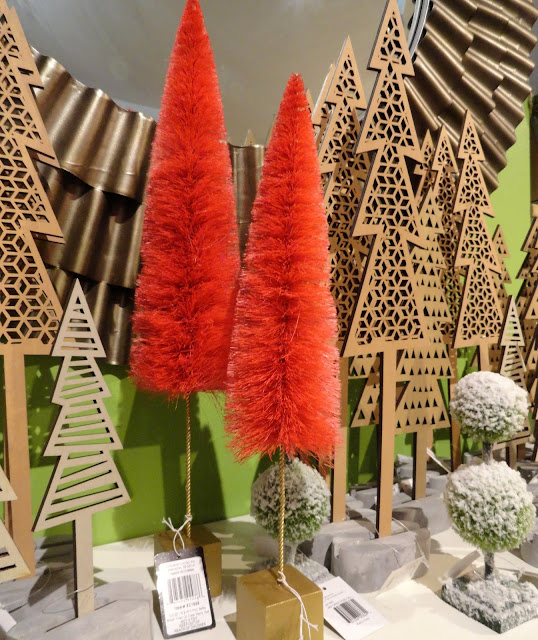 And houseplants, they always have had a wonderful selection of houseplants. 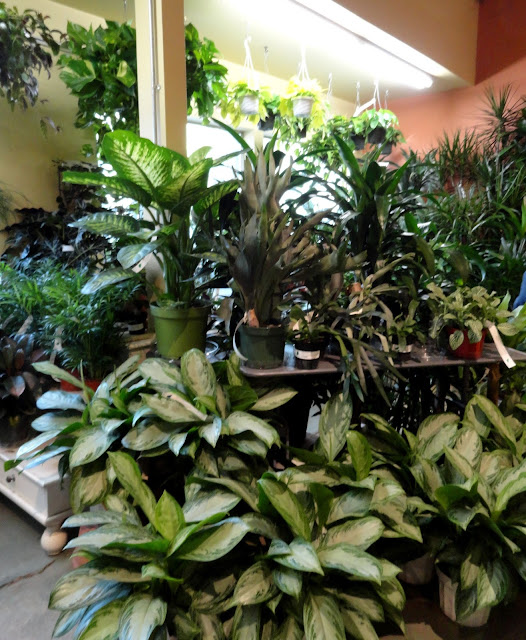 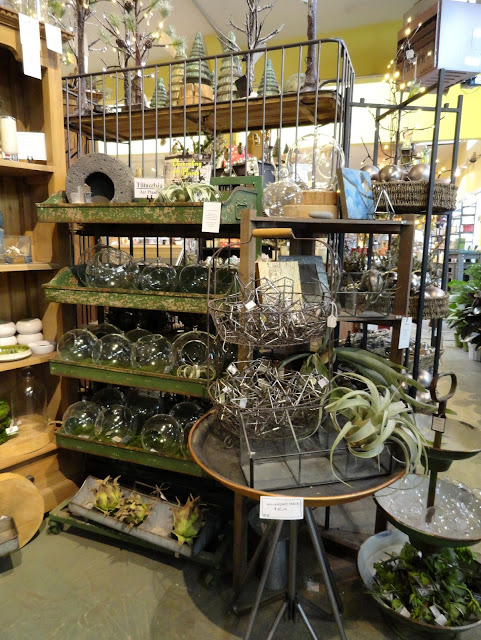 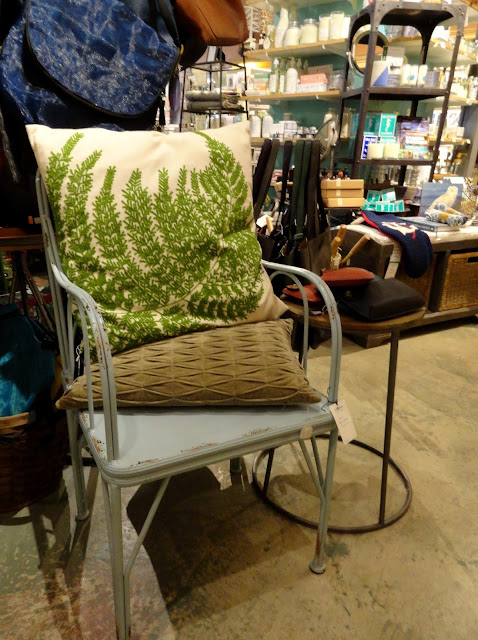 Smelly soaps and candles too. 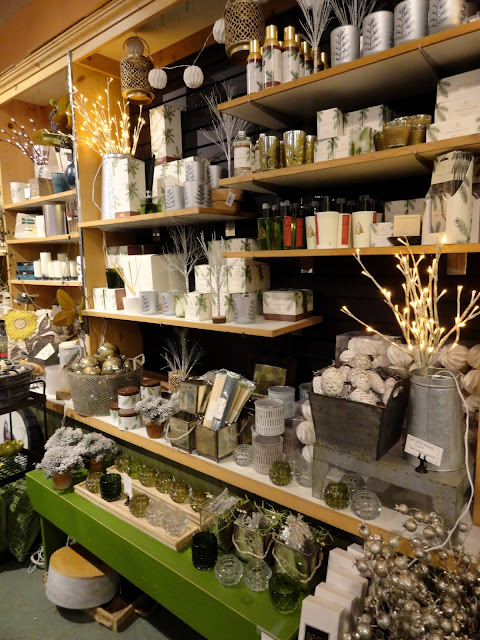 And these! My aging eyes meant I frequently purchased a fun new pair of reading glasses during my visits over the last few years. I bought one this time too — a dramatic black and white frame — sorry no picture! 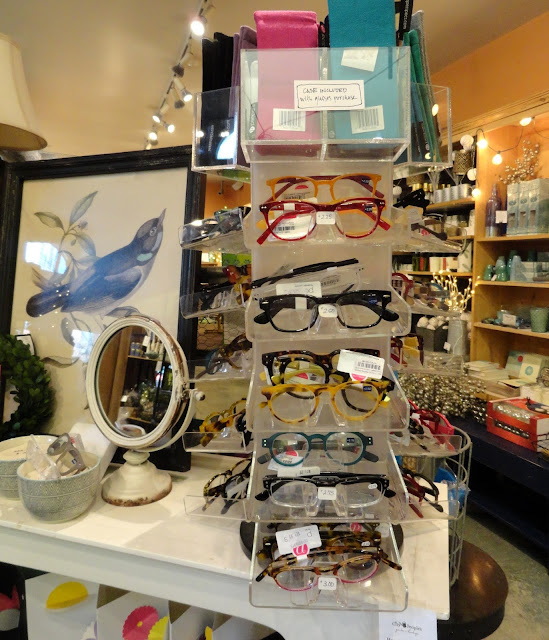 I did think to take a photo of the other purchases though.... 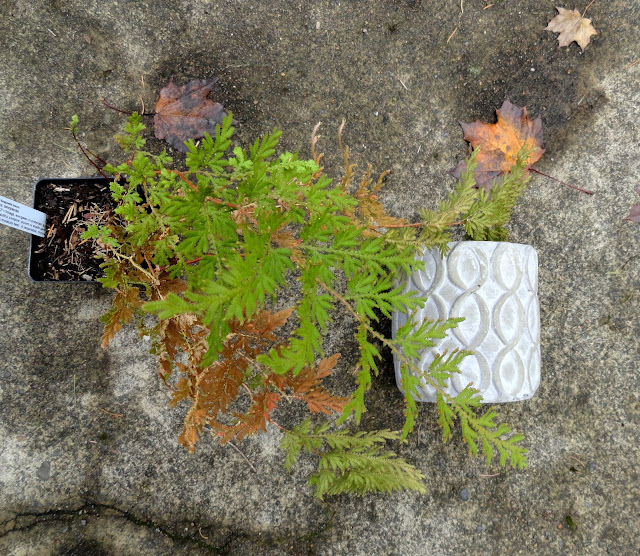 I bought the Selaginella braunii. 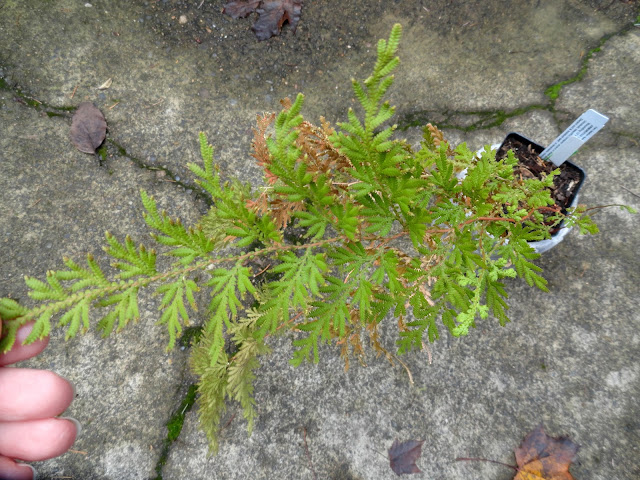 Mainly because I really liked the texture but also because of it's common name. Arborvitae Spikemoss...I found that hilarious! 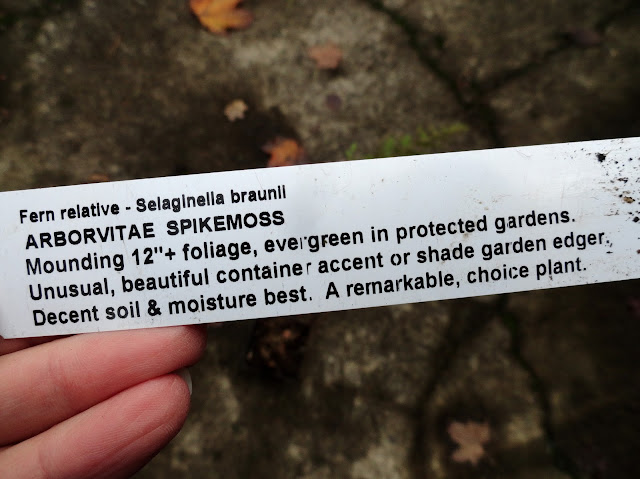 And since they had a larger version of the same container I bought at Pomarius I figured it was meant to be. 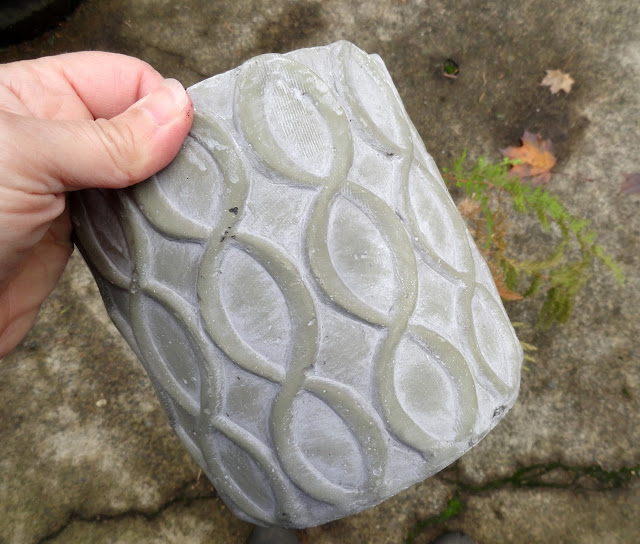 Not sure what I'll grow in it since it's sealed with no drain hole. I'm sure I'll think of something! Thanks for all the good times City People's, you will be missed...*** 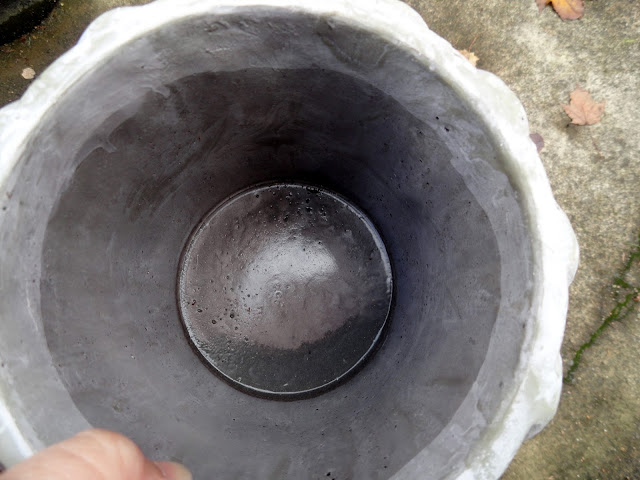 (***Update, evidently the proposed development of the site has been stalled and there's a chance a temporary lease may be signed, allowing them to stay in place for 2017 more here, TBC***)