I'm dreaming of a chartreuse Christmas (part one)

Way back when I visited Pomarius, oh let's see....that was...in November (feels like a life-time ago) I fell hard for their chartreuse, "reindeer moss," wreath and vowed to make one for myself. 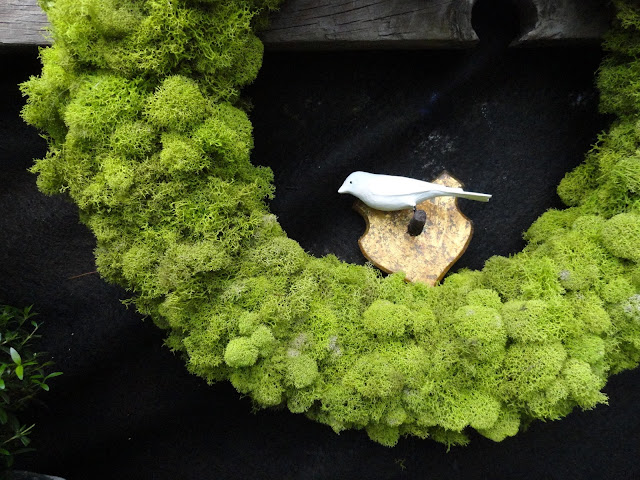 It took awhile but the time finally came. I bought the moss but didn't buy a wreath-form, because I was sure I had several at home. Turns out this was the only one — and how do you glue moss to 4 thin wires? 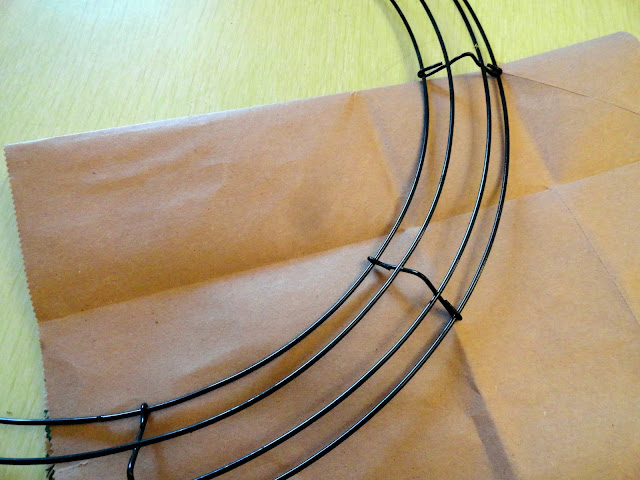 You cut strips from a paper bag first, and wrap them around the form, that's how. 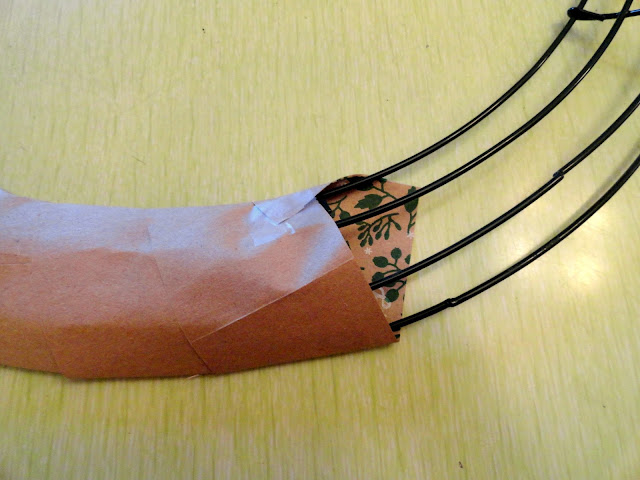 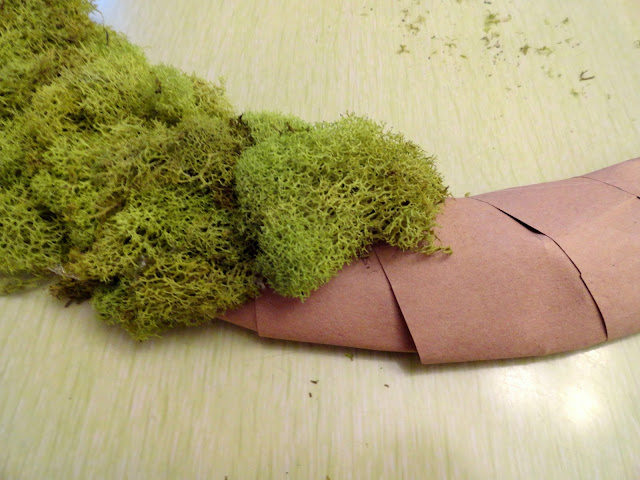 However there was one other problem I hadn't considered.

What was I thinking?

Our door is the same color as the moss...

It's not even going to show up! 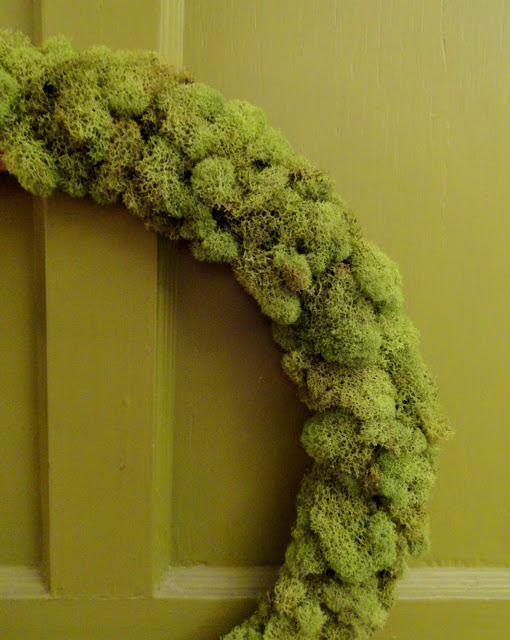 After brainstorming several solutions, all of which complicated the wreath (add cones, add dark leaves, edge it with ribbon, etc...) Andrew said "don't you have some fabric, maybe burlap, you could hang behind it?"...why yes, yes I do! That's better... 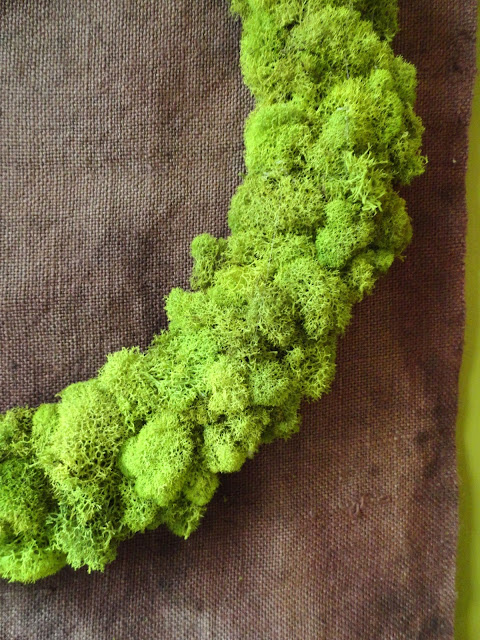 I did end up adding a little ribbon though, it needed a cheery touch, lest it veer into the austere. 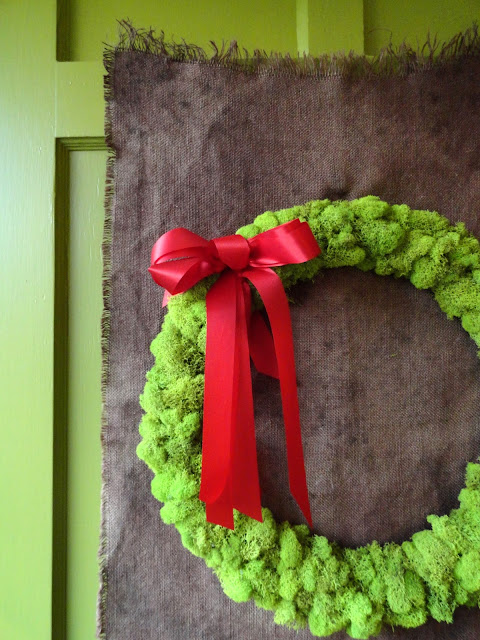 After all Andrew had christened the burlap very "biblical"... 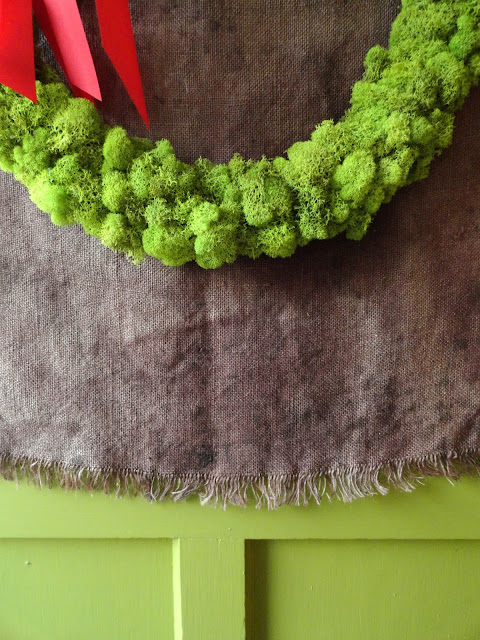 He also told me about a trip he and his family made to British Columbia when he was a kid (growing up in Nebraska). It was the first time he'd seen what he calls "railroad moss" in nature and couldn't believe it was real. 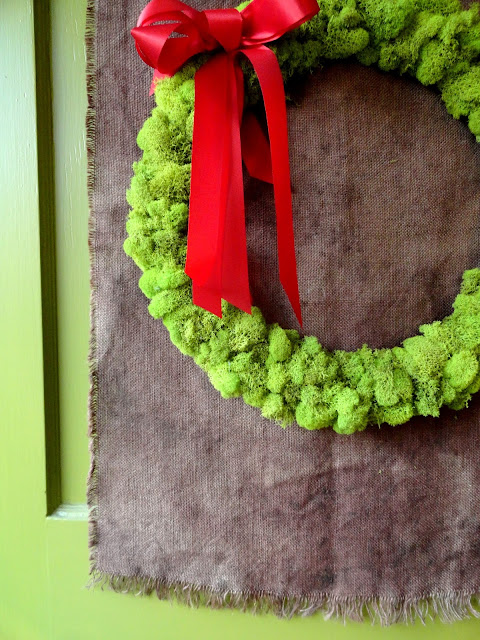 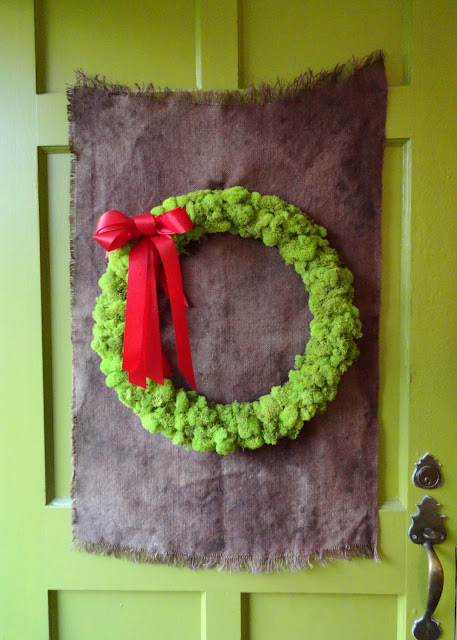 And since we keep the front door open on most days (all but the coldest), it's part of the inside Christmas decor too. Here it is reflected in a mirror... 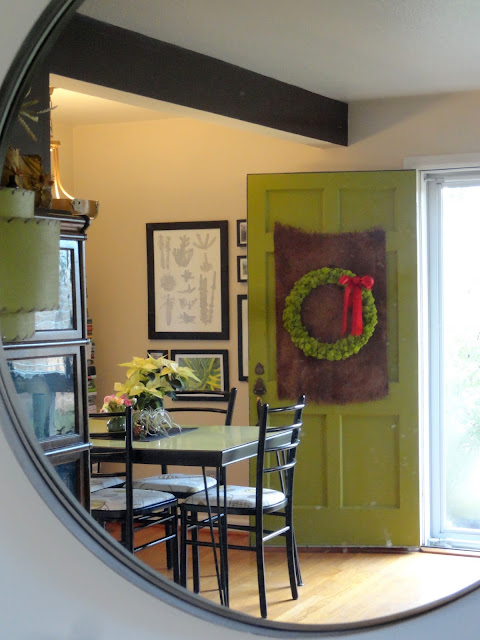 And behind glass, view from outside... 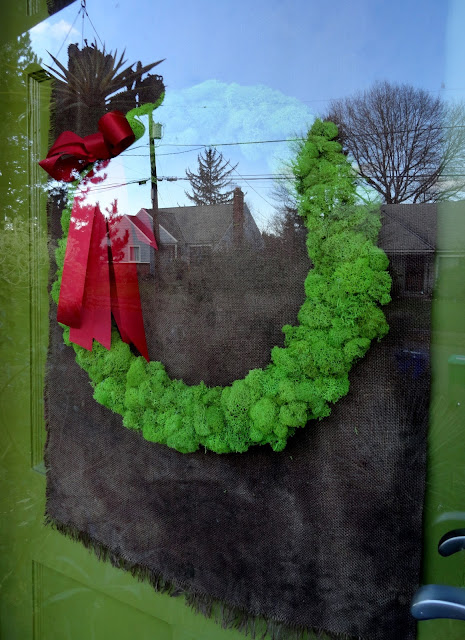 This was super easy to make and since one bag of moss (it took two) was half-off (never, ever, pay full price at Michael's!) and I already had everything else needed, this wreath cost me about $11...yay! I've seen a lot of people making wreaths this year, some really inspired, have you made one?